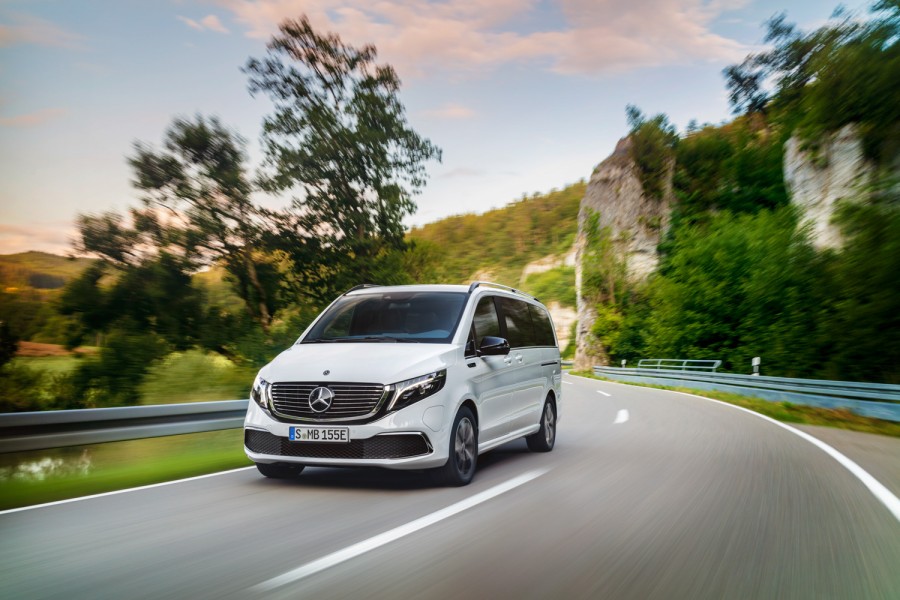 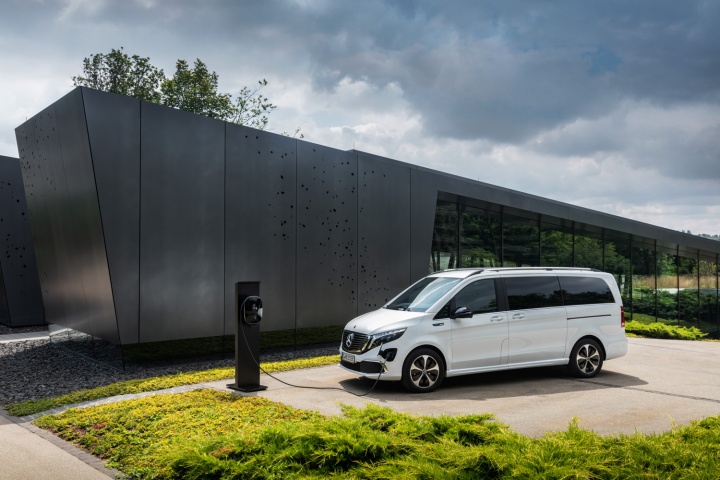 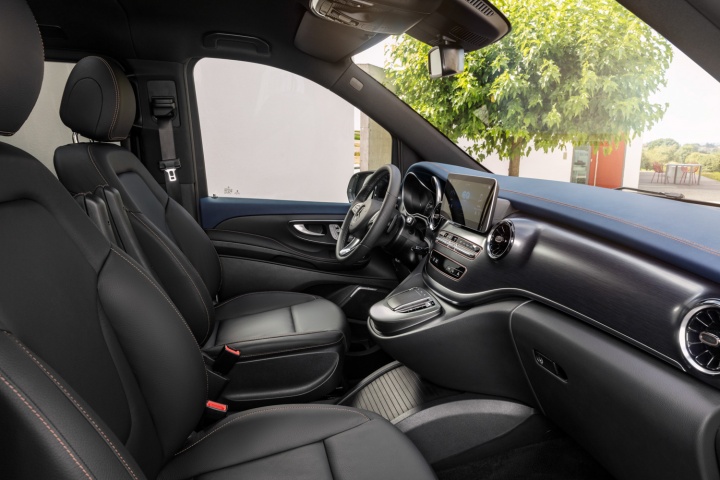 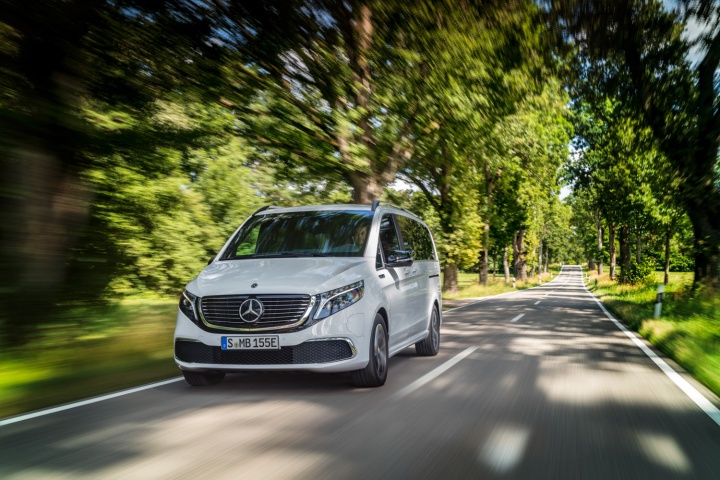 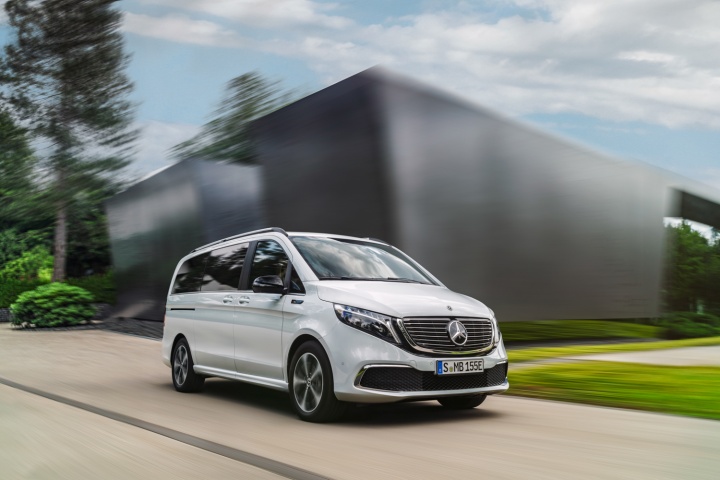 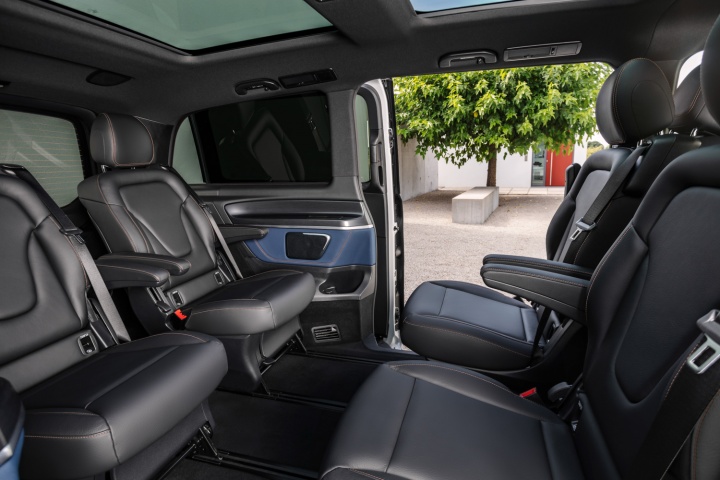 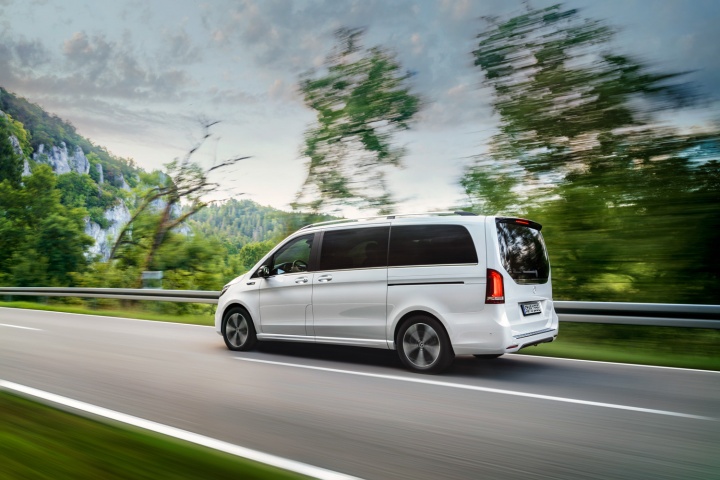 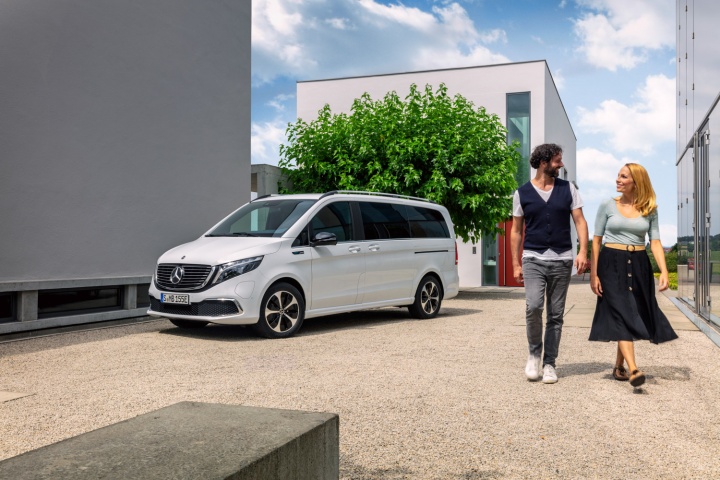 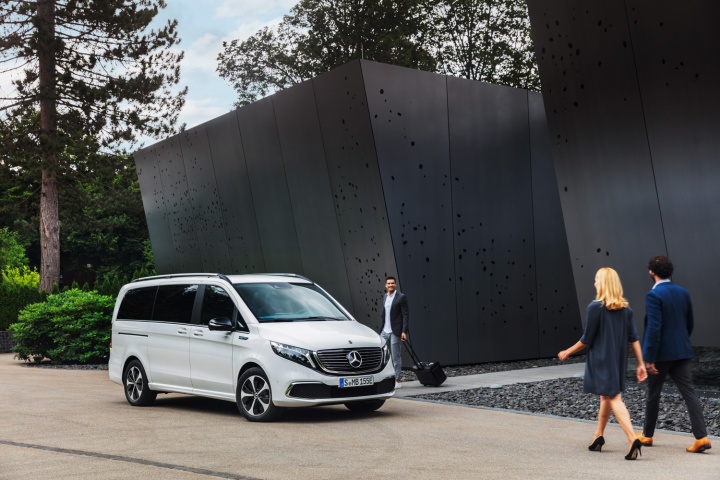 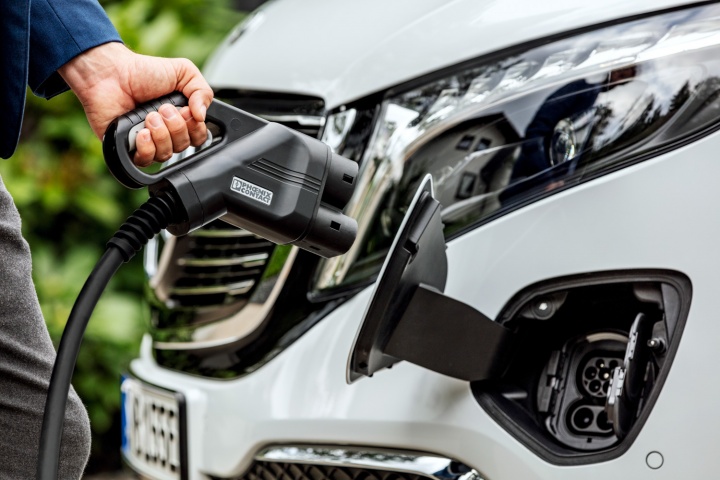 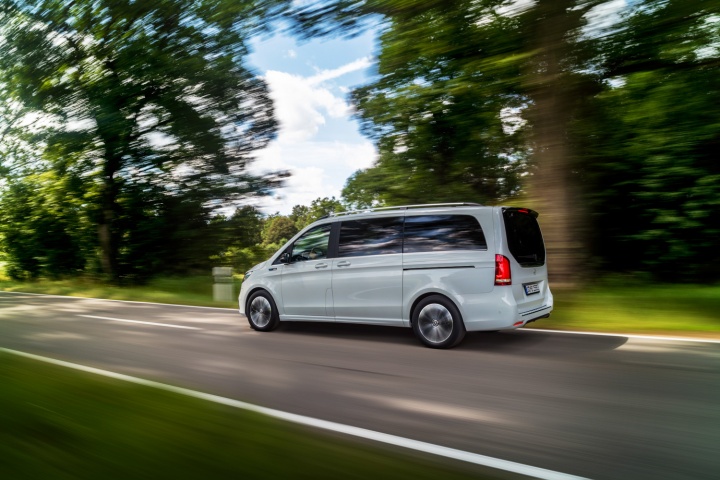 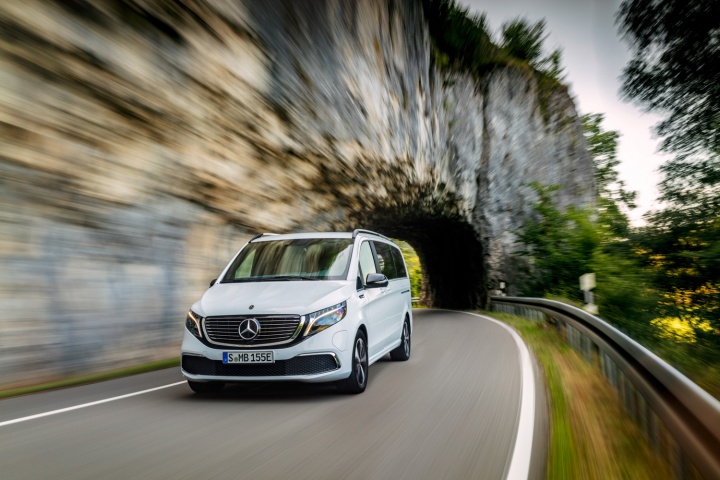 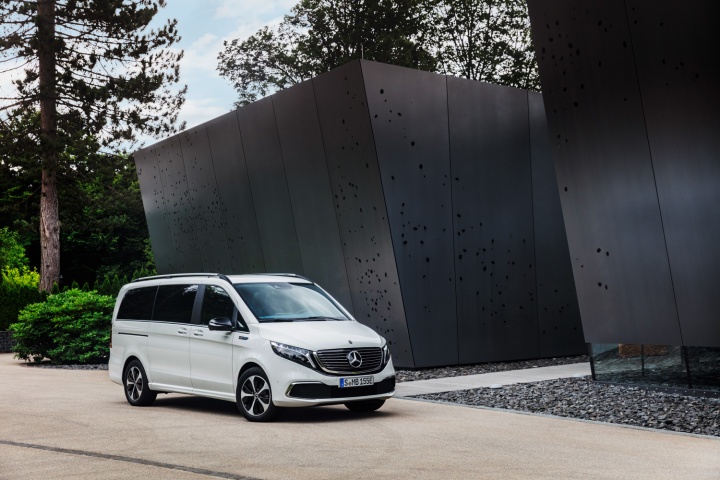 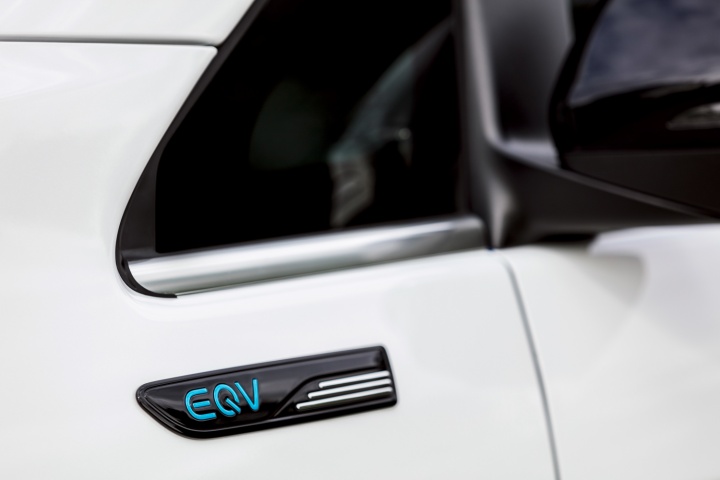 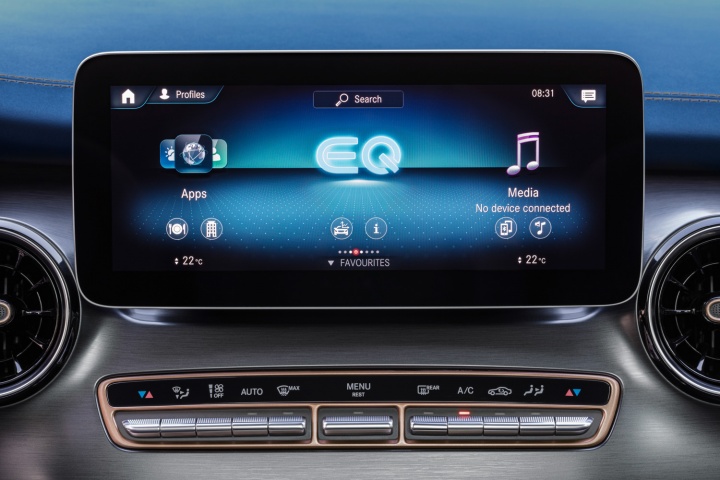 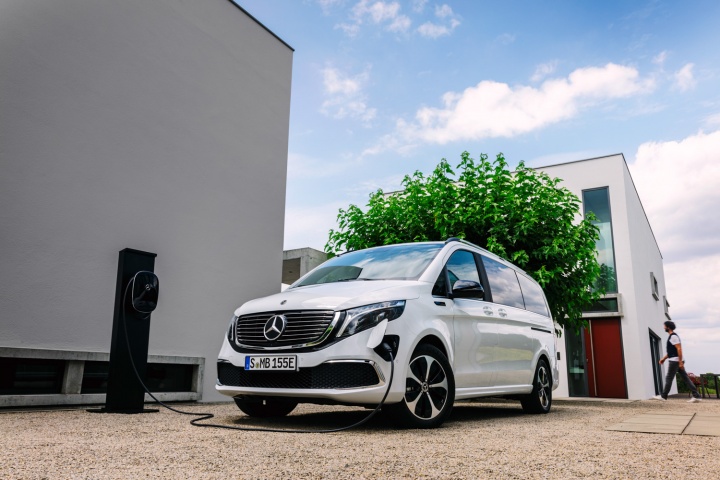 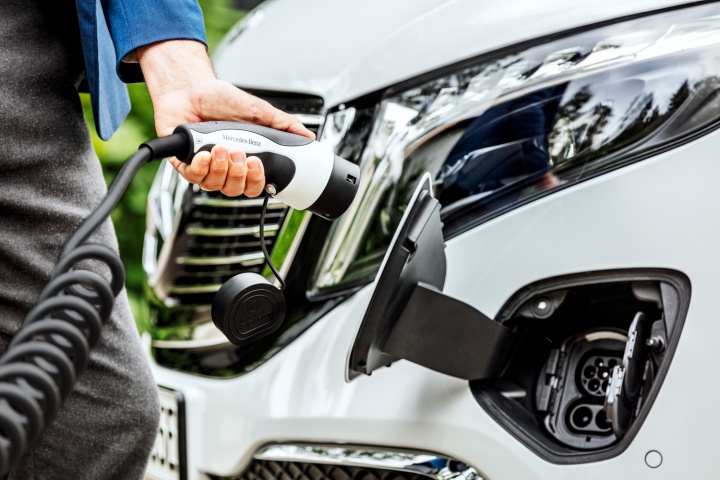 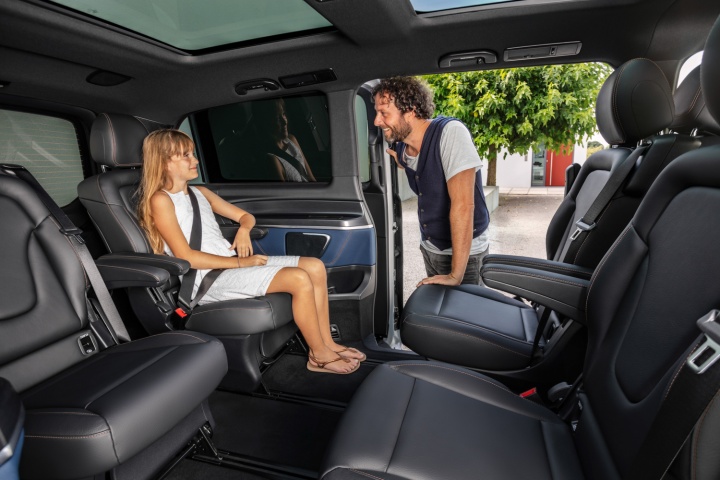 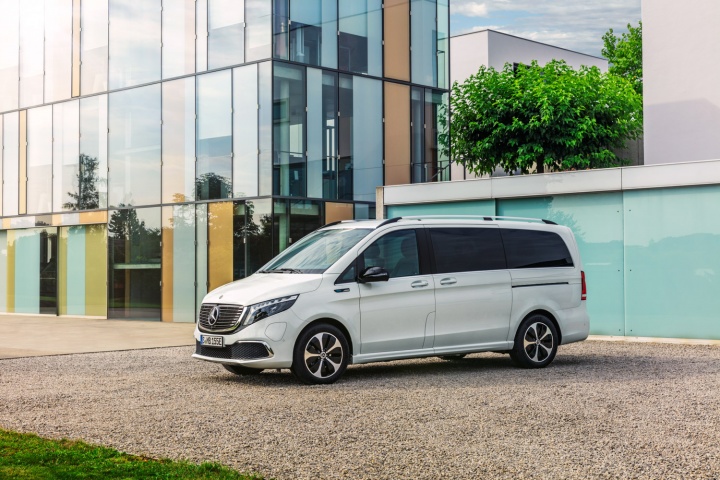 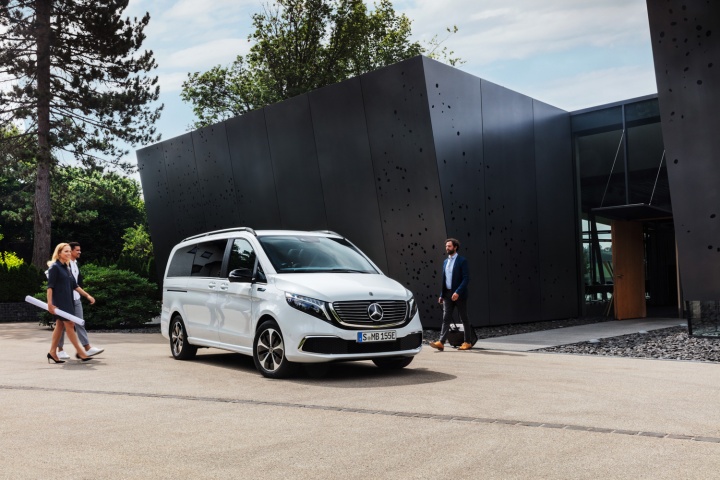 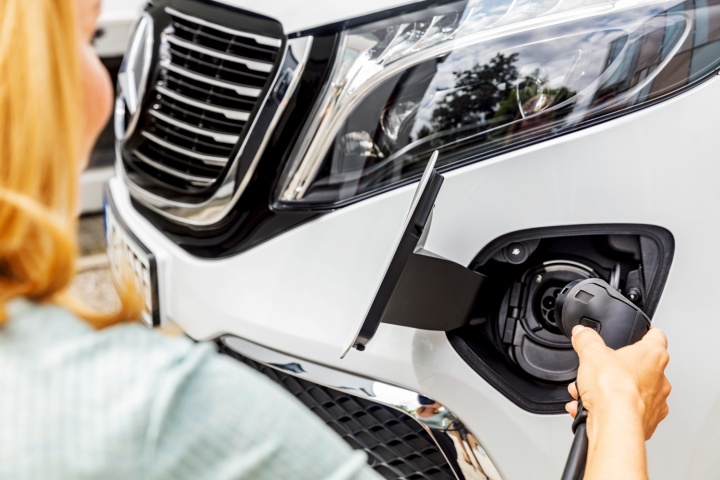 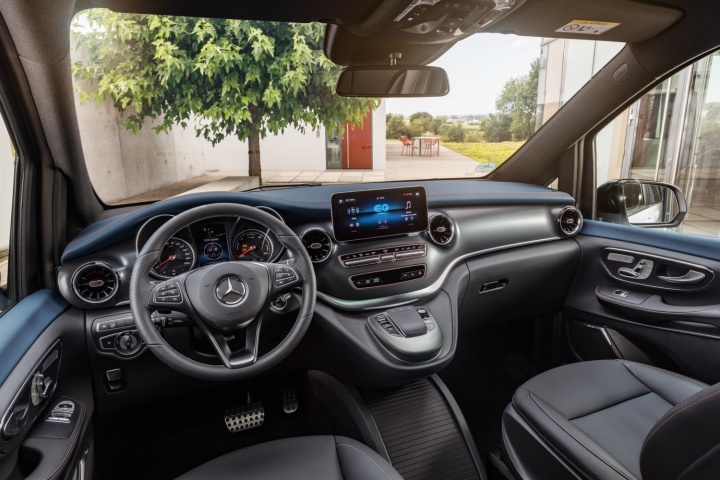 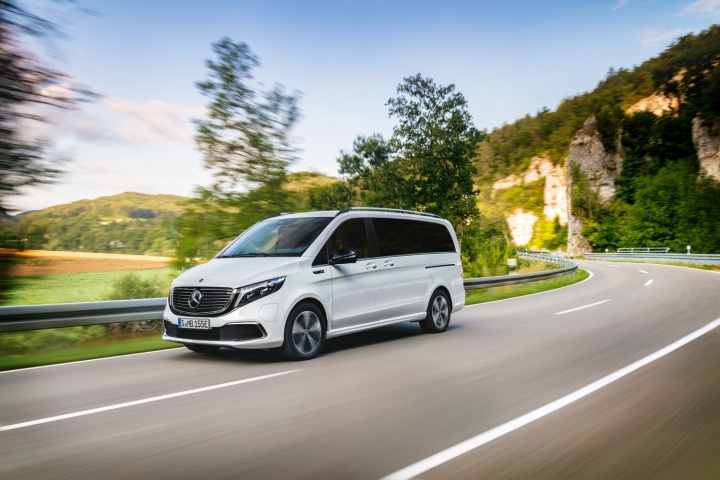 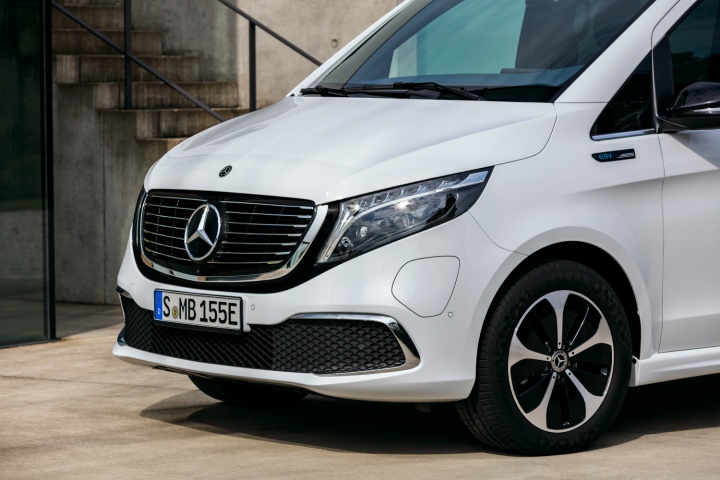 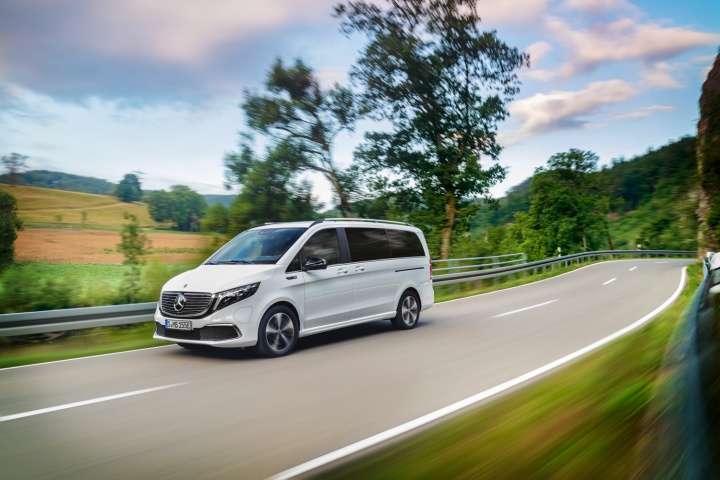 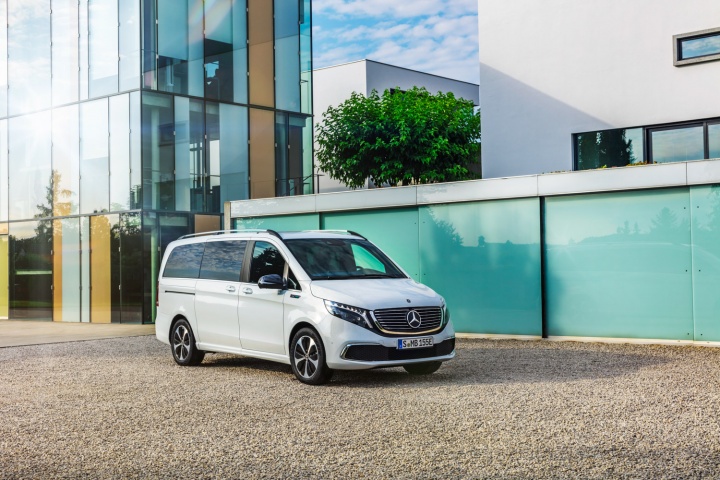 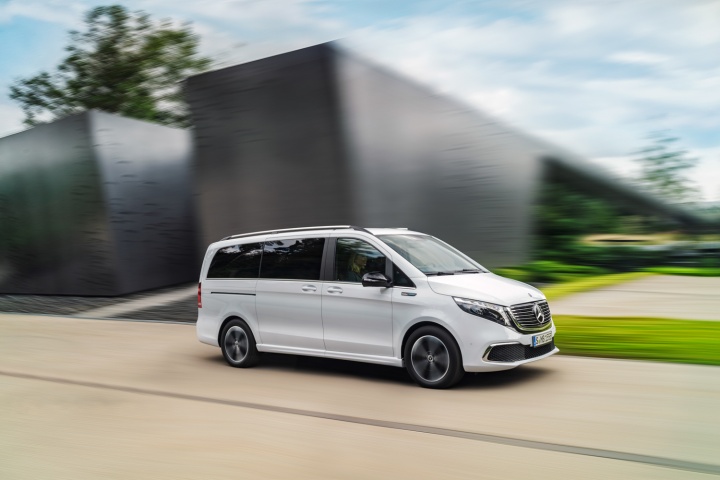 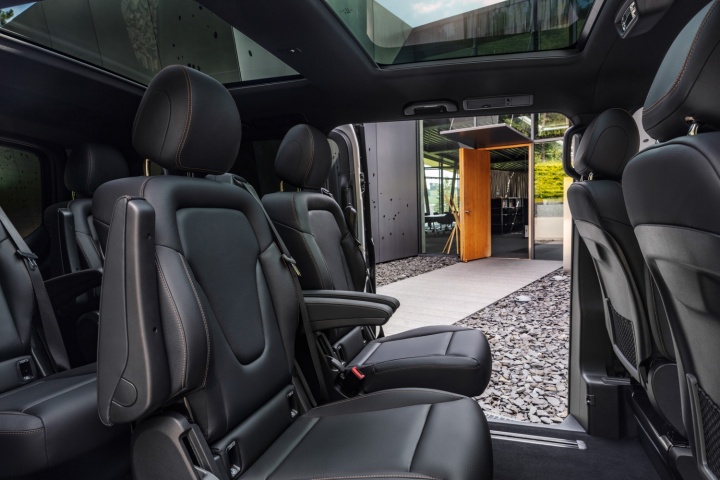 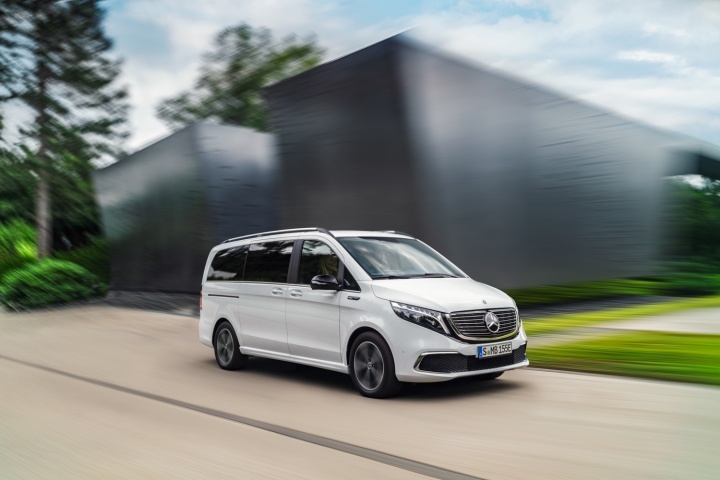 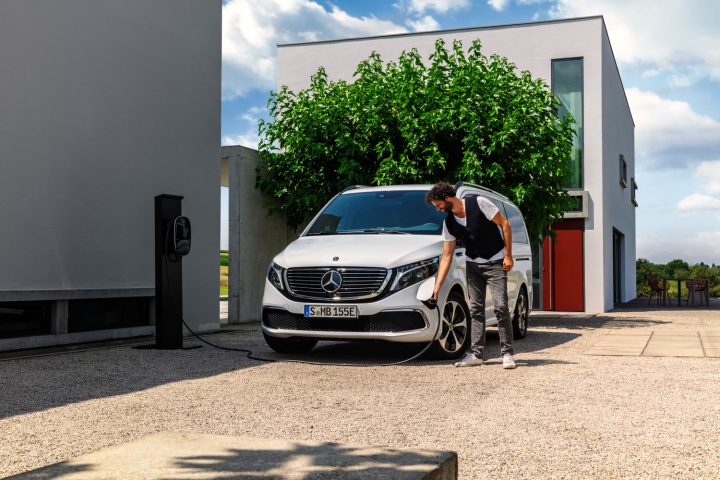 The Mercedes-Benz EQV will have a 405-kilometre range.

Mercedes-Benz has introduced its second full-electric model to join its EQ range. The Mercedes-Benz EQV is based on the V-Class people carrier and will begin silently shuttling families and VIPs around in near silence from the middle of next year.

The production version is almost identical to the Concept EQV that debuted at the 2019 Geneva Motor Show. It's differentiated from the regular V-Class by some unique styling around the front grille and EQV badging on the front wing, below the A-pillar. Bespoke 18-inch alloy wheels are aerodynamically optimised to reduce drag.

Buyers will have the choice of two wheelbase lengths, 3,200mm and 3,430. Inside there is a choice of different seating configurations to choose from, ranging from six to eight. The luggage capacity is 1,030 litres depending on the configuration specified.

As with the current crop of new Benz models, the EQV utilises the company's MBUX infotainment system. Among its highlights is voice control that is activated by saying 'Hey, Mercedes'. A 10-inch touchscreen enables the user to access several aspects of the car's entertainment system and the relevant EV and navigation functions. Users will be able to remotely access the vehicle via the Mercedes Me smartphone app in addition to performing tasks such as pre-conditioning the cabin temperature or monitoring the battery charging process.

The lithium-ion battery, which has a usable capacity of 90kWh, is conveniently located beneath the floor of the EQV, resulting in no loss of passenger foot space. When fully charged the Mercedes EQV is capable of a driving range of up to 405 kilometres. Its water-cooled 11kW onboard charger is located in the left corner of the front bumper. Mercedes has also equipped the EQV with rapid charging capabilities, DC charging is possible through the CCS connection at up to 110kW, recharging the battery from 10- to 80 per cent in under one hour.

A single electric motor produces 204hp and drives the front wheels. The top speed of the Mercedes-Benz EQV is 160km/h, though in most instances these will be operated at lower speeds thus prolonging the driving range. By locating the battery beneath the floor, there is an added benefit to the handling characteristics, though quite how many passengers will pick up on it remains to be seen.

Whether you're looking for an electric car capable of accommodating the entire family and the accompanying equipment and paraphernalia that goes with that, or you're in the business of moving people and want to cut emissions, the Mercedes-Benz EQV is an alternative the some of the pricey electric SUVs out there like Mercedes' own EQC and rivals like the Audi e-tron and Jaguar I-Pace.

Mercedes-Benz also plans to introduce a commercial vehicle variant, called the eVito. This van joins an electric version of the larger Sprinter van.

Commenting on its launch, Sales Manager for Mercedes-Benz Ireland, Ciaran Allen, said the EQV represents "a new milestone for the Mercedes-Benz EQ technology brand." The Mercedes-Benz EQV is set to go on sale in Spring 2020 with first deliveries expected to start from the summer.