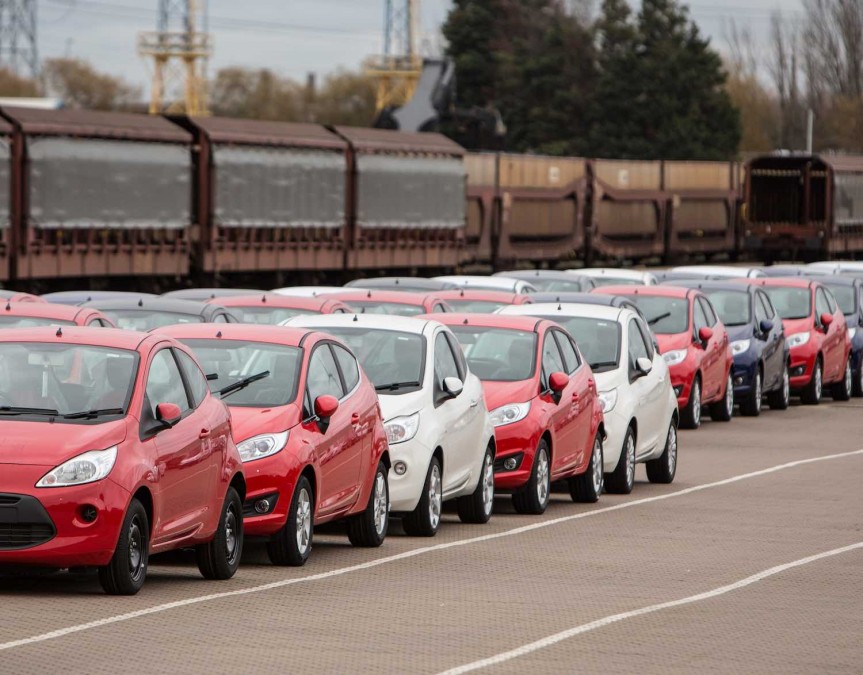 The Society of the Irish Motor Industry (SIMI) has called on the Irish Government to do more to stem the tide of imports from the UK. Quite apart from the fact that increasing numbers of imports are wrecking the business plans of SIMI members, the Society says that there is an environmental imperative in stopping imports.

"The 192-registration period is generally a period of upturn for new vehicle sales however July has replicated the first 6 months of the year and proved a disappointing month for new cars, down over eight per cent on last year" said Brian Cooke, SIMI's Director General. "There continues to be a surge in used car imports, the majority of which are coming from the UK. While Brexit is clearly a factor in this increase, Ireland's taxation system overburdens new cars, causing motorists either to hang on to their older smokier cars or look to the UK for an older import."

Cooke maintains that UK dealers and car sellers are effectively using Ireland as a 'dumping ground' for older diesel cars, which have fallen out of favour with British buyers. "Over the last three years we have imported 150,000 cars that do not meet the latest EU emission standards, which in effect means Ireland has become the dumping ground for older cars the UK doesn't want" he said. "This is not only bad news for Irish retailers and their employees, but also bad news for Ireland's environment. Budget 2020 represents a real opportunity for Government to redress the balance, by implementing taxation changes that encourage the sale of new cars and to focus any taxation increases on older used imports. The Irish Motor Industry is committed to playing its part in reducing emissions and the renewal of our national fleet with new and newer cars is key to achieving this. We cannot allow Ireland to continue as the UK's dumping ground for older more environmentally damaging cars, which only improves their environmental performance at the expense of Ireland's."

The 192 registration period, which kicked off on July 1st, has seen more turmoil for Irish car sellers. The market for new cars fell by 8.4 per cent compared to July 2018, reversing a small upward trend in new car registrations in the previous three months. By stark contrast, used imports rose by 16 per cent in July, compared to the same month last year, bringing the total number of used imports to 62,505 - a 4.2 per cent increase on this time last year. The thing that's scaring the Irish car industry more than any other right now is that imports are now likely to equal the number of new car registrations, if not this year, then almost certainly next year. It's a national issue too, not just one for the motor trade - SIMI has already pointed out that for every 10,000 new car registrations, the exchequer rakes in €101 million in Vehicle Registration Tax and VAT. For every 10,000 imported cars, the figure is only €35 million.

The only bright spot in Irish car registrations continues to be electric cars, which are fast finding more customers. Registrations for the year to date have risen by 192 per cent, bringing the total number of electric registrations to 2,689. 735 EVs were registered in July alone.

Volkswagen continues to hold the top spot in the overall sales charts, followed by Toyota, Hyundai, Ford, and Skoda. Significantly, the Toyota Corolla has now overtaken its rivals to become the best-selling car model in the country, marking the first time since 2015 that something other than the Nissan Qashqai or Hyundai Tucson has held the overall top spot. The Tucson currently holds second place, followed by the Qashqai, then the Skoda Octavia, and the Volkswagen Tiguan.