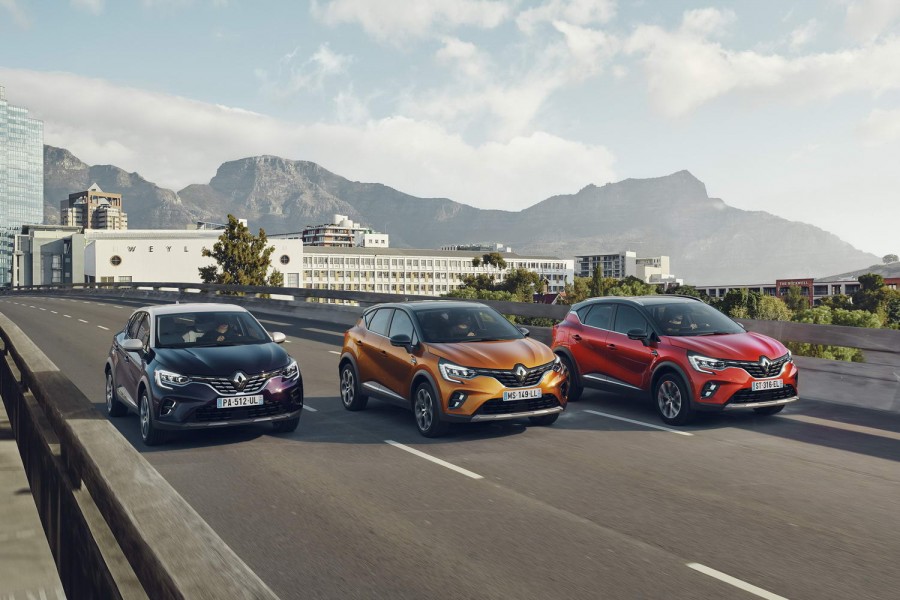 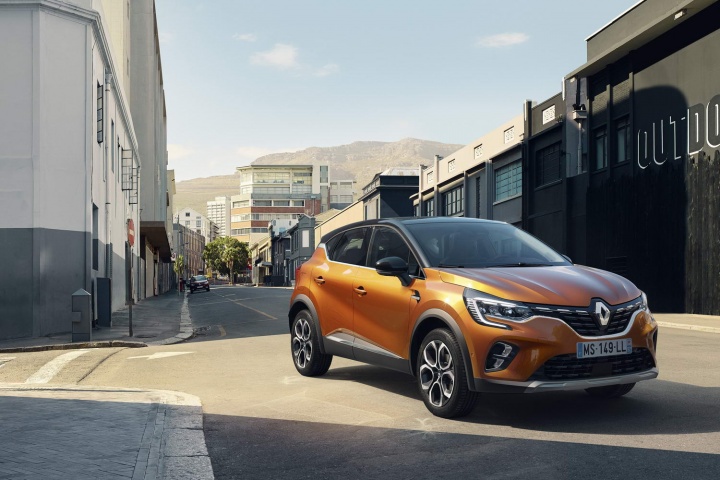 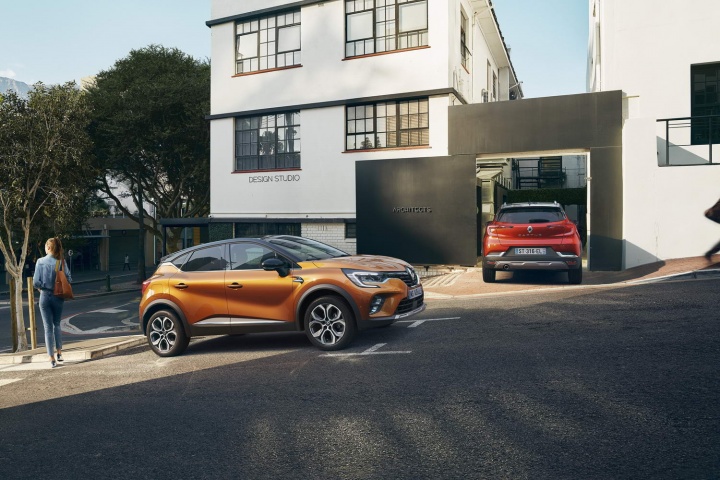 Renault's new Captur will go on sale later this year, and it's clear that the new compact crossover will follow the creed of the new Clio and stick closely to the styling of the outgoing version. That's perhaps not surprising - the old Captur has often been a best-seller for Renault and styling is a major draw for buyers in this segment.

Underneath though (and again, just like the Clio) it's all-new, riding on the updated 'CMF-B' platform that underpins all of Renault and Nissan's small cars. It's 110mm longer and, while the overall styling is very much the same as before, there are new lights, including the C-shaped LED daytime running signature at the front, while the rears have become dramatic, ultra-slim wraparound items.

Inside, much of the hugely impressive interior from the just-launched Clio is carried over, which means that the Captur will see a major improvement in quality, fit and finish. The centre stack of the dash is angled slightly towards the driver, there's a 'floating' centre console and higher-spec versions get the upright, portrait-style 9.3-inch Easy-Link touchscreen, which comes with much-improved software compared to Renaults of old. Base models will get a seven-inch screen.

There are also new digital instruments with either seven or (optional) ten-inch TFT screens, and Renault says that when you combine the ten-inch instruments with the 9.3-inch infotainment screen, the Captur has one of the largest combined digital display layouts in its class.

As with the new Renault Clio, the interior also benefits from lots of soft-touch surfaces, optional mood lighting and, for the EDC dual-clutch automatic versions, an illuminated gear shifter.

There will be more interior space than in the outgoing Captur too. The steering column has been slimmed down to make more space for the driver's knees, while the front seat bases are 15mm longer to boost comfort and support on long journeys. There's 17mm more rear legroom, as well.

Out back, the boot has grown dramatically, gaining 81 litres to make a whopping 536 litres - lots for a compact crossover. On top of that, there's a further 27 litres of storage space scattered around the cabin, and Renault has helped to eke out more space by doing things such as mounting the subwoofer for the optional Bose stereo upright in the boot, in the side panel.

Some of that extra boot space comes courtesy of the sliding rear bench seat, which can move fore and aft through 16cm. The split-fold mechanism means that loads of up to 1.57 metres long can be carried. Useful for IKEA trips...

In terms of colour, there will be 11 different body paint options and five choices for the contrast roof colour - Midnight Black, Desert Orange, Highland Grey or Alabaster White. You can also pick the colours for the car's front and rear skid plates, and the lower door protection strips, so Renault reckons that there are as many as 90 separate colour combinations from which to choose.

On top of that, there are 18 interior colour combos, and you can choose from Caramel, Blue, Red or Turquoise packs to contrast and highlight the Light Grey and Orange options for the main interior panels.

While the Captur will once again largely share its engines and gearboxes with the Clio (so the primary options will be 100hp 1.0-litre TCe turbo three-cylinder petrol and an 95hp 1.5 dCi diesel), the Captur will be the first Renault to be offered as a plug-in hybrid. A development of the forthcoming hybrid option from the Clio, the plug-in Captur uses the same new 1.6-litre naturally-aspirated engine, but gains a 9.8kWh battery, which, when fully charged, will give an electric-only range of 45km, at speeds of up to 135km/h.

The braking system is borrowed from the new Zoe, which means that it's especially good at clawing back extra energy from regenerative braking. Also available will be 130hp and 155hp versions of the new 1.3-litre turbo petrol four-cylinder engine, while there will be a 115hp diesel too.