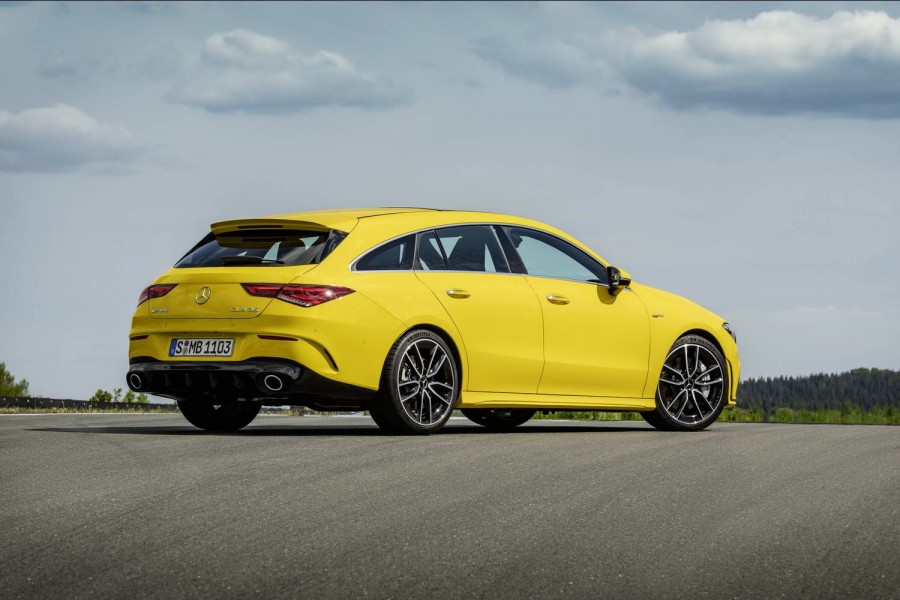 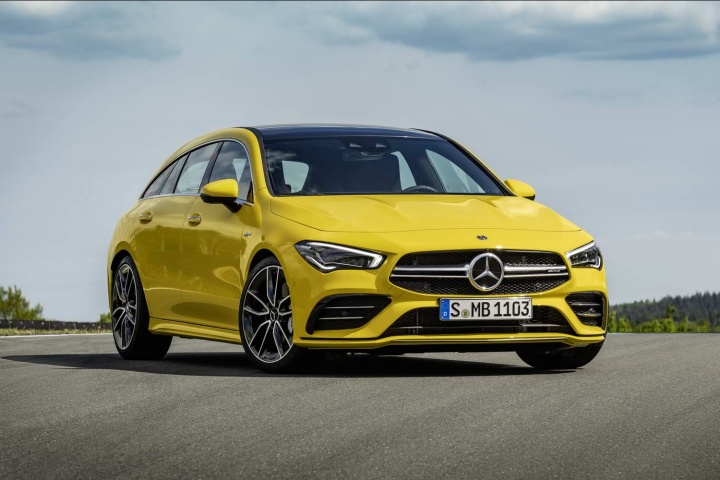 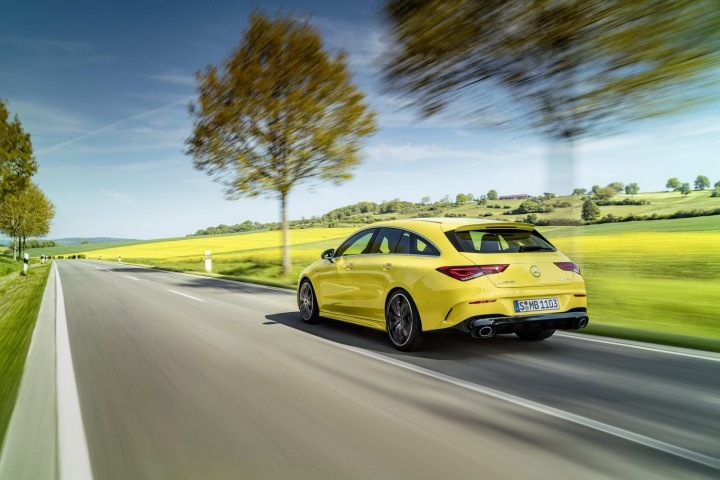 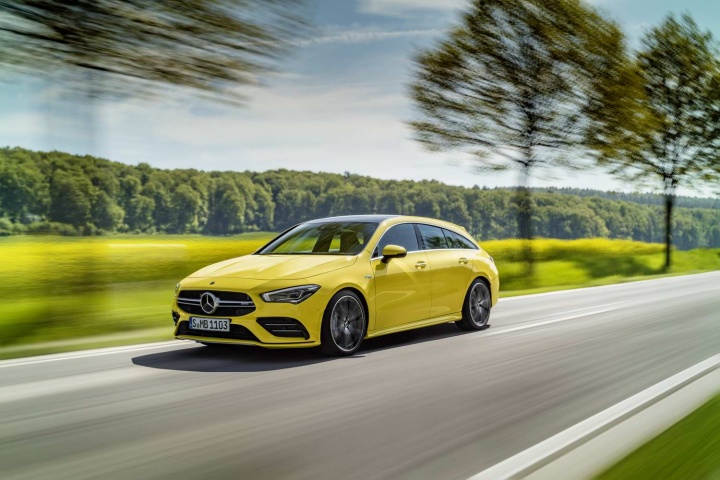 Mercedes-AMG is expanding its range of 306hp compact performance cars with this, the elegant CLA 35 Shooting Brake estate.

As with the already-on-sale A 35 and the two incoming models, the A 35 Saloon and then the CLA 35 (on which this new rapid wagon is obviously based), the CLA 35 Shooting Brake has pretty much the same front end, with frameless windows along the sides and a set of 18-inch alloys coming as standard (19s an option). It's at the back where things change, of course, as the CLA Shooting Brake has the longest roofline of any of the AMG A 35s... and the best looks, we'd argue. Design Packages and Aerodynamics Packages will alter the appearance of the CLA 35 Shooting Brake further, if owners so wish.

Again, like the existing A-Class and CLA 35s, there's an Artico and Dinamica-upholstered interior with sports seats and displays for the impressive MBUX infotainment, so the news here is that this is the most practical of the AMG 35 models announced so far, with a 505-litre boot to match the regular Shooting Brake that was announced at the Geneva Motor Show earlier this year.

Powering the CLA 35 Shooting Brake is the now-familiar 2.0-litre four-cylinder turbocharged engine, delivering 306hp at 5,800rpm and 400Nm from 3,000-4,000rpm. This is sent to all four wheels via a seven-speed AMG Speedshift dual-clutch automatic transmission. With the full array of drive modes, including a standard 'Race Start' function for the quickest possible launches, expect the CLA 35 Shooting Brake to hit 100km/h from rest in 4.9 seconds and run on to the usual 250km/h limiter with little difficulty. Emissions are 168-171g/km, although a combined fuel economy figure is yet to be announced. Stopping power is provided by four-piston front brake callipers gripping 350mm discs, with single-piston callipers and 330mm discs on the rear axle. An AMG Sports exhaust is standard fit, while options will include three-stage adaptive dampers under the AMG Ride Control banner.

Tobias Moers, the chairman of Mercedes-AMG, said: "The new CLA 35 Shooting Brake, with its expressive design, the agile vehicle dynamics and the flexible load compartment, is an attractive alternative for young customers who lead an active life with various leisure activities. With the Shooting Brake, we are offering these individualists access to the exciting world of AMG Driving Performance, which is tailored to their specific requirements."