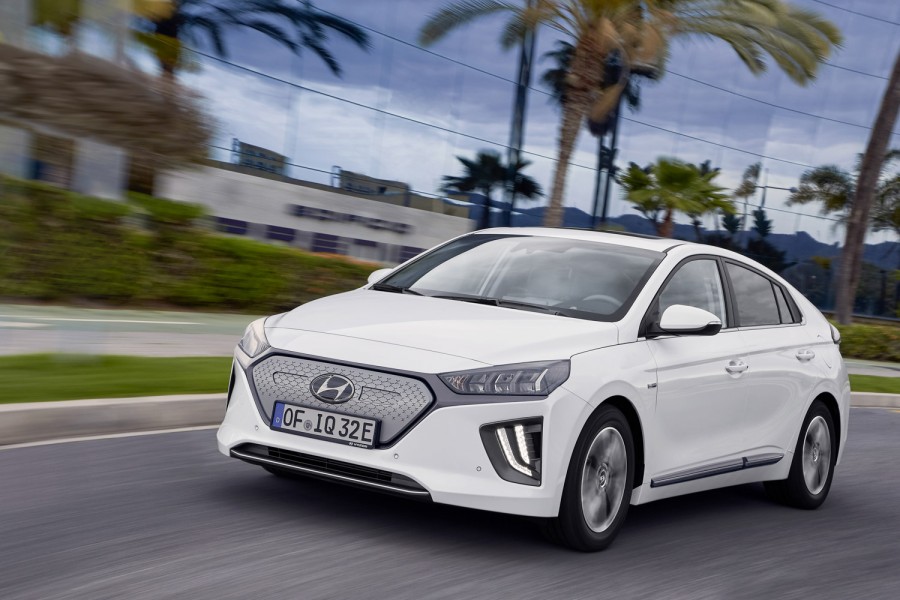 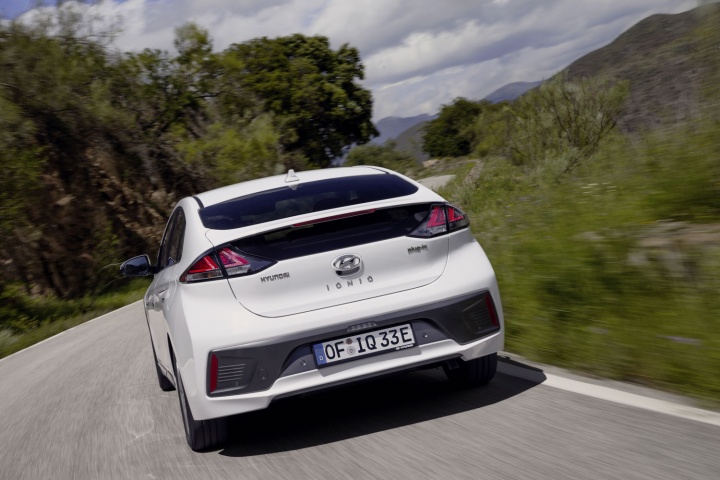 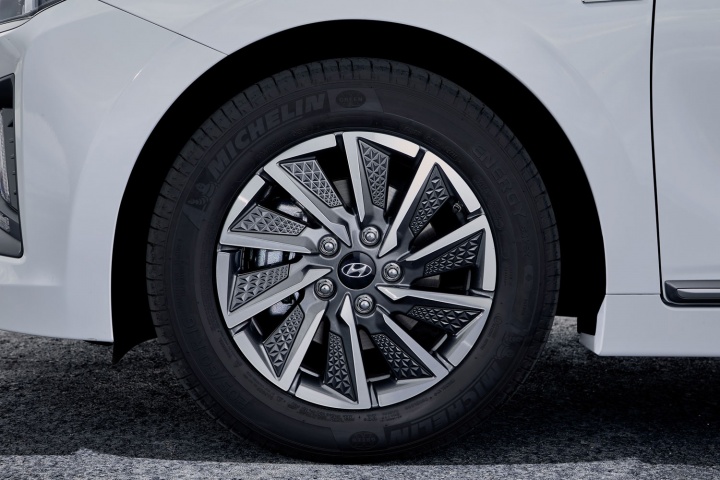 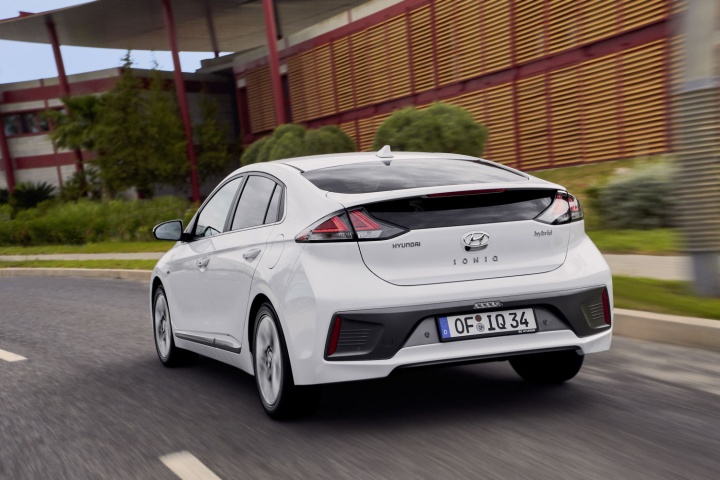 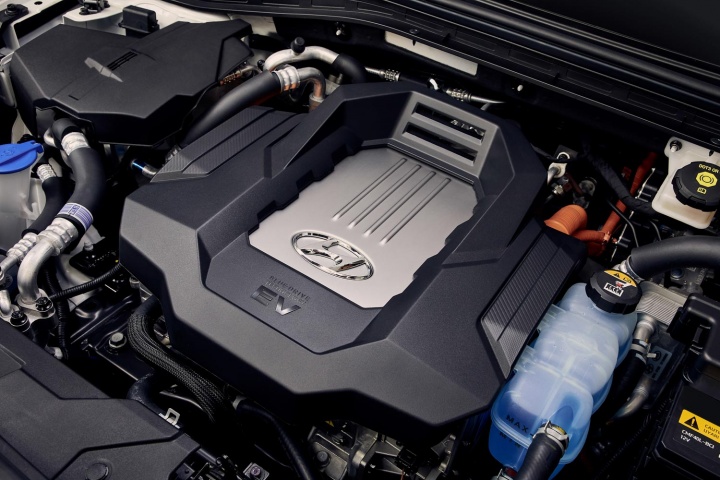 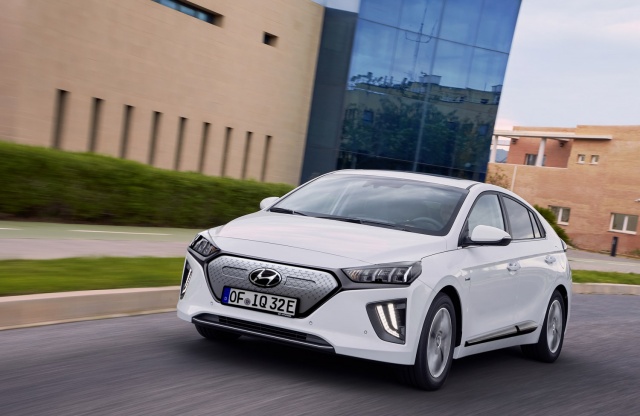 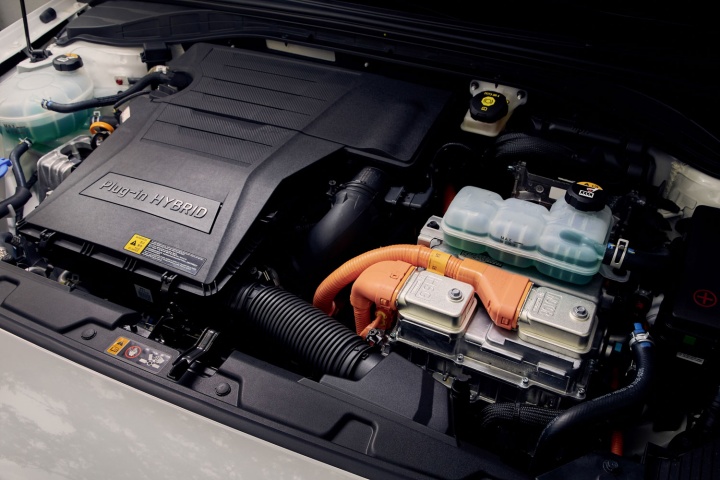 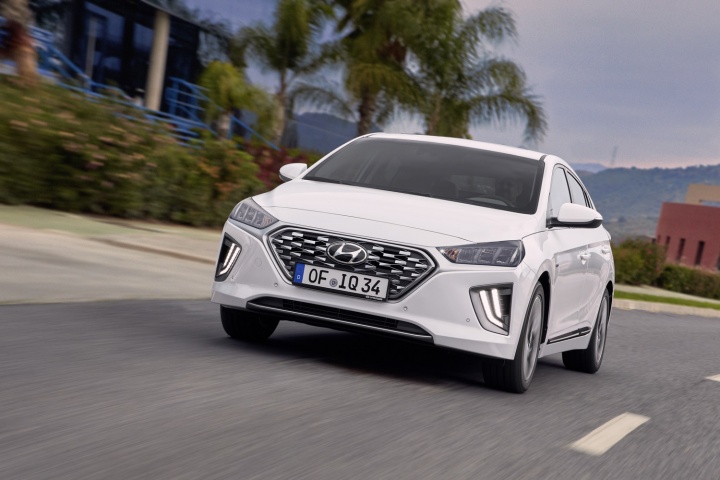 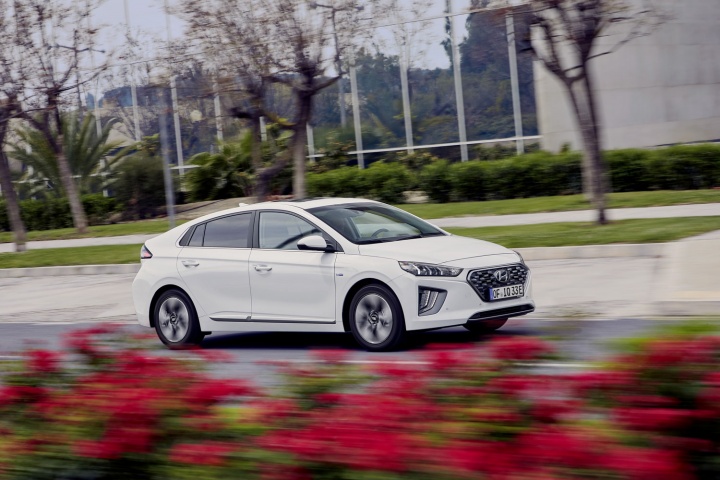 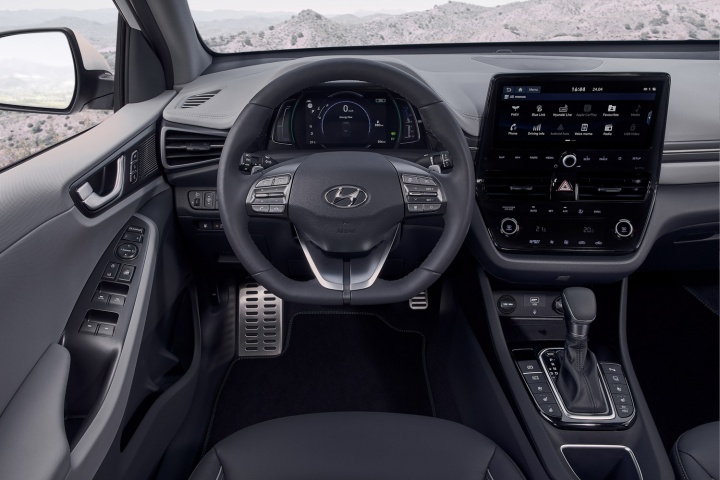 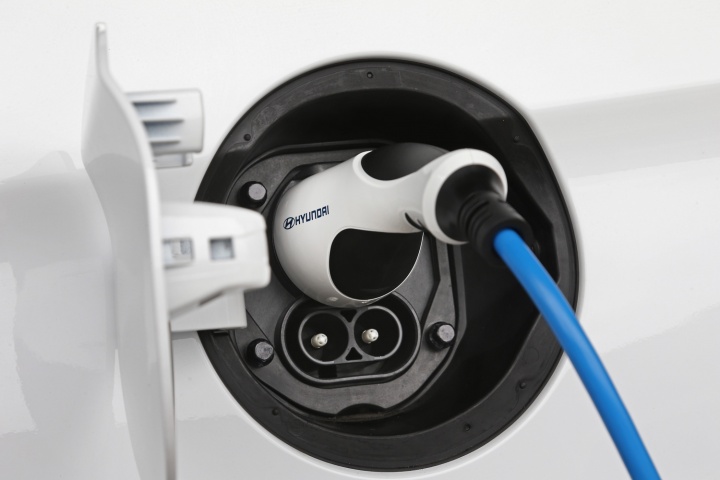 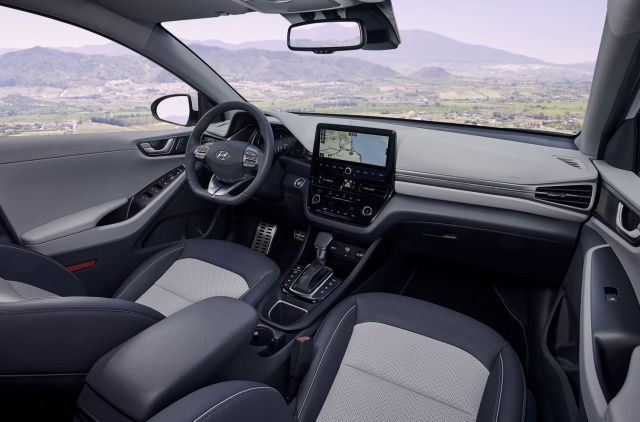 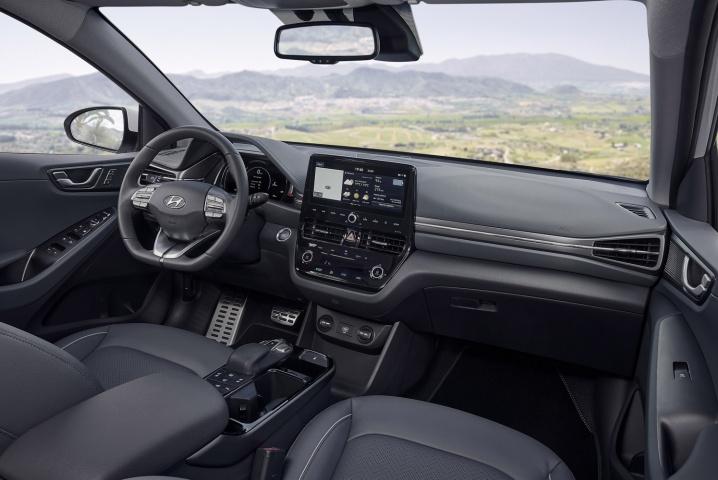 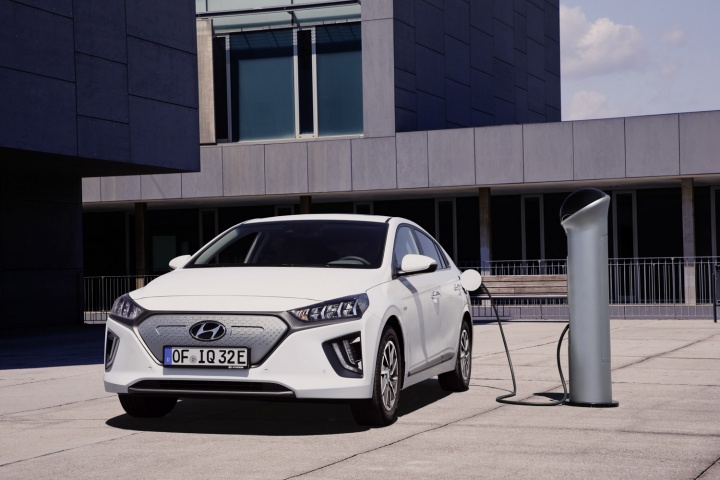 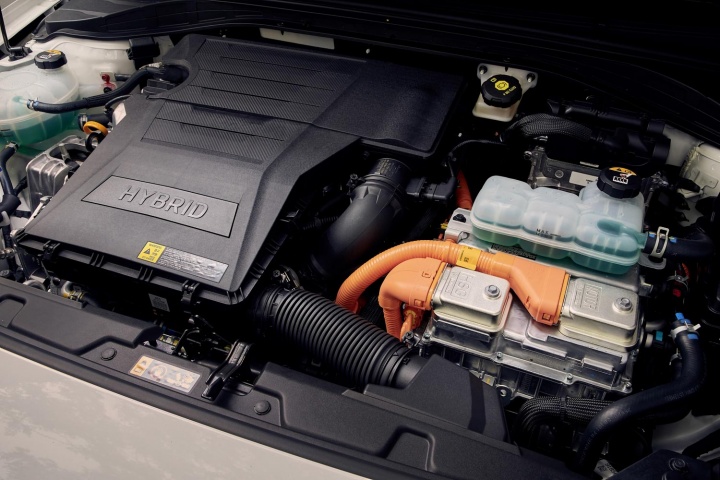 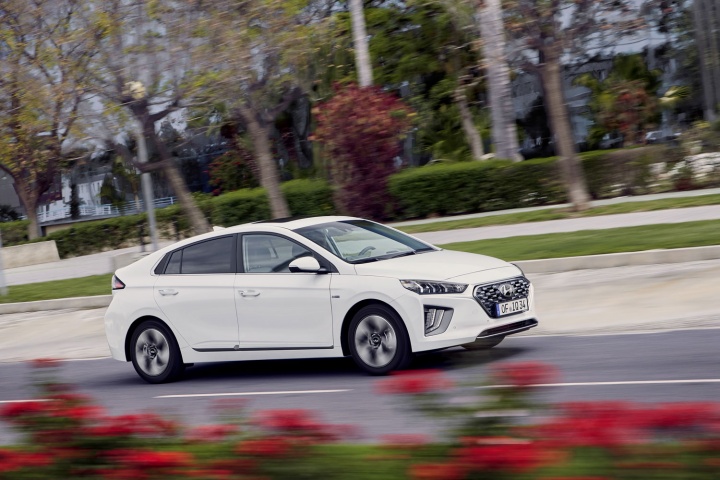 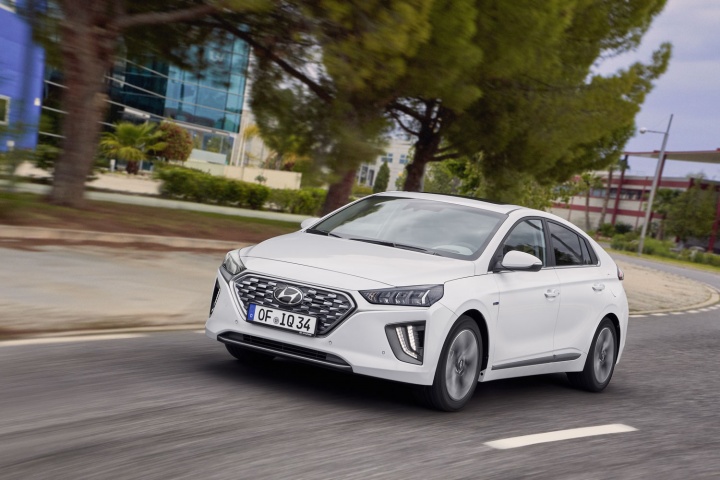 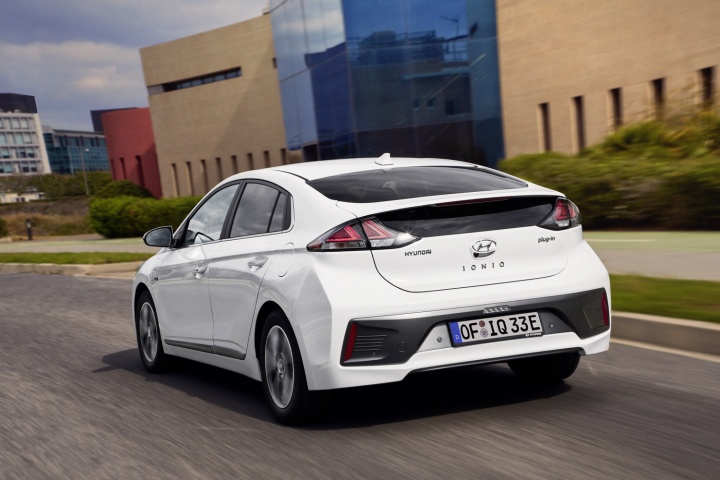 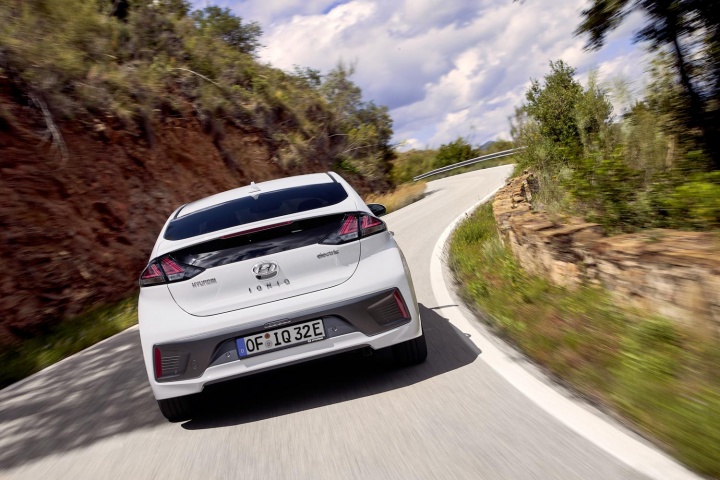 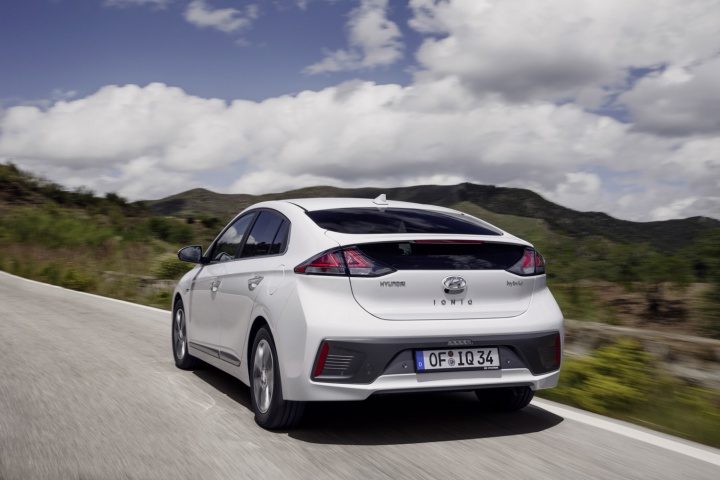 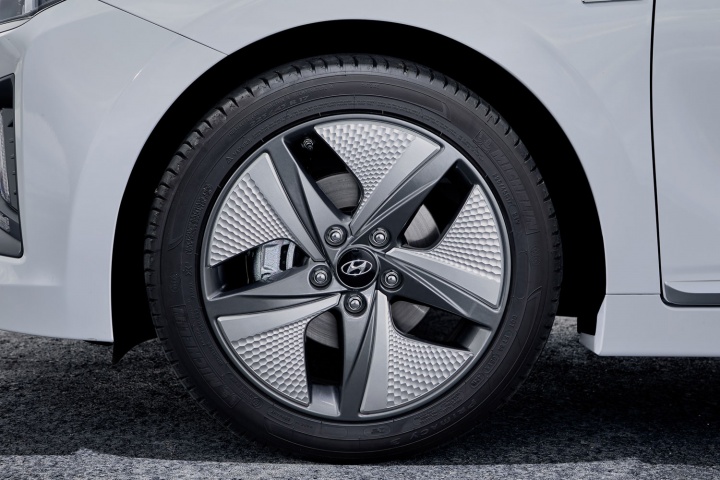 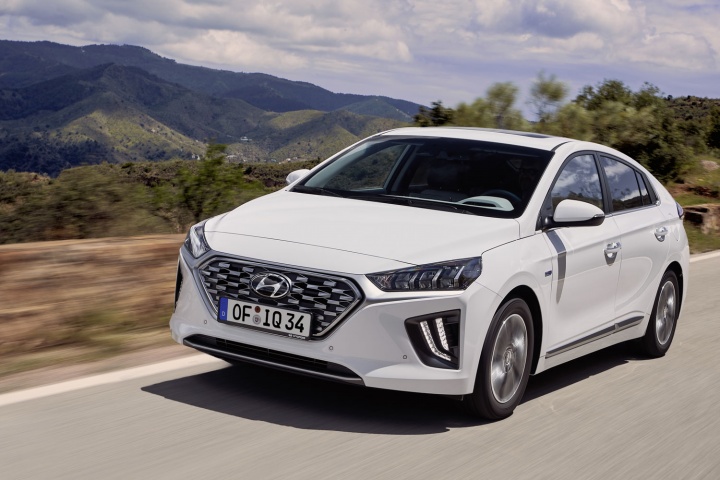 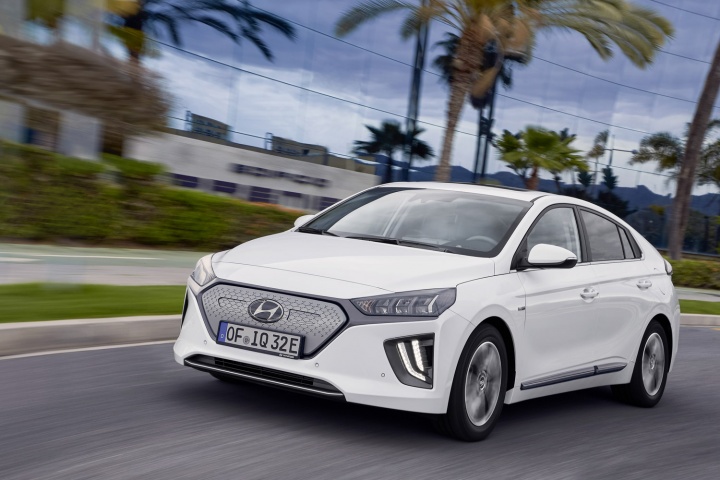 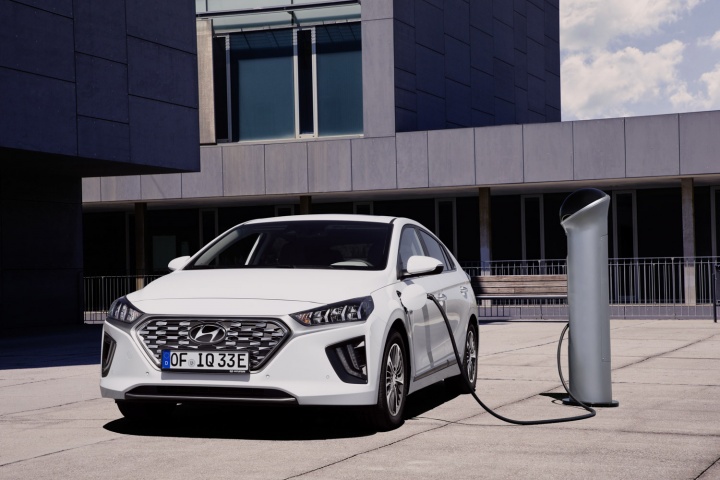 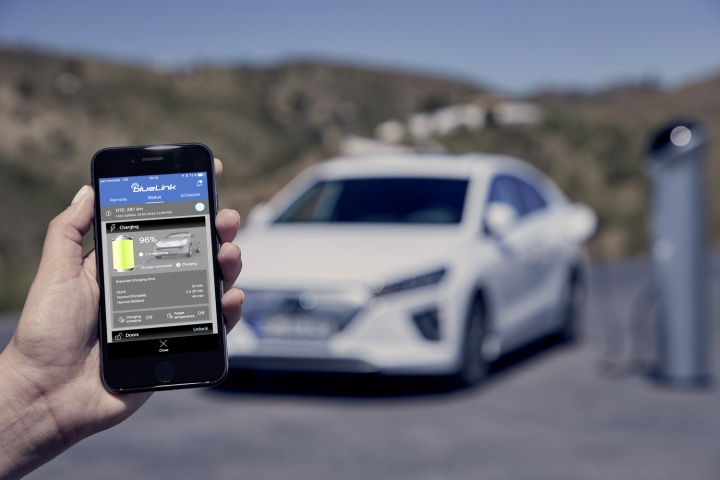 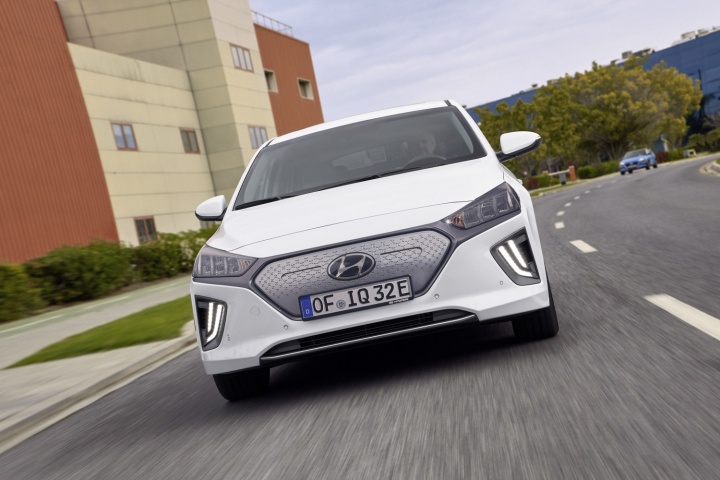 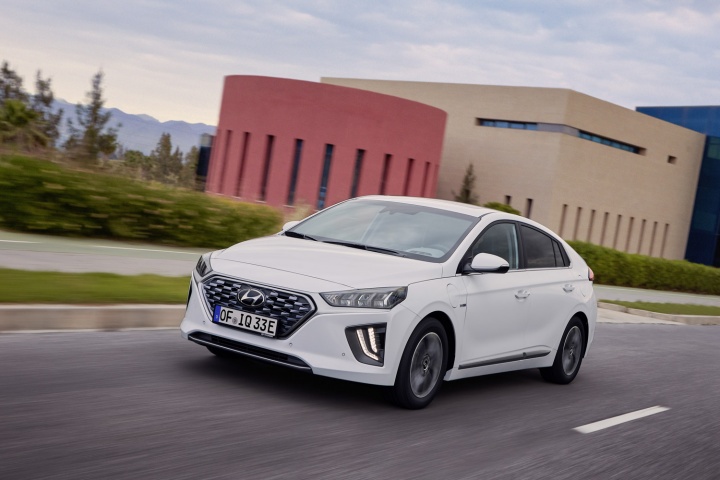 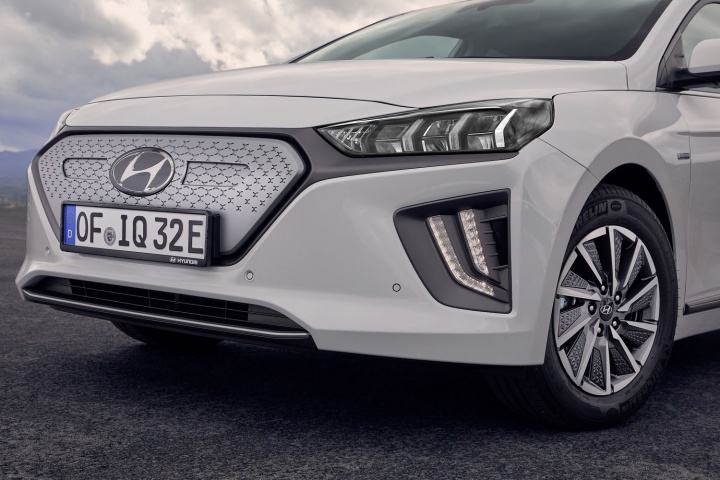 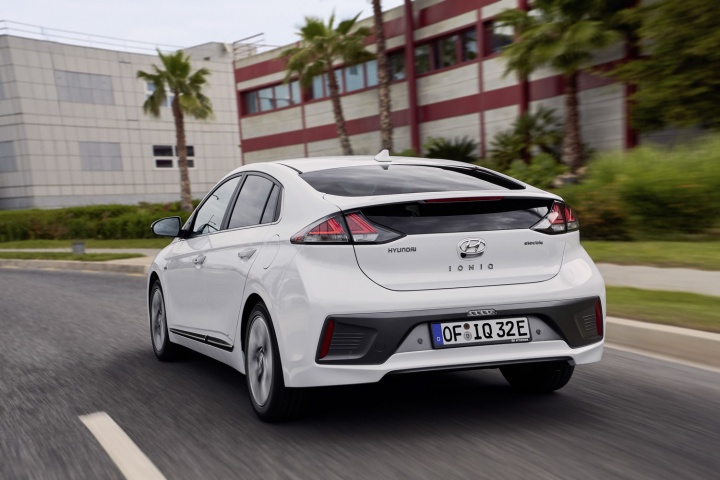 Hyundai Ioniq refreshed and Electric model can go further on a charge.

It doesn't seem to have been out for very long, but already the electrified Hyundai Ioniq has come in for an update - with the all-electric version seeing the biggest changes.

Essentially, the Ioniq Electric has 36 per cent more energy capacity, thanks to a lithium-ion battery pack that has been enlarged from 28- to 38.3kWh. That means its maximum official range has increased to 293km, which might not look much of an upswing from the old Ioniq Electric's 280km potential, but bear in mind the new car was tested under much more stringent WLTP measures, so that 293km will be more realistically achievable (or closer to it) than the previous 280km figure. The updated Ioniq Electric also has a slightly more powerful electric motor (136hp instead of 120hp previously; torque unchanged at 295Nm) and a new 7.2kW onboard charger (previously 6.6kW). That means it can suck down up to 80 per cent charge on a 100kW fast-charging station in just 54 minutes.

The Ioniq Plug-In and the Ioniq Hybrid continue as they were, mechanically speaking, so there's nothing to outline here. Beyond these details, all 2019-on Ioniqs gain Blue Link connectivity services (market depending), SmartSense active safety and driving assistance systems, plus 'state-of-the-art' infotainment features, all presented on a 10.25-inch split touchscreen (which is new).

Further tweaking of the interior and aesthetic details round out the changes, such as four optional leather seat colours (Black, Grey two-tone, Red Umber and Electric Shadow), a Dark Chrome Accent dashboard finish is added and there's a different control panel for the climate system. Blue ambient lighting features on the passenger-side lower dash and centre console, while the seven-inch LCD screen in the instrument cluster also packs mood lighting to match drive modes. Check with your local Hyundai dealer about availability of all of this.

Outside, the Hybrid and Plug-In models get a redesigned mesh-type radiator grille, while the solid front of the Electric now bears a pattern on its moulded silver nosepiece. All models feature a refreshed front bumper design with a silver moulding at the bottom, a new anthracite rear bumper moulding and LED daytime running light bezels up front. LED head- and taillights will also be offered, as will new designs of 15-, 16- and 17-inch alloy wheel and four additional paint colours - Fluidic Metal, Electric Shadow, Liquid Sand and Typhoon Silver. This brings the total choices in this department up to nine.

Since its 2016 launch, all three versions of the Ioniq have sold more than 60,000 cars globally between them. Thomas A. Schmid, Hyundai's chief operating officer, said: "Our new Ioniq models build on the success of the first generation, thanks to a range of upgrades both in terms of connectivity features and design. When it comes to Hyundai's eco-mobility vehicles, Ioniq is leading the way by offering our customers all they need, thanks to life-enhancing, easy-to-use technologies."

Published on May 7, 2019
Written by Matt Robinson