WLTP/RDE: what does it mean to me? 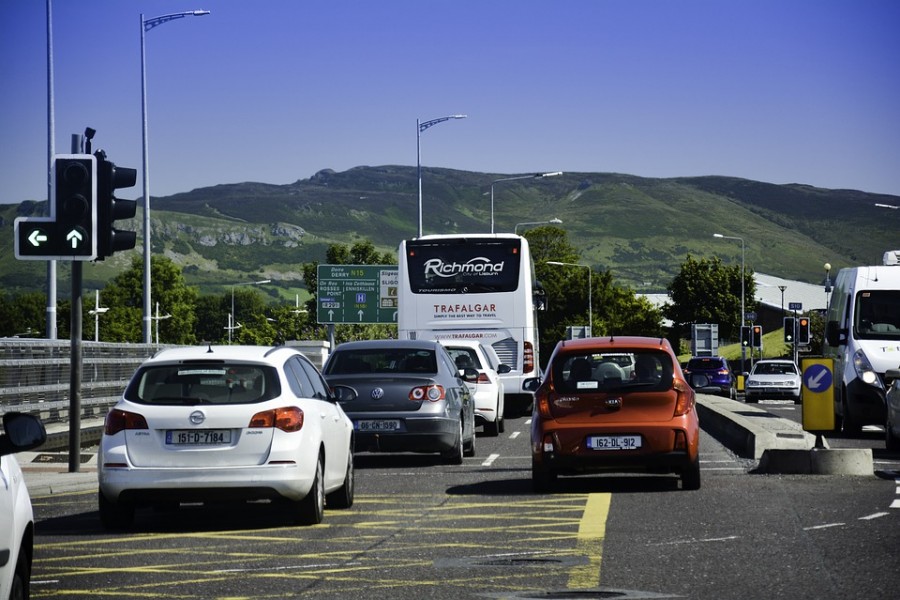 Taking a look at changes to emissions testing, that came into effect from September 1.

New regulations on how all new cars are tested for their economy, fuel consumption, exhaust emissions and - if applicable - their usage of electrical energy have come into effect from September 1 2018. The new procedures are called WLTP/RDE - but what does that stand for, and what does it mean to you as a consumer? Here's our guide to the changes.

What does WLTP/RDE stand for?

It stands for two complementary environmental testing programmes, which are the Worldwide Harmonised Light Vehicle Test Procedure (lab-based), and then Real-World Driving Emissions (conducted on public roads). Intended to be a global measurement of cars' emissions and fuel economy, WLTP was actually developed in the European Union and will be implemented slightly differently by regions across the planet, according to their own traffic regulations and needs. However, it's important to have a standardised way of measuring what cars emit from their exhausts and how much fuel they use, so that they can all be measured on a level playing field.

WLTP and RDE, the portion of the test conducted outside a laboratory on public roads, actually began on September 1, 2017, but following the one-year transition period, as of September 1, 2018, it is now the only car industry standard that will be accepted. Existing stocks of cars homologated under NEDC can still be sold, but only between now and January 1, 2019 - and all newly-built cars to be sold from hereon in must be tested under WLTP/RDE conditions.

What was in place before WLTP?

The New European Driving Cycle (NEDC), which can trace its roots back to 1970, was formalised in 1992 and was last significantly updated in 1997. It was originally developed to test petrol cars, which of course were the most widely-used vehicles at the time, but as the growth of diesel vehicles and then latterly hybrid/electric vehicles has gathered pace, it has been deemed to be less relevant - and accurate. The death knell for NEDC sounded during the Volkswagen Dieselgate scandal in 2015, when it was revealed that manufacturers were bending the rules (or just actively cheating) to get the best possible returns they could - which owners could never hope to replicate on the road.

How does WLTP differ from NEDC?

NEDC worked by putting the cars through four repeated urban driving cycles (UDCs) and then one extra-urban driving cycle (EUDC), which were all carried out on a rolling road in a laboratory, with air resistance and vehicle inertia emulated by electrical resistance in the rolling road and a large set of fans. However, it was a reasonably gentle cycle of driving that wasn't representative of actual real-world conditions, and it massively favoured plug-in hybrids (PHEVs), which conducted most of the brief test-run using their electric power - meaning that most PHEVs on sale today have extraordinary combined mpg figures of around 150mpg with less than 50g/km of CO2 emissions; not accurately reflecting how they will perform in the real world.

The main issue was that the NEDC ran for 11km at an average speed of 34km/h. WLTP, however, will have low, medium, high and extra-high speed cycles, spread across 23.25km at an average speed of 46.5km/h - better representing the way cars are driven in the real world. It achieves a maximum speed of 131km/h, where NEDC only went to 120km/h (very briefly), and it is split 52:48 per cent between urban and non-urban driving, whereas NEDC was 66:34. Already, WLTP figures are quoted by many manufacturers and the combined fuel economy figures are now lower, while the CO2 emissions are higher - so, for the carmakers, it's not great news as it looks like their latest products are less efficient than what went before. But they're figures that will be more realistically attainable in the real-world, albeit they're still not 100 per cent accurate for everyone, as driving styles, traffic and weather conditions can all affect how economical a given car is.

The RDE portion of the new testing procedure is probably the most controversial part, as it requires manufacturers to actually drive a new model out on the public road for certification. The problem here is that it is almost impossible to standardise the results from RDE, as manufacturers will use different roads (given their global geographical position - so, while Peugeot will test a car around Paris, BMW are likely to use Munich's road network, as an example) at different times of the day and in different weather conditions. There are also no regulations governing the use or otherwise of air conditioning, lights and other drains on the electrical system during the RDE cycle, which isn't representative of how people use their cars on the roads.

Will the new emissions testing procedures mean I get closer to a manufacturer's economy and CO2 figures in the real world?

They should be closer to what is actually achievable from a given car, yes. But, as we've already stated, no laboratory-based test or real-world driving situation can ever be accurately recreated by every single owner of a specific model right across the planet. You might have an identical car to your neighbour, for instance, but while you can get close to or the same as the quoted WLTP figure, your neighbour might be a more aggressive driver and so gets lower fuel economy returns.

So, are new cars less economical and environmentally friendly than before?

Not at all - it's just that, as consumers, we're getting more accurate figures back from testing now, rather than wildly inflated, brochure-gilding numbers that you'll never replicate yourself. But the cars themselves have certainly not taken a step backwards in how good they are at restricting airborne nasties escaping from their exhausts into the atmosphere, nor are they less fuel-efficient than they were, either. And as the manufacturers adapt to WLTP and develop their products further, then before too long we'd imagine cars' WLTP figures matching what was previously quoted in the final days of NEDC.

Is the September 1 date presenting any problems to the automotive industry?

Both BMW and PSA Groups are among the first to come out and say all of their cars (in the former case, all BMWs and MINIs, and the latter, across the four brands of Peugeot, Citroen, DS and Opel) are already WLTP certified, meaning there will be no interruption in deliveries and sales of PSA vehicles as a result of the switchover. It may be that some manufacturers have not yet had a specific model certified for WLTP, perhaps leading to a hiatus in deliveries while they get the model in question homologated under the new rules. Some manufacturers have had brief closures of production facilities to reorganise their businesses to WLTP, a high-profile example being Porsche, which had a four-week stop on manufacturing during summer 2018.

If the tests are more complex, presumably that costs the manufacturers more money - so are new car prices going up?

Yes, in some instances, they will. In Ireland, various manufacturers have admitted that they will either increase the prices of their entire ranges by an average of around €450 or €500, or will enact individual price increases on certain models only. Most will hide these changes behind the screen of model-year updates and increased equipment, so it's not 'all pain and no gain', while PCP deals mean these overall increases will be swallowed up by negligible inflation of monthly payments. In some instances, a particularly polluting model will simply be pulled from sale altogether, one notable example of this already being the Audi RS 3. Meanwhile, the PSA Group - while it has indeed already got all its cars ready and certified - says that pricing on the new, post-September 1 models will be announced shortly.

What about road tax?

This is possibly one area that's not good news for consumers - many governments, ours included, base their car taxation systems on CO2 emissions alone. Bands here in Ireland were set under the old NEDC levels, so a change to a more punitive system that results in higher CO2 figures across the board is going to see certain vehicles moving up a tax band (it is very unlikely, given the CO2 spacings in Irish law, that any vehicle will move up more than a single band as a result of its WLTP-adjusted CO2 emissions figure). This will be more keenly felt by those in more polluting cars anyway, as the hikes between bands get much larger from Band C (141-155g/km) upwards, but any car moving from Band A4 (111-120g/km) to B1 (121-130g/km) will see tax increases of €70 every year, while Band B2 (131-140g/km) to C will resulting in an additional €110 per annum.

Interestingly, BMW says its 530e iPerformance PHEV has only increased by 2g/km for CO2 emissions, when moving from NEDC to WLTP tests, meaning it remains in Band A1 and therefore costs a lowly €170 per annum to tax. It may be that other PHEVs have drastically altered CO2 emissions but no cases have yet been confirmed...

On the subject of taxation, it will take time for governments to respond to WLTP figures, which they may have to do to realign the tax bands with the reality of modern cars' genuine tailpipes emissions. It is not expected that the Irish government will make any drastic changes to the motor taxation system in this autumn's budget.

So, in short, is the switch to WLDP/RDE a good or a bad thing?

Oh, unquestionably good - while it can be difficult to implement (specifically any standardisation of RDE test practices) and will result in what look like worse environmental figures from new cars in the short to medium term, what's happening here is the automotive industry is being held to account to provide fuel consumption and emissions numbers that are far closer to the truth than they were under NEDC. The shift towards perceived higher CO2 figures as a result will force car manufacturers to clean up their act and engineer newer, even greener cars in the near future, and the end result is that, if you buy a car on the basis of its quoted fuel economy in the showroom, then you won't - as now - be disappointed to find it can only achieve around 75 per cent of what was claimed when you're driving it.