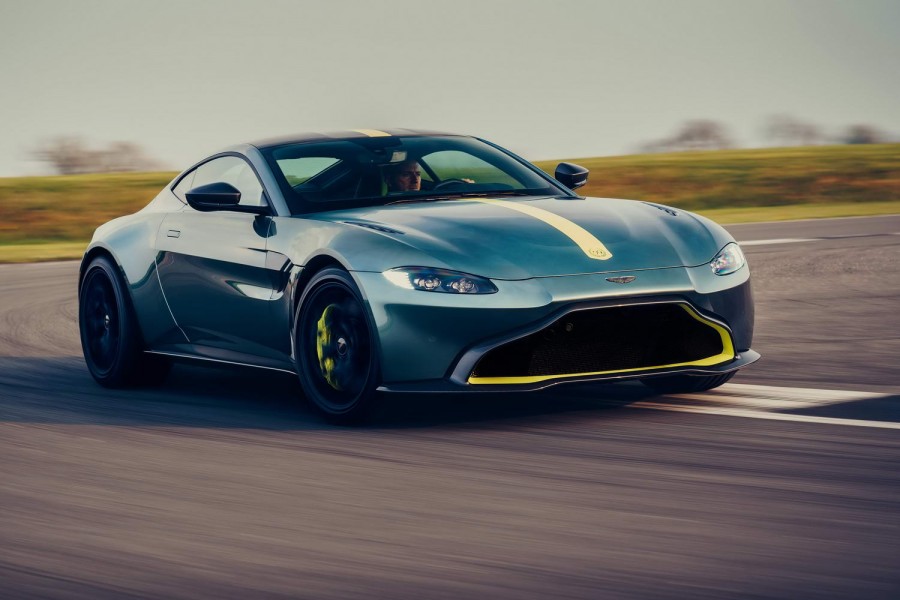 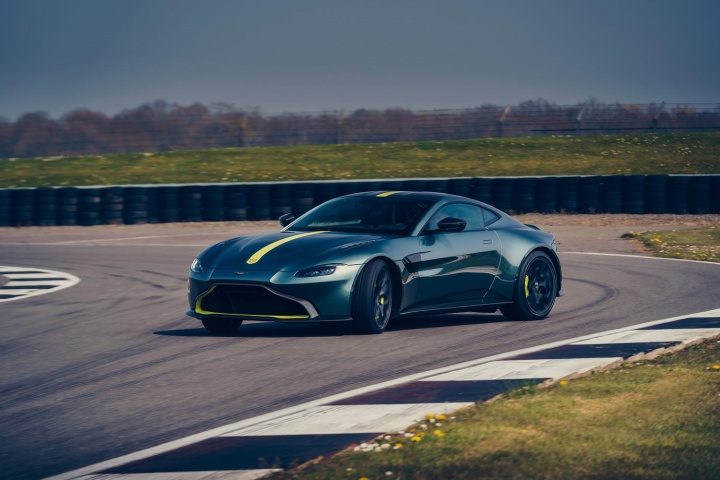 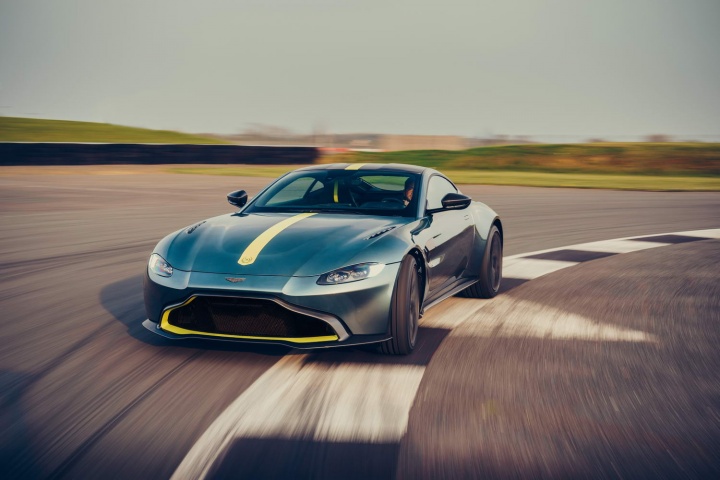 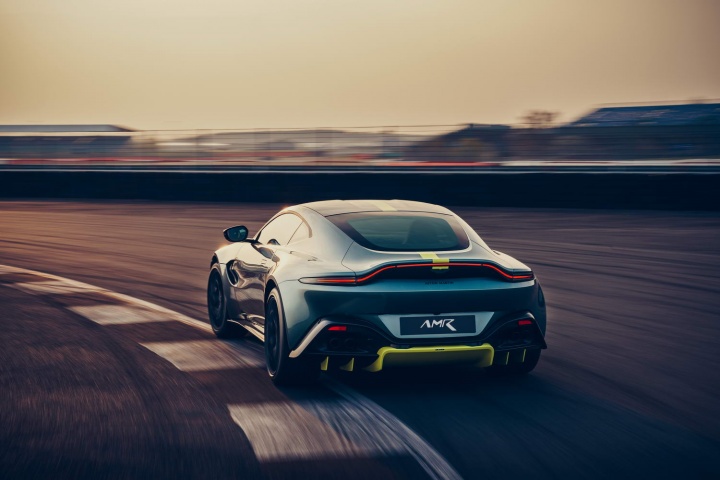 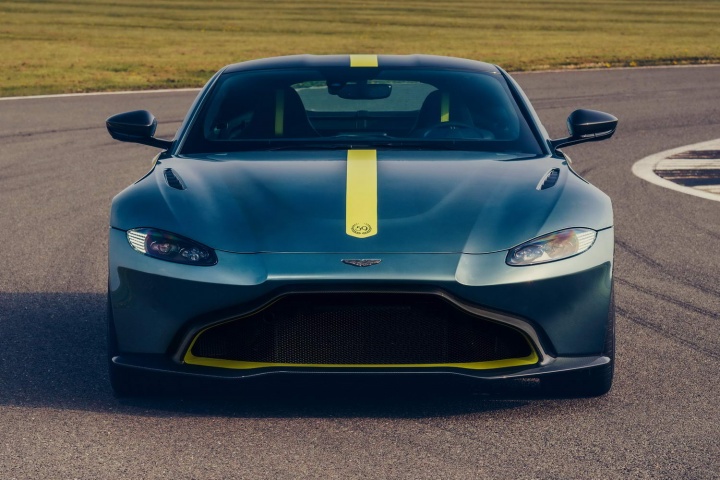 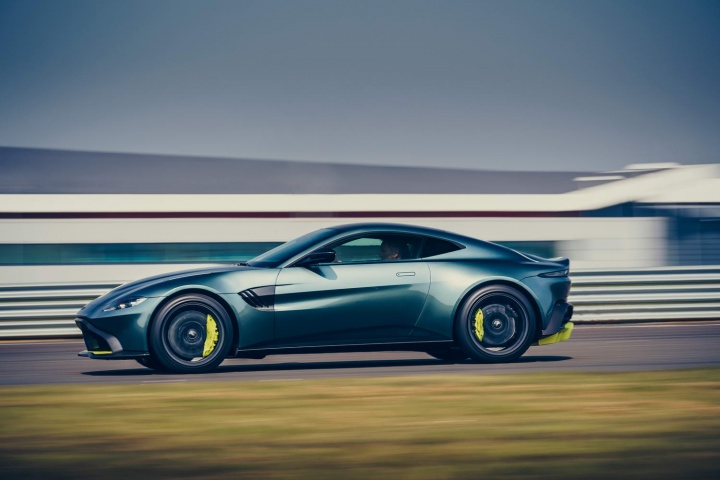 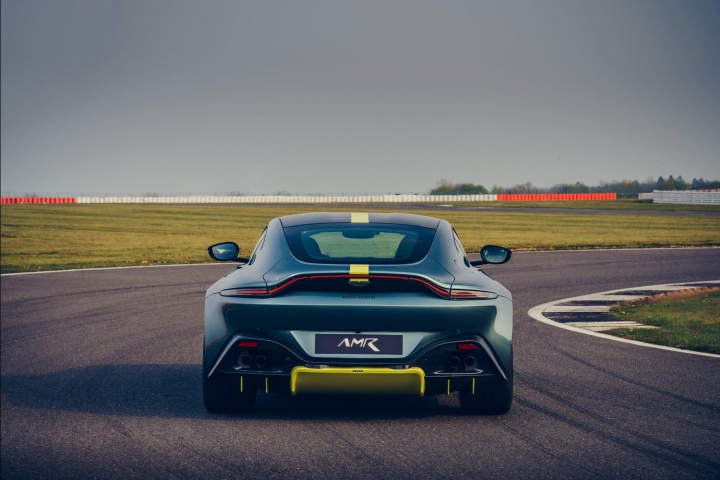 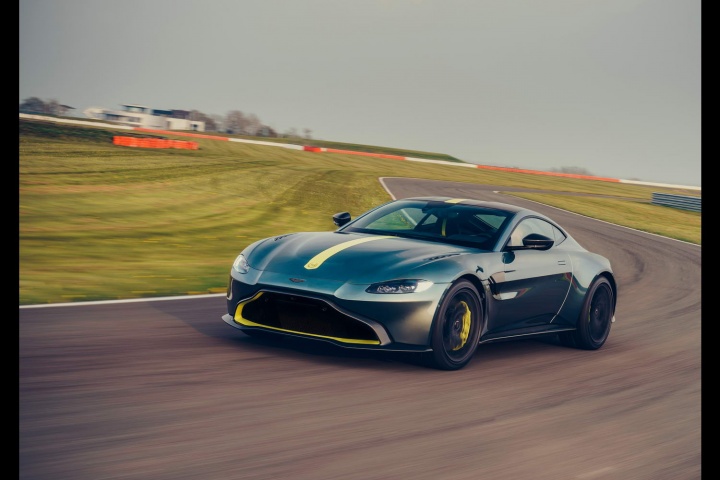 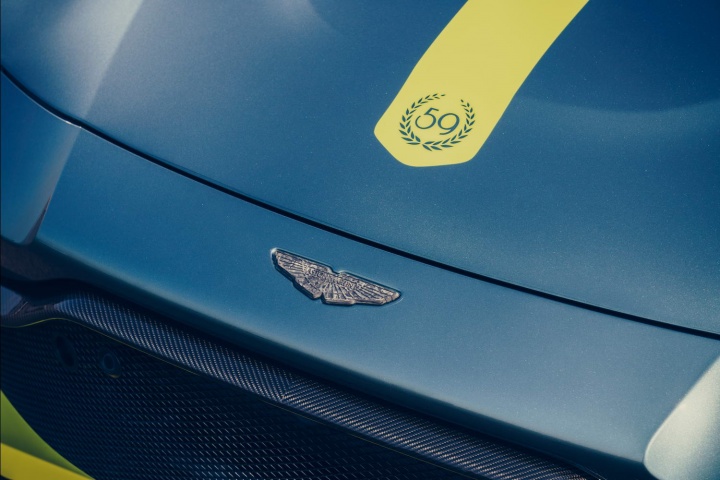 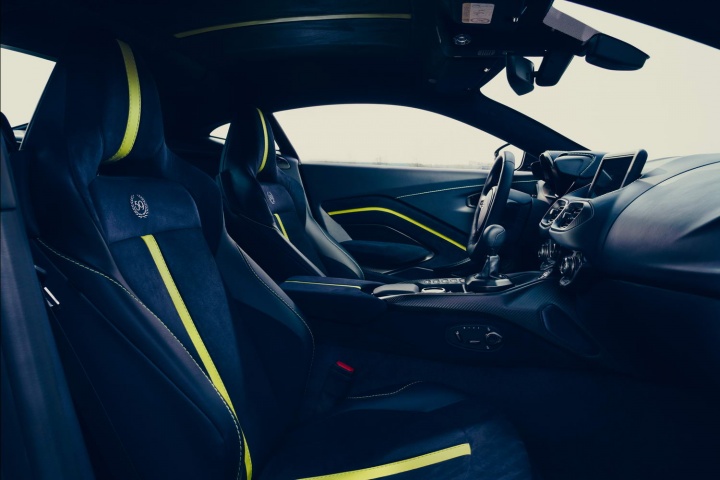 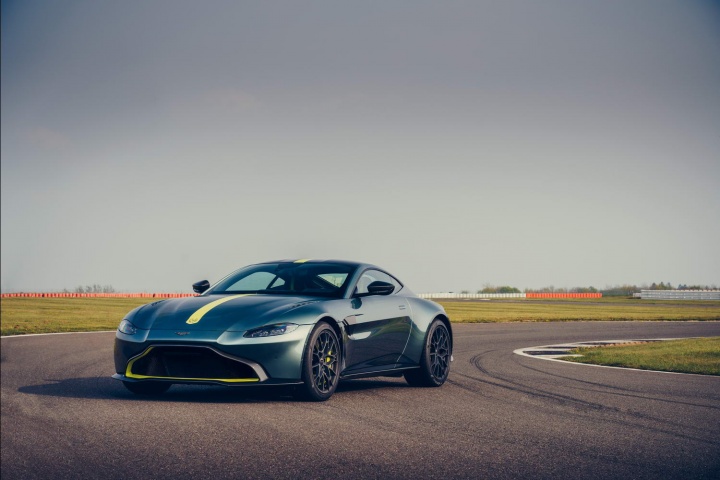 Aston Martin previously hinted that there would be a version of its Vantage sports car offered with a manual gearbox and here it is, but there's more to the new Vantage AMR than that. Sadly though, it's limited in production to just 200 cars for worldwide sales.

Aston Martin hasn't radically changed the exterior of the Vantage to make up the AMR model, so its appearance mostly depends on which specification is chosen. The most exclusive is called the 'Vantage 59' and it has been designed to celebrate the 60th anniversary of Aston Martin's 1959 24 Hours of Le Mans victory in the DBR1. It gets a Stirling Green and Lime exterior paint scheme and just 59 will be made. The remainder of the Vantage AMR cars can be had in either Sabiro Blue, Onyx Black, China Grey or White Stone. There are varying amounts of carbon, lots of broody dark detailing and 20-inch AMR alloy wheels as well.

Inside, the Vantage 59 gets the 'Monotone Unique AMR Interior Environment', which means Dark Knight leather and Dark Knight Alcantara with Lime Stripe and Lime Stitch. There are three other interior colour schemes available with the other paint colours, while all Vantage AMRs feature the Sports Plus seats and Sports steering wheel as standard, along with bespoke embroidery and sill plaques. The same high level of standard equipment as the regular Vantage is offered, with plenty of options for personalisation.

The big news is, of course, that there’s now a manual gearbox bolted to the back of the mighty twin-turbocharged 4.0-litre AMG V8 (still producing 510hp, but torque has been reduced from 685Nm to 625Nm), as opposed to the usual eight-speed automatic. It’s an unusual seven-speed unit made by Graziano with first gear on its own on what’s called a ‘dog leg’ and then a traditional double-H pattern, as experienced in the previous V12 Vantage S. A limited slip differential is included at the rear and the transmission also gets the ‘AMSHIFT’ rev-matching facility.

At four seconds dead for 0-100km/h, the AMR trails the regular car by 0.4 seconds, but that's hardly important. However, the combined result of the manual gearbox and standard carbon ceramic brakes means a useful 95kg weight reduction. Aston says it has tweaked the car's handling accordingly, and the AMR retains the regular Vantage's three-stage adaptive Skyhook damping system.

Andy Palmer President and Group CEO, Aston Martin Lagonda, said, "When I joined this company, customers asked and, as a gearbox engineer and racer, I promised that we would always offer a manual transmission in our line-up. The Vantage AMR not only honours that commitment but sets us apart from our competitors in continuing to offer a three-pedal option. In a world of autonomous robo-taxis, Aston Martin will continue to advance the art and science of performance driving. With the Vantage AMR, we have created a thoroughly modern sports car that rewards effort and focus from the driver; the antidote to driving a computer game. With the Vantage GTE set to race again at the 24 Hours of Le Mans in June, I hope that those customers who are lucky enough to take ownership of a Vantage 59, will have even more reason to celebrate with their new car."

Aston Martin has confirmed that the manual gearbox will become an option on the regular Vantage from the start of 2020.