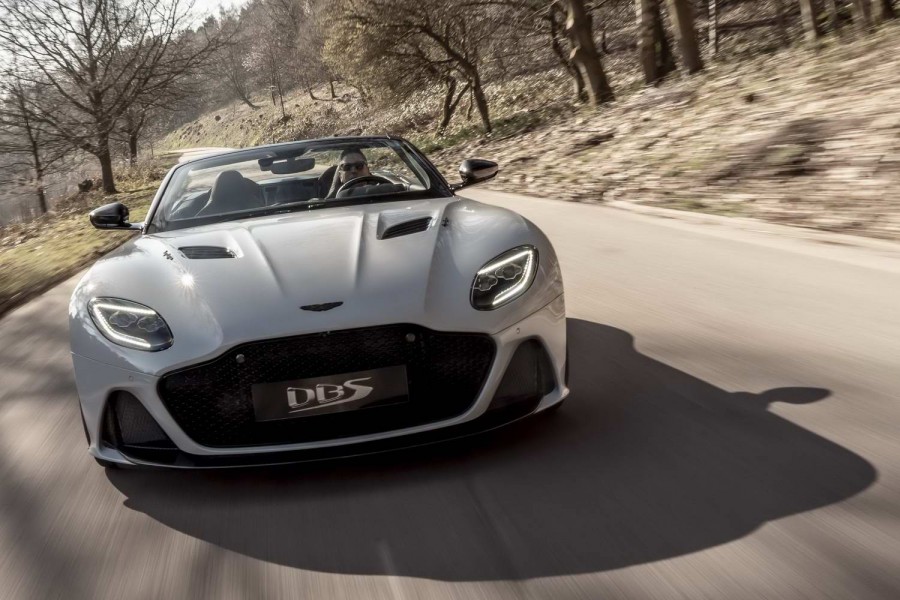 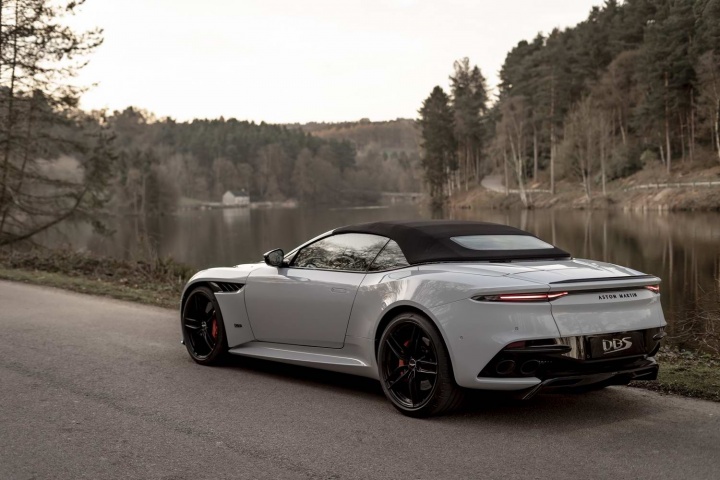 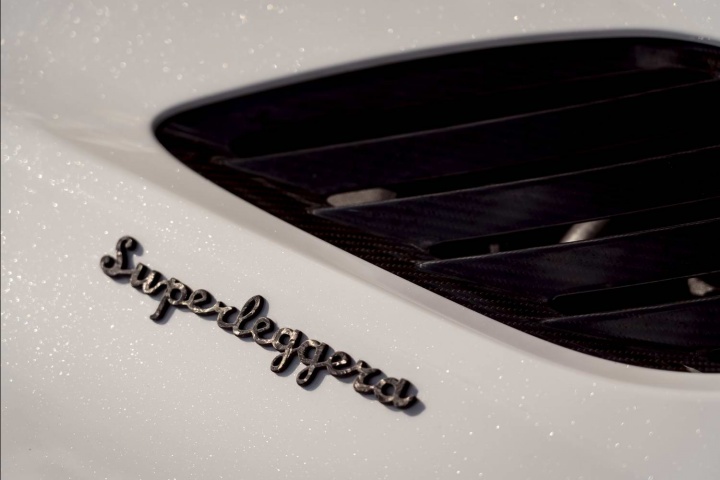 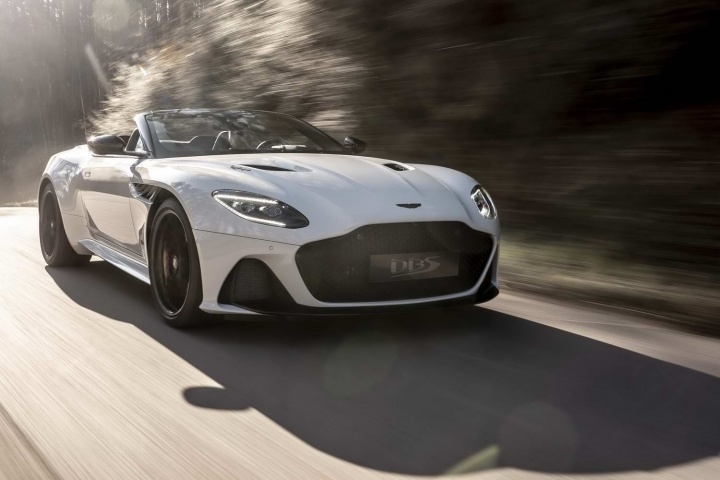 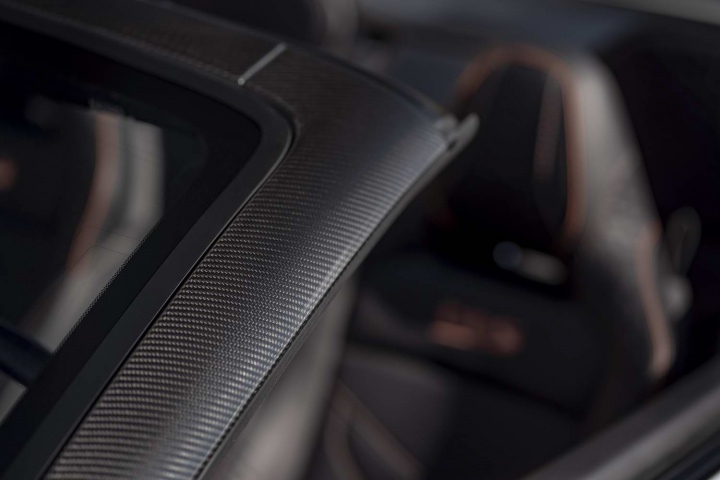 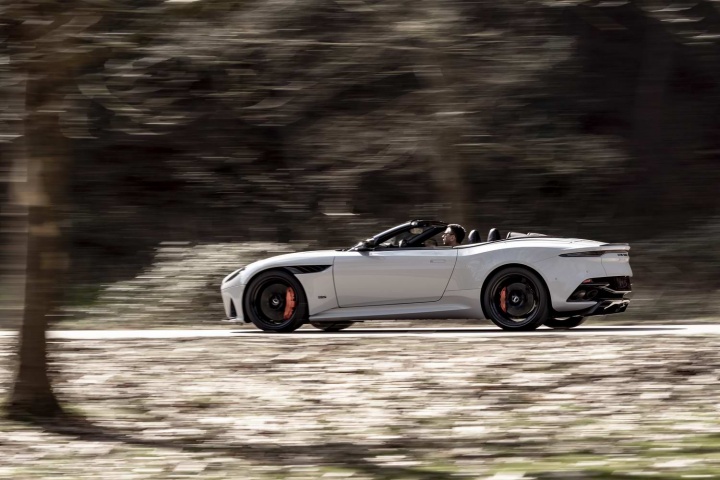 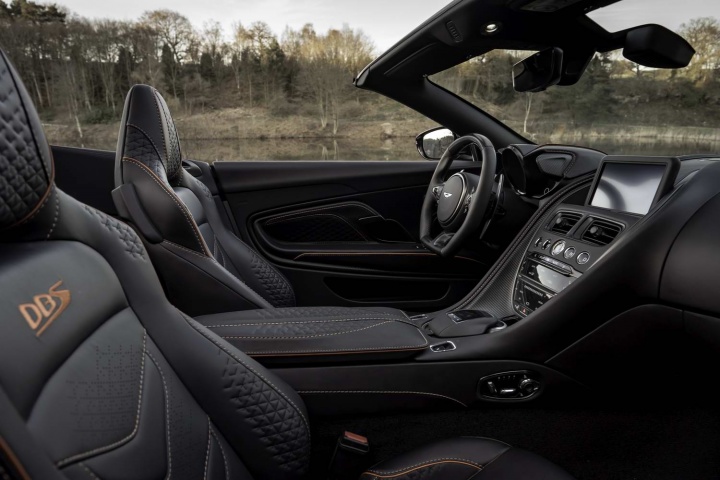 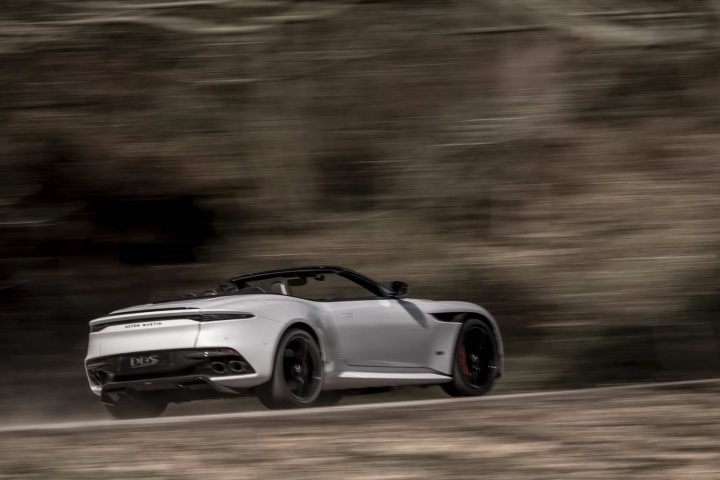 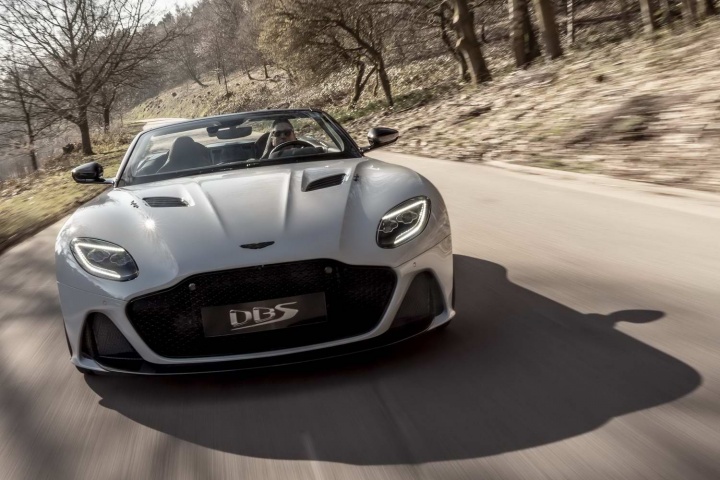 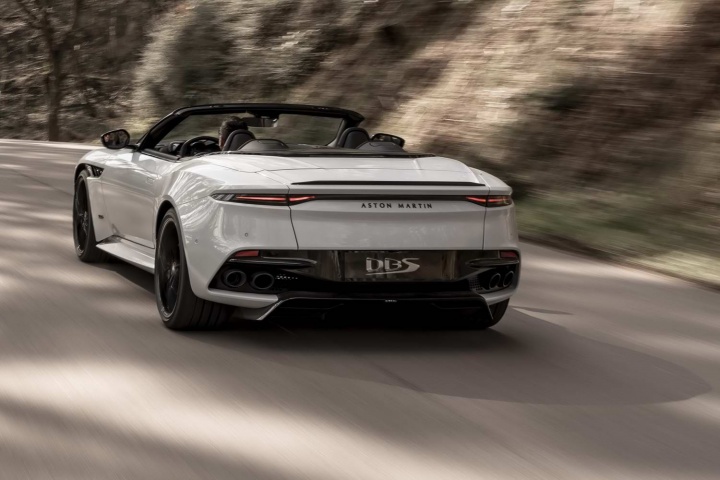 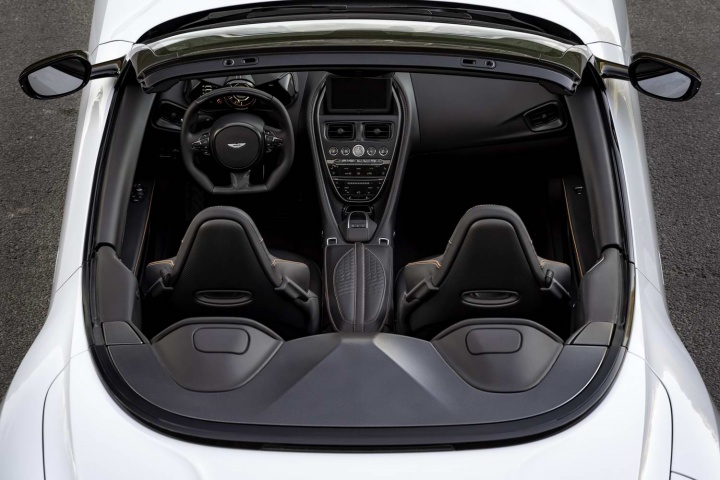 Despite the same 110kg weight gain over a DBS Superleggera (as a DB11 Volante gains over its equivalent DB11 Coupe), the performance from the Superleggera Volante is still ridiculous - 0-100km/h takes 3.6 seconds and 0-160km/h is ticked off in a mere 6.7 seconds. All of the V12's prodigious thump is channelled from the engine to the rear wheels via an eight-speed ZF gearbox and a carbon-fibre propshaft.

Beyond this, it's everything we know from the DBS Superleggera Coupe and the DB11 Volante. The fabric roof opens in 14 seconds and closes in 16 seconds, and you can do this from within or on the key fob when within two metres of the car. Stacked up behind the passenger compartment, that folding lid measures just 260mm tall, which makes it easy to package and keeps the elegant lines of the DBS shape preserved, and customers can choose from eight different colours for the roof - including Bordeaux Red, Atlantic Blue and Titan Grey.

Aerodynamically, the Volante follows the Superleggera's cues, with a bold front splitter and airdam, deeper side strakes for reduced lift on the front axle, a double-diffuser at the rear and a 'curlicue' to smooth airflow along the Superleggera's flanks. Aston claims that, when it is running at its 340km/h V-max, the DBS Superleggera Volante generates 177kg of downforce - that places it just 3kg behind the Coupe.

Andy Palmer, president and CEO of Aston Martin Lagonda, said: "There is nothing on Earth that compares to the roar of an Aston Martin V12 and I believe that the DBS Superleggera Volante provides one of the greatest sensory experiences in the automotive world. This is truly a testament to the no-compromise approach of our engineers and designers, to deliver the two key aspects of a convertible Super GT. Exceptional performance in an irresistible form, DBS Superleggera has justifiably won the hearts and minds of Super GT lovers the world over, and the Volante takes this concept to the next level."

With deliveries due to begin in the third quarter of this year, prices for the Aston Martin DBS Superleggera Volante should be around the €458,000 mark.