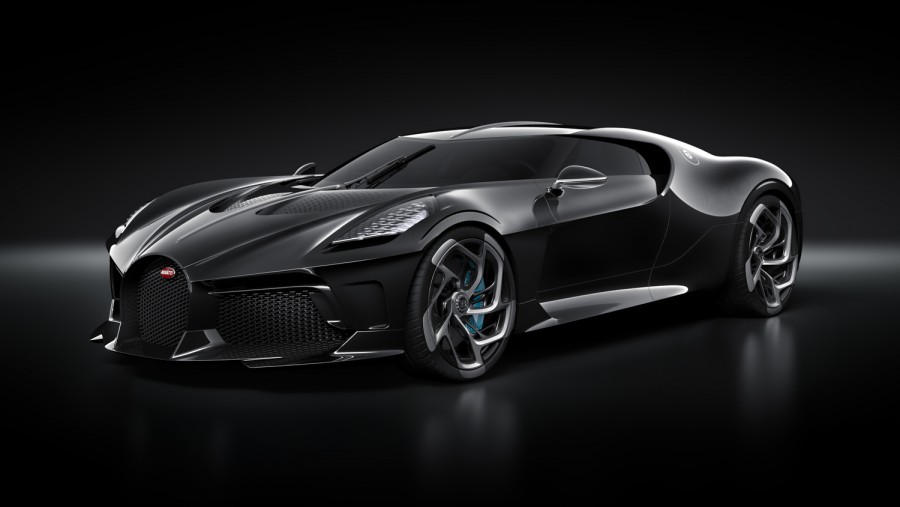 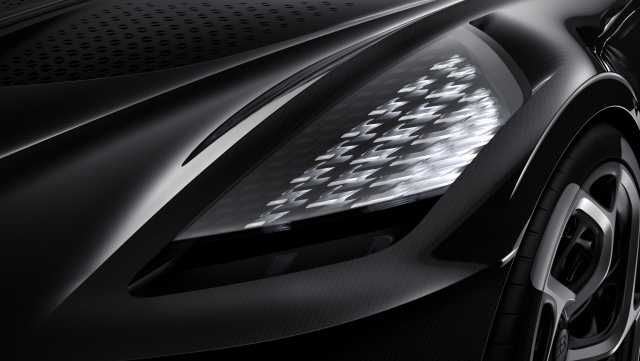 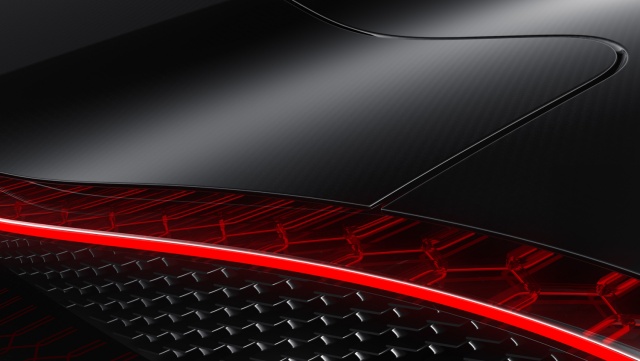 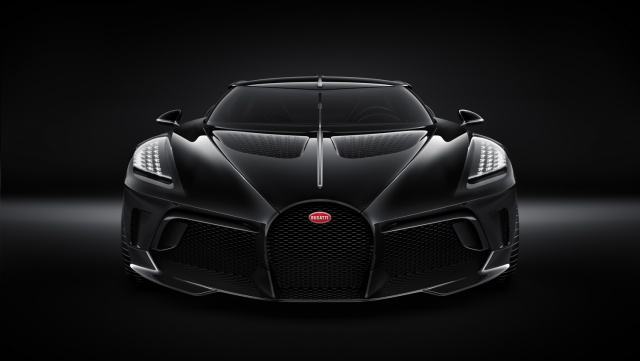 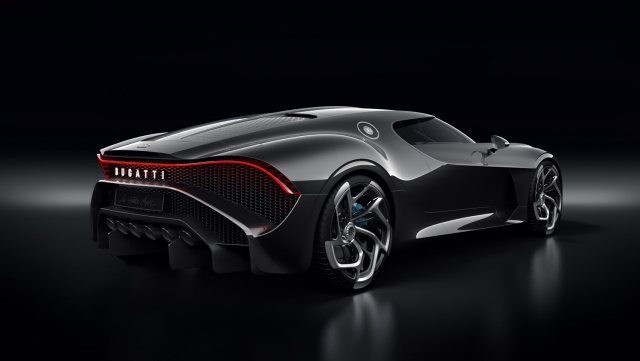 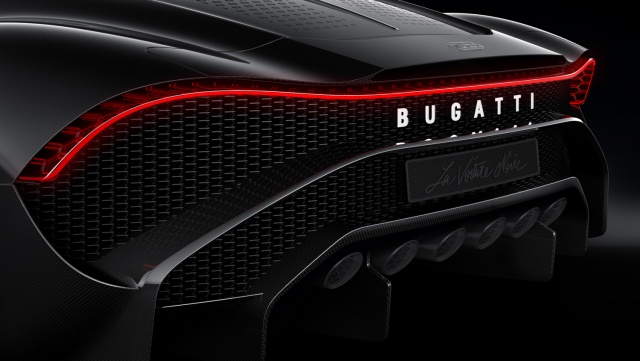 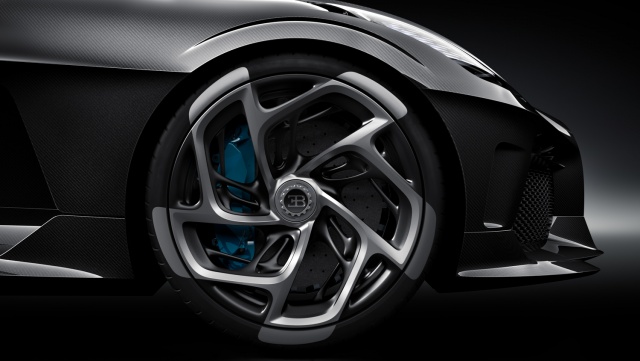 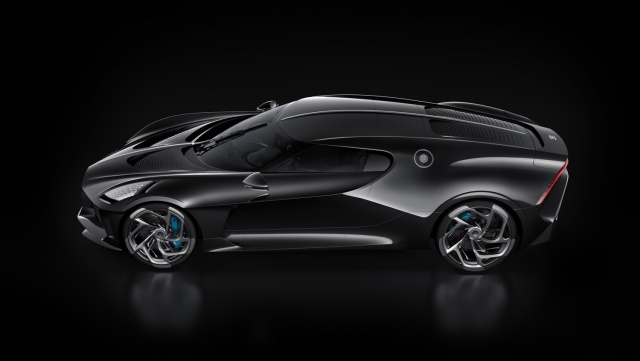 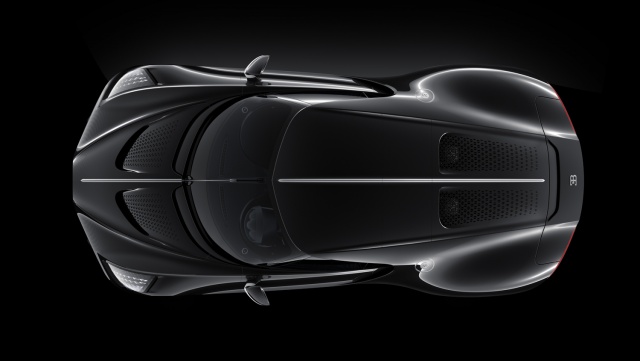 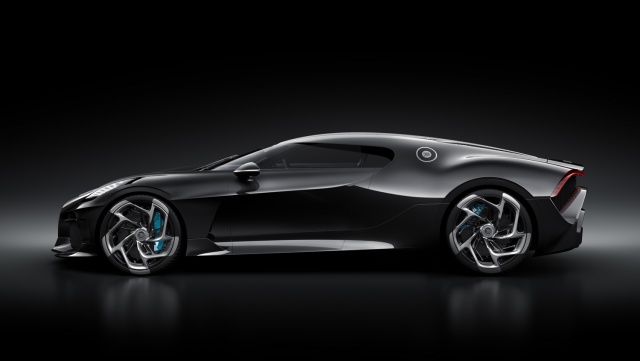 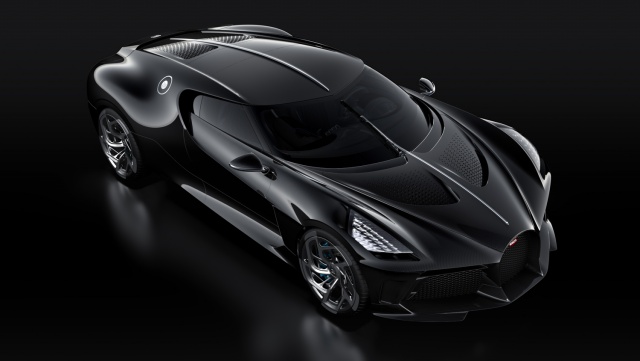 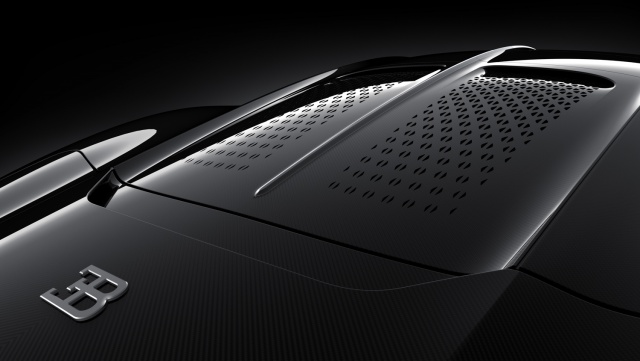 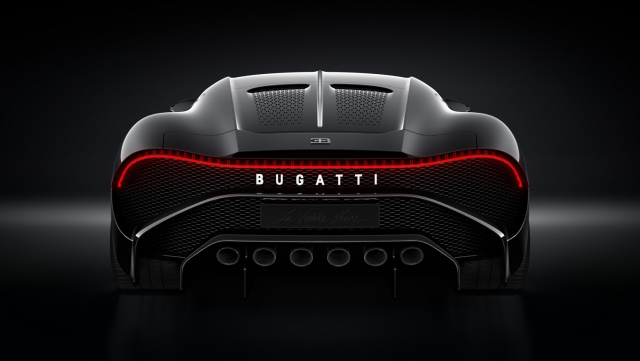 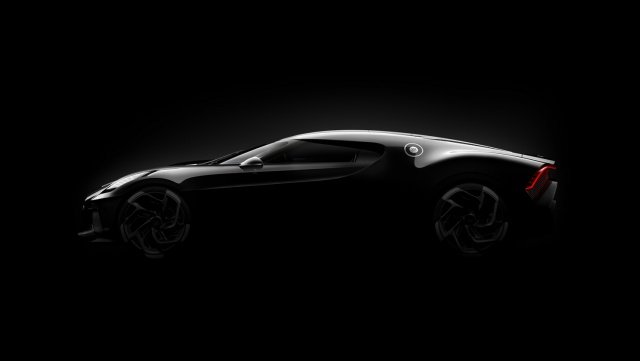 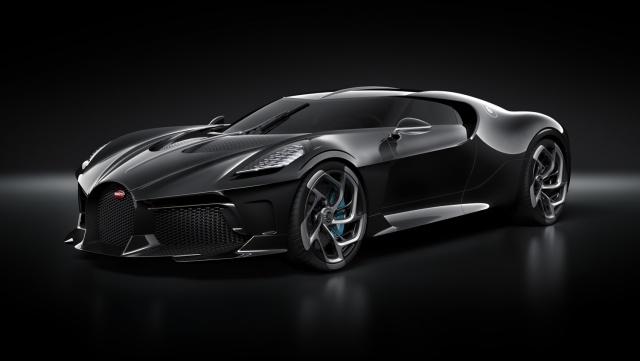 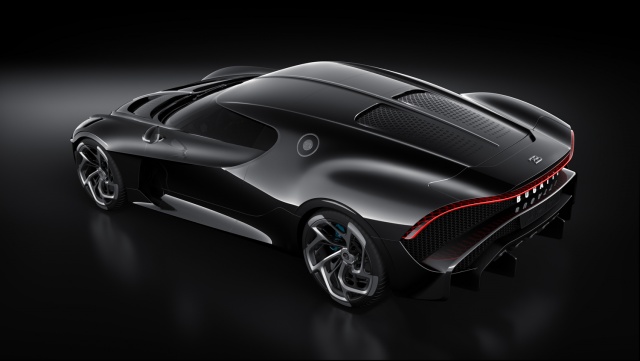 Bugatti ‘La Voiture Noire’ pays homage to brand’s past, has been sold to a Bugatti collector following Geneva show.

The Geneva Motor Show has seen the unveiling of the Bugatti 'La Voiture Noire', a one-off vehicle that pays homage to some of the great vehicles from the company's history - like the legendary Type 57 SC Atlantic - while also looking to the marque's future.

It's a styling exercise that aims to blend all the luxury and elegance of a limousine with the performance and lines of a hyper-performance coupe. So there's an elongated waistline arcing back off the rear arches, while the bumpers are integrated into the body and the windscreen wraps around to the sides. Bugatti says it is less of a hyper-sports car than the mighty Chiron and more of a 'grand tourisme'.

Not that the engine will be unfamiliar. It's the veritable nuclear generator of a motor in the middle of La Voiture Noire, the quad-turbo, 8.0-litre, W16 mill with 1,500hp and 1,600Nm, which breathes through six exhaust pipes at the back. Rather incredibly, this unique Bug is being sold to an enthusiast of the marque, for a price of €11 million before tax - and the company says it shows the coach-building skills it possesses, which has already given us the likes of the Divo and, going back to that Type 57, the Atlantic GT; a car which could hit speeds of more than 220km/h fully 80 years ago and more.

Bugatti designer Etienne Salomé said of the Voiture Noire's construction: "Every single component has been handcrafted and the carbon fibre body has a deep black gloss only interrupted by the ultrafine fibre structure. This is a material that has been handled perfectly. We worked long and hard on this design until was nothing that we could improve. For us, the coupé represents the perfect form with a perfect finish."

"Bugatti has again proved that it makes the world's most powerful, most luxurious and most exclusive hyper sports cars," said president Stephan Winkelmann. "The true form of luxury is individuality. 'La Voiture Noire' is now at the cutting edge of automobile production. It is a sculptural beauty with unique technology, the ideal grand tourisme," says Bugatti President Stephan Winkelmann.

"Our history is both a privilege and a responsibility - the responsibility for continuing the Bugatti heritage into the future. With 'La Voiture Noire', we are paying homage to our heritage and bringing speed, technology, luxury and aesthetics forward to a new era. 'La Voiture Noire' is a far more than a modern interpretation of Jean Bugatti's Type 57 SC Atlantic. It is a feast of aesthetics."