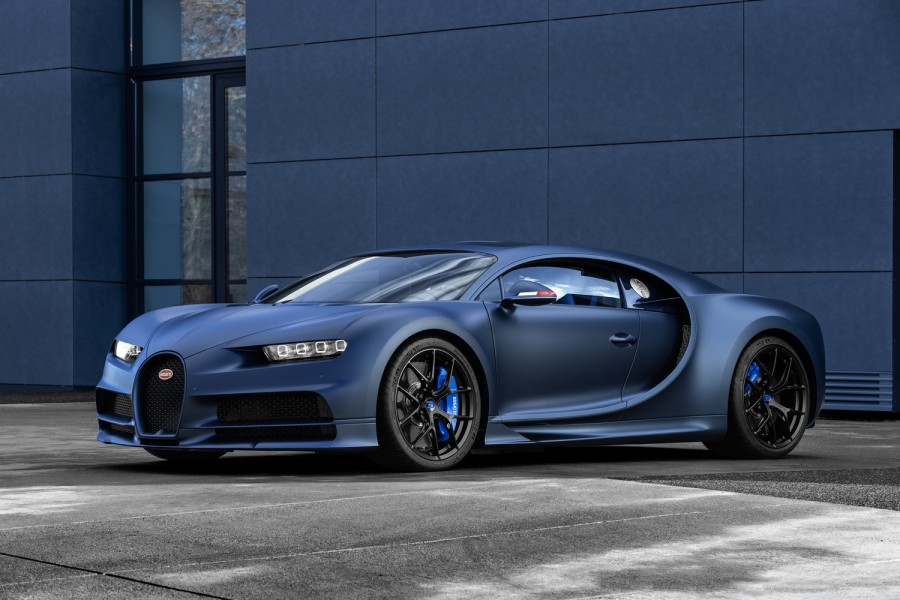 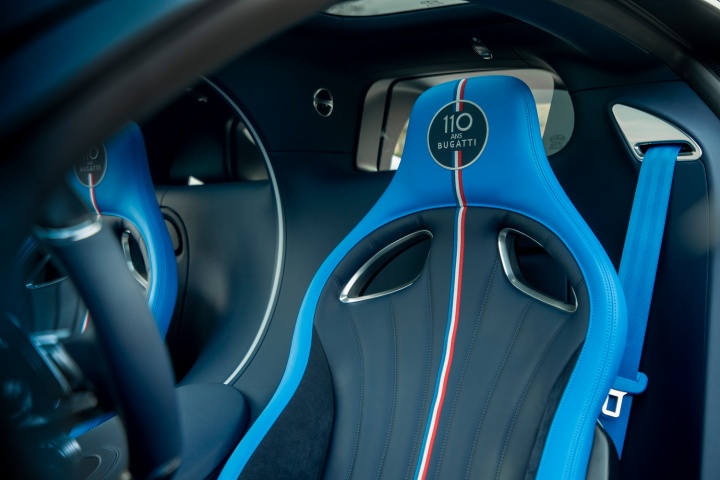 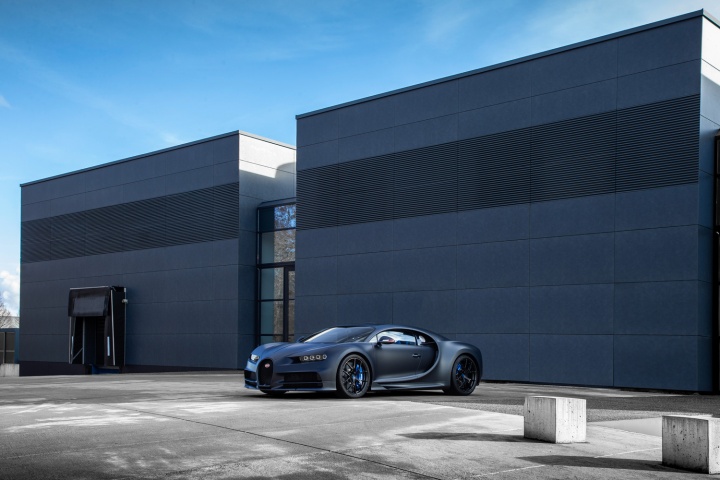 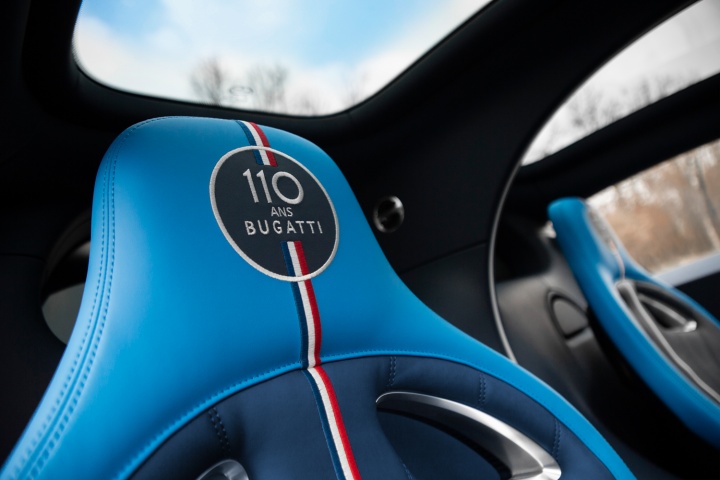 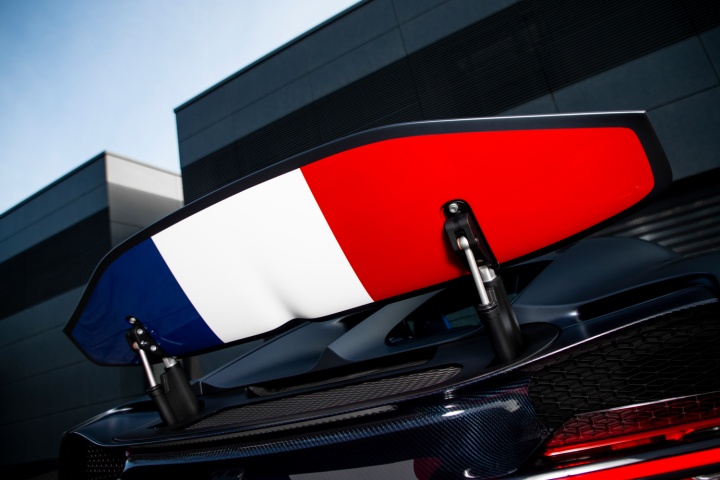 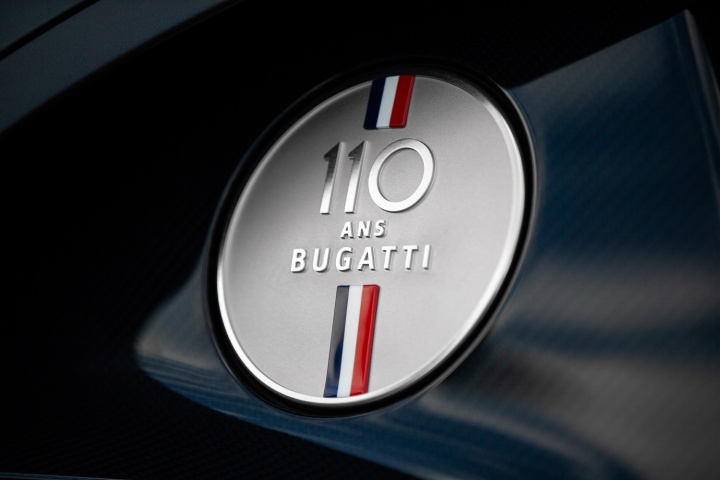 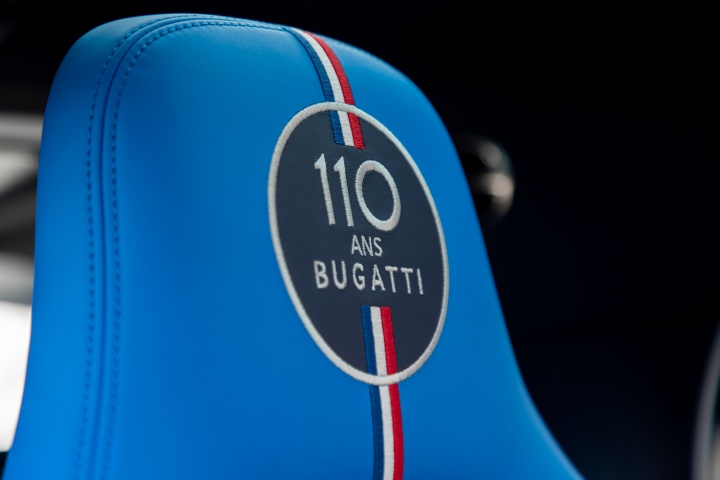 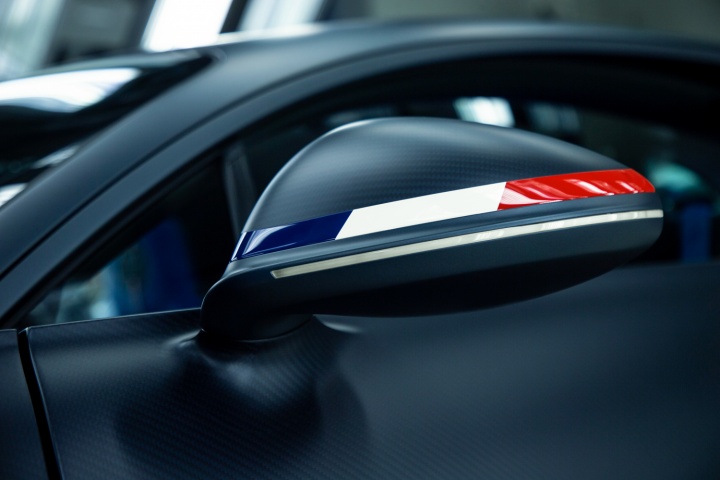 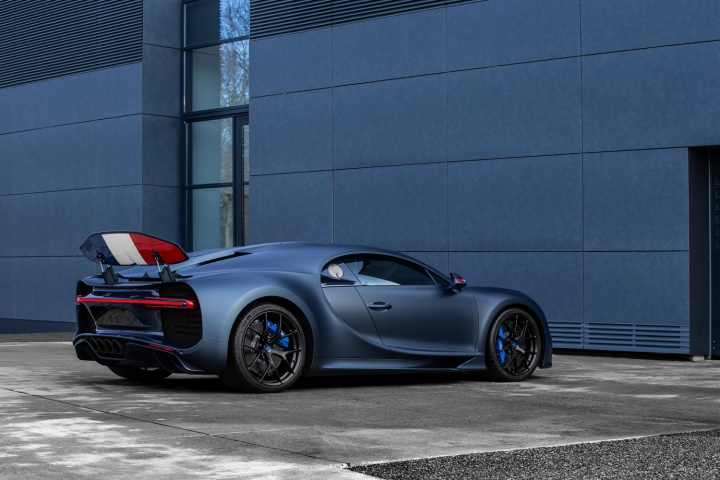 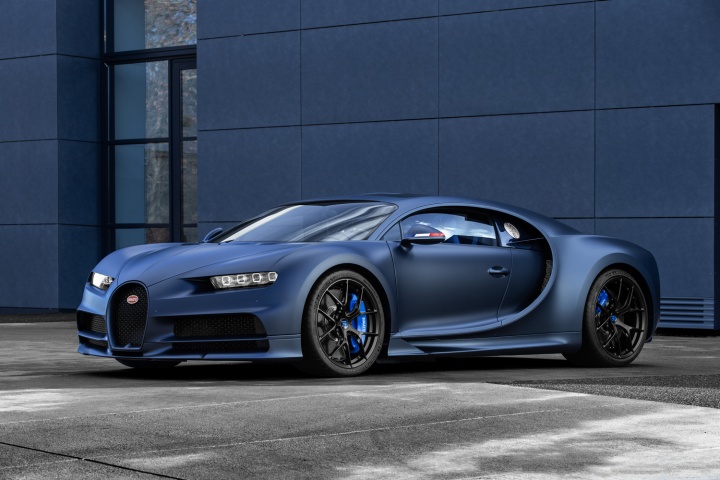 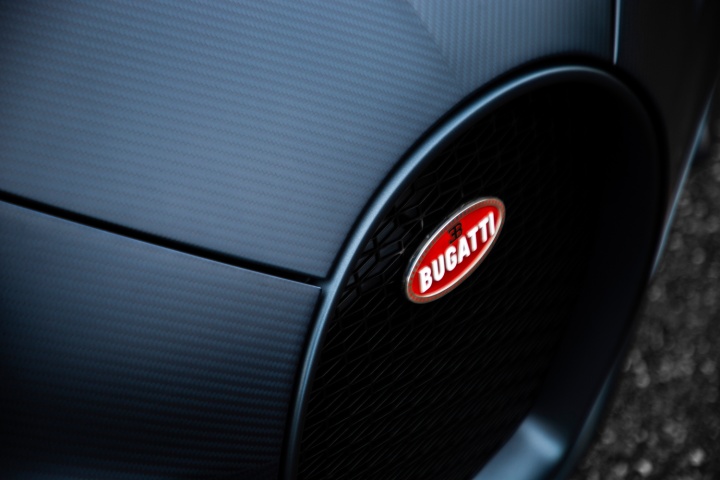 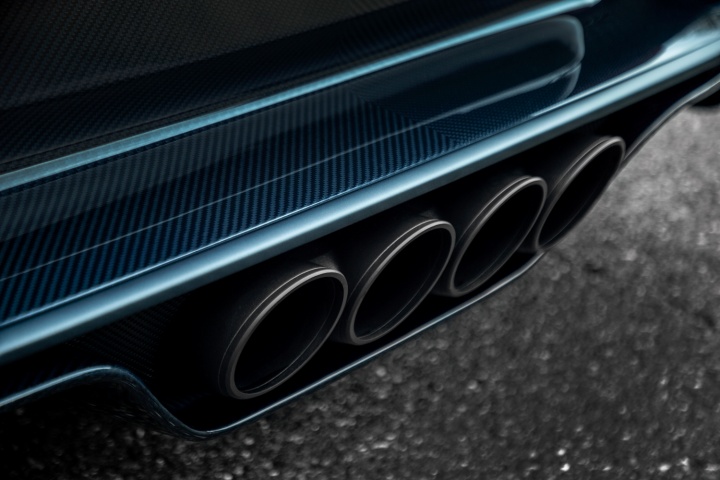 Just 20 examples of the Bugatti Chiron Sport 110 ans Bugatti will be built, with a strong French motif.

Bugatti is celebrating its 110th anniversary with a hyper-limited run of special Chiron Sport models.

Just 20 examples of the Chiron Sport '110 ans Bugatti' will be built, with plenty of detailing in the 'tricolore' red, white and blue, to signify Bugatti's long history in the Alsace region of France. The eagle-eyed among you might note that the colours of the French flag are reversed on the right-hand side of the vehicle, but that's because the blue portion always has to be to the fore on both sides official French cars, so Bugatti has followed suit.

The front end and bodywork of the 110 ans Bugatti are both made of carbon fibre, while the Bugatti radiator is crafted from aluminium. Matte-effect Steel Blue paintwork is said to have a 'sheen like hot-rolled steel', while the C-line surrounding the passenger compartment is finished in the same colour. However, Steel Blue Carbon is used on the exposed carbon-fibre front, so Bugatti says this special Chiron Sport still has its trademark two-tone colour scheme.

The alloys are finished in Nocturne matte black and behind them are French Racing Blue brake callipers. The Bug's aluminium fuel filler cap is sandblasted and then hand-polished for an 'immaculate' finish, which then bears the '110 ans Bugatti' emblem running vertically through the cap. At the rear, there's a matte-black exhaust system and another French tricolore under the rear spoiler. The Chiron Sport 110 ans Bugatti also gains the Sky View twin glass-panel roof.

Within, it's an interior dominated by two-tone blue seats, the lighter French Racing Blue highlighting the contours of the chairs while the Deep Blue hide does the job of supporting the humans who get to sit in the hypercar, while there are plenty of '110 ans Bugatti' logos dotted about. The lucky owners of this particular Chiron Sport will also enjoy a matte carbon-fibre steering wheel with a blue leather cover and a 12 o'clock marker, with more carbon fibre found on the nacelle, steering column and seat trims. Even the key is finished in three sewn leather patches in red, white and blue, while there's a bespoke medallion in the centre console stowage space, made of solid silver with enamel inserts and positioned on a carbon-fibre plate.

"With the limited Chiron Sport '110 ans Bugatti', Bugatti is ushering in the 110th anniversary of its foundation," said Stephan Winkelmann, president of Bugatti Automobiles. "At the same time, we are underlining our origin and our French roots. Molsheim, in the Alsace region of France, is an essential element in Bugatti's brand history and this is also where we are planning our future."