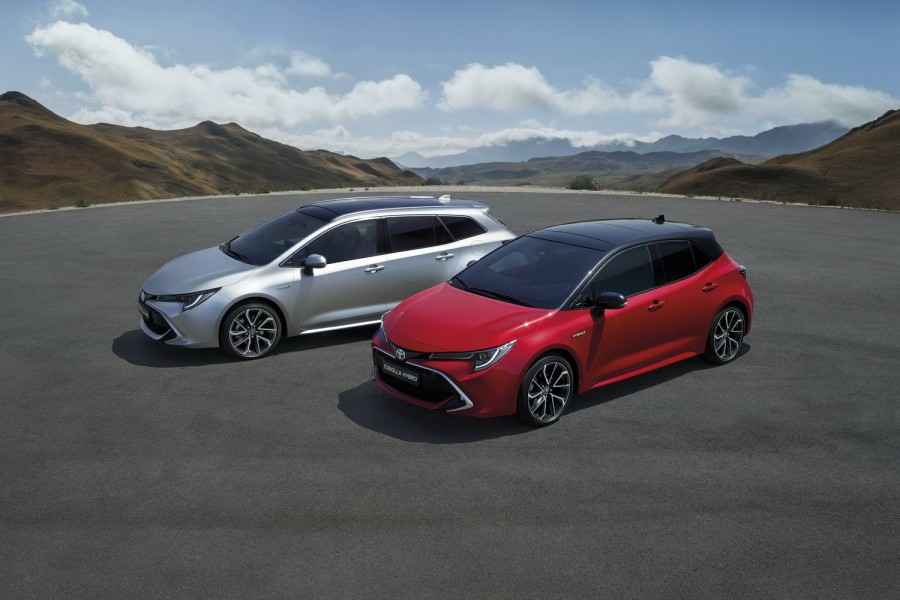 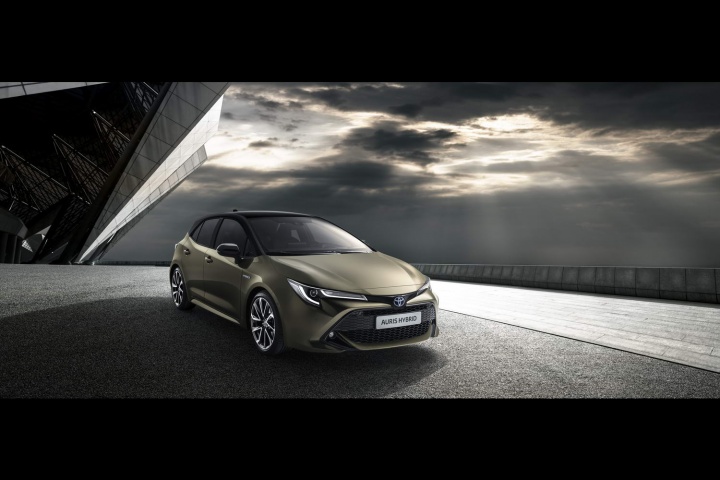 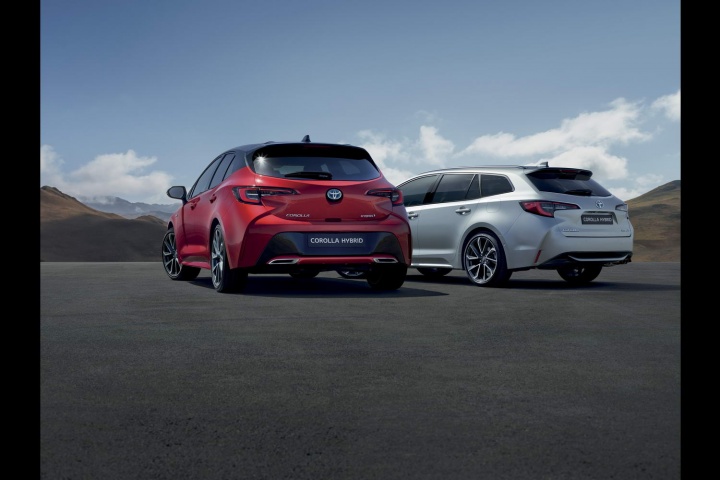 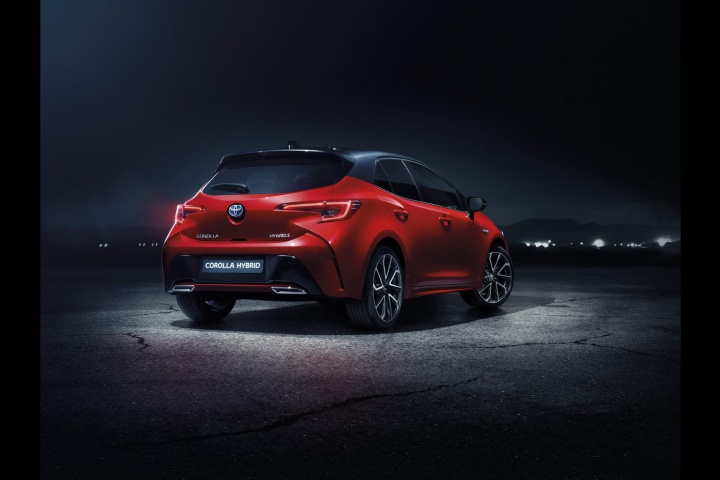 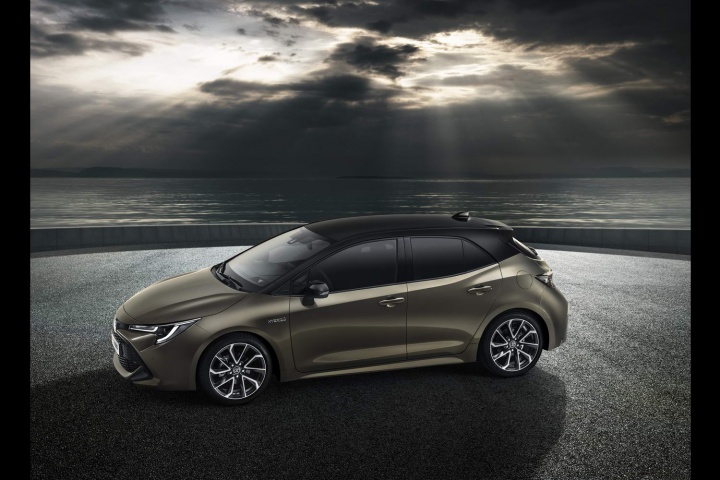 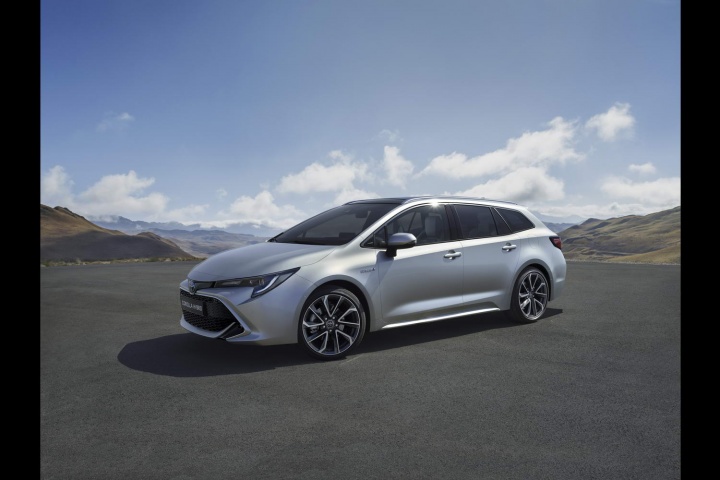 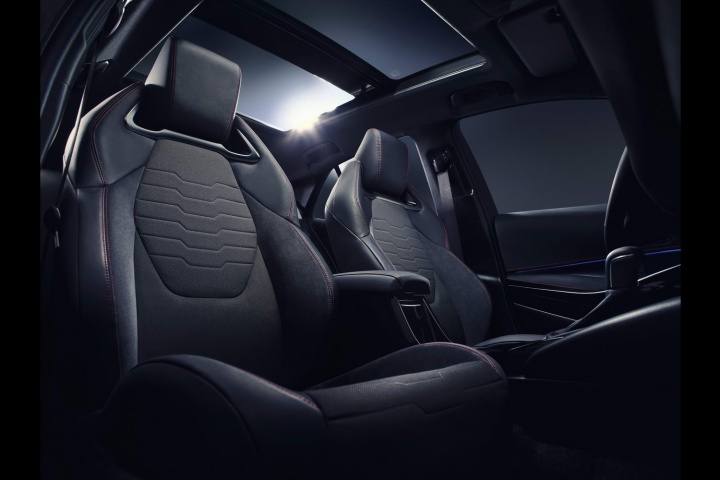 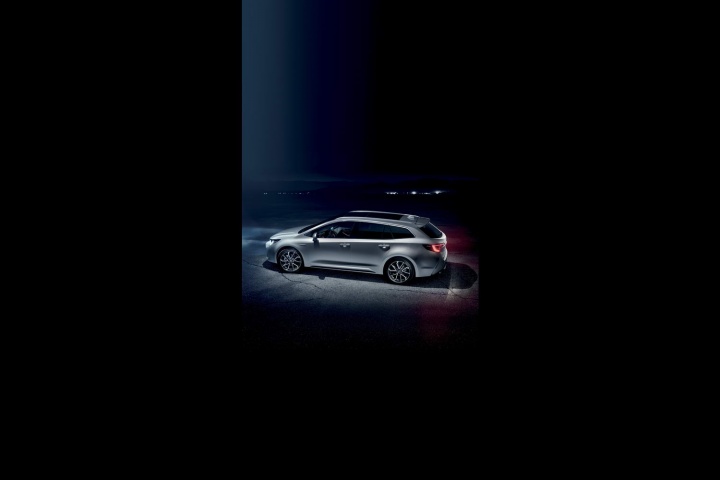 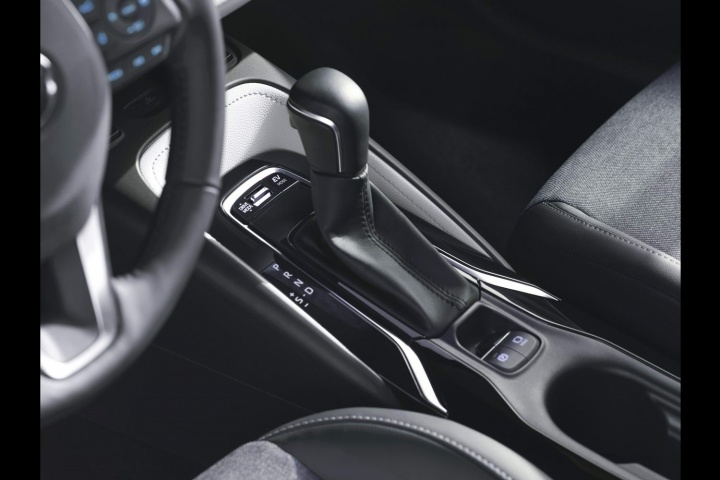 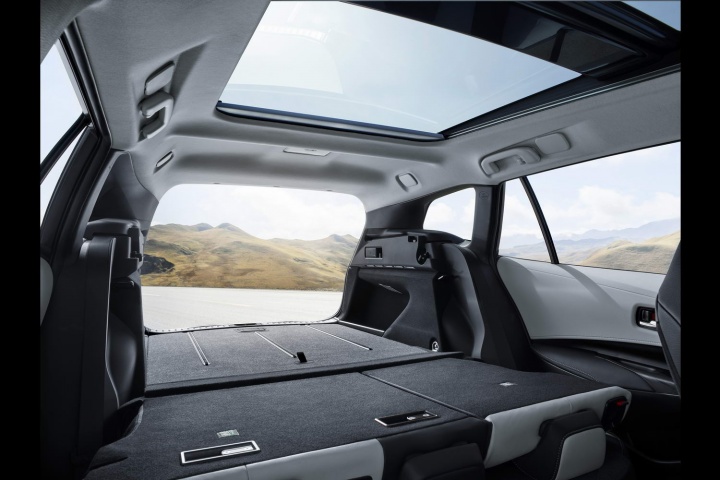 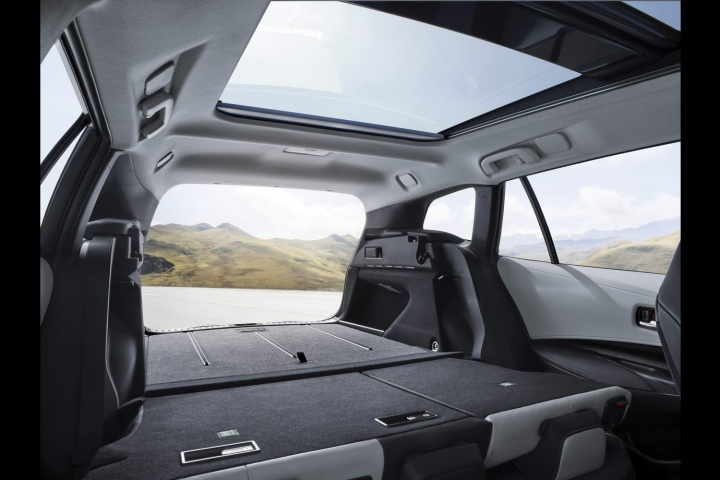 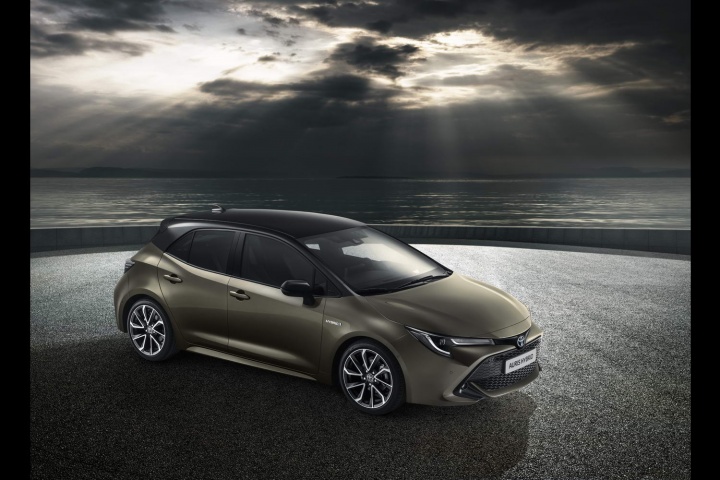 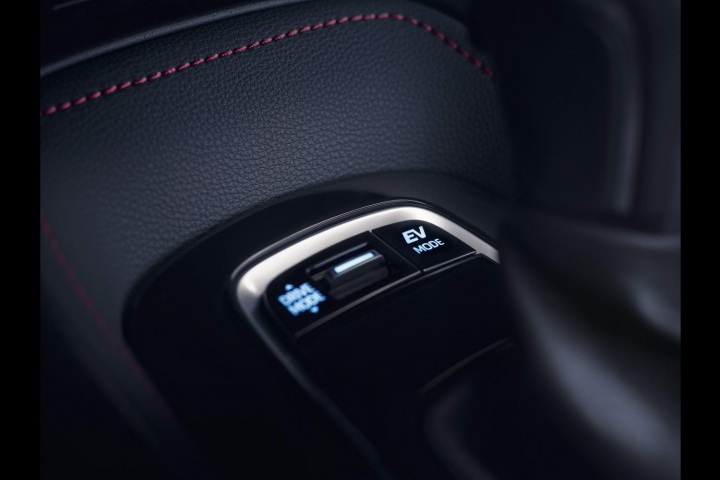 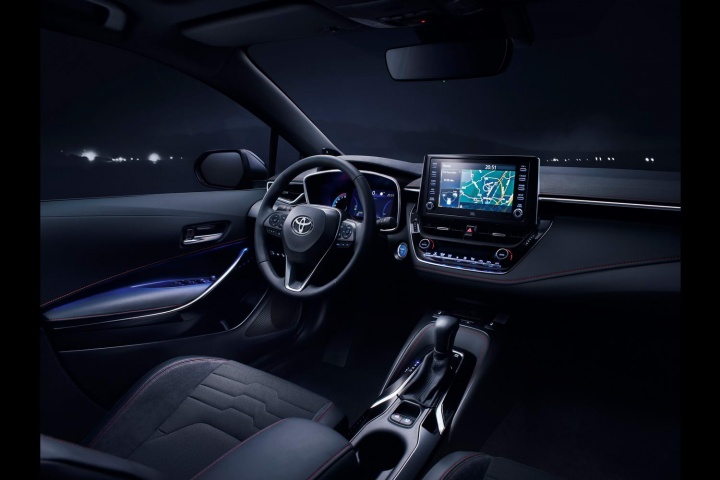 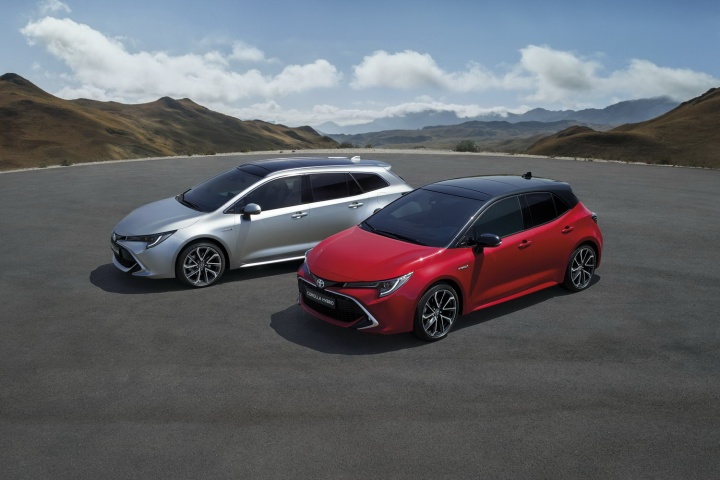 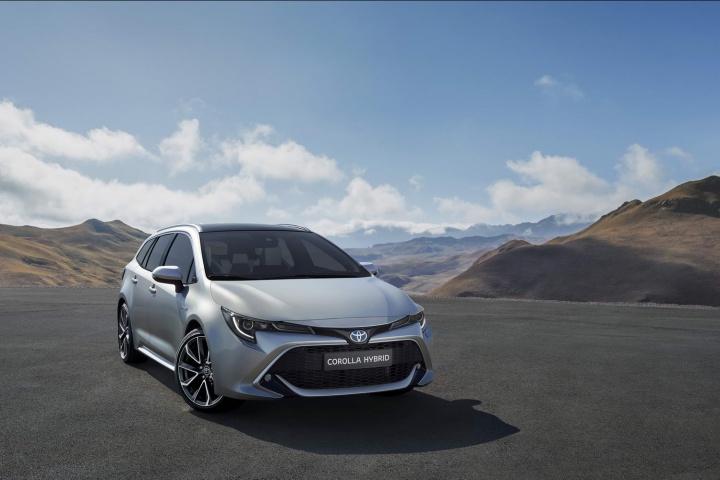 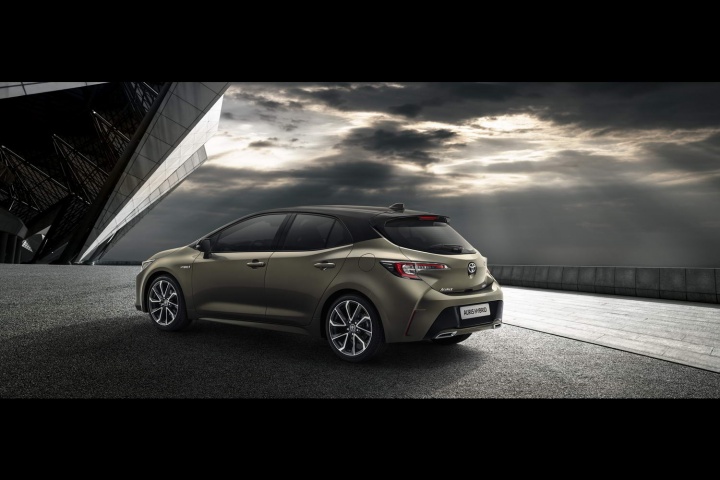 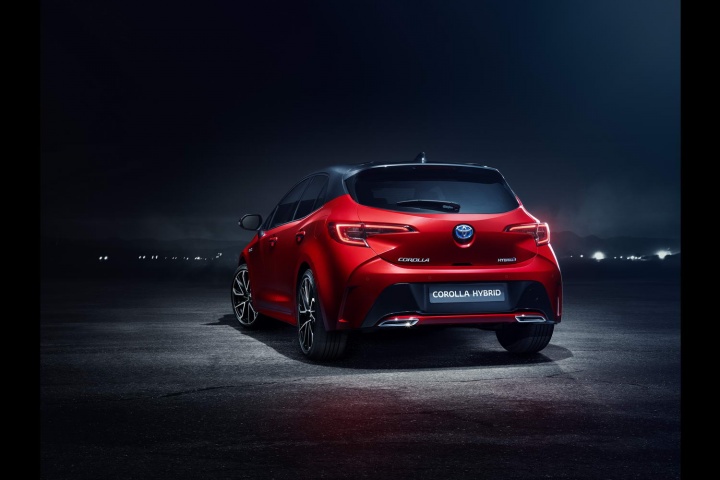 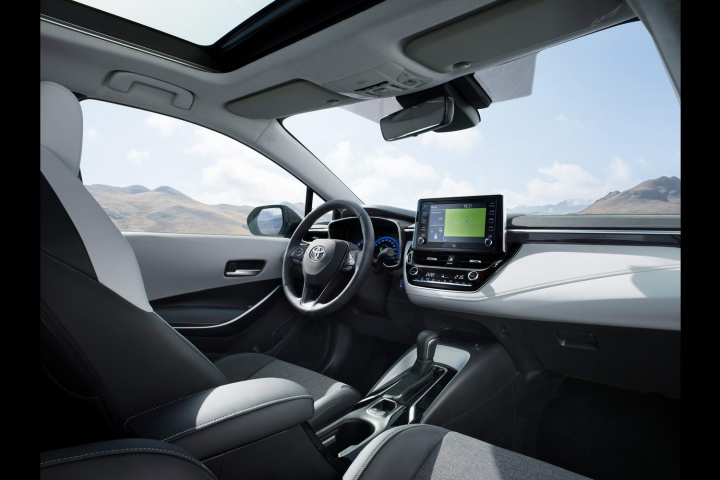 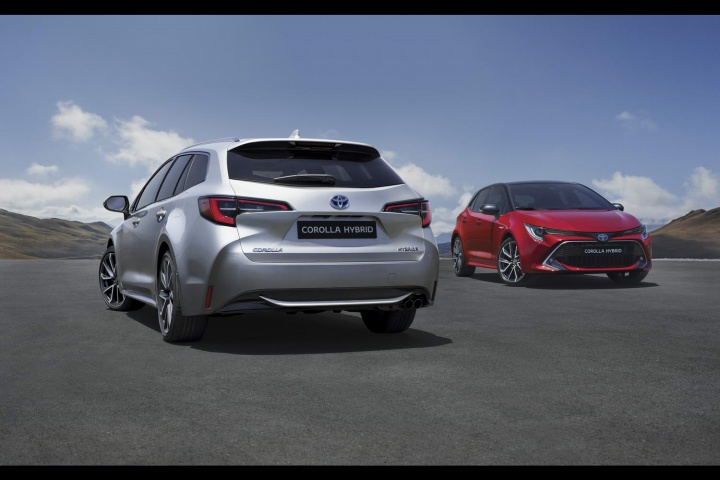 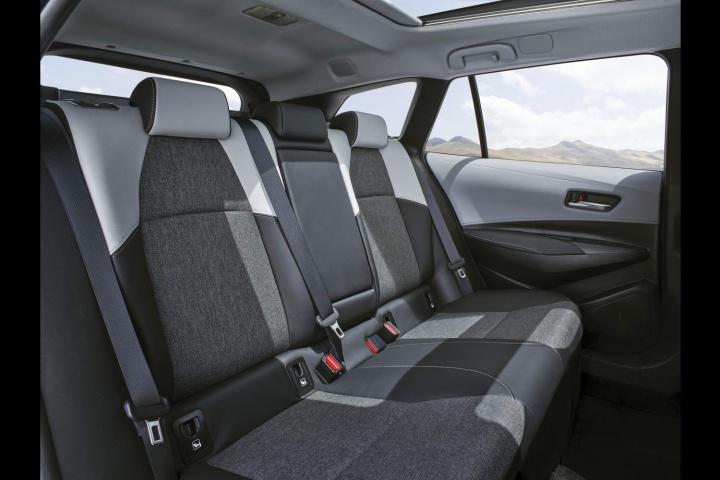 The full debut of the Toyota Corolla has taken place at the Paris Motor Show, where it has been joined by the Touring Sports estate. These two replace any and all Auris models as Toyota reaffirms its commitment to the Corolla nameplate, the best-selling car in the history of mankind.

Built on the Toyota New Global Architecture (TNGA) chassis, which is underpinning the Japanese brand's revival, the Corolla's GA-C platform variant of TNGA ensures that everything in the car is lower than the old Auris: the centre-of-gravity has dropped 10mm, the bonnet height 47mm and the hip points for passengers are down by 24- and 26mm, front and rear respectively. The body shell is also 60 per cent more rigid than it was previously, while it's also super-tough to ensure the Toyota should do well in Euro NCAP safety testing.

That means the Corolla twins are low, sleek and good-looking machines, styled as they were in Europe, rather than Japan. The Touring Sports, to kick things off, is 58mm longer than the old Auris estate and its wheelbase is stretched by 100mm to 2,700mm in total, allowing for 'class-leading rear legroom' of 928mm (+48mm). Everything from the Touring Sports' B-pillar back is changed from the Corolla hatchback's bodywork, while full LED lamp clusters at the rear sit beneath a window that's raked forward 12 degrees more than the Auris predecessor's. A total of five 17- and 18-inch alloy wheel designs, plus 11 body colours (four of which are new, namely Oxide Bronze Metallic, Emotional Red 2, Precious Silver and Phantom Brown), ensure there's plenty of choice for the Corolla Touring Sports, while four optional two-tone colour schemes paint the roof, roof pillars and front lower grille surround black.

The Corolla hatchback, we know a bit more about, so allow Simon Humphries, the executive general manager of Toyota Global Design, to explain its appearance: "Our primary goal with the new Corolla was to create the most bold and dynamic hatchback on the market, without compromising on interior usability. Harnessing the low centre of gravity afforded by the TNGA layout, the vehicle is light and agile in the side view, yet as we move to the rear, the architecture transforms to create a solid, wide and low stance that is absolutely critical to the European market."

Good news, here - the superb cabin of the C-HR crossover has been used as the benchmark for the cabins of the Corolla and its Touring Sports sibling. So, while the interior aims to 'offer customers sensory quality of the highest order', let's focus on the more practical stuff. The instrument panel is 24mm narrower, aiming to improve the feeling of spaciousness within. Meanwhile, the centre console has widened by 42mm and moved up by 22mm, to improve ergonomics and wrap around the driver. Revised front seat designs aim to provide greater occupant comfort, with sports seats an option on higher-spec models.

Toyota's Touch 2 infotainment and the major visuals are provided by a human-machine interface (HMI) that comes on either a 3D instrument cluster, or multifunction display, with a 10-inch colour head-up display and an eight-inch central multimedia screen providing the maximum of functionality. Other features include an electronic parking brake, wireless smartphone charging and a self-dimming rear-view mirror. In terms of boot space, the Touring Sports has a minimum of 598 litres of capacity and a powered tailgate, to make accessing the cargo area easier.

Time to reference the C-HR again, because the Corolla twins use both powerplants currently found in the edgy crossover. That means a 1.2-litre turbocharged four-cylinder petrol engine with 116hp kicks things off, while the 122hp 1.8-litre hybrid drivetrain is the next step up; Toyota says it has worked on the 1.8 to make it quieter, cleaner and more efficient. So far, so familiar.

The interesting bit comes when discussing the bigger, 180hp/192Nm 2.0-litre hybrid drivetrain. Rembert Serrus, the senior manager for Performance Planning, Toyota Motor Europe, explained its inclusion in the line-up: "At the start of the project, we studied European customer profiles and their satisfaction with the 1.8-litre hybrid powertrain. Whilst being very happy with the system's fuel consumption, comfort, smoothness and reliability, it became apparent that we would not be able to satisfy the requirements of a significant group of potential customers. People driving turbocharged powertrains above 1.4 litres were clearly asking for faster acceleration and response, and that's why we took the decision to develop the 2.0 litre hybrid for the European market."

So there you are; we complained about the lack of refinement and performance in the 1.8 hybrid, Toyota listened and now we've got this powertrain. Furthermore, it is linked to a six-speed Sequential Shiftmatic transmission with steering wheel-mounted paddles, which sounds to us like 'not a CVT', which can only be a good thing.

Toyota makes great play about the driving dynamics of the Corolla, citing the TNGA GA-C platform as the reason behind its sharpness. The key features are high torsional rigidity, multilink suspension at the rear, new shock absorbers, revised front suspension geometry, optional Adaptive Variable Suspension switchable dampers and the Corolla's aerodynamic shape. There has also been significant work on improving the suppression of NVH (noise, vibration and harshness), such as great wads of sound-deadening and hidden features, like the steering wheel pad, aiming to reduce vibration.