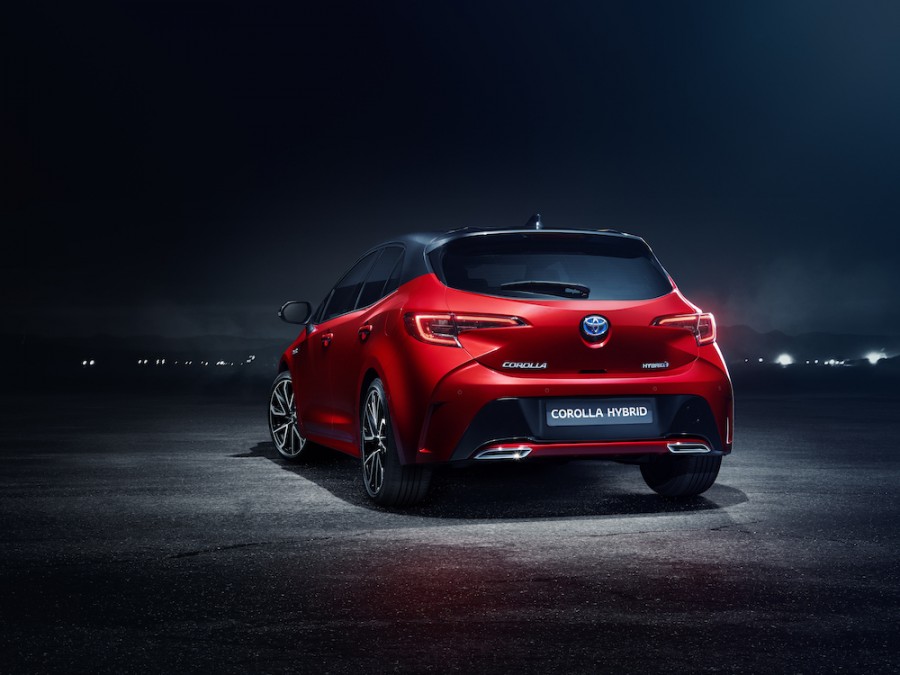 Toyota Ireland has confirmed the first Corolla Hybrid will be sold in this country, with the first cars due to hit our shores in February 2019.

Powered by the 1.8-litre hybrid drivetrain that has seen service in the Prius and C-HR models, the Corolla Hybrid will have a sharper look and more engaging dynamics, as a result of its Toyota New Global Architecture (TNGA) platform.

The Corolla saloon will also be available with a 1.6-litre petrol engine, but Toyota Ireland is predicting that 90 per cent of the model's four-door sales in 2019 will be Hybrids.

Furthermore, the Corolla family is being enlarged with the adoption of the Auris as the Corolla Hatchback. It will sit alongside the Saloon and Touring Sports estate in the new Corolla line-up, and the switch from Auris badging to Corolla is a move that's designed to capitalise on the power of global names - the Corolla has sold 45 million units worldwide in its lifetime, which makes it the best-selling car in history.

Prices and trim grades for the 191 Corolla line-up, Hybrid included, will be available from Toyota dealers nationwide from October 18th this year.

Steve Tormey, chief executive of Toyota Ireland, said: "2019 is an incredibly exciting year as we see the arrival of the first ever Corolla Hybrid in Ireland. The Corolla, the world's best-selling car, has long been Ireland's favourite, and our customers have been eagerly awaiting the hybrid variant. We're also delighted to announce the extension of the Corolla family, which represents the clear strategy to use the power of big global brand names to complement Toyota's New Global Architecture (TNGA).

"The brand-new premium Corolla Hybrid will reflect the core attributes of the new generation of game-changing hybrids, with its distinctive design and engaging driving dynamics. We're anticipating that there will be a huge demand for the new Corolla Hybrids, not only from loyal customers but from a new cohort of fans, long before its arrival in Ireland. and we would encourage those interested to register via Toyota.ie. With many people looking for alternative powertrains, the Corolla Hybrid is a very welcome addition to the full Toyota hybrid range."