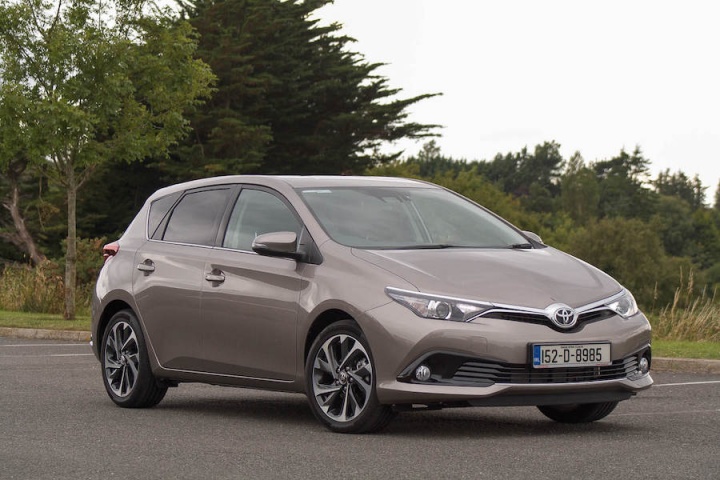 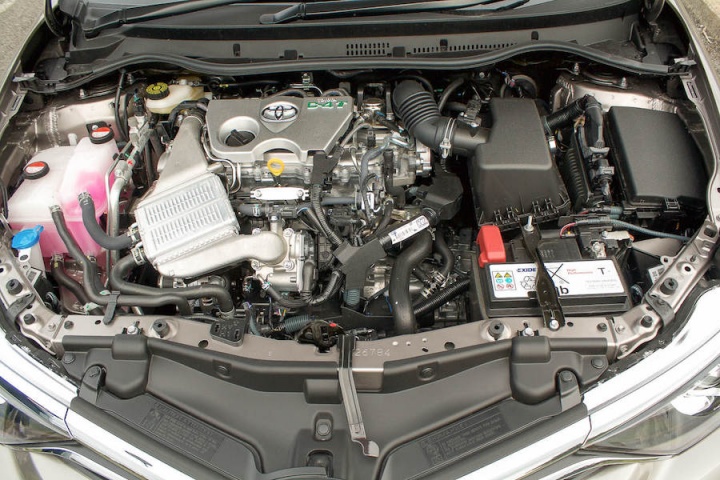 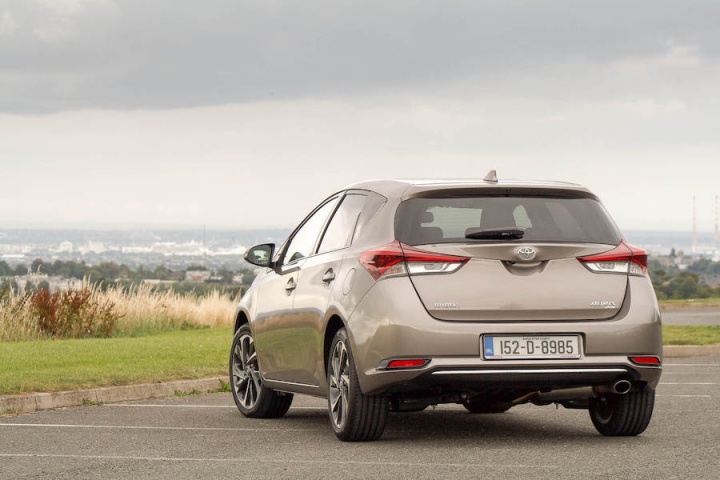 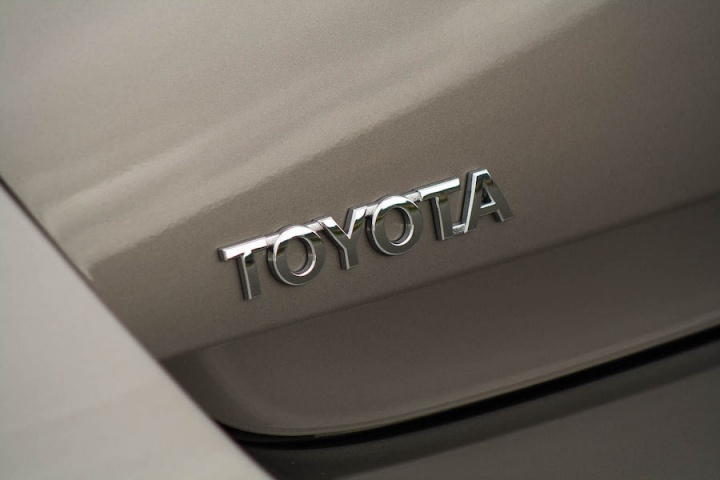 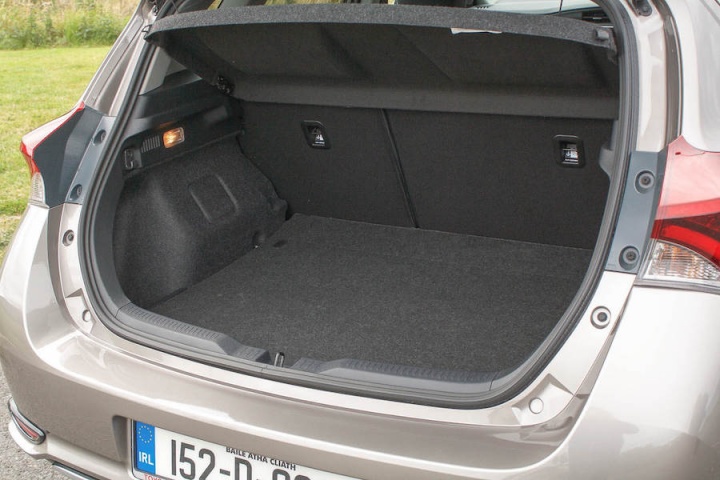 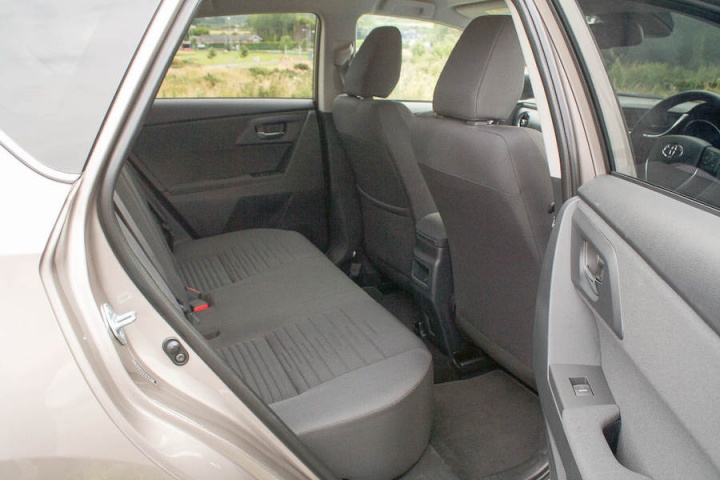 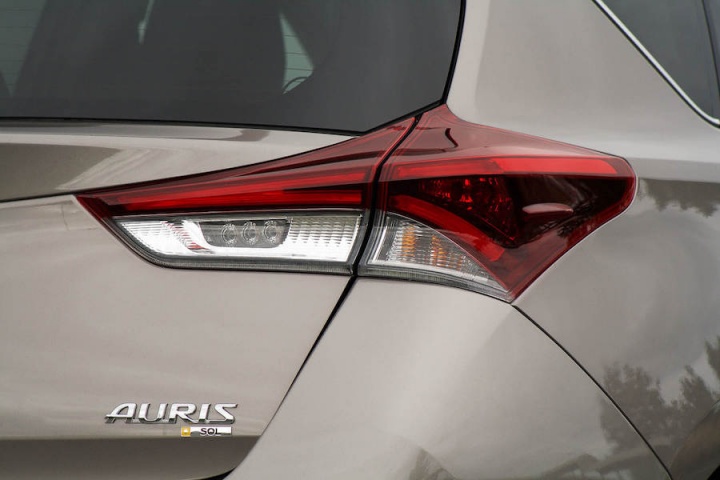 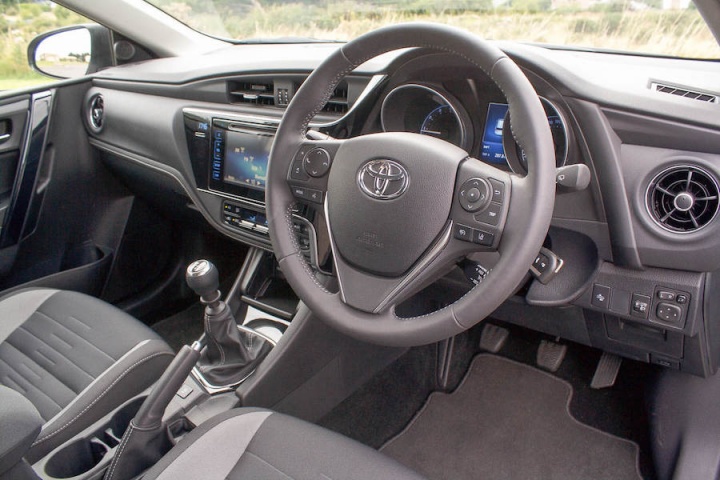 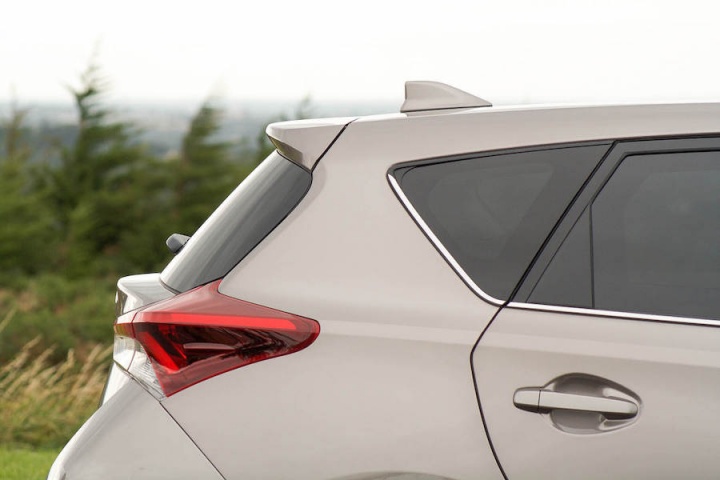 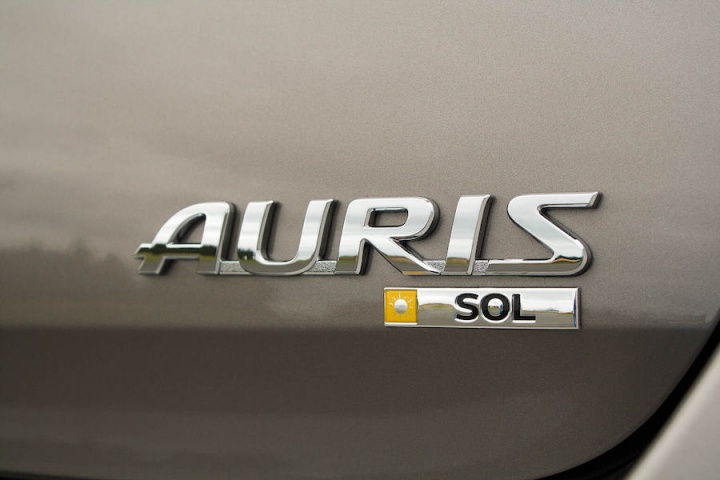 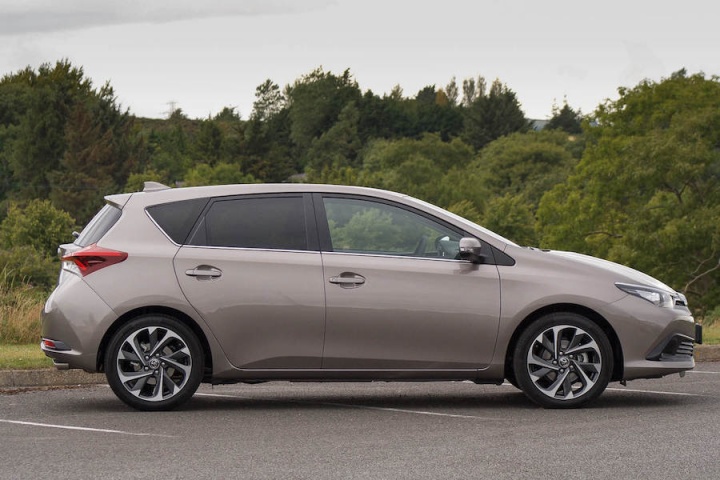 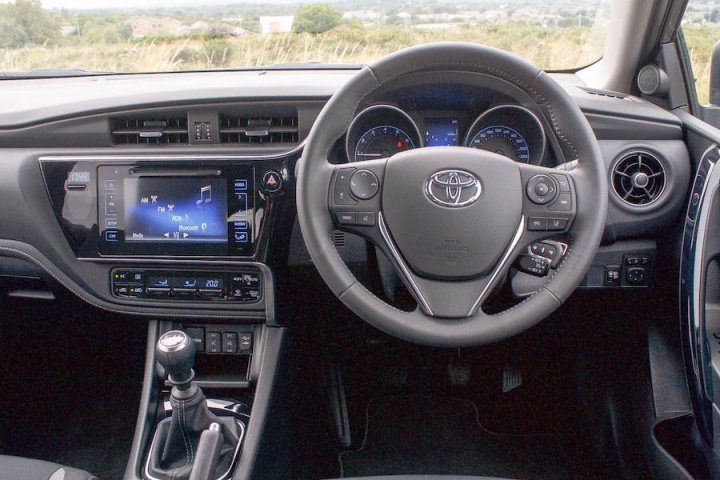 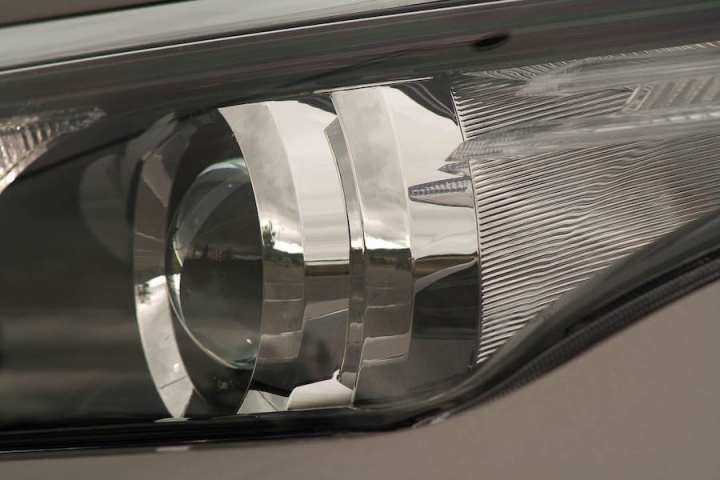 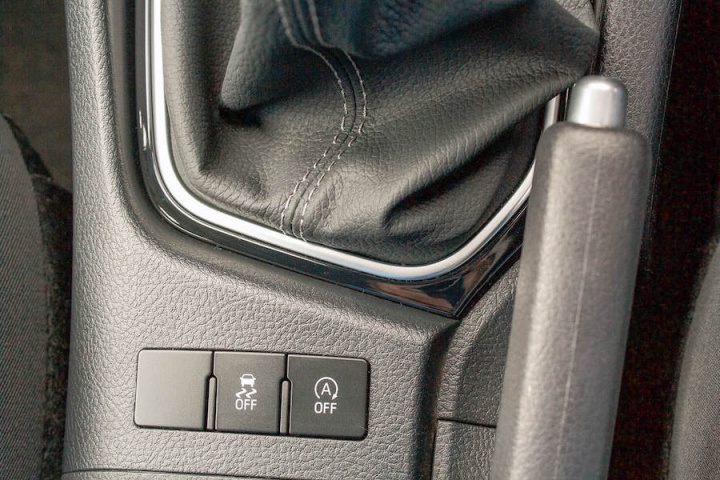 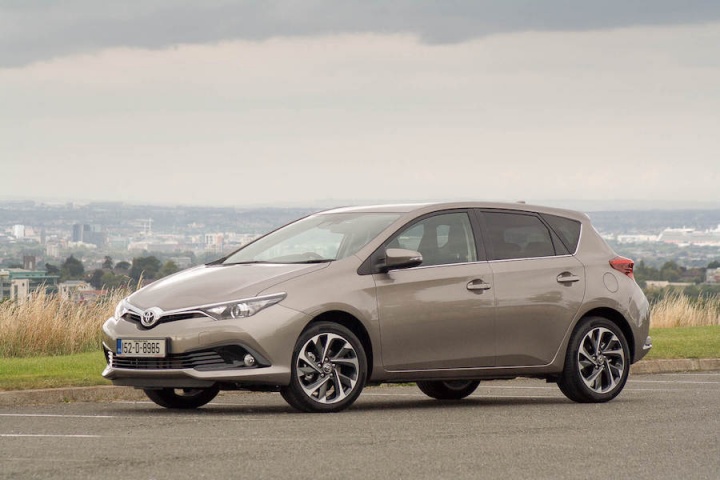 Toyota ups its game with an updated Auris that is now a more serious contender.

Good: sharper looks and a much improved driving experience.

Not so good: lower grades aren't as generous, lacks the solid feeling of some rivals.

Previously, on paper at least, the Toyota Auris was a fair rival for the likes of the Ford Focus and Volkswagen Golf, but it failed to ignite any real sense of desirability that its biggest rivals had. I, along with many other journalists, found it far too easy to criticise for being a rather lacklustre offering from the Japanese giant. However, with this newer model Toyota has allowed its European division to take the lead in its development, much to the car's benefit.

This 'new' Auris straddles the area between facelift and all-new model such are the extent of the changes applied. Visually it looks a whole lot sharper too, especially in this range-topping Sol specification, which rides on some premium looking machined-face 17-inch alloy wheels. Much like its big brother, the Avensis, the Auris now has a new nose that helps give it a sleeker image.

Perhaps the biggest surprise is the new 1.2-litre turbocharged petrol engine. Not only does it return respectable fuel consumption, it is also quite a perky engine that pulls the mid-size Toyota along at a heathy pace. It is quiet and refined too. More often than not these days engines are being tuned with a greater bias towards lower fuel consumption and emissions and less performance, but in this instance Toyota has, to its engineers' credit, nailed it. Throttle response is quick and there's just enough torque to save you from having to work the six-speed manual gearbox too hard.

The Auris doesn't quite have as much character or feel when driven more enthusiastically as say the Volkswagen Golf does, but the ride and steering have had noticeable improvements resulting in a car that is one of Toyota's best offerings in years. All of the controls like steering and gear selection are light to the touch and combined with the smoother petrol engine make for a car that is far from taxing to drive, even in start-stop traffic.

Improvements in both the design and materials used throughout the cabin have also greatly benefitted the Auris. Granted, this test car is the Sol specification, which includes better front seats that are also heated, a 'floating' seven-inch Toyota Touch 2 media system (which works very well) and cupholders for rear passengers to name but a few. All minor things, but all combine to make it a better car, although it is worth pointing out that the 1.2-litre engine is only available on the mid-level Luna and Sol models, not the entry-level Aura. In some areas though it doesn't quite feel as solid as some of its rivals. Slam a door and you don't get that reassuring thud you might get from a Golf and whilst sitting in traffic during one heavy downpour the sound of the rain hitting the roof was disconcertingly loud.

Room in the back is helped by the fact that the Toyota features a flat floor all the way across so it is more comfortable for whoever draws the short straw to sit in the middle. Boot space too isn't much to complain about with 360 litres capacity, while folding down the rear seats is a very simple task, opening it up to 1,199 litres of space.

The relative frugality of the 1.2-litre petrol engine is one of the best demonstrations yet that diesel power isn't the best solution for a lot of motorists on the road today. Delivering a refined drive and costing less overall when you take purchase price and motor tax into account, the new Auris is now far more worthy of making it onto your shortlist as a potential next purchase. It might not have as solid a feel as its main rivals but it has come on a long way since it first appeared on the scene.

Ford Focus review
Ford Focus vs. Toyota Auris: despite some iffy iterations in the past, this latest Focus is very much back on form. 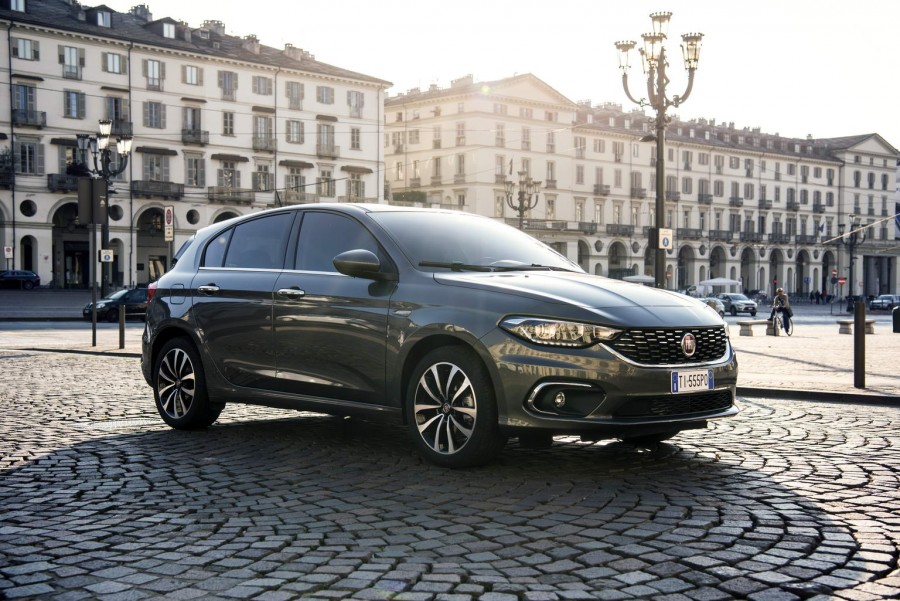 Fiat Tipo hatch review
Fiat Tipo vs. Toyota Auris: new for 2017, the Tipo brings Fiat back to the C-segment, and it's good value too.

Volkswagen Golf review
Volkswagen Golf vs. Toyota Auris: some might call it boring but it leaves little room to fault; don't ignore its 1.2 TSI engine either.