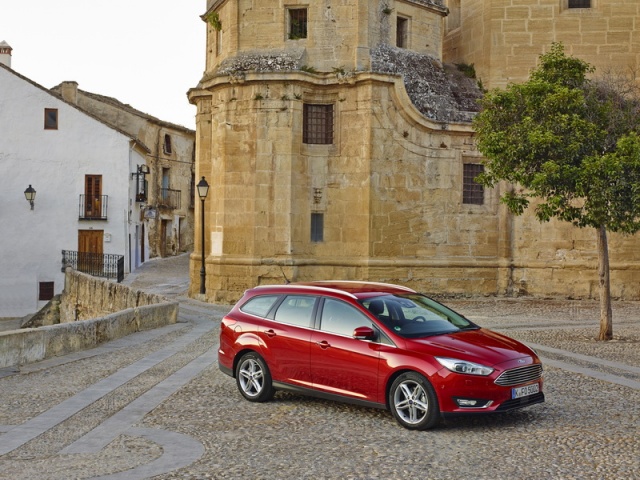 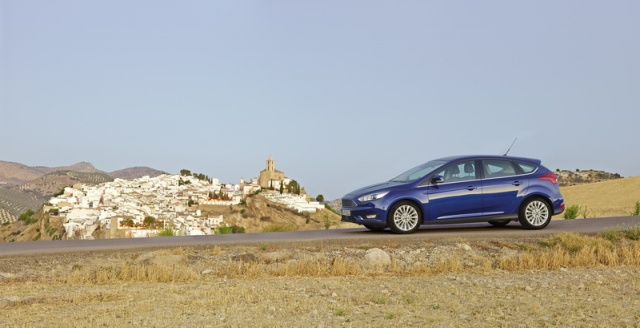 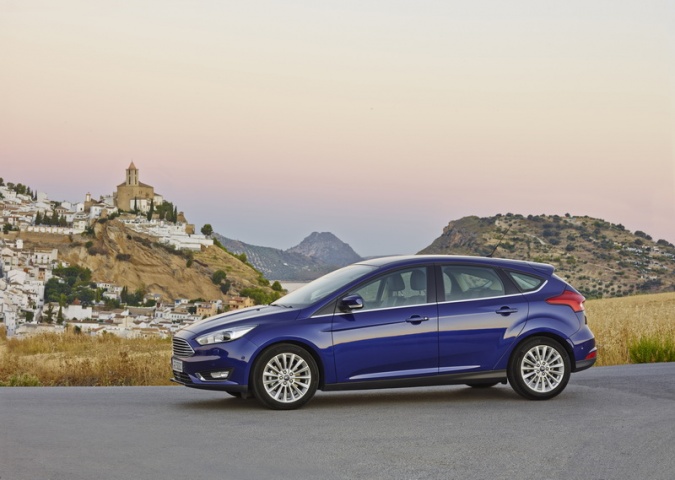 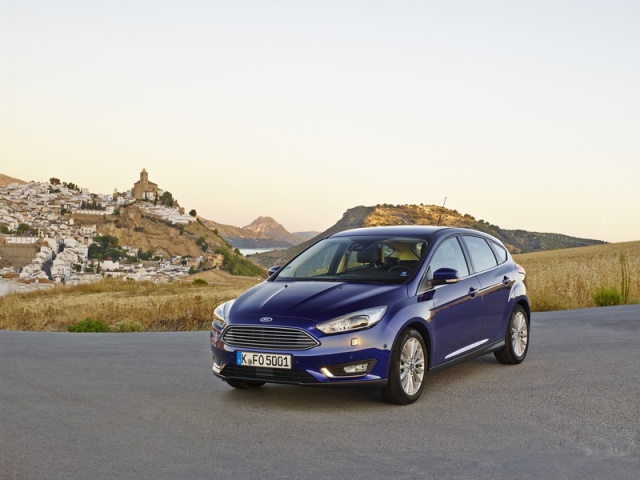 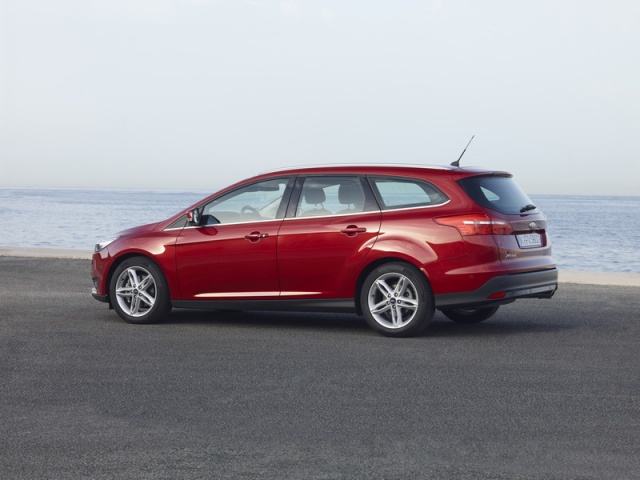 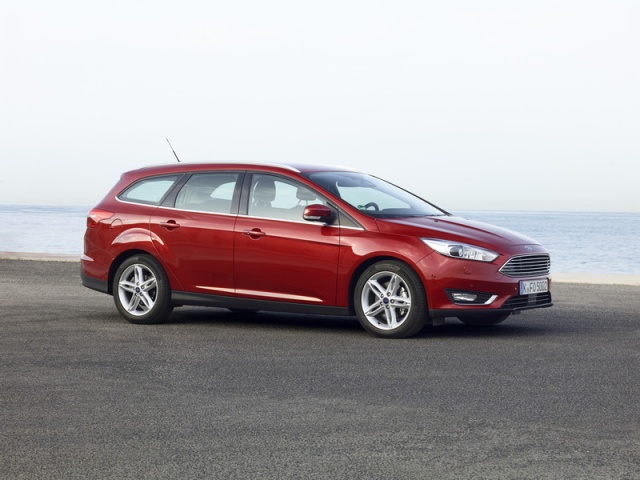 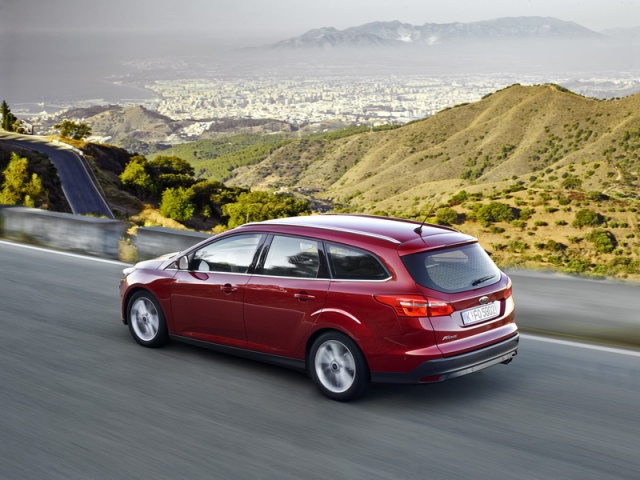 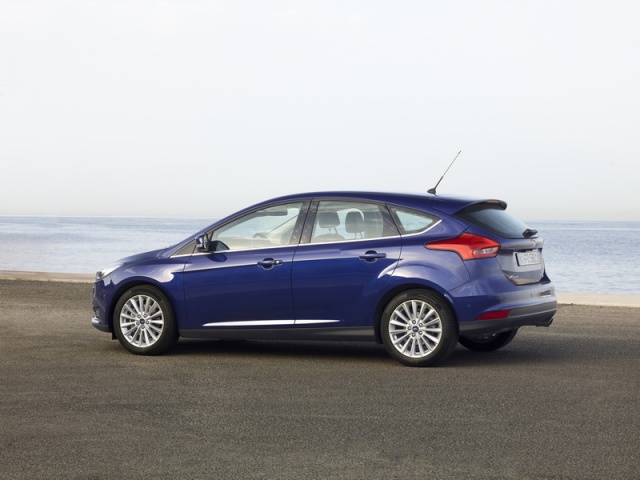 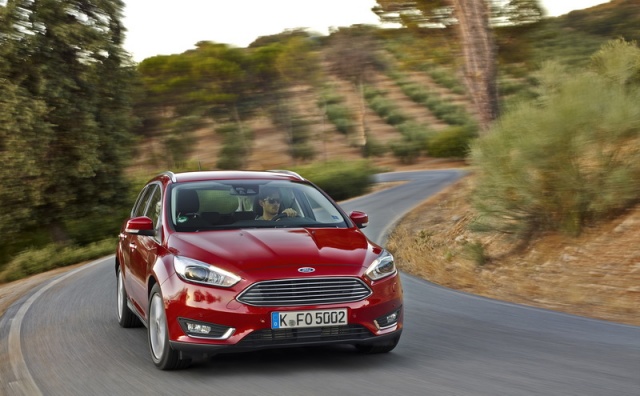 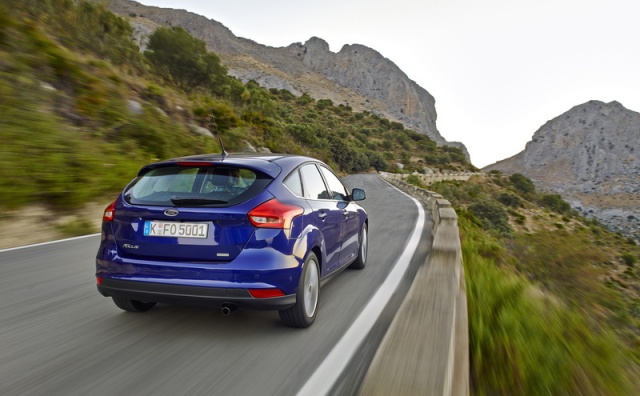 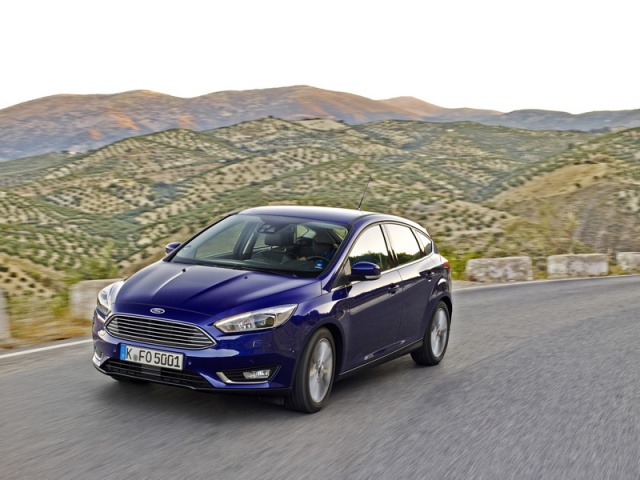 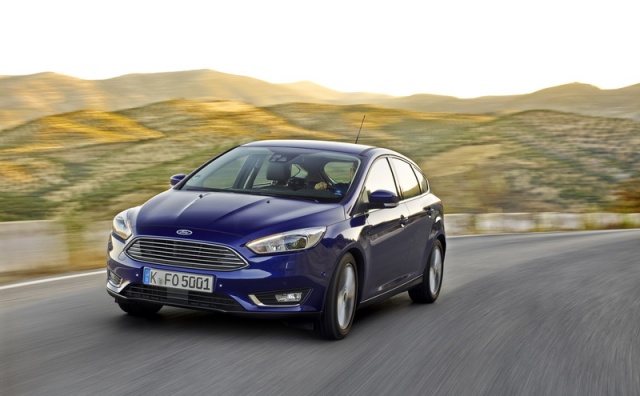 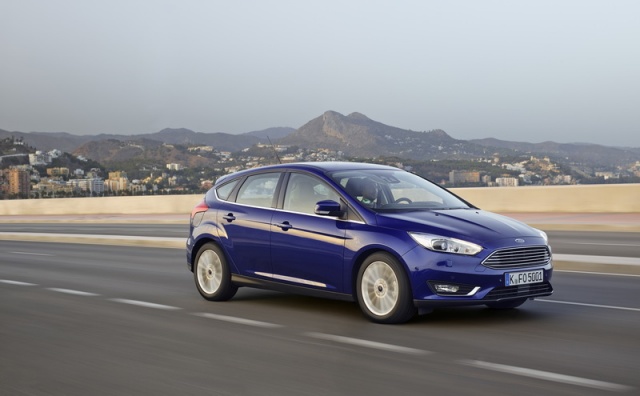 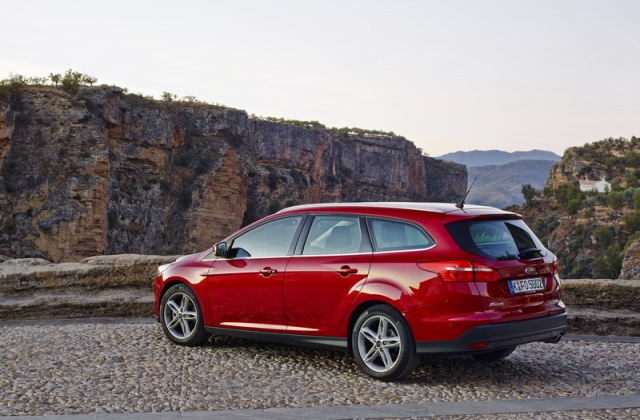 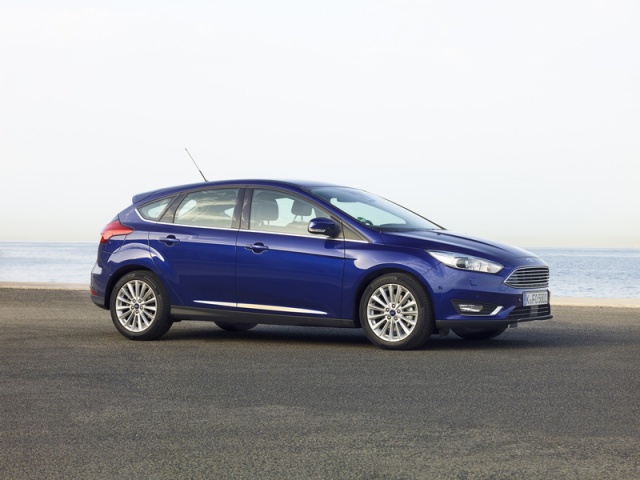 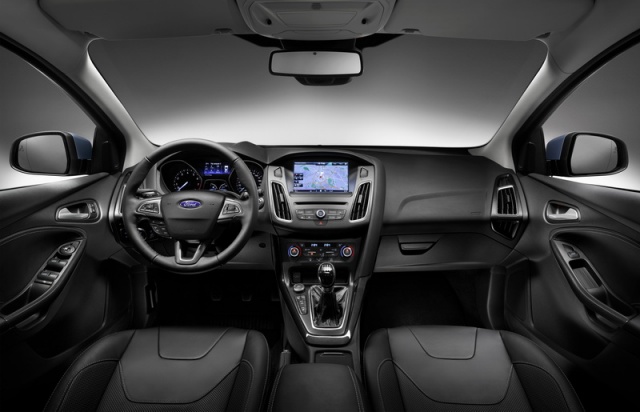 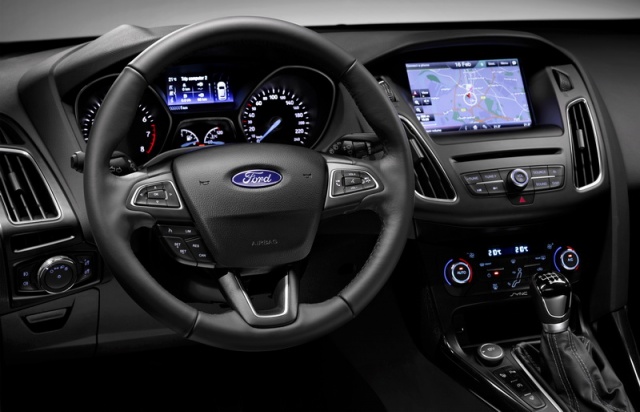 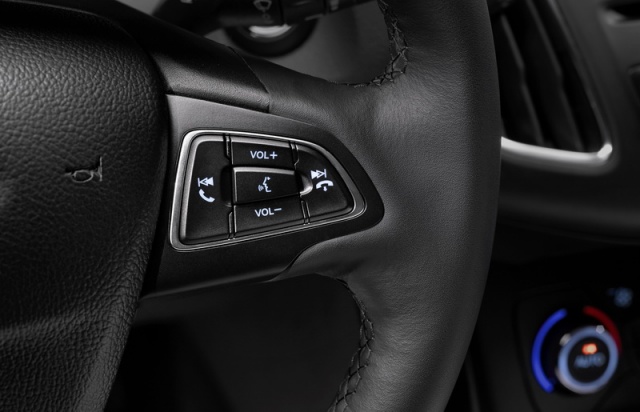 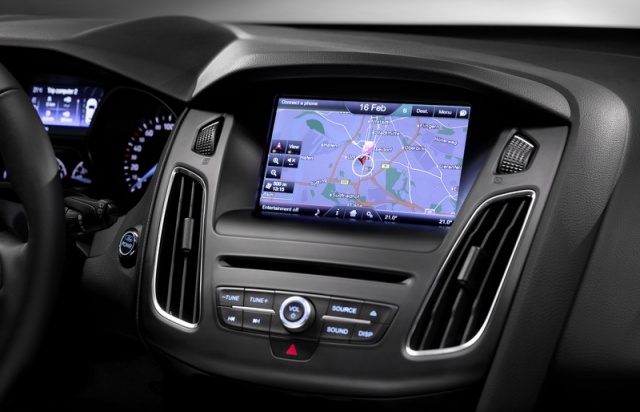 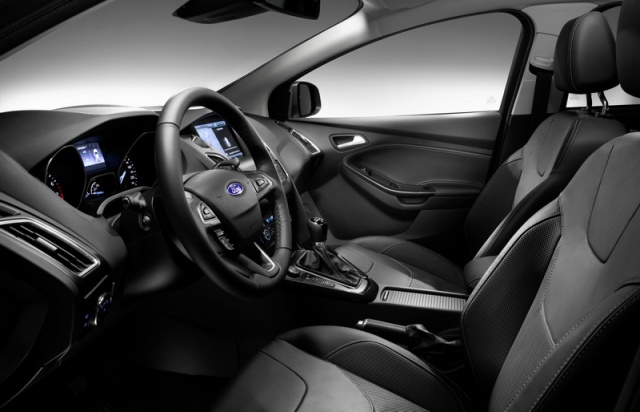 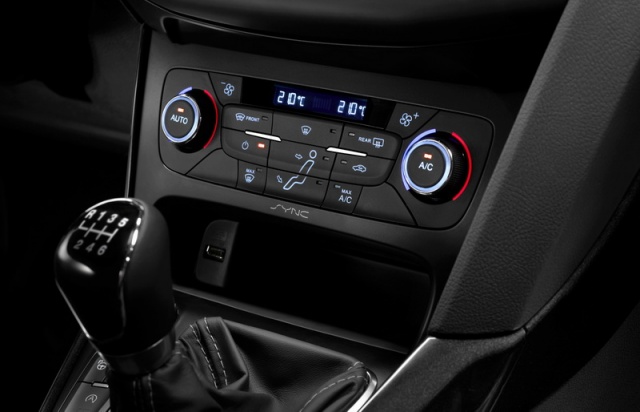 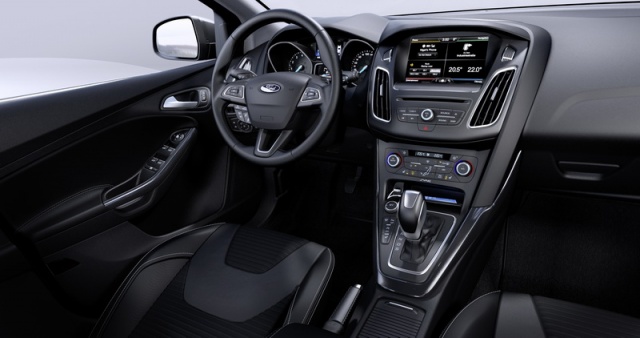 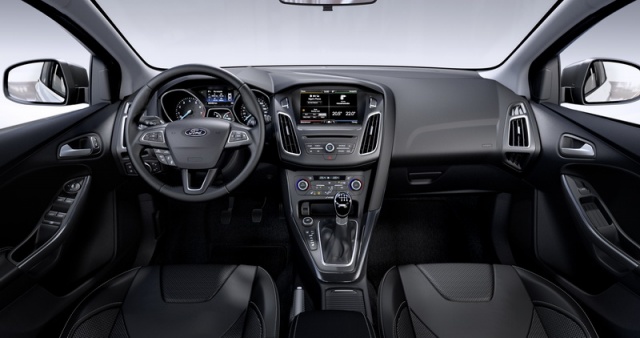 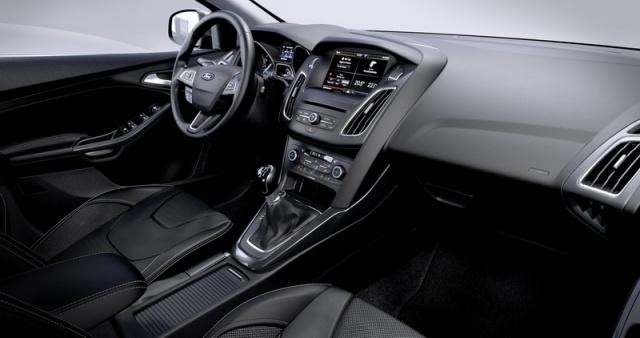 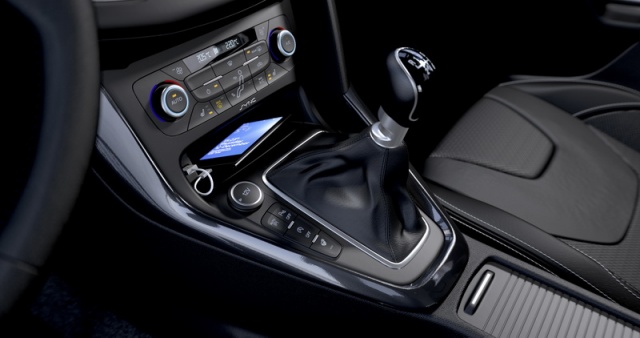 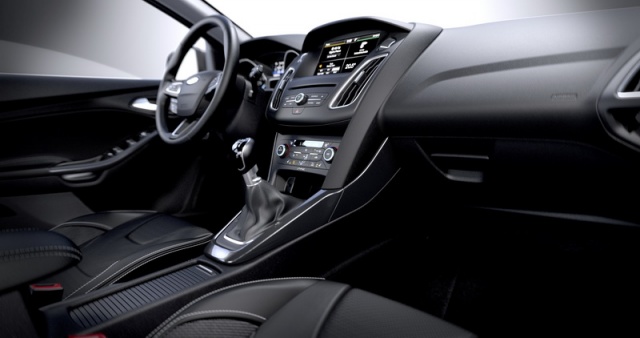 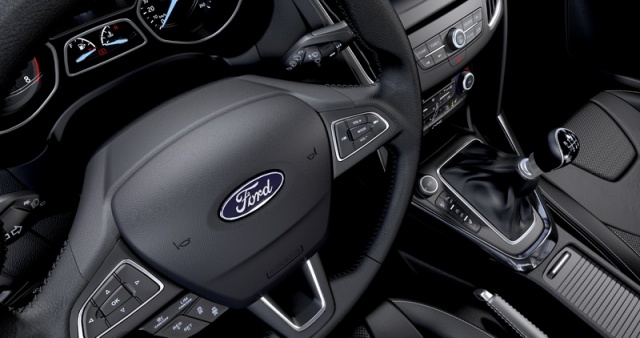 With clever tweaks here and there Ford has made the facelifted Focus a real contender for class honours.

Ford has done wonders with the new Focus; not only does it look better than before - inside and out - it's much more refined, and first impressions suggest that the chassis tweaks bring it back to the top of the segment for driver appeal. The only reason it scored four out of five is that we've yet to drive it in a guise that'll actually sell in Ireland.

While the overall profile and shape of the Ford Focus are instantly familiar, a lot of sheet metal changes have taken place to give the new car a fresh appearance. Up front, the bonnet, bumper, lights and grille are all-new and it looks handsome too, with much more presence than before. At the rear the most obvious tweaks are to the (much more attractive) slimmer light units, though the tailgate and bumper are new as well. Hopefully the 16-inch alloy wheels that are fitted from Style up fill the arches convincingly enough.

The transformation inside is even more noticeable, though the test cars were all very highly specified, including SYNC 2 and satnav, so it'll be interesting to see what the Focus cabin is like without the large eight-inch touchscreen system. Nonetheless, the dashboard itself is more tactile and of a new design, much of the switchgear has been modernised and the oddments storage space improved.

It should be noted that both engines tested at the international launch are largely irrelevant to the Irish market, which is a shame, as they're both pretty good. The 2.0-litre TDCi unit has plenty of power and low emissions, but the lower capacity diesels (see 'Worth Noting' below) will be cheaper and hence the most popular. The 2.0-litre engine will only be offered on the normal price list in conjunction with an automatic transmission. Meanwhile, the all-new 1.5-litre EcoBoost petrol engine turns the Focus into a junior hot hatch thanks to 182hp output. Given its technical make-up (direct injection and turbocharging) it's a little surprising that it lacks torque low down the rev range, meaning it needs to be revved to make decent progress - not that it's a hardship to do that as it's smooth and the six-speed manual gearbox has a sweet shift. This engine should have more relevance to the forthcoming new Ford Mondeo.

Regardless of engines, the launch certainly revealed that Ford is back on track when it comes to making the best chassis in the C-segment. So long as the suspension of the test cars is representative of the vehicle that goes on sale in Ireland then we'll state unequivocally that it's the best handling car in the class. Not only does it corner with zeal, engaging the driver in the process with direct, communicative steering, it's adjustable mid-corner and highly agile. On top of all that Ford has managed to enhance comfort, refinement and stability. Despite its fun factor it's pretty fool-proof, thanks in part to the new ETS (Enhanced Transitional Stability) sub-system of the stability control. This is a regular family car that is simply brilliant to drive. The average buyer won't be able to tell you why they like driving it, but they will.

Starting at €20,295, the Ford Focus will be offered in four specifications and as before in five-door hatch, four-door saloon and estate formats. The entry-level model features ESP with Hill-Launch Assist, MyKey Gen 2, electric front windows, a tyre pressure monitoring system and electrically adjusted door mirrors. The second grade, the Focus Style, is expected to account for 70 per cent of sales in Ireland, bringing with it 16-inch alloy wheels, air conditioning, a leather gear knob, the SYNC Bluetooth voice recognition system, a CD player with USB connectivity, heated door mirrors and body coloured exterior door handles.

Buyers can upgrade to the excellent new SYNC 2 voice activated system, bringing with it an eight-inch touchscreen, for €600 and satnav on top of that for a further €500.

The most popular engine in Ireland is expected to be the entry-level TDCi diesel. That means the 1.6-litre carryover unit initially, until the new 1.5-litre TDCi engine comes on stream towards the middle of 2015. It comes with considerable improvements in efficiency and will be available with an automatic gearbox in time.

Ford has also confirmed that the new generation Focus ST hot hatch will be offered in petrol and diesel guises. The petrol-fuelled ST will be powered by the same 2.0-litre EcoBoost unit as before, producing 250hp, while the diesel model uses a 180hp version of the 2.0-litre TDCi diesel engine tested here - with no increase in emissions.

Ford has revitalised the Focus more than the facelift might initially suggest. The exterior looks sharper, the interior is tangibly of higher quality and modernity, there's plenty of new technology and it's simply the best-to-drive car of its size on the market. Its place as the top-selling nameplate around the world is safe.