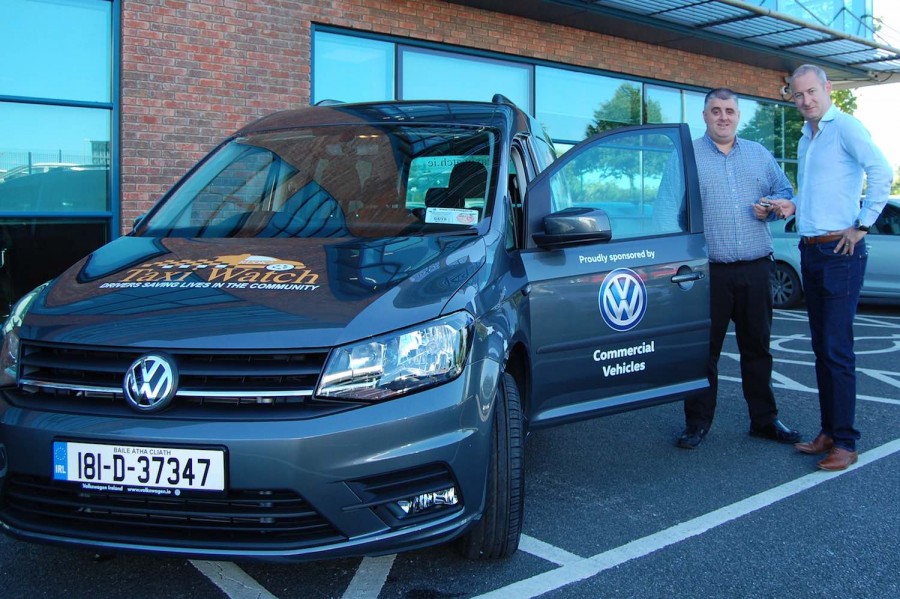 Charity trains taxi drivers to help those suffering from depression and suicidal tendencies.

Volkswagen Commercial Vehicles has announced that it's going to partner up with TaxiWatch, a new charity that looks to help those suffering from depression or who may have suicidal tendencies.

Founded by Kilkenny taxi driver, Derek Devoy, TaxiWatch aims to direct people that need help with their mental health towards other charities - Pieta House, The Samaritans, Teac Tom and others. It was originally established after Derek himself helped to save two people who were contemplating taking their own lives. TaxiWatch trains taxi drivers to recognise the signs of when people are in distress and might need a helpful nudge in the right direction. Some 200 people have been helped by the programme so far in Kilkenny alone, and TaxiWatch has signed up 1,127 drivers nationwide.

TaxiWatch also travels to schools, colleges and workplaces where founder Derek Devoy tells his own life experience story of his personal depression, including suicide attempts and how he overcame his own crisis. Derek has also had huge success with his award-winning film documentary 'Throwline', which has and is still winning awards at film festivals throughout the world. Derek has also signed a contract for a movie with Octagon Films that starts filming in February 2019.

Speaking of the partnership, Derek Devoy of TaxiWatch said: "We cannot thank Volkswagen Commercial Vehicles Ireland enough for providing us with a brand-new Volkswagen Caddy Life. This will ultimately help us save lives. It will give us an additional resource to travel the length and breadth of Ireland and the UK raising the awareness of TaxiWatch, recruiting new members and also helping us deliver our talks to thousands of students."

Alan Bateson, Managing Director of Volkswagen Commercial Vehicles commented: "This morning we handed over the keys of a new Caddy Life to Derek to support his amazing work and also to support this idea from one of our most important customer groups, taxi drivers. Mental health and well-being in today's society is incredibly important and Derek's story is one that truly inspired us. We wish Derek and TaxiWatch continued success and look forward to working with them to help make a real and lasting difference."