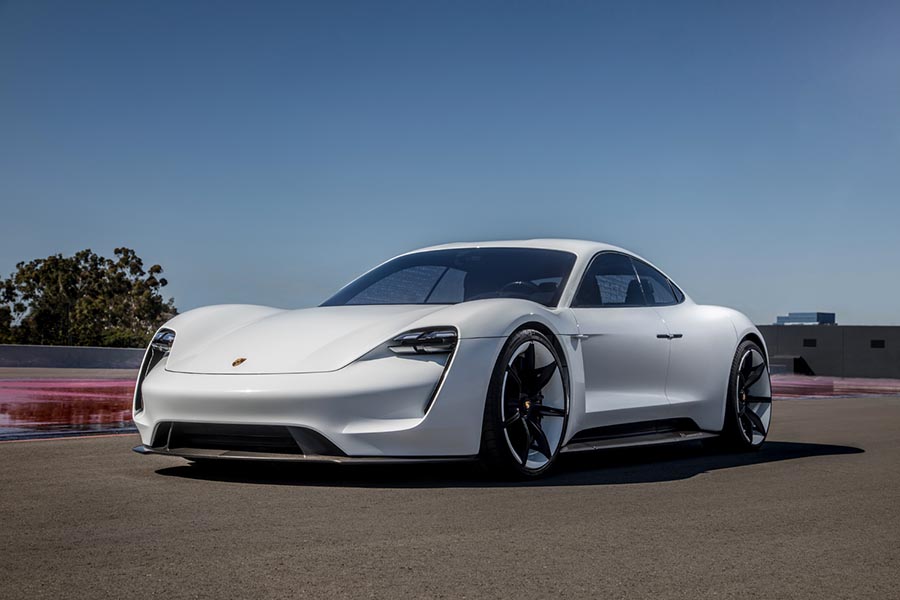 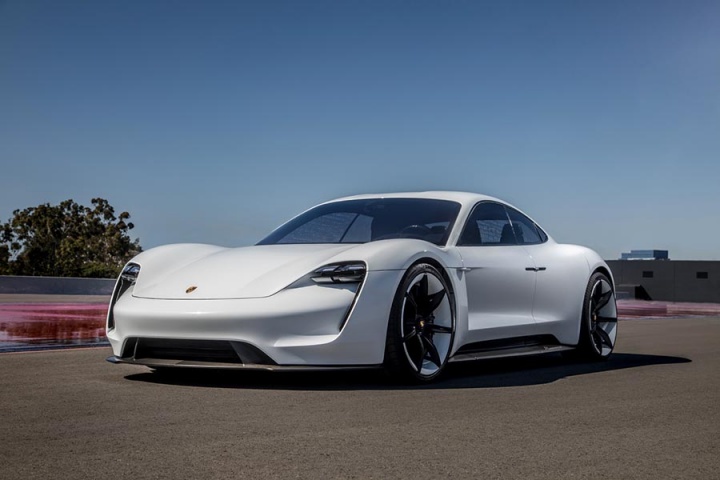 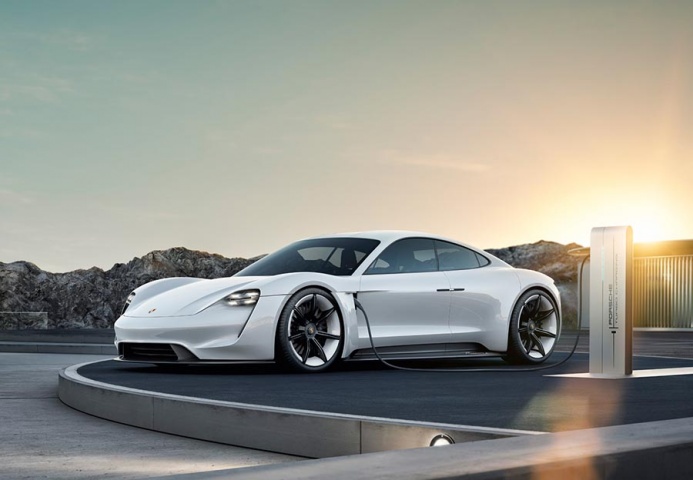 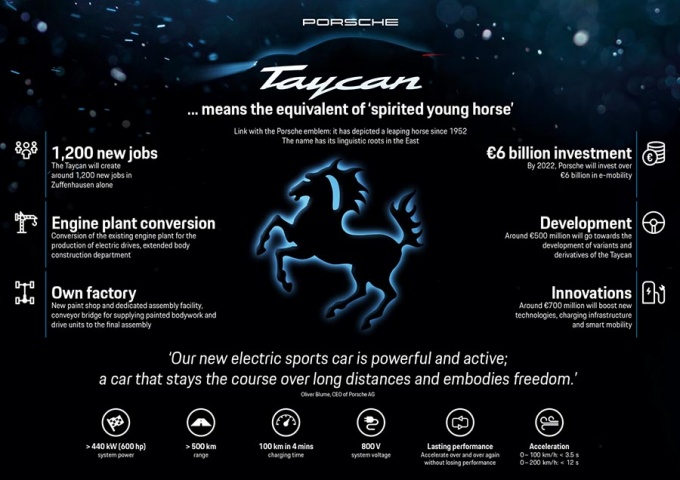 Remember the Porsche Mission-E? Well, it's no longer called that any more - as Porsche has confirmed its fully-electric sports car offering will go into production early in 2019... and the resulting showroom version will be sold with the name badge 'Taycan'.

Said to be pronounced 'Tie-carn' and not 'Taken' - prompting all sorts of internet-related Liam Neeson jokes - Taycan translates from its original Oriental language to mean, roughly, 'lively young horse', a reference to the image at the heart of Porsche's crest since 1952 - the leaping steed.

Porsche announced the name for the Taycan at its '70 Years of the Porsche Sports Car' celebrations, running throughout June.

All the other details that were formerly released under the Mission-E banner remain the same: two permanent magnet synchronous electric motors deliver in excess of 600hp, meaning 0-100km/h in less than 3.5 seconds and 0-200km/h in a sub-12-second time. Porsche claims multiple fast starts in succession are possible without a loss of performance, while also citing a 500km-plus range for the Taycan overall.

Massive, multimillion-euro investment and the promise of 1,200 new jobs created by the production of the Taycan means this electric car will be a financial boon for both the company and the European economy.

"Our new electric sports car is strong and dependable; it's a vehicle that can consistently cover long distances and that epitomises freedom," said Oliver Blume, chairman of the Executive Board of Porsche AG, when explaining the car's name.

Want to know what some of Porsche's other name badges mean? OK, going with the lively young horse, we have: the Boxster - a conflation of 'boxer', for its horizontally opposed engine, and 'roadster', for its folding hood; Cayman, which means incisive and agile, and is a reference to the crocodilian creature called the caiman; Cayenne denotes fieriness, like the pepper after which it is named; and Panamera offers 'more than a standard Gran Turismo', alluding to the old Carrera Panamericana long-distance race. Oh, and let's not forget the Macan, which is the Indonesian word for 'tiger'.