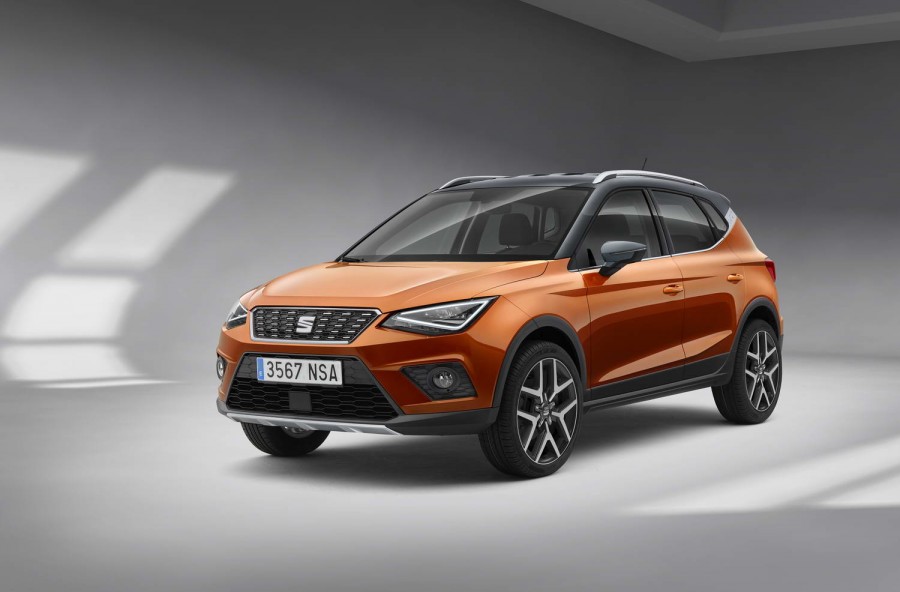 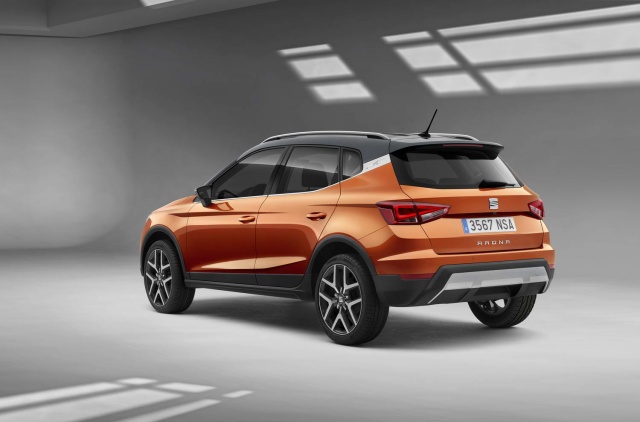 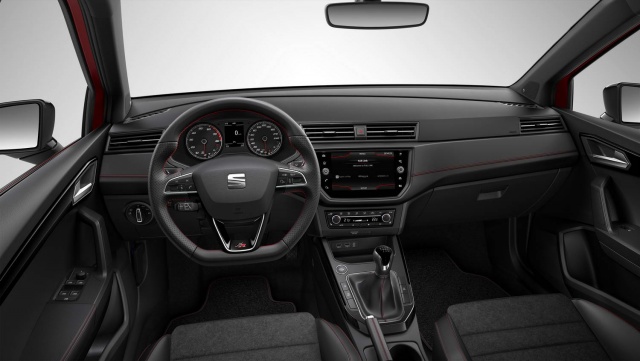 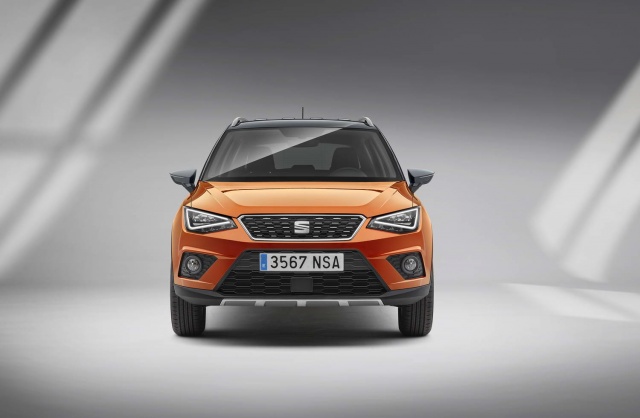 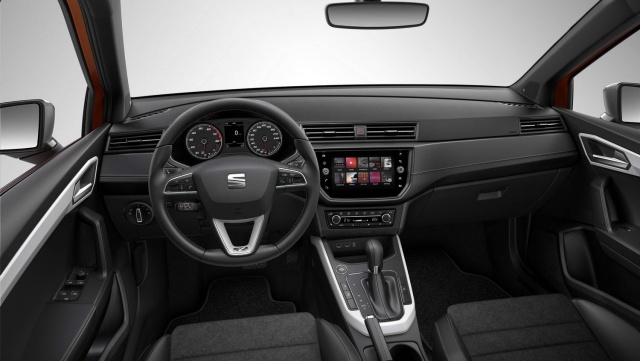 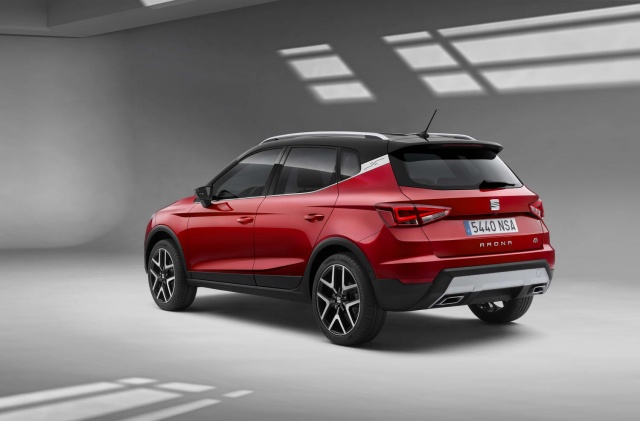 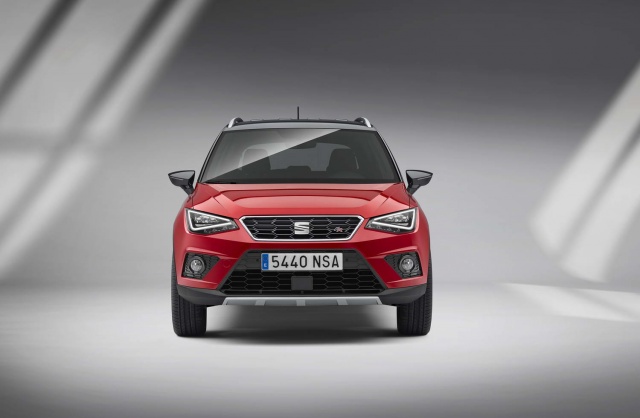 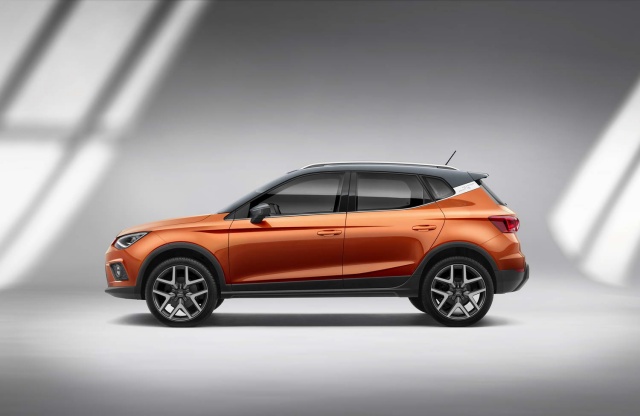 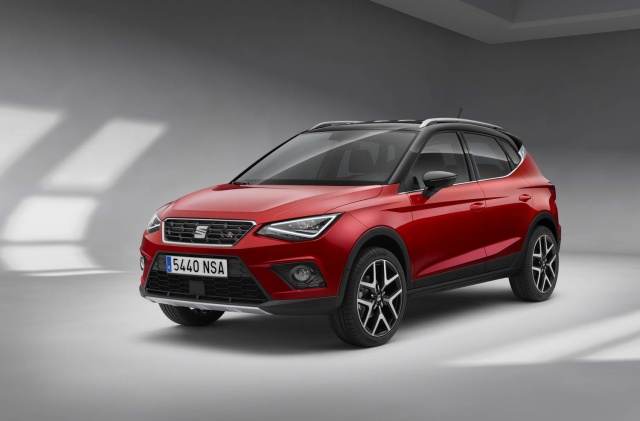 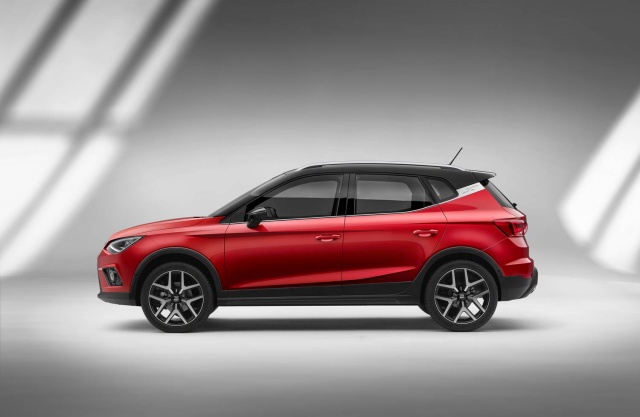 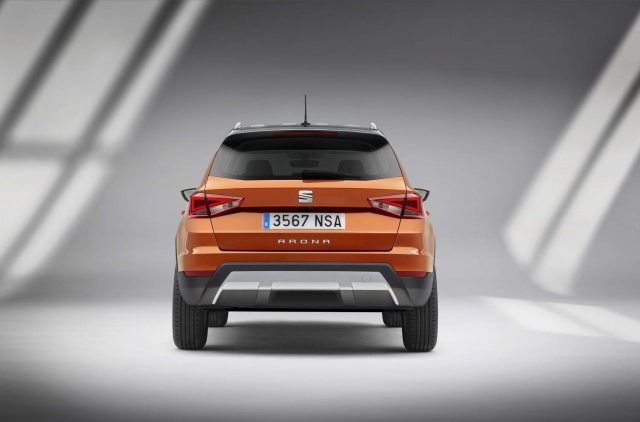 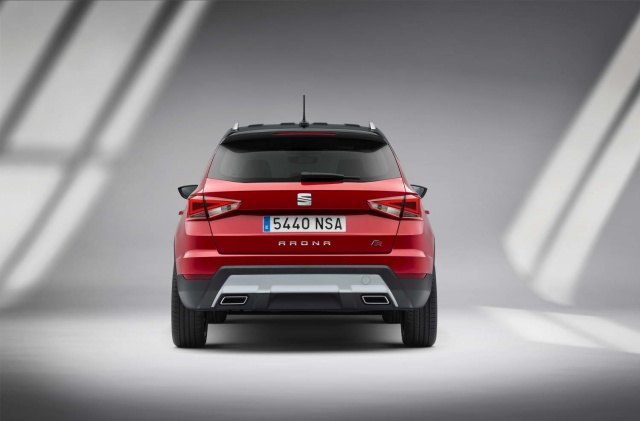 SEAT has revealed its second SUV, the new Arona, due in Ireland this year.

It's finally here - after months of teasing and confirmation of its name, we now have the details, specs and first clear images for the SEAT Arona, the Spanish firm's rival to the likes of the Nissan Juke, Renault Captur, Peugeot 2008 and Opel Mokka X. The Arona will make its full public debut at the Frankfurt Motor Show this September before arriving on the Irish market in November with an eye on the '181' plate in January 2018.

Built on the same 'MQB A0' platform as the all-new SEAT Ibiza, launched earlier this year, and the forthcoming Volkswagen Polo MkVI, the Arona is just 79mm longer than its B-segment hatchback stablemate, but it's also 99mm taller, which gives both better ground clearance and more space inside. In terms of the looks, there's an obvious similarity to the larger Ateca, which is no bad thing, as that SUV/crossover is a handsome piece of kit, but the Arona has its own distinctive features - such as the natty upswept window line that bisects the C-pillar and helps to delineate the roof; which, as you've probably noticed from the pictures, can be had in a different colour to the bodywork, leading to 68 possible exterior paint combos.

Alejandro Mesonero, design director at SEAT, said it best when he explained: "We wanted to give the Arona the distinct feel of a crossover, a sturdy car for everyday life, for the urban jungle. That's why it features such strong protection in the bumpers, the wheel arches and the dark coloured rubber side skirts, as well as the roof rack and the aluminium look-like protection at the bottom of the bumpers. All of which makes it look tougher and taller."

The Arona's cabin is another sturdily proficient, if not very daring, effort from the Spanish company and it utilises the 'High Console Concept', SEAT claiming this means the driver 'barely has to look away from the road while driving'. There are further personalisation options inside, while there's plenty of space too - front (+37mm) and rear (+33mm) headroom is increased over the Ibiza, even though the hip position of the Arona is 52mm higher. Boot space is also up on the Ibiza, to a healthy 400 litres for this B-segment crossover.

SEAT's focus on safety, highlighted by the aforementioned High Console Concept, is backed up by a robust level of passive and active kit on the Arona. Expect plenty of the company's driver assistance and infotainment/connectivity systems, such as Front Assist, Adaptive Cruise Control, Hill Hold Control, Tiredness Recognition System, automatic lights and wipers, Multi-Collision Braking, Keyless Entry and Start System, a rear-view camera, an eight-inch black panel touchscreen and Connectivity Hub with Wireless Phone Charger and GSM signal amplifier. The Arona will also be offered with optional Rear Traffic Alert, Blind Spot Detection and Park Assistance System, while it features Apple CarPlay, Android Auto and Mirror Link. Trim grades for Ireland are to be confirmed but should follow the usual S, SE, Xcellence and FR pattern of existing SEATs.

SEAT says that, thanks to its compact size and high driving position, the Arona is 'perfect for everyday city driving'. That's as maybe, but it needs some decent engines to back that claim up. Luckily, such motors are on hand. Three petrol engines and two diesels are offered from launch, these having been seen in the Ibiza. All of them are turbocharged, have direct injection and feature automatic stop-start to save fuel.

A 1.0-litre, three-cylinder TSI petrol engine kicks things off, producing either 95- or 115hp. For the former, you can only have a five-speed manual gearbox, but the more potent 1.0 is paired to a six-speed manual as standard, with a seven-speed dual-clutch DSG automatic as an option. Topping off the petrol line-up, and indeed the whole Arona range for now, is the four-cylinder 150hp 1.4-litre TSI with active cylinder deactivation technology; it's exclusive to the sporty FR trim and is mated only to a six-speed manual gearbox. On the diesel side of the fence, a 1.6-litre four-cylinder TDI covers all bases, coming with either 95hp and a five-speed manual (seven-speed DSG optional), or 115hp and a six-speed transmission. SEAT hasn't released any performance or economy figures for any of these drivetrains as yet, although expect them to be not too far behind the equivalent version of Ibiza.

In a busy year for SEAT, the Arona is the third new car it has launched in 2017, following the new Ibiza and the upgraded Leon. Luca de Meo, president of SEAT, said: "We at SEAT are very persistent. With our biggest product offensive, by the time the Large SUV reaches the market, SEAT will have launched, on average, a new vehicle every six months in two-and-a-half years. SEAT has allocated a total of €900 million in investments and R&D expenditure to the Ibiza and Arona. These investments are a part of the total investment of €3.3 billion euros for the 2015-2019 period."

And do you want to know the grand PR stunt SEAT pulled off for the Arona? OK, it basically flew a version of the car along the Spanish coastline to Barcelona, suspended 20 metres below a helicopter that was 300 metres in the air. Holidaymakers on the beach got glimpses of the car, with a few supplying advance spy photography of the flying crossover. How bizarre.