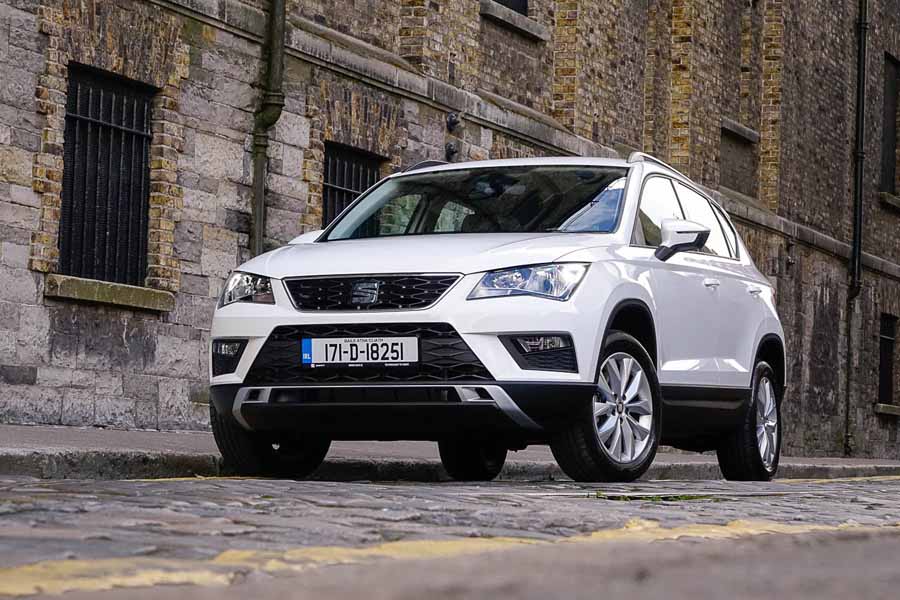 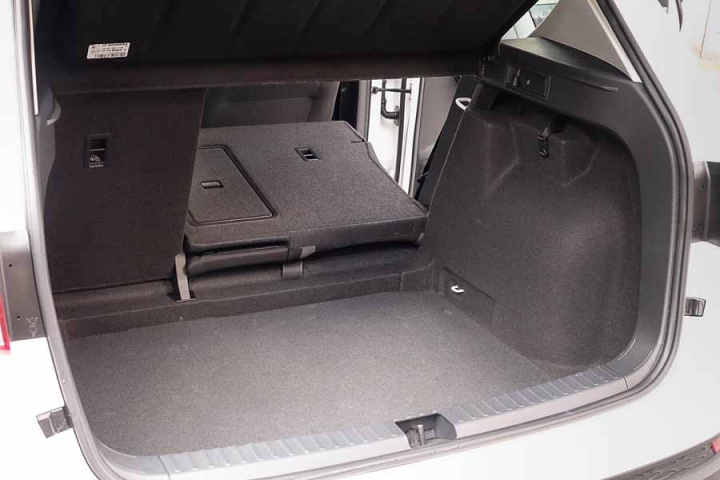 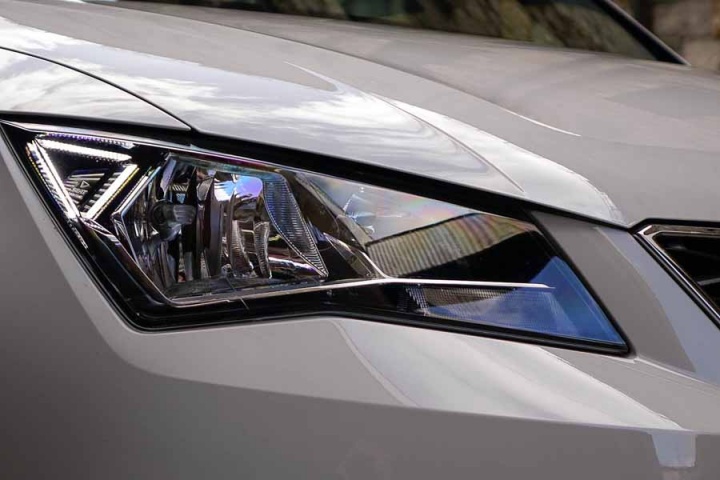 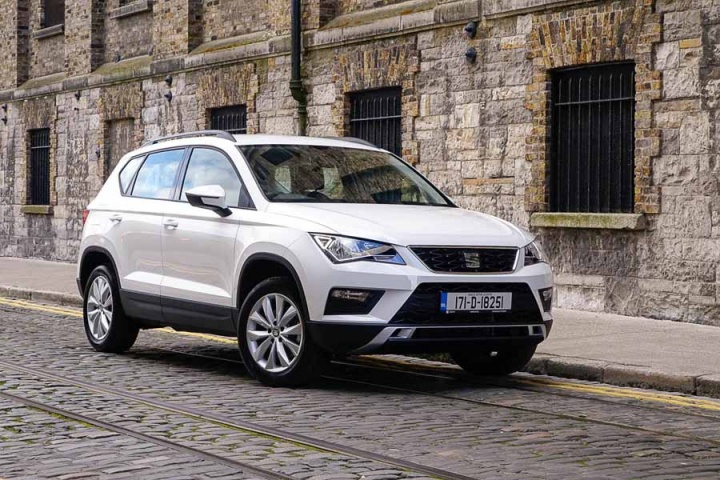 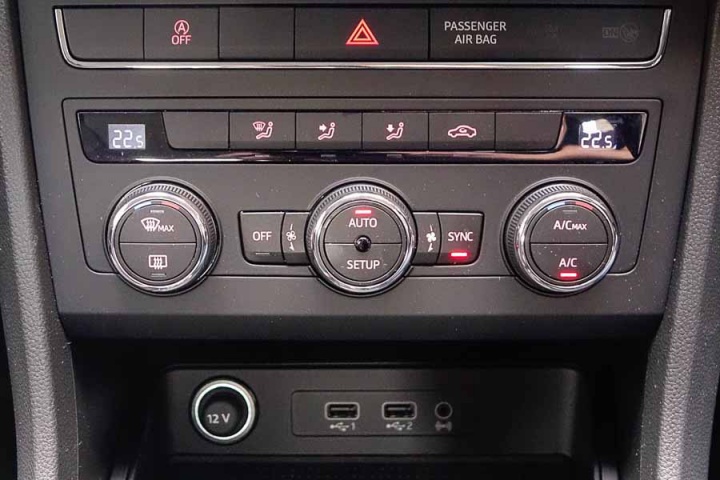 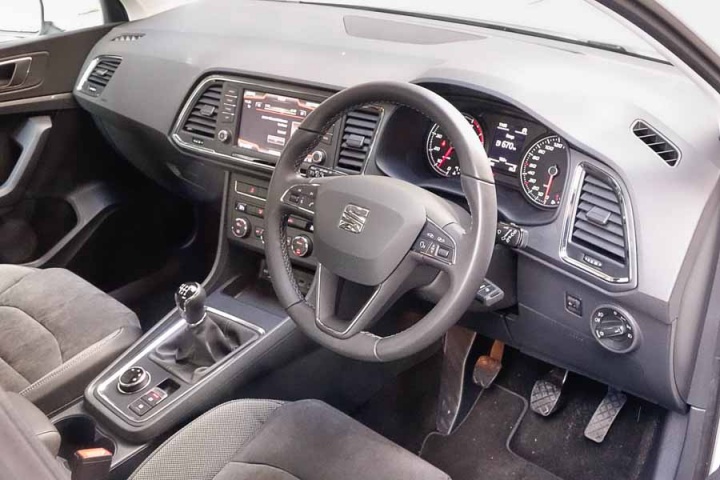 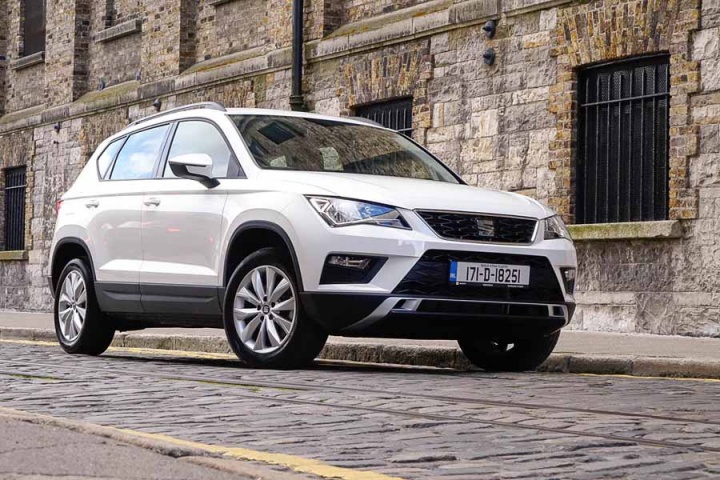 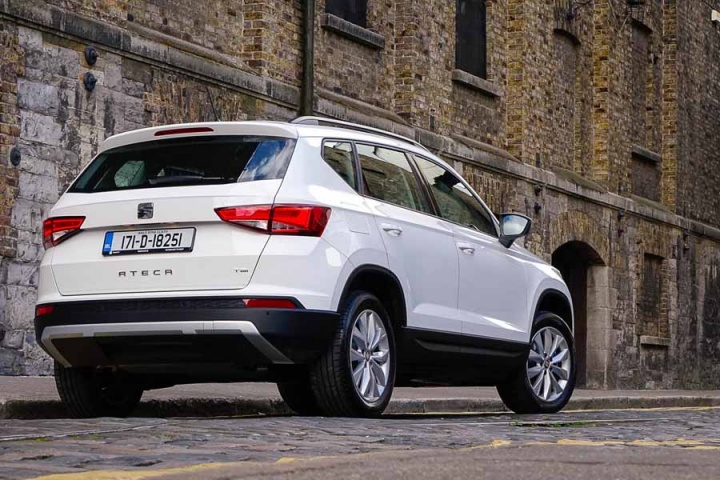 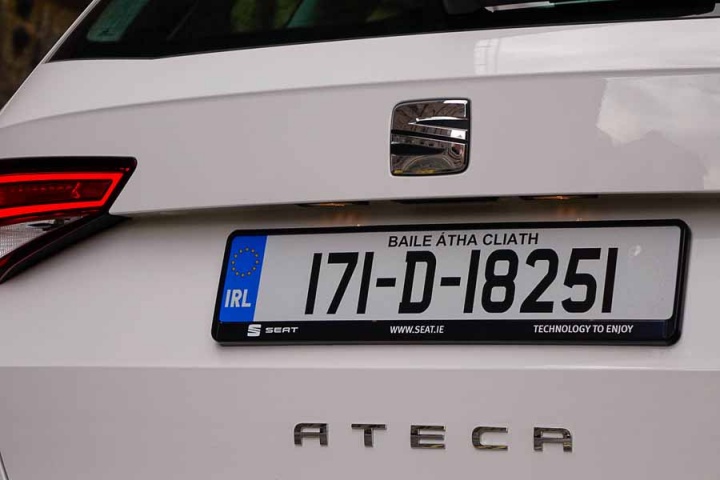 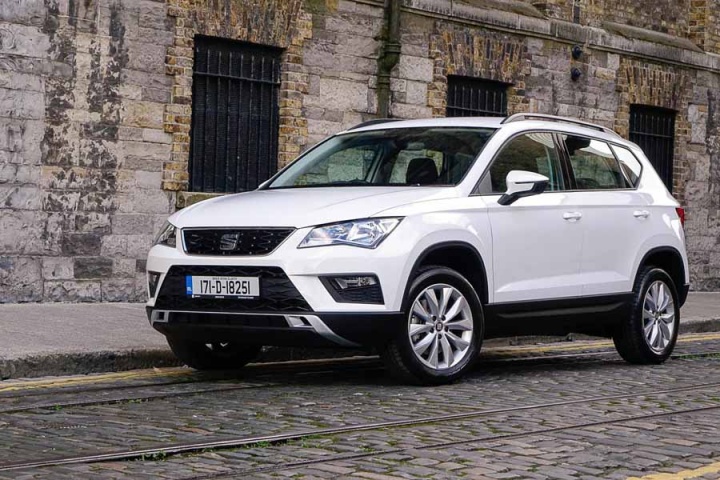 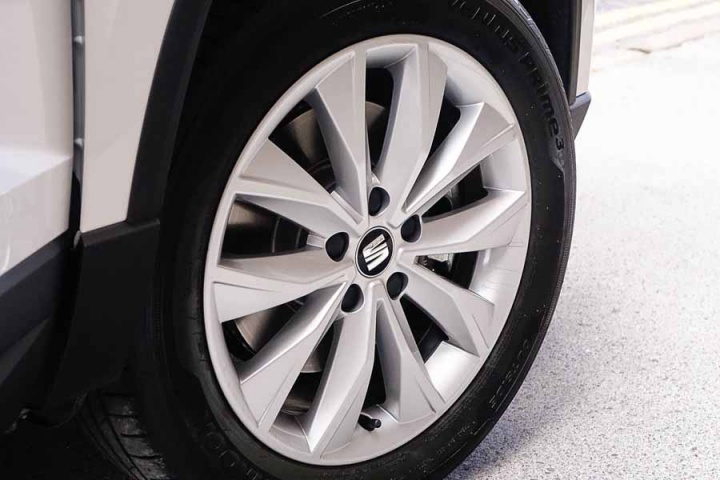 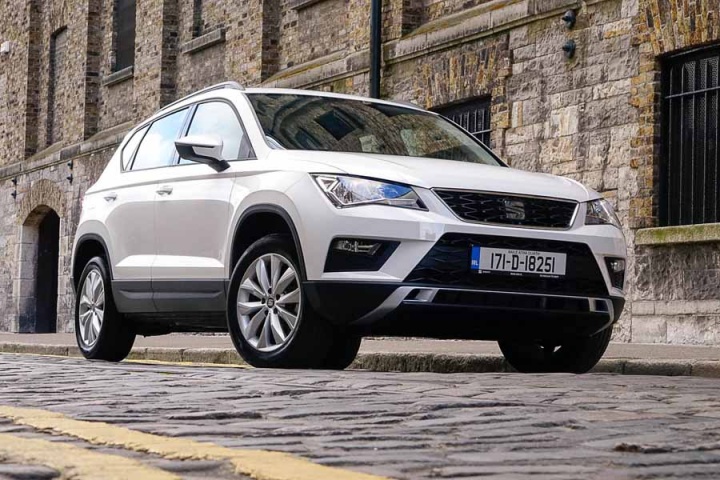 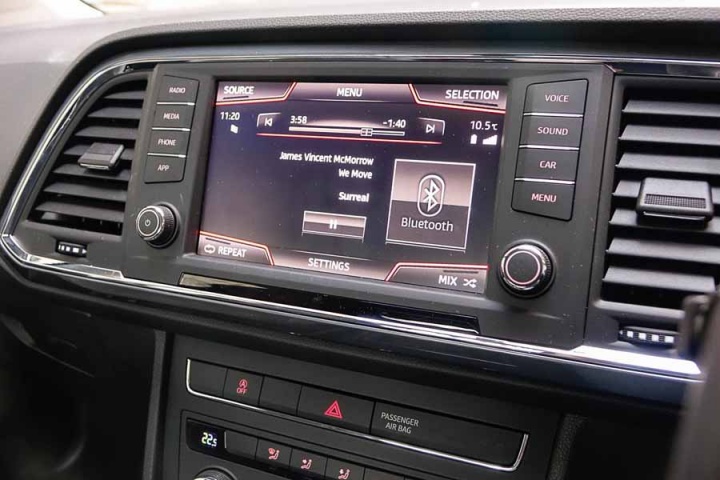 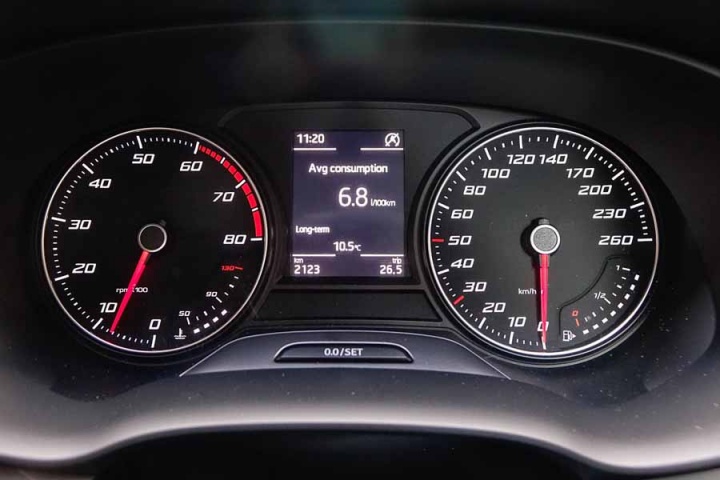 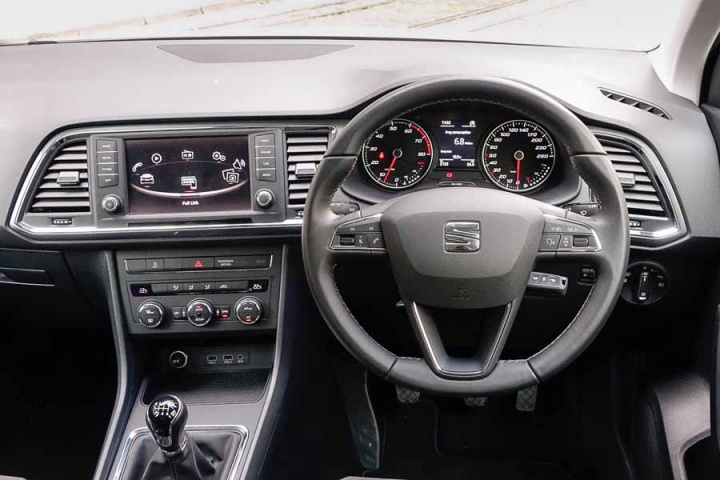 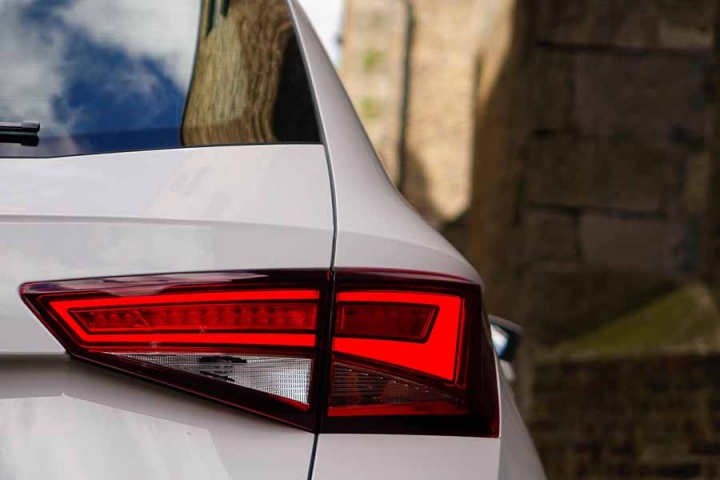 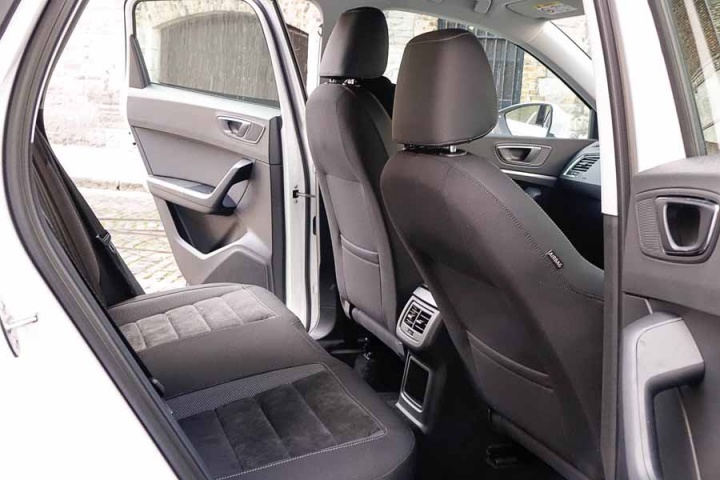 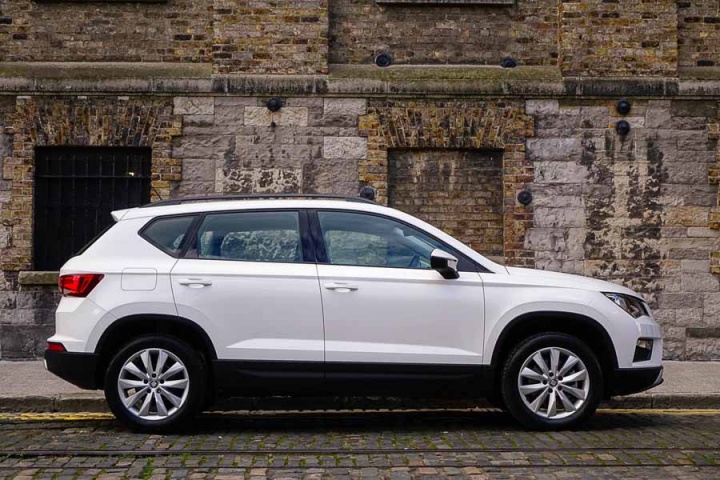 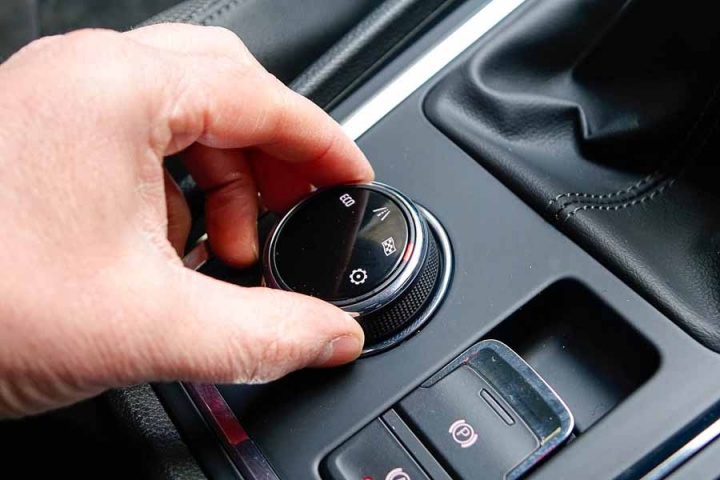 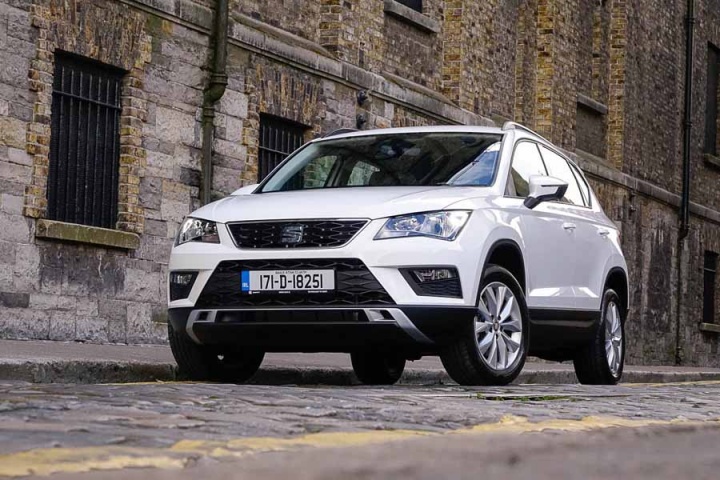 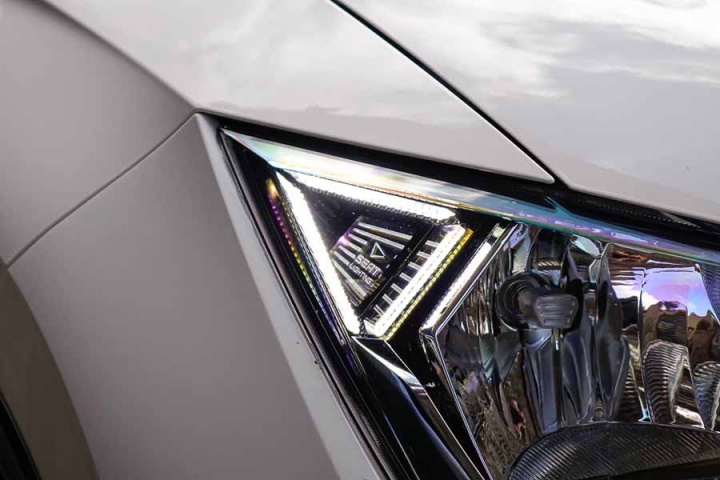 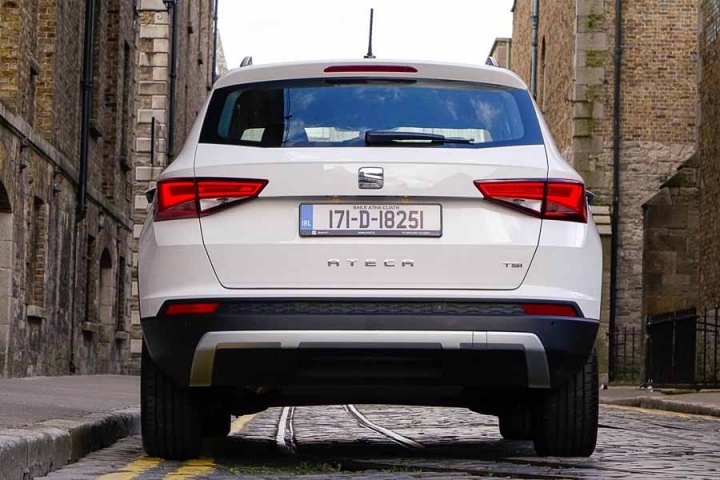 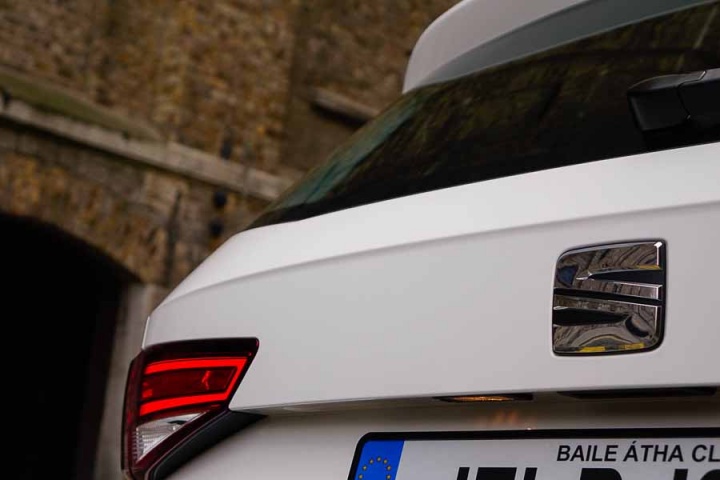 The SEAT Ateca is a serious competitor in the crossover class, and represents excellent value-for-money, too.

We've already driven a diesel version of the SEAT Ateca on Irish roads in all-singing, all-dancing XCellence guise, and first impressions of that all-wheel-drive car were positive. This time around, it's the turn of the 1.4 TSI petrol model, equipped with the lesser SE trim and front-wheel drive only. While a diesel crossover is the go-to choice for a vast number of Irish buyers these days, there is a compelling case for going against the grain and selecting the petrol option.

There's no point in dwelling too long on the exterior design, as the Ateca has already established itself as one of the best-looking cars in this packed class. The Spanish manufacturer is currently in a rich vein of form, and the swoops, creases and detailing give the car a distinctive appearance that's nicely upmarket. The headlights are especially tasty, with LED daytime running lights that ape those of the Leon hatchback. On this SE model, 17-inch wheels feature as standard, as do front fog lights with cornering function. The base 'S' is a tad utilitarian in form, while the XCellence could almost be classed as 'bling', but the SE strikes an agreeable, understated balance.

Moving inside, anyone who's ever sat in a current Leon will feel a certain sense of familiarity. That car has been around for a few years now, and as such the fascia is starting to appear a little dated. It's a small blot on SEAT's copybook, especially since this is a brand-new car, but everything is well laid out and intuitive to use, nonetheless. It doesn't match the Volkswagen Tiguan for sheer class, but has the measure of most of its other rivals. There seems to be acres of dashboard between the steering wheel and the base of the windscreen, but interior space is excellent, with plenty room for heads and legs throughout the cabin. Boot capacity is a hefty 510 litres, and is quite impressive when compared with the likes of Nissan's Qashqai. The SE gets an eight-inch touchscreen with the Media System Plus set-up, which is intuitive and easy to use with the usual host of connectivity options, despite it feeling a touch slow to react at times.

The Drive Profile button has a comedy 'Sport' setting that brings up some performance displays on the central screen, including a g-meter for any budding school run racers. Changing between modes doesn't seem to contribute anything to the actual driving feel, but we're happy to report that the petrol-engined Ateca steers just as competently as its TDI brethren. Like the Tiguan with which it shares its MQB platform, the SEAT feels more like a hatchback than an SUV on the road, and brings a welcome sense of involvement that's lacking in the majority of crossovers. The ride could be classed as a touch stiff on the bumpiest of roads, with the torsion beam rear axle on this car not coping with certain undulations as well as the multi-link item fitted to the all-wheel drive version, but the trade-off is a composed and stable chassis that's unflustered by most of the tarmac that you'll encounter on this island.

The 1.4-litre TSI powerplant produces 150hp and 250Nm of torque, and while it won't drag the Ateca to any land speed records, it's not a slouch by any means. Combined economy is quoted at 53.2mpg, but like most petrol units, you'll need to be extremely light of right foot to get anywhere close to that. The gear ratios are well-matched to the engine's delivery and allow a quiet and refined cruise at motorway speeds, although tyre and wind noise are definitely more noticeable than in the Tiguan. It's the only thing that really detracts from the driving experience, and as a whole the car feels light on its feet and agile in a way that many of its opponents can't match. Buyers with longer commutes will still sway towards the diesel options, but those with less ground to cover shouldn't discount the petrol engines before trying them out.

Pricing is extremely competitive, too. With the S starting at €25,120, it tackles the likes of the Hyundai Tucson and Nissan Qashqai head-on, while significantly undercutting the Tiguan. You can go wild and spend €40k or more on a fully-loaded XCellence, but there's really no need to when the SE (from €28,720) will be perfectly suitable for most needs. It's more than competent in every major aspect, and despite SEAT's late arrival to the SUV party, it has managed to take lessons learnt from other manufacturers' attempts, as well as in-house expertise, to create a polished and desirable all-rounder. Highly recommended.

Hyundai Tucson review
Hyundai Tucson vs. SEAT Ateca 1.4 TSI: Ireland's best-selling car right now has loads of room and is extremely good value, but isn't as involving to drive as the Ateca, despite being refined at cruising speeds.

Nissan Qashqai review
Nissan Qashqai vs. SEAT Ateca 1.4 TSI: pioneered the current crossover trend in this country, although it's starting to lose out to rivals in terms of space. Diesel models aren't as refined as the Volkswagen Group's offerings, but are supremely economical. 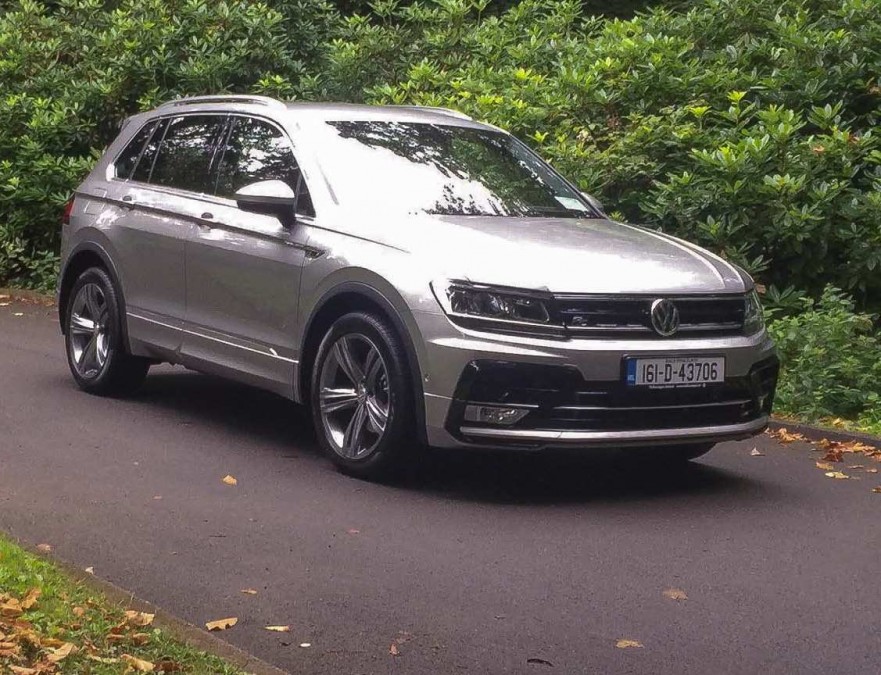 Volkswagen Tiguan review
Volkswagen Tiguan vs. SEAT Ateca 1.4 TSI: the segment leader for quality, but that comes at a cost. Definitely the premium choice, the Tiguan brings big levels of refinement and class to justify that price.