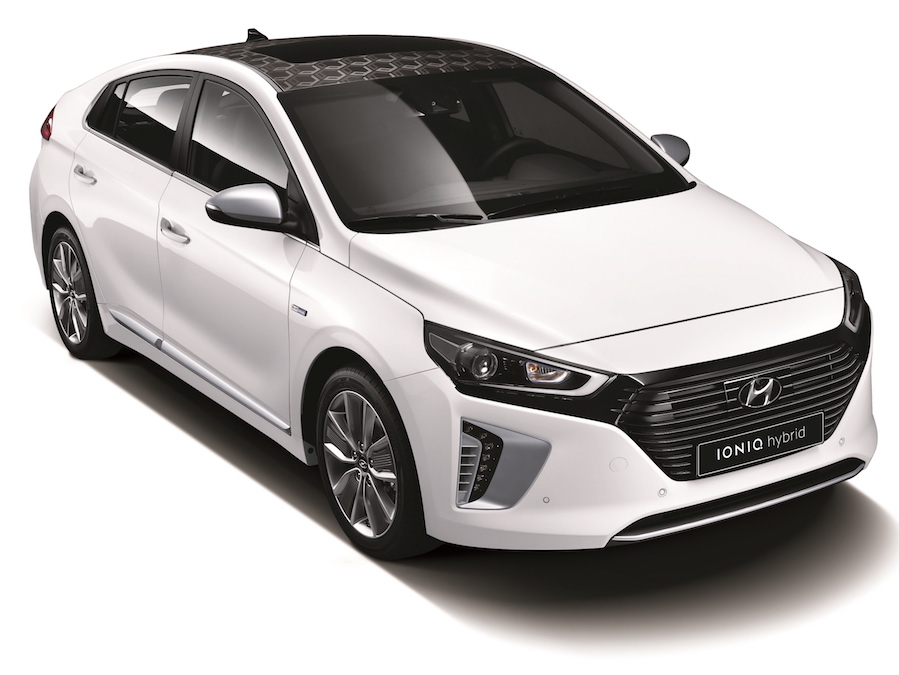 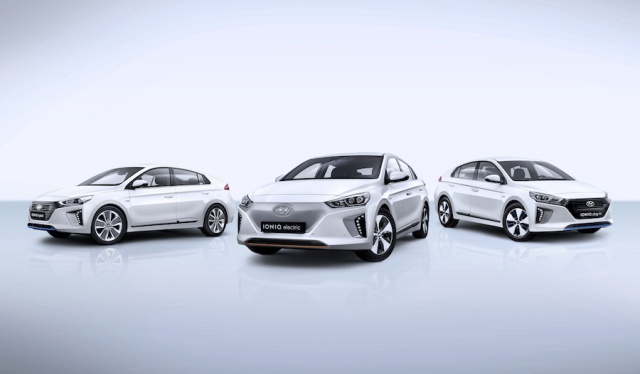 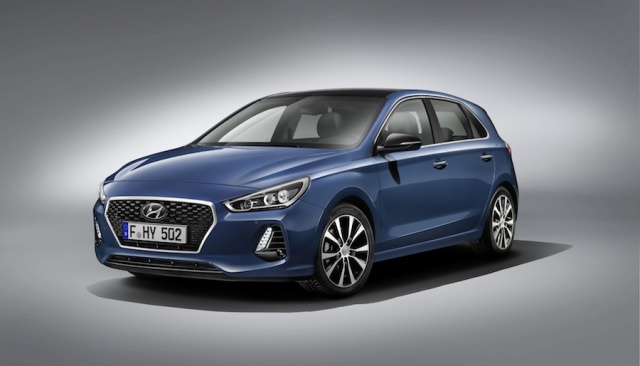 Prices for new Hyundai Ioniq, i10 and i30 hatch announced.

Hyundai has had a double-header of launches this week, introducing the new Ioniq electric/hybrid hatchback and a revised version of the i10.

The Ioniq is an interesting car for Hyundai, and its first mainstream electric and hybrid model in Europe. It will be offered in pure electric, standard hybrid and eventually plugin hybrid forms, but we'll have to wait a while for the plugin yet - it will arrive in early 2017.

First off, we're getting the pure electric version, which has a Nissan Leaf beating maximum one-charge range of 280km. The EV model costs from €28,495, although that can be significantly reduced if you have a 'scrappage' trade in, as Hyundai is offering up to €4,000 off the price. Motor tax is in the lowest Band A0 bracket, so is €120 a year. Standard kit includes 16-inch alloys, climate control and satnav and there are several key safety features including lane-keeping assist, emergency autonomous braking and active cruise control. Hyundai also claims that the standard-fit eight-inch touchscreen with Apple CarPlay and Android Auto gives the Ioniq a leg-up on the Nissan Leaf's standard touchscreen.

Charging time is around 12 hours from a domestic socket, or four hours from a fast AC charge point, which Hyundai will be installing in all of its nationwide dealerships. As usual, a 30-minute charge to 80 per cent power is possible from a public fast-charging point.

On the warranty front, the Ioniq gets the same five-year, unlimited mileage warranty as the rest of the Hyundai range, along with an eight-year, 200,000km warranty specifically for the battery.

The hybrid model, distinguished by its more traditional grille (instead of the EV's Tesla-style blank panel) uses a 104hp 1.6-litre petrol engine and a six-speed automatic dual clutch transmission. Total system output is 140hp and CO2 emissions work out at just 79g/km, with official average economy of 83mpg. It costs €31,995 - a figure Hyundai claims undercuts the equivalent Toyota Prius. Standard spec is basically the same as that of the EV. Both cars are available on a 5.9 per cent PCP plan for €328 per month for the hybrid, or €374 per month for the EV.

The new i10 comes with a distinctive facelift that includes a new 'cascading' grille, daytime running lights and rear lights, and prices will start from €12,995 for a Classic 1.0 Deluxe. Mechanically, it's very little changed from the previous model.

Hyundai has also announced prices for the new i30 hatchback, the first examples of which should be on these shores by the end of December. Significantly, the model with the newest engine, the Deluxe 1.0-litre turbo petrol, is also the cheapest at €21,995. The entry-level diesel model, with the 99g/km 1.6 CRDi engine, starts at €23,995.

On top of which, all of these new models come under Hyundai's new 171 special offers programme which, if you order before the end of December, gives you a choice of five years' free servicing or 'scrappage' of up to €5,000 or the Hyundai 'Free Insurance' offer.