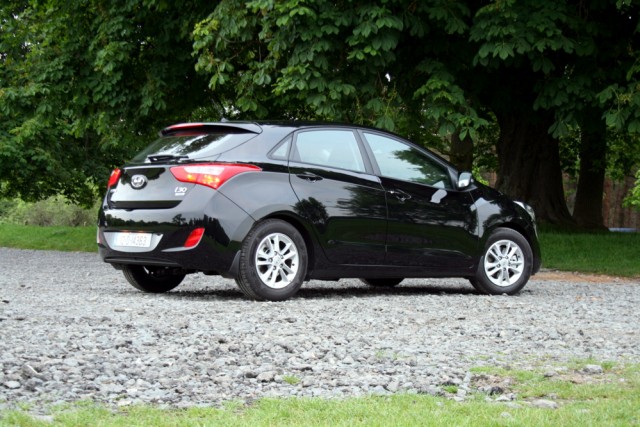 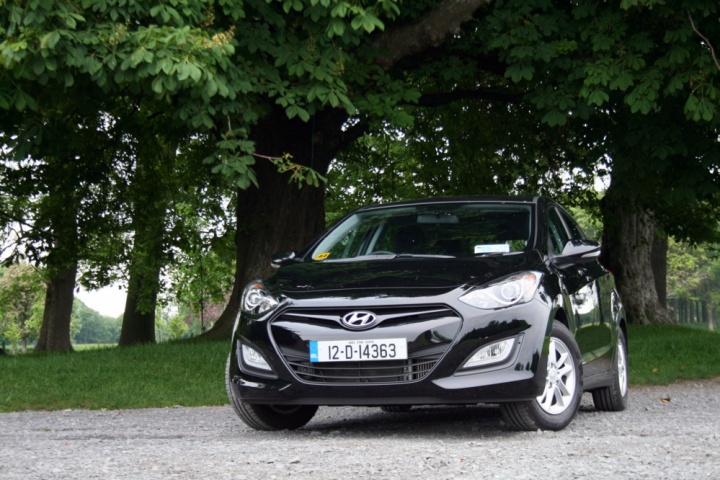 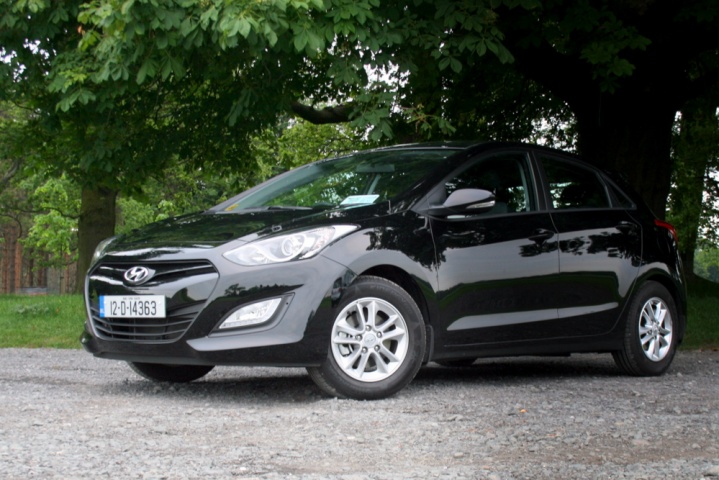 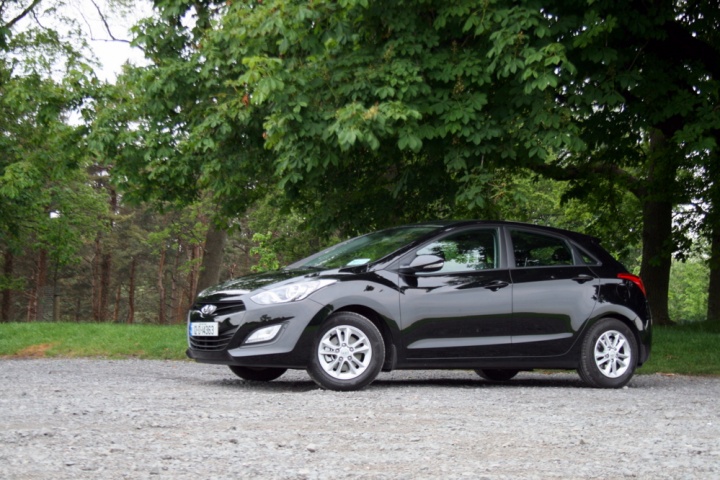 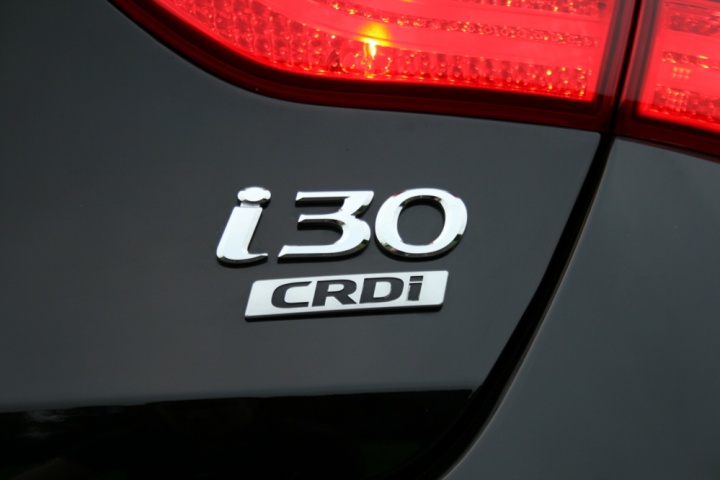 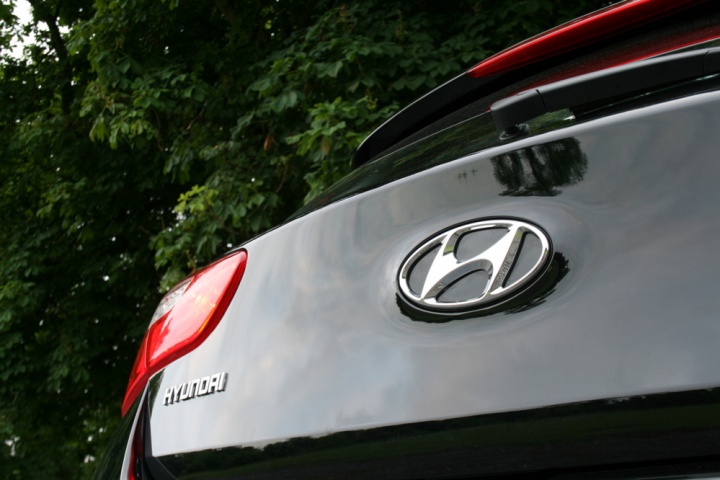 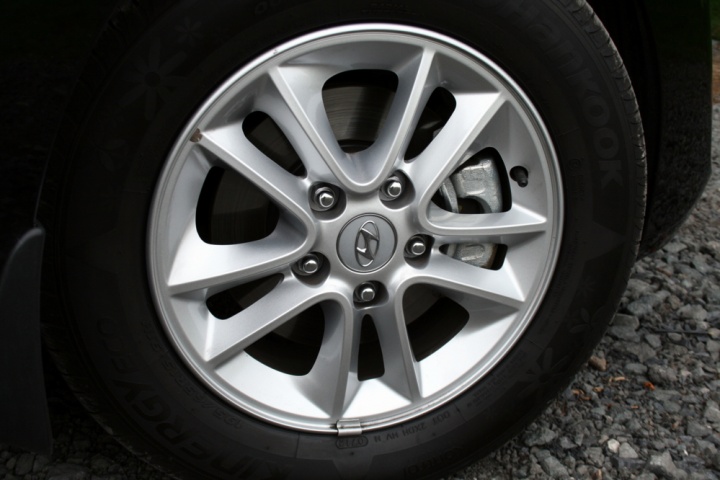 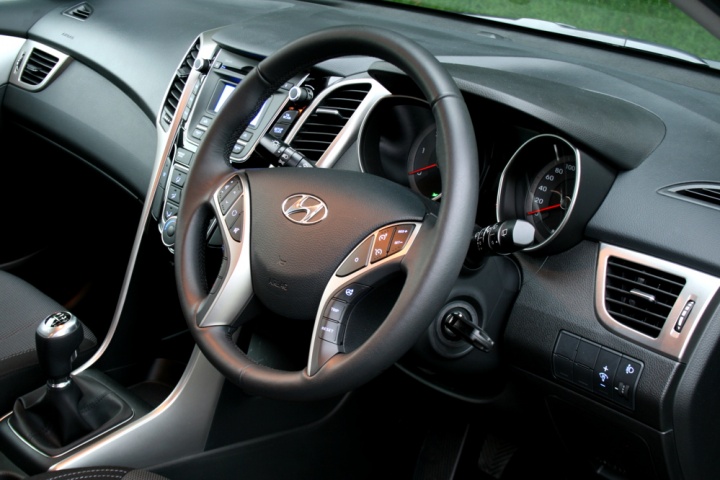 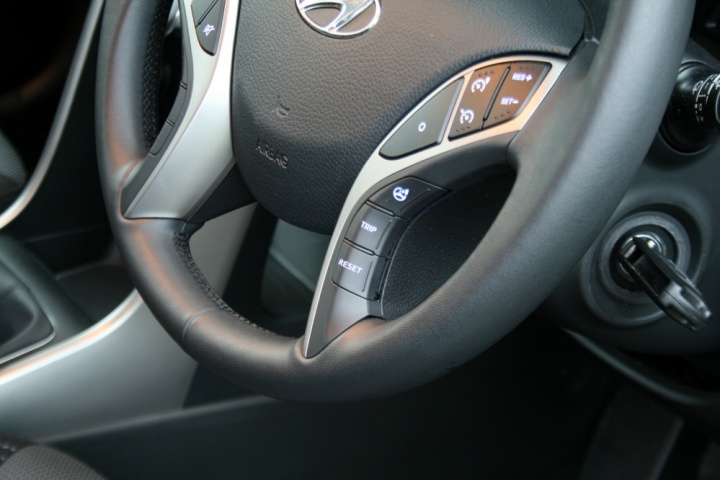 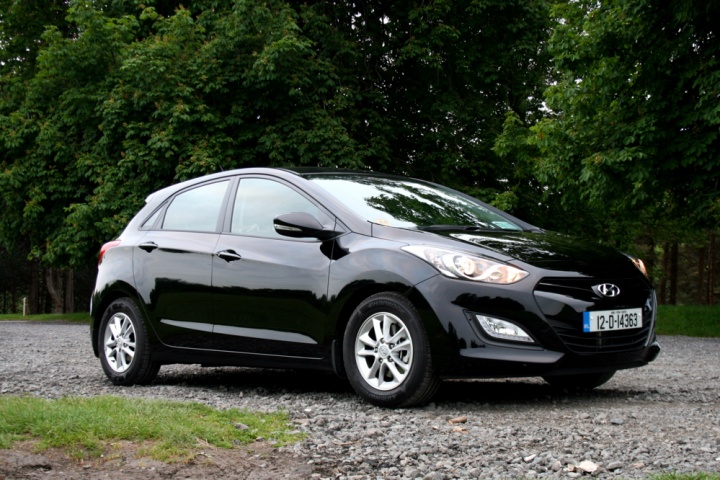 With Hyundai making inroads on the Irish market, what will buyers think of the new i30 hatchback?

Hyundai proudly boasts that it's the fastest growing car brand in Ireland and with new products like the i40 it's easy to understand why. Can the new i30 hatchback compete in the hardest-fought sector against the likes of the Ford Focus and Volkswagen Golf?

Don't judge the Hyundai i30 based on our images. Black does this car no favours whatsoever. In metallic hues it looks fresh and modern and the LED lights help it stand out. Like most cars it also looks better on larger alloys.

The interior isn't the last word in style, but it is seemingly well made and decently specified. It won't trouble the premium brands, but neither is it at the bottom of the heap. Usefully, there's plenty of space in side too, no matter where you're sitting, and the boot is a good size.

We drove the more powerful of two engines offered by Hyundai Ireland, a 110hp 1.6-litre diesel. It's the perfect engine for this car, managing to be relatively refined most of the time and economical, while still having plenty of performance on offer for most people. Unlike many diesel cars of this size the gearing and torque delivery are perfectly suited to a life in town, though it's not out of its depth on the motorway either.

Without trying to be too disparaging, the i30 is a little forgettable from the driver's seat. While the class-leaders are genuinely enjoyable to thread down a twisty road, the Hyundai is competent, but doesn't offer the driver anything extra. At the same time, neither does it demand anything of the driver, which is all that most people want. The chassis is set up for comfort - which is a good thing - though the car proved to be quite agile when driven with any enthusiasm. It's a safe set-up.

One thing that did stand out was the 'Flex Steer' system, allowing the driver to choose between three different levels of power steering assistance (Normal, Comfort and Sport) - but for the wrong reasons. We honestly don't believe there's a demand for such systems in the market the i30 sells into and hence it's unnecessary. Fair enough giving drivers the choice - and thankfully the system remembers your preference - but it seems over the top to include the buttons prominently on the steering wheel, when in reality most will leave it in their favourite setting for ever more.

Hyundai continues to offer great value for money. The five-year 'Triple Care' plan remains impressive, with an unlimited mileage warranty, AA roadside assistance and free annual vehicle health checks for five years. Besides that, the i30 comes with a complete suite of airbags and electronic safety systems.

The line-up is simply Elite or Elite Plus (though the entry-level trim is only available with the 1.4-litre engines). Both come with cir conditioning, electric windows all-round, stereo controls on a leather steering wheel, LED daytime running lights and front fog lights. For a €1,500 Premium the Elite Plus adds several niceties, including cruise control, 15-inch alloy wheels, Bluetooth and voice activation for the audio, auto lights and electric folding door mirrors. And the Flex Steer system...

Both 1.4- and 1.6-litre CRDi diesels use the same amount of fuel and emit 109g/km of CO2 according to the official figures, though the sole petrol offering, a 1.4-litre unit, manages to squeeze into Band B as well.

In our week with the 1.6-litre model the car averaged 7.0 litres/100km (40mpg). That week included mostly urban driving, though not being stuck in traffic too much.