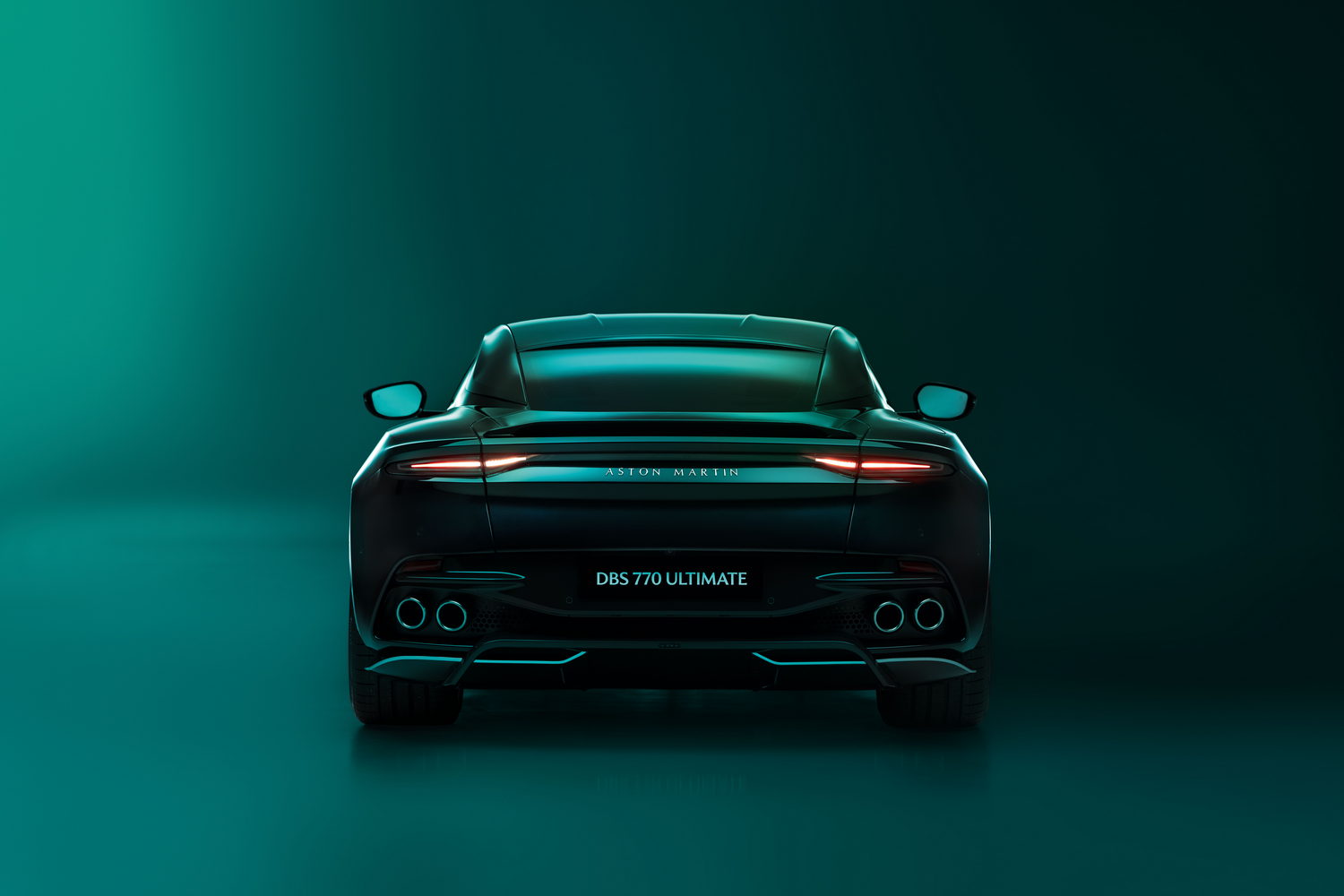 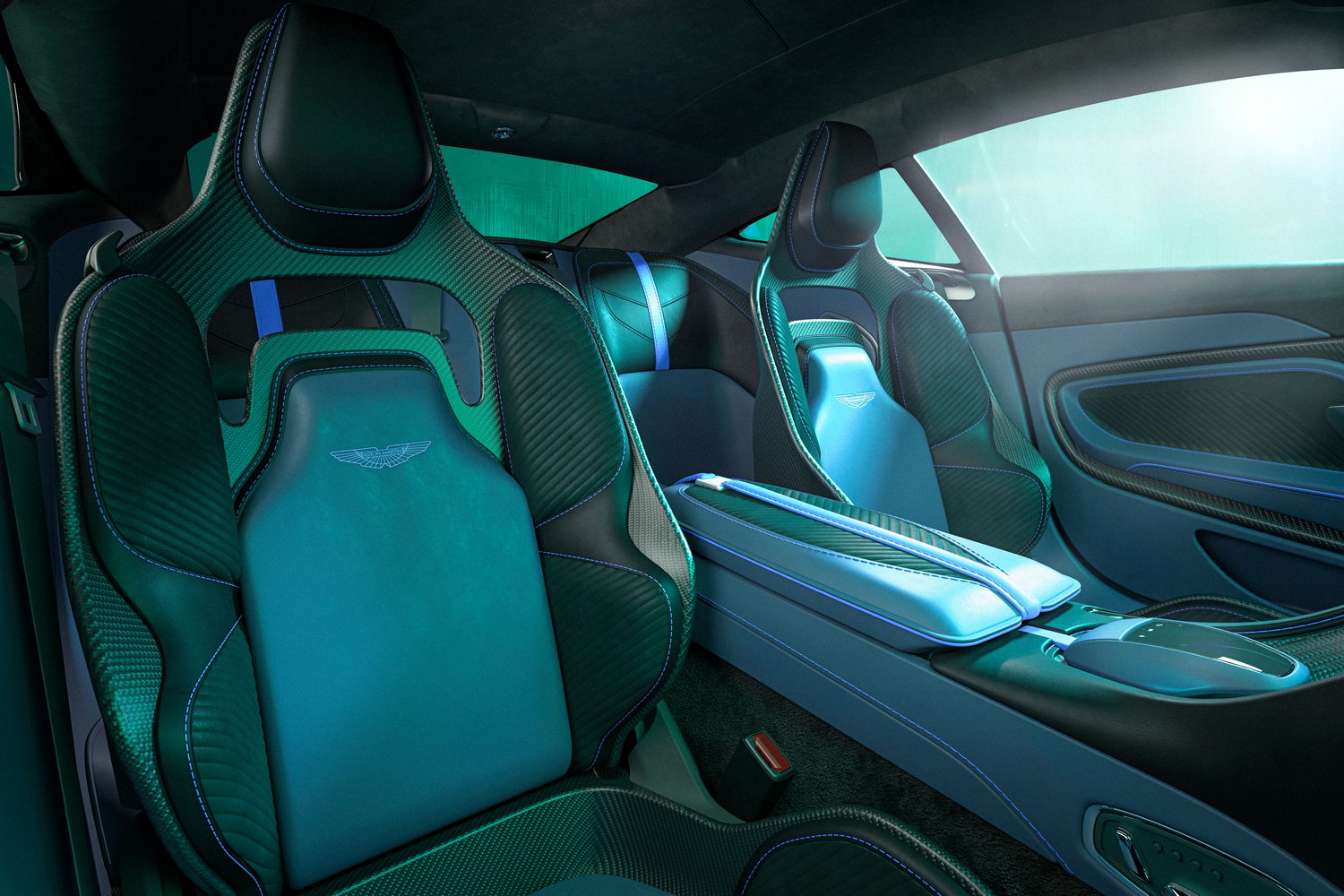 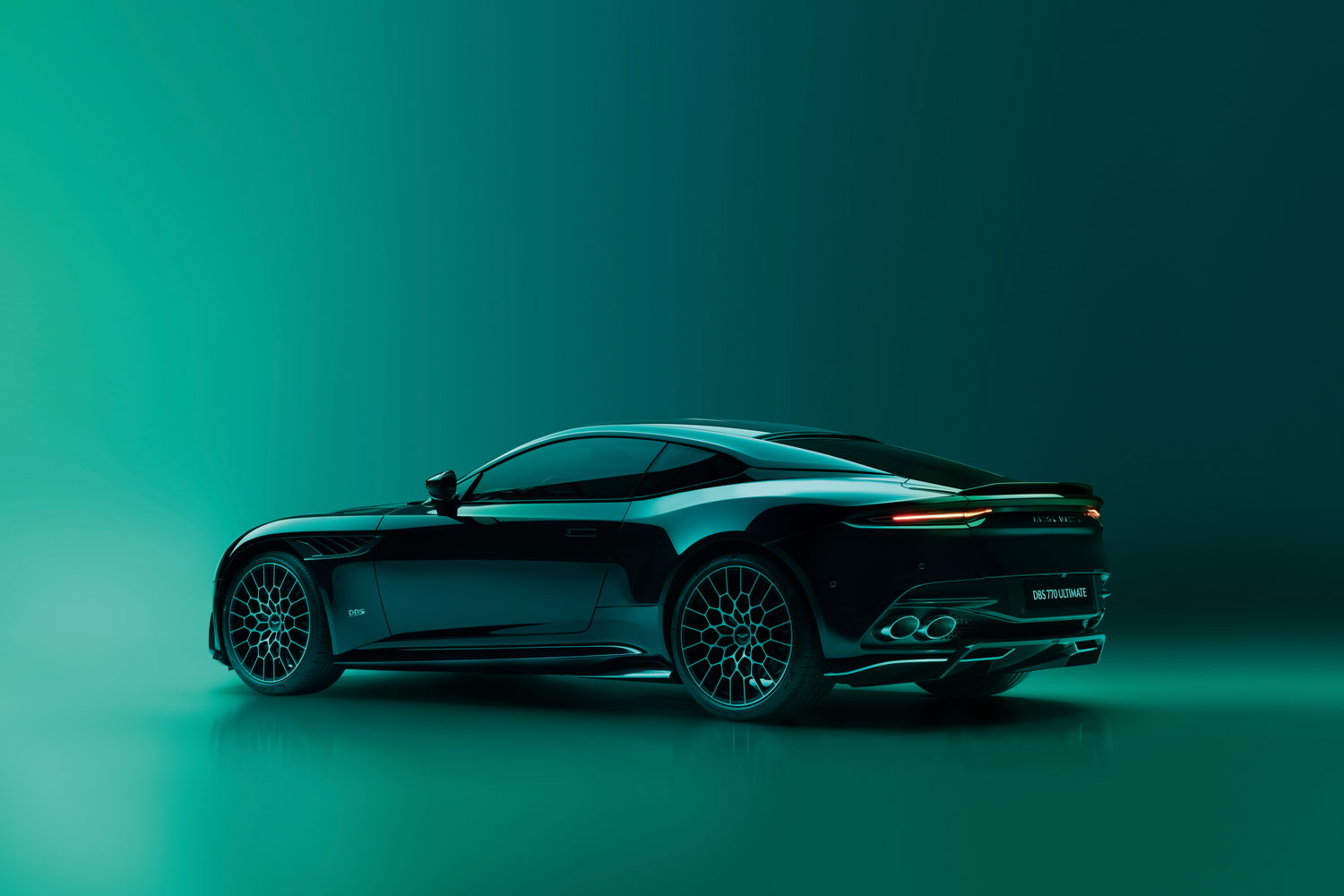 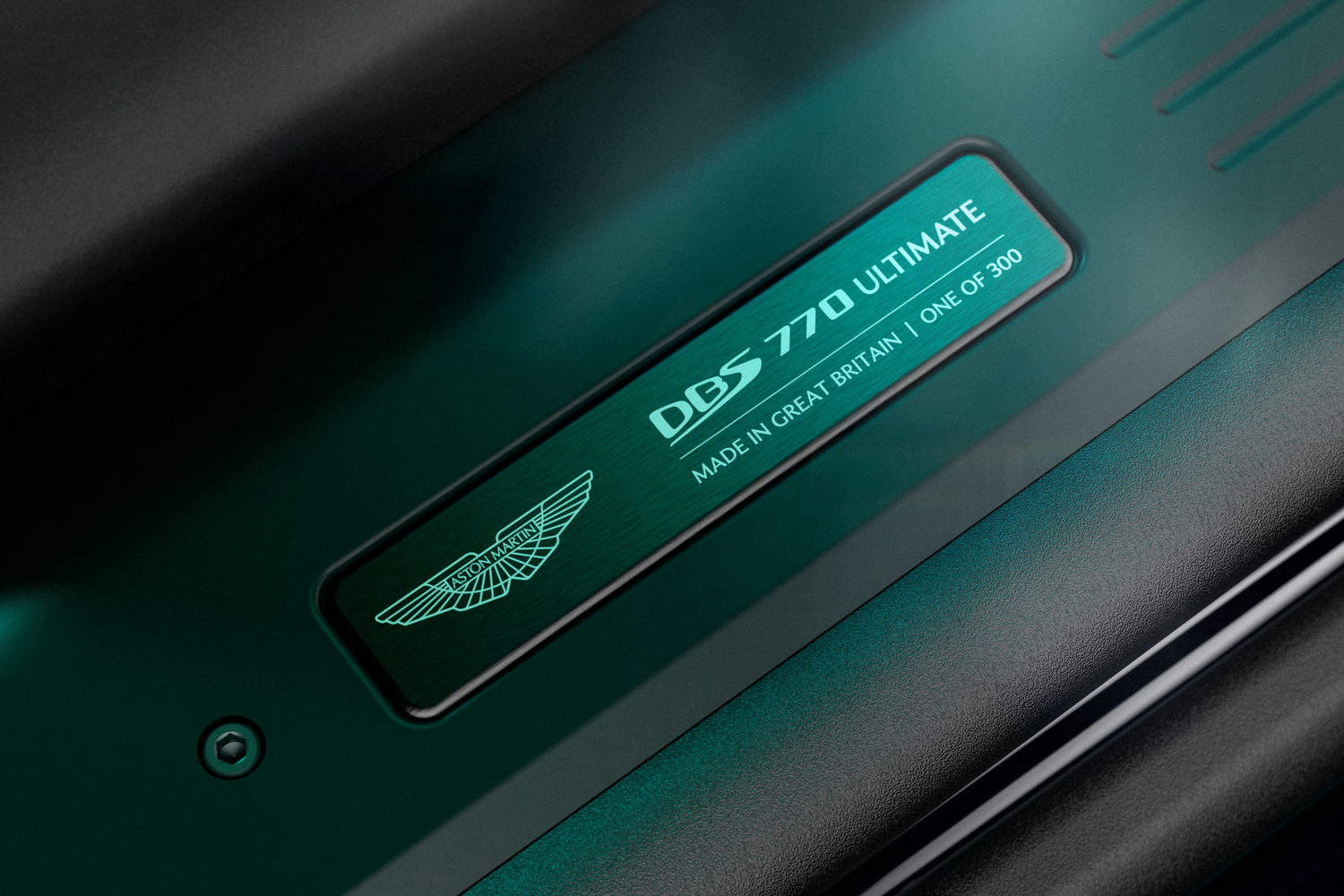 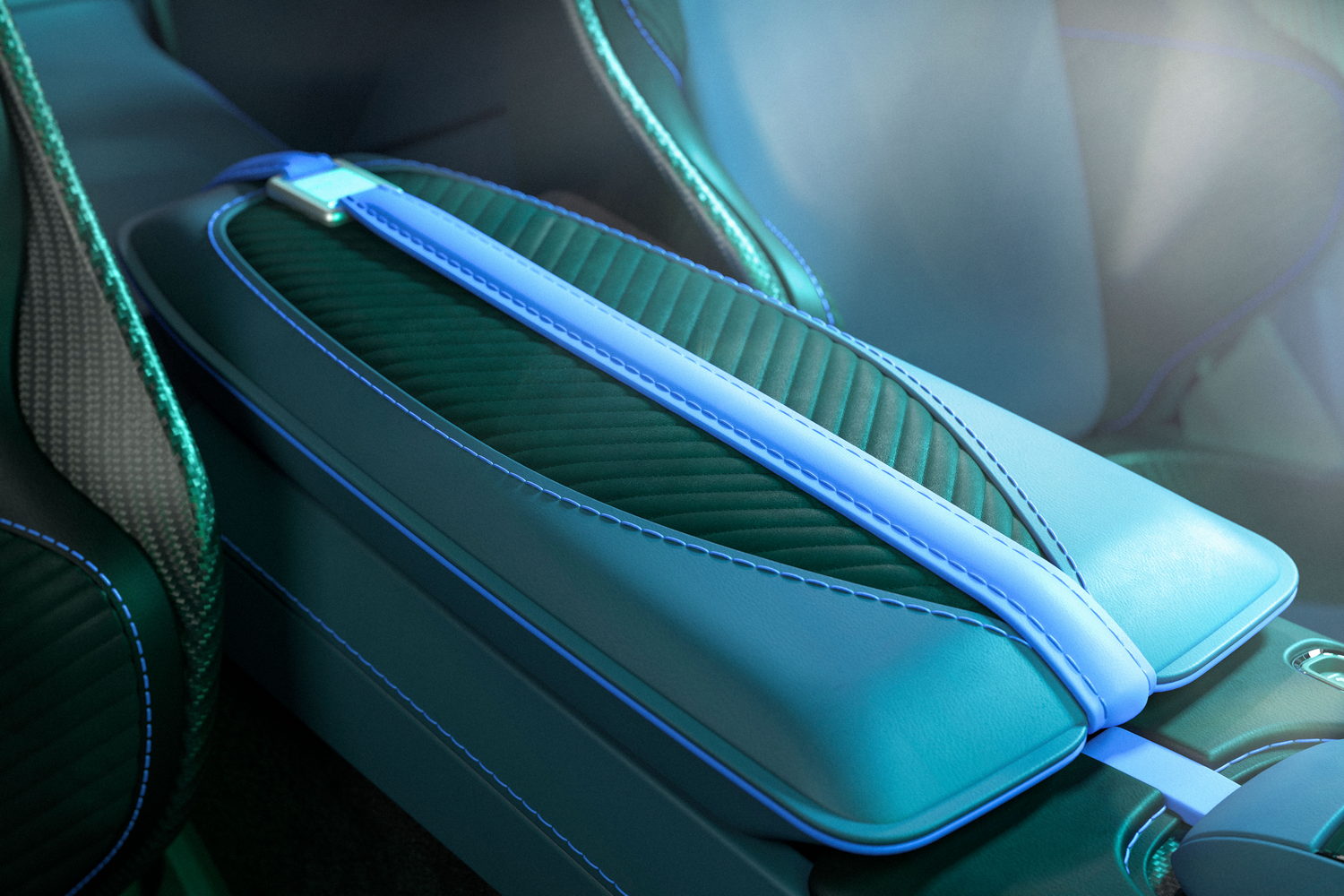 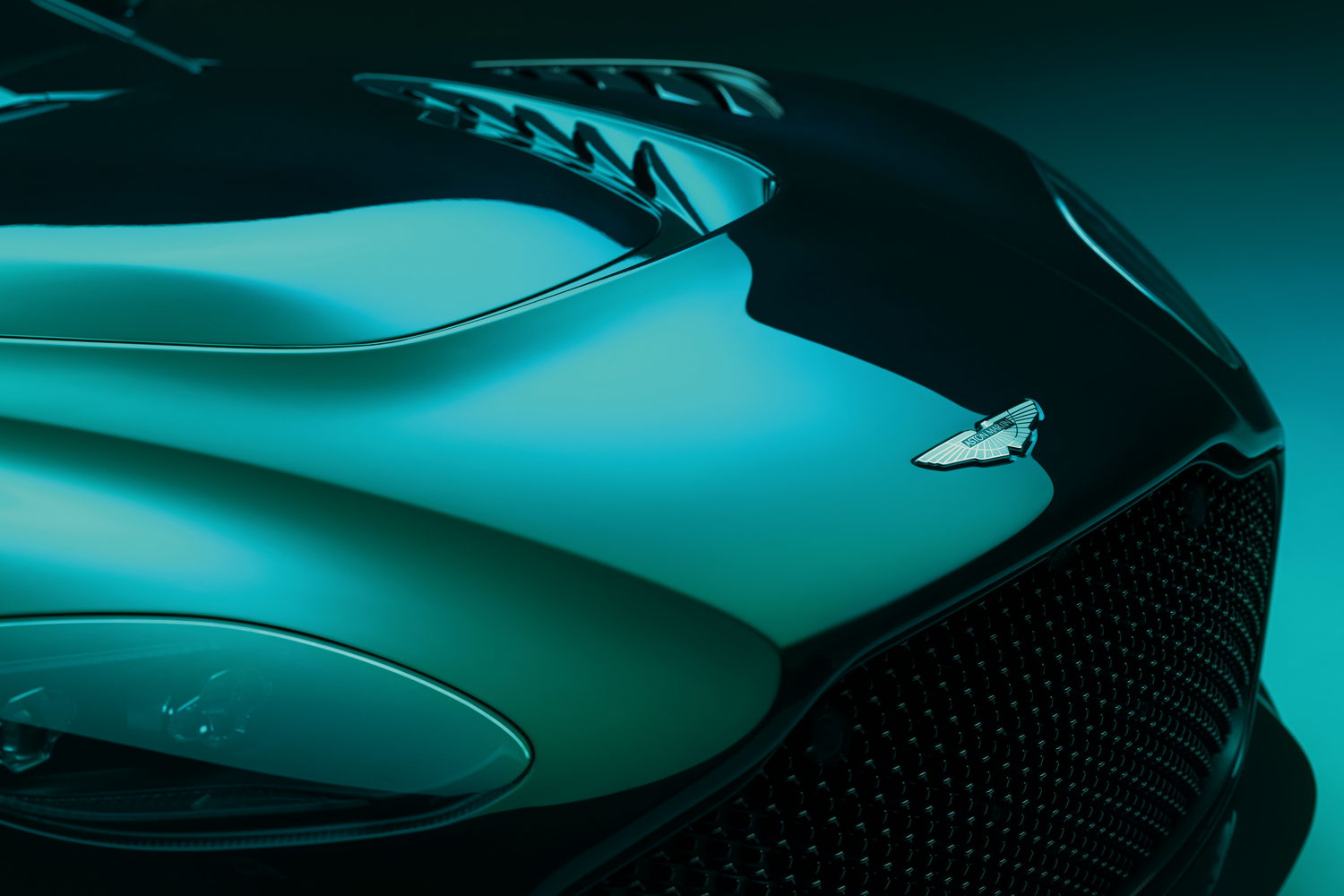 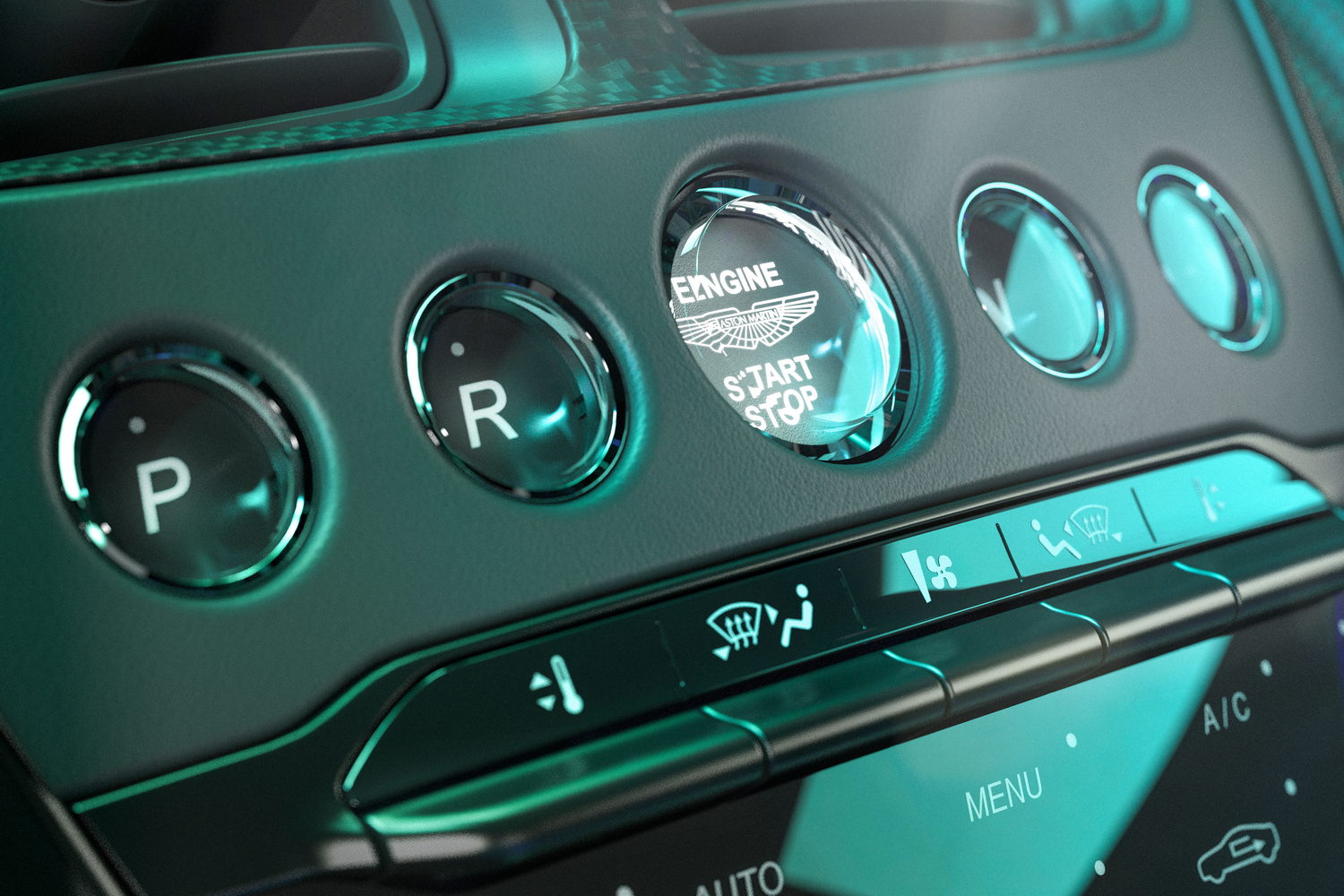 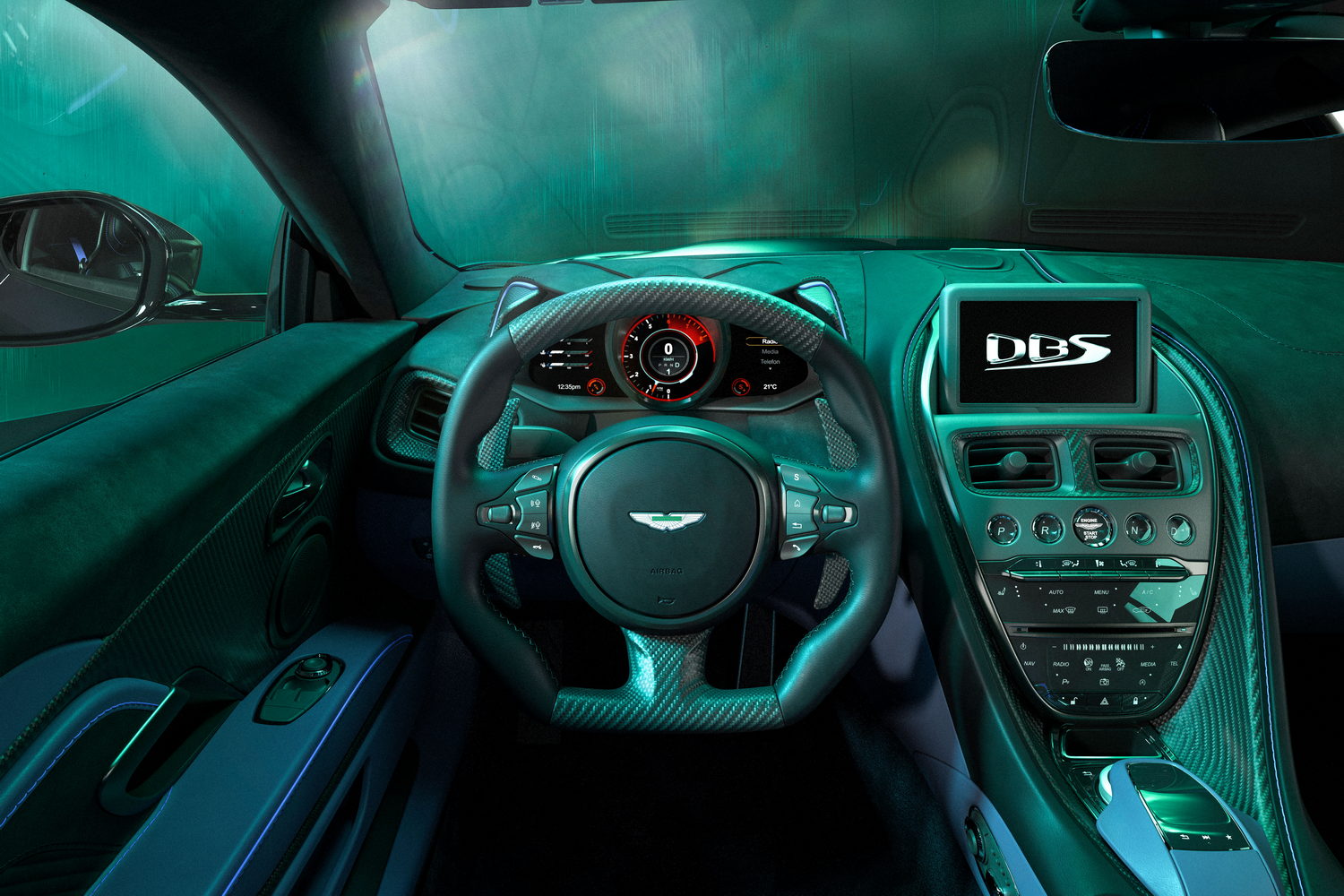 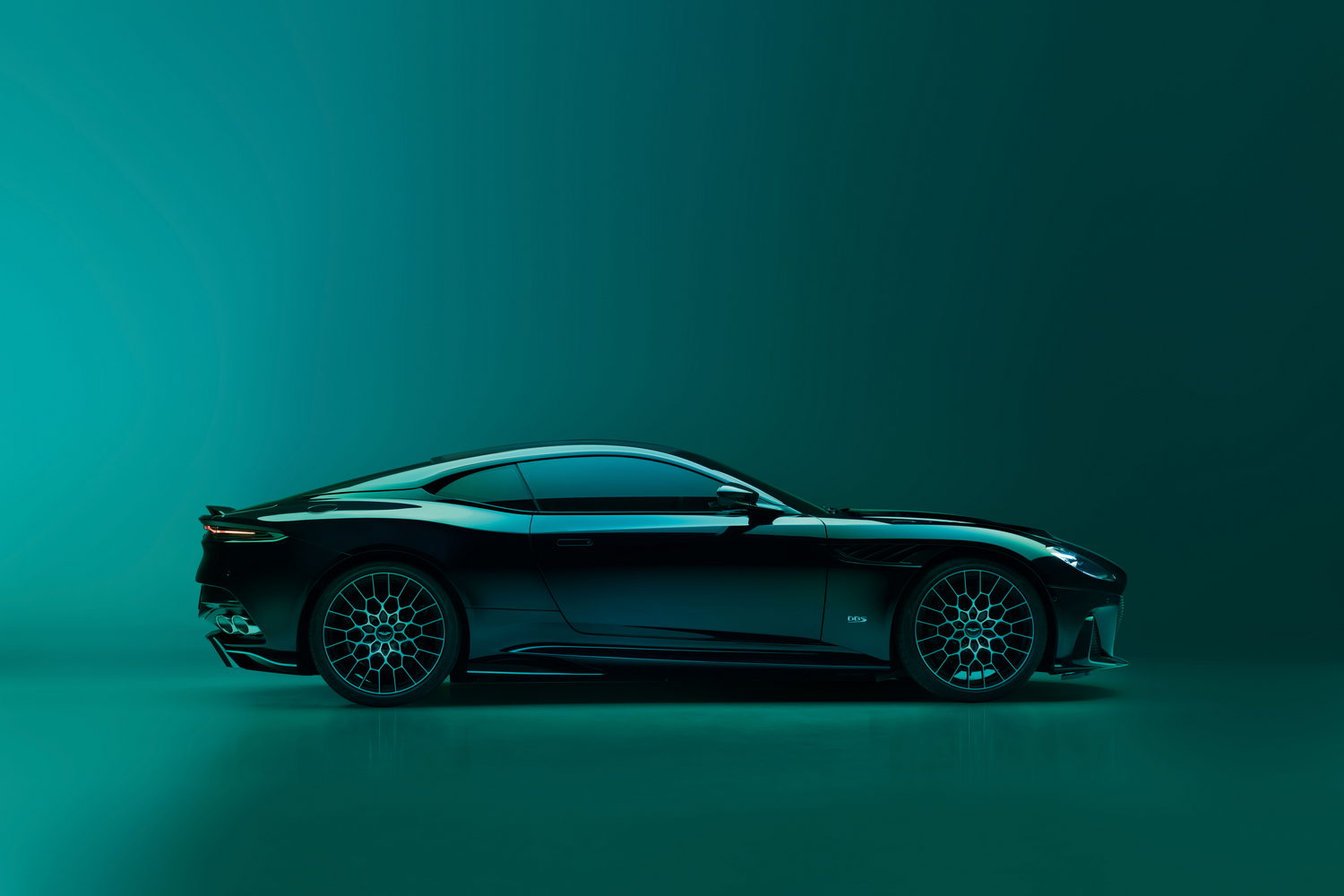 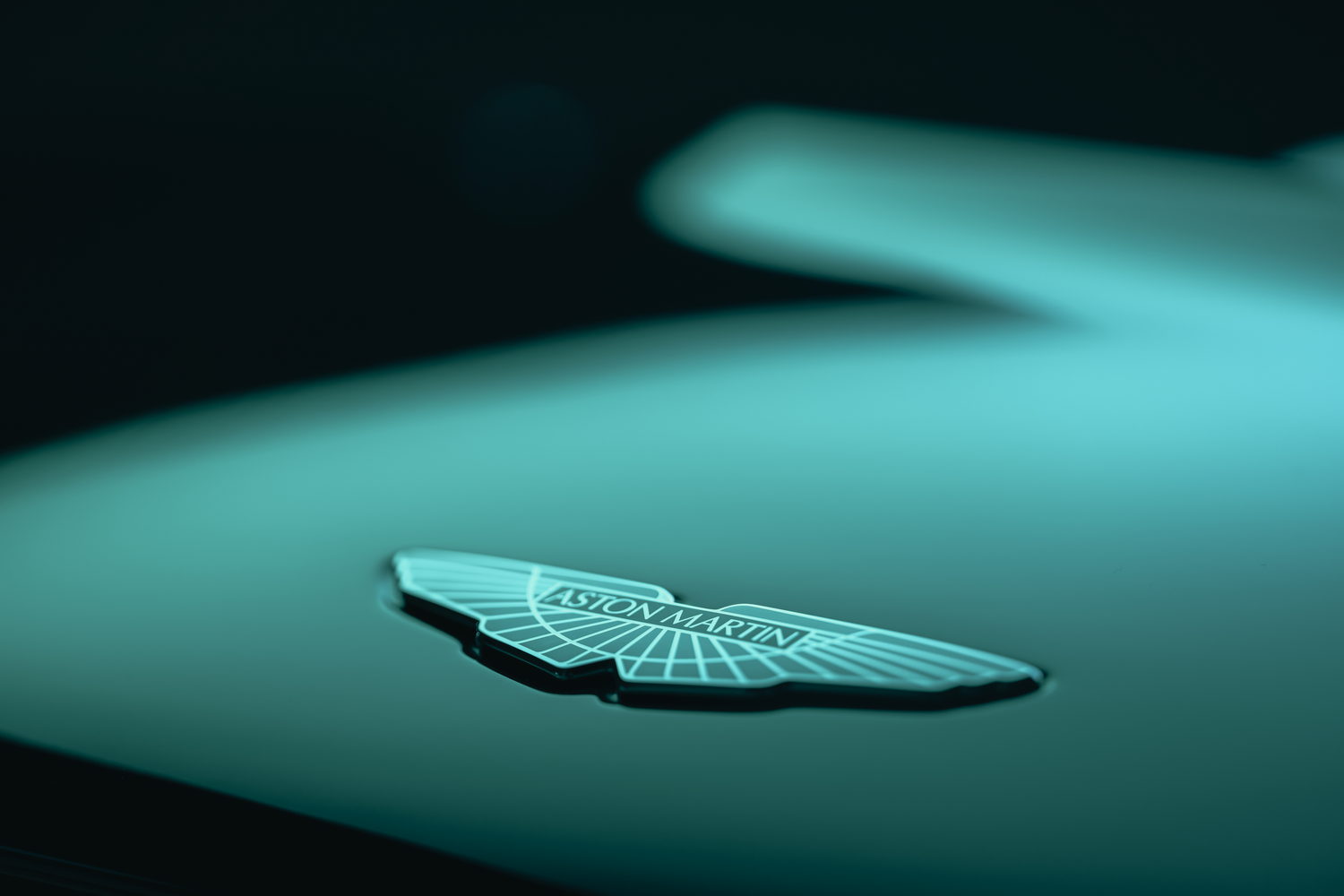 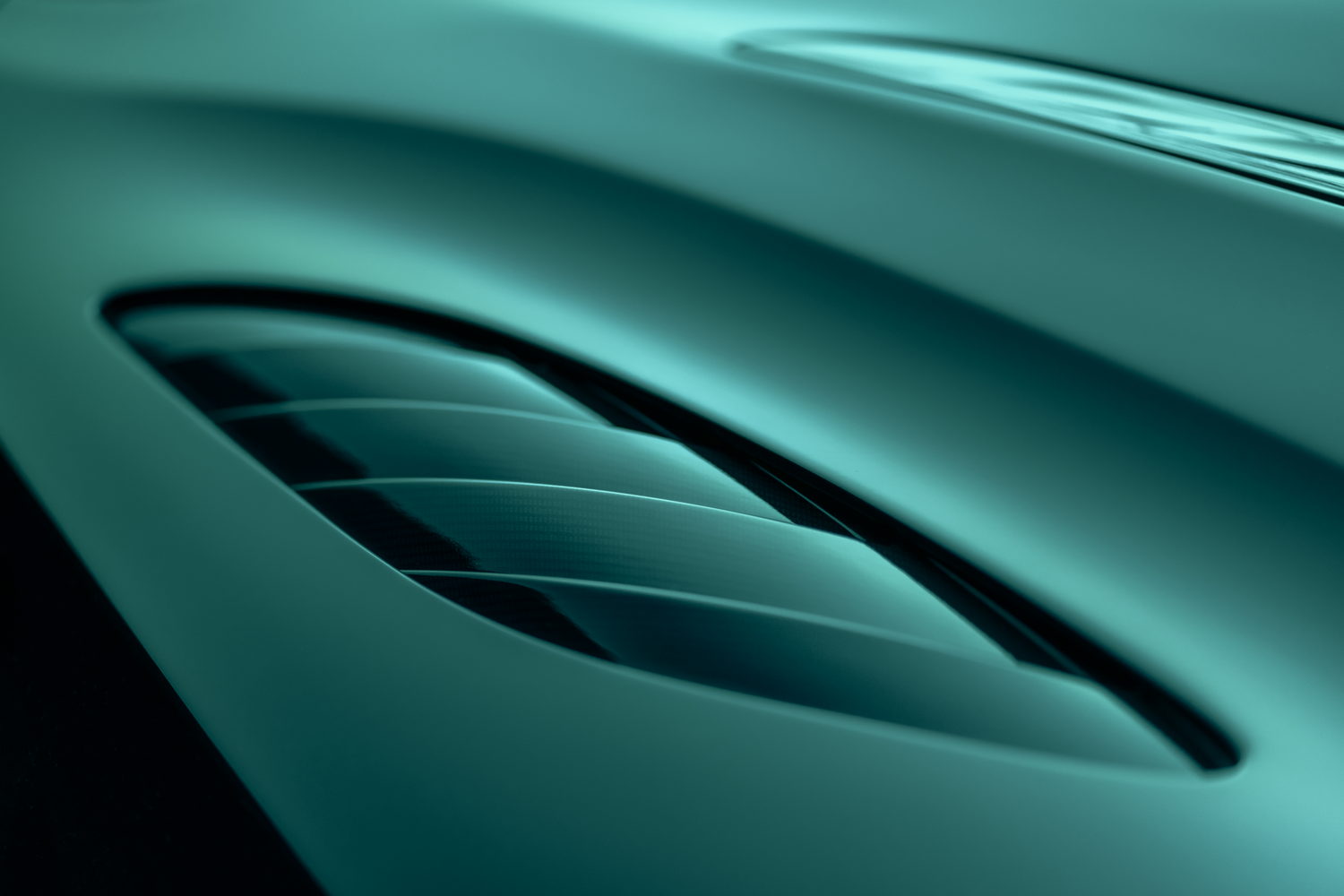 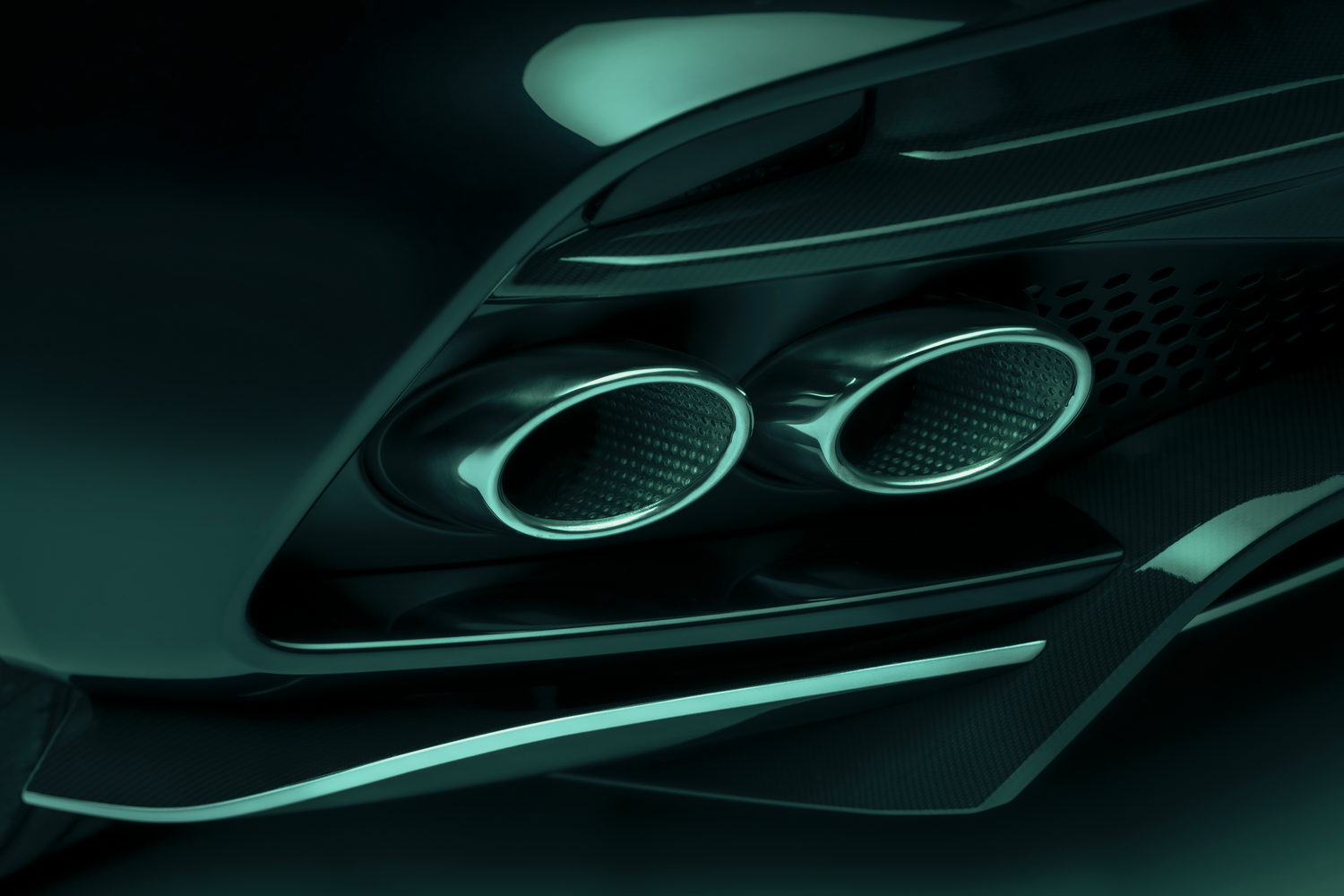 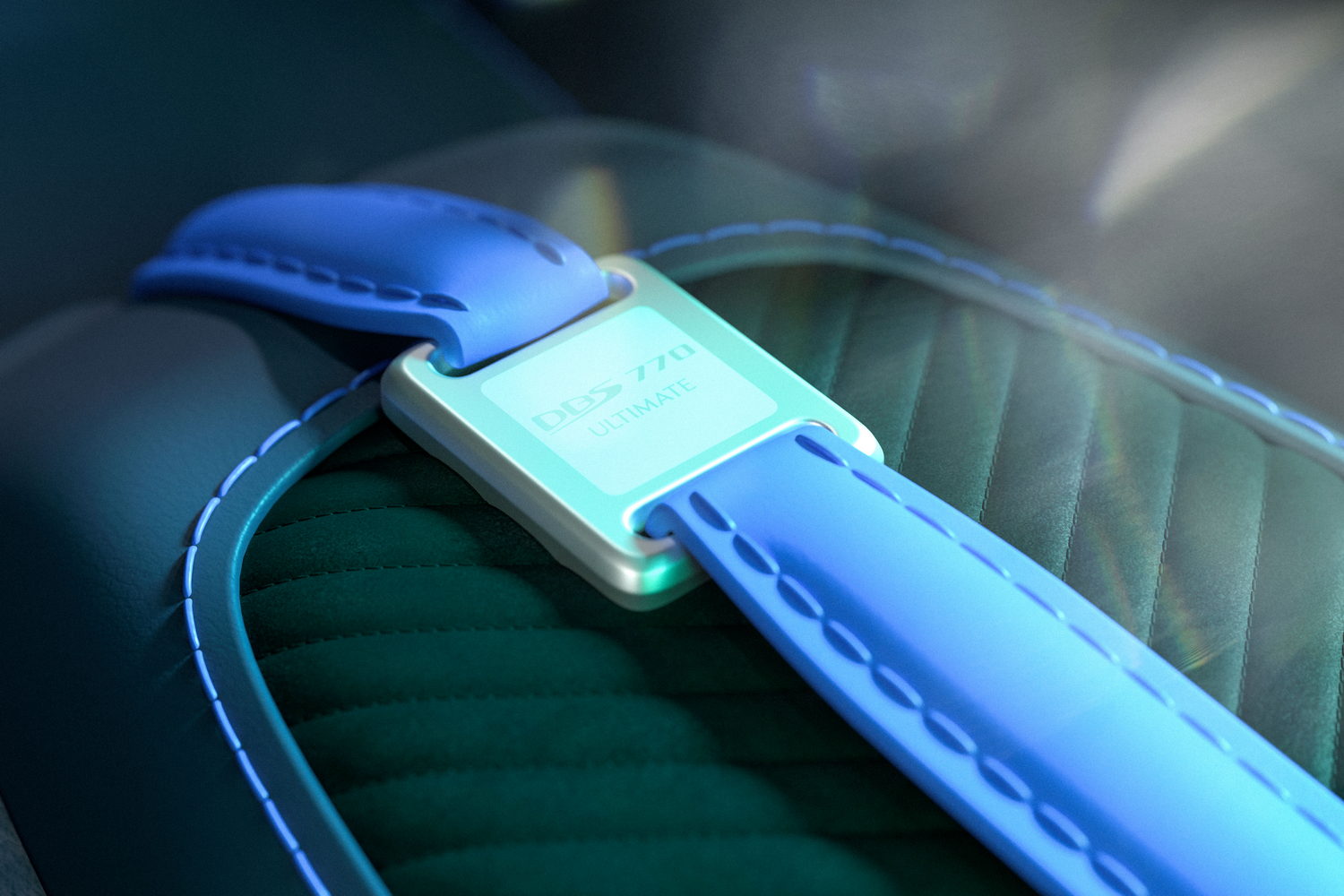 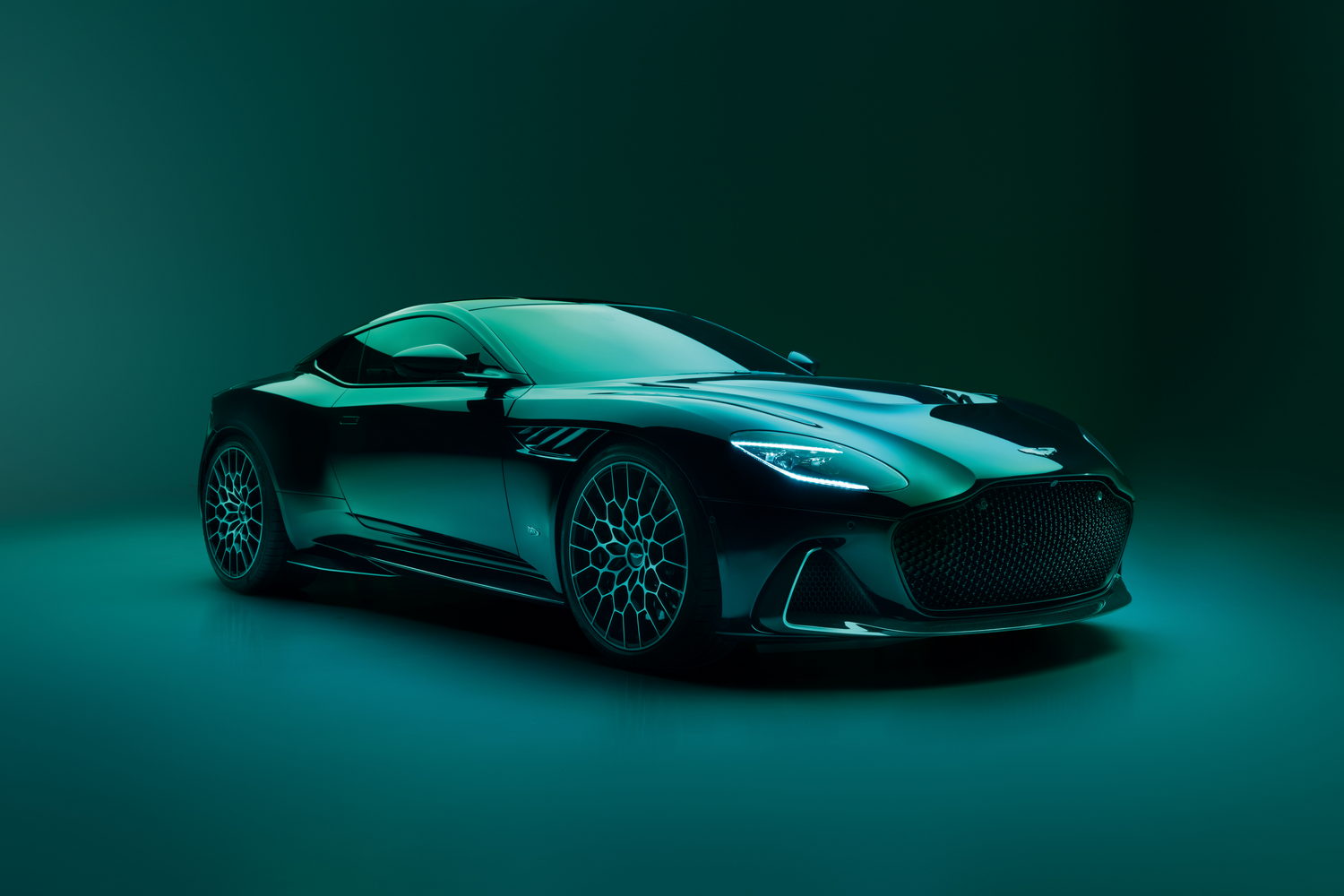 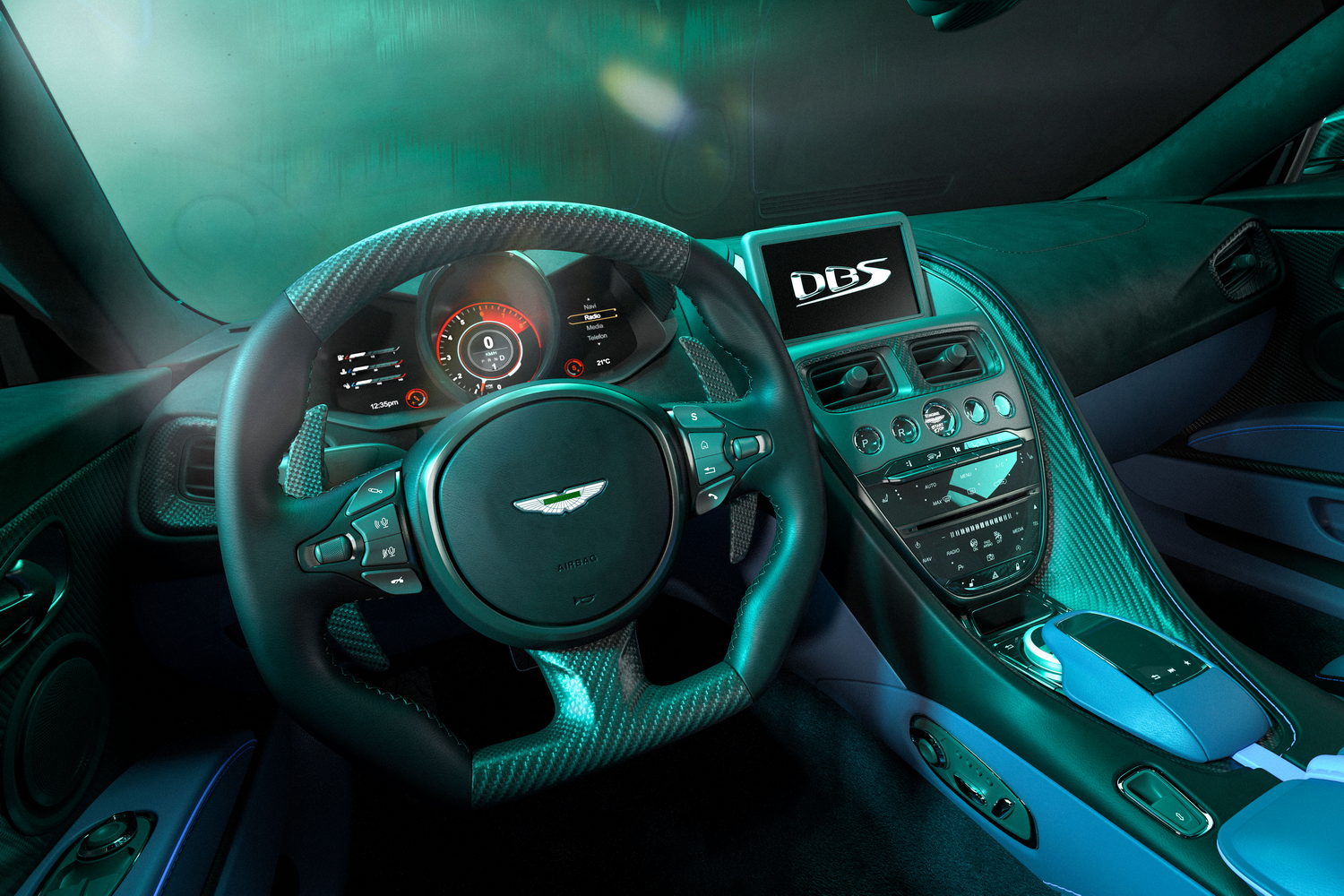 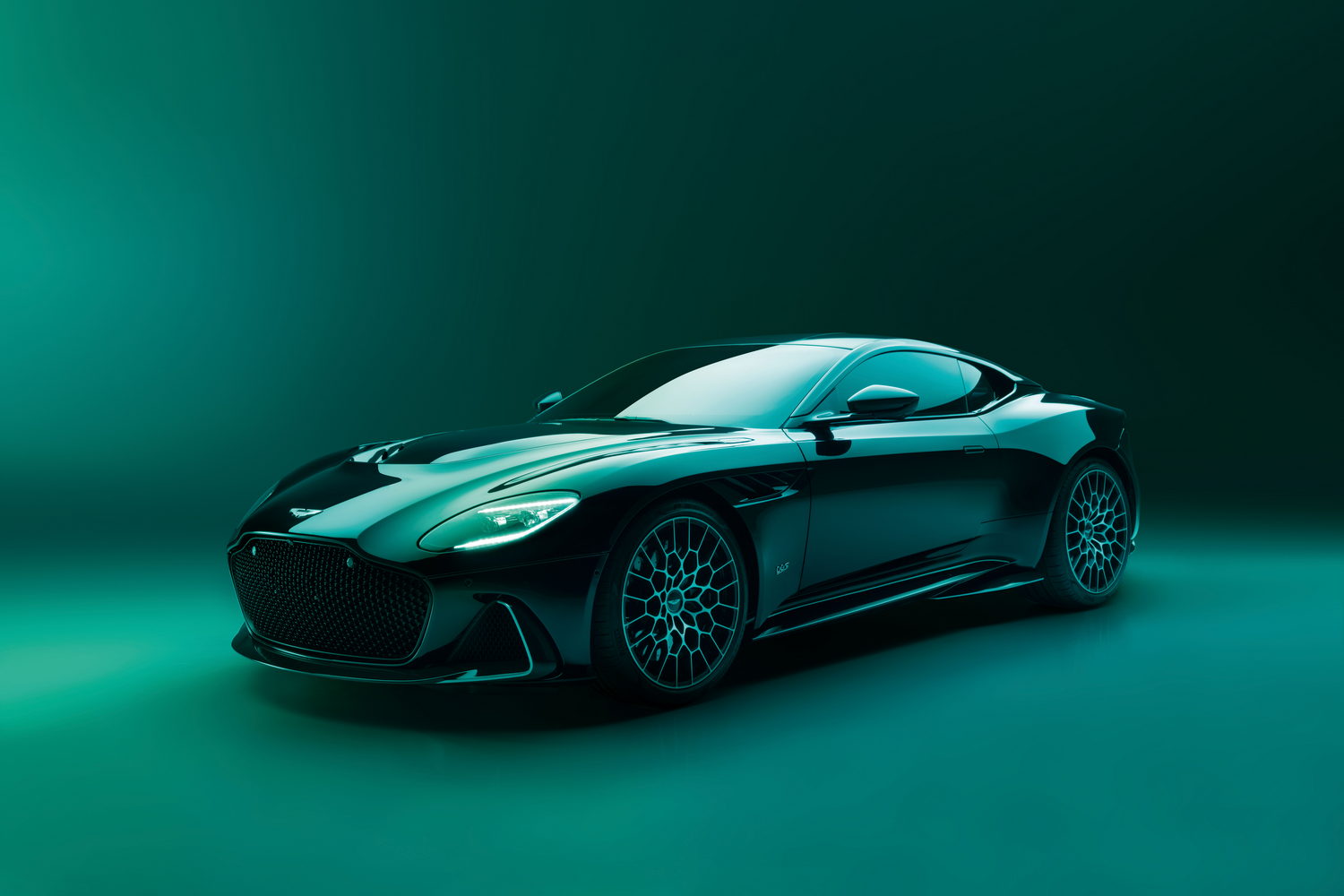 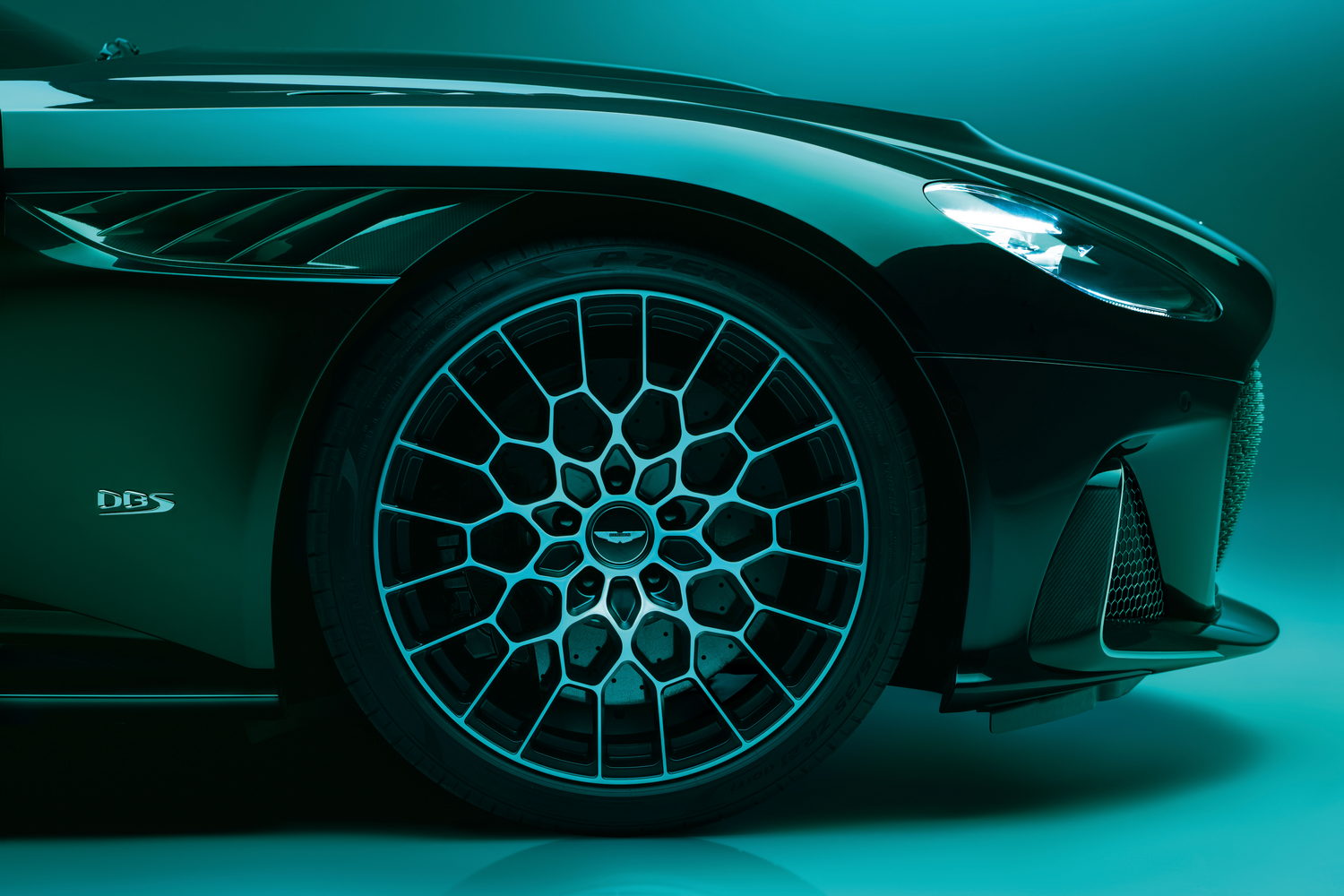 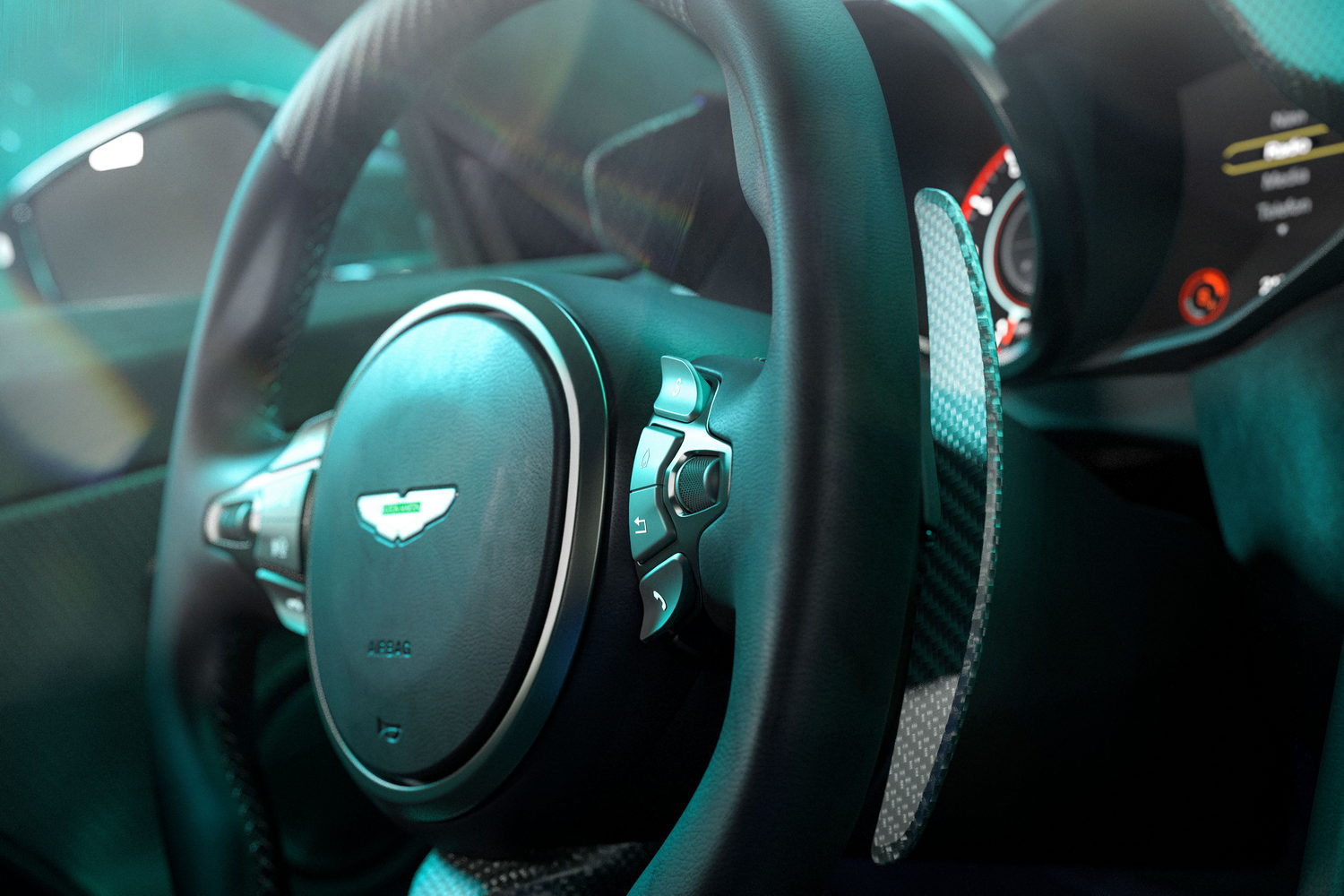 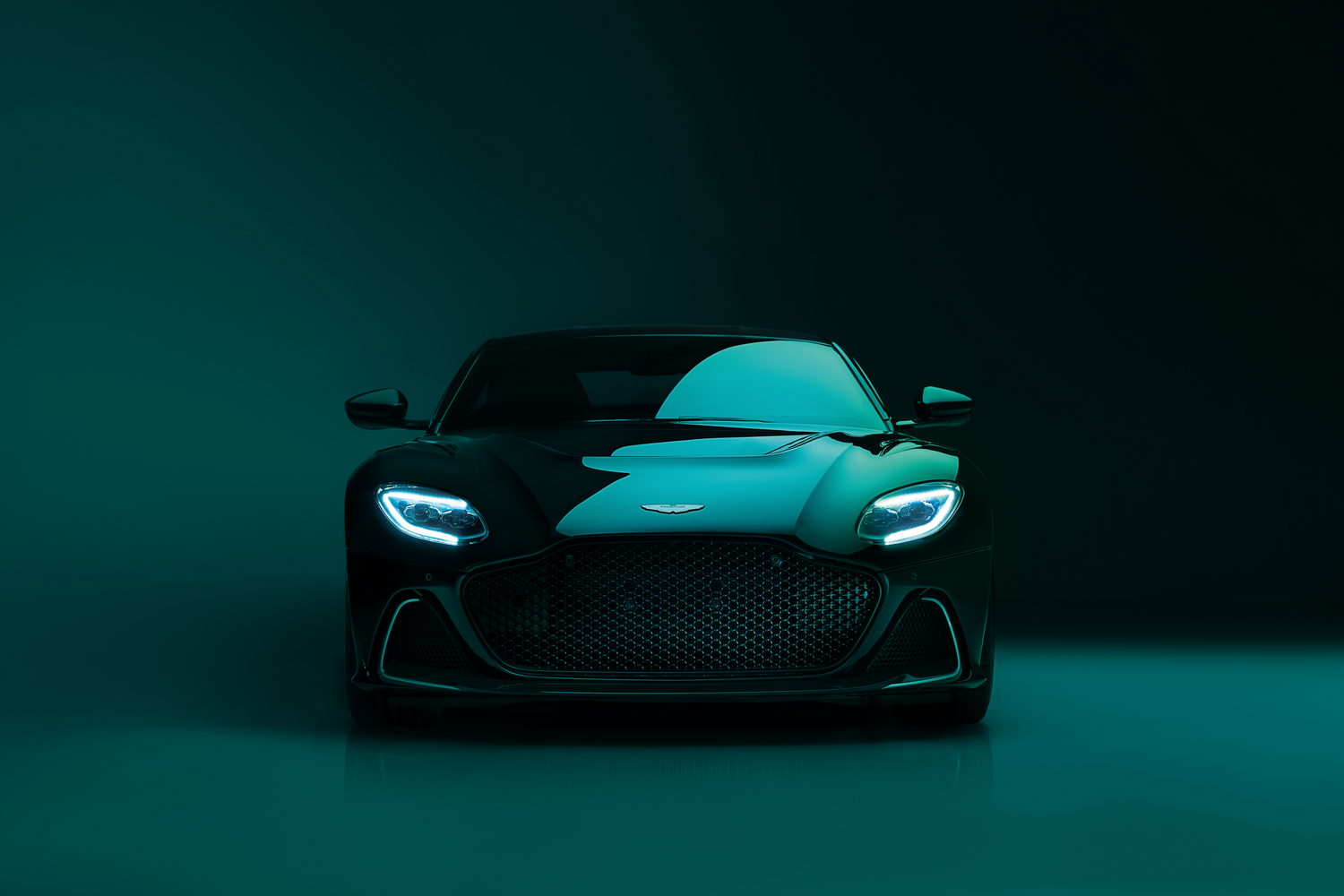 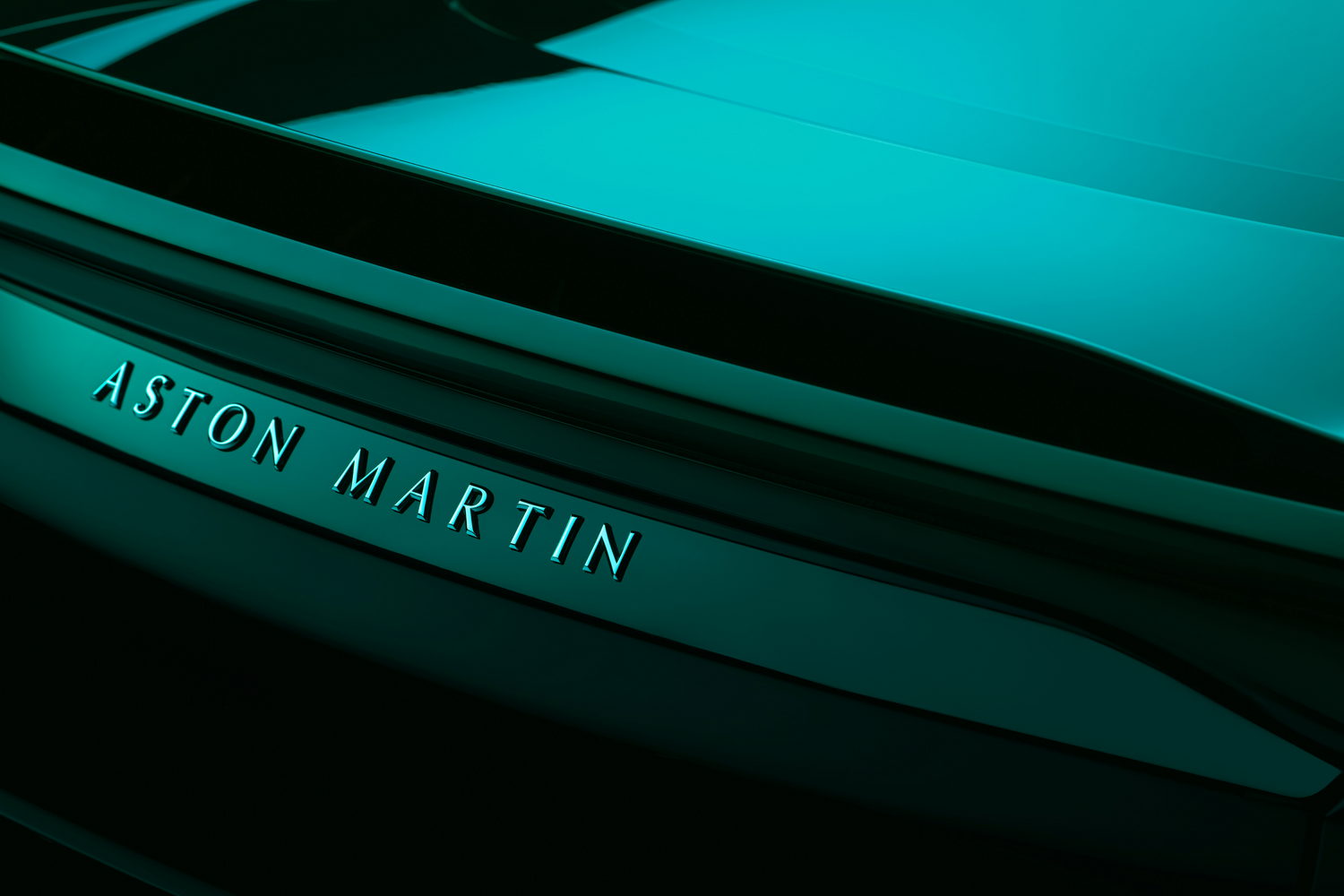 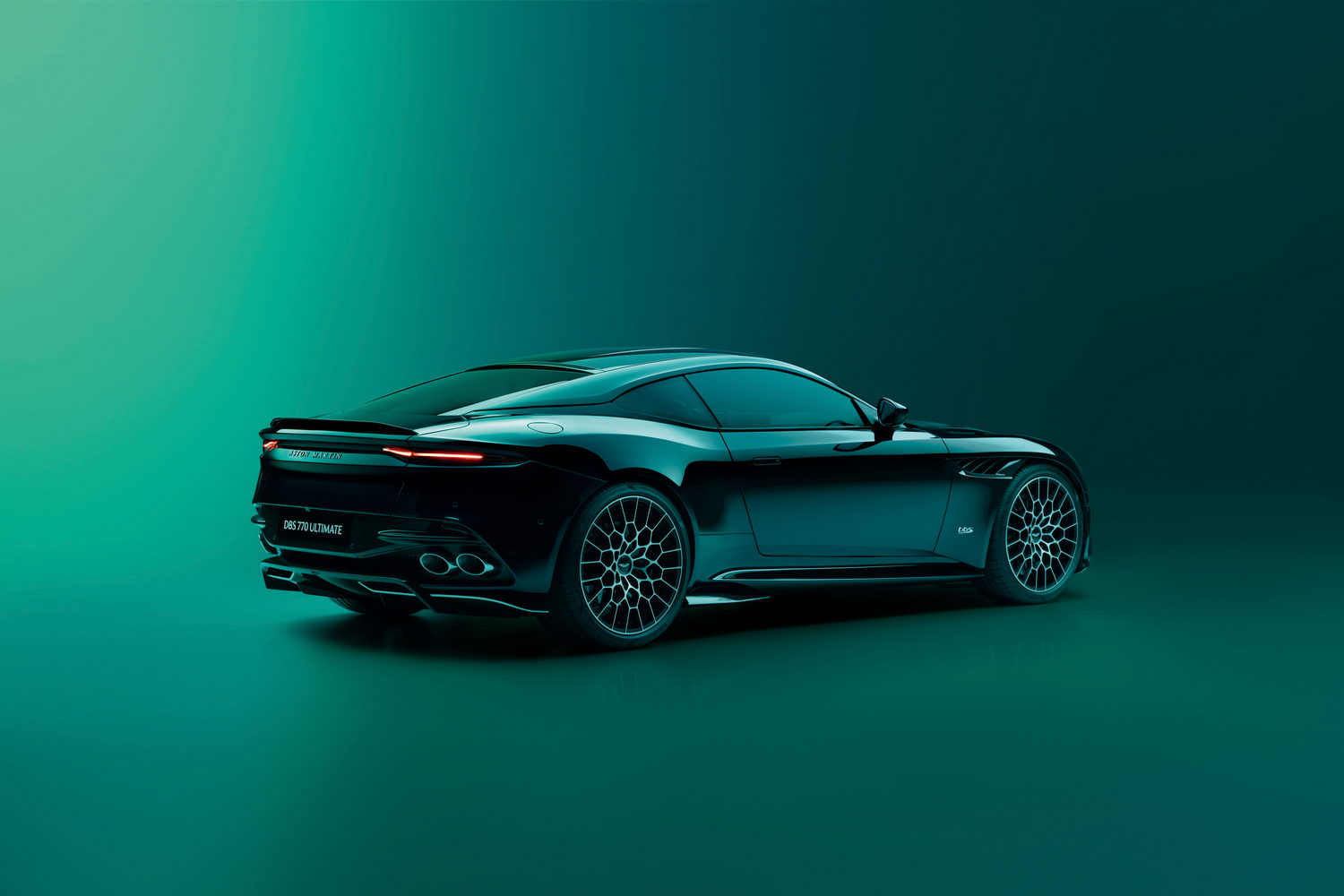 Aston Martin has revealed a fitting swansong for its V12-engined DBS as the coupe nears the ends of its life. It's called the DBS 770 Ultimate and yes, that's its peak power output figure. There's more to the final edition than an increase in performance, too, though you're too late if you've not already got your name down for one as all 499 examples are already spoken for.

Thanks to tweaks to the airflow, ignition and turbocharging of the DBS's regular V12, Aston Martin has managed to increase its peak power to 770hp at 6,500rpm, up from 725hp. The maximum torque figure of 900Nm is unchanged, still produced all the way from 1,800- to 5,000rpm. Engines such as this may not be around for much longer, so let's just remind ourselves of its technical make-up: it's a 5.2-litre unit with four valves per cylinder, two twin-scroll turbochargers (feeding the engine via water-to-air intercoolers) and variable cam timing on the exhaust and inlet sides. Aston Martin quotes a 0-100km/h time of 3.4 seconds for the DBS 770 Ultimate in coupe guise and a top speed of 340km/h.

The upgraded engine is bolted to a ZF eight-speed automatic gearbox sending power to the rear wheels via a mechanical slip differential. The transmission has been recalibrated for the Ultimate model.

Other updates designed to make the DBS even keener to drive include changes to the adaptive damping system and physical bracing that is claimed to lead to an increase in torsional stiffness of the entire car.

Of the 499 examples that have been ordered, 300 are the DBS coupe, while 199 are of the open-topped Volante. The Ultimate spec brings with it a few aesthetic changes, most notably the new "horse-shoe" vent in the top of the bonnet and bespoke 21-inch alloy wheels. There's also a new front splitter with extra air vents and a larger rear diffuser to balance up the aerodynamics. Topping it all off are a few special details in "2x2 Twill carbon fibre", plus a new carbon-fibre side sill design.

As ever with an Aston Martin, its 'Q' department will happily allow you spend as much as you please on personalising the DBS.

Inside, though, it's pretty special as standard, including 'Sports Plus Seats trimmed in full semi-aniline leather and Alcantara, featuring a 'fluted' quilt and perforation pattern'. There's unique trim elsewhere in the cabin, including a strap and buckle badge on the centre console with a laser-etched DBS 770 Ultimate logo, complementing door sill plaques with the build number on them.

Aston Martin Chief Technology Officer, Roberto Fedeli: "When an iconic model generation reaches the end of production it is important to mark the occasion with something special. In the case of the DBS 770 Ultimate, we have spared nothing in ensuring the final version of our current series production flagship is the best-ever in every respect. Not only is it the fastest and most powerful DBS in our history, thanks to a comprehensive suite of improvements to the transmission, steering, suspension, and underbody structure; it is also the best to drive."

Marek Reichman, Aston Martin Chief Creative Officer, added: "DBS has always sat at the pinnacle of the Aston Martin production model line-up. And now we're infusing DBS 770 Ultimate with even more... more power, more performance purity and all with more sophistication, more taste and in the most considered manner. Something so raw, and yet so beautiful it's almost intimidating to look at. It's through this design approach that we came up with the shapes - starting with the amped-up front end - and from there everything else flows in design balance with the performance upgrades."

The DBS 770 Ultimate is the first bit of news from Aston Martin for 2023 as it embarks on its 110th year in business - expect to see plenty more over the coming months.