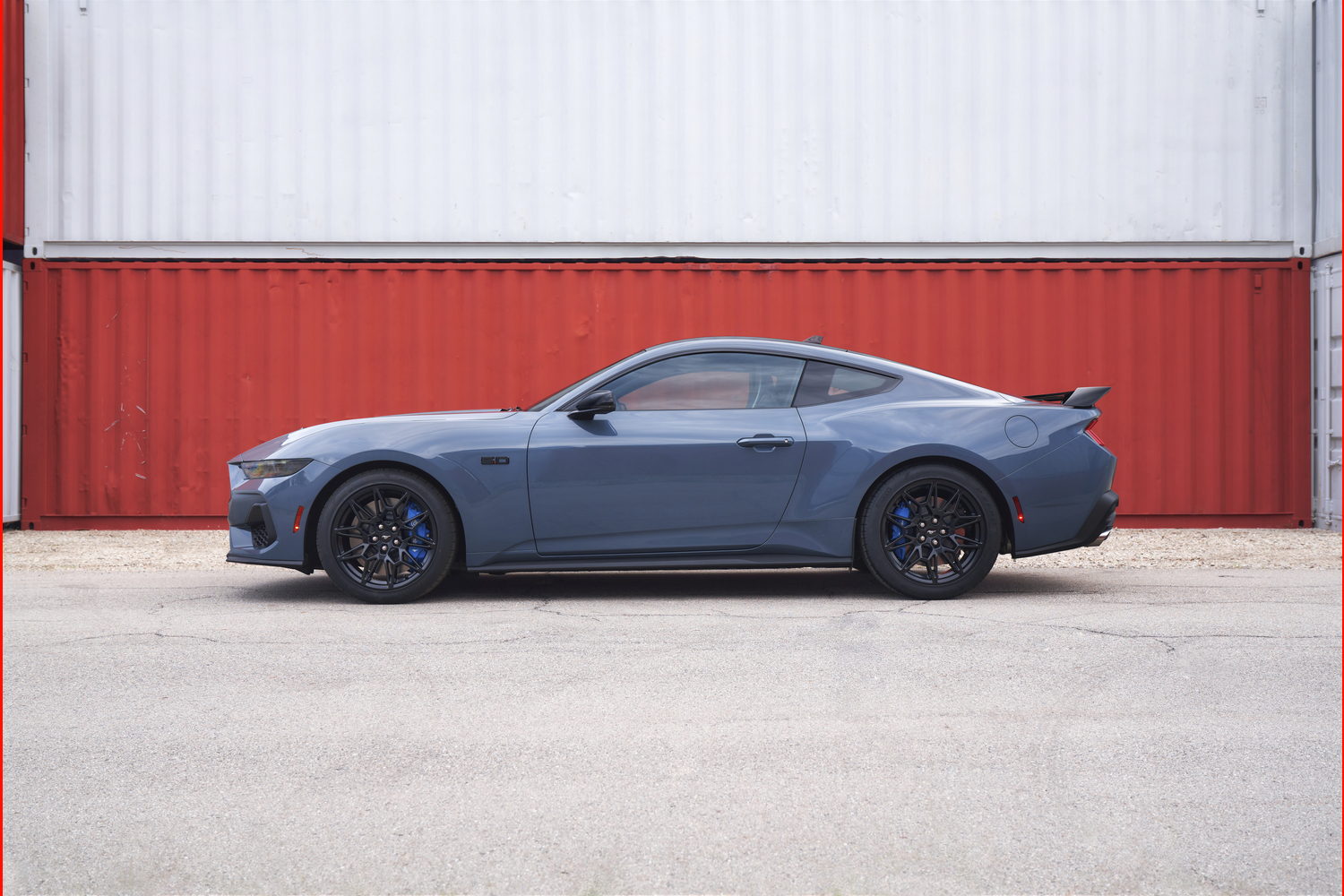 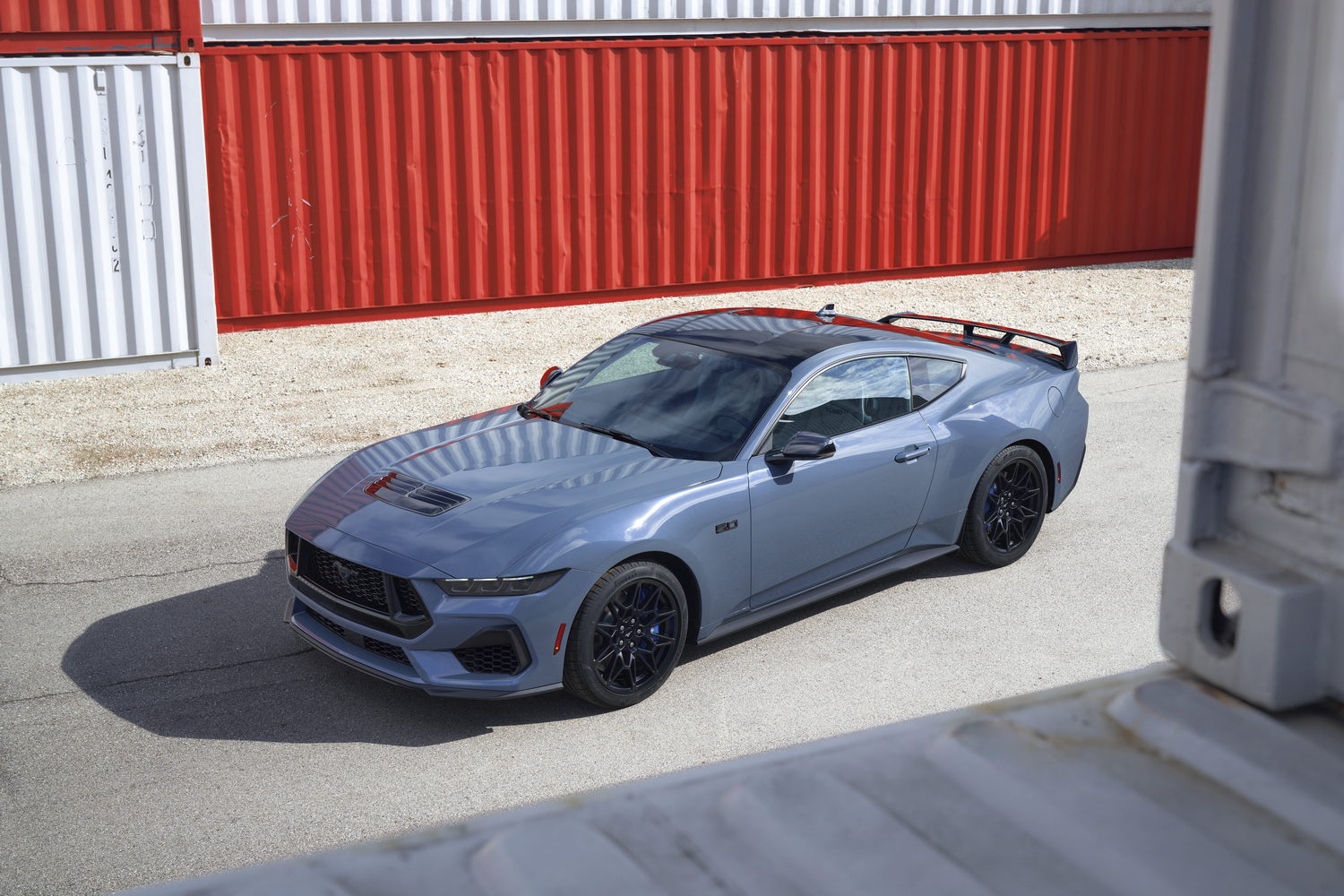 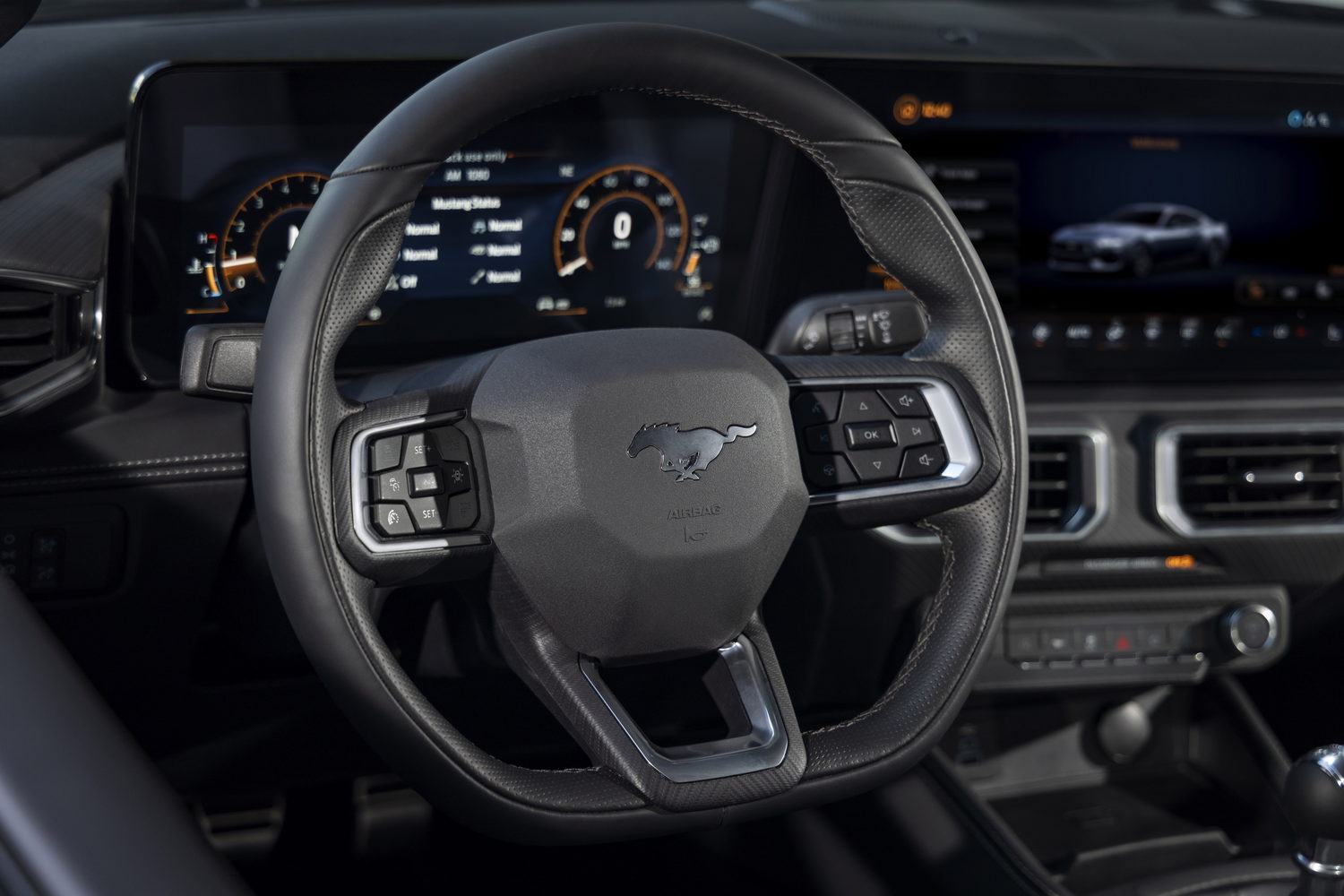 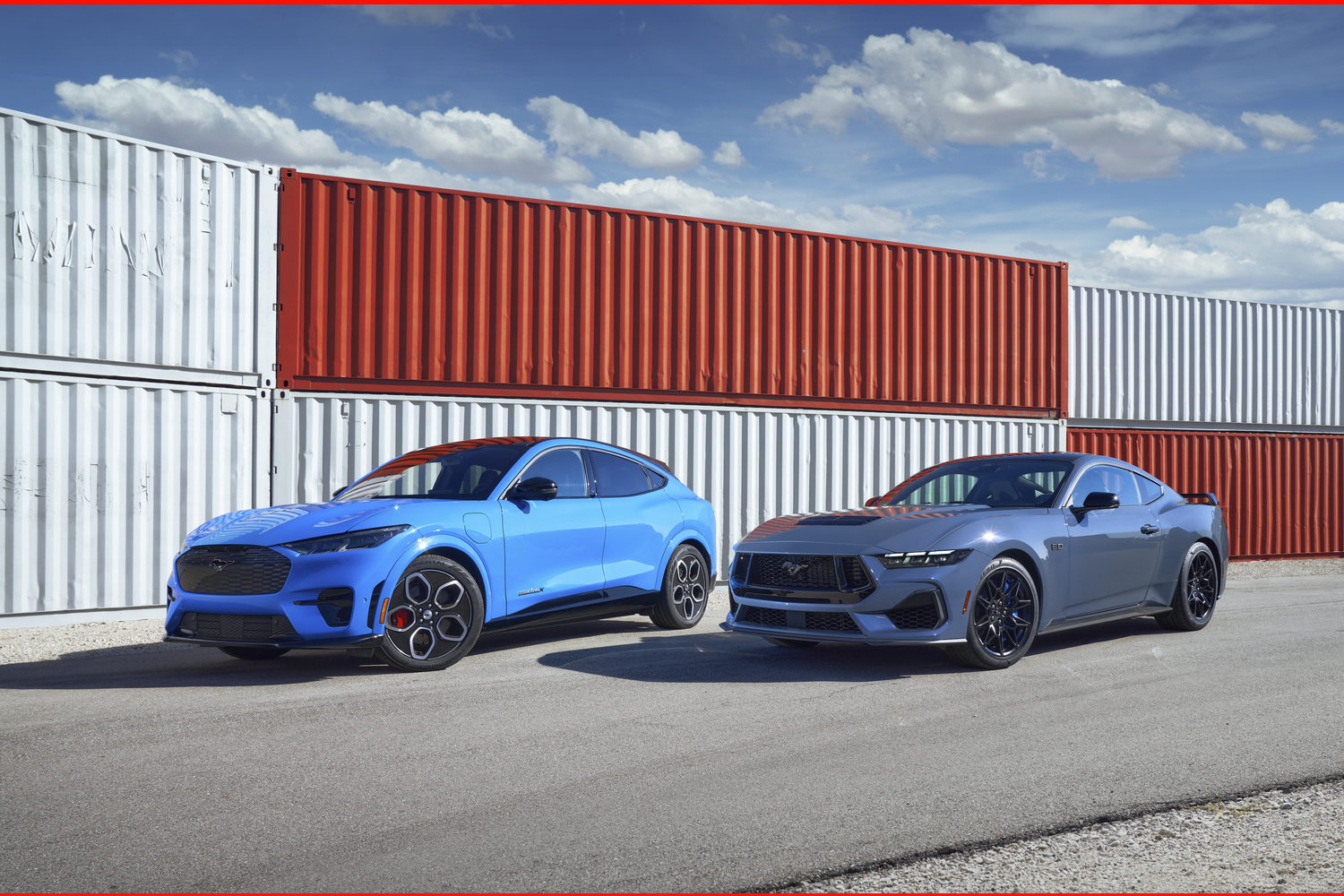 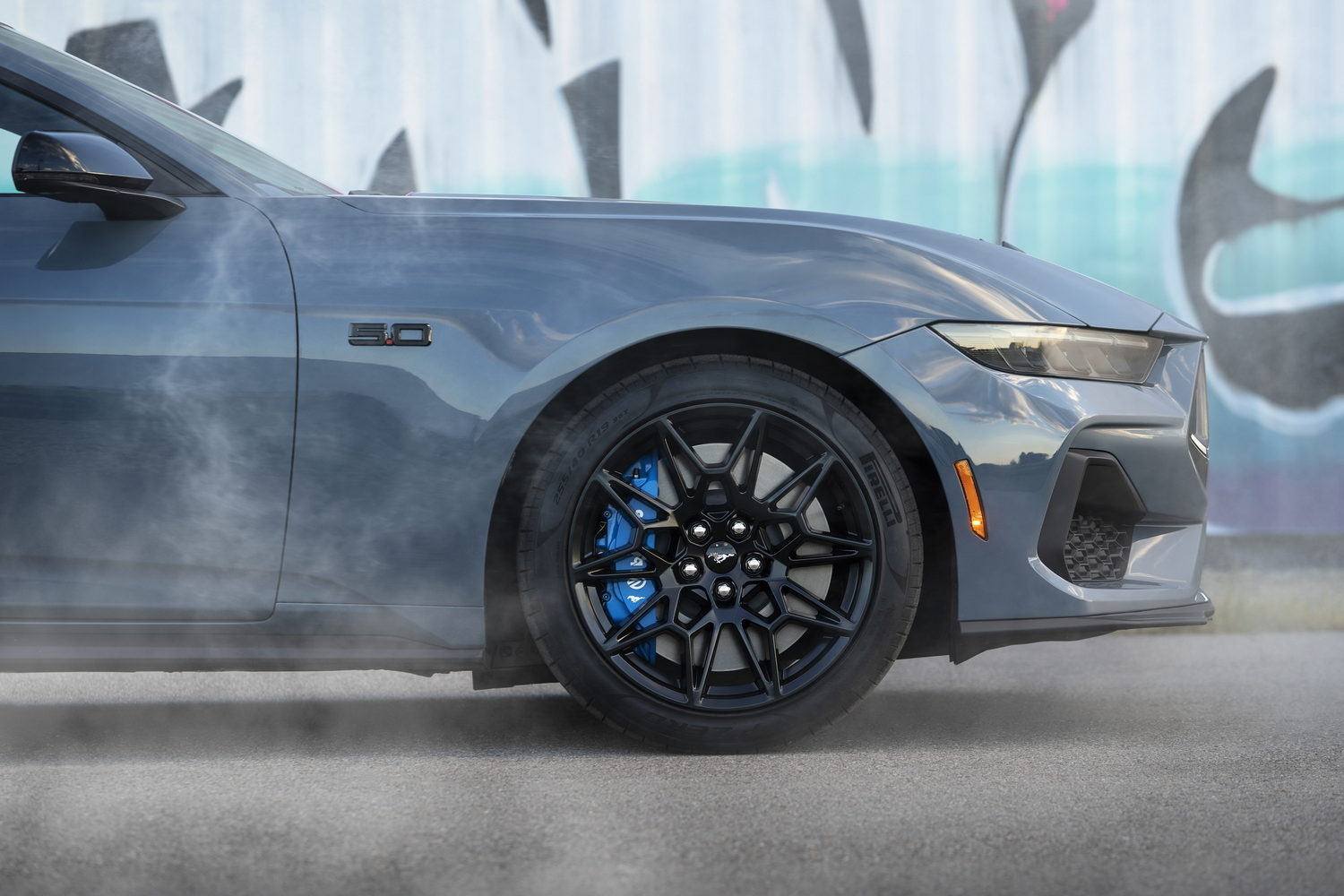 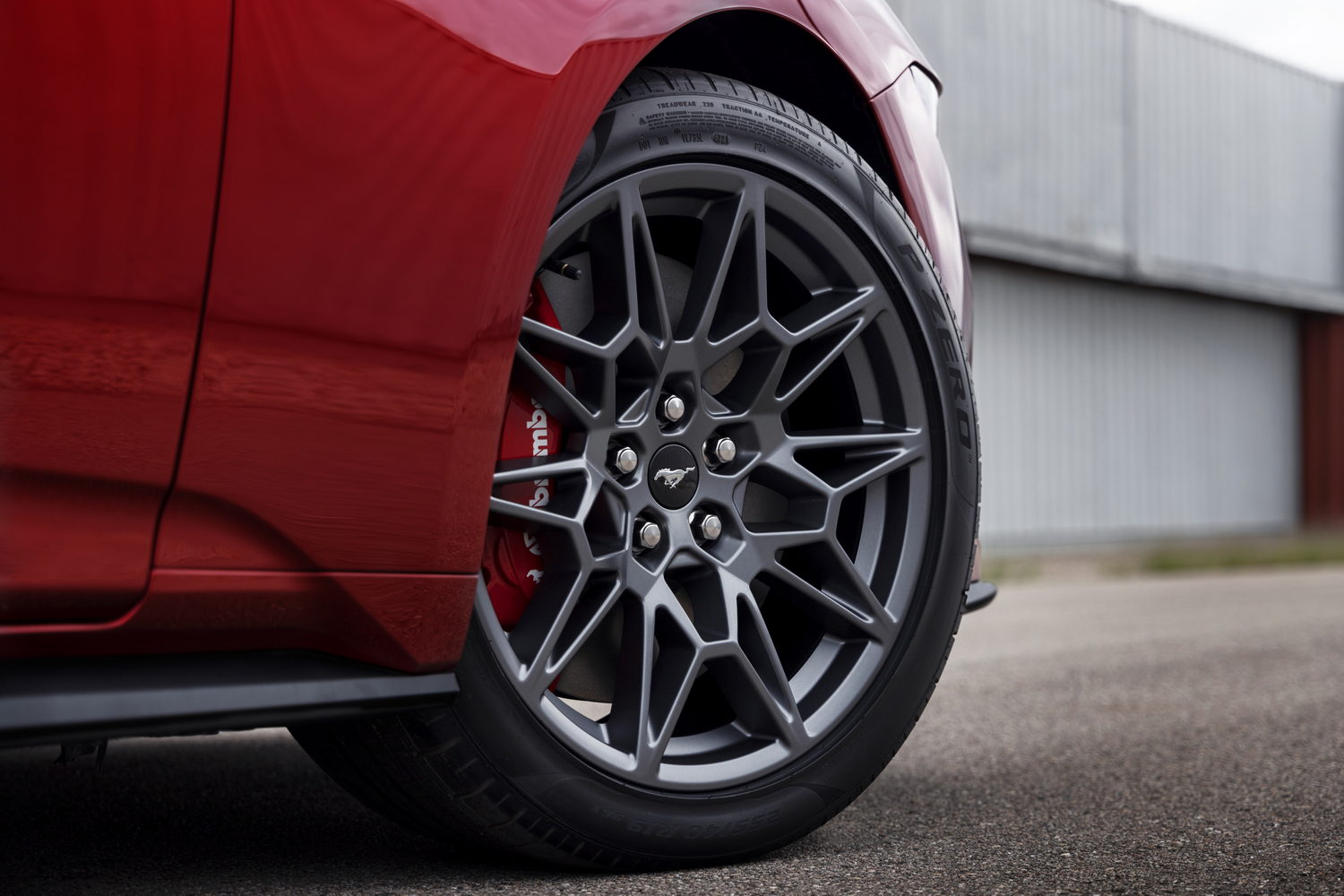 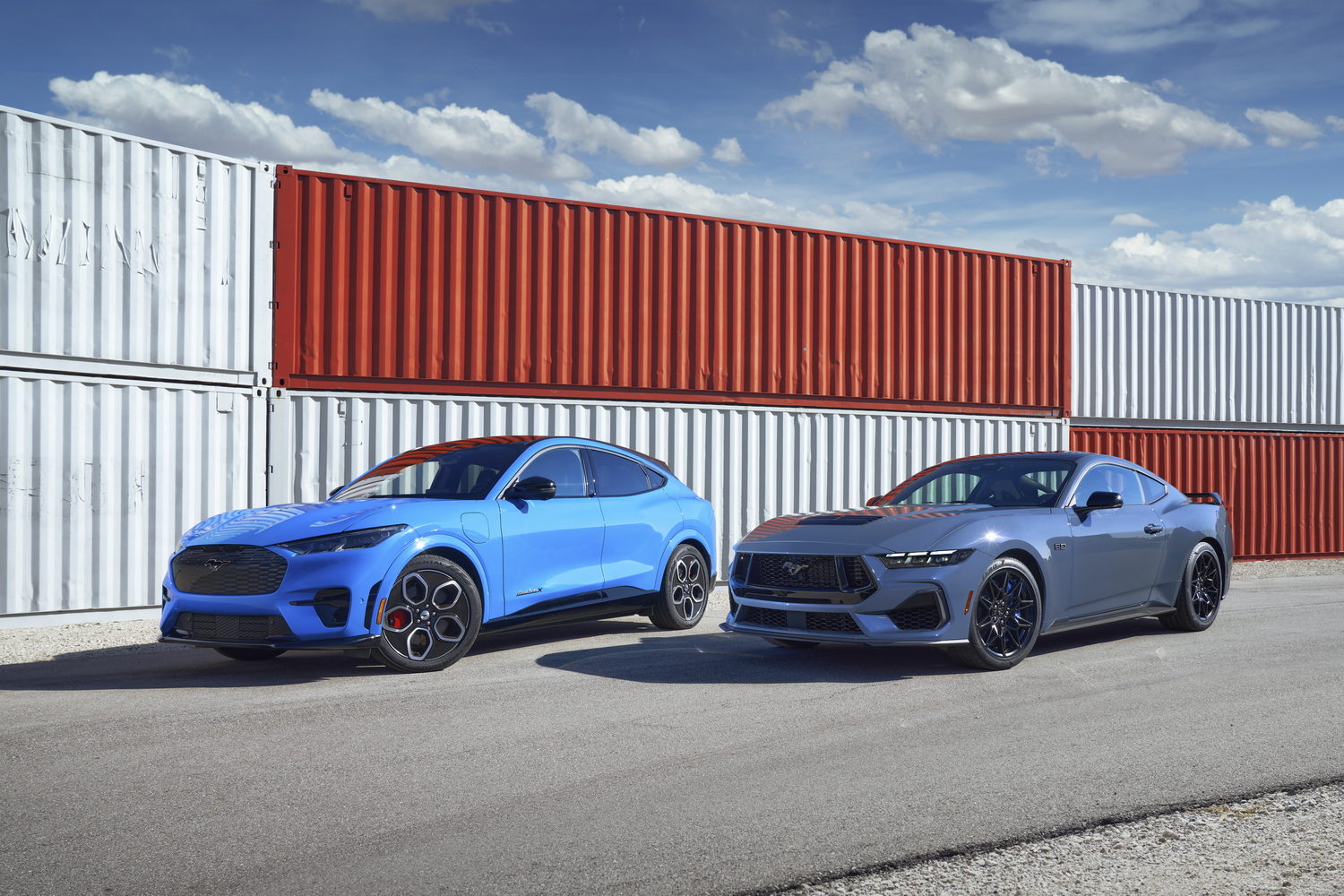 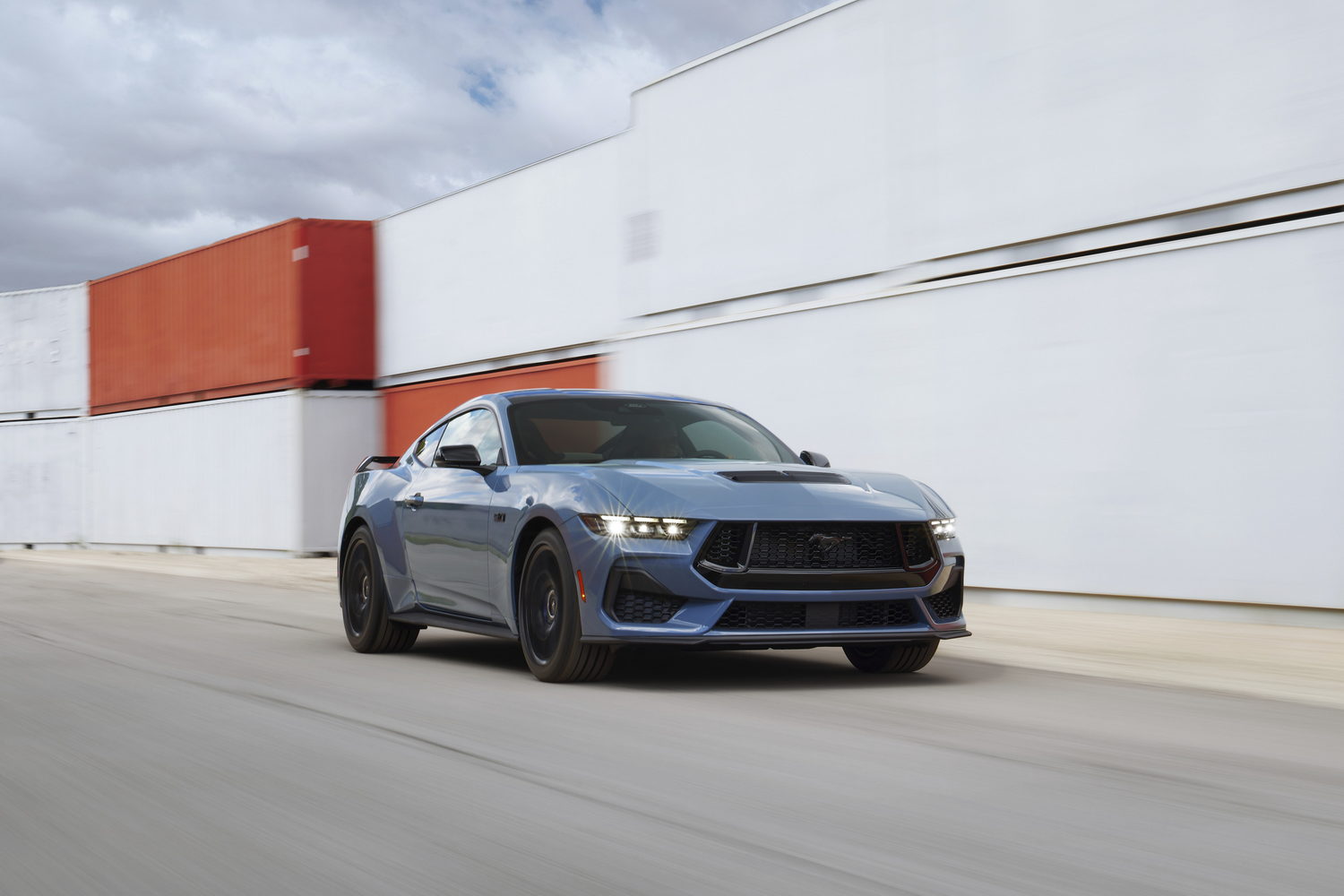 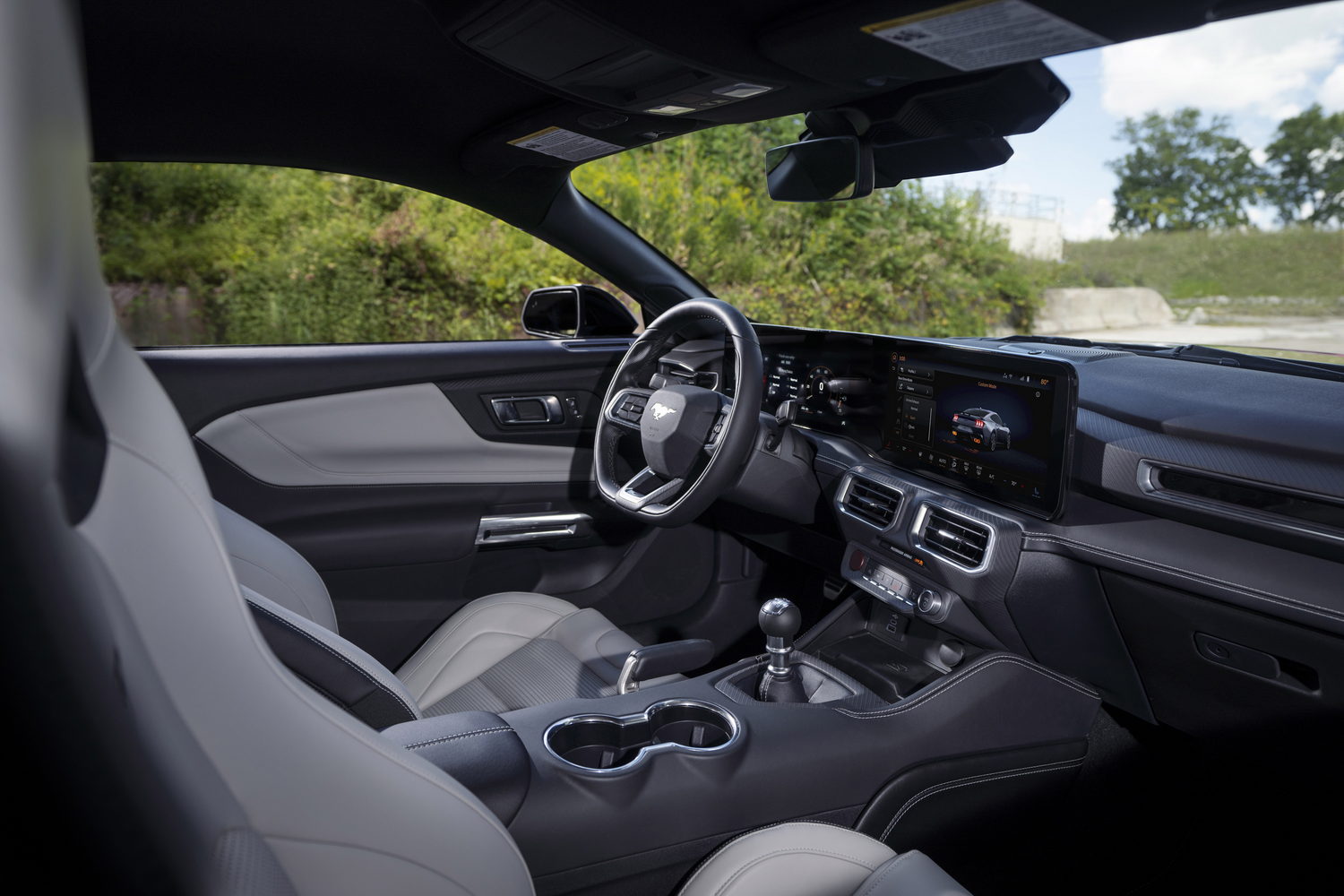 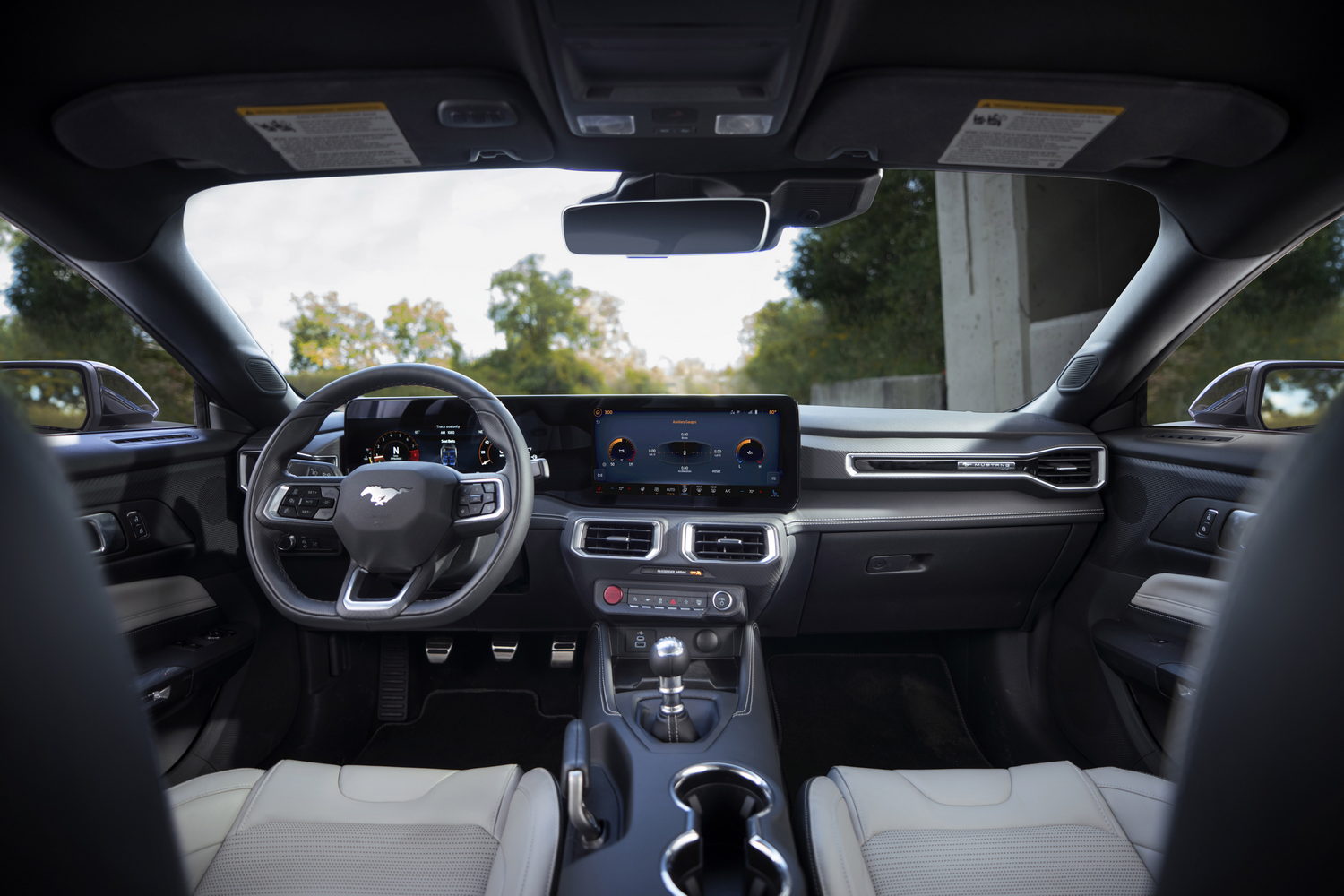 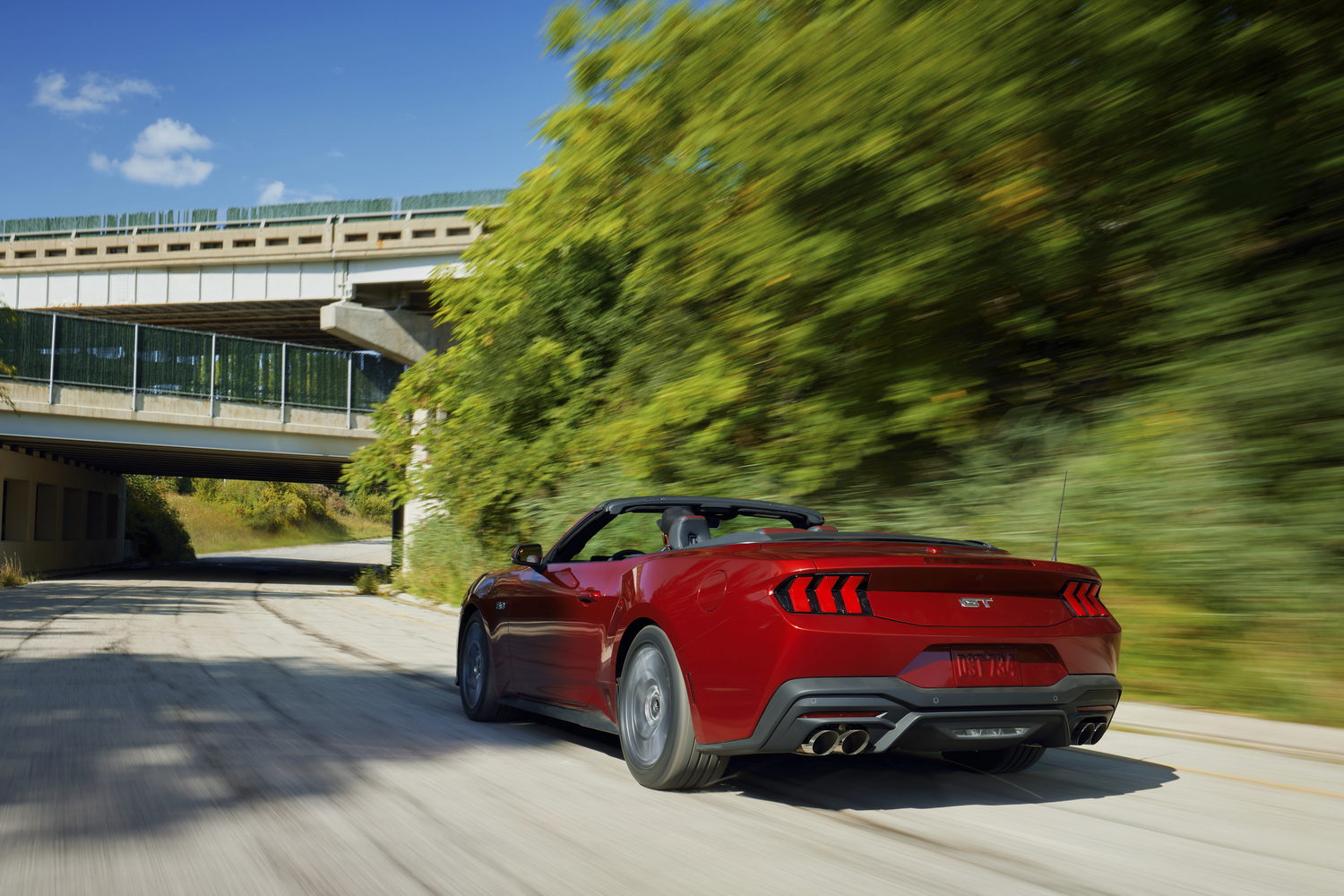 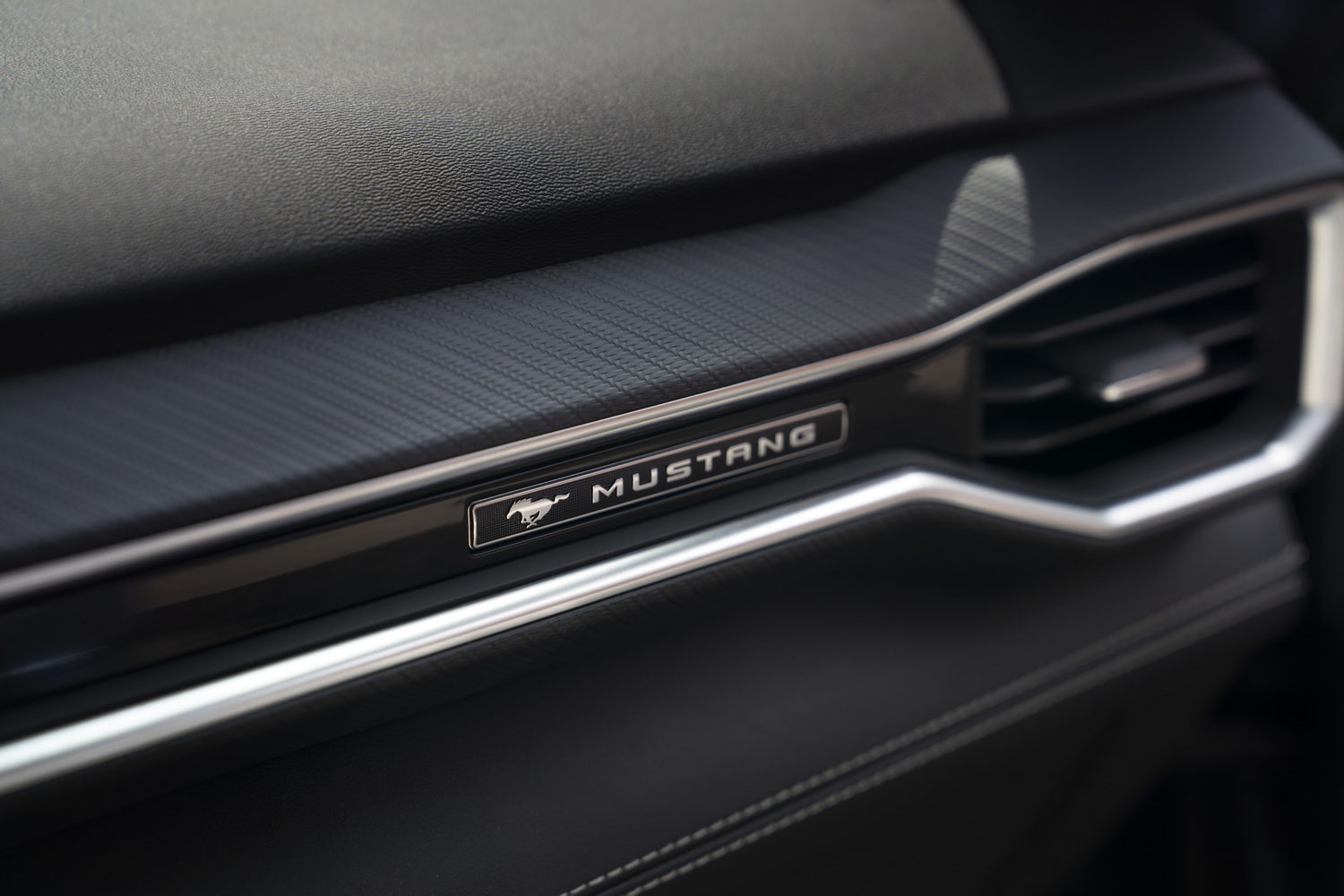 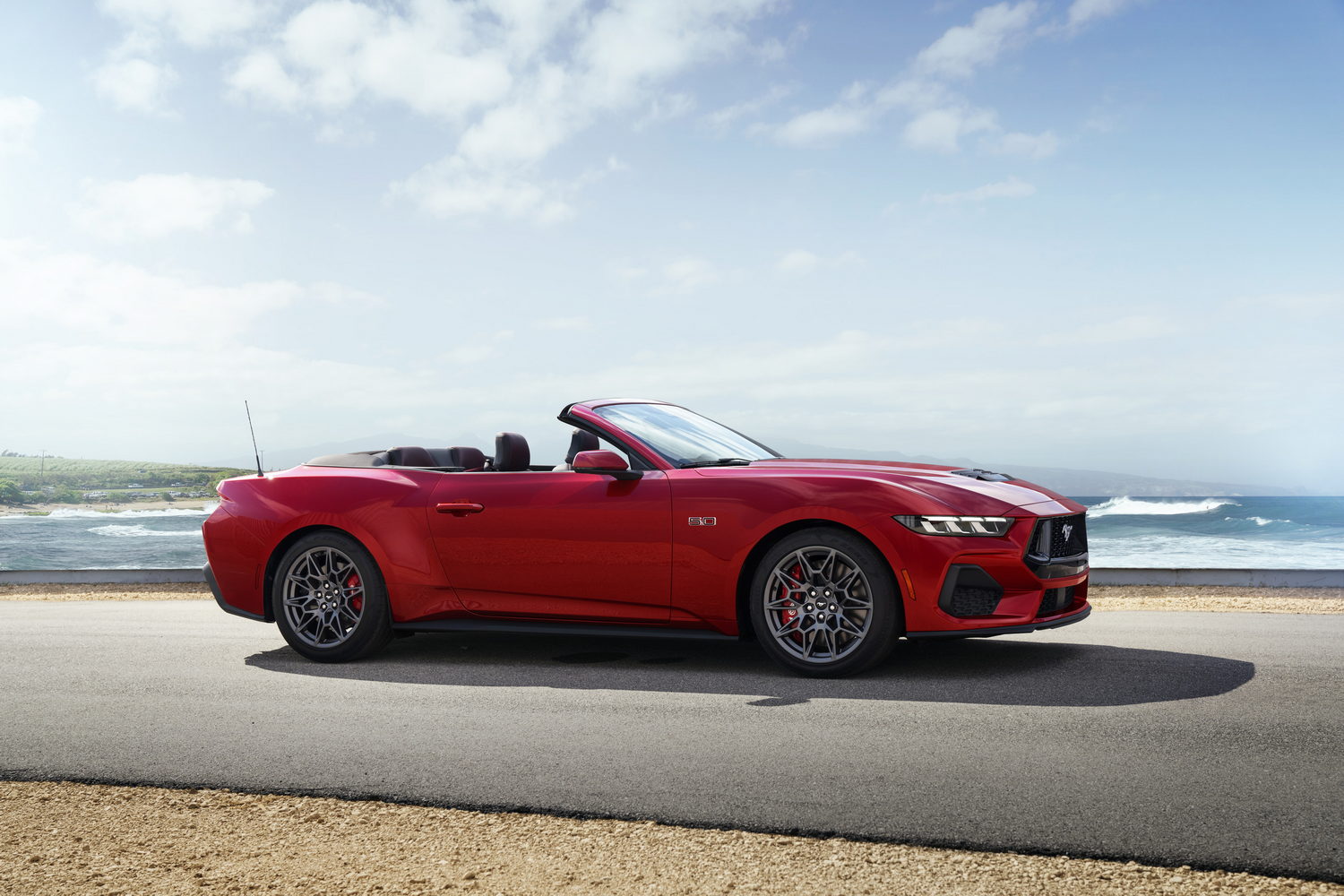 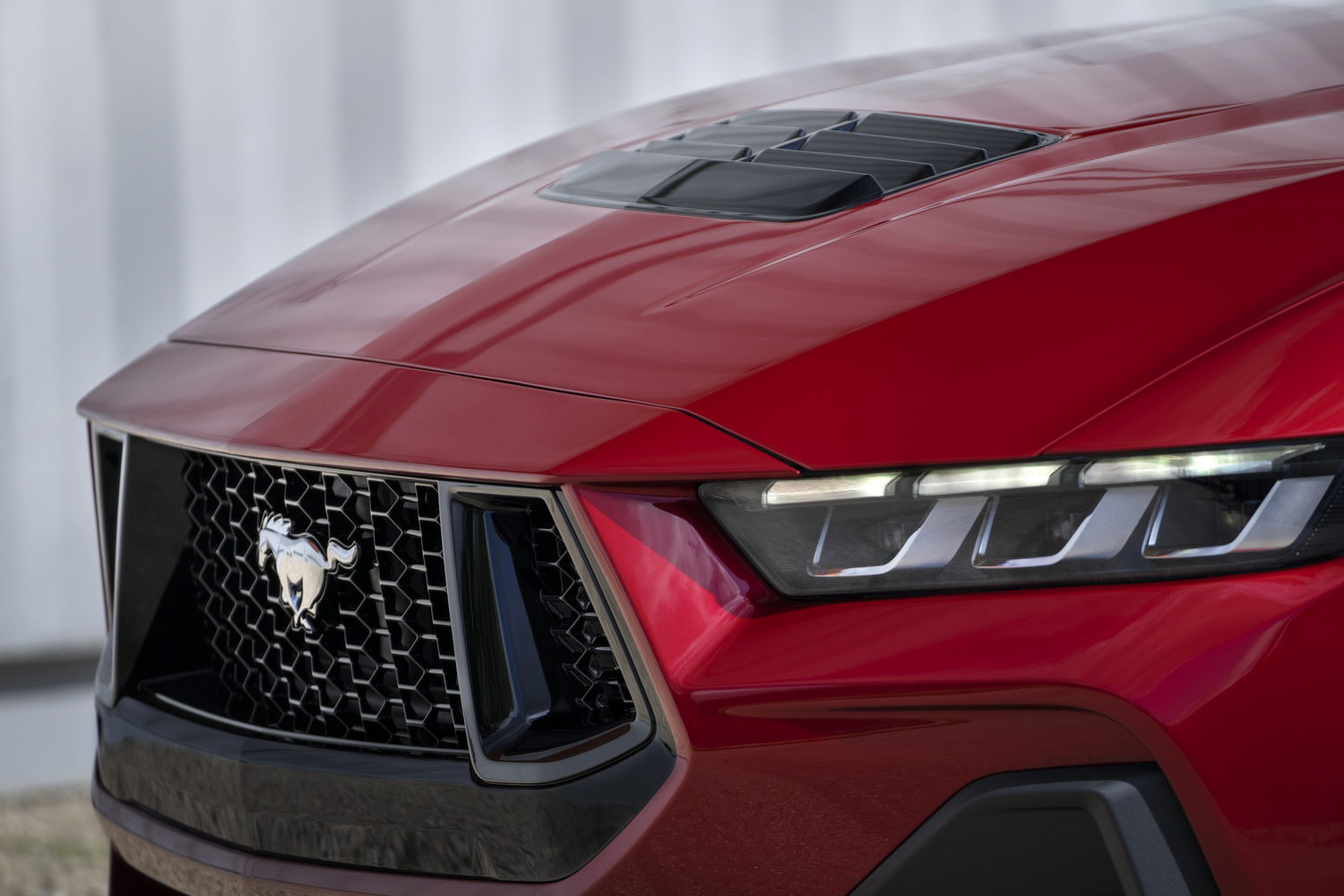 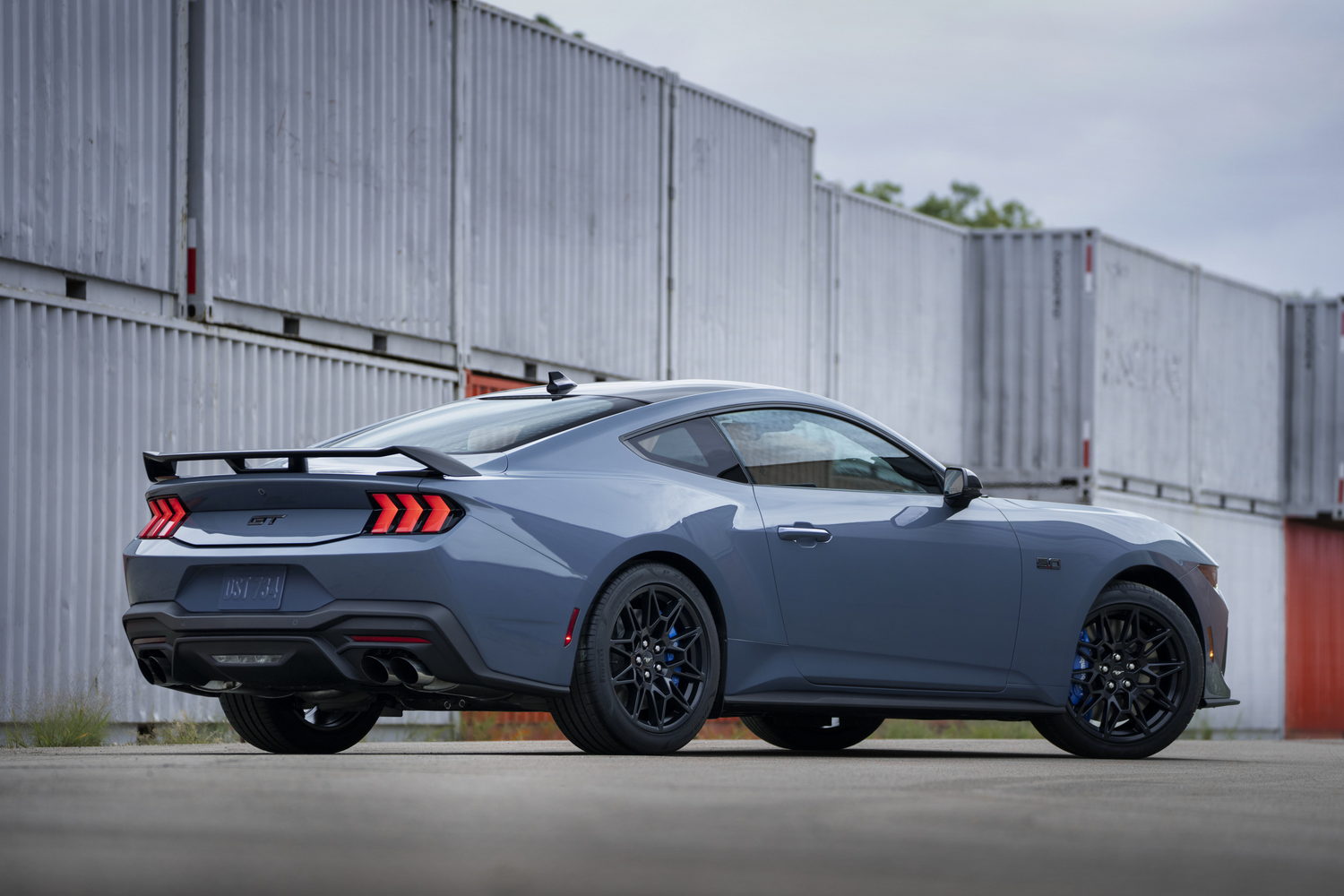 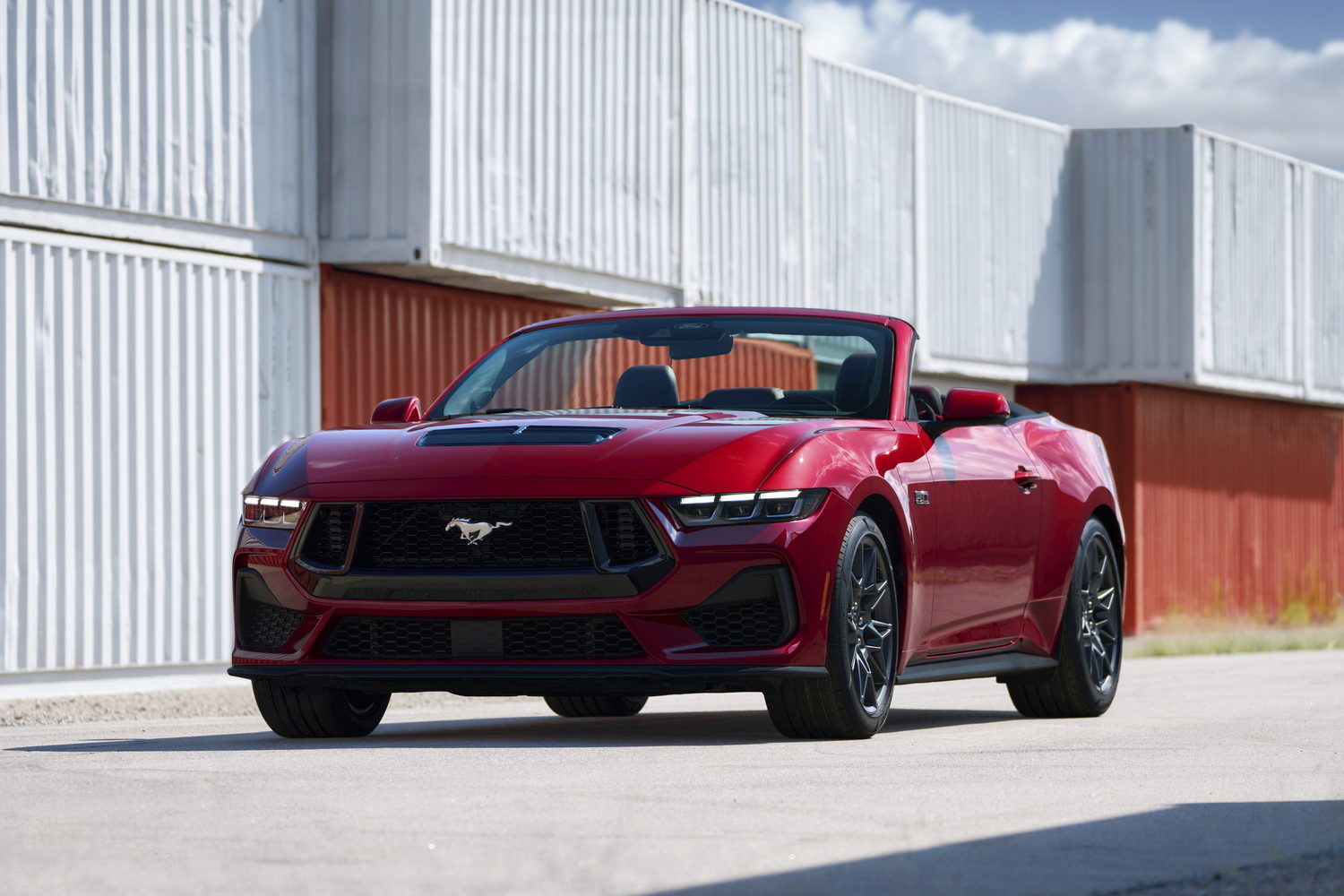 New Ford Mustang will come to Ireland, but special order only.

Ford has revealed the new, seventh-generation, Mustang coupe and convertible, and while this new model will come to Ireland in right-hand drive once again, it will likely be a 'special order only' model, rather than appearing properly on Irish price lists.

"Investing in another generation of Mustang is a big statement at a time when many of our competitors are exiting the business of internal combustion vehicles," said Jim Farley, CEO of Ford Motor Company at the new Mustang's launch event. "Ford, however, is turbocharging its ICE growth plan, adding connected technology, opinionated derivatives and hybrid options to our most profitable and popular cars - all in the Ford Blue family - on top of investing $50 billion in electric vehicles through 2026."

The Mustang won't get any of that $50 billion though, as the platform of the current model is being carried over, as are the two engines. That means that there won't be a hybrid, nor a fully-electric Mustang coupe (although of course Ford has already shown itself keen to expand the Mustang badge and brand out to other models, which can be electric...). The 2.3-litre EcoBoost turbocharged petrol four-cylinder engine gets some major revisions, including a new turbo and revised bore and stroke, but the 5.0-litre 'Coyote' V8 petrol engine is all-but unchanged. The 2.3 will come only with a ten-speed automatic gearbox, but the V8 can be had with a six-speed manual.

The styling is clearly an evolution of the previous Mustang, and retains classic throwbacks to the 1964 original and the 1968 second-generation model. This time around, the two engines come with slightly different body styling, with the V8 GT versions receiving a more aggressive grille treatment, bonnet vents, a front splitter and a bigger rear bumper and diffuser. "The GT has unique styling cues that deliver on their promise of Mustang Performance," said Christopher Walter, Ford Mustang design manager. "The new Mustang is more chiselled and edgier, leaning into Mustang's classic brawniness and timelessness."

Inside, the Mustang has been given a new curved digital dash display, which pairs a 12.4-inch instrument panel with a 13.2-inch infotainment screen. The screens use Ford's latest SYNC4 software and are claimed to incorporate cutting-edge computer game technology to 'visualise' the car's setup when you twiddle with the settings. The instruments can also be changed to look like classic Mustang dials. Sadly, the physical air conditioning controls have been binned, and those controls are now on the screen too... "We knew what customers wanted and designed the most digital Mustang ever while retaining the all-important driver-focused cockpit," said Ricardo Garcia, Ford interior design manager. "Removing some of these physical buttons, such as radio and climate control, and integrating them into a digital display was popular in research with Millennials, Gen-Z and traditional Mustang drivers alike."

The electronic driving aids suite also includes a five-mode selection of Normal, Sport, Slippery, Drag or Track for the traction and stability controls, while there's once again a 'Line Lock' feature that holds the front brakes on and allows you to do smoky tyre burnouts. The steering has also been quickened, and the optional MagnaRide adaptive dampers make a return.

There's even a 'drift brake', which Ford says gives you: "the rear-wheel drive drifting capability of Mustang with the visual appeal and functionality of a traditional, mechanical handbrake. The Performance Electronic Parking Brake is engineered for both novice drivers to learn and improve their drift skills and providing expert drivers with a competition-ready system."

The Dark Horse version comes with blacked-out exterior trim, Blue Ember metallic paint and unique cabin trim. The Dark Horse and the Performance Pack are also going to be the springboards for a return to the racetrack, and the new Mustang will spawn racing versions for GT3, GT4 and NASCAR - meaning that there's a slim chance this Mustang might bring Ford back to Le Mans.

Ford has sold 10 million Mustangs since the first version was launched in 1964. Will this latest model continue that success story? Or has the Mustang already been usurped by rival Dodge's all-electric Charger concept, which is likely to reach production in the next few years?