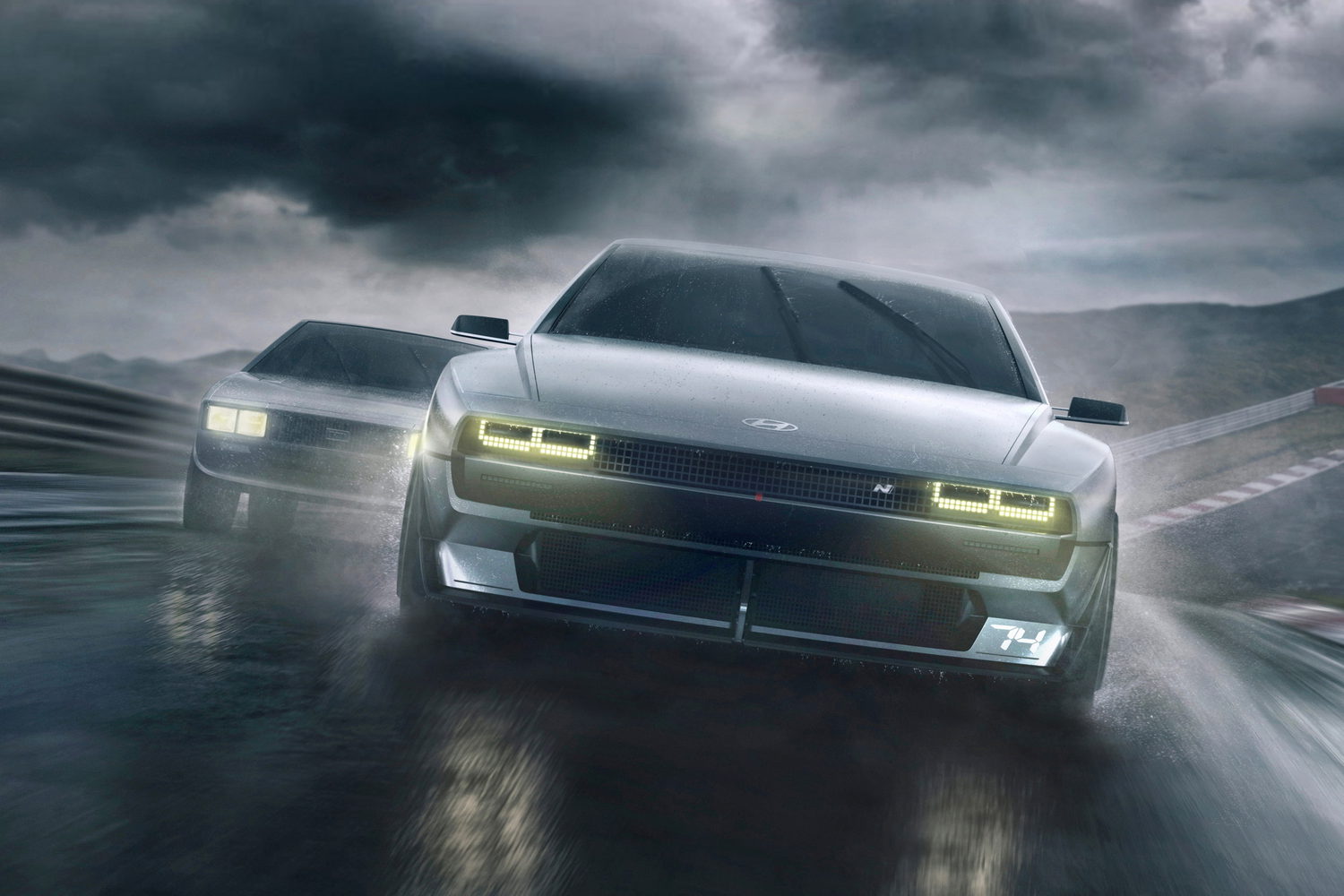 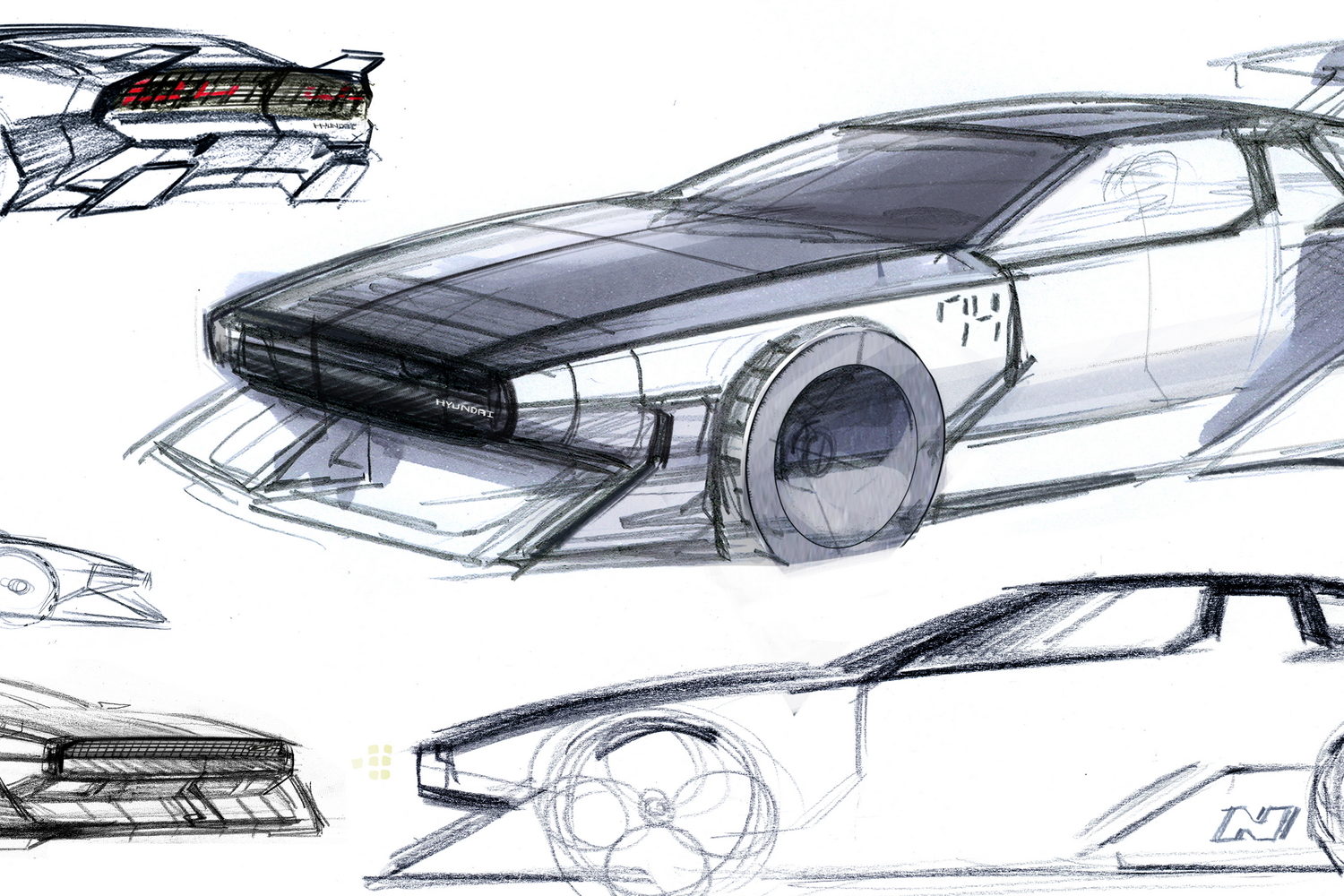 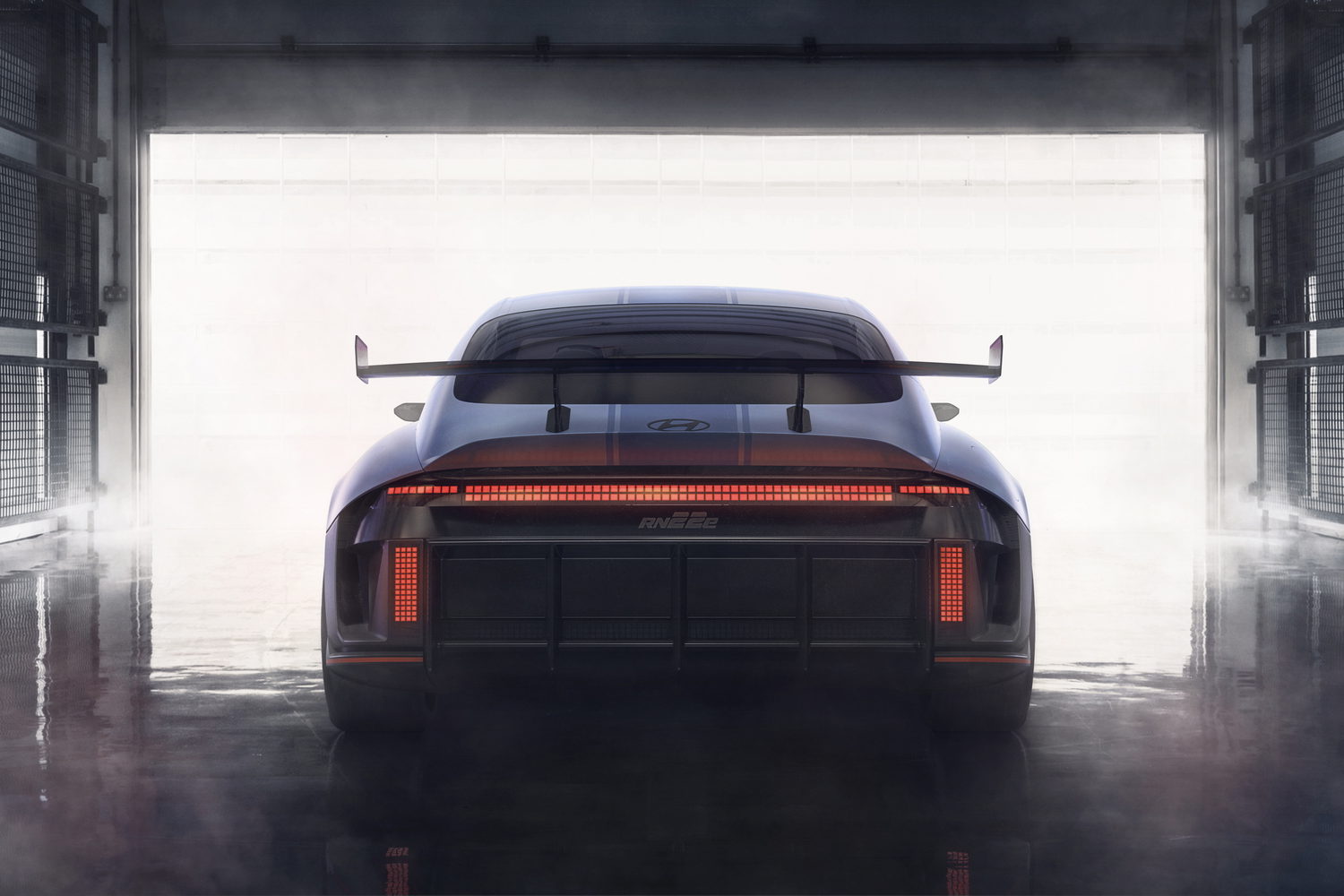 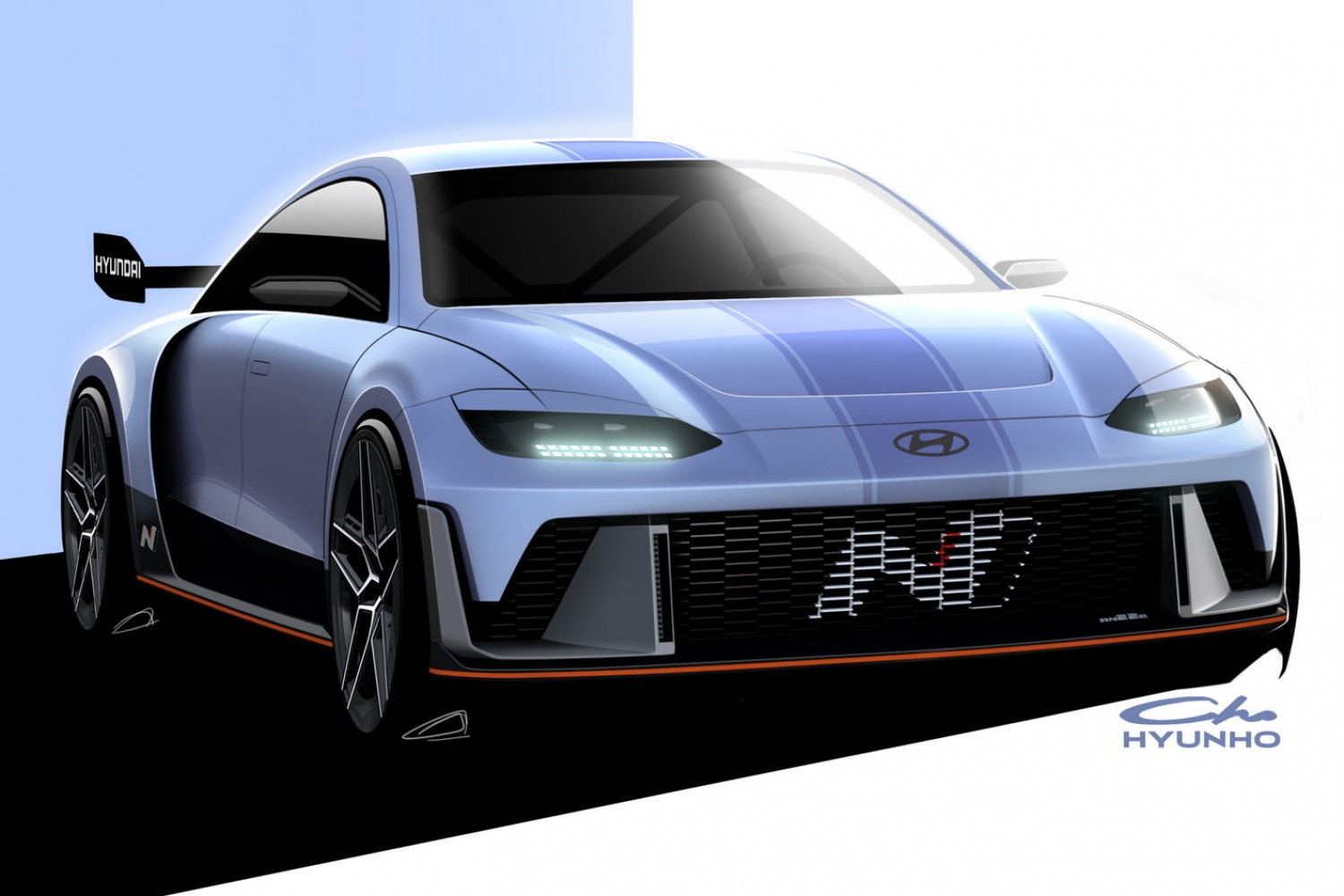 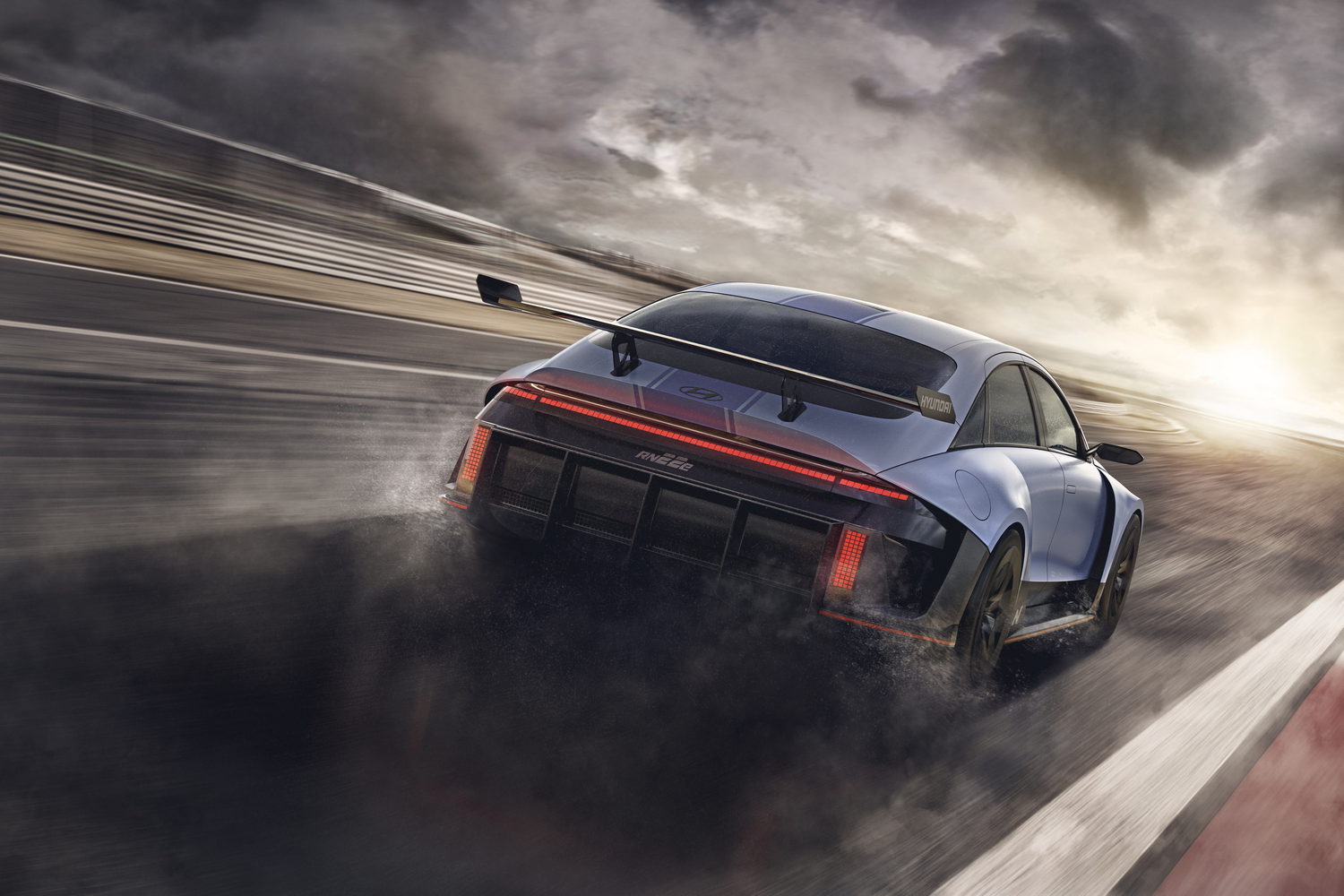 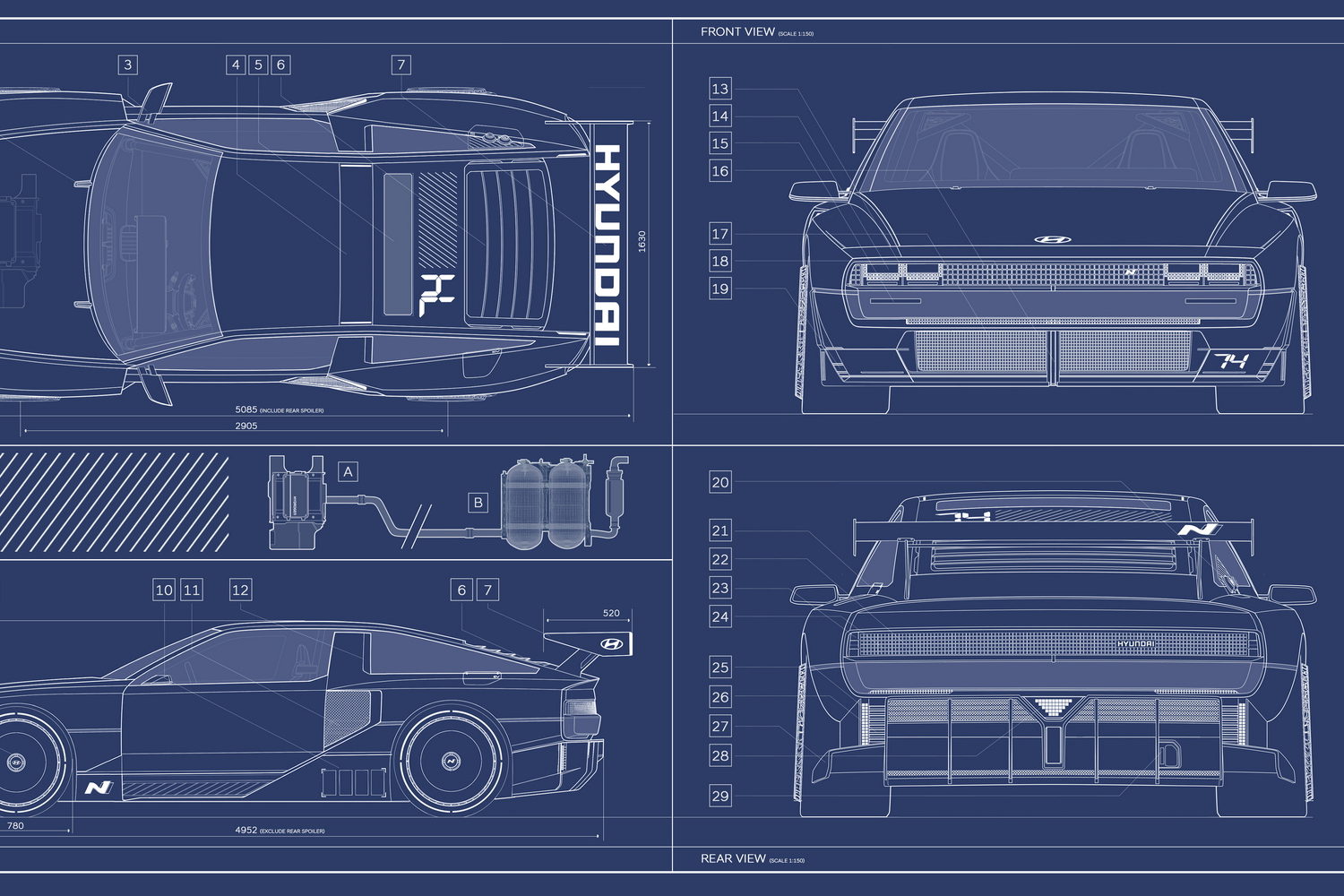 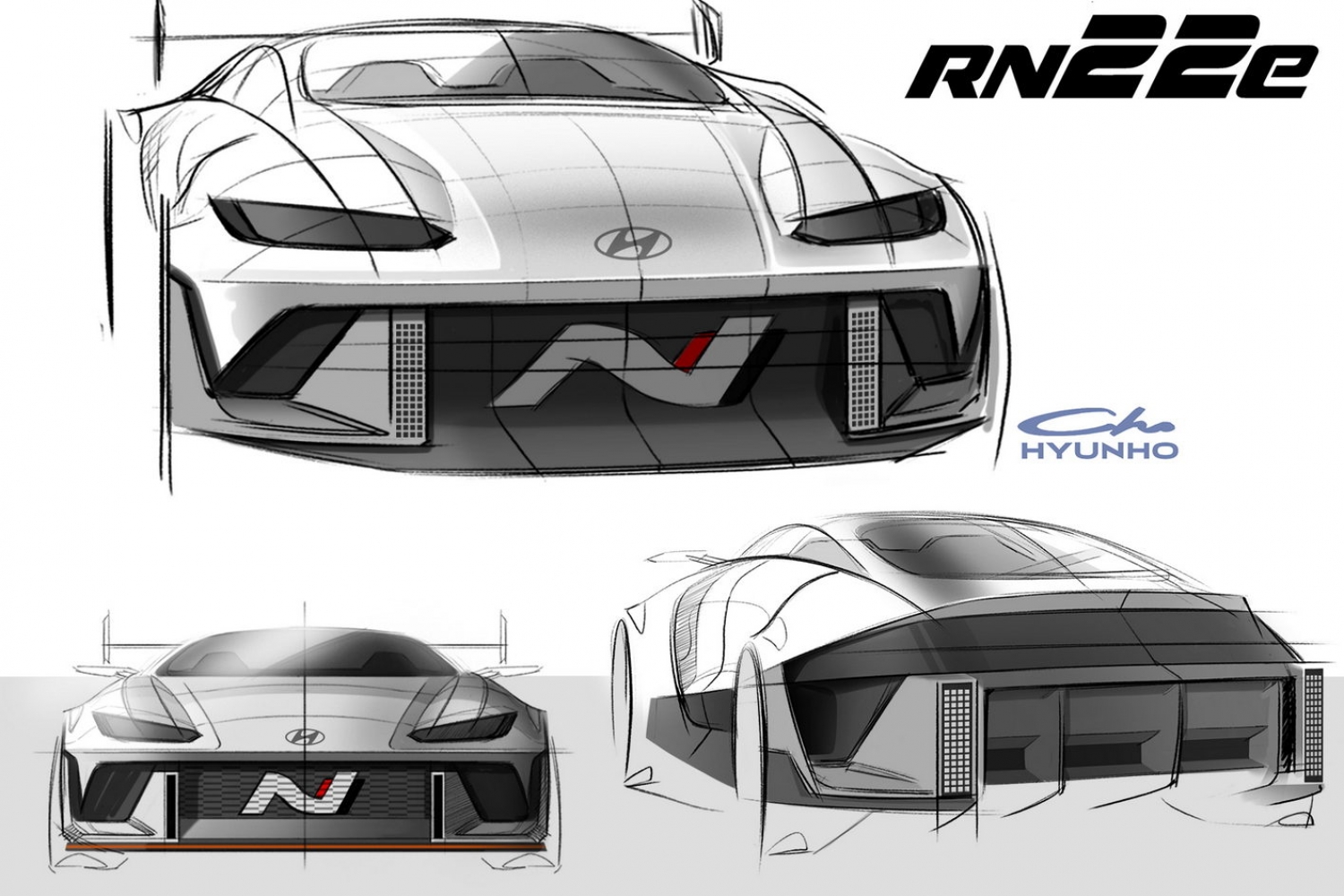 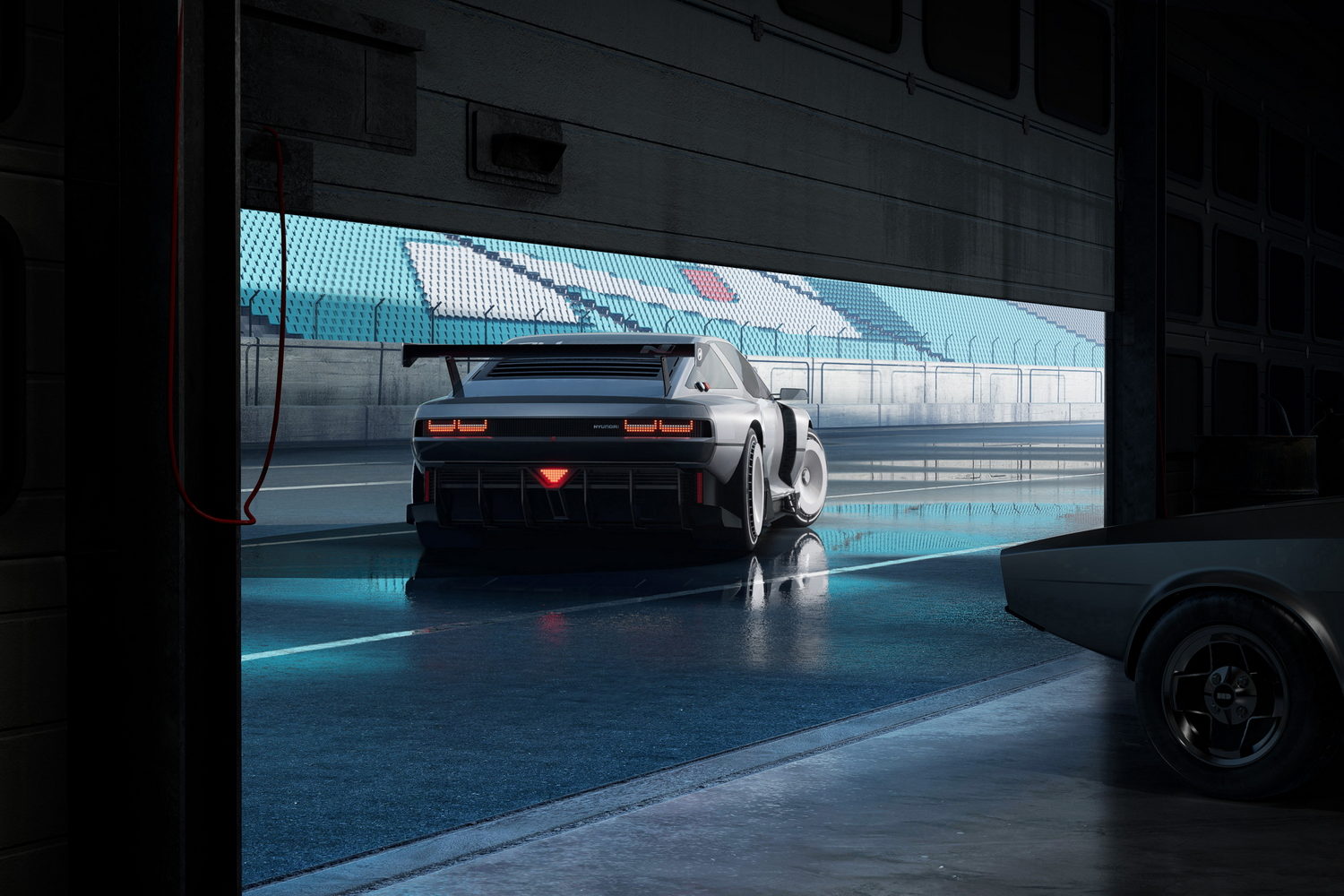 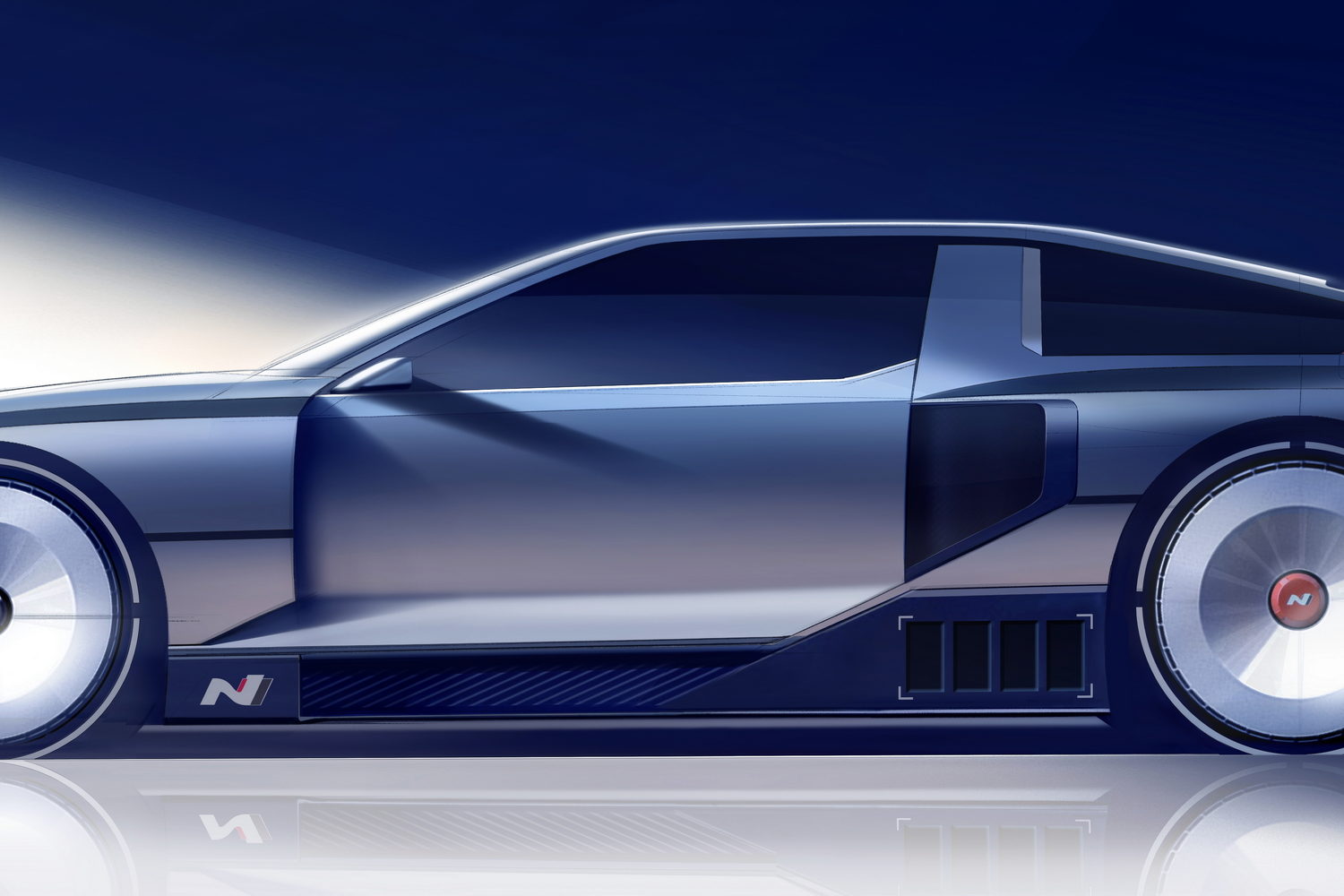 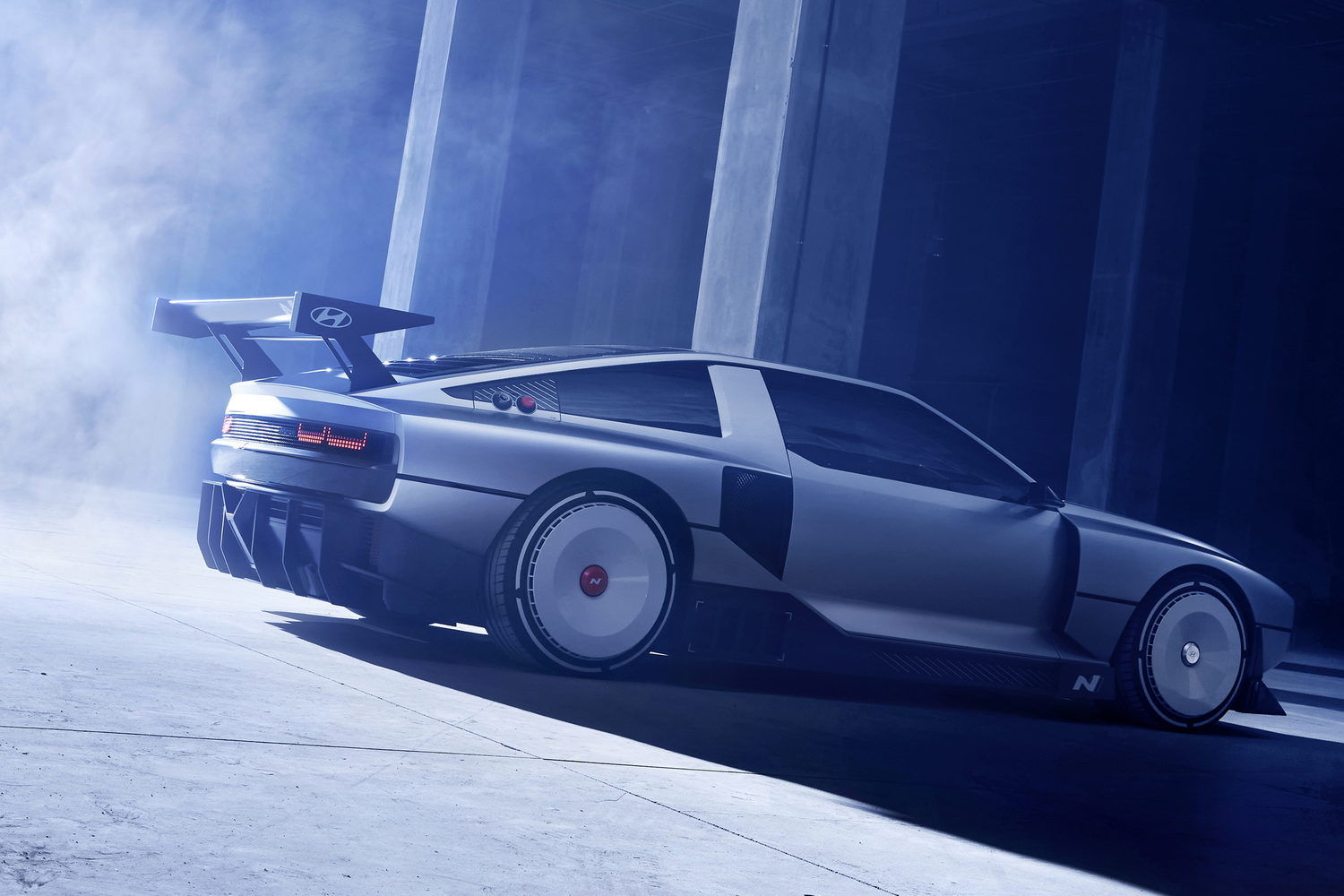 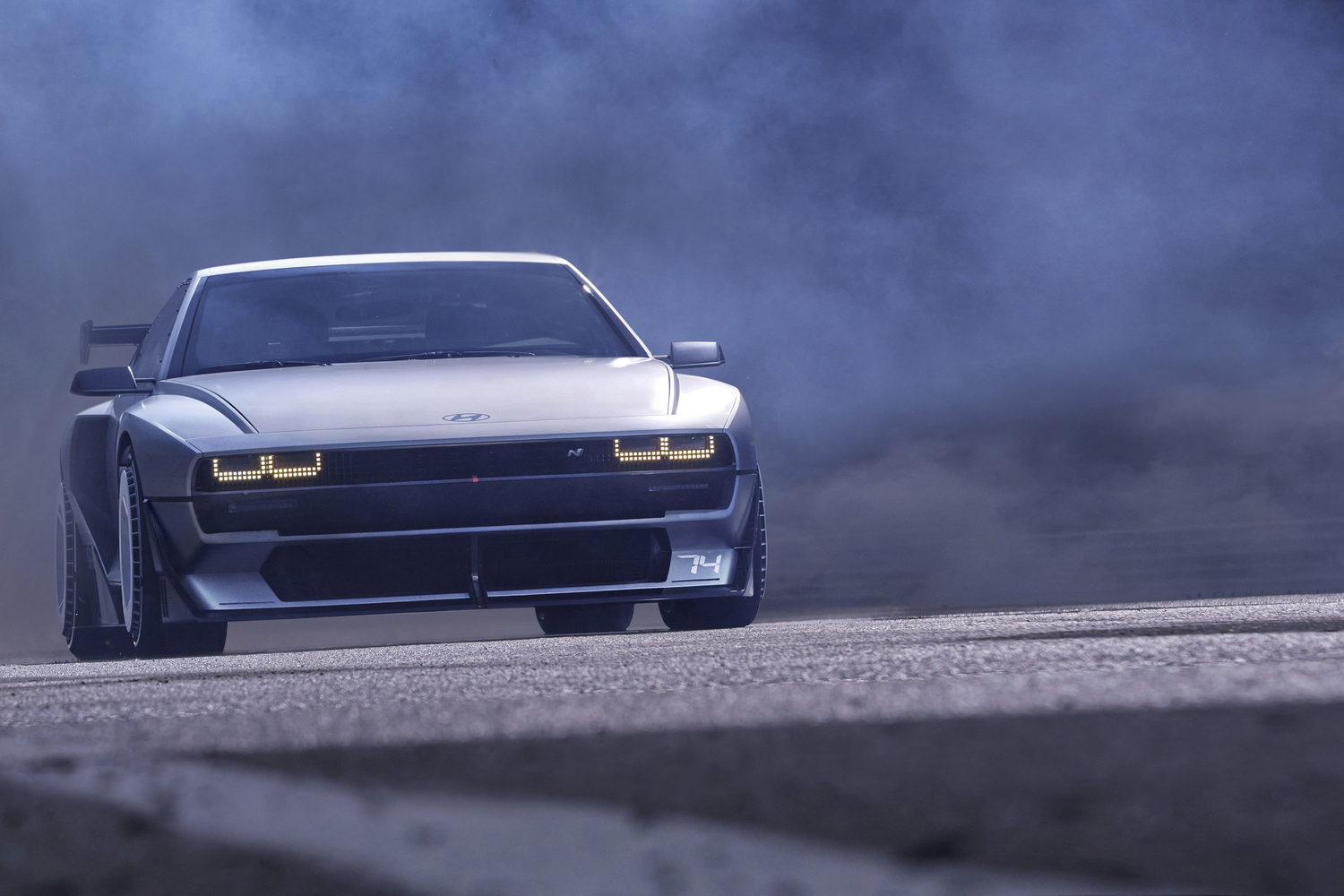 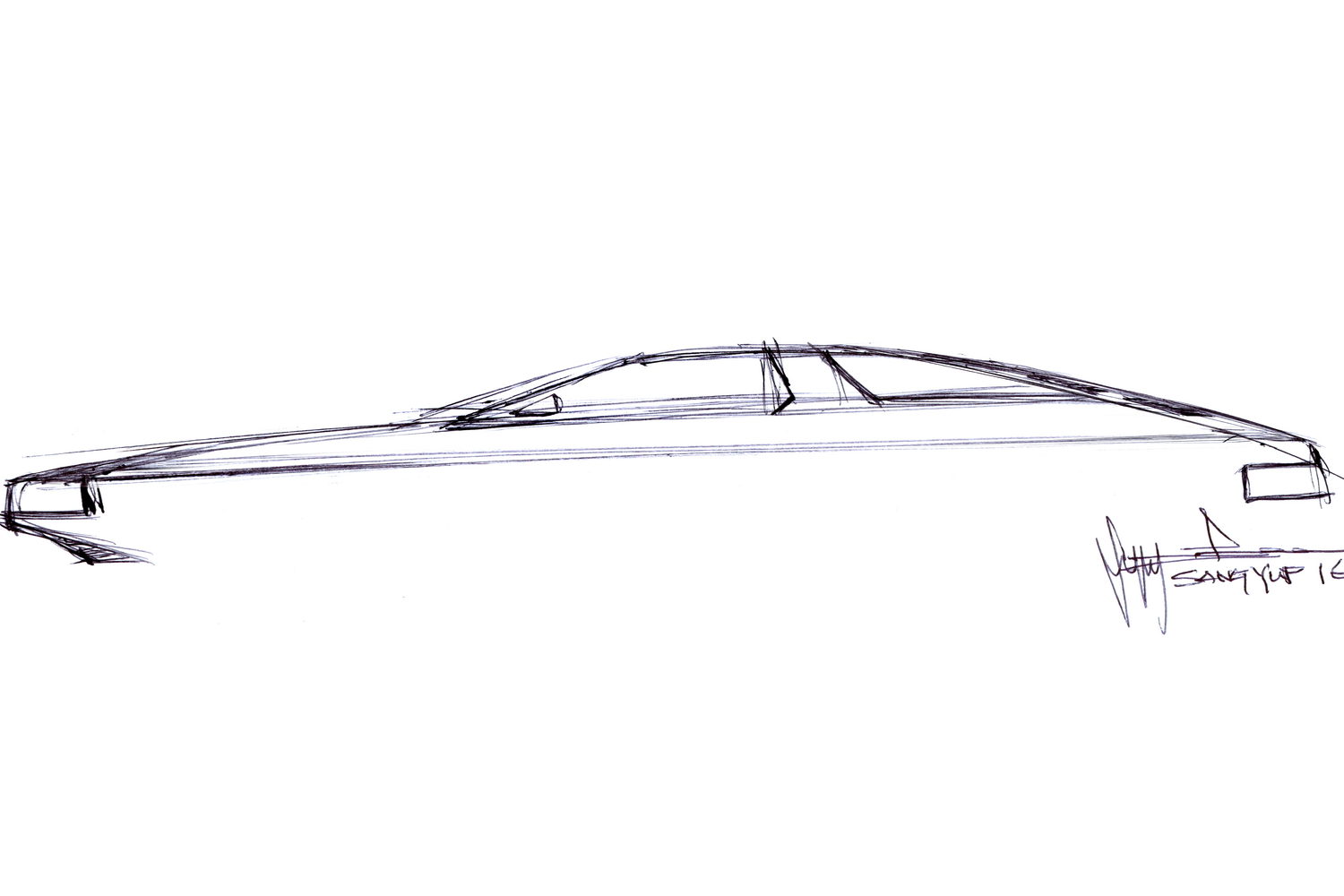 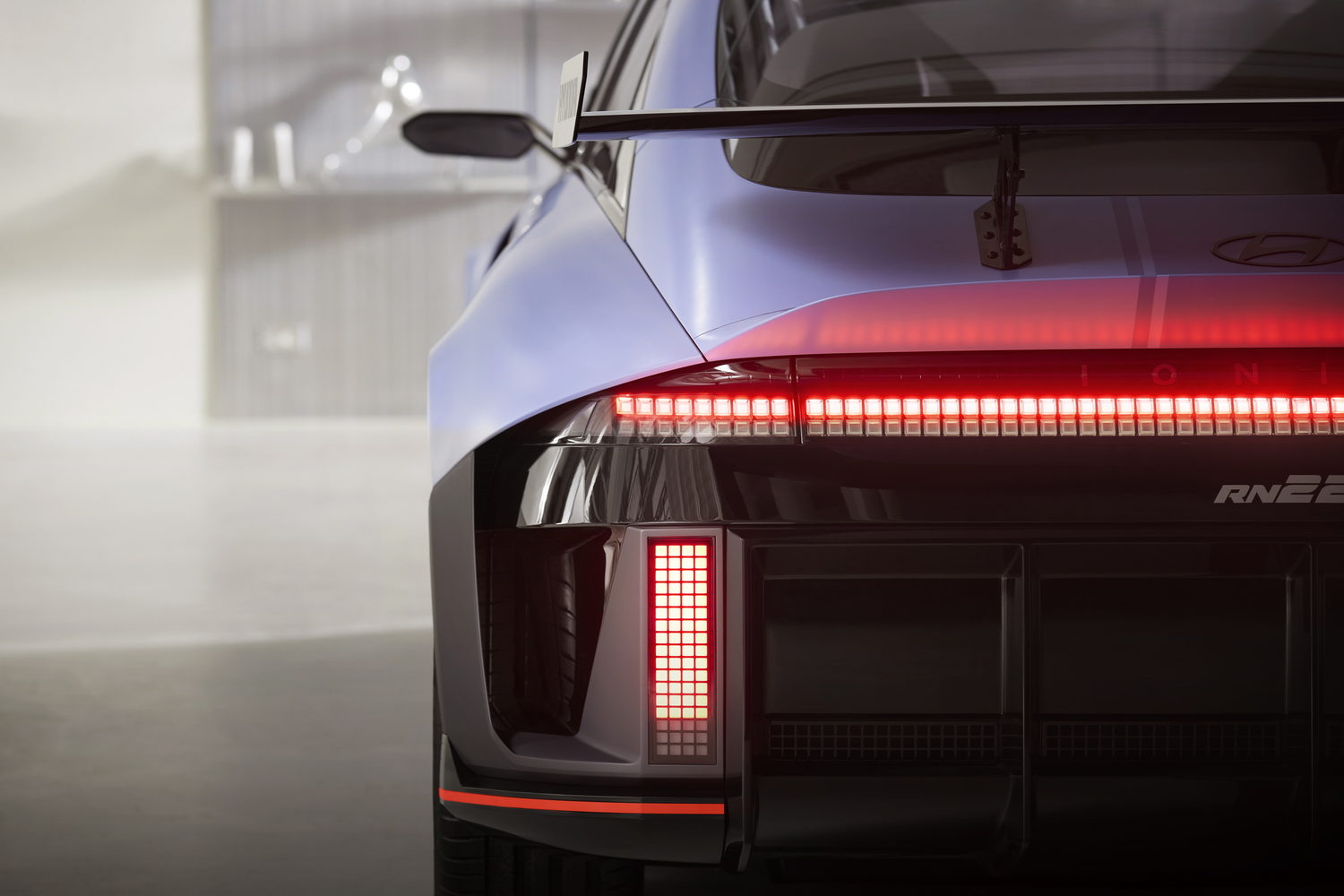 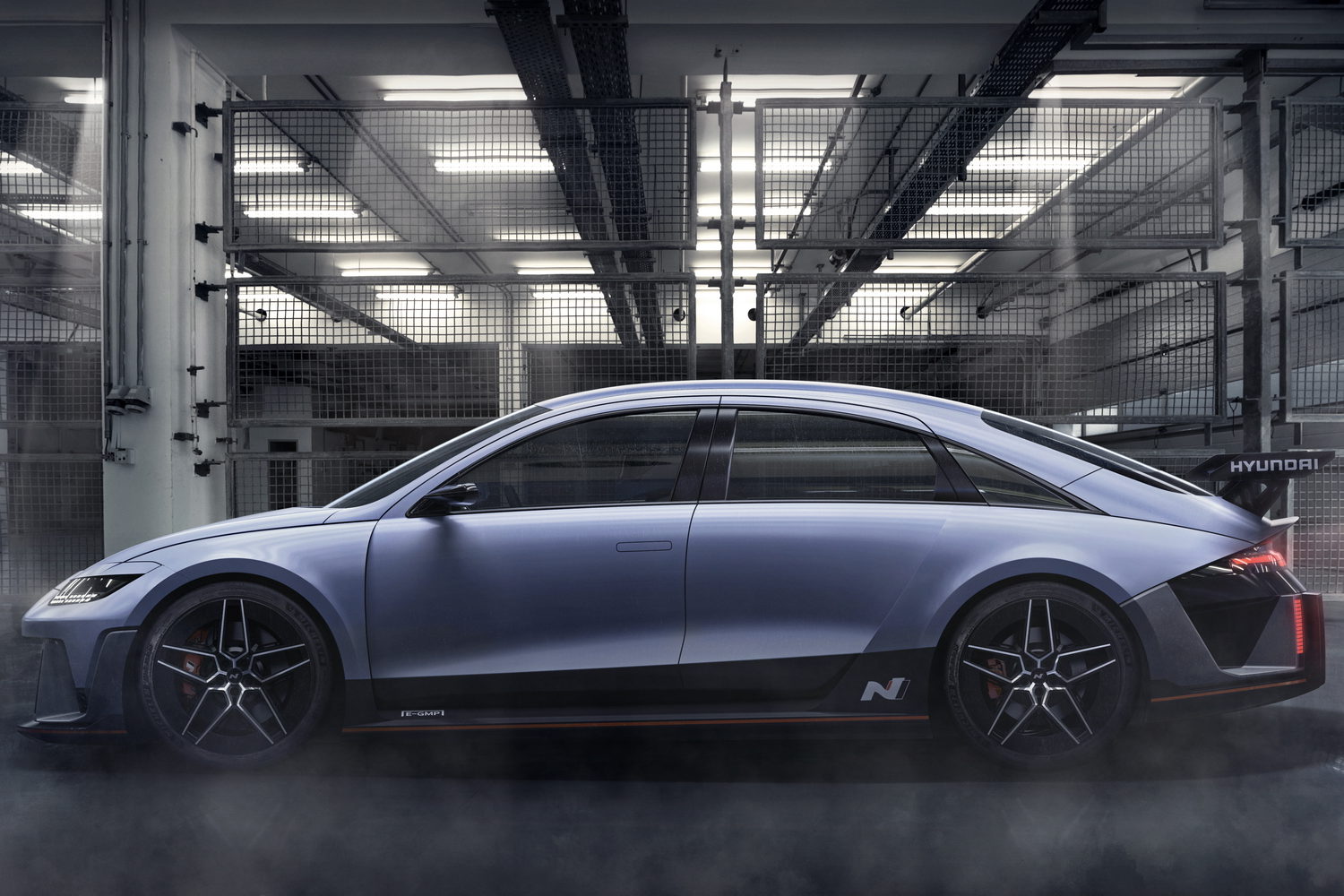 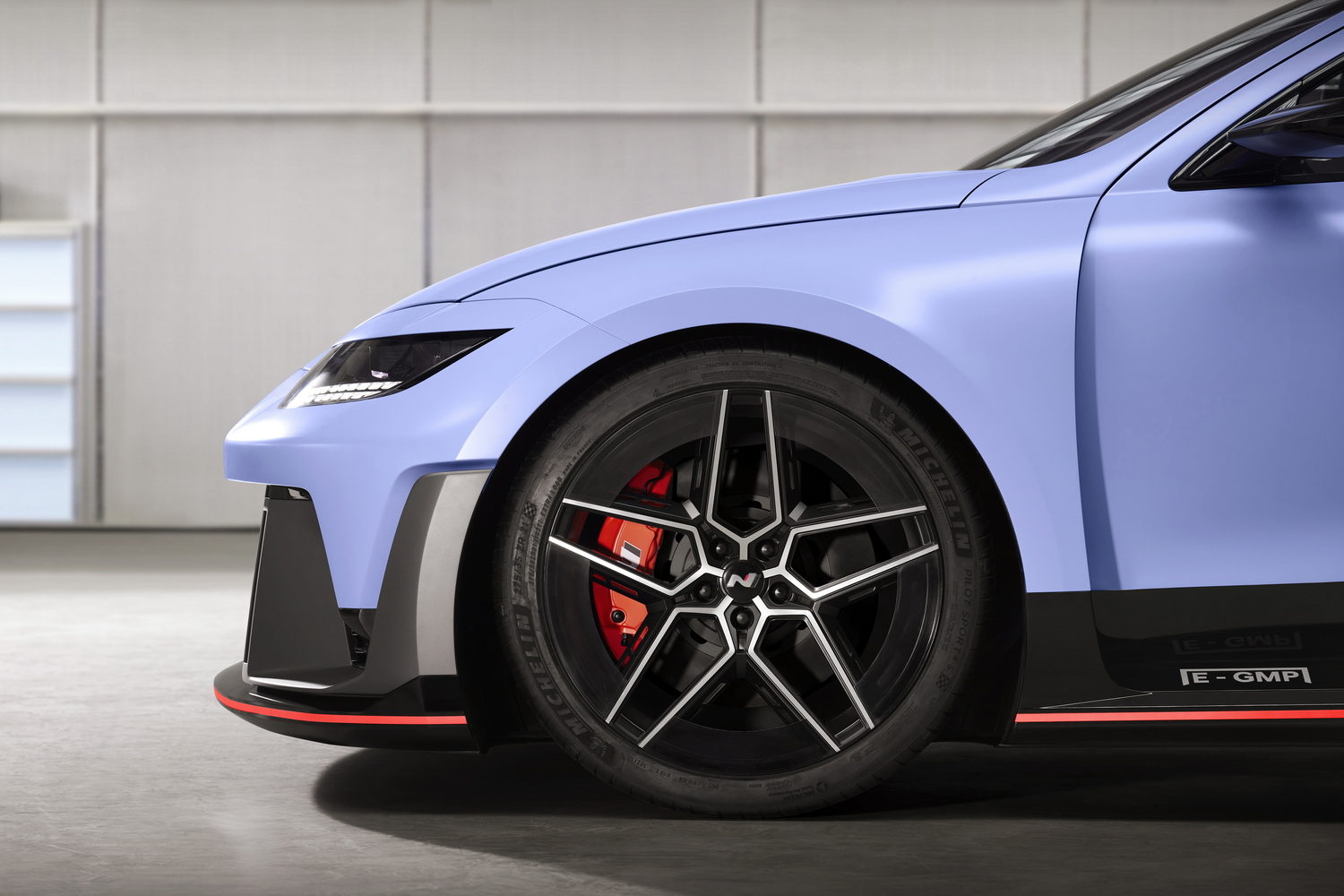 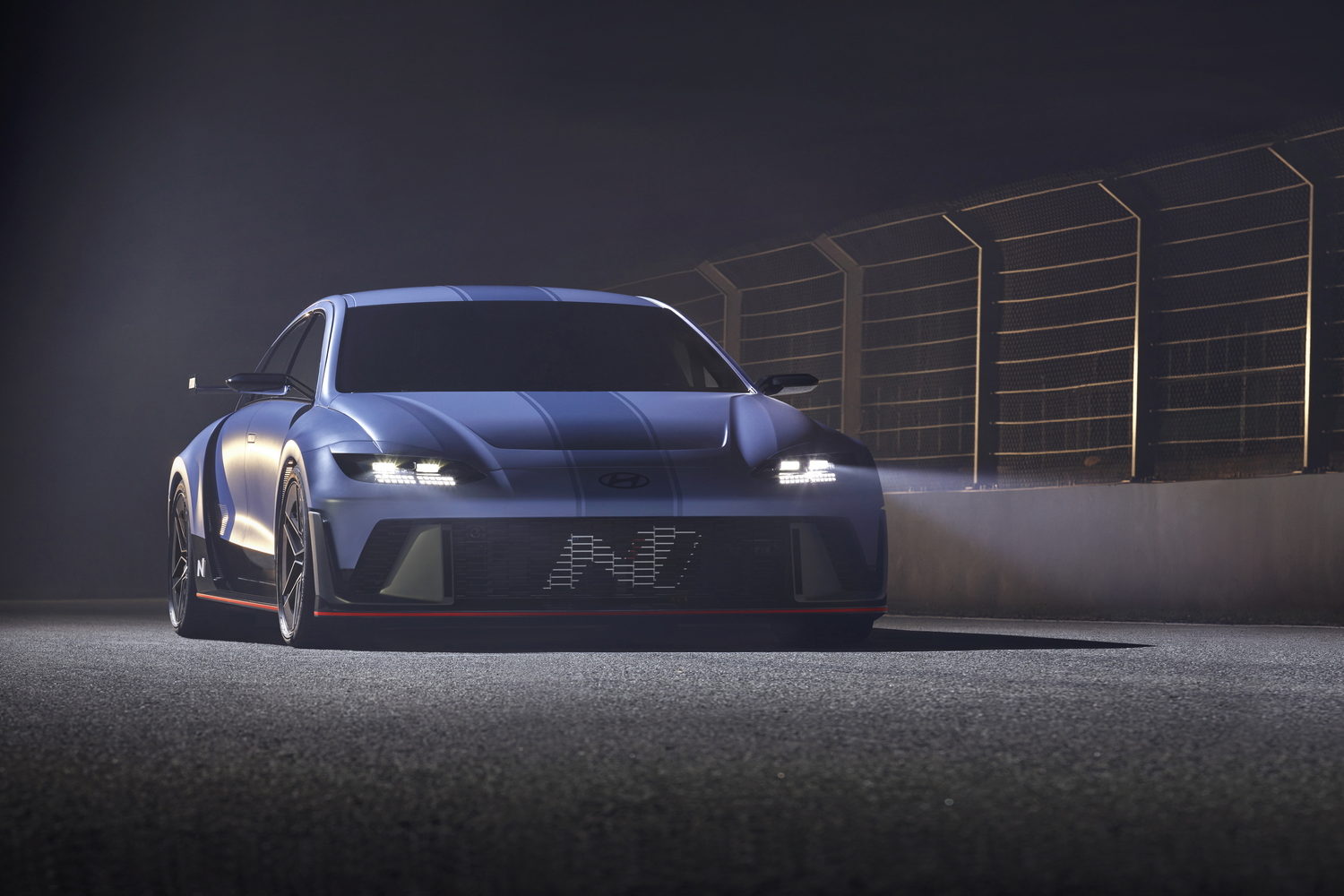 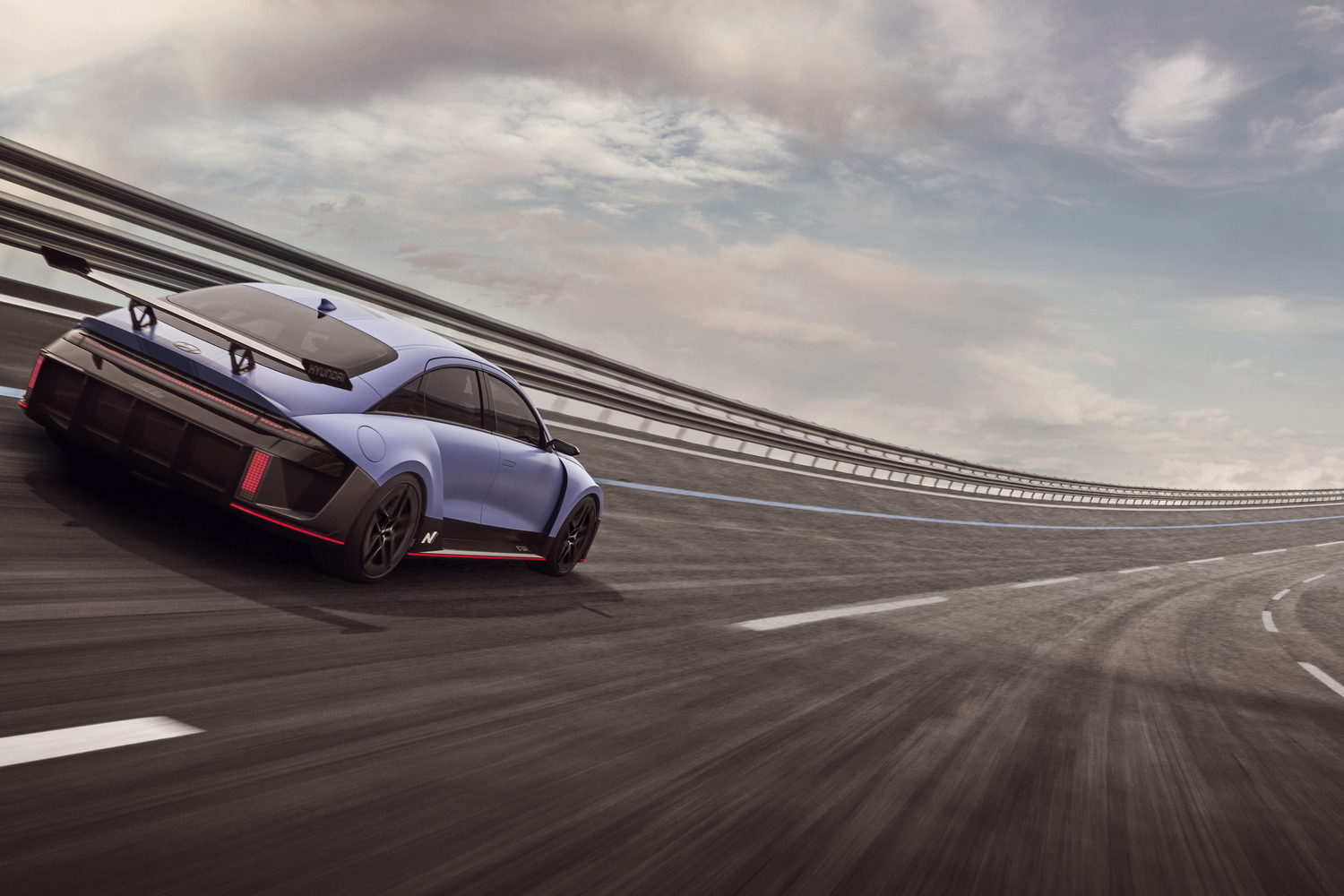 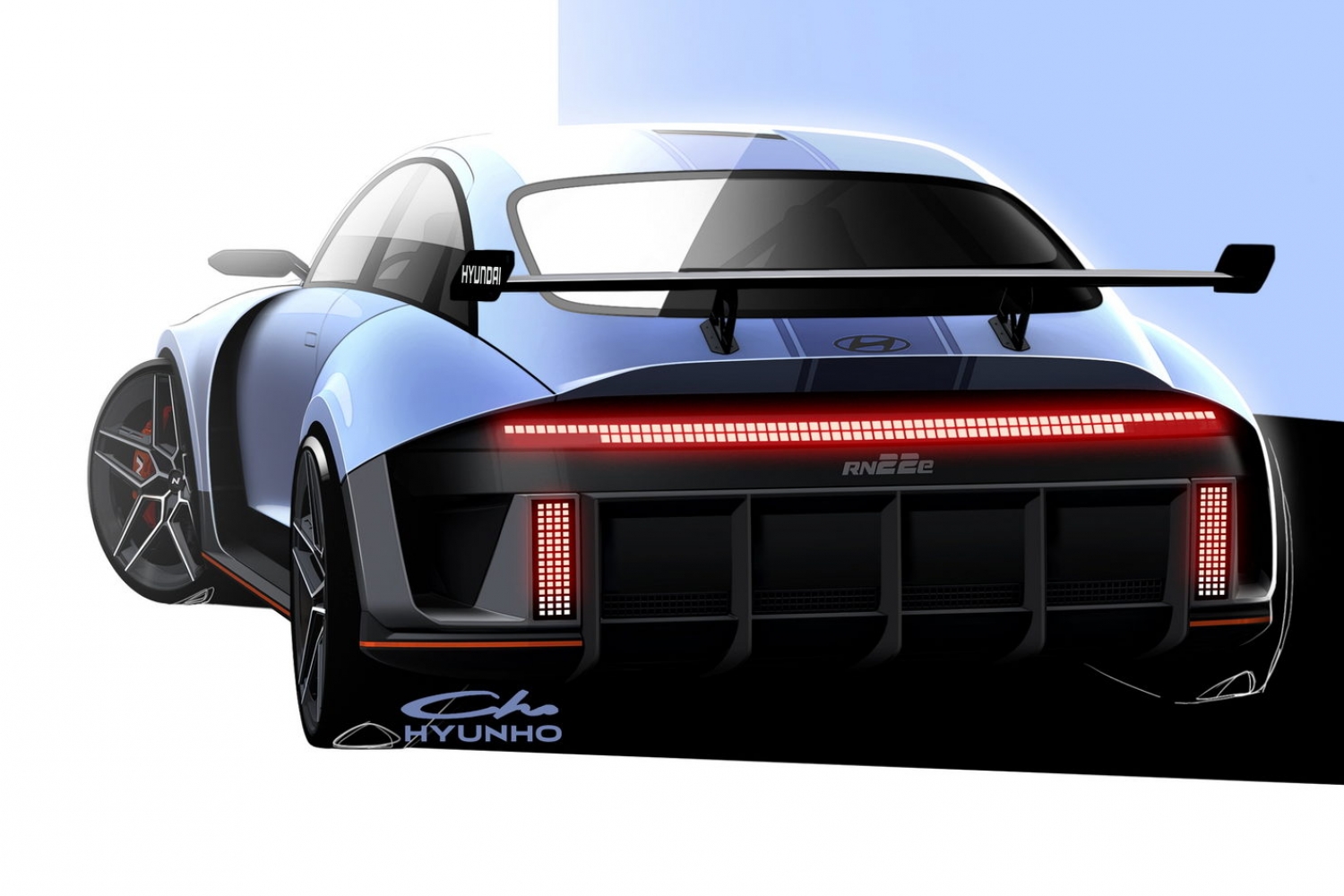 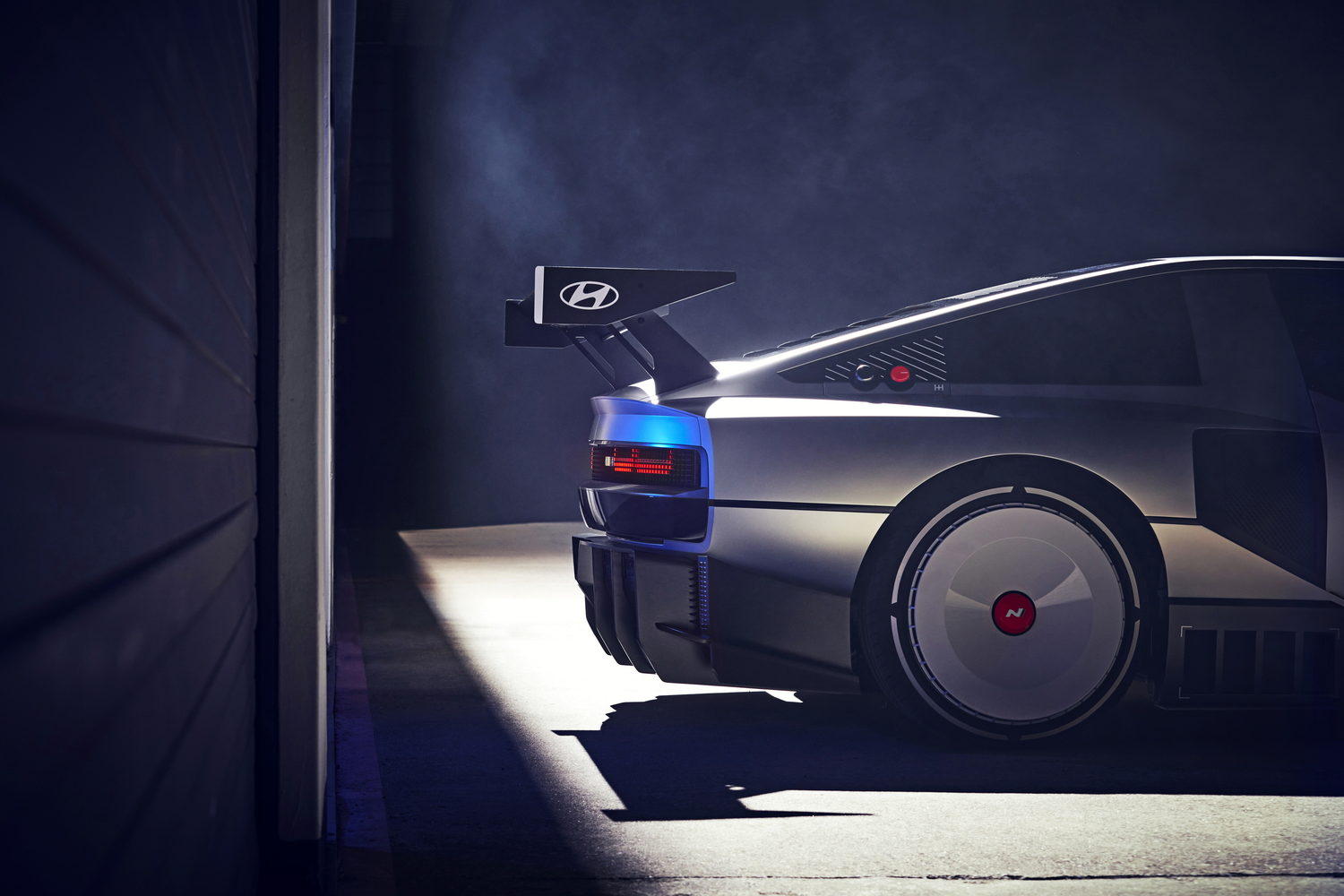 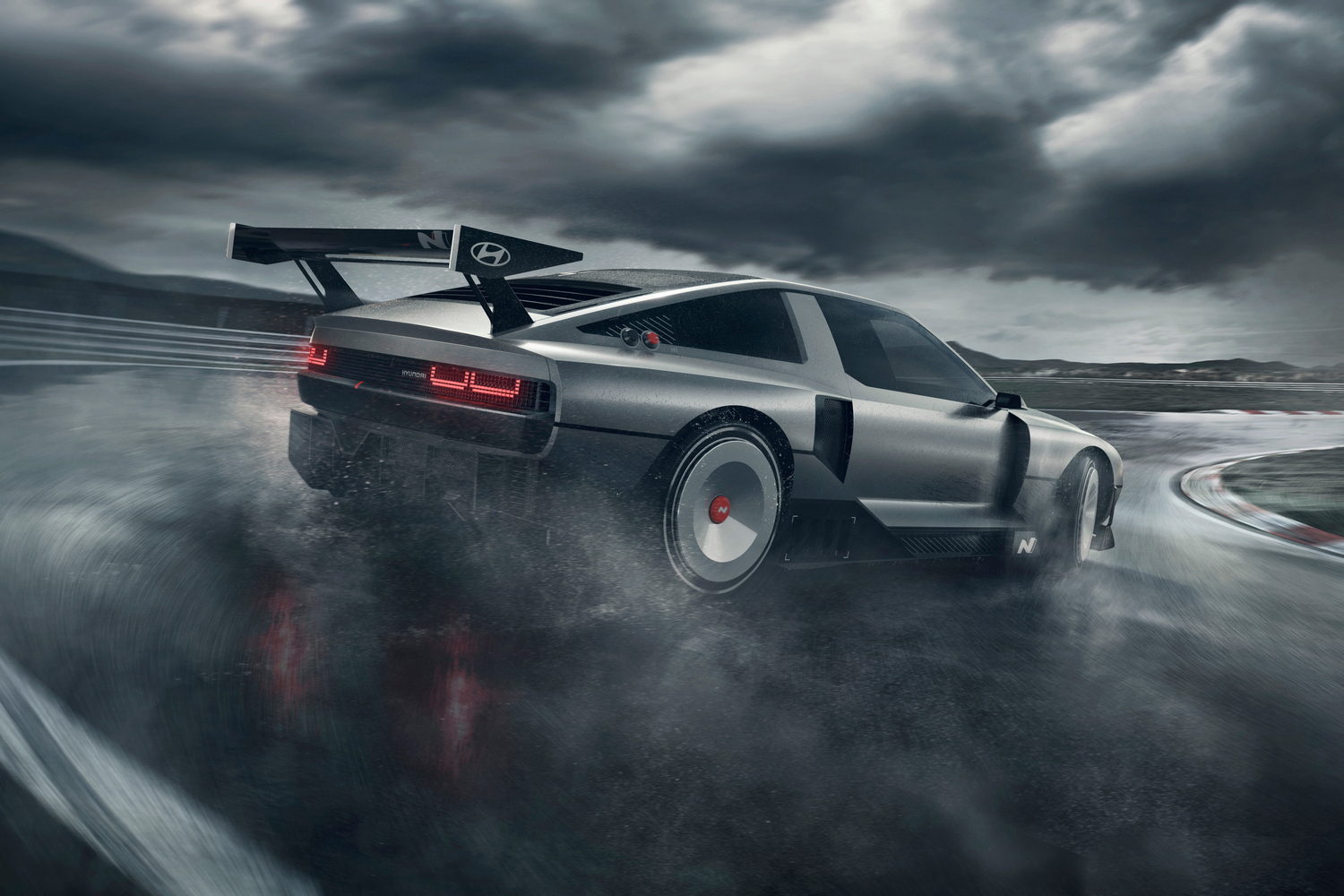 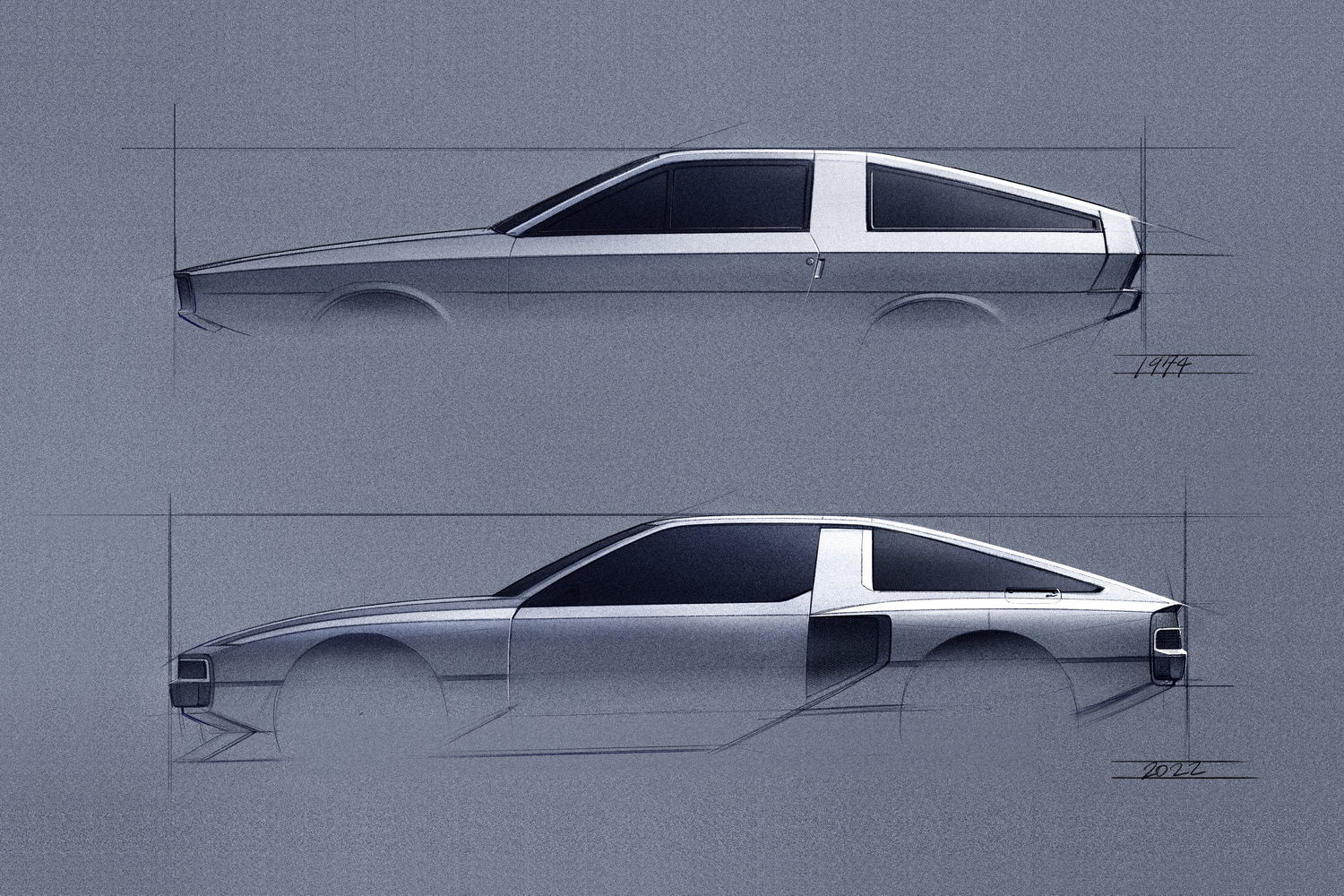 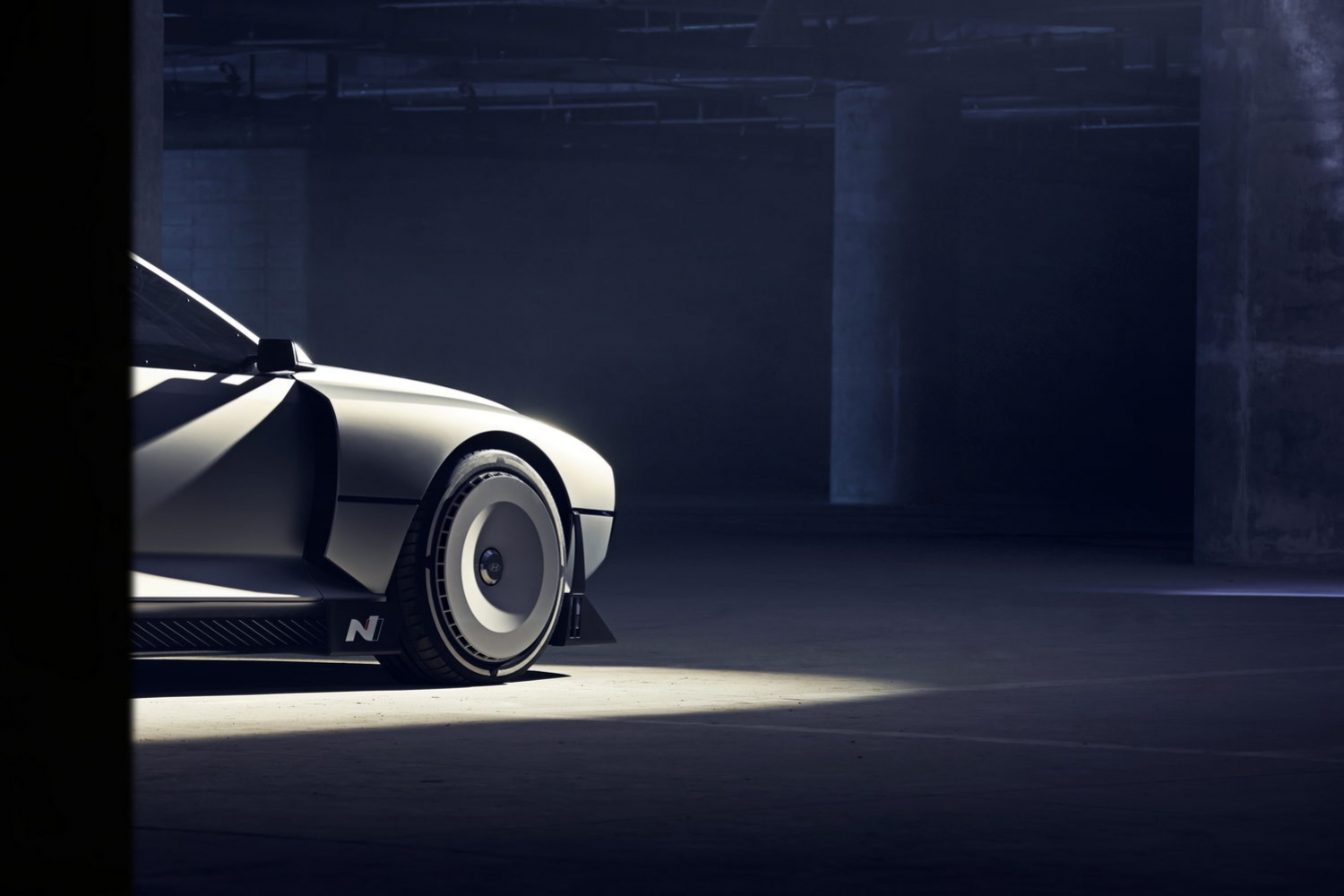 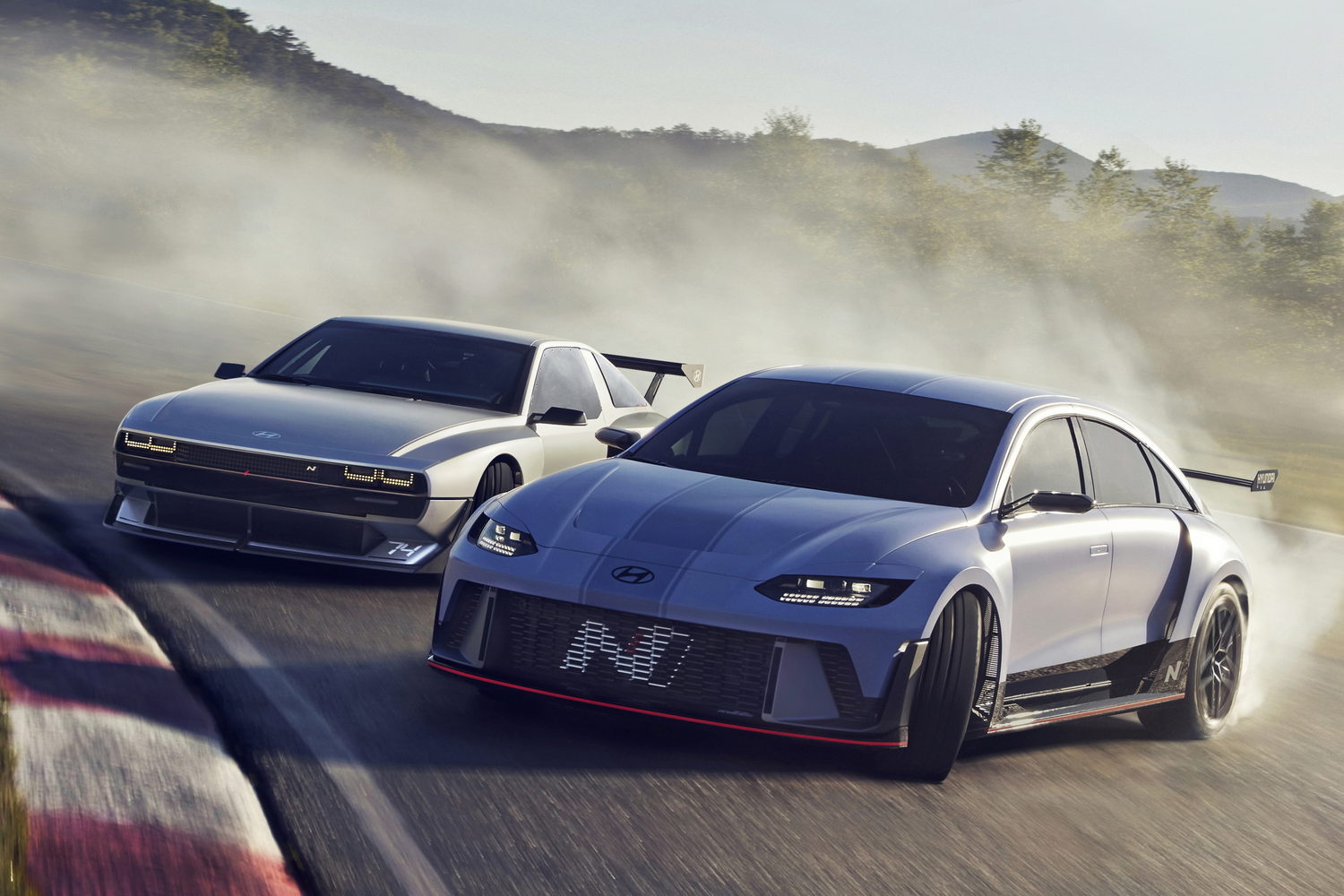 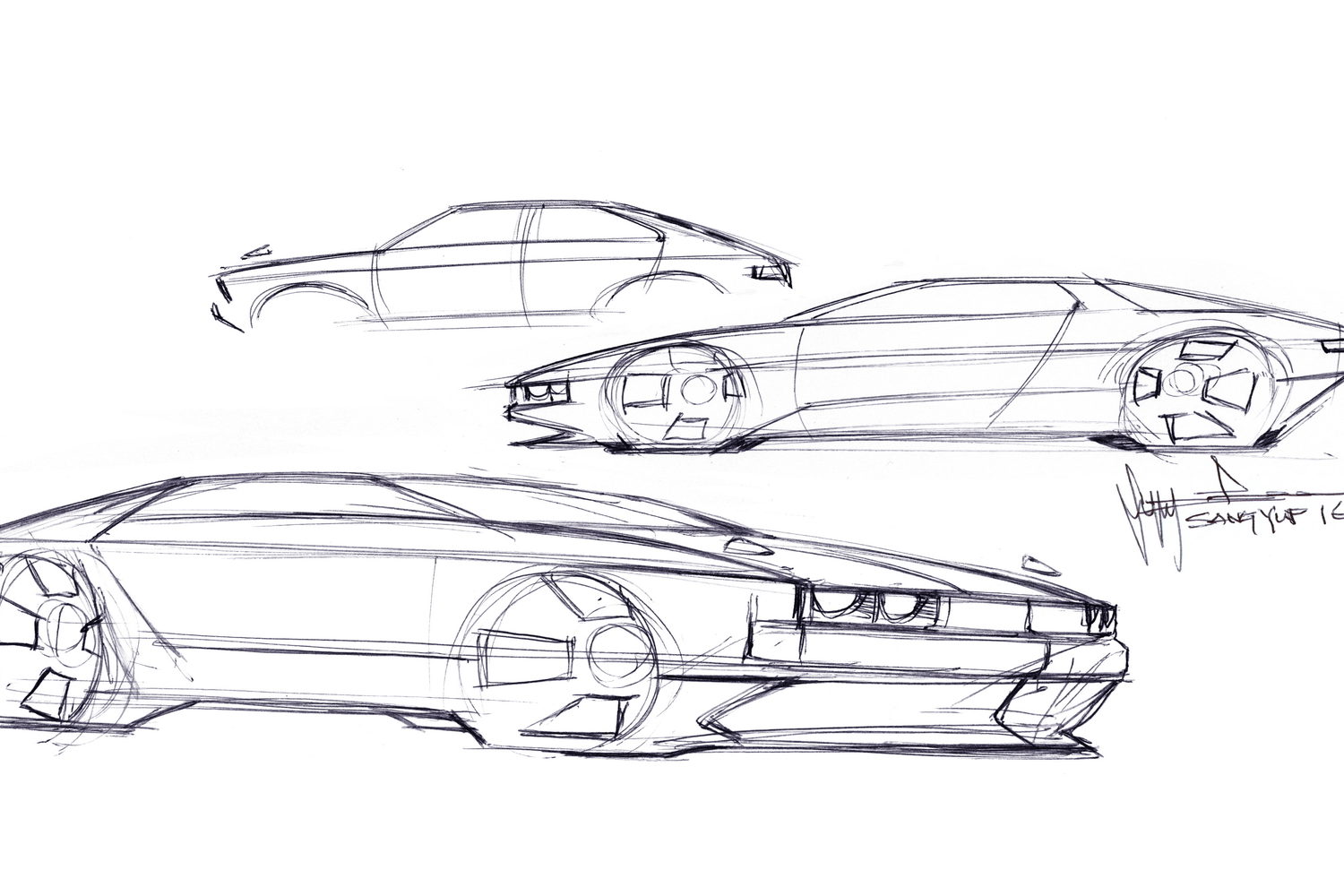 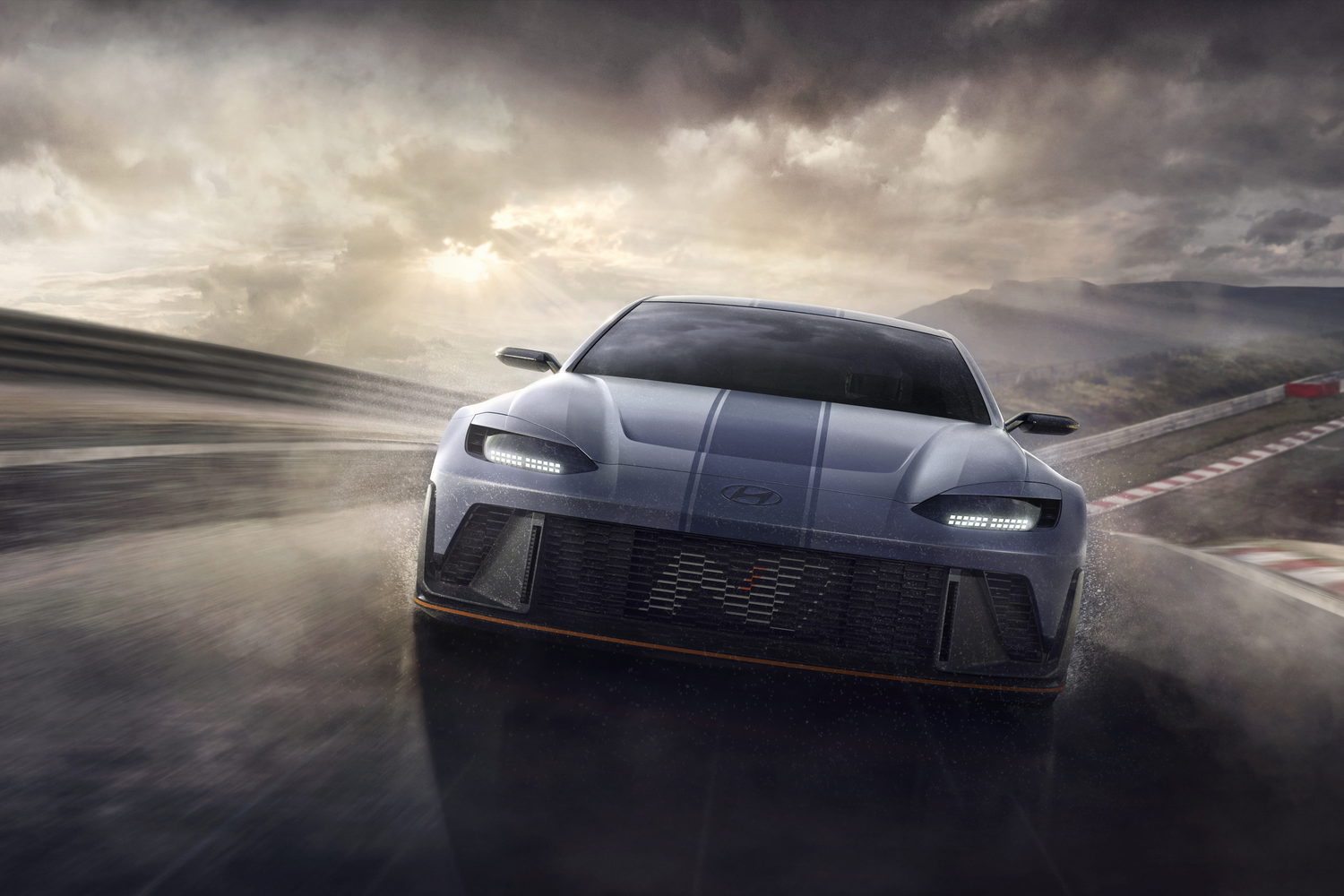 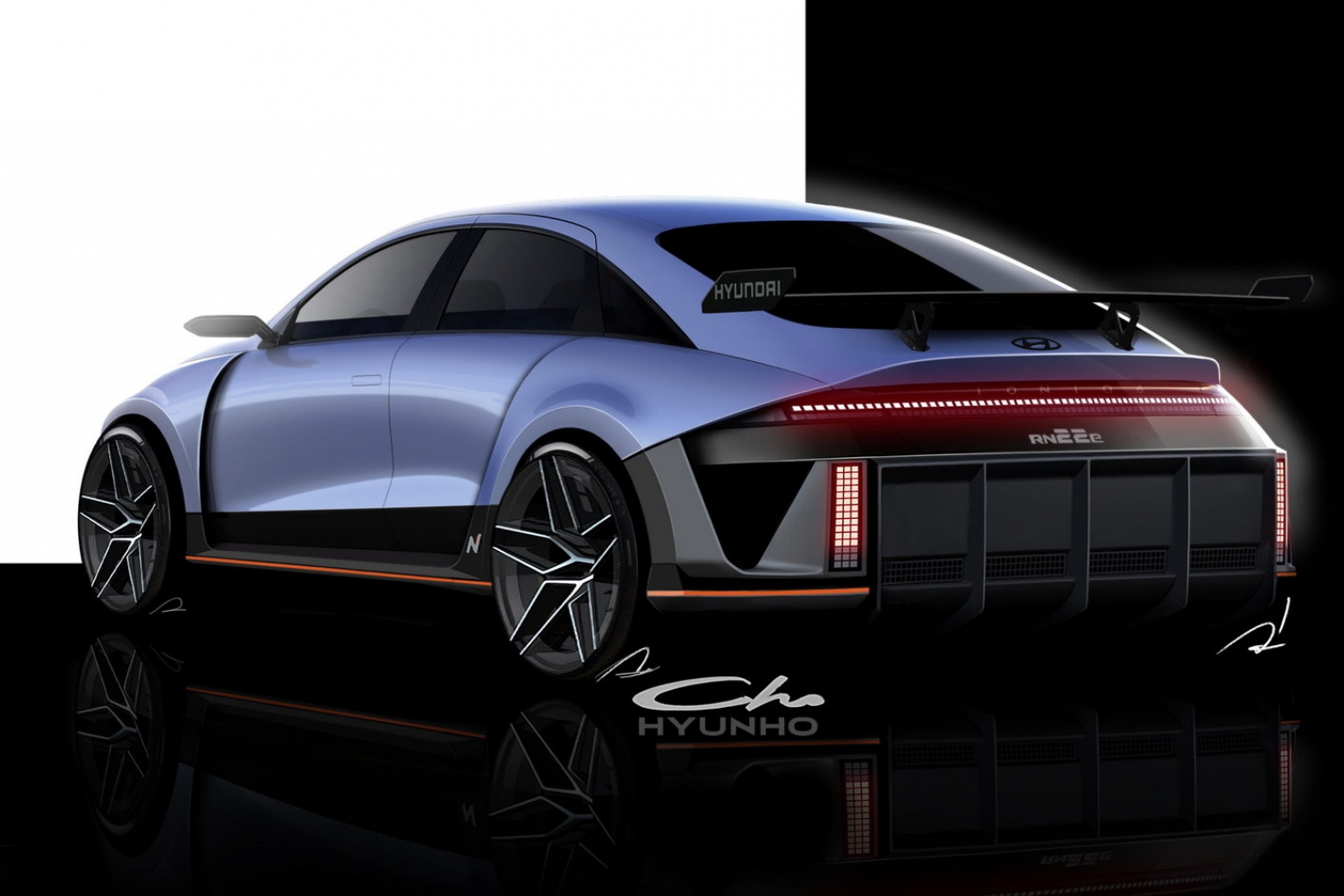 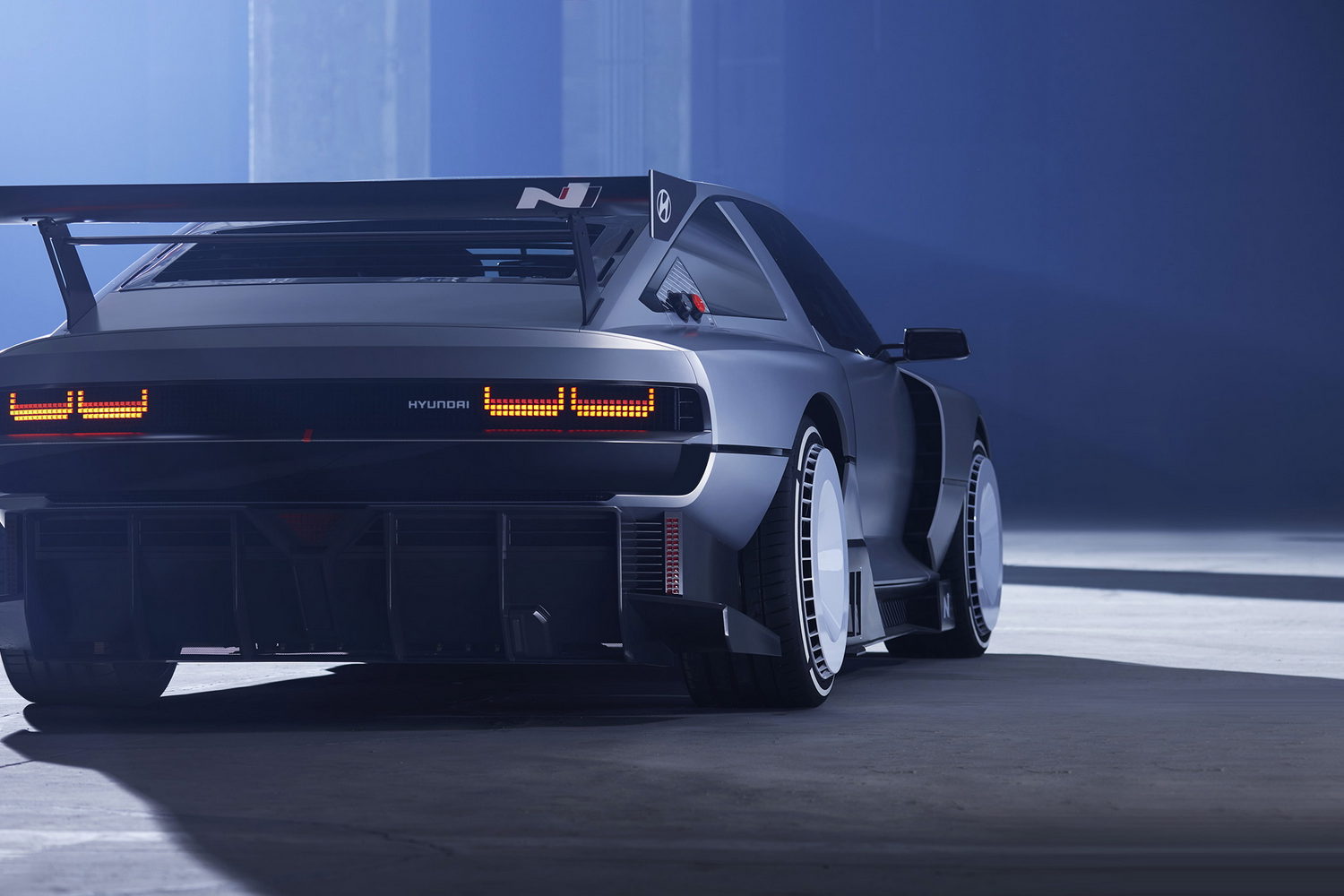 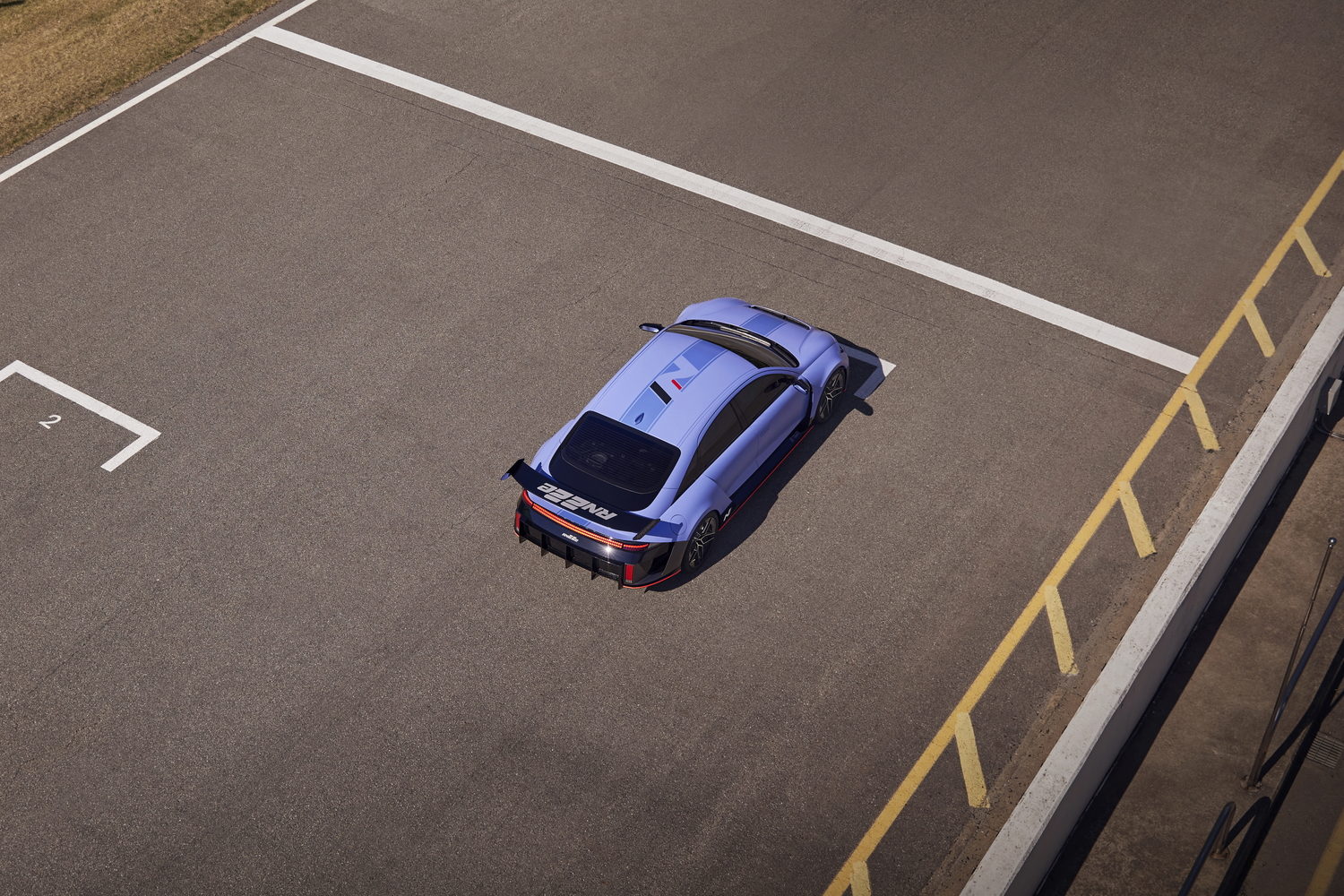 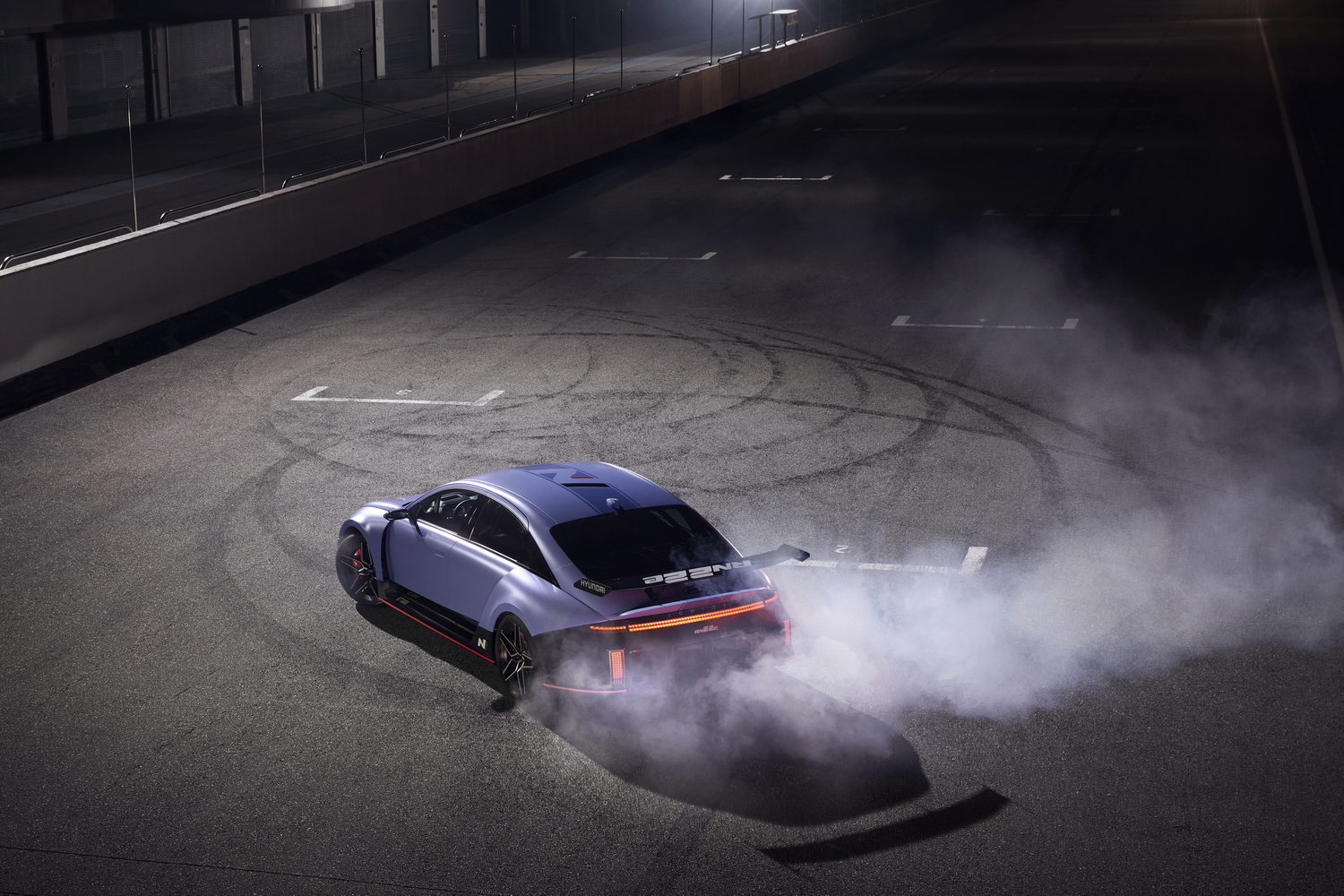 Hyundai has unveiled two stunning concept cars, the first, the RN22e dropping a hint for a potential hot "N" version of the upcoming Ioniq 6, the other, the N Vision 74, an angular seventies-styled coupe powered by a hydrogen fuel cell.

While there's no word yet on whether either model will make production, Hyundai describes the concepts as "rolling labs" to test and verify the company's advanced technologies to apply them to future production models.

First up, the RN22e's uninspiring name stems from the fact that it's the "rolling lab" iteration of a future N car, first developed in 2022 with an electric powertrain. That's about the only thing that's uninspiring though.

The RN22e is based on the upcoming Hyundai Ioniq 6 with the same rounded, streamlined bodyshell, though with a few aerodynamic upgrades hinting at a bit more performance potential. It's slightly lower and wider than the Ioniq 6, with bigger vents all over the body to aid in cooling the powertrain and brakes, with a large wing at the rear too to create downforce at speed.

Combined, the RN22e's dual front and rear electric motors develop 585hp and 740Nm of torque. The concept is, like the Ioniq 6, underpinned by the same modular E-GMP architecture as the Hyundai Ioniq 5 and Kia EV6, meaning that it also shares their ability to rapidly charge at speeds of up to 350kW.

Torque vectoring by means of a twin clutch gives the concept a "corner carving feel" according to Hyundai, with an electronic limited-slip differential helping the RN22e to better attack the corners.

Weight is reduced through the use of 3D-printed parts, while stopping power comes courtesy of four-piston monoblock brake calipers and 400mm hybrid-construction brake discs to better cater for the extra heft of an EV.

To make up for the lack of old-fashioned engine sound, the concept features N Sound+, which pipes artificial noise into the interior in a similar manner to the spaceship-like sound pumped into the cabin of the Ioniq 6. There's also N e-shift, which adds vibration and a feel that is intended to replicate that of a gear change.

Even though the tech underpinning the N Vision 74 is impressive, it's really the styling that first jumps out. The design is, Hyundai said, based on Giorgetto Giugiaro's 1974 Hyundai Pony coupe concept, but there are definitely hints of some of the maestro's other designs such as the Alfasud Sprint and DMC DeLorean in there too, though with modern touches such as the extensive use of Hyundai's "parametric pixels" in the lighting. The cabin is a similar affair combining ultra-modern features such as a digital instrument cluster with retro analogue switches.

Powering the N Vision 74 is a battery-electric powertrain combined with a hydrogen fuel cell (an area in which Hyundai has been working for some time). By having both systems, Hyundai says, cooling efficiency is improved, and either system or a combination of both can be used depending on the prevailing driving conditions. Power (up to 680hp of it) is sent to the rear wheels via two motors, which allows for torque vectoring for better handling and performance under cornering.

Will either reach production?

For now, both the N Vision 74 and RN22e remain concepts with no plans having yet been announced as to whether either will go into production. That said, out of both concepts, it's likeliest that the RN22e will see the light of day as the Hyundai Ioniq 6 N. Hyundai confirmed that we will see the launch of the Ioniq 5 N in 2023, so a performance follow-up to the Ioniq 6 isn't implausible at all.