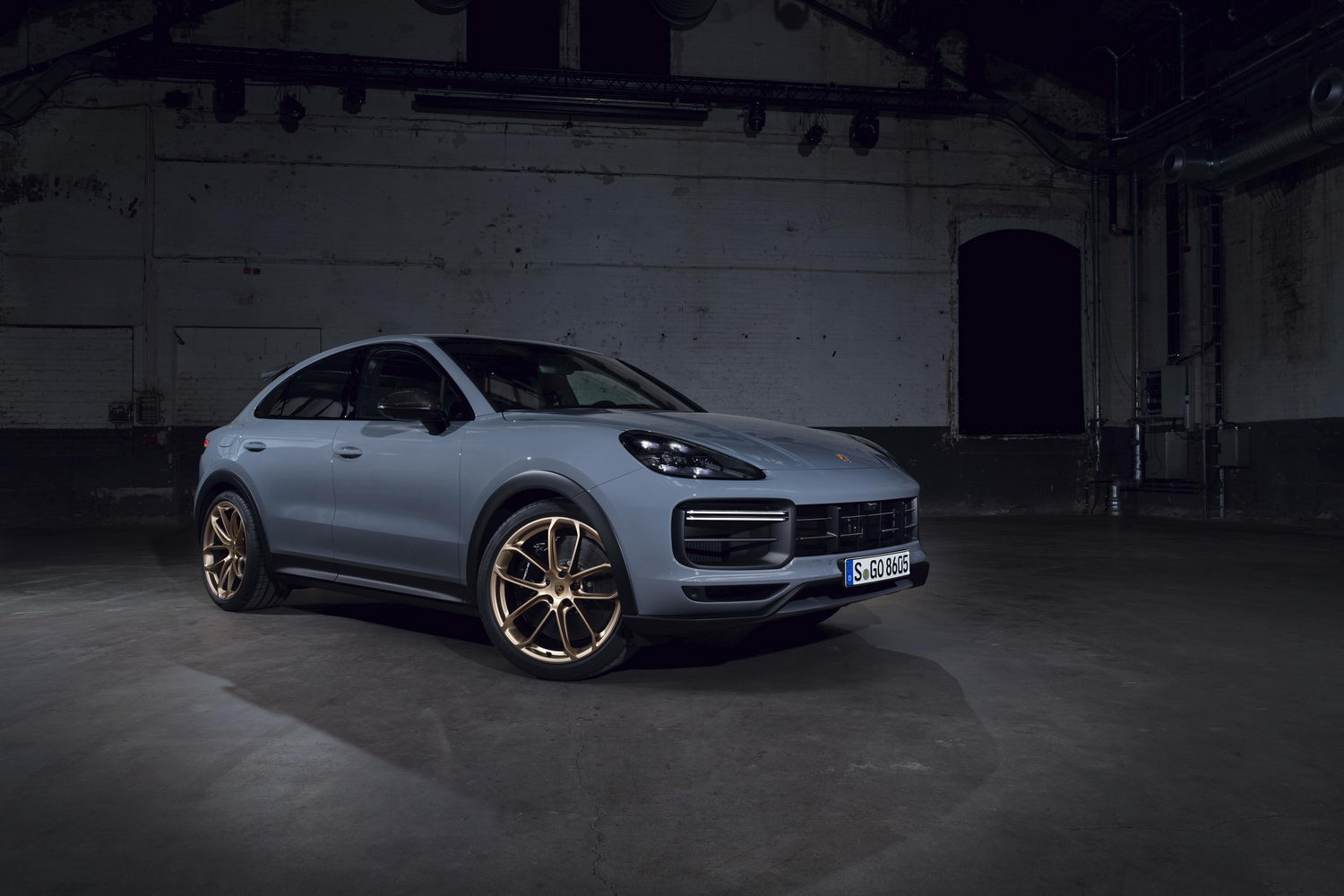 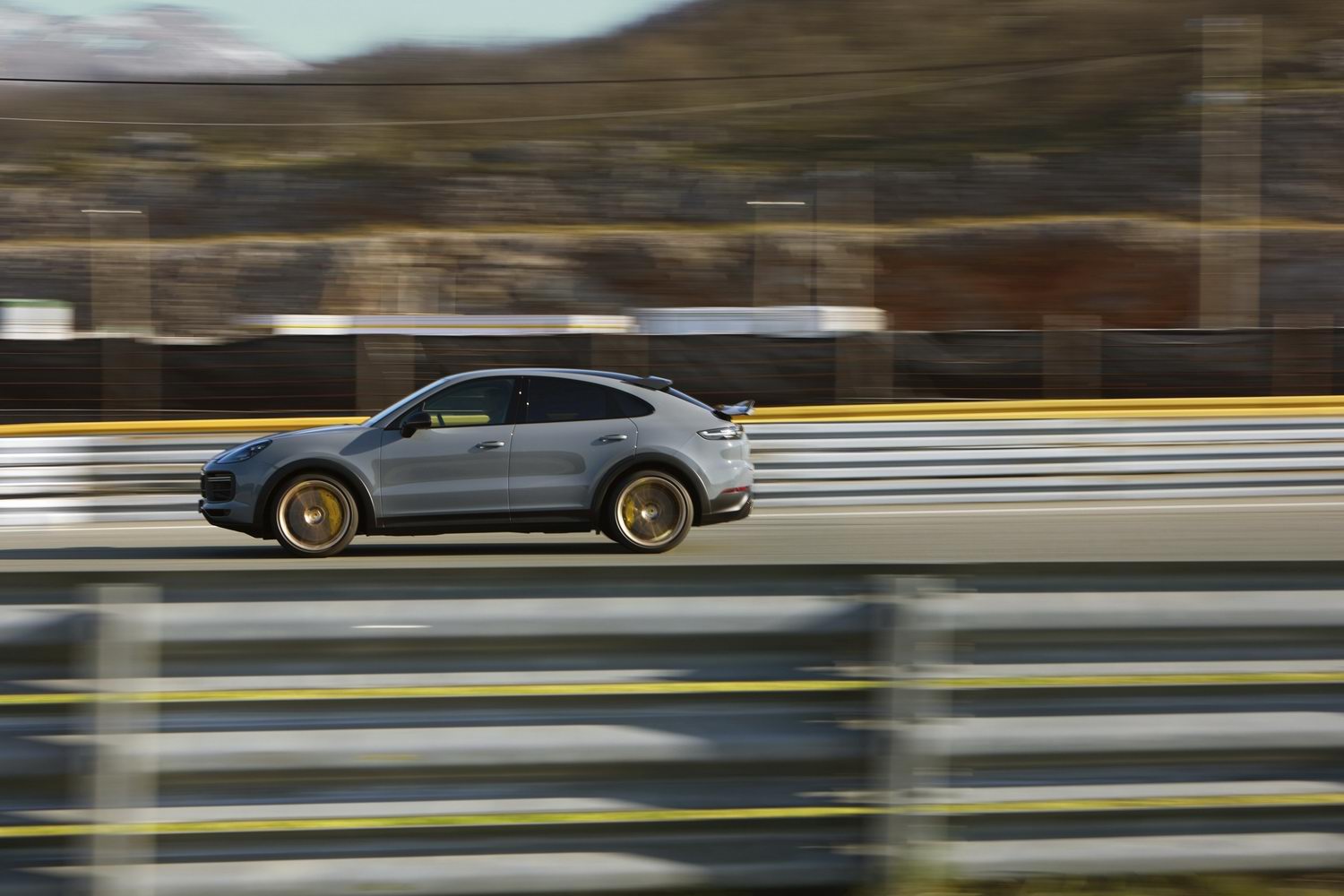 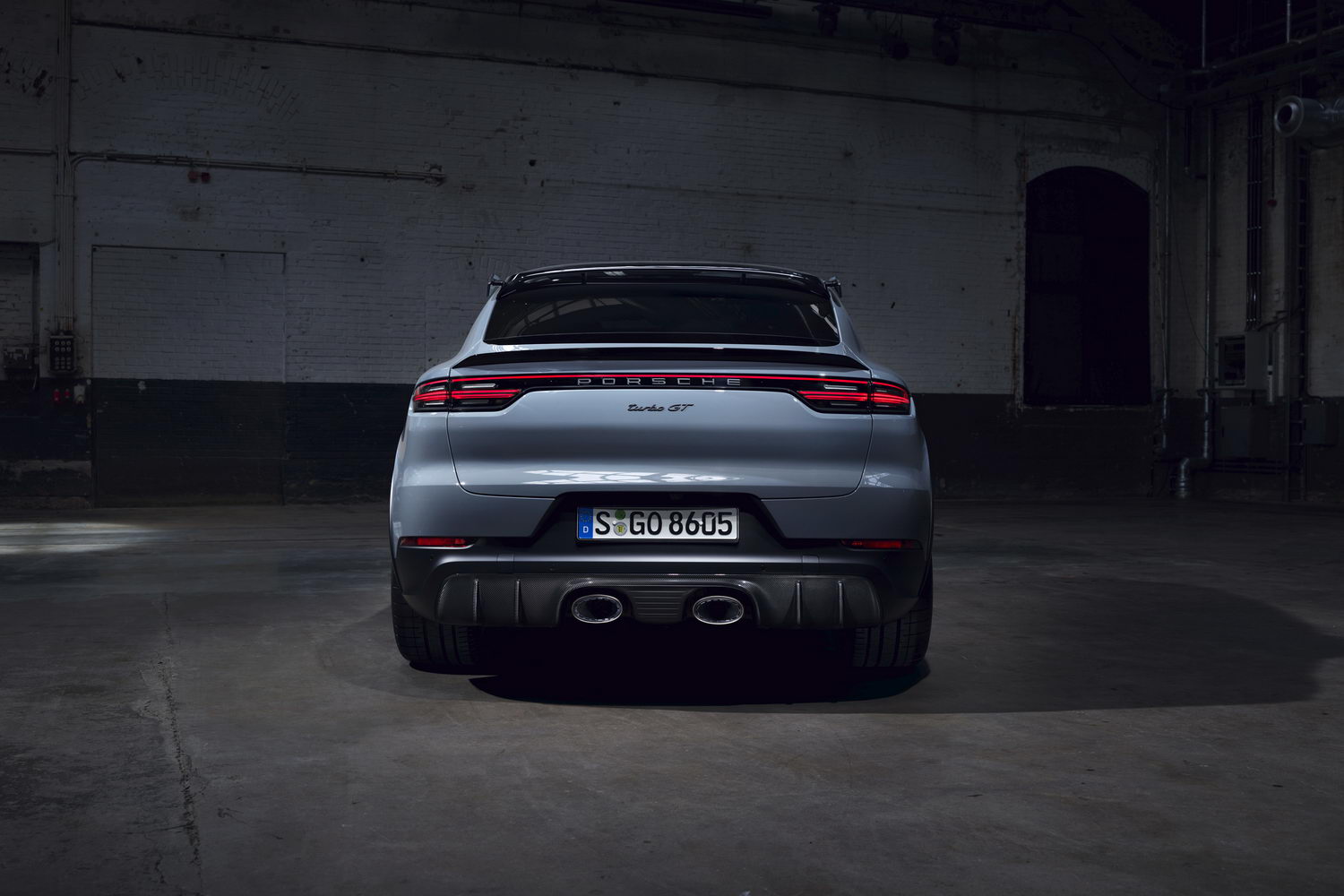 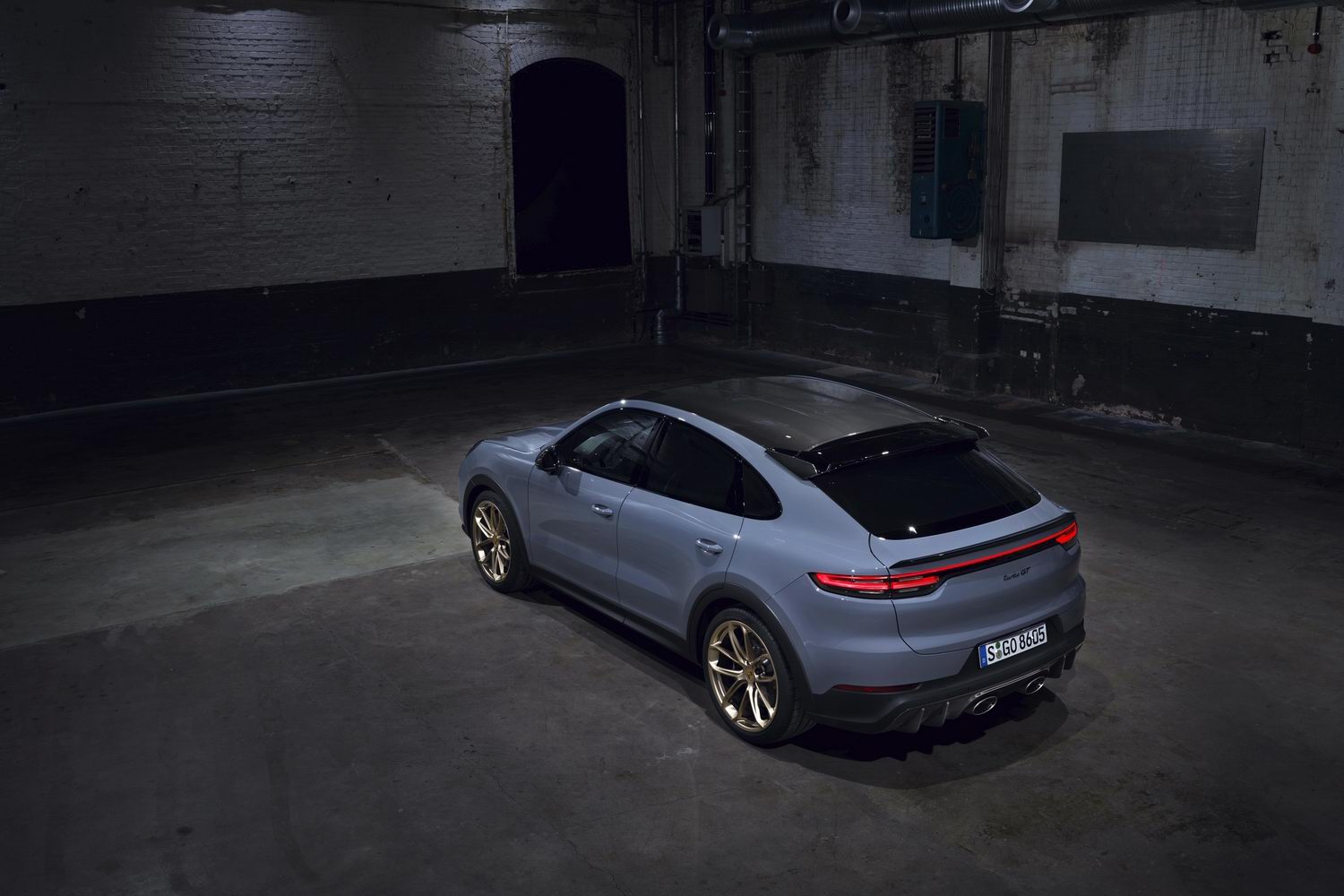 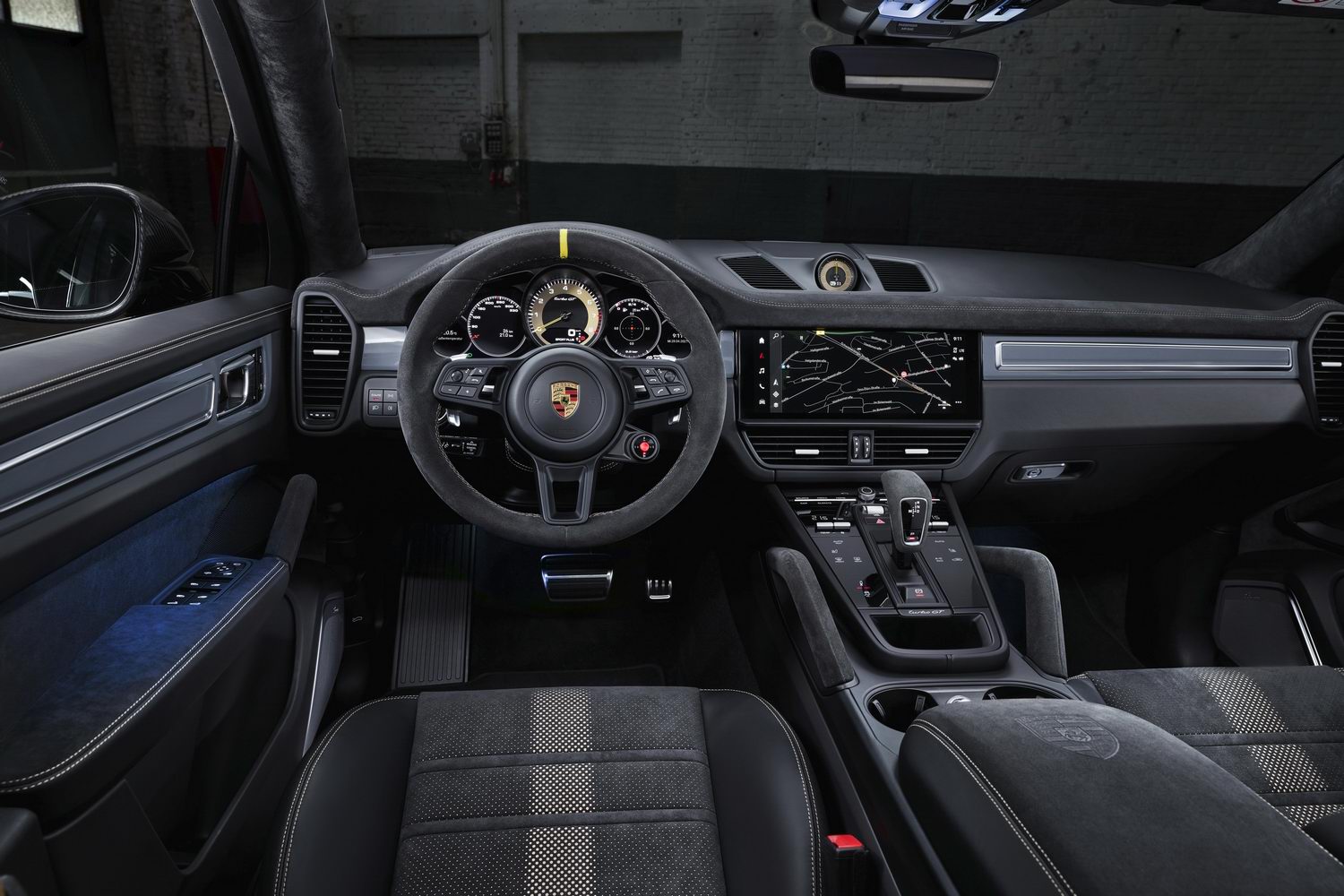 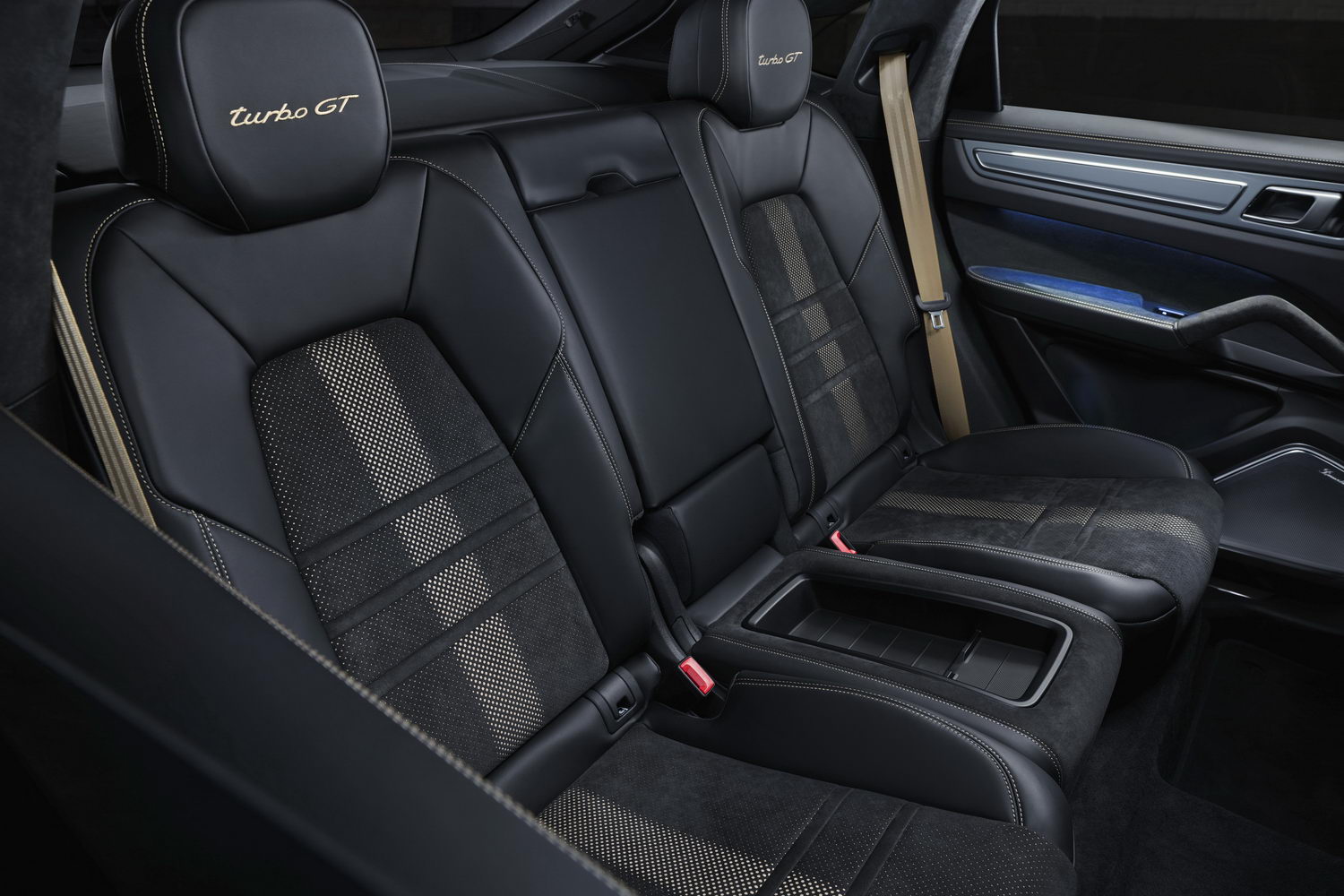 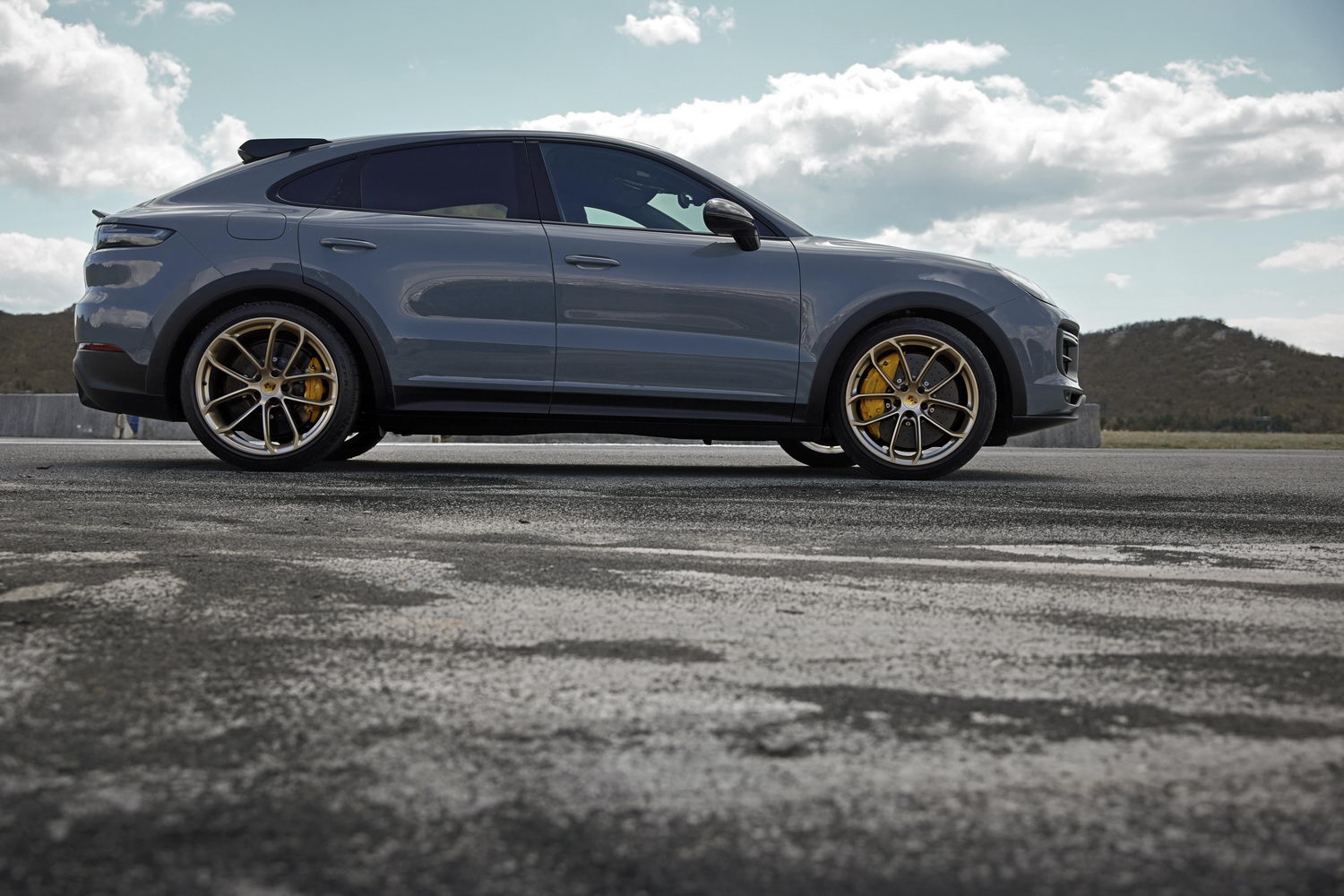 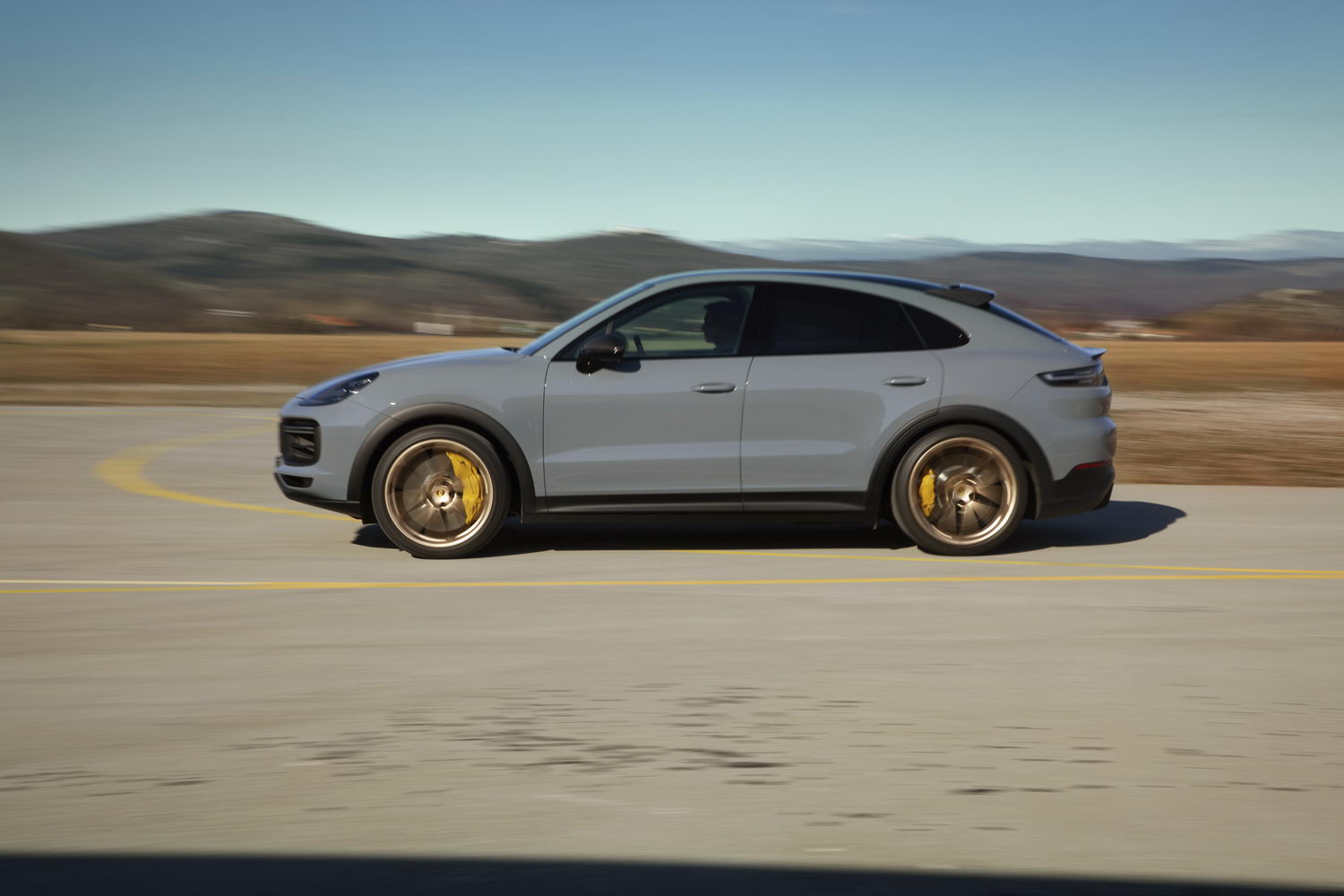 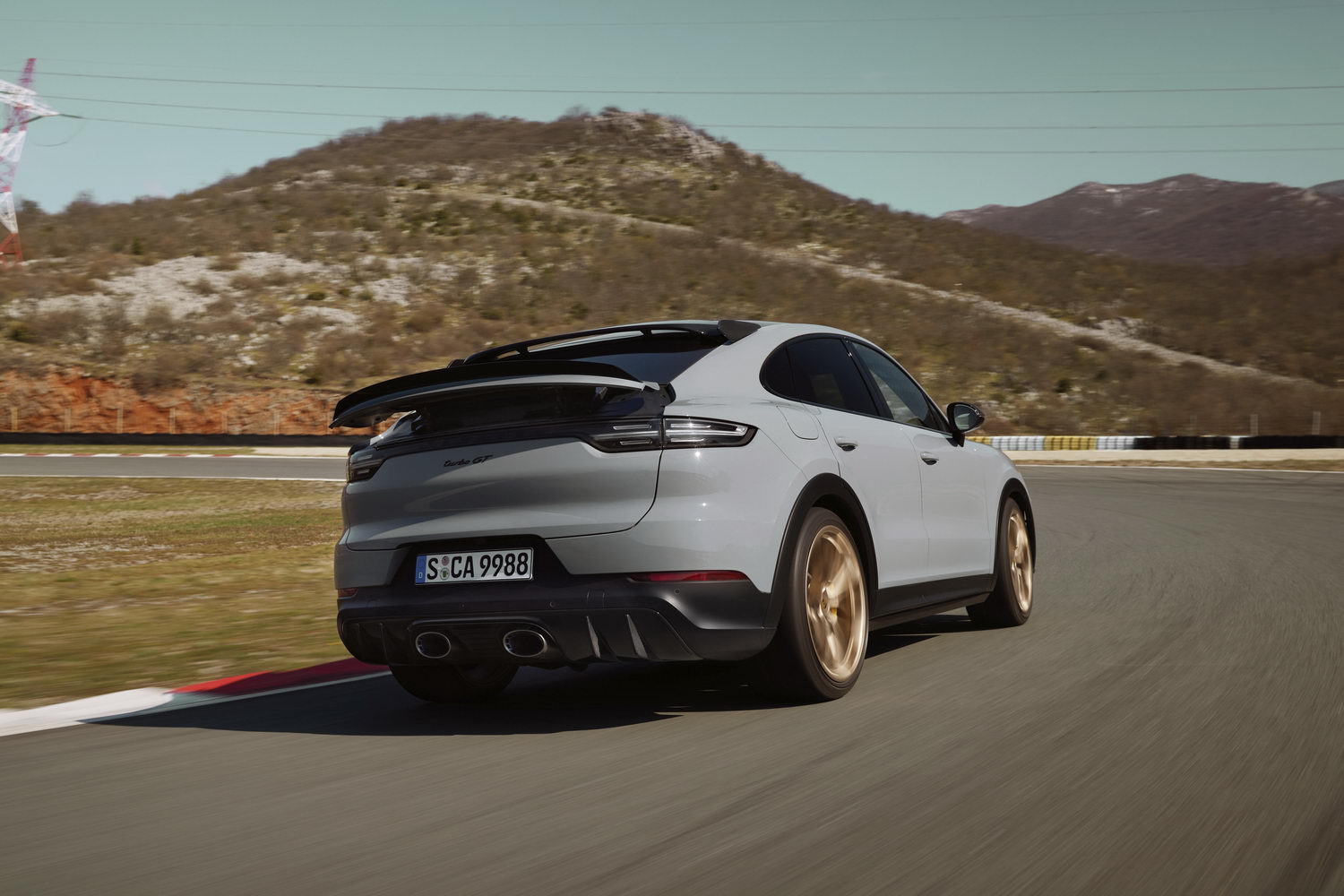 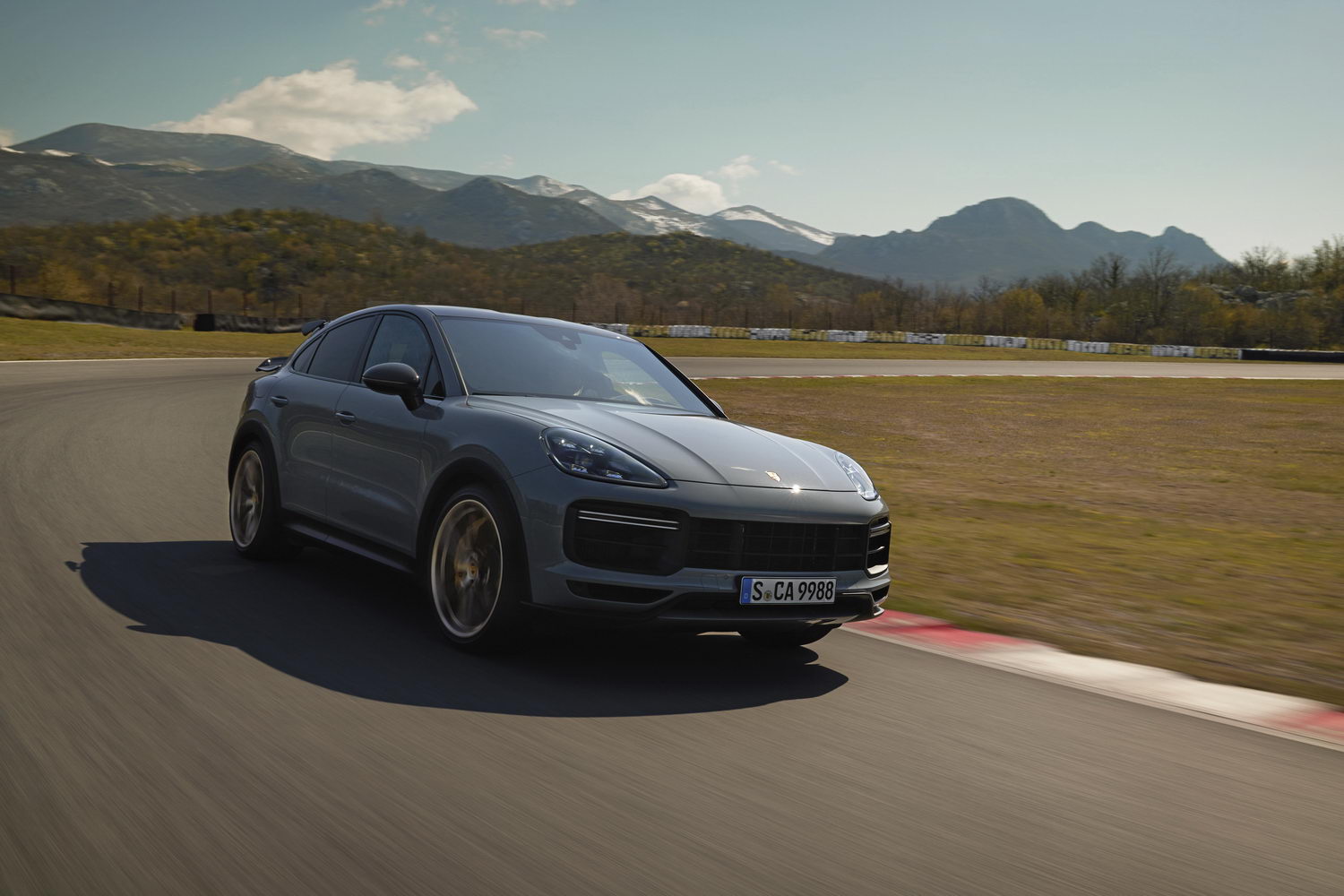 New range-topping SUV is the fastest production Porsche Cayenne yet.

Visitors to the 2021 Goodwood Festival of Speed in England next month will be among the first to see the fastest ever Cayenne SUV put into production by Porsche. Called the Turbo GT, the high-performance Cayenne Coupe gets an uprated engine, chassis, aerodynamics package and interior to justify a considerable premium over the existing Cayenne Turbo.

The Turbo GT uses the same basic twin-turbocharged 4.0-litre V8 petrol engine as in the standard Turbo models, but significant changes have been made, not only to increase performance, but to cope with using it to a sustained level. To that end, there's a new crankshaft, connecting rods, pistons, timing chain drive and torsional vibration dampers.

Peak outputs are quoted as 640hp and 850Nm of torque (increases over the standard Cayenne Turbo's engine of 90hp and 80Nm, respectively), making this engine the most powerful eight-cylinder made by Porsche. It pushes the Cayenne Turbo GT from a standstill to 100km/h in just 3.3 seconds and the top speed is quoted as 300km/h.

Marshalling all that output is an uprated eight-speed Tiptronic S automatic gearbox, with additional water cooling, and an upgraded all-wheel-drive system - or PTM for Porsche Traction Management if you speak marketing.

Goes around corners, too

Substantial changes have been made to the Cayenne's chassis. For starters, it sits up to 17mm lower on its air suspension. That system, a three-chamber design, is more rigid than before, so the adaptive damping (PASM - Porsche Active Suspension Management) has been altered to suit. As have the rear-axle steering, Porsche Dynamic Chassis Control (PDCC) active roll stabilisation system and Porsche Torque Vectoring differential lock. Oh, and the Porsche Ceramic Composite Brake (PCCB) system is fitted as standard.

It's probably a bit over the top for most SUV drivers, but thanks to all that, this one holds the title of the fastest SUV around the Nürburgring Nordschleife race circuit in Germany, with a lap time of 7 minutes 38.9 seconds.

Looks the part of course

Most of the aesthetic upgrades that set the Cayenne Turbo GT apart are there for aerodynamic or other functional reasons. Up front, for example, the new bumper gets larger air intakes and a more prominent integrated spoiler. There are new carbon side plates for the roof spoiler, too, while the extendable spoiler at the base of the rear window is larger and features a carbon lip.

The Turbo GT spec is only offered in the Cayenne Coupe body style, incidentally, so all get the lush carbon fibre roof pictured here, complemented by black wheel arch extensions that attempt to conceal the gold-coloured 22-inch alloy wheels.

Around the back, there's a carbon aerodynamic diffuser as well, helping contribute to an increase in total downforce of 40kg - at the car's top speed. There's also a unique titanium exhaust system, exiting through two central tailpipes.

There's lots of Alcantara inside the Turbo GT, which comes exclusively with a four-seat layout. The front sports seats are eight-way electrically adjustable and have GT-specific upholstery, featuring perforated centre panels in Alcantara, with contrast accents in Neodyme or Arctic Grey and 'turbo GT' lettering on the head rests. The steering wheel has a yellow 12 o'clock marker and the Sport Response button appears to be bright red.

Irish pricing has yet to be confirmed, but given that the regular Porsche Cayenne Coupe Turbo retails at €200,975, we'd estimate a figure the wrong side of €250,000 for the Turbo GT.