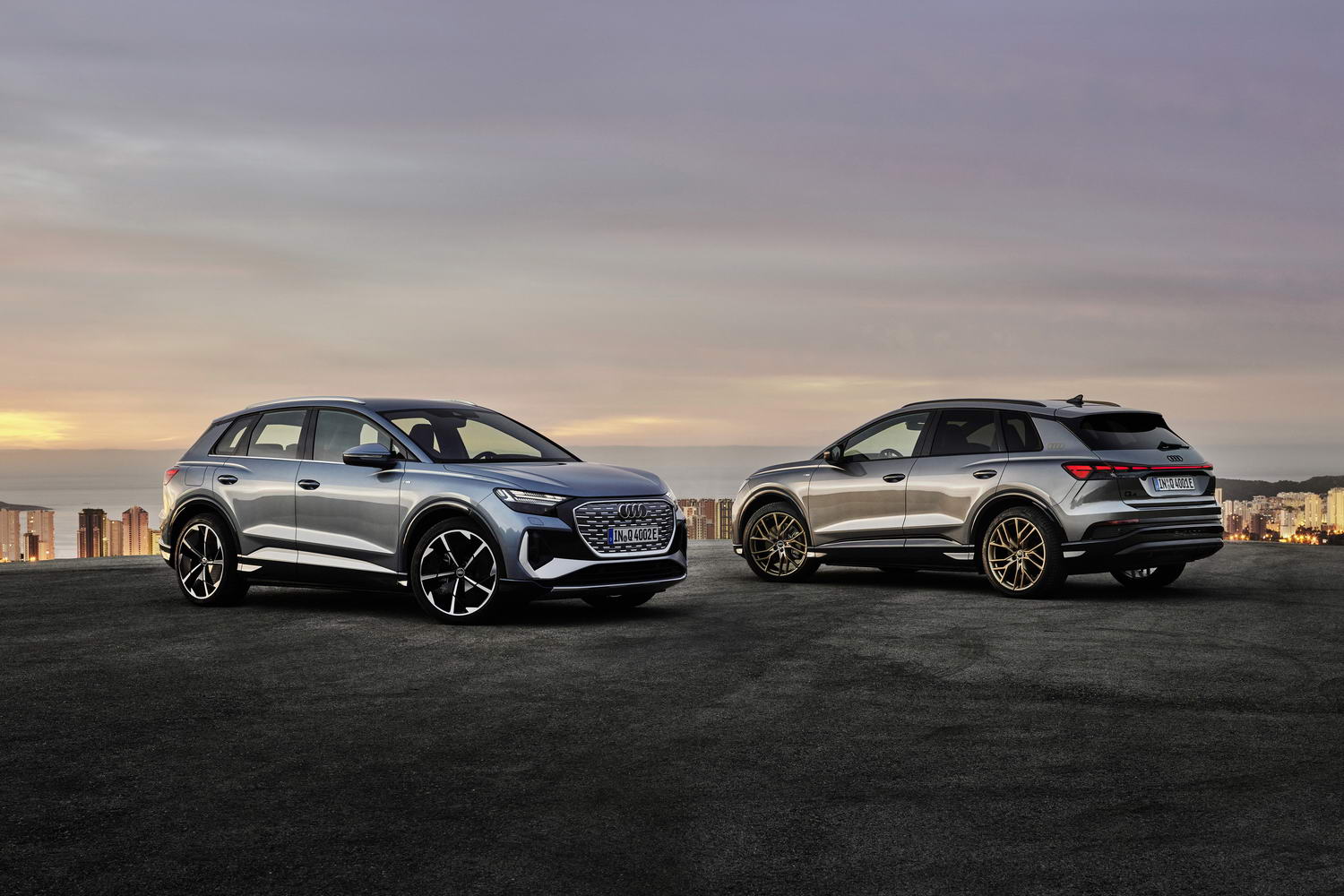 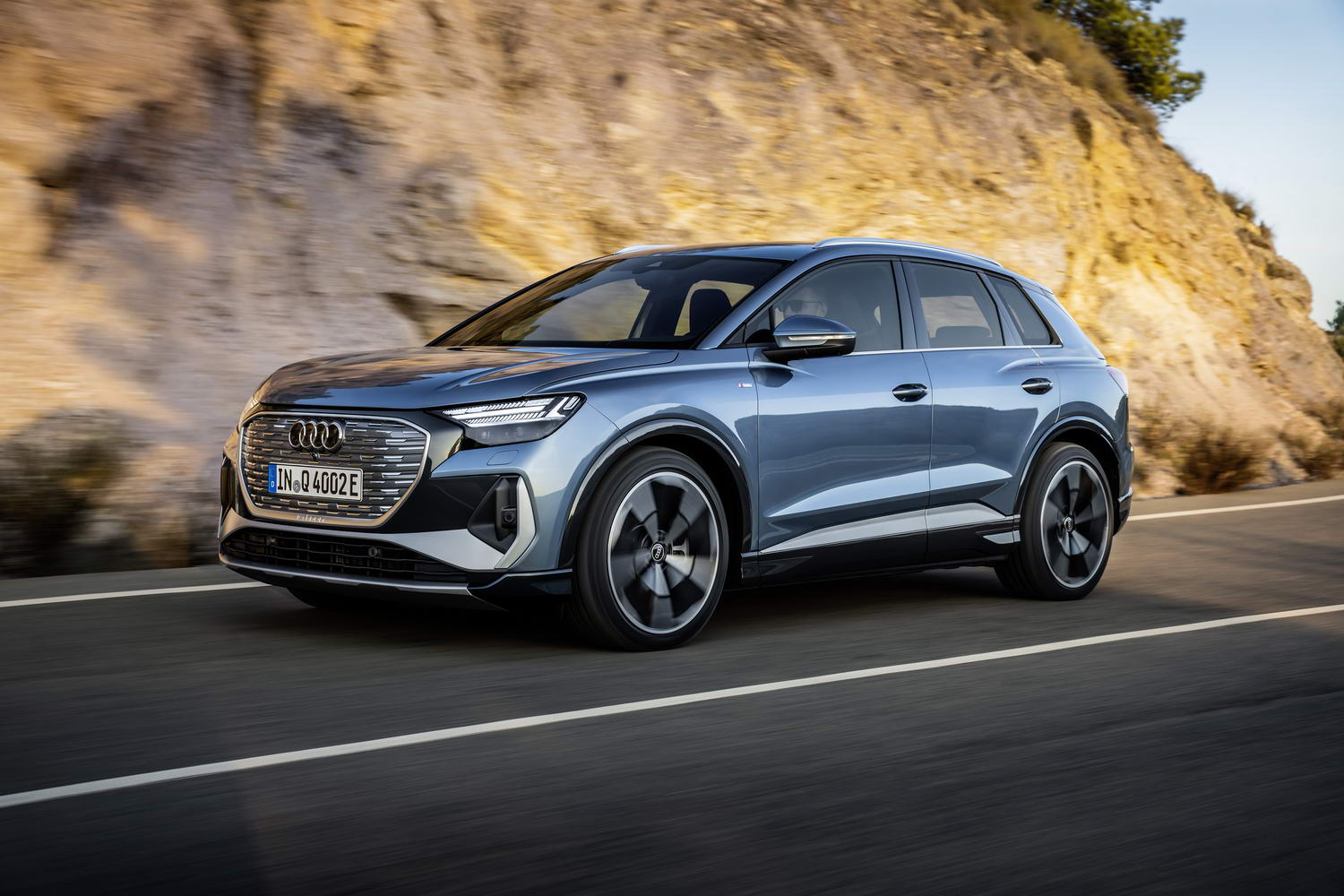 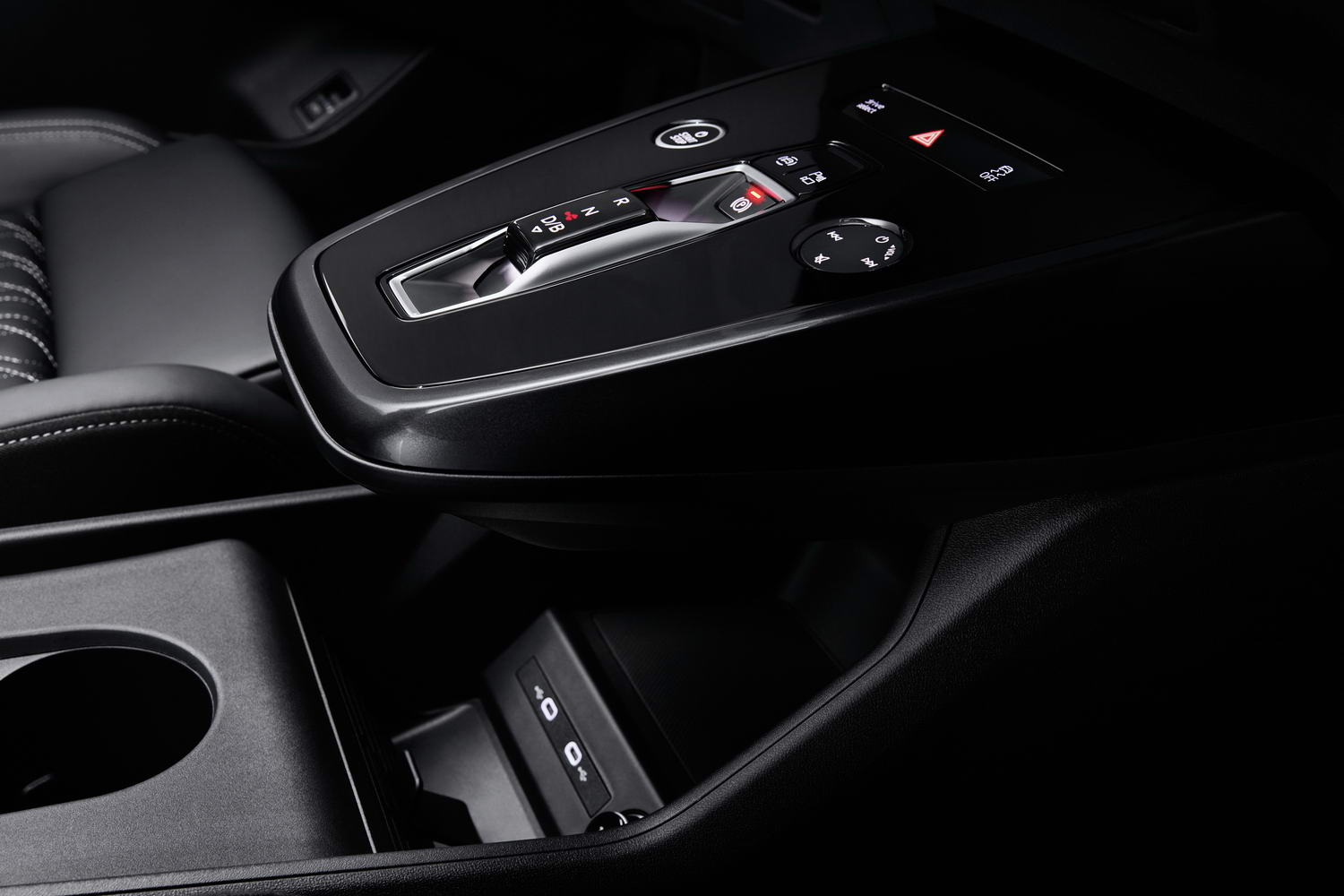 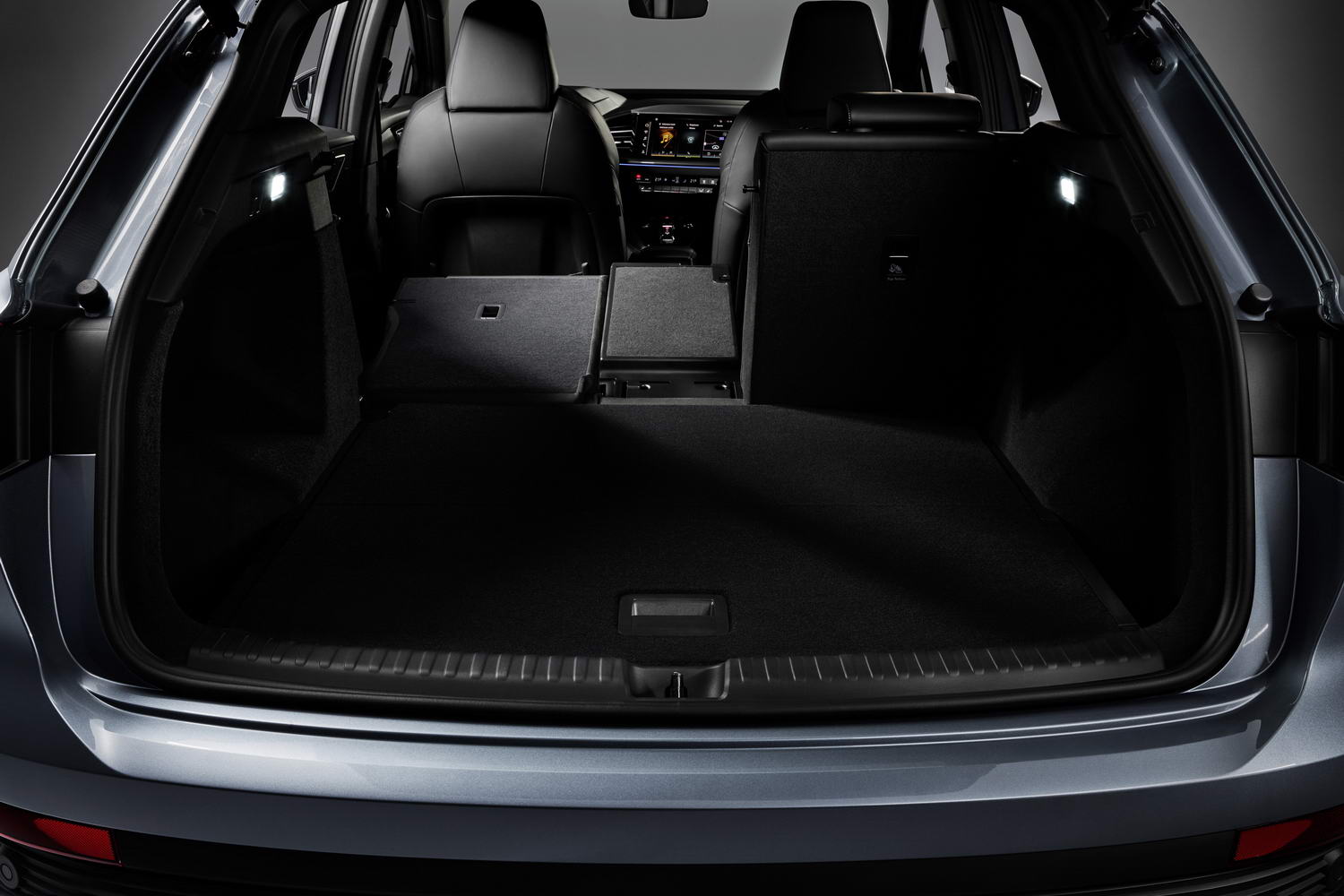 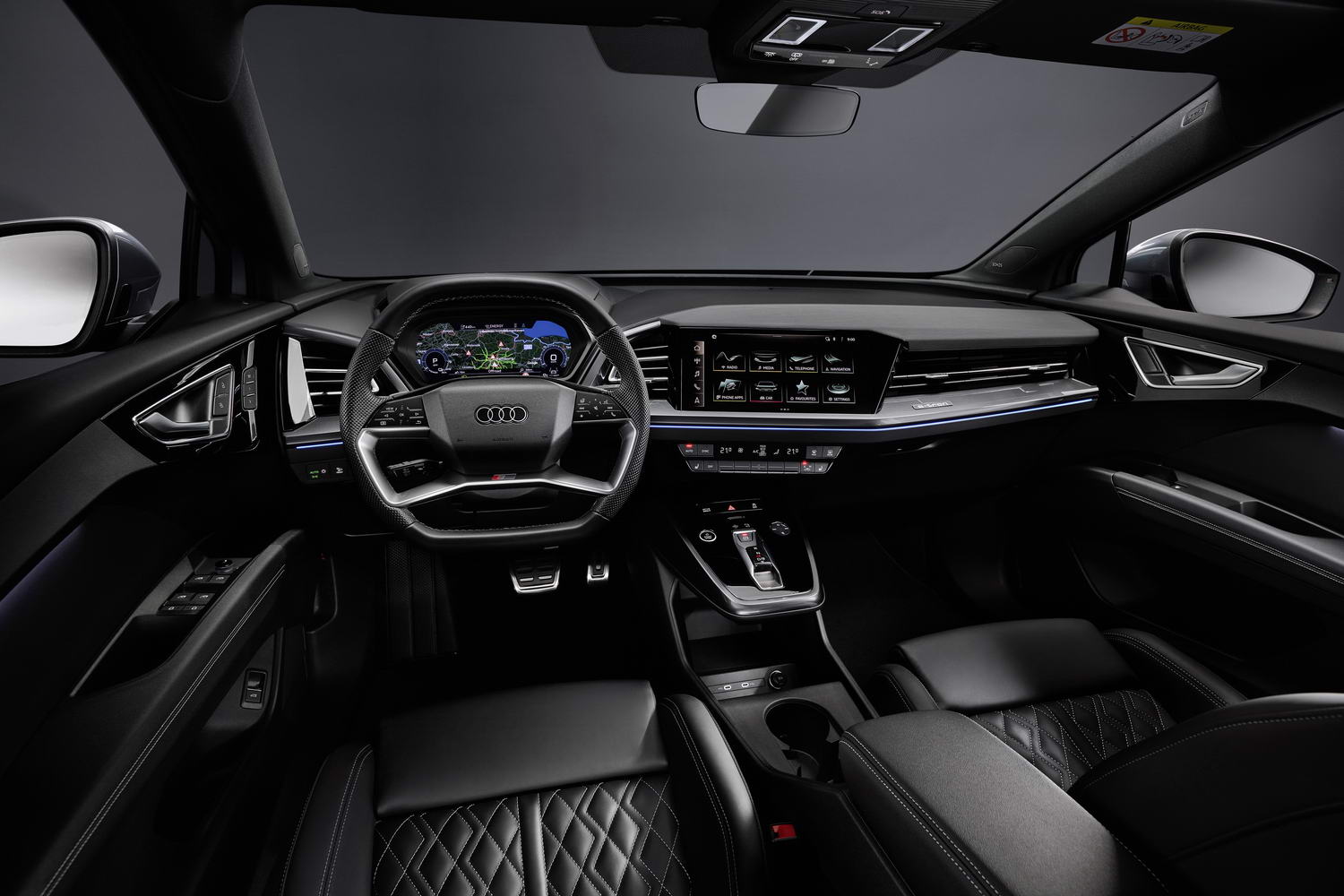 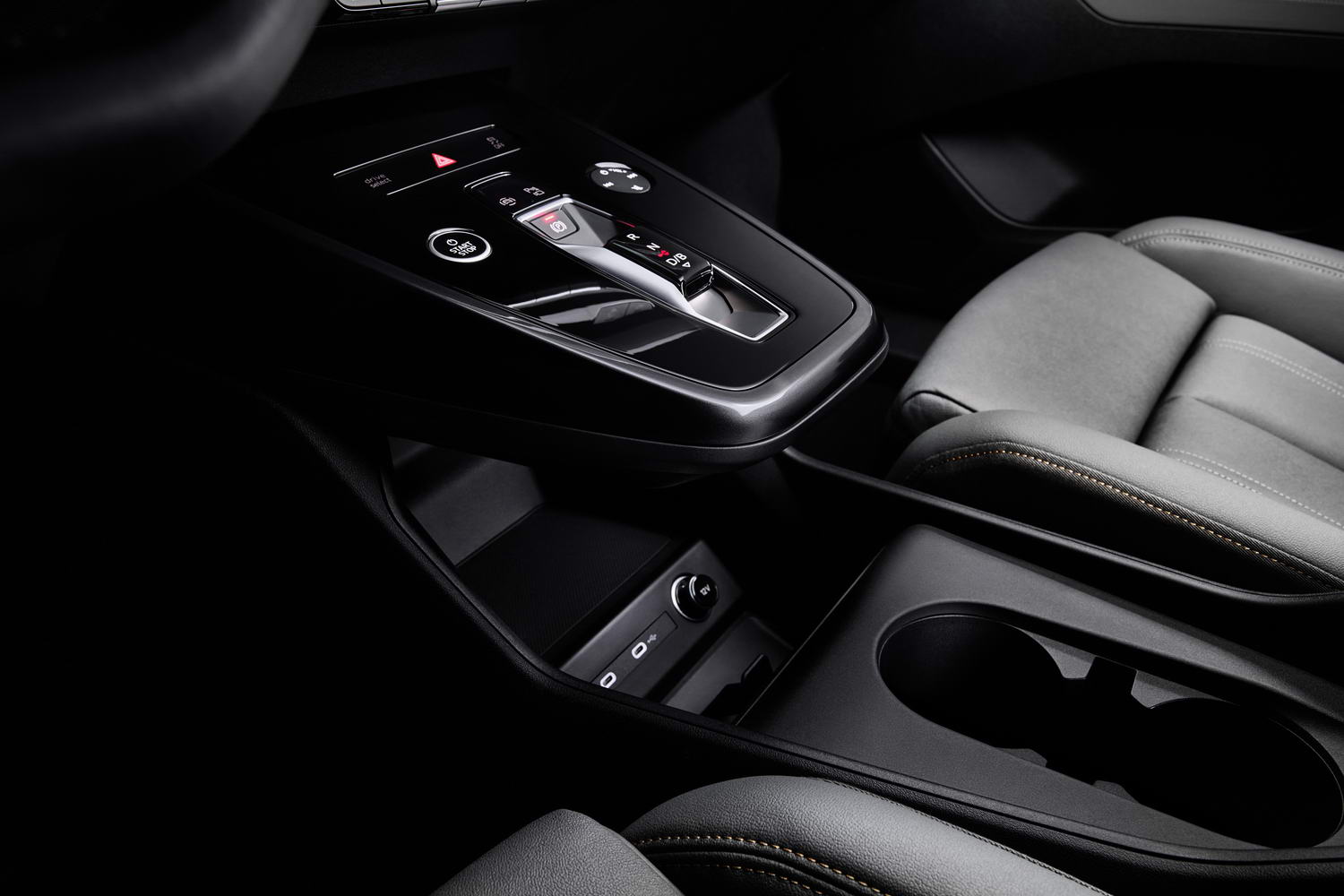 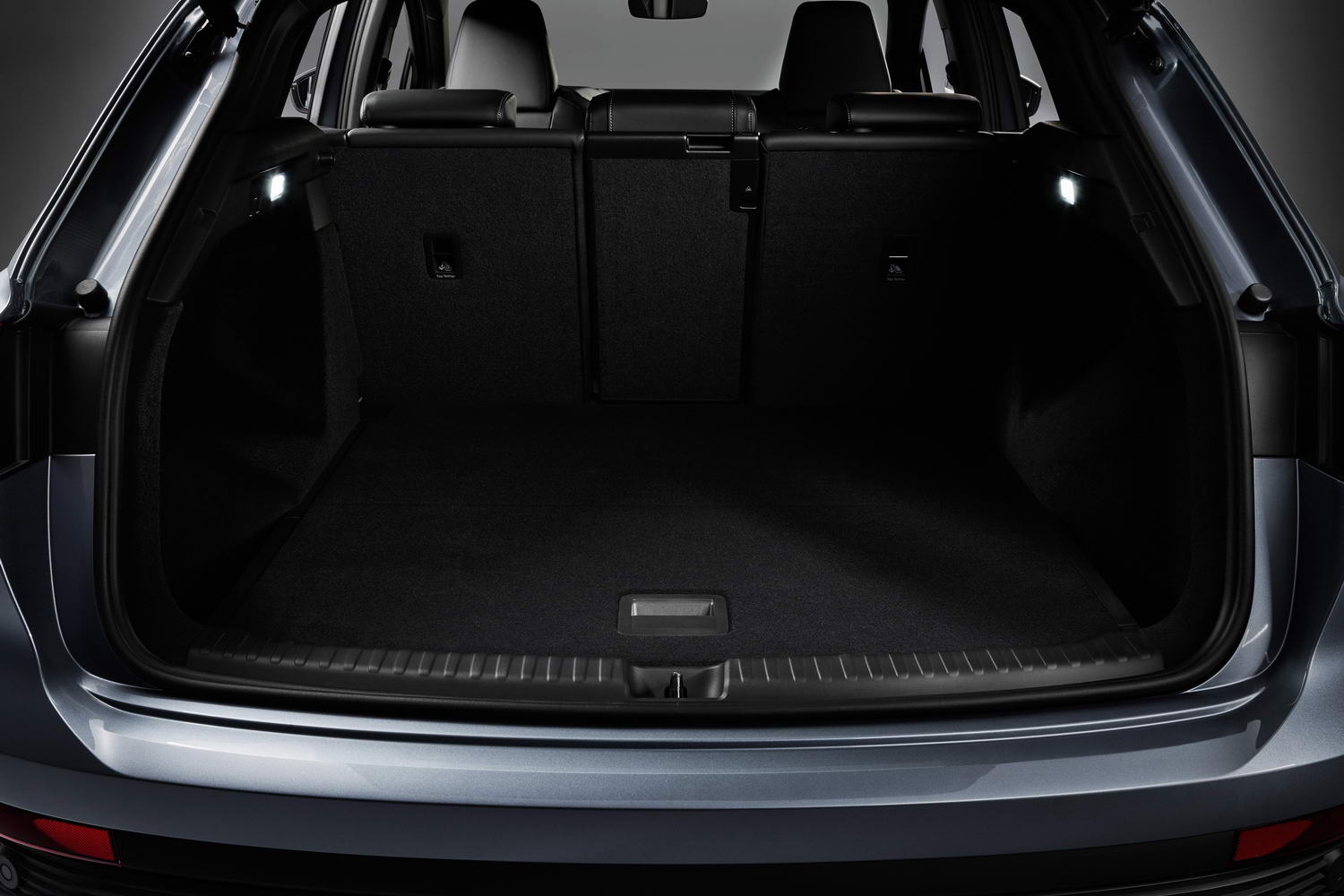 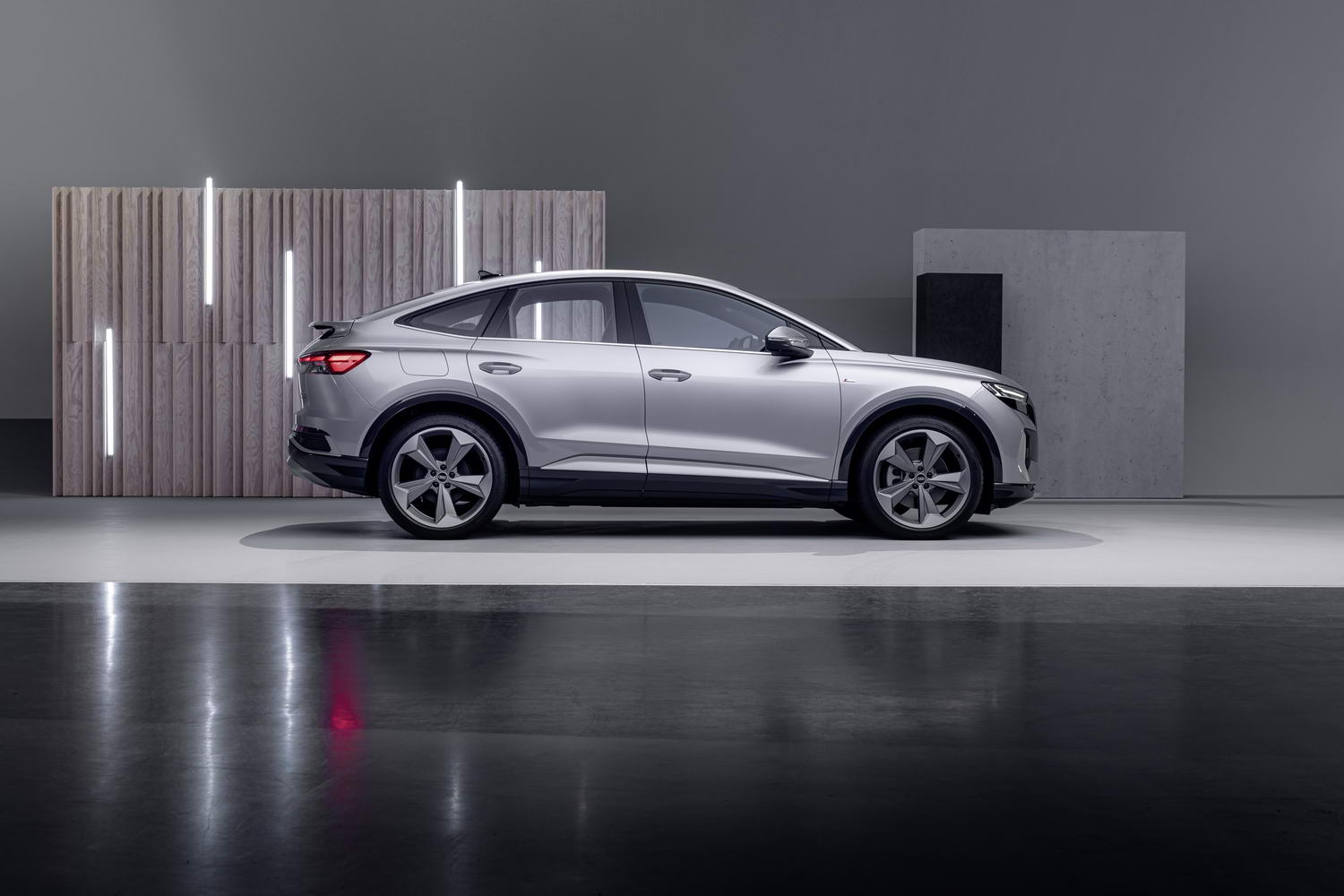 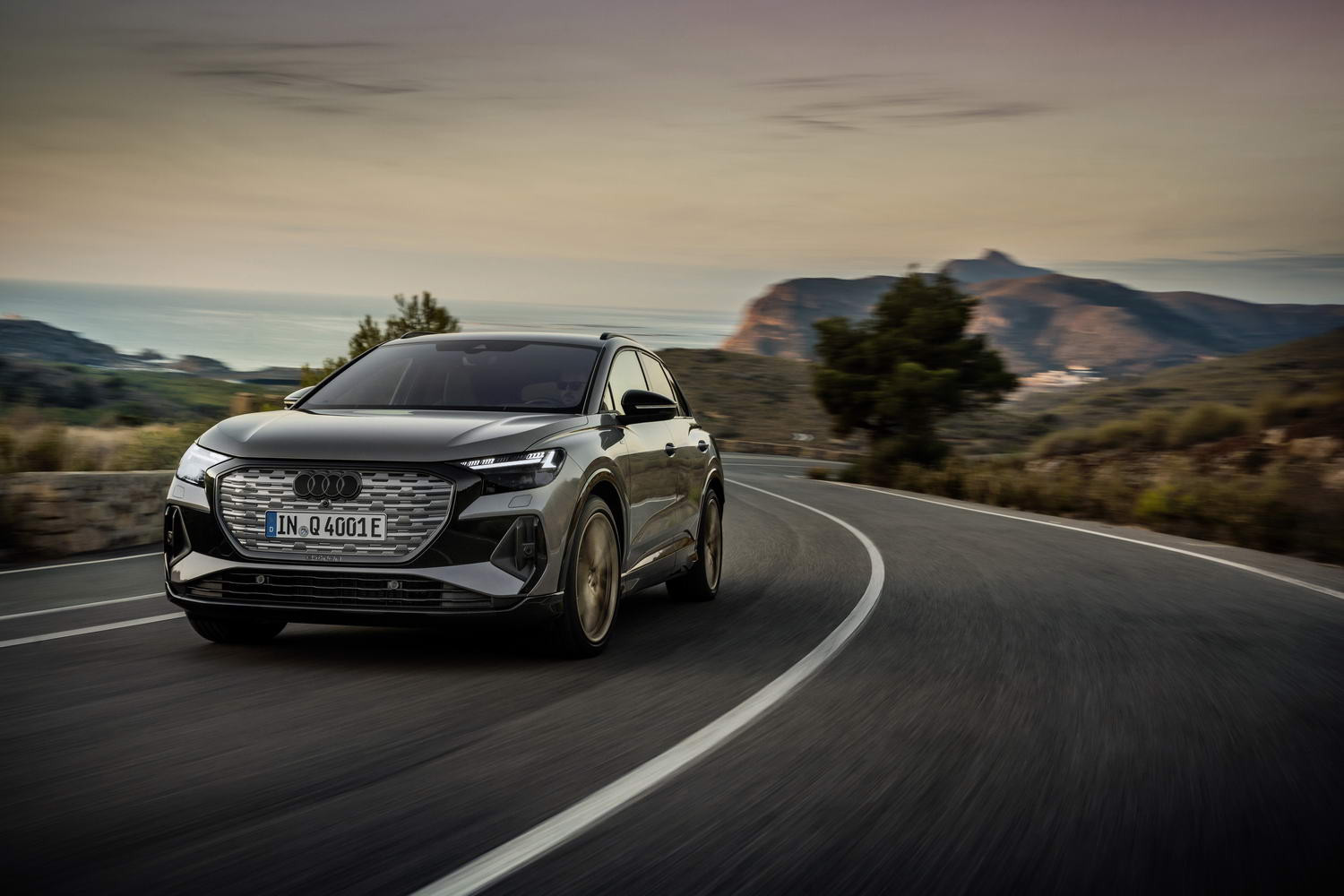 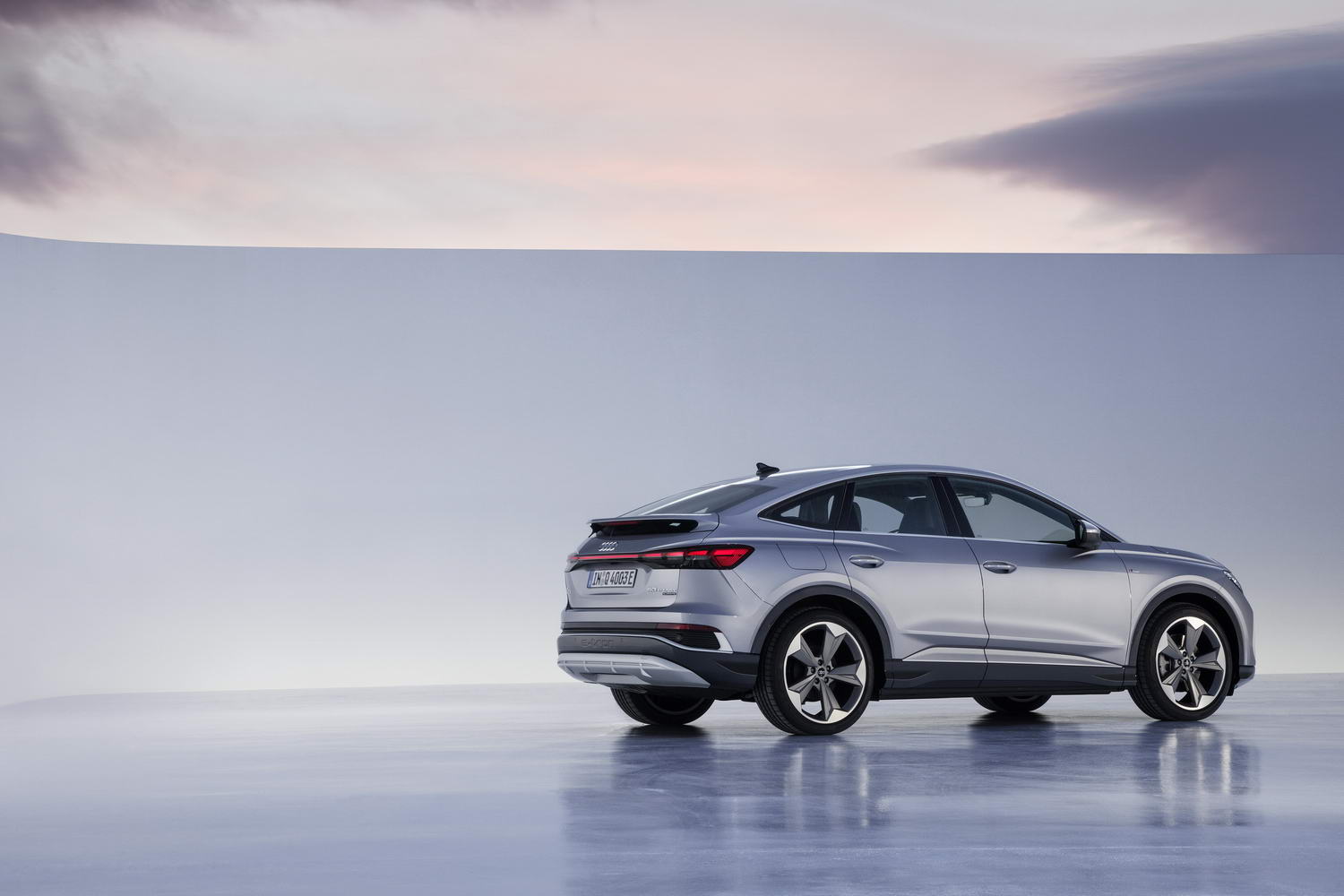 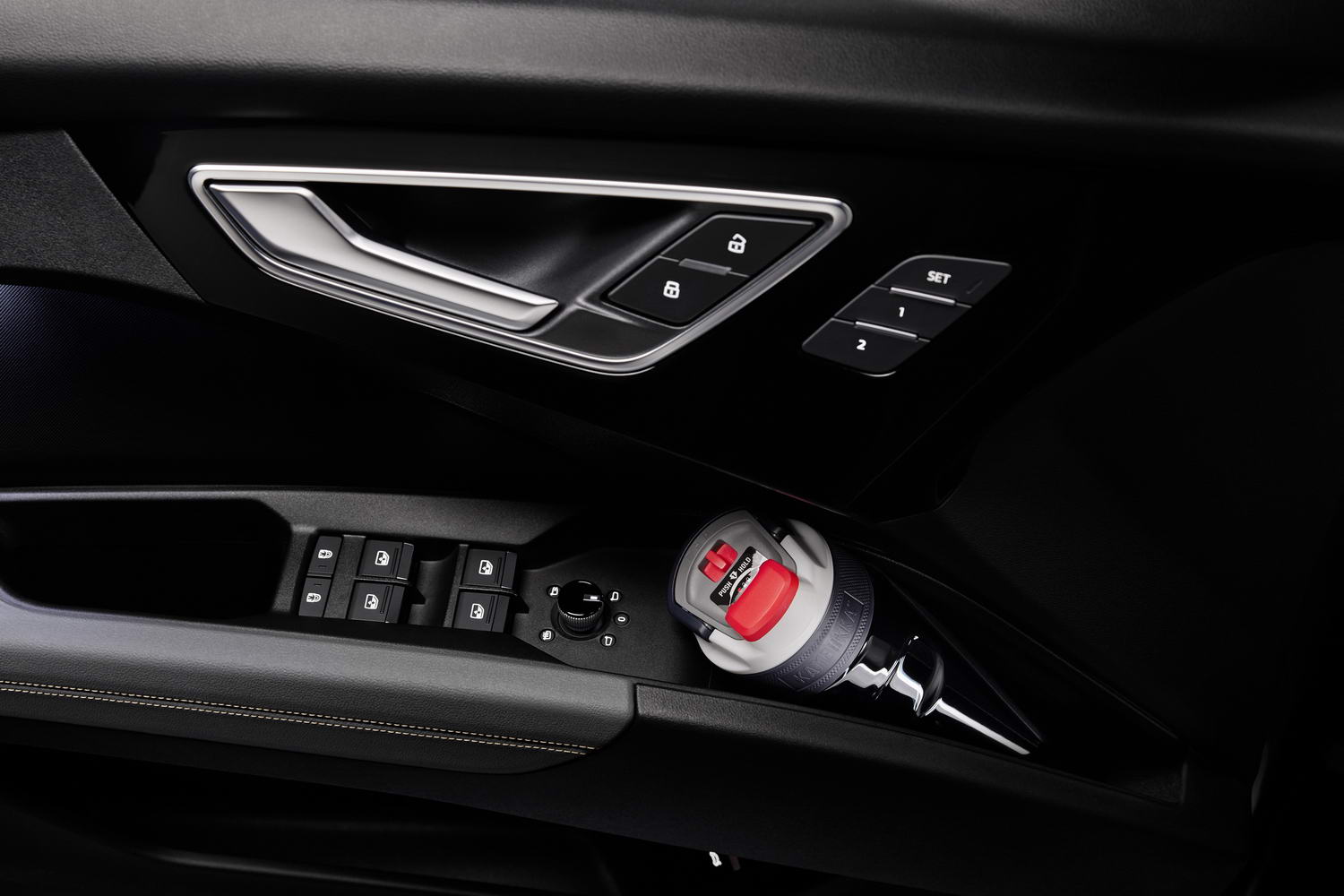 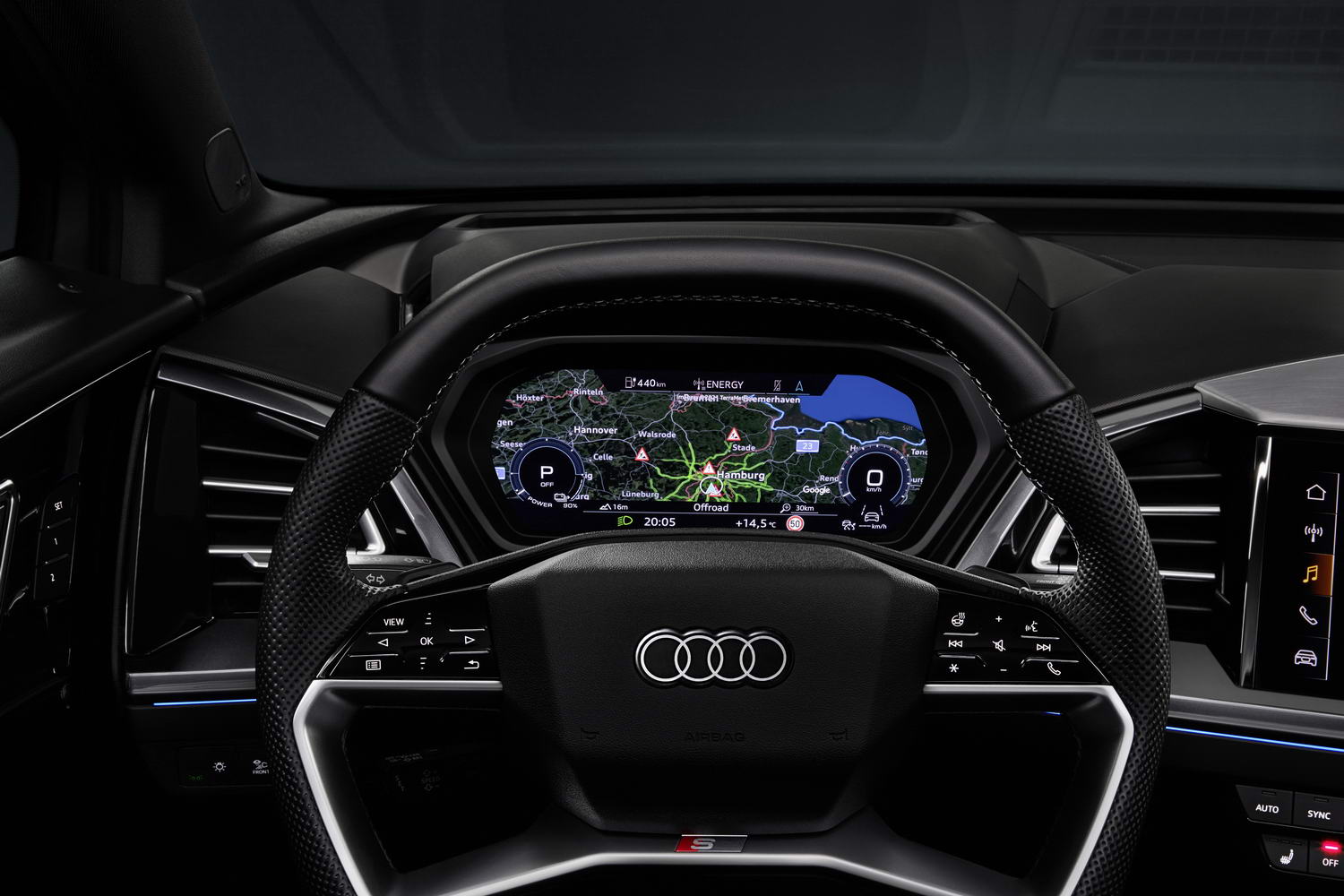 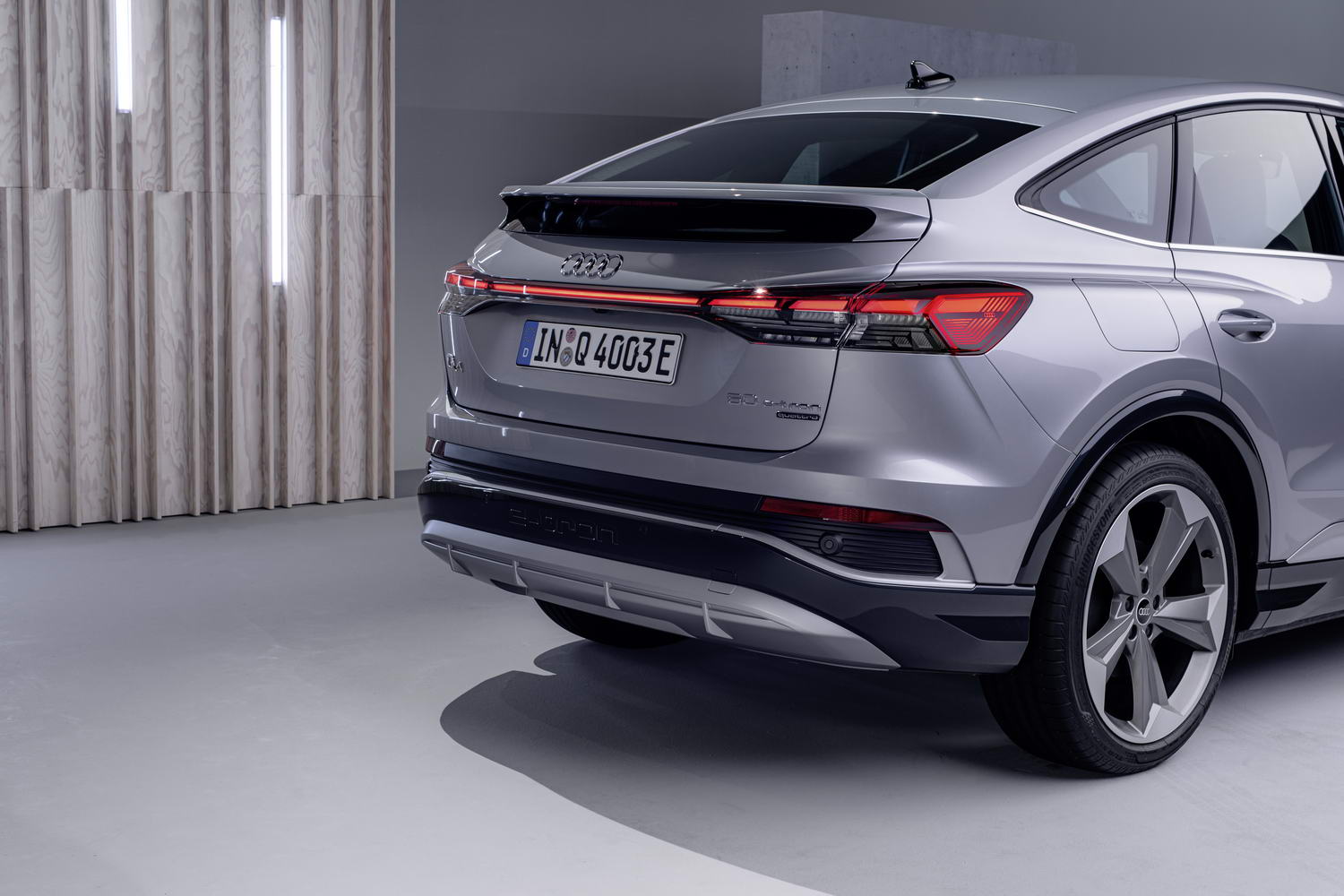 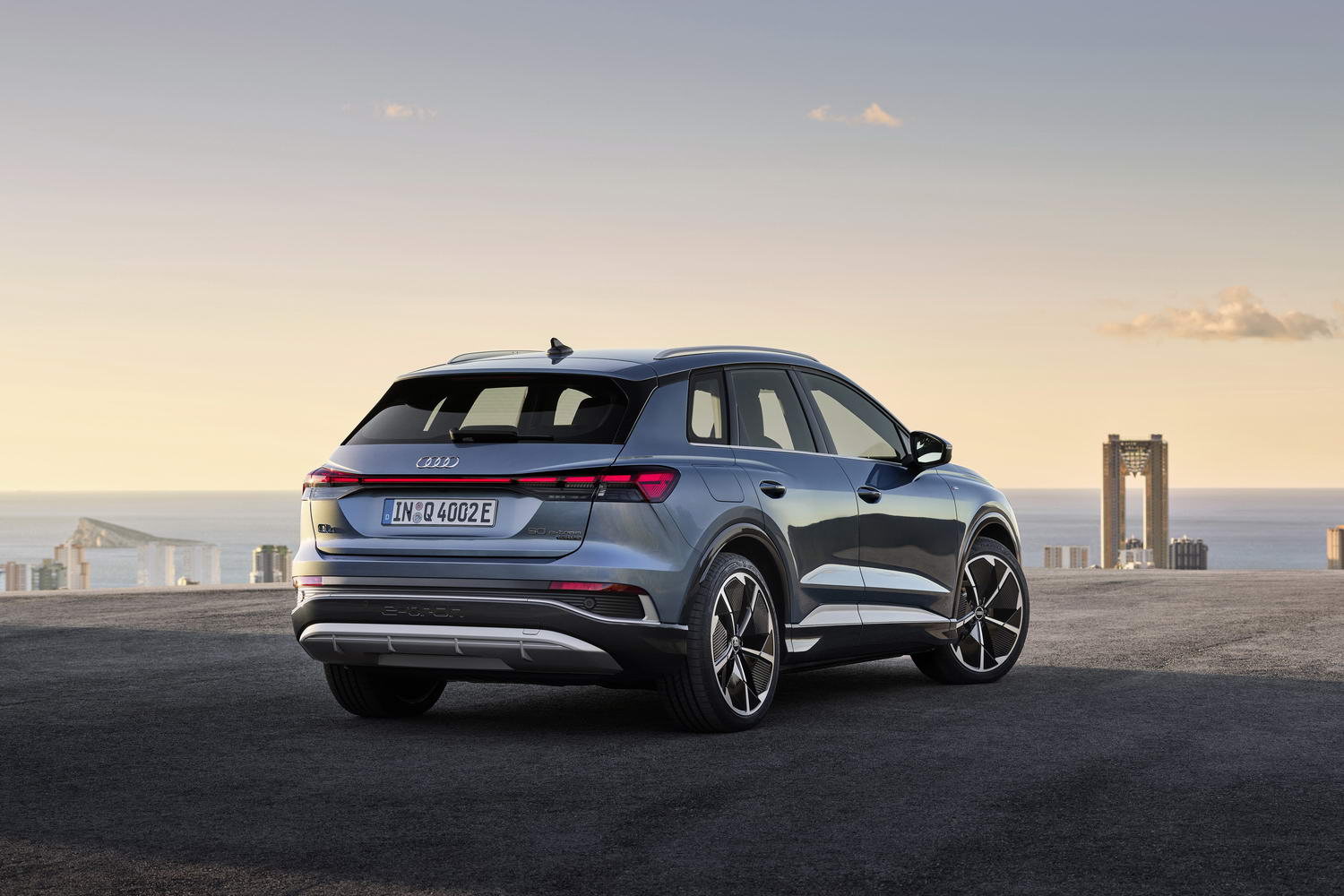 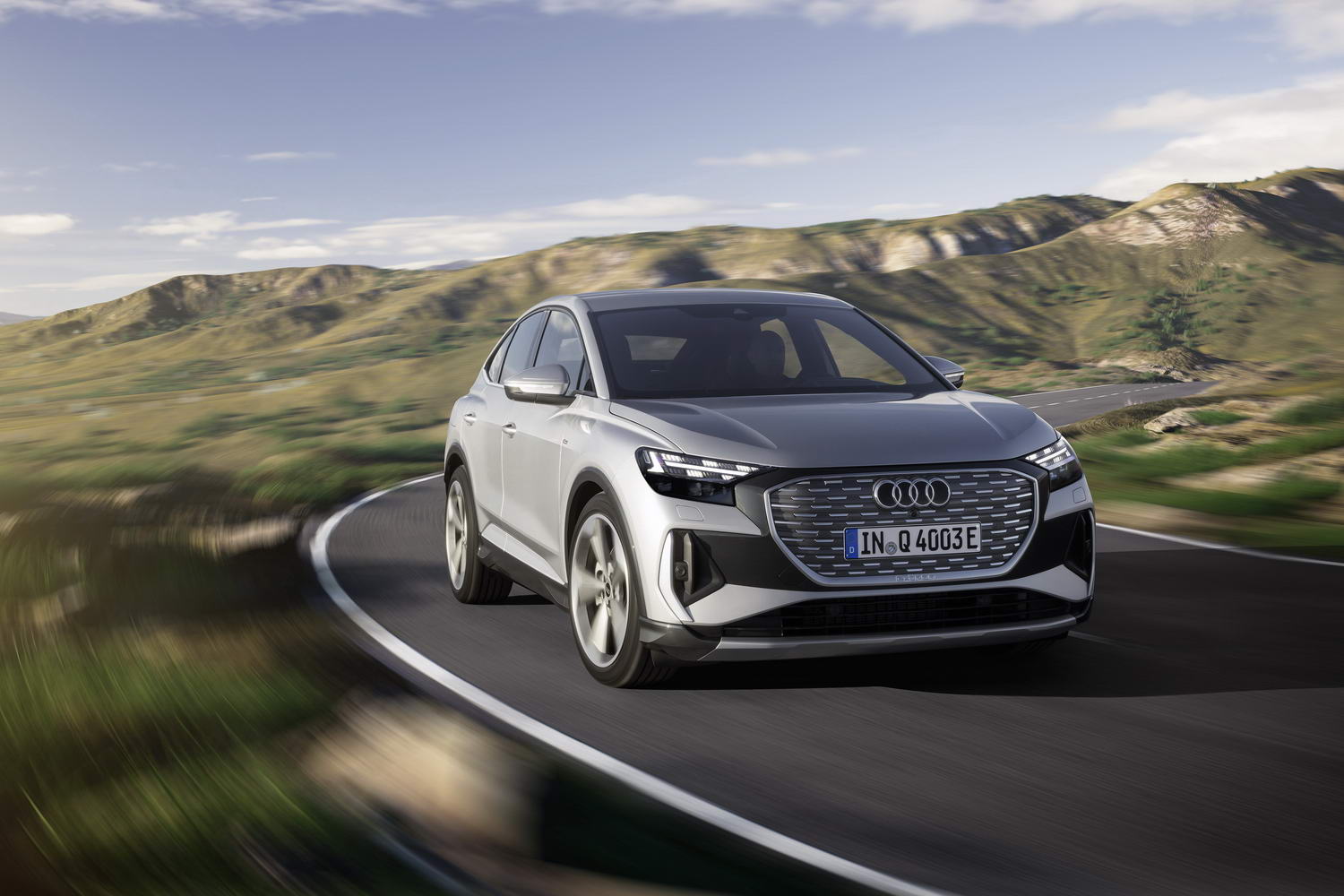 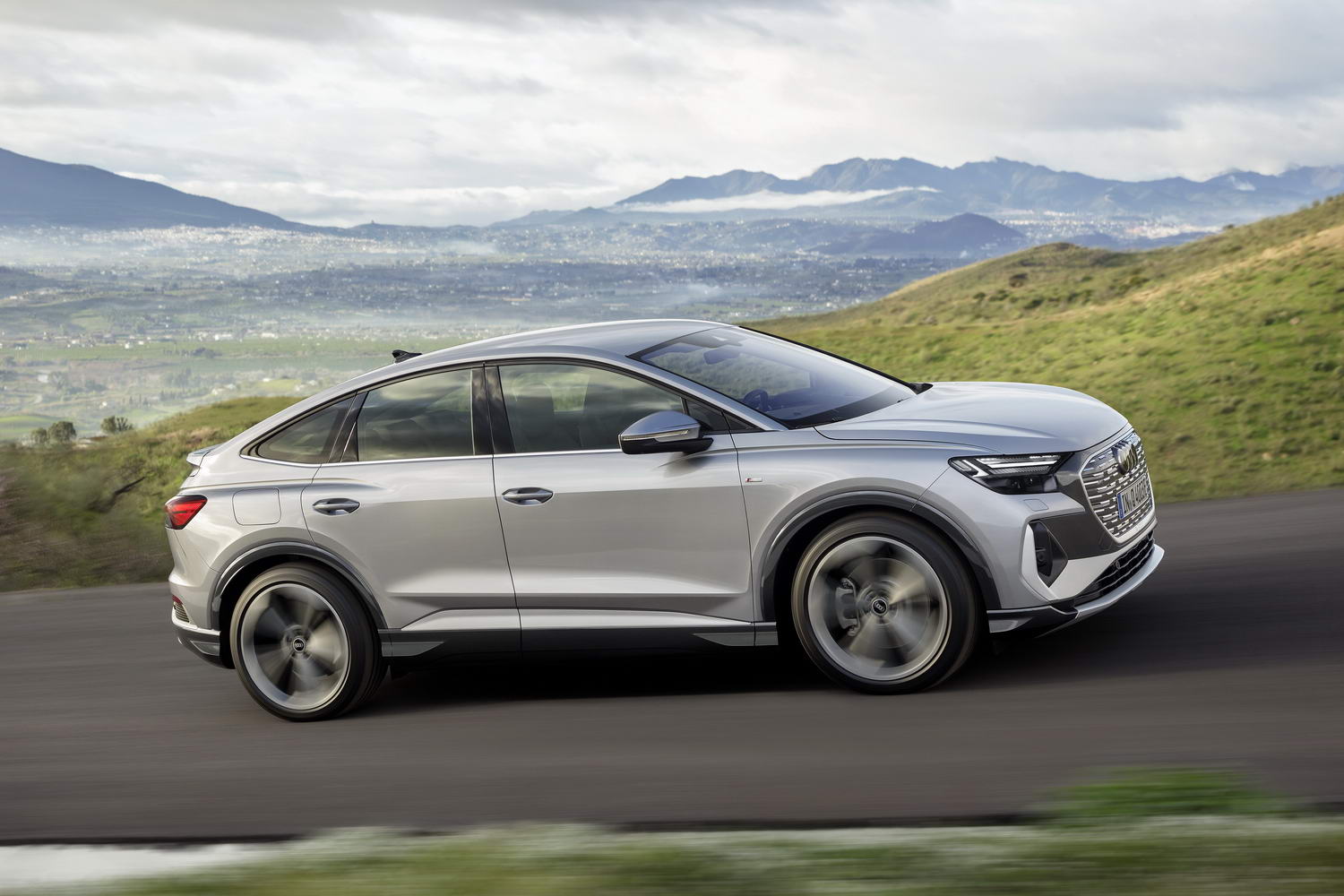 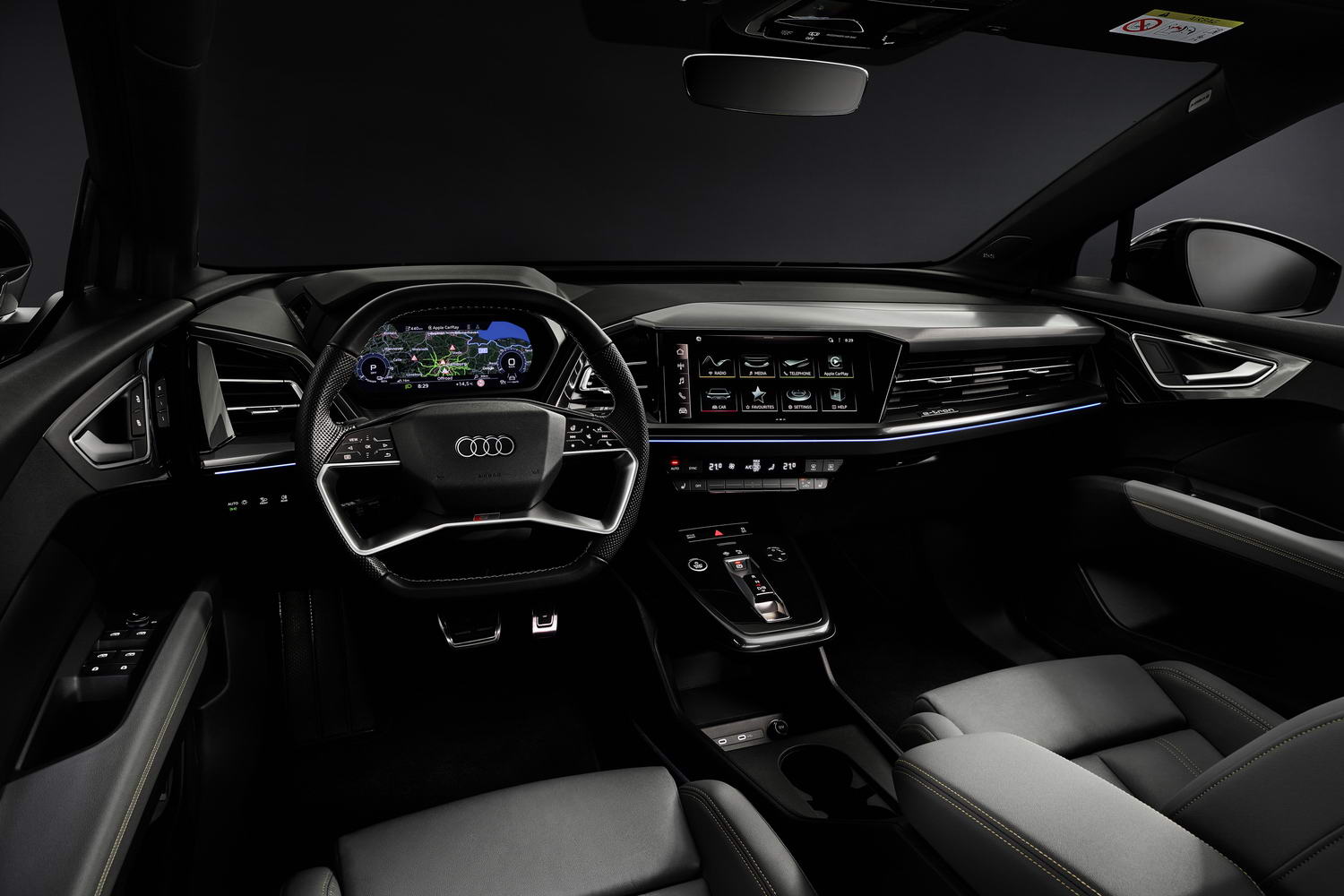 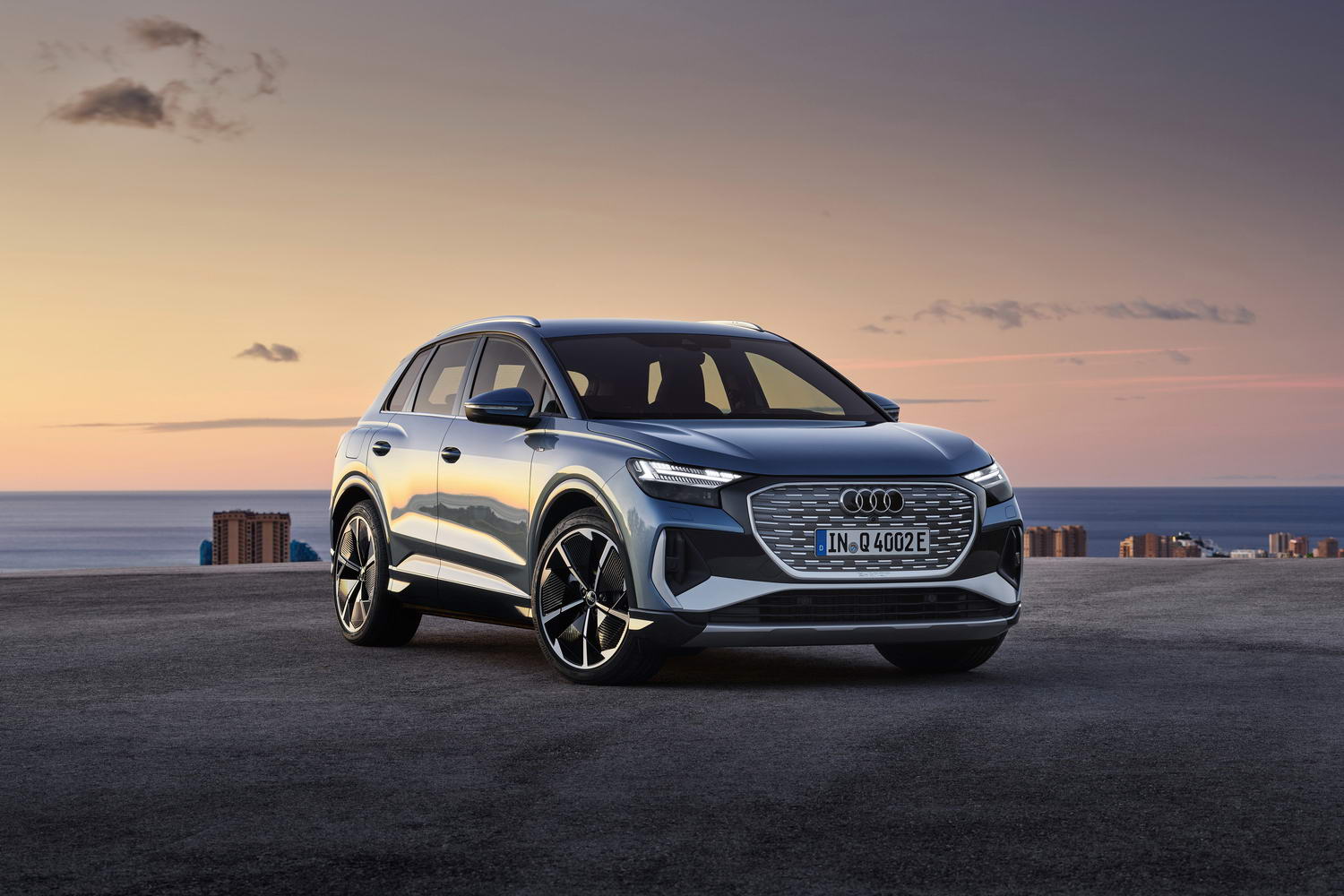 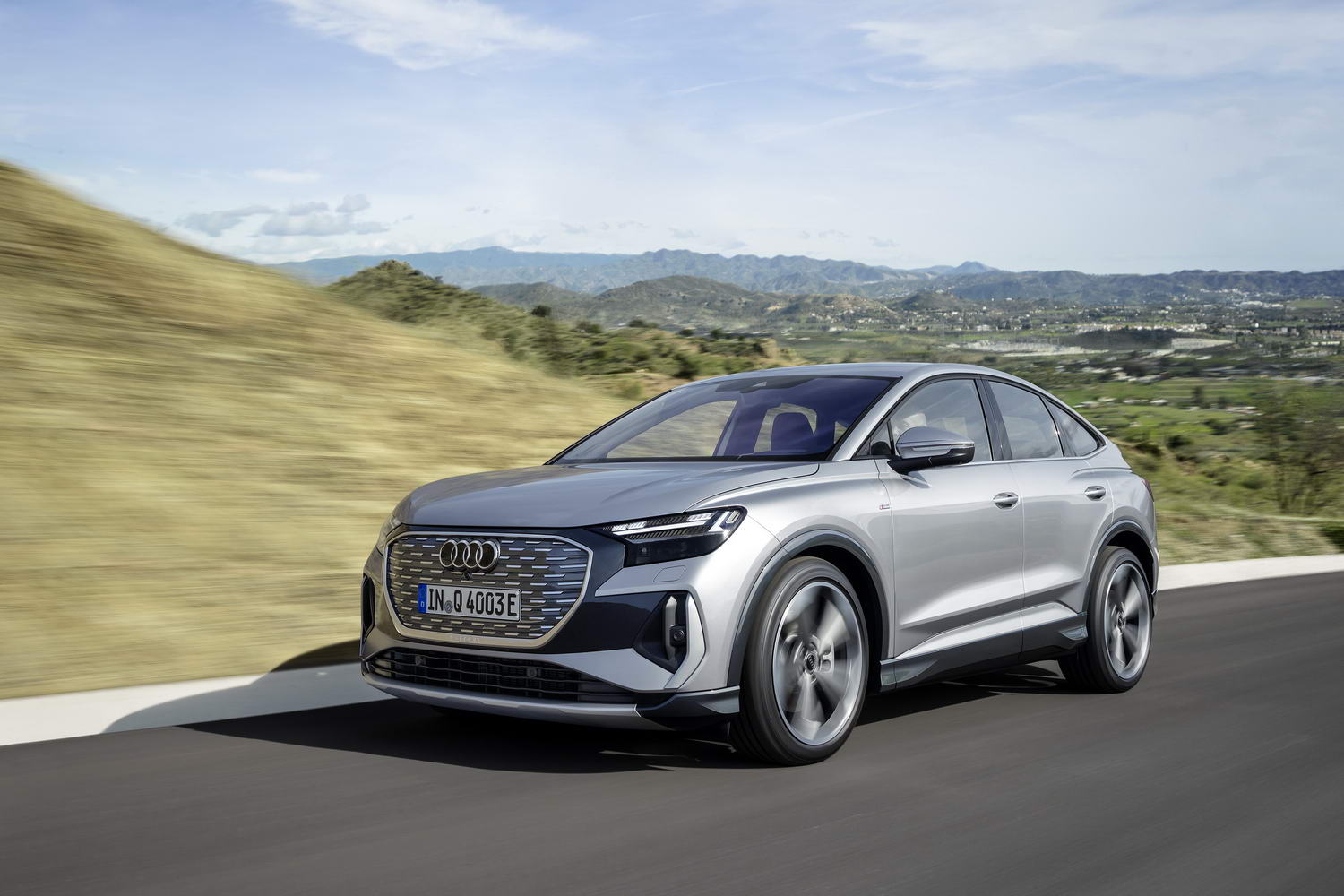 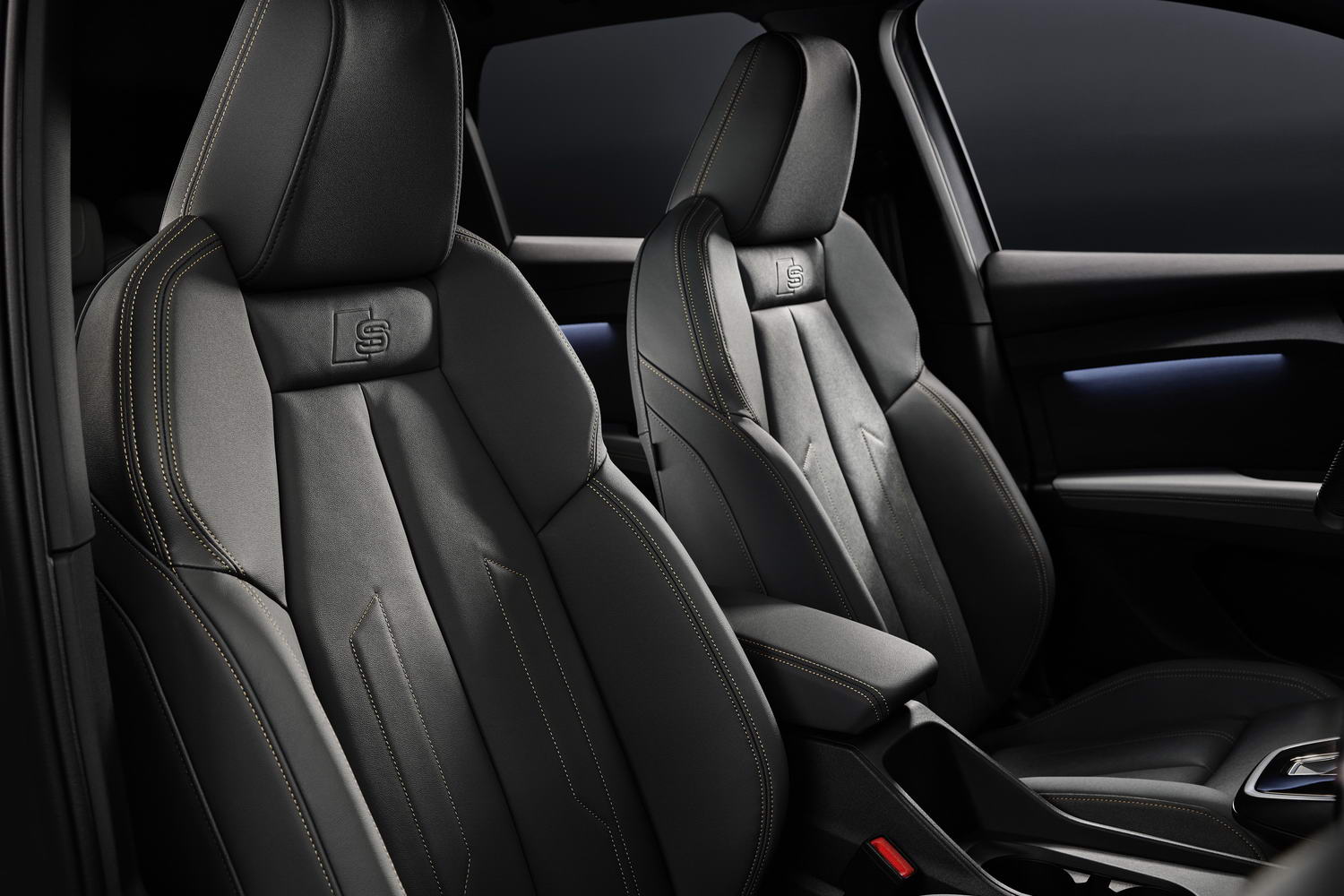 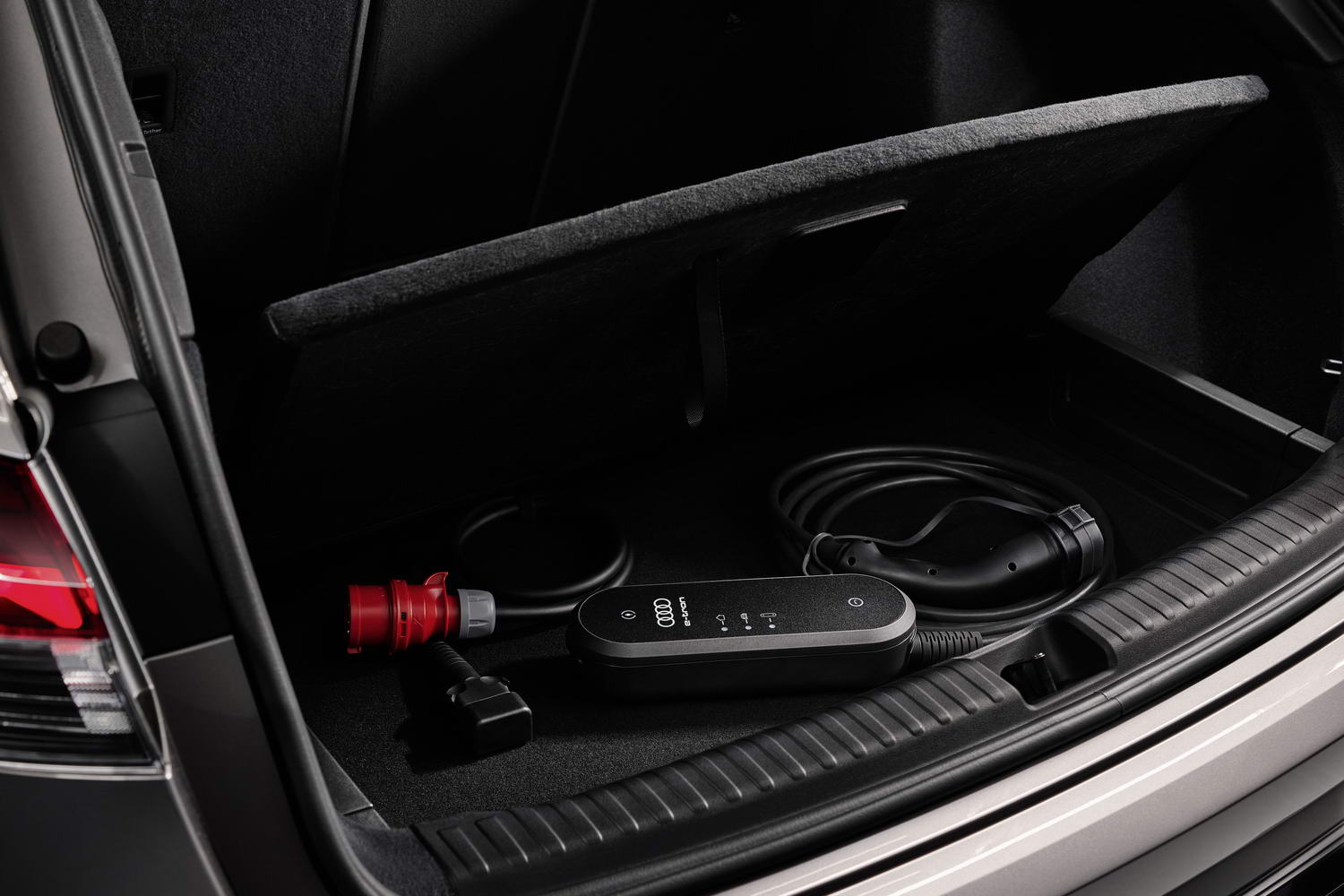 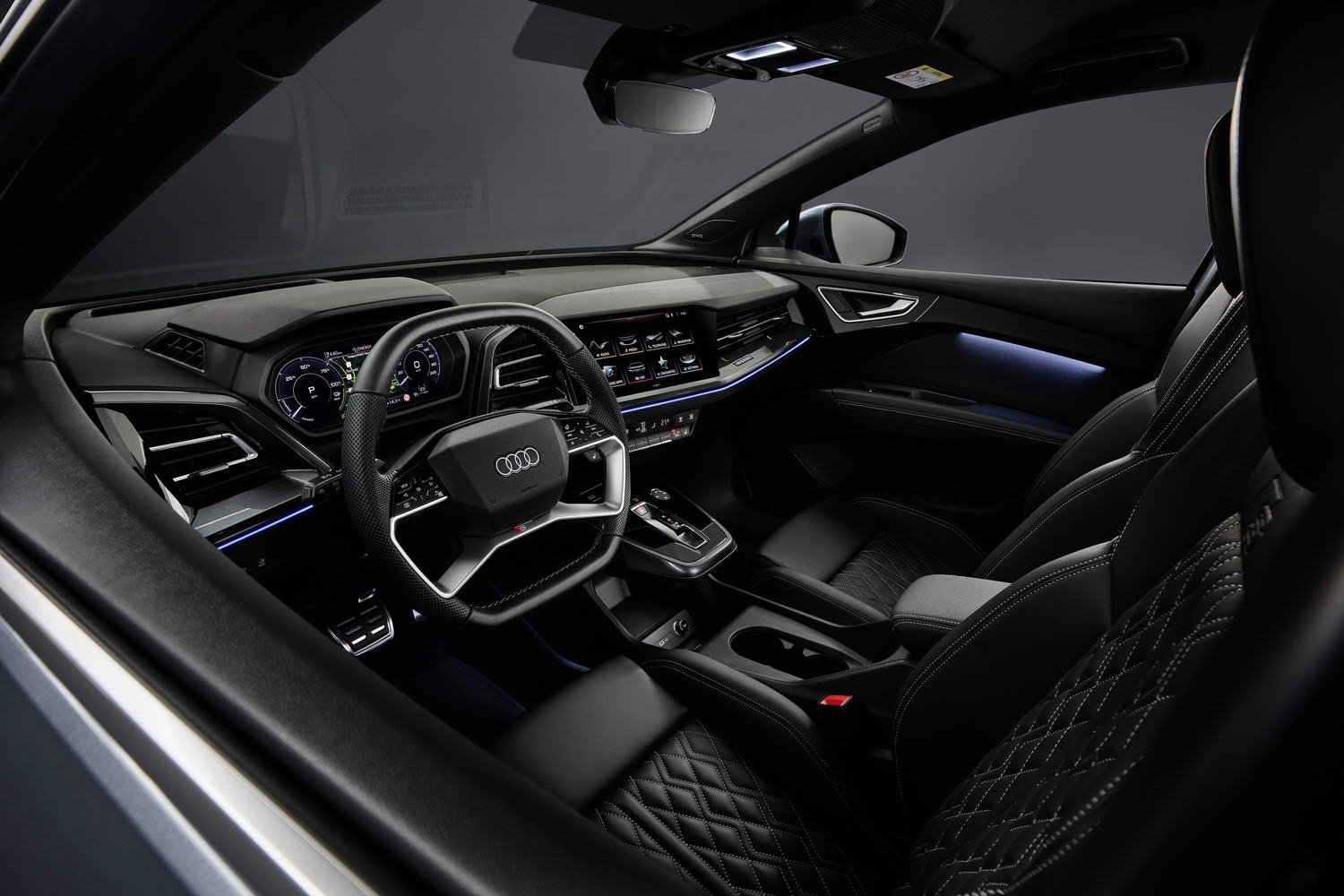 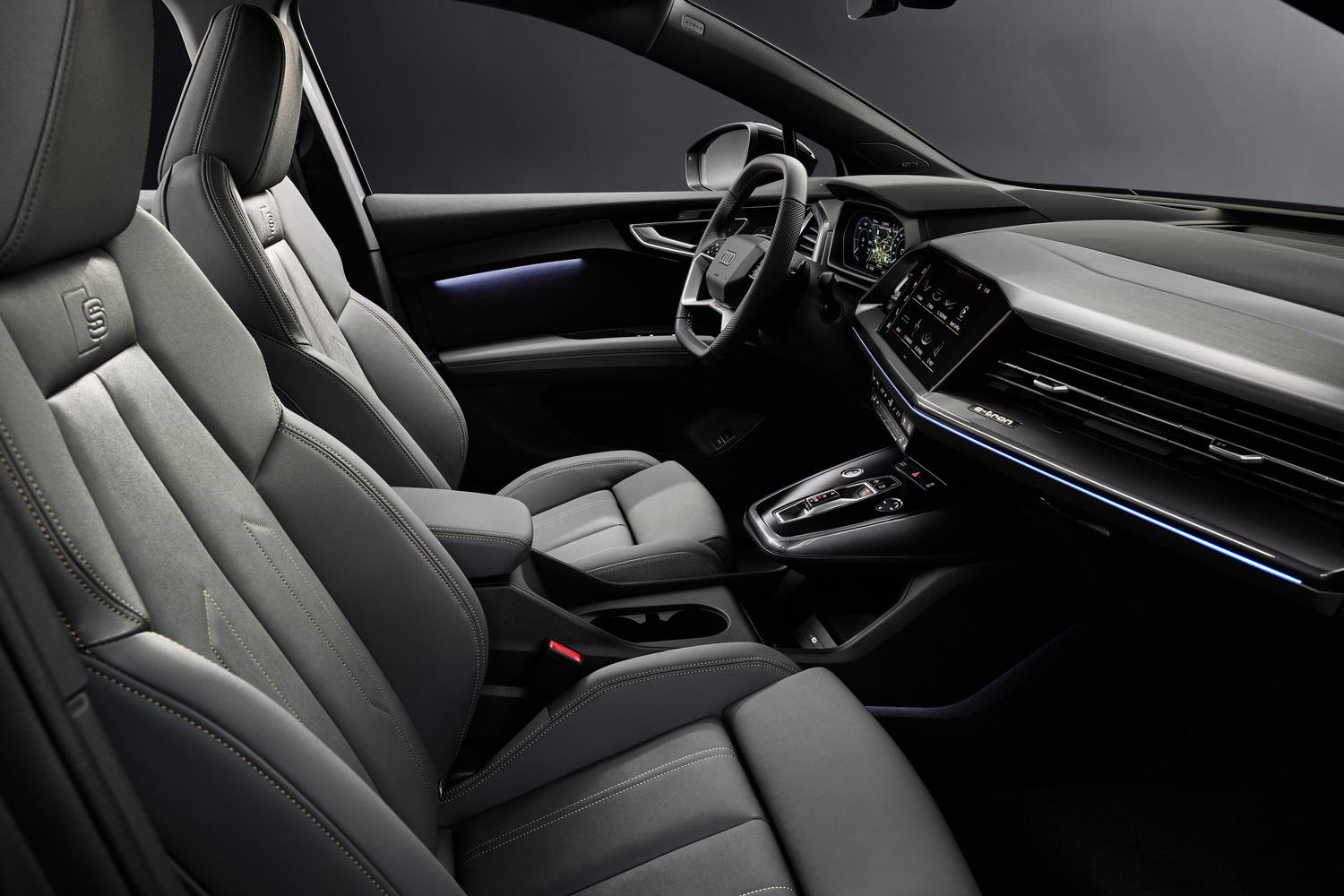 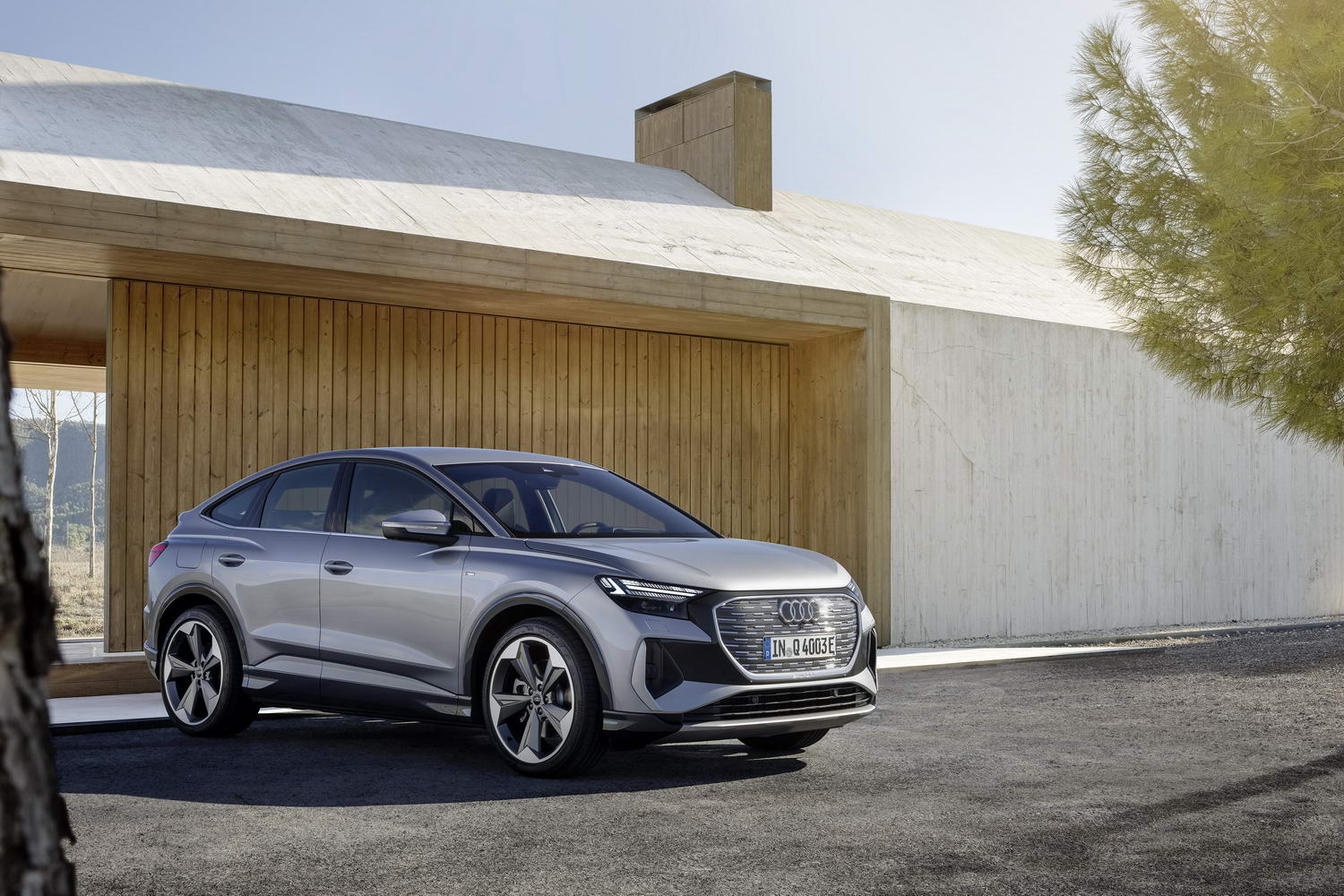 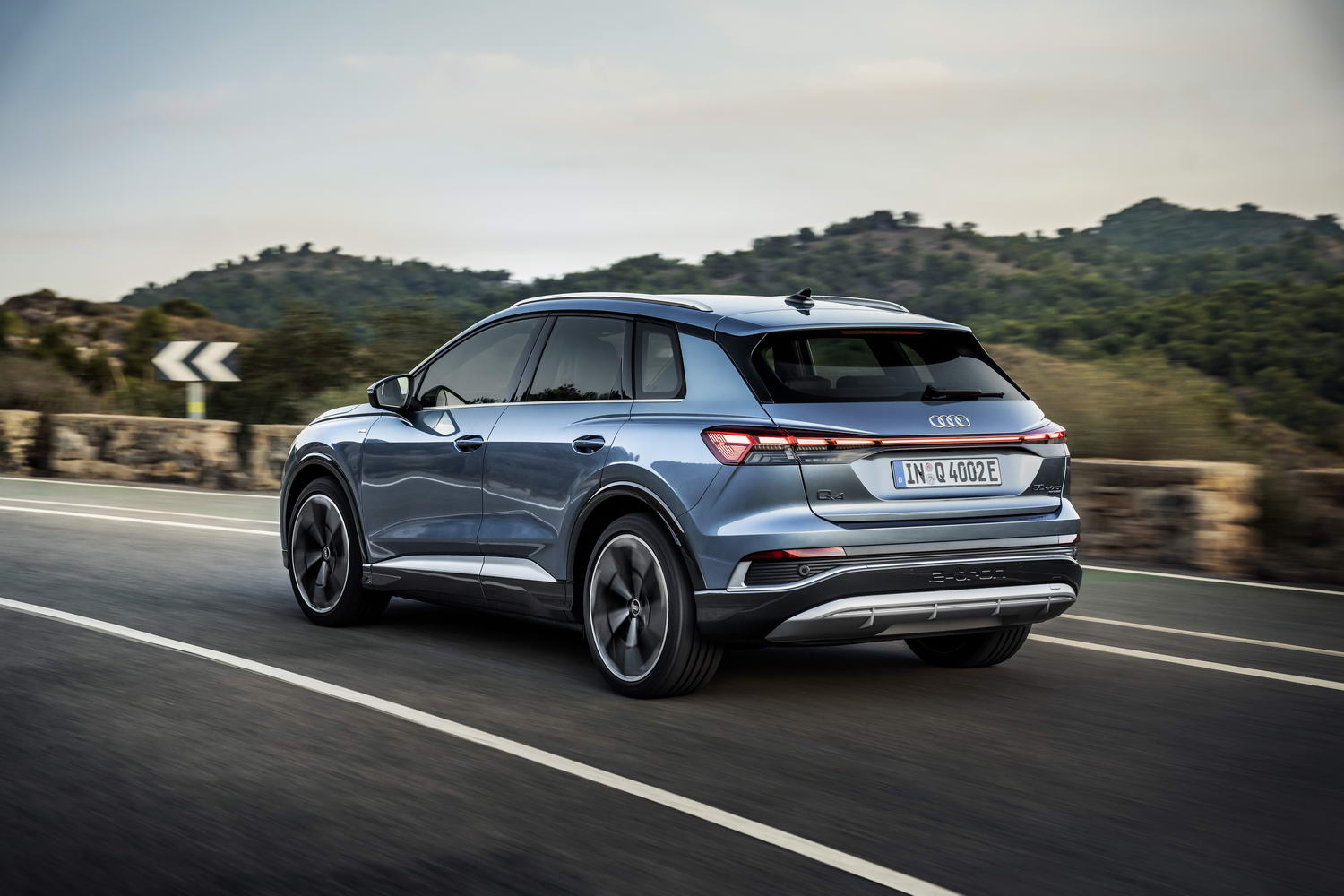 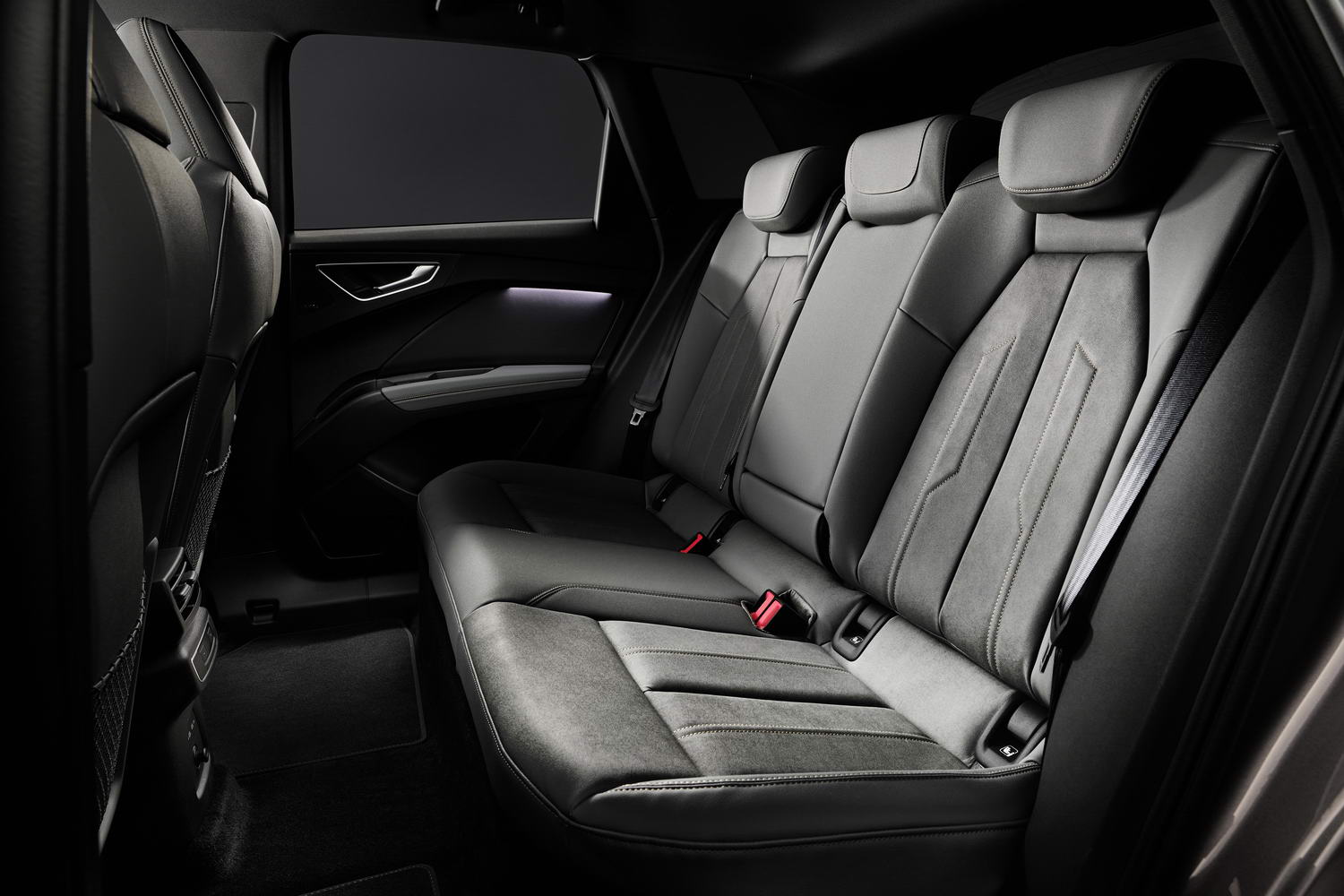 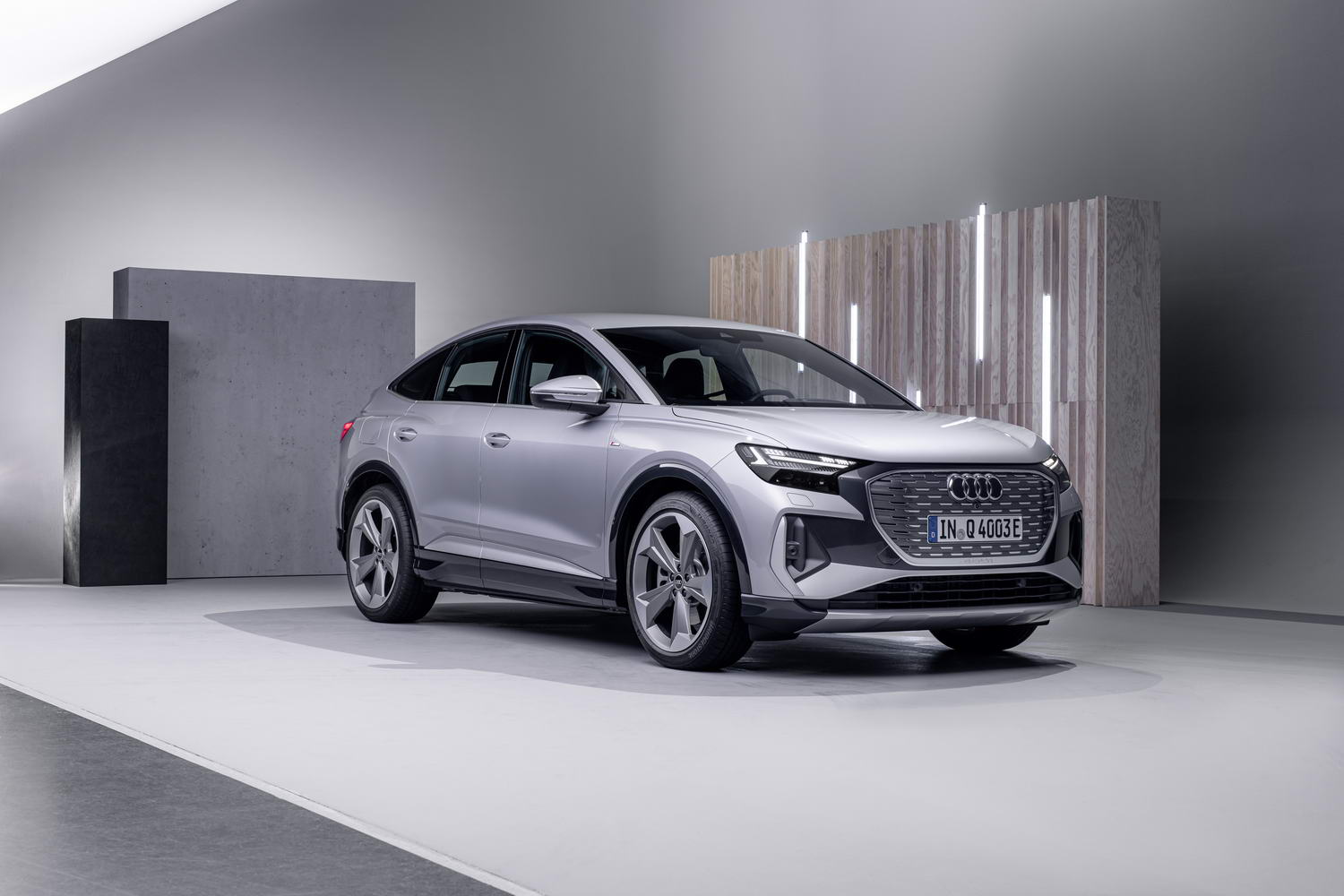 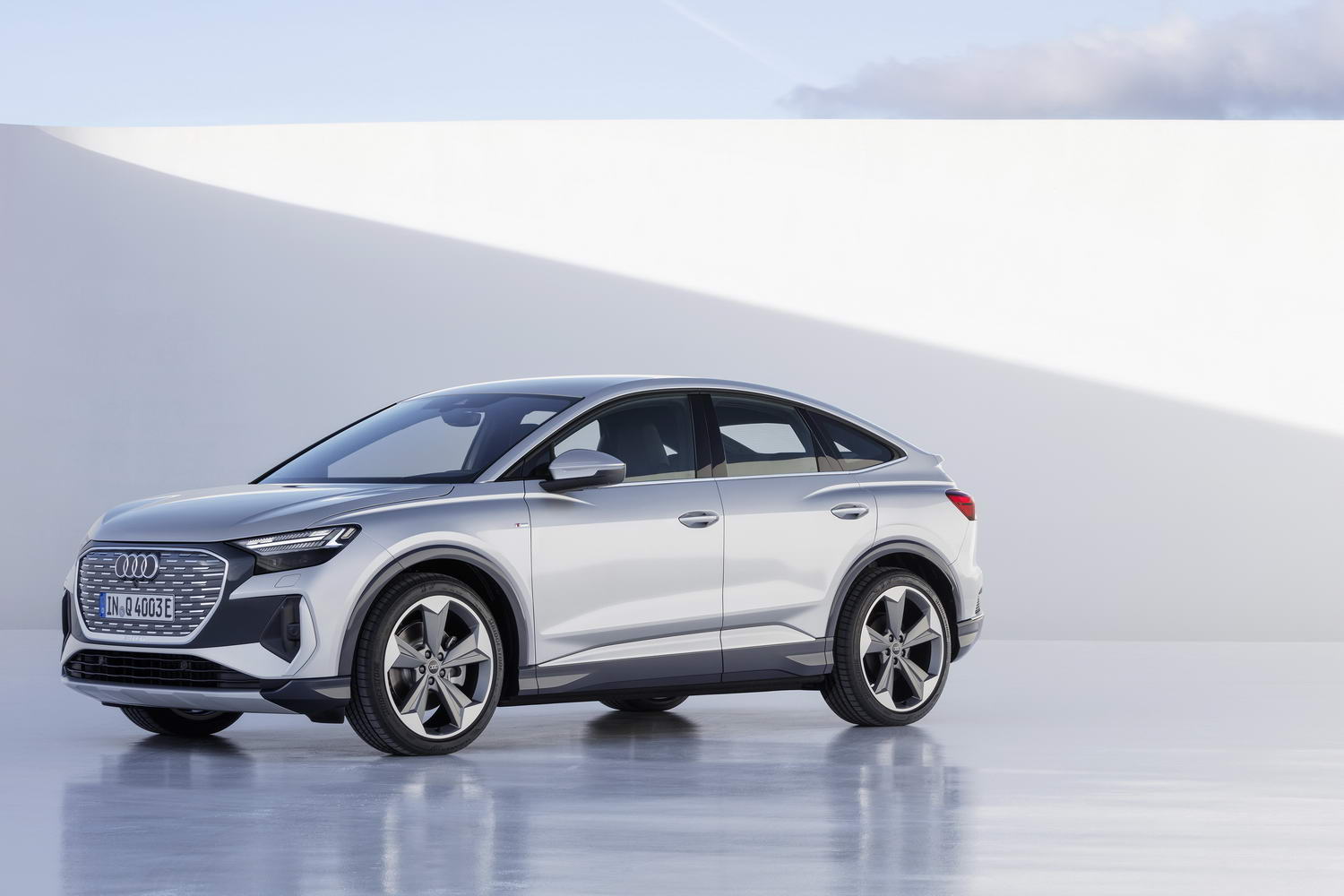 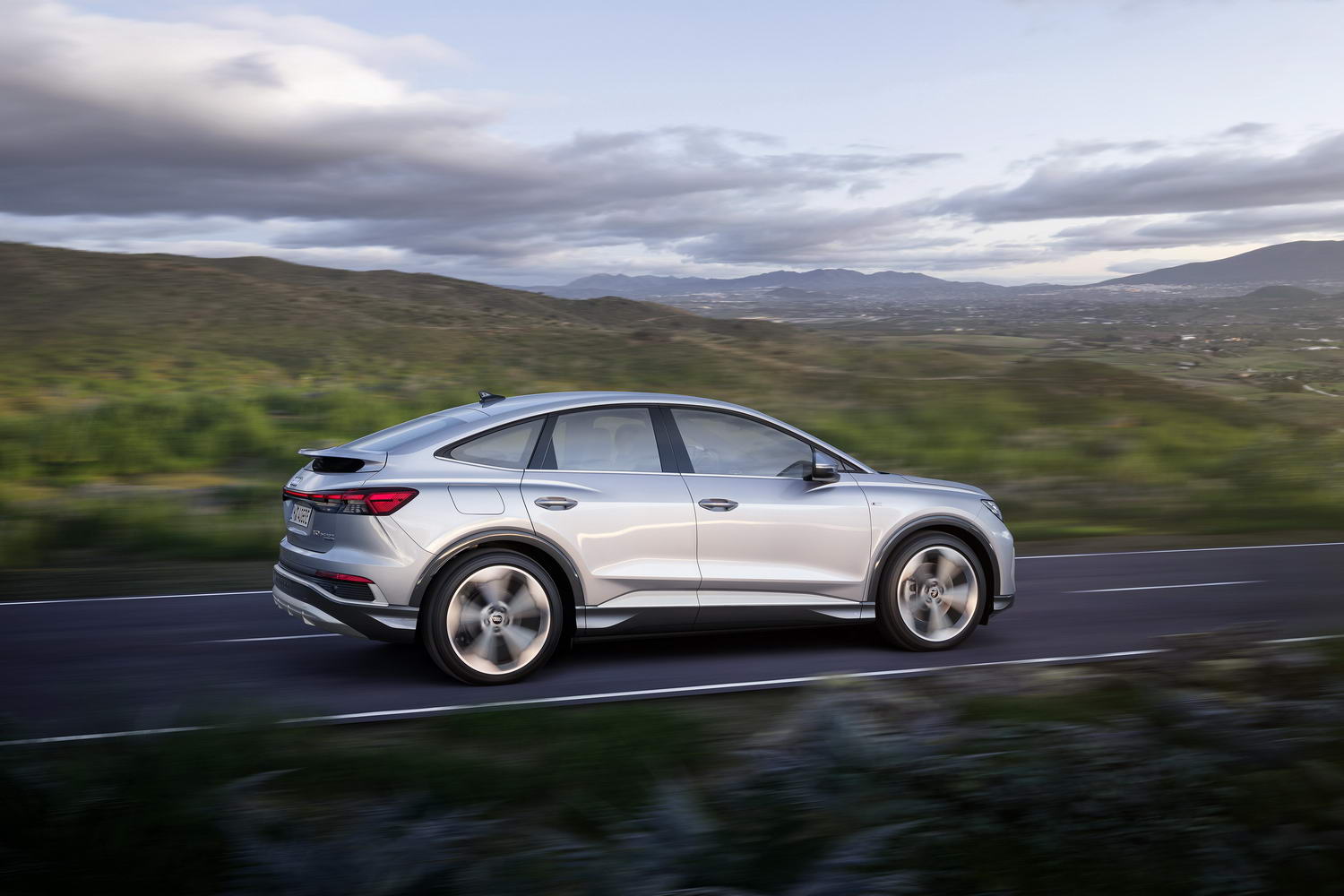 Audi has taken the wraps off its latest EV, the new Q4 e-tron. Available in regular SUV and Sportback body styles from the off, Irish order books open tomorrow (April 15) for first deliveries in Ireland in time for the July 2021 registration change to the '212' prefix. Pricing including incentives is set to start from €41,465.

Sharing its EV-specific platform with the likes of the Volkswagen ID.4 and Skoda Enyaq, the Audi Q4 e-tron will be available with three distinct electric powertrain options, two with rear-wheel drive and one quattro four-wheel drive model. A heat pump is likely to be optional across the board.

The Q4 35 e-tron is the entry-level model, featuring the smallest battery pack and lowest performance. Its lithium-ion battery has a net energy capacity of 52kWh, allowing a WLTP range of up to 341 kilometres. In the Q4 e-tron Sportback it manages 349km as it has a lower coefficient of drag. This car's battery can charge at up to 7.2- or 100kW on AC and DC chargers, respectively. In terms of performance, there's 170hp and 310Nm on tap, resulting in a 0-100km/h time of 9.0 seconds for both body styles.

Topping the line-up is the Q4 50 e-tron quattro, to be sold exclusively in S line specification. It gets an extra electric motor, turning the front wheels, for total power and torque outputs of 299hp and 460Nm, respectively. This makes it considerably quicker than the rear-drive models, turning in a 0-100km/h time of 6.2 seconds. As the Q4 50 uses the same 77kWh battery as the (lighter) rear-drive Q4 40, its range is shorter, quoted as 488km, or 497km for the Sportback.

In terms of exterior size, the Q4 e-tron is on a par with its electric Volkswagen Group siblings, placing it slap bang in the middle of the current Audi Q3 and Q5 SUVs, as you would expect given its name.

Audi's designers have taken the style of the e-tron SUV as a starting point for the new Q4, but it's much sportier looking, with a distinctly short front overhang, prominent blisters over the wheelarches and stylish LED rear lights that ape those of the e-tron GT. The Q4 e-tron Sportback looks perter again thanks to its more raked rear window, which features a boot spoiler. It helps that the minimum wheel size across the range measures 19 inches.

The Q4 e-tron marks the 'world first' introduction of selectable digital light signatures, according to Audi. LED lights are standard, which can be upgraded to Matrix LED headlights.

The high-set dashboard of the Q4 e-tron has elements of the Audi e-tron GT in its make-up, including a large central touchscreen (up to 11.6 inches across the diagonal) angled toward the driver. The same minimal climate control cluster and drive selector concept are also employed, though the latter is mounted on a 'floating' shelf, freeing up space underneath for storage. A distinctive new steering wheel allows ample room to view the digital instrumentation and an augmented reality head-up display is optional.

In the back, there's no 'transmission tunnel' impeding on legroom, so there's space for three adults. The rear seat backs split and fold down to allow up to 1,490 litres of cargo, or 535 litres with all seats in use. Those numbers are a little lower for the Sportback, though it does get an electric tailgate as standard. The rear-drive Q4 e-trons are rated to tow a braked load of up to 1,000kg, while the quattro version can tow 1,200kg.