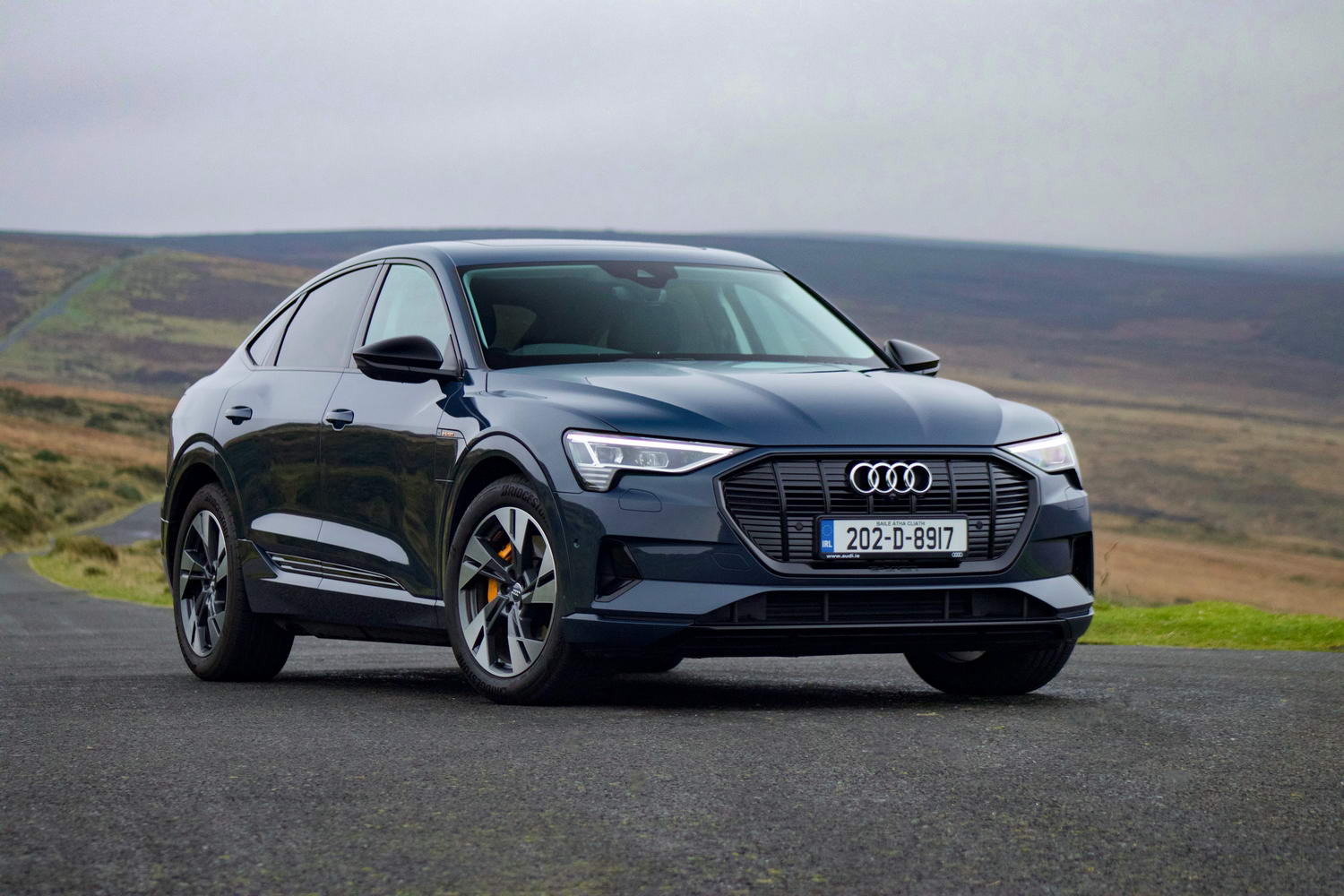 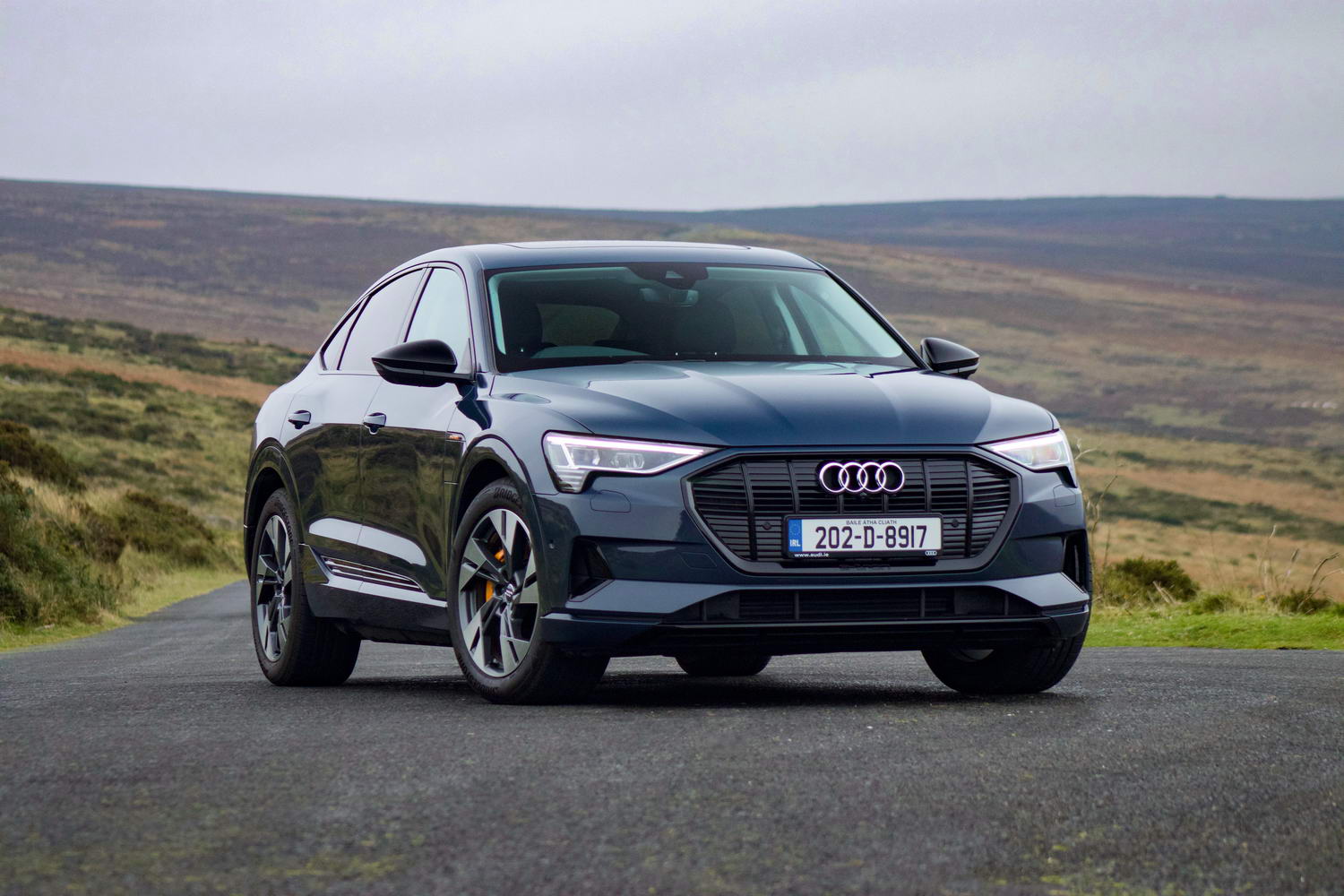 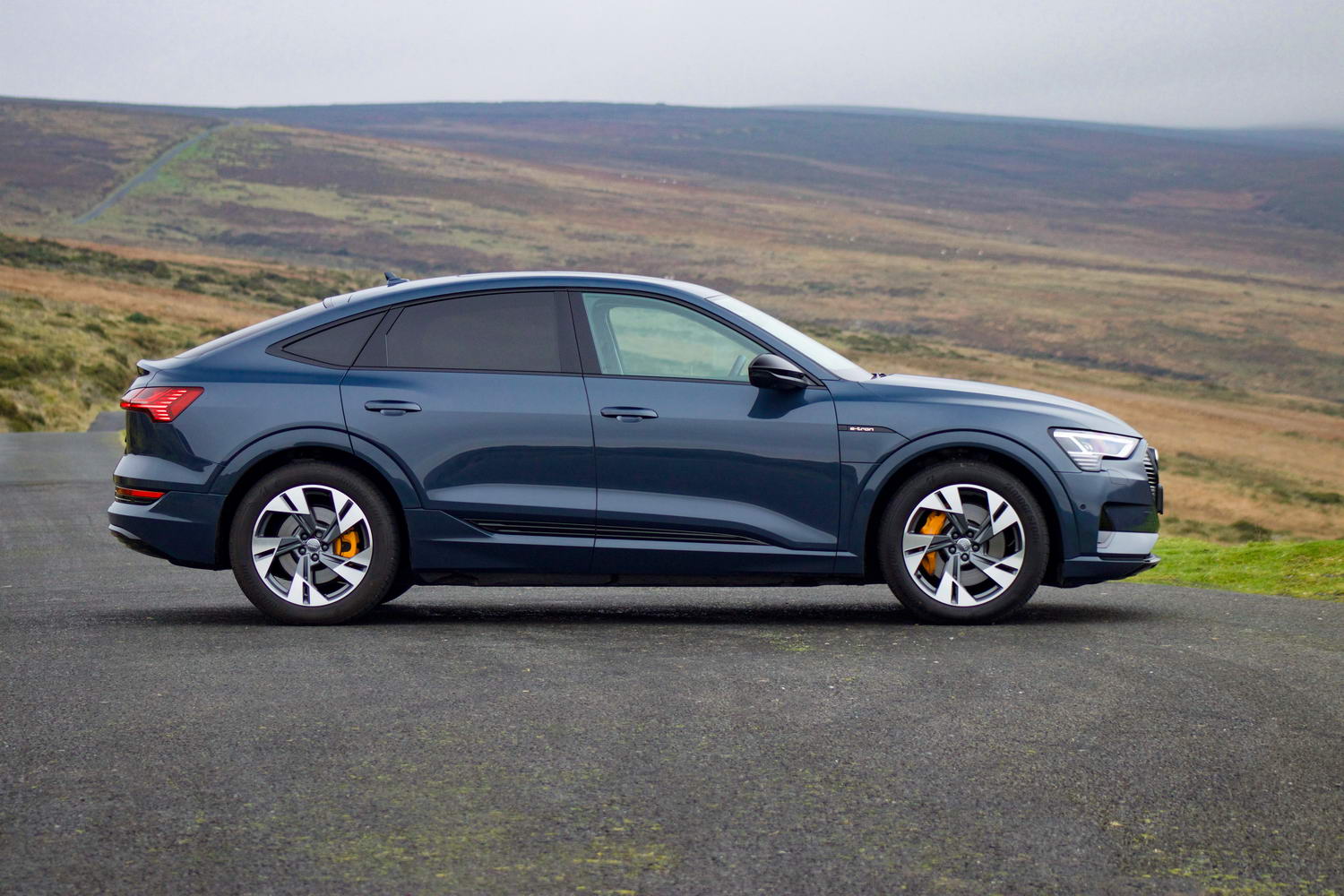 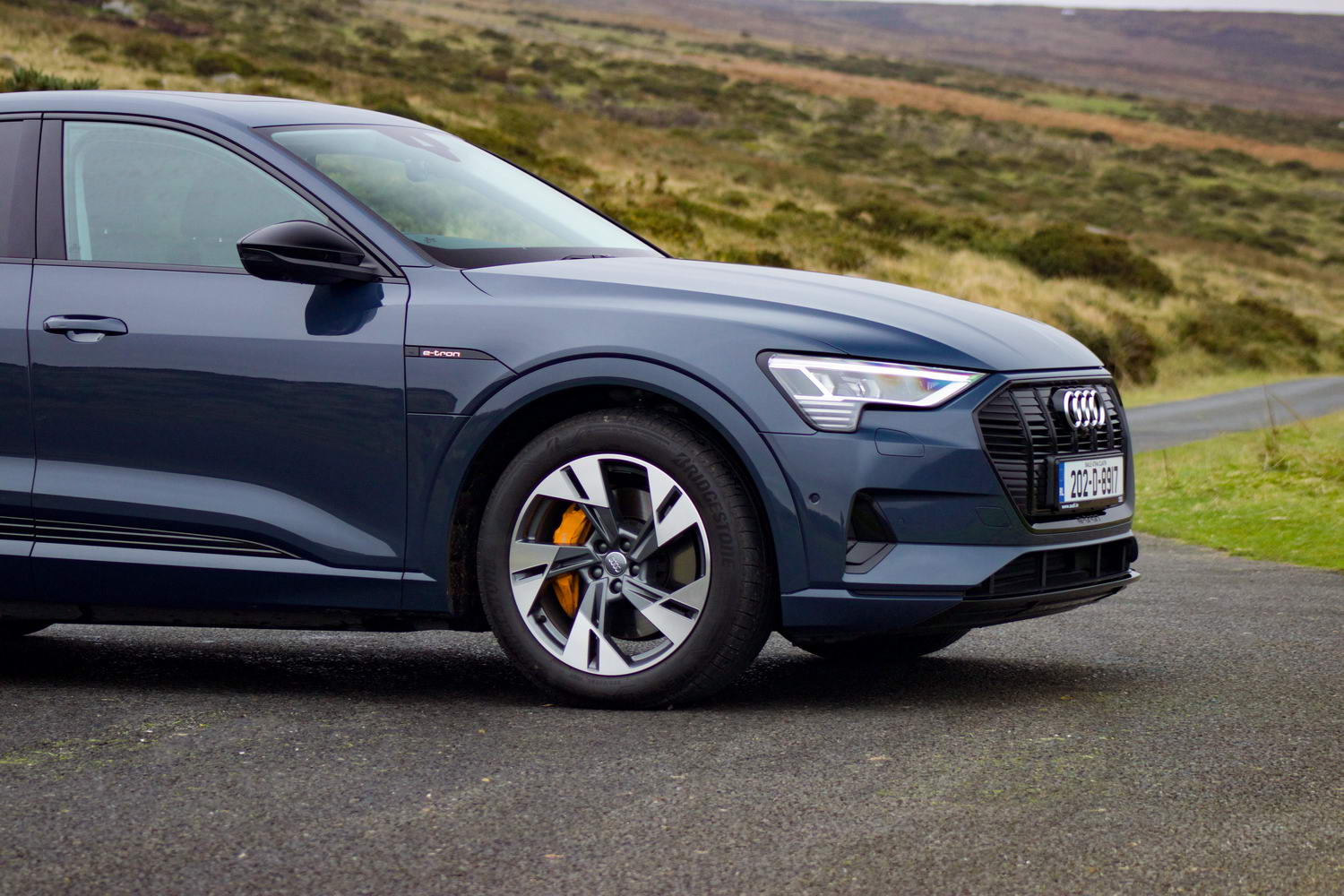 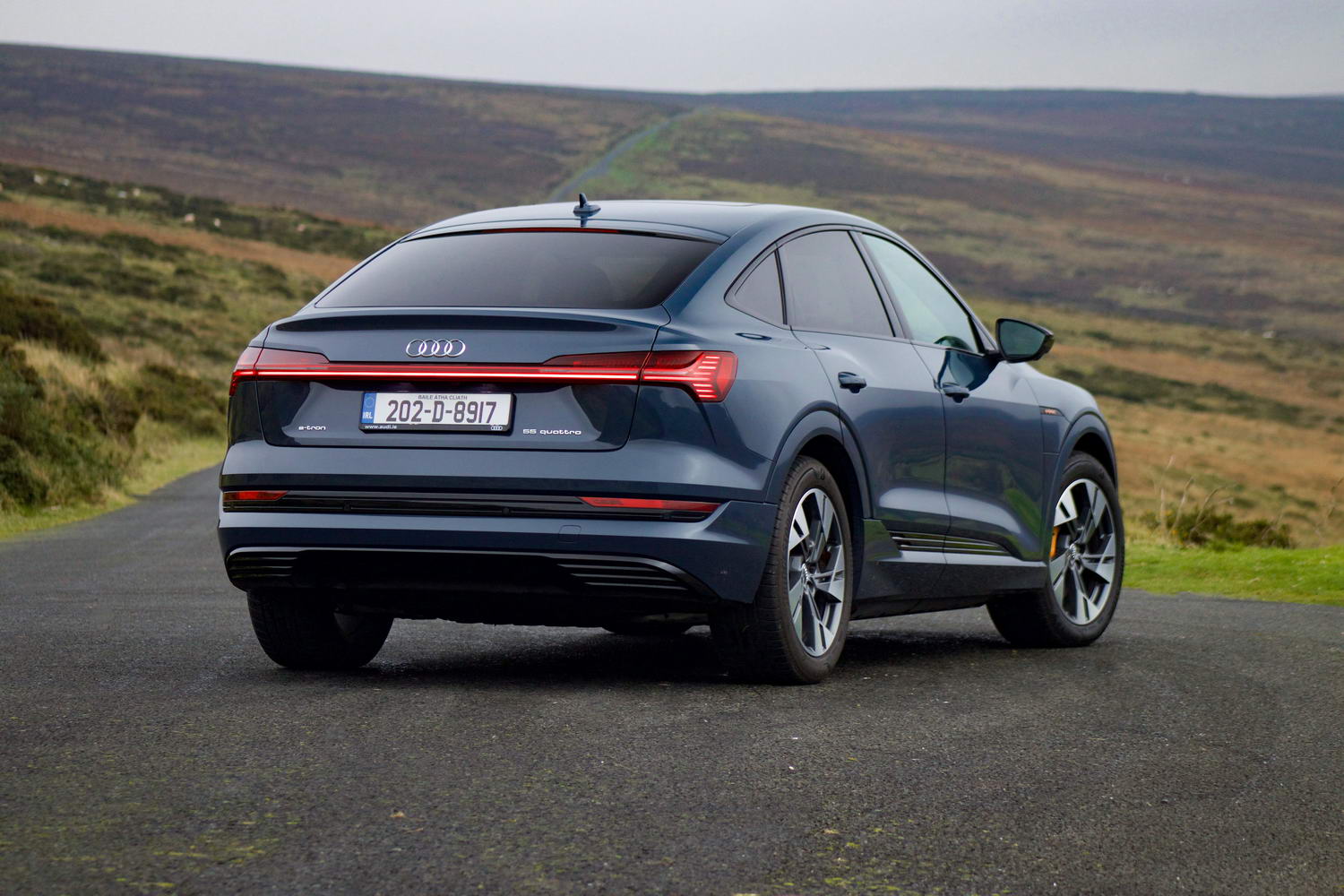 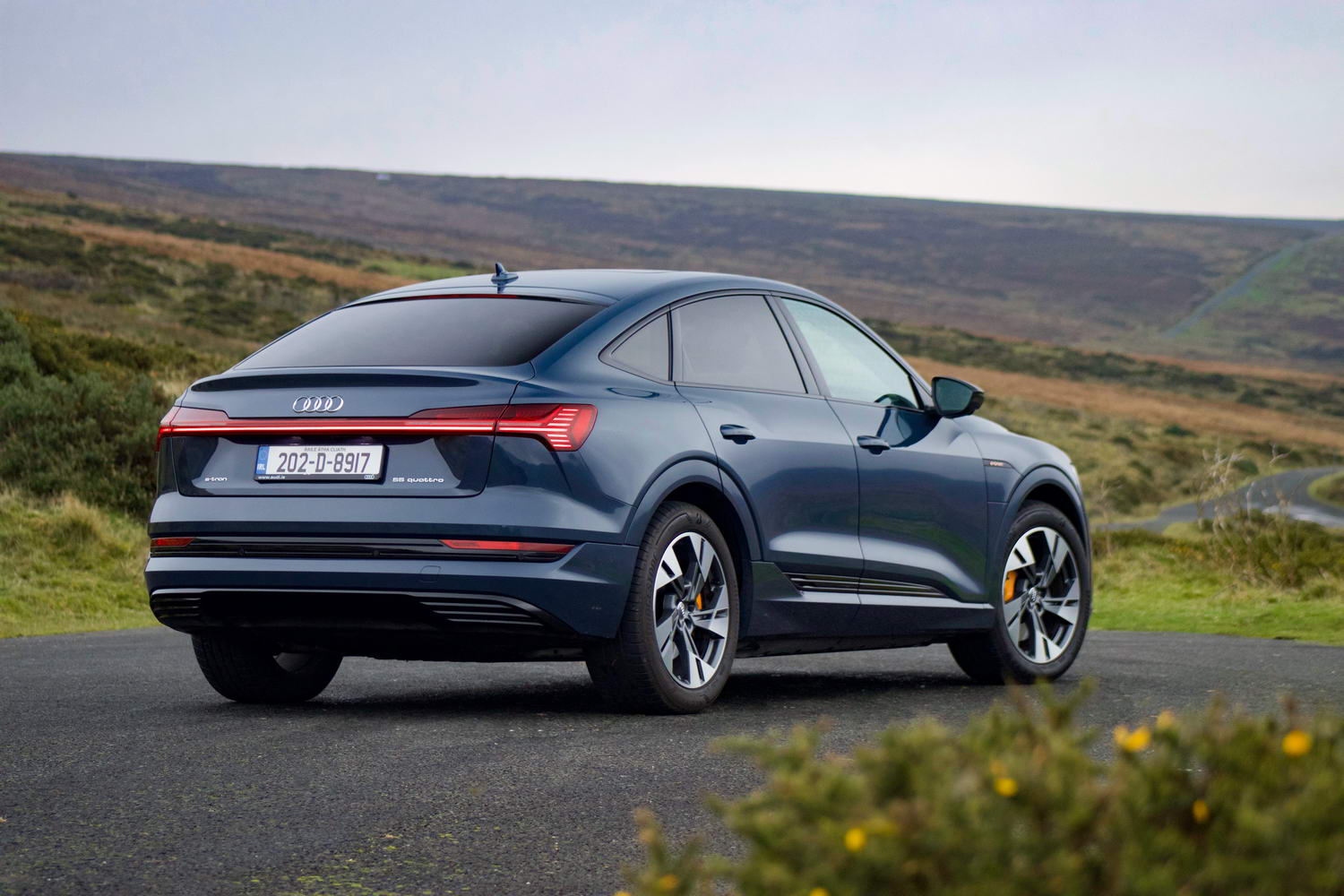 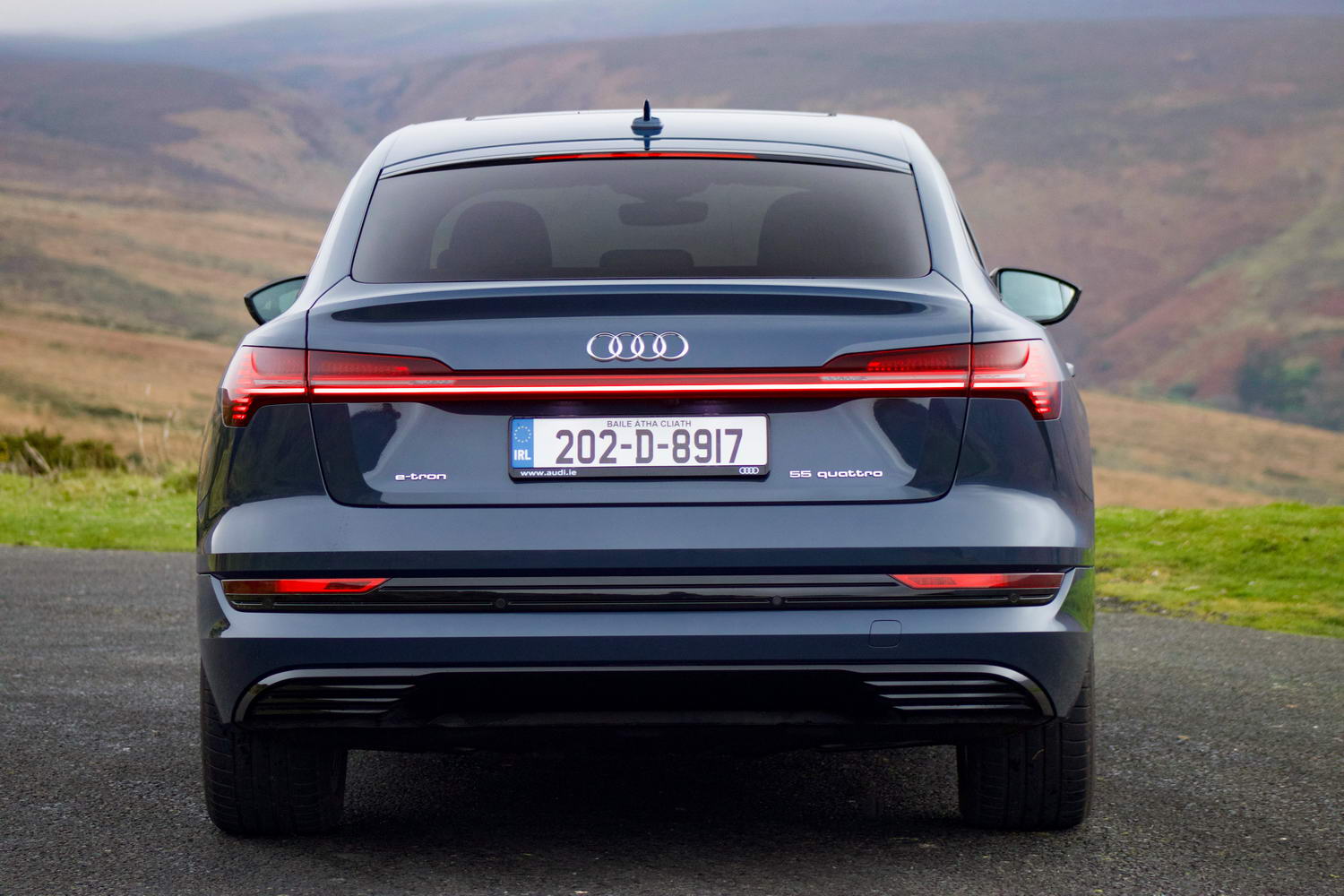 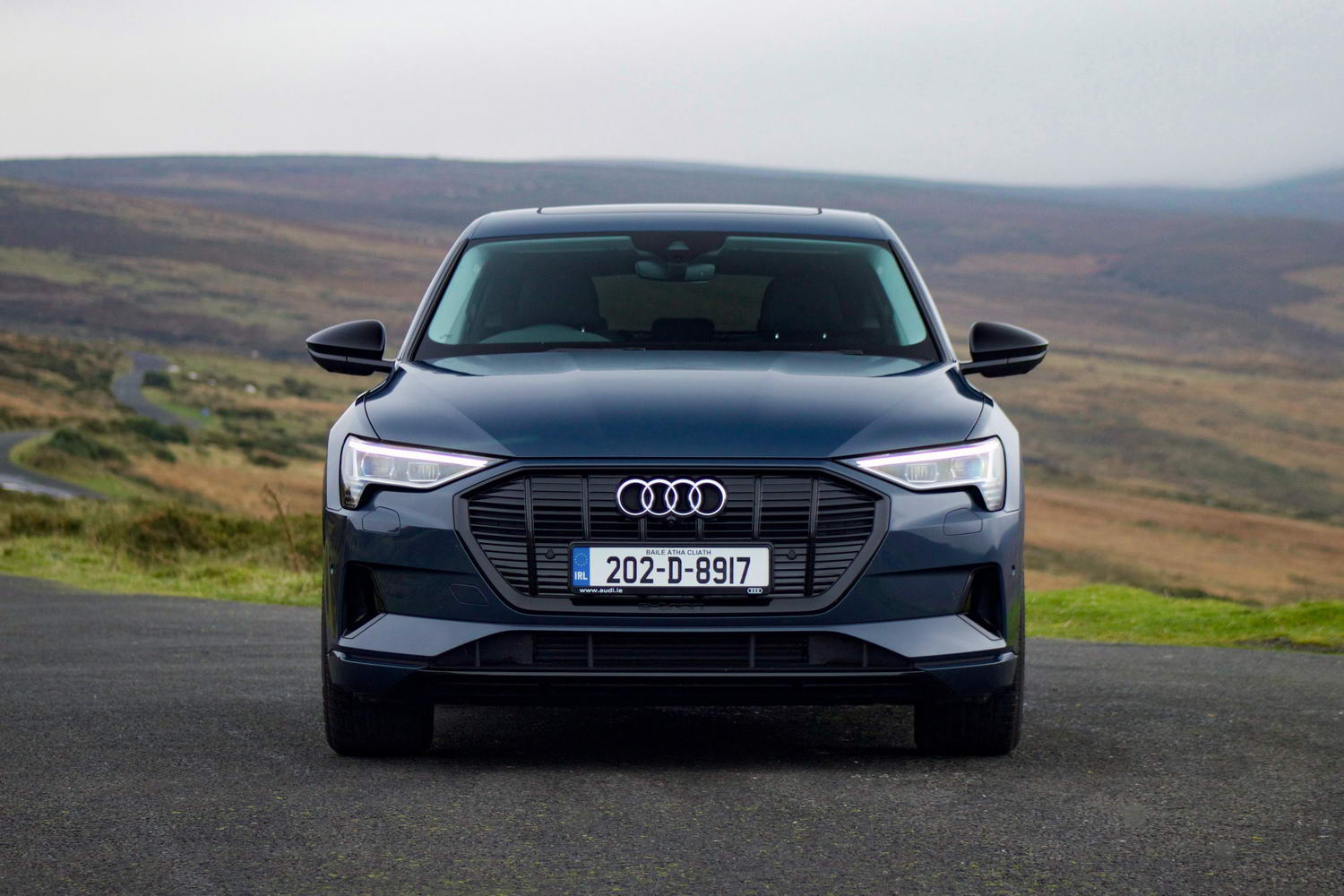 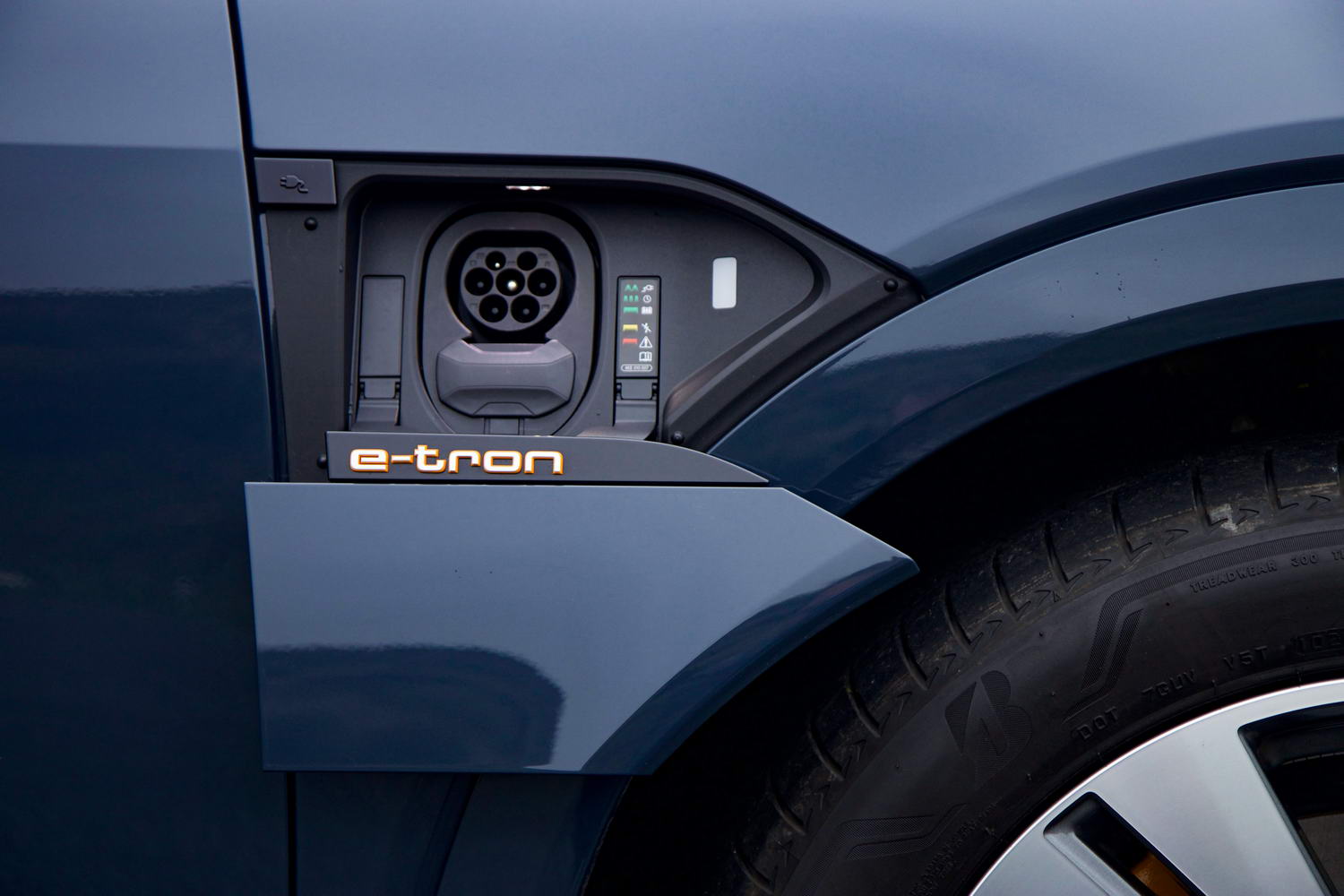 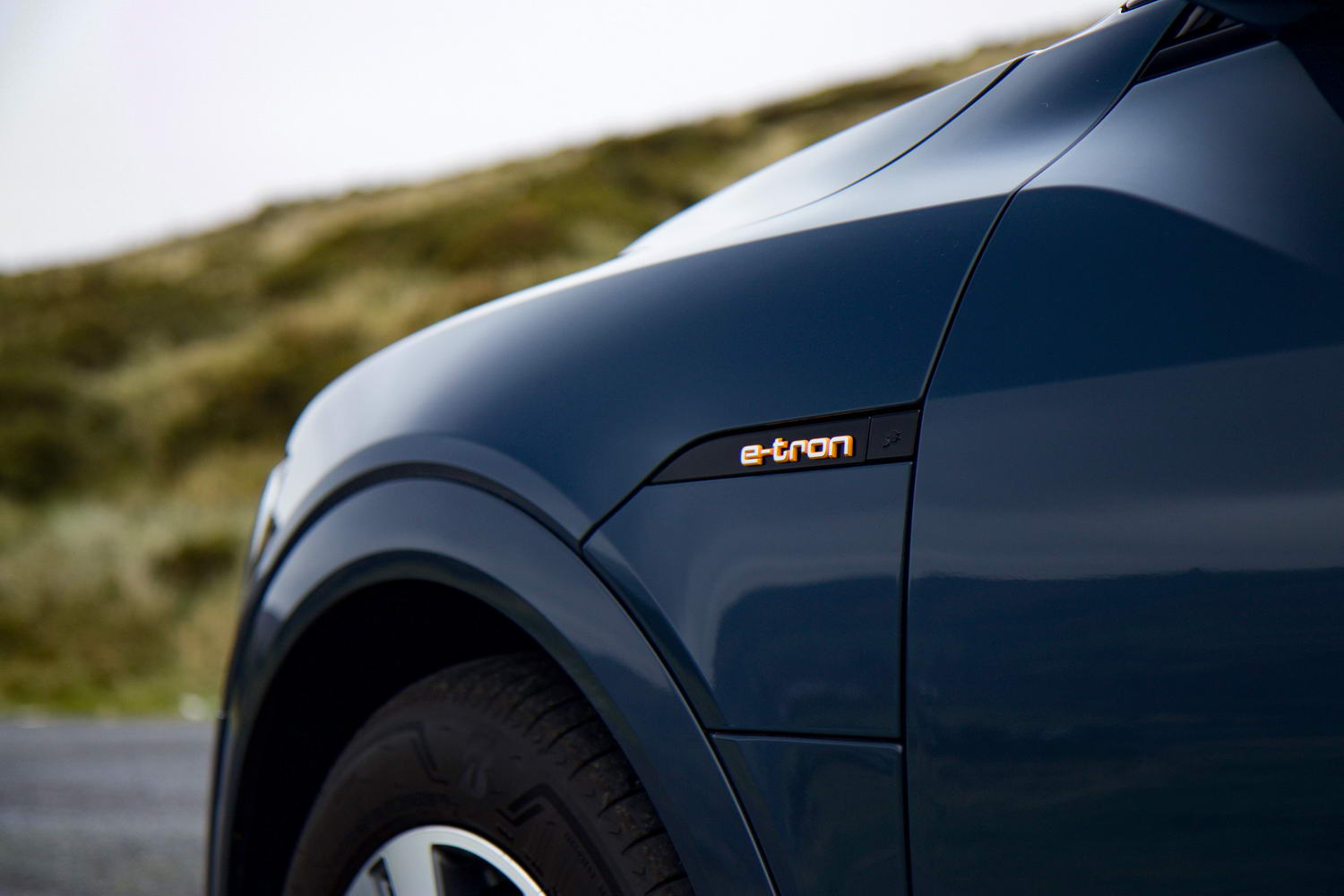 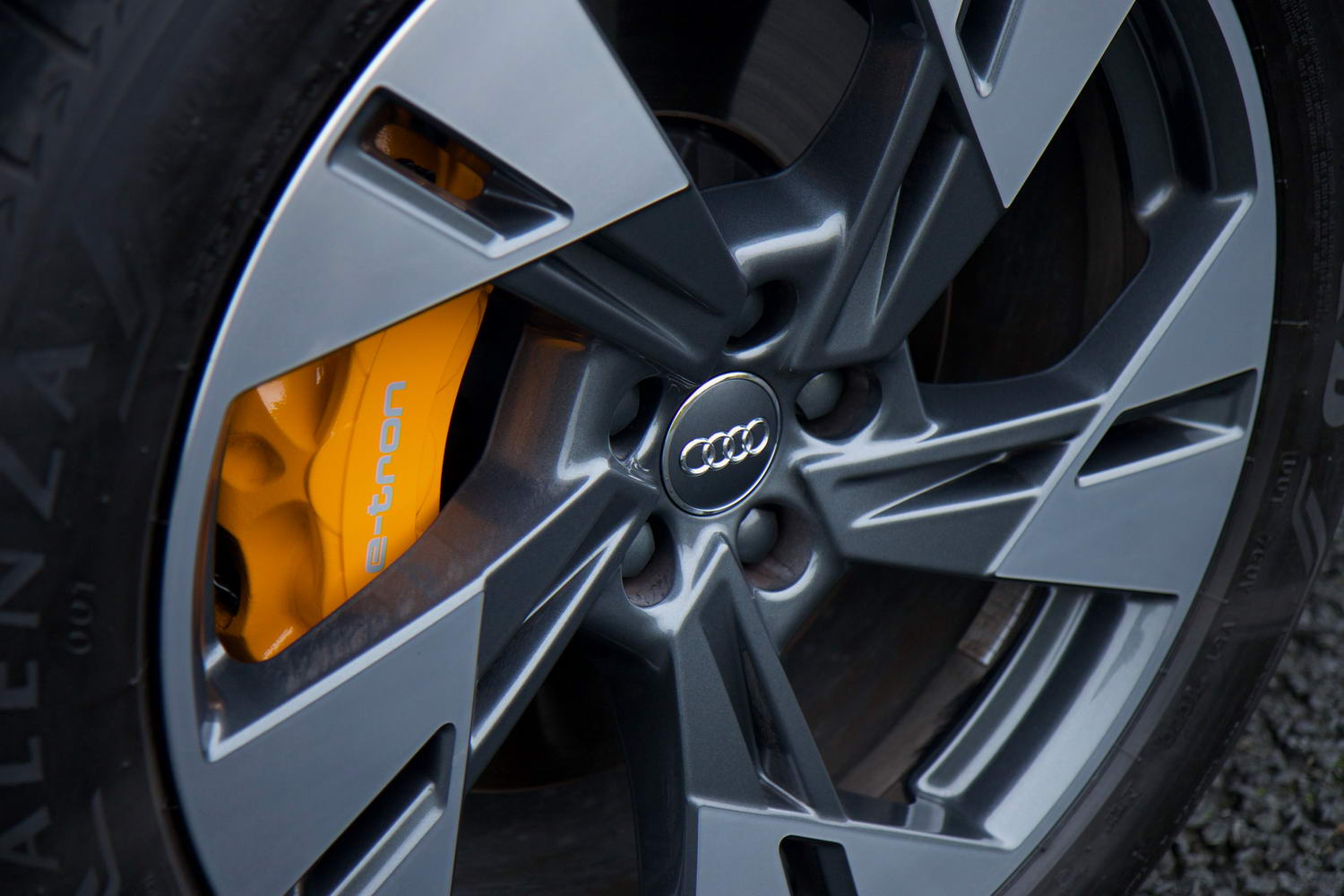 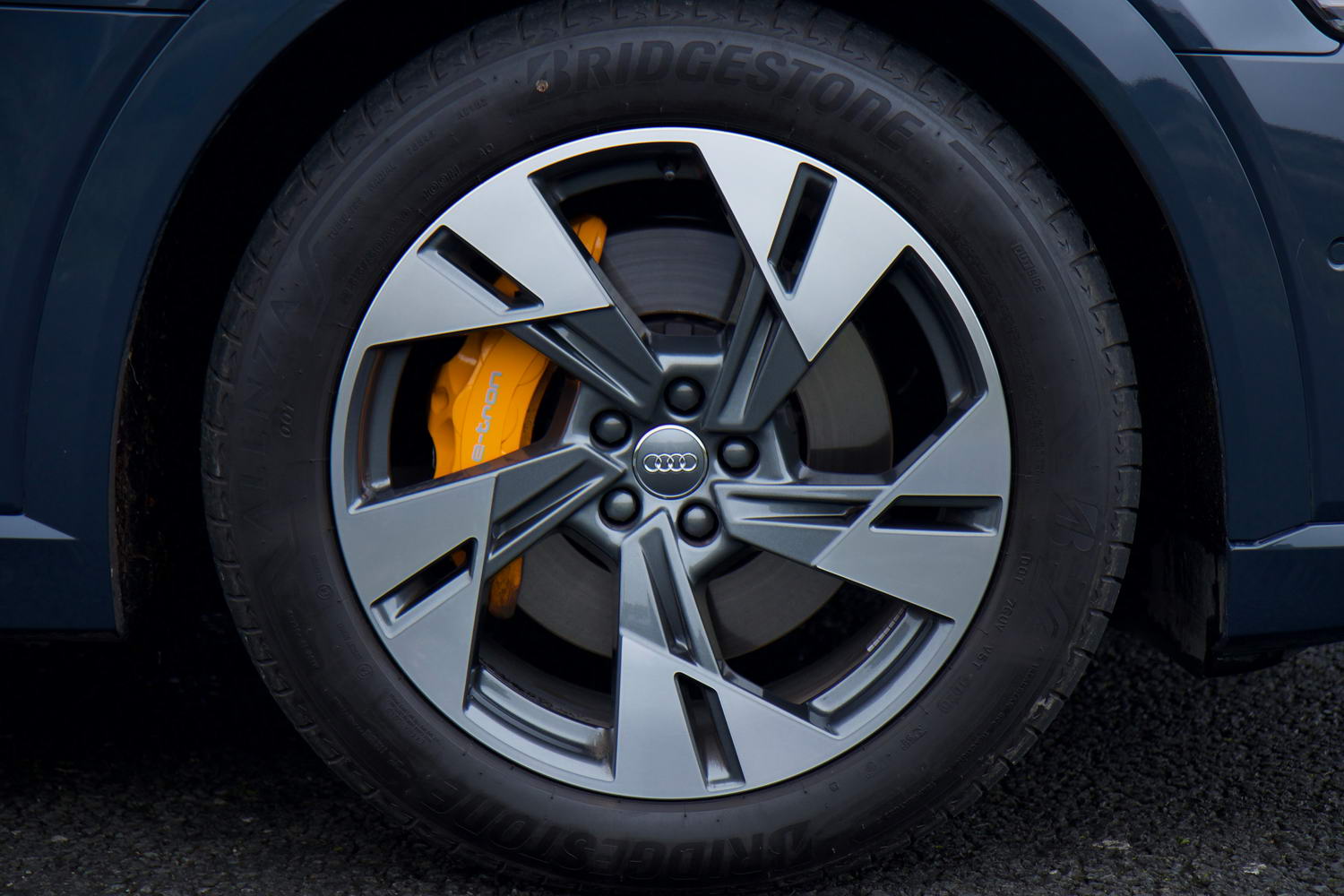 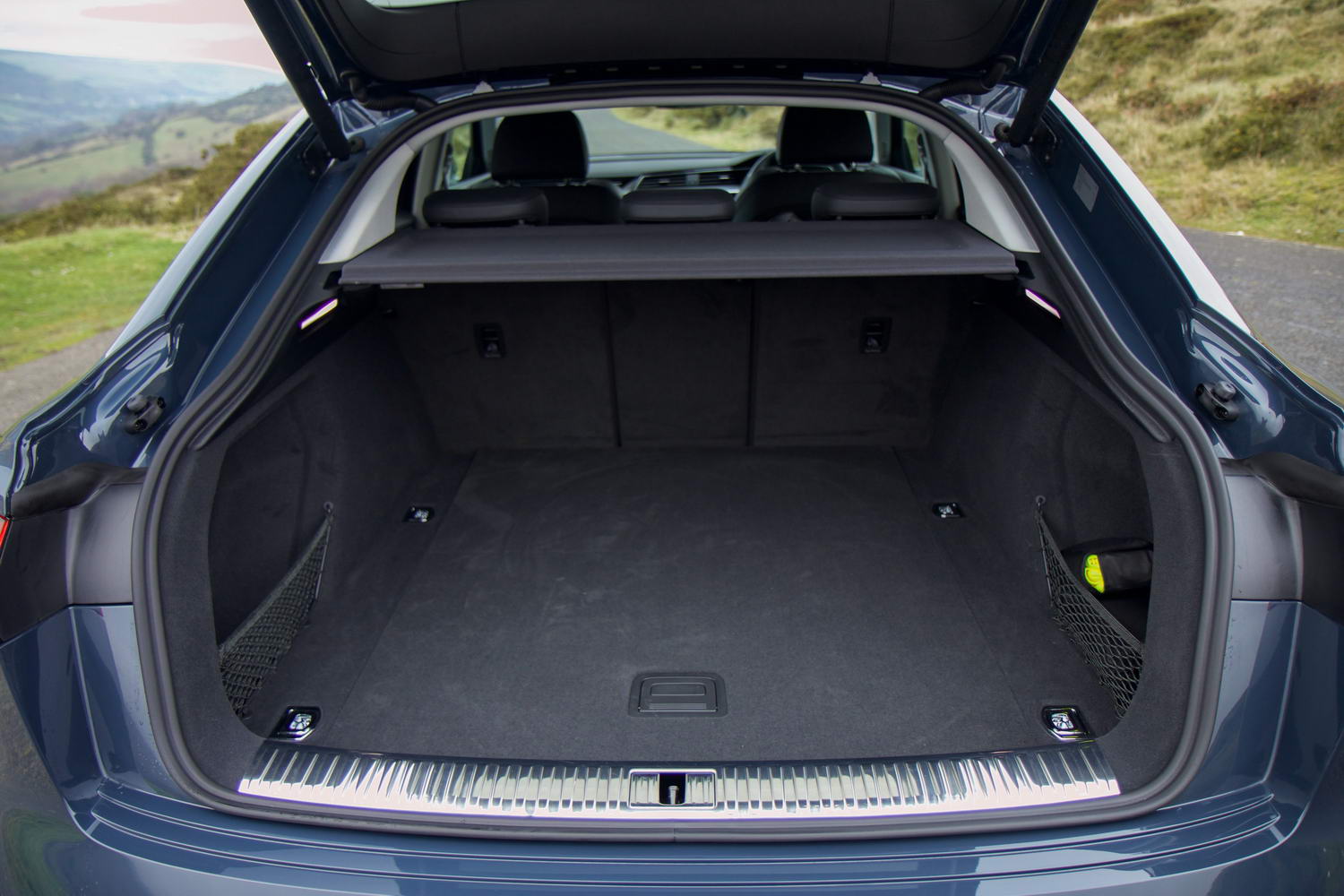 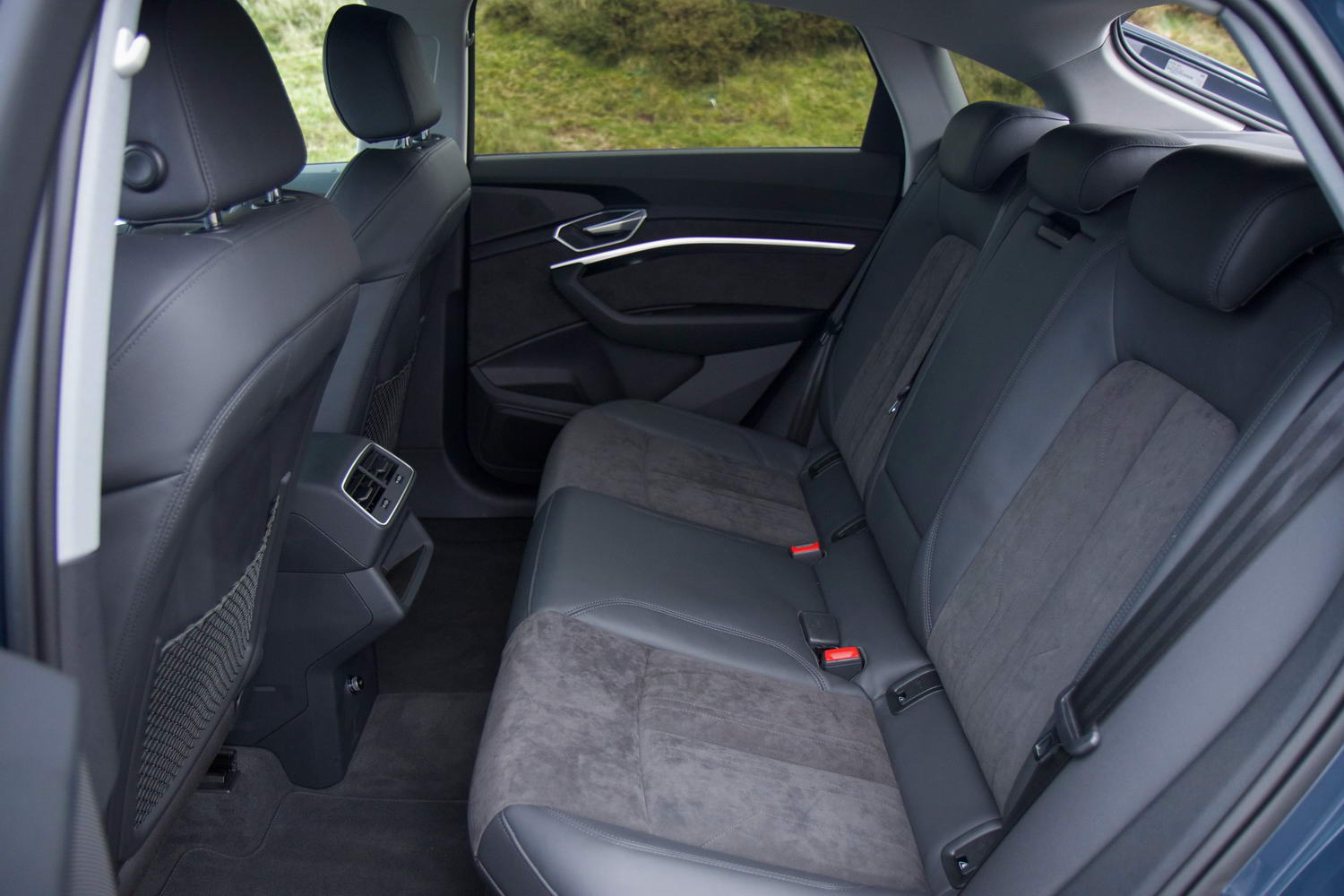 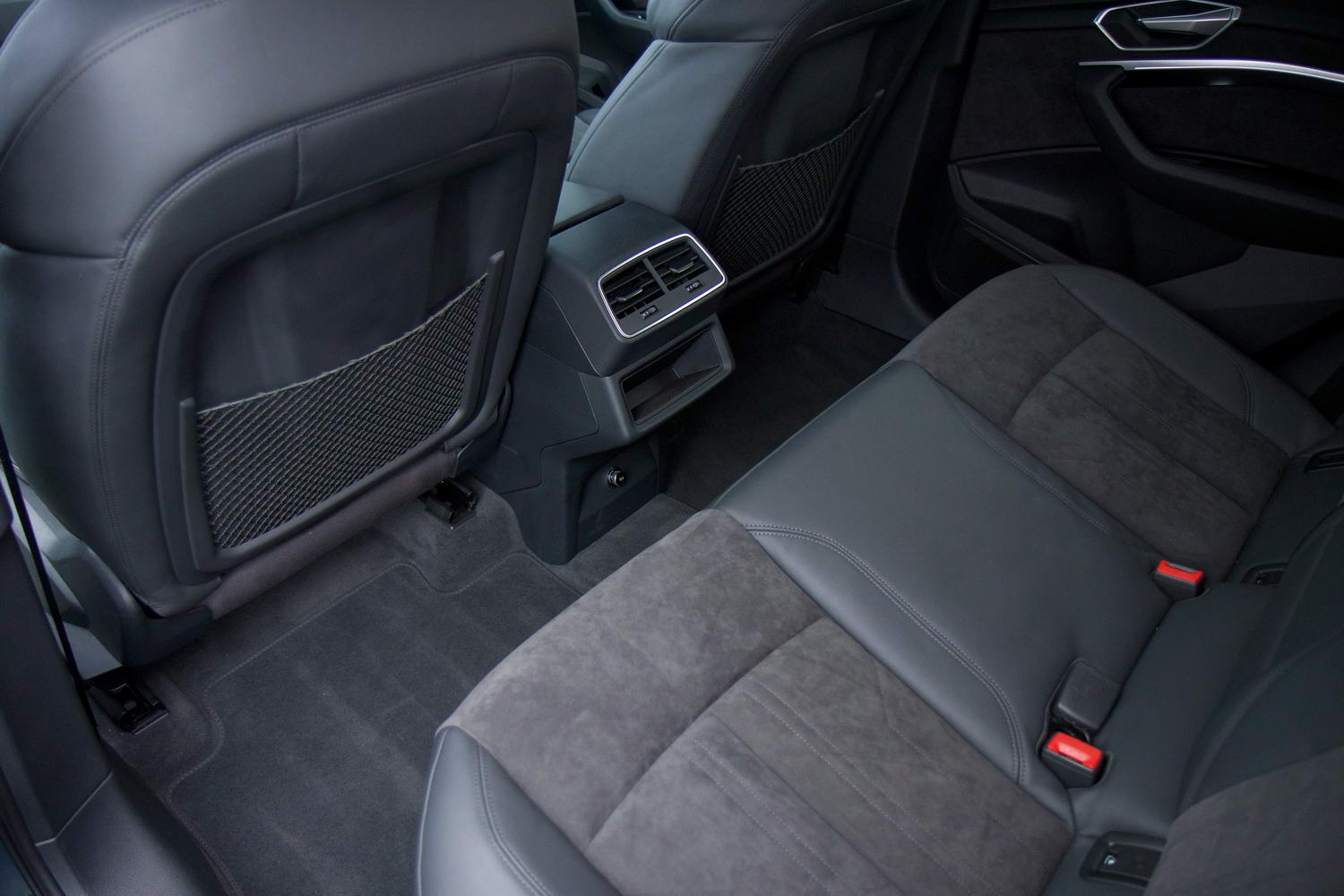 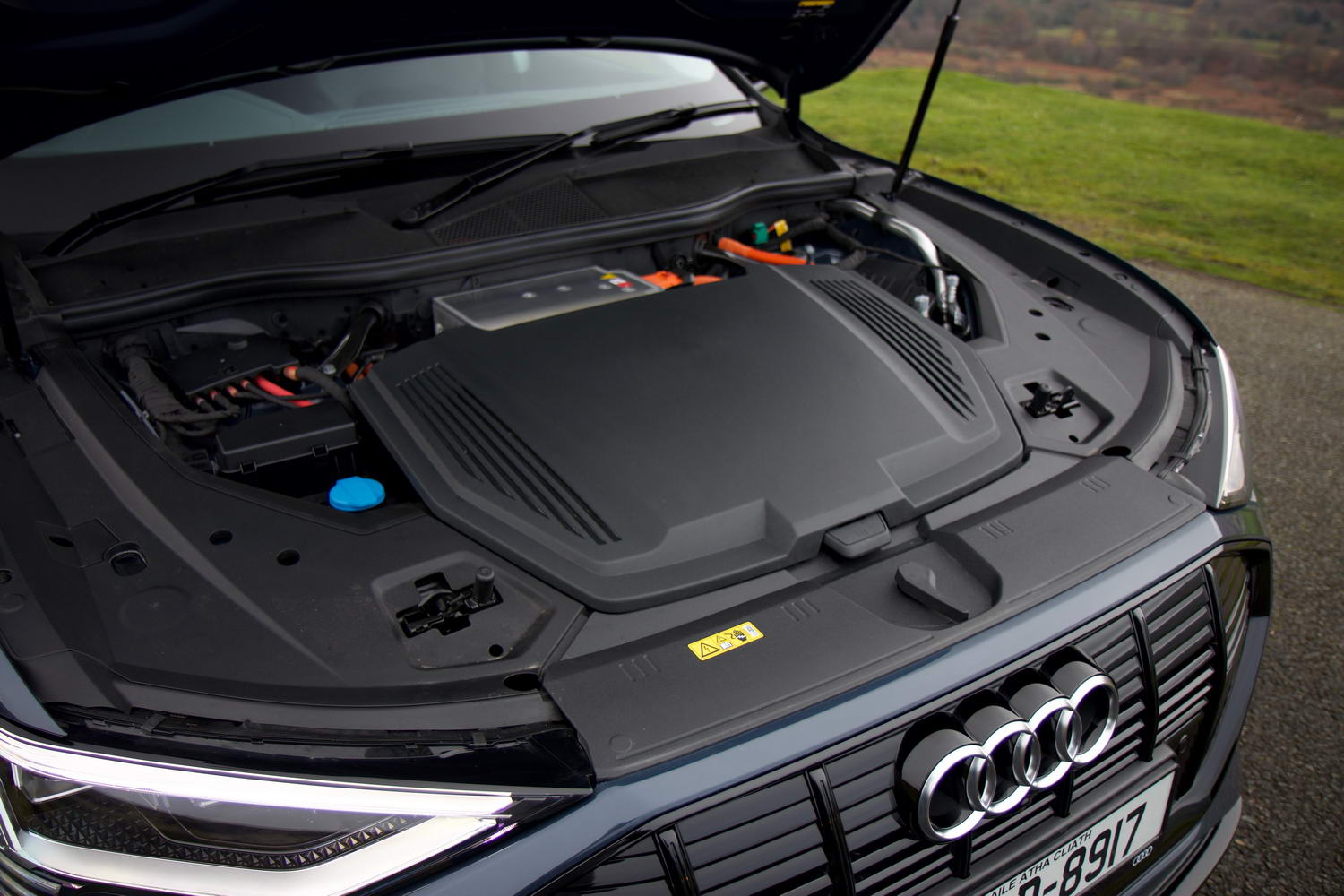 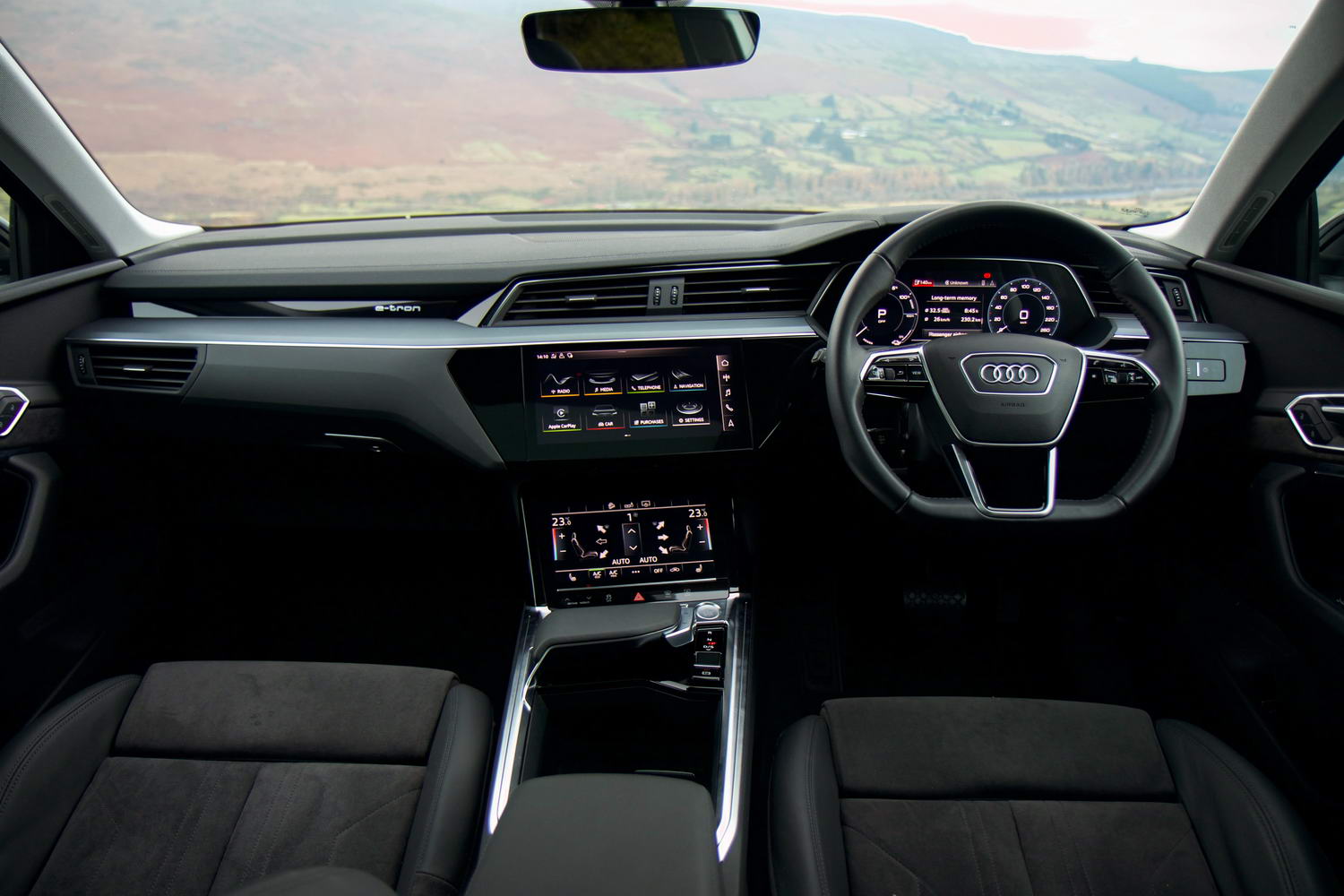 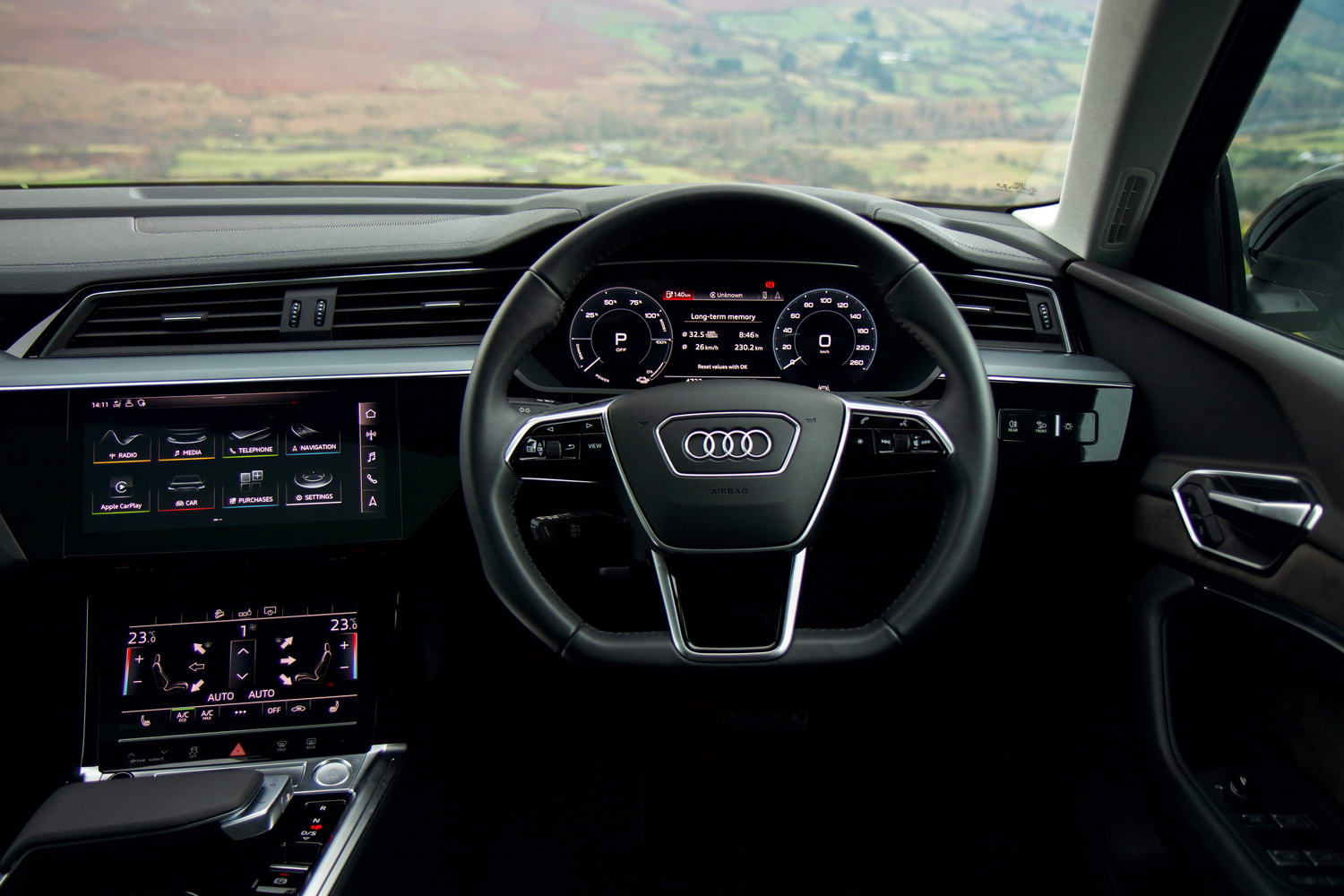 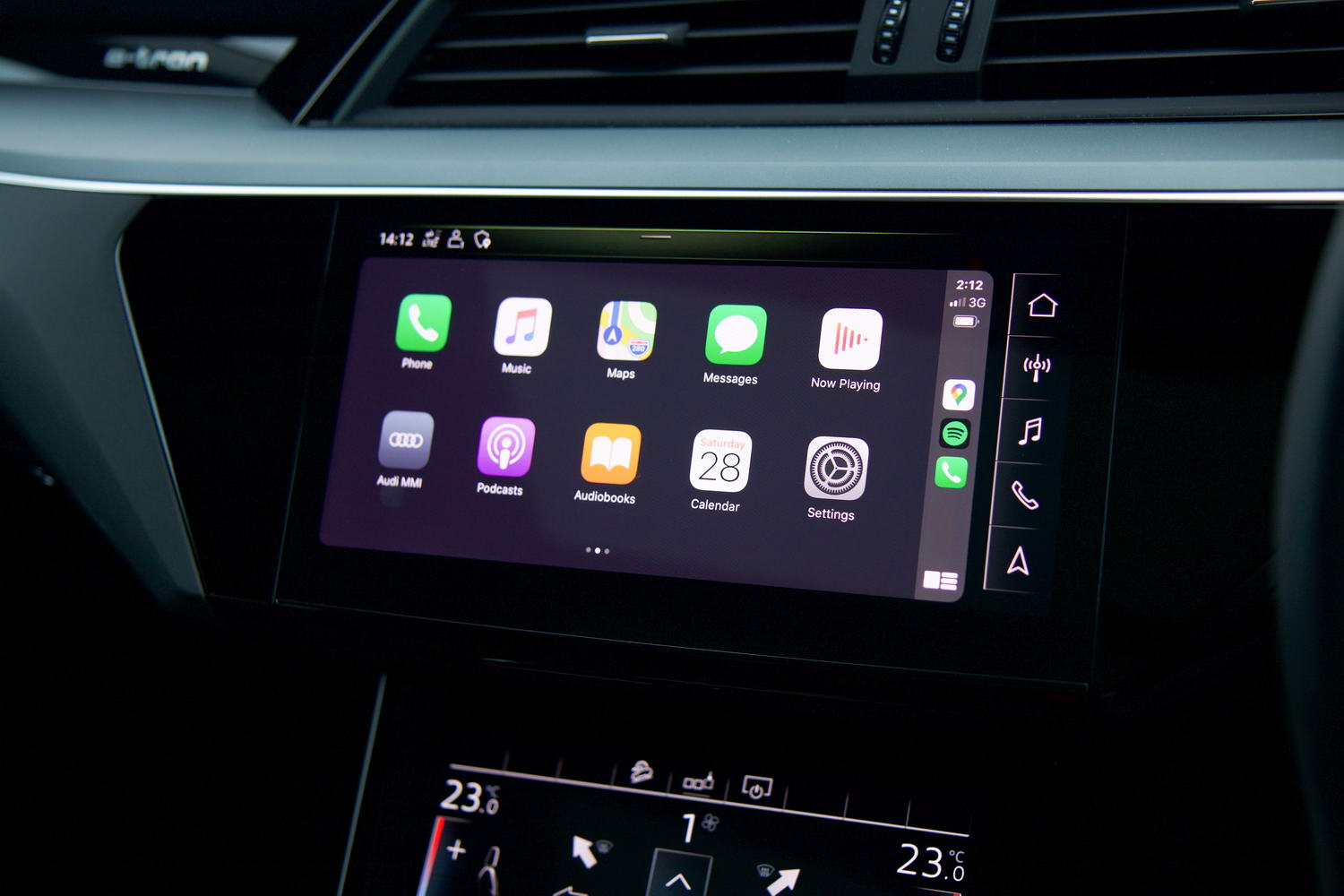 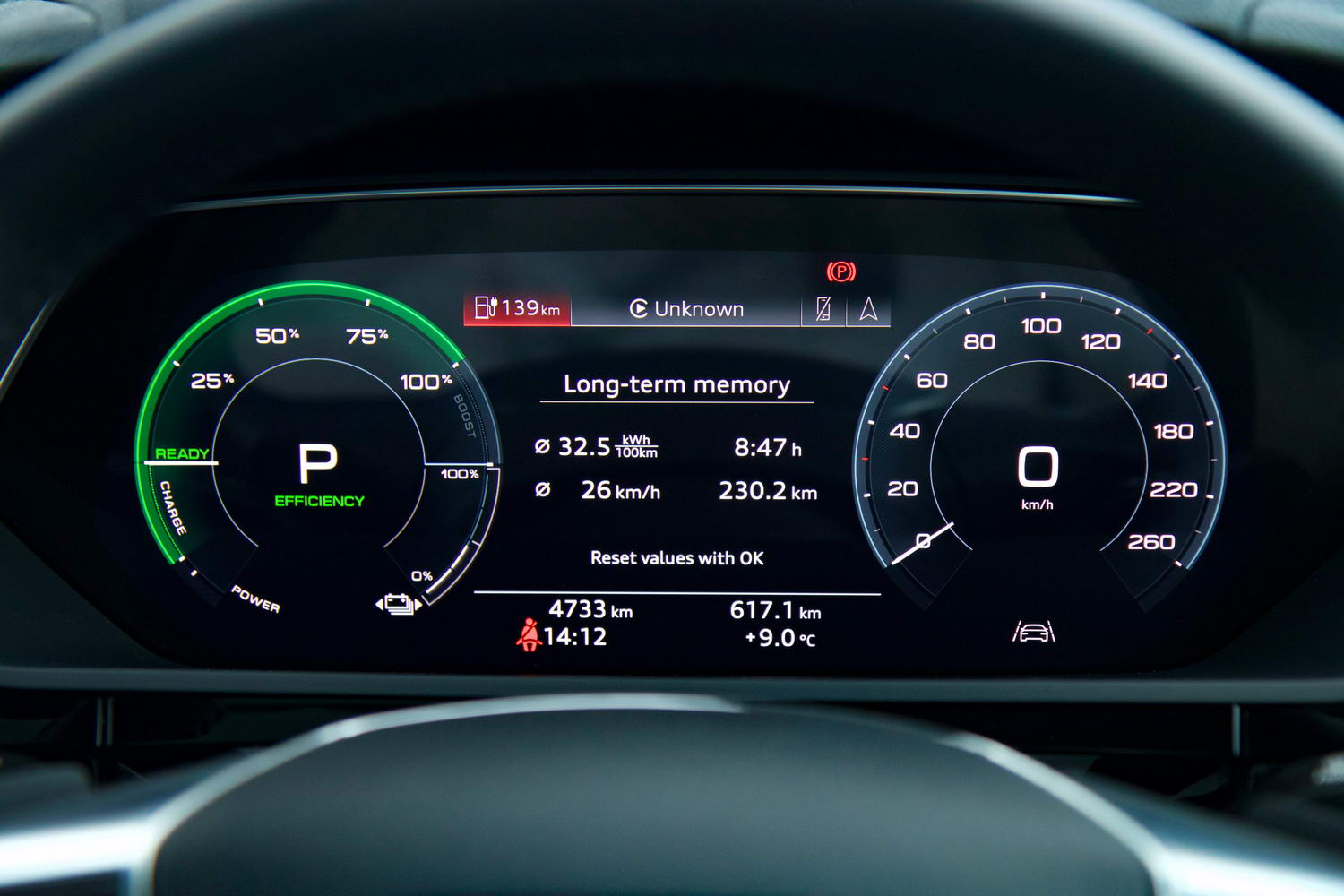 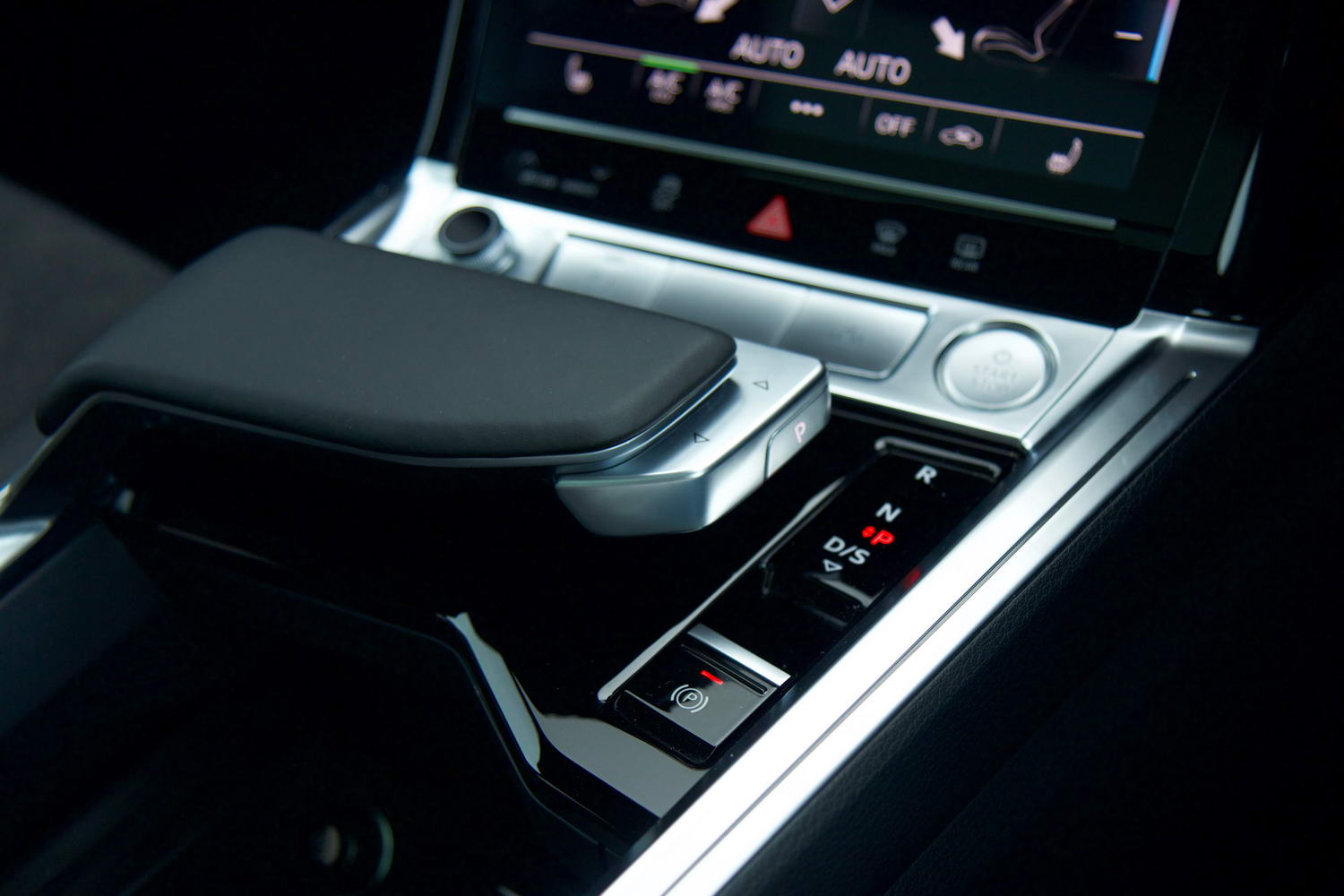 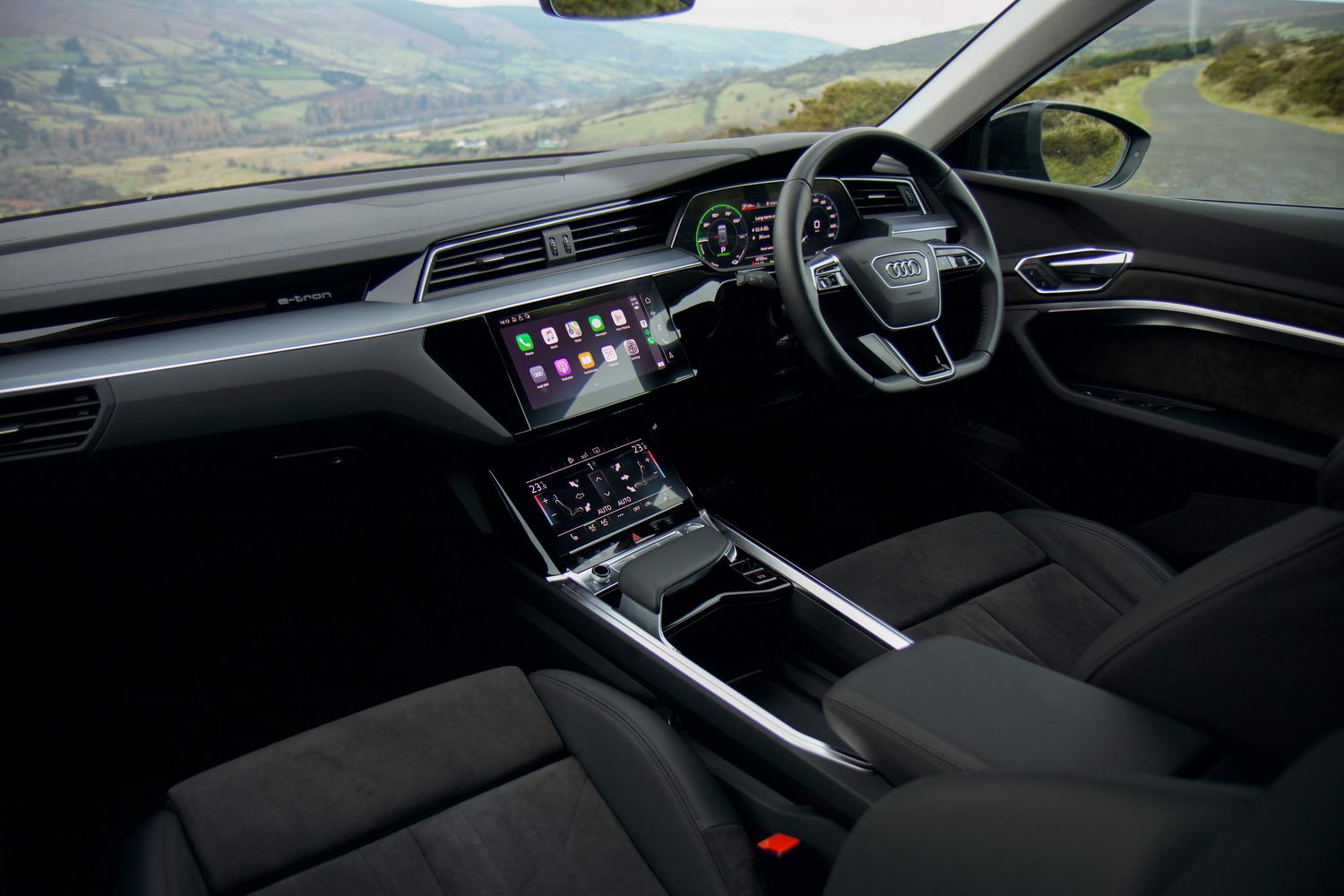 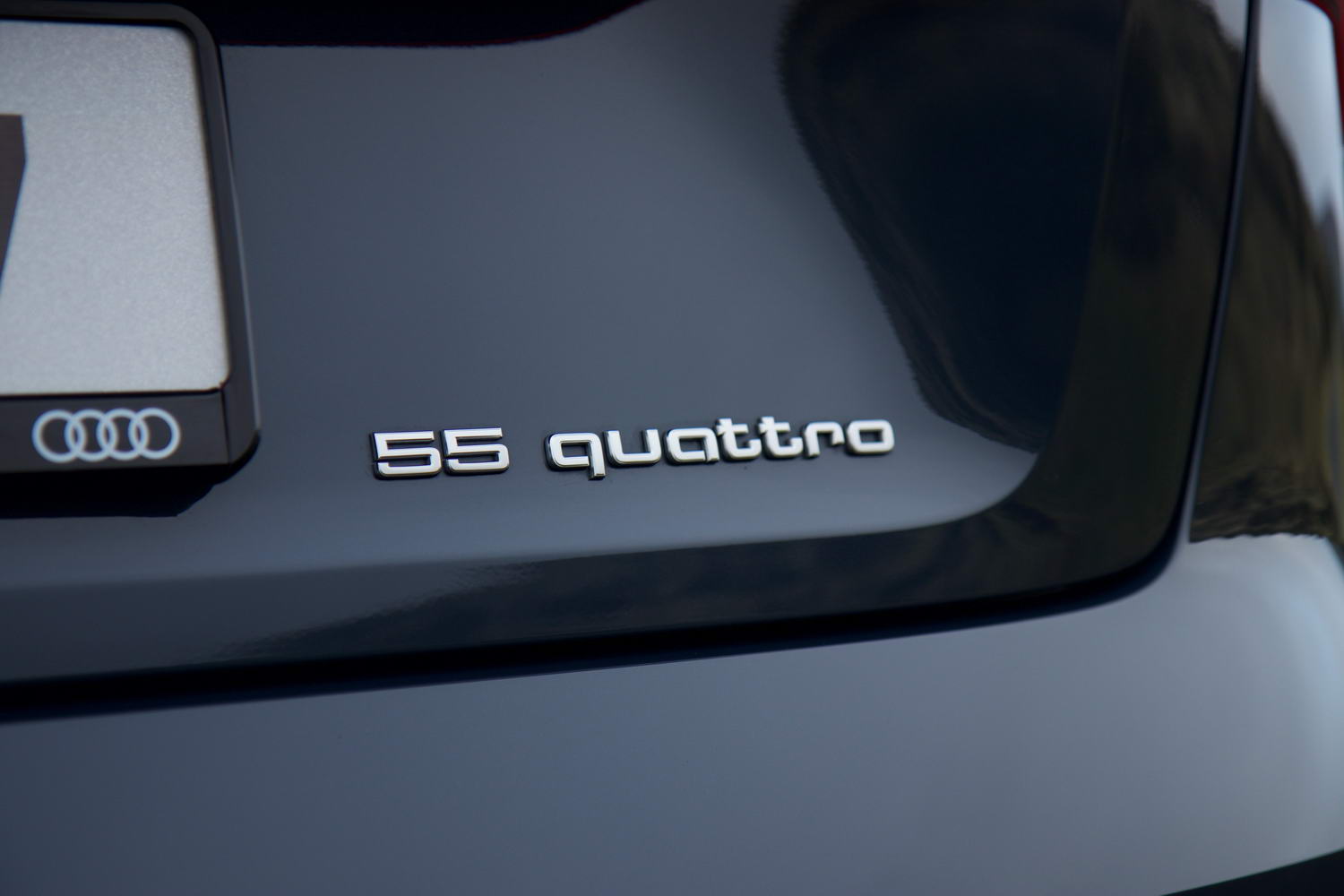 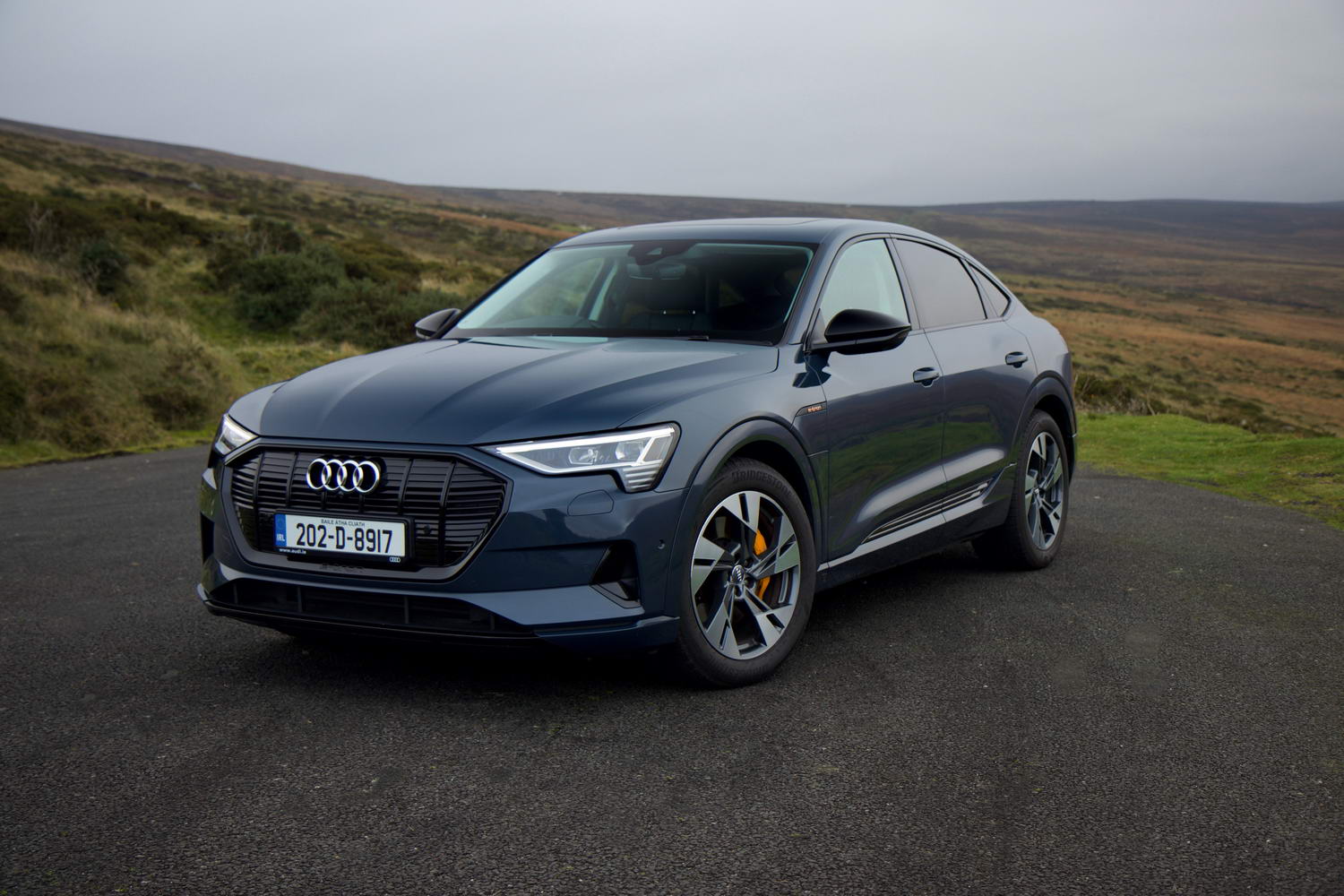 Range aside, the Audi e-tron Sportback is almost too normal for its own good.

The Audi e-tron Sportback is the brand's flagship electric SUV in a different suit. It uses the same architecture and battery as the boxier Audi e-tron and, in this '55' example, the larger capacity 95kWh lithium-ion battery. There's also a less-expensive version with a 71kWh battery, while the sportier e-tron S (available as regular SUV or Sportback) is available to order now, featuring three electric motors and up to 503hp.

If you like understatement, then the Audi e-tron Sportback will appeal to you. Our test car features Plasma Blue paint that looks different depending on the light, and it has a black finish on the grille and exterior trim sections (an €826 option).

The overriding features of the Audi e-tron Sportback are its refinement and comfort on the move. This test car may have been riding on large 20-inch wheels, but the ride comfort was never close to what you'd even attempt to call harsh. We found the sound insulation to be incredibly good at a variety of speeds, while the electric motors emit only a faint whirr under load and when recuperating energy during deceleration.

The motors in the e-tron Sportback produce a maximum power output of 408hp. However, for the majority of the time it puts out 360hp. That extra 48hp arrives as a boost function, which is activated when the car is set into its Dynamic mode with the transmission set to Sport. Apart from when you perform a specific launch control start, the e-tron never quite demonstrates that head-snapping acceleration on the move, and it's not any worse for it. If anything, the power delivery makes the Audi that bit more enjoyable to drive, discarding any obvious attempt to perform like a rocket ship, instead behaving like a polished grown-up car. Don't worry, it remains quick when you need it, and it applies its performance well. The Sportback is rarely found scrabbling for traction, either.

But there are many other little things that should make ownership of this car pleasant, such as the way the charge port covers automatically retract when you unplug the cable and the ease of using the wireless smartphone charger. The latter holds your phone in sideways, saving it from sliding around (and off the actual inductive charging element), while simultaneously taking up less space within the centre console.

One of the few annoying things about this car comes to light when slowing to a stop; at that final bit just before the car stops moving, the brakes tend to bite, making the car jerk a little. Granted, it's a minor thing, but when driving in city traffic, it soon becomes more noticeable. One other niggle is that, while it is useful having a small space underneath the bonnet to store charging cables and the like, it can only be opened by pulling the bonnet latch that's down within the driver's footwell, a task made more annoying when the car is covered in rain and road grime. A quicker or easier release mechanism, like with the electrically operated boot lid, would be nicer.

On one hand the Audi delivers a slightly underwhelming performance as an electric SUV. Despite some concerted effort, the driving range didn't live up to the official figure of 452 kilometres, with 320 kilometres being the more realistic capability. Admittedly, our car's larger wheels would have some impact on the range. The average consumption (or efficiency) is more telling, coming in at 31kWh/100km, again, a fair way off the official 21-25kWh/100km that Audi quotes. Incidentally, almost all of that driving was done with only the driver in the car, therefore at its theoretical lightest, and with mostly quite conservative driving.

But in other ways the Audi is simply brilliant. Yes, the interior may be a touch too similar to every other top-line model in the brand's range, but it's hard to fault such is the level of finish and quality of the materials used throughout. It's not the most exciting car to drive, but then not everybody is seeking apex-clipping thrills, especially not from an electric SUV. The Audi e-tron Sportback remains a very complete package so long as overall driving range isn't your top priority.

I really like this car. Like, really, really like it. I guess for the price you might say I bloody well should, but the e-tron Sportback's combo of looks, performance and range is deeply enticing. The interior is gorgeous and the acceleration never not enjoyable. It also charges exceptionally quickly, especially from one of IONITY's 350kW chargers - 16 per cent to full in under 40 minutes, which makes it the most satisfying charging experience I've yet had. Dave's comments on range and consumption are well made, but I reckon I could live with them for the sheer satisfaction of driving this car. All we need now is a lot more 350kW chargers... 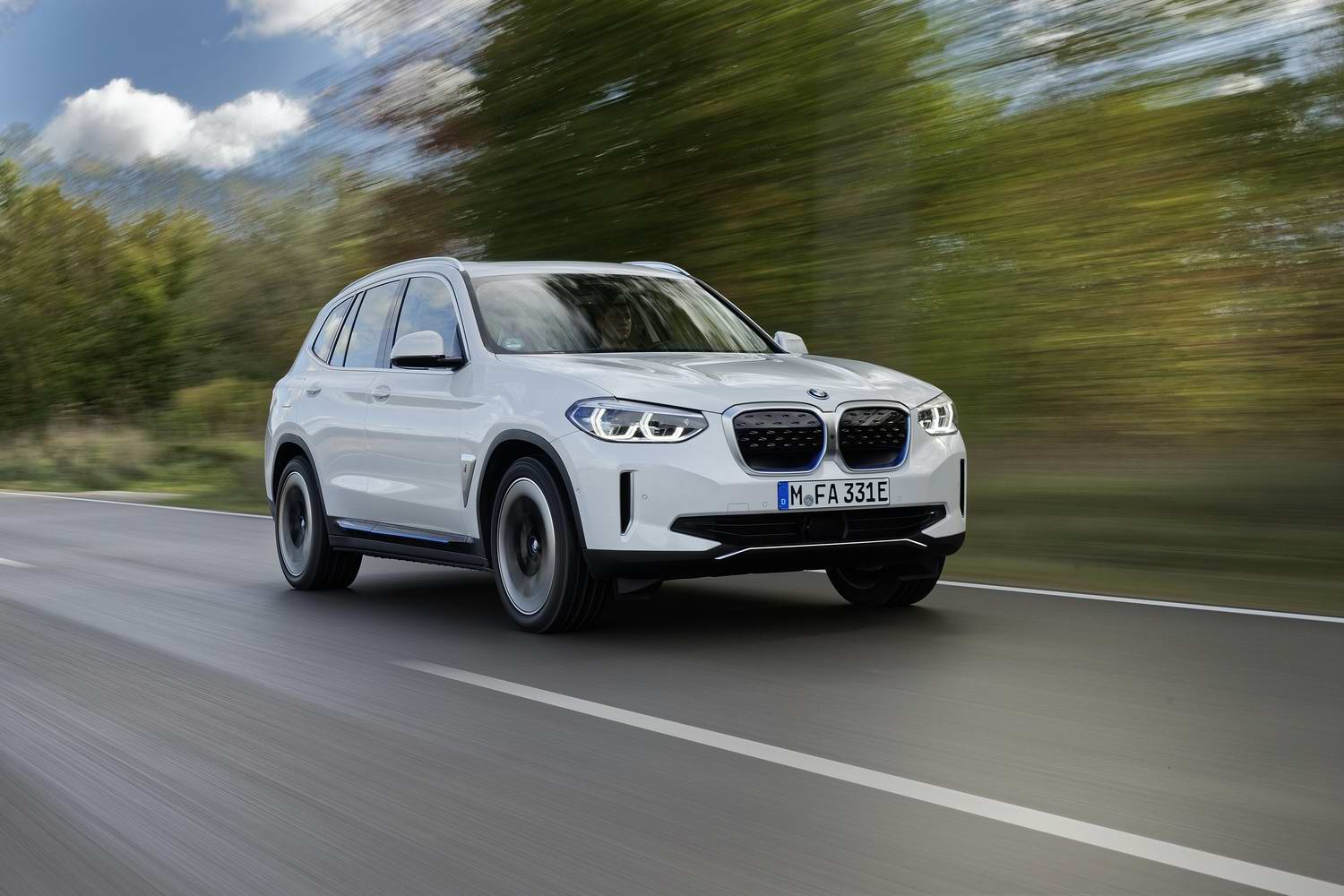 BMW iX3 electric (2021) review
BMW iX3 vs. Audi e-tron Sportback 55 quattro (2020): this electric version of the X3 may seem smaller, but it packs a lot in, including generous boot space and an 80kWh battery, good for up to 460 kilometres.

Jaguar I-Pace EV400 review
Jaguar I-Pace vs. Audi e-tron Sportback 55 quattro (2020): closer to the Audi's sportier image, but is even more engaging to drive, especially with the optional air suspension. 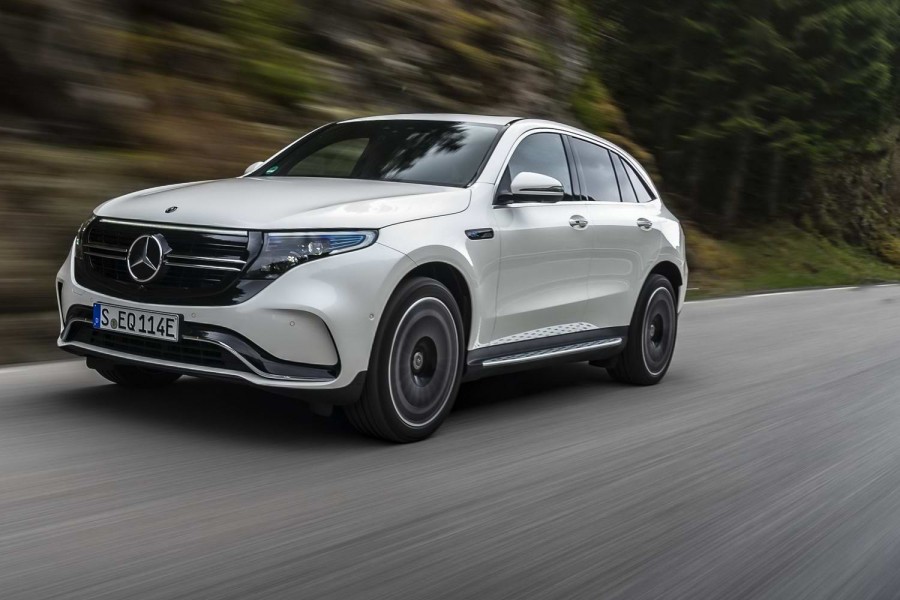 Mercedes-Benz EQC 400 4Matic (2019) review
Mercedes-Benz EQC vs. Audi e-tron Sportback 55 quattro (2020): a close match for the Audi in the performance stakes, equally refined too, though arguably not as visually appealing.