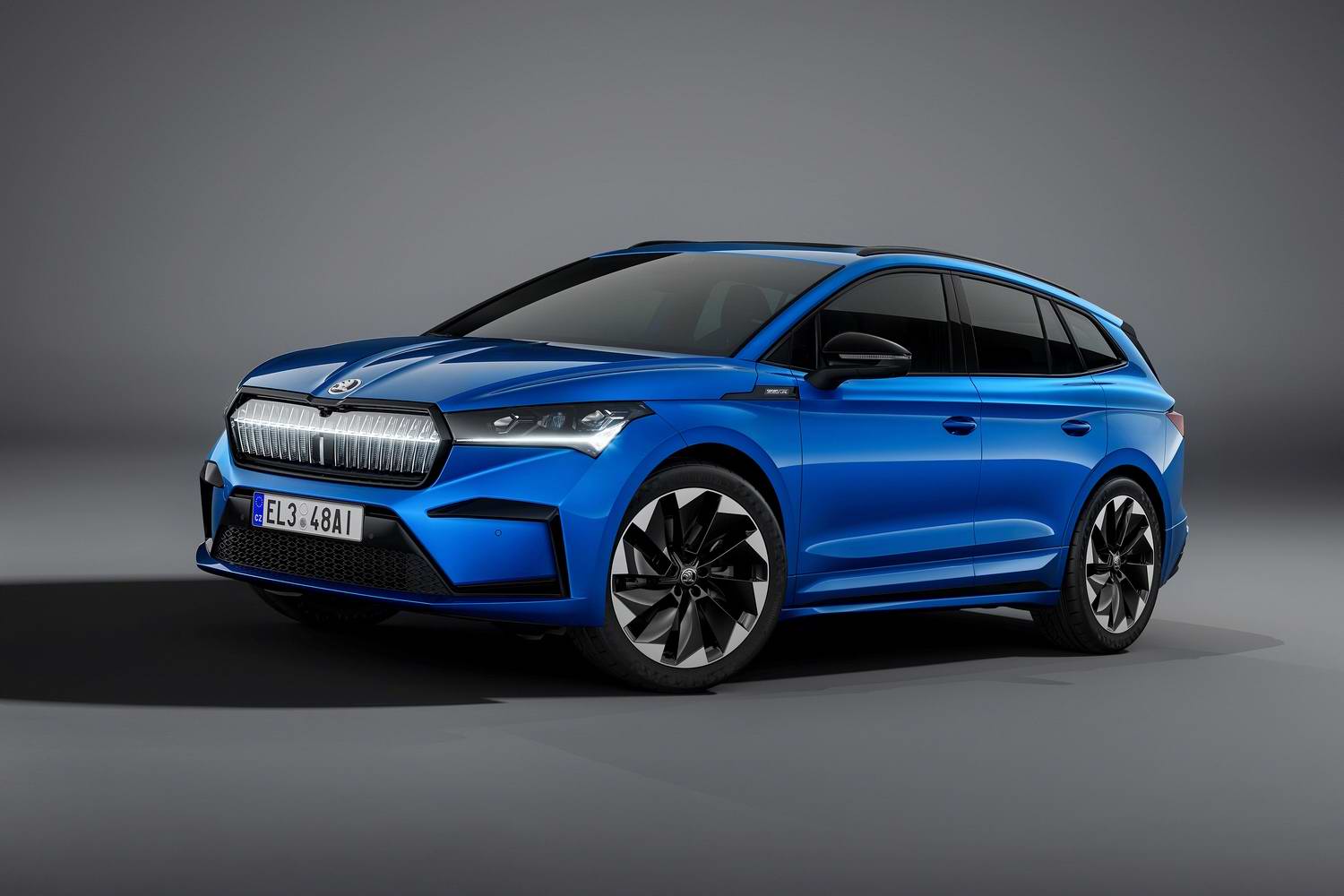 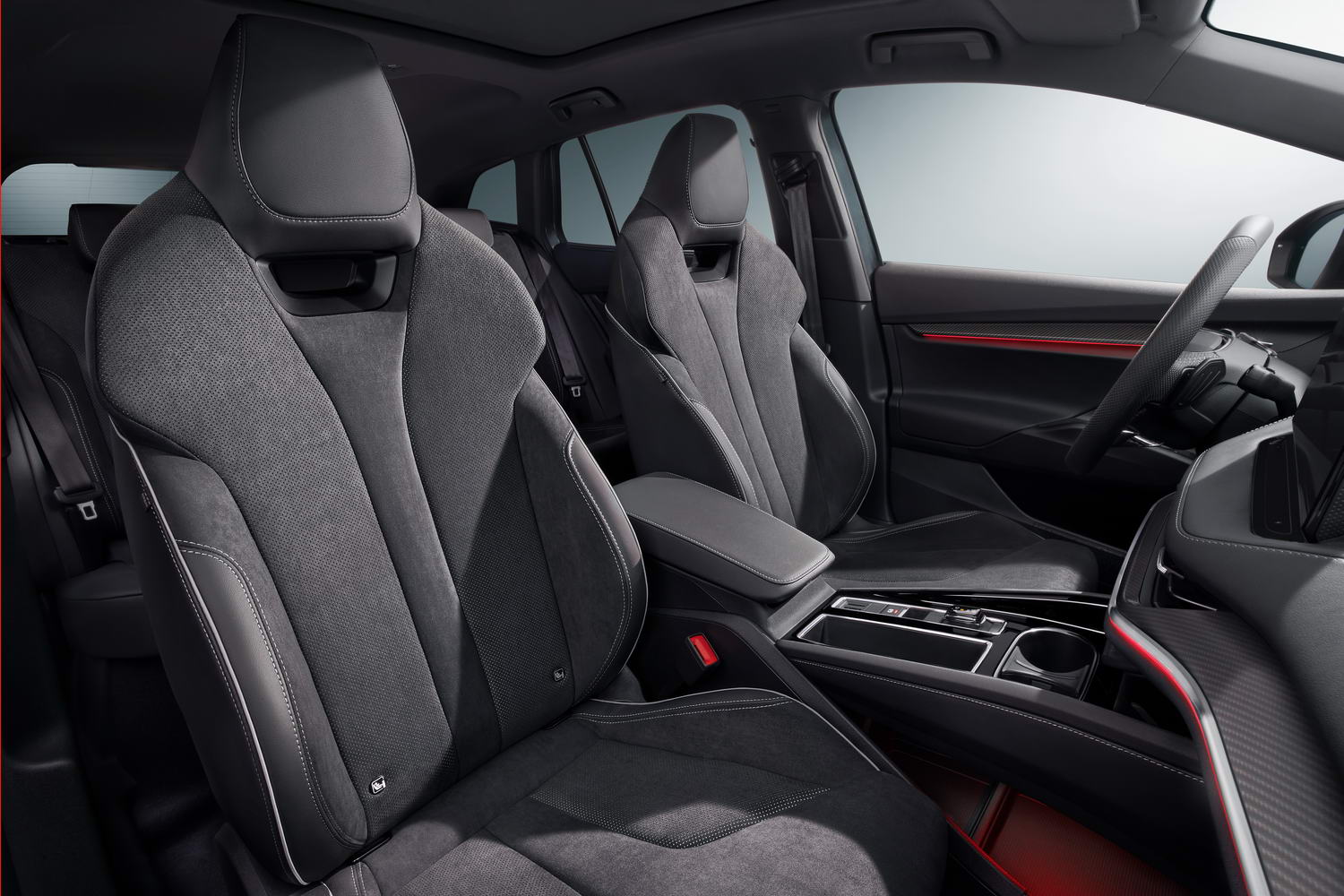 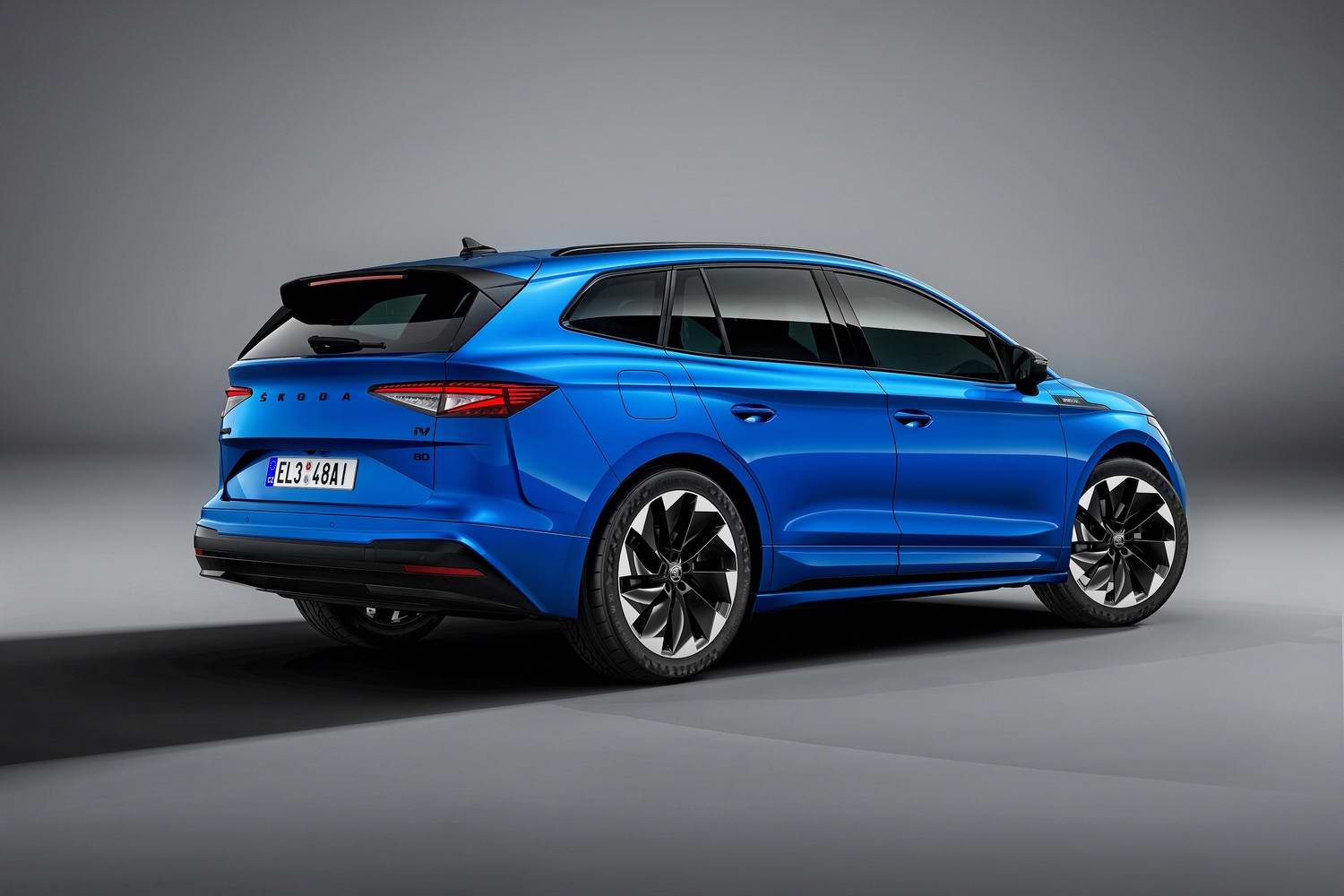 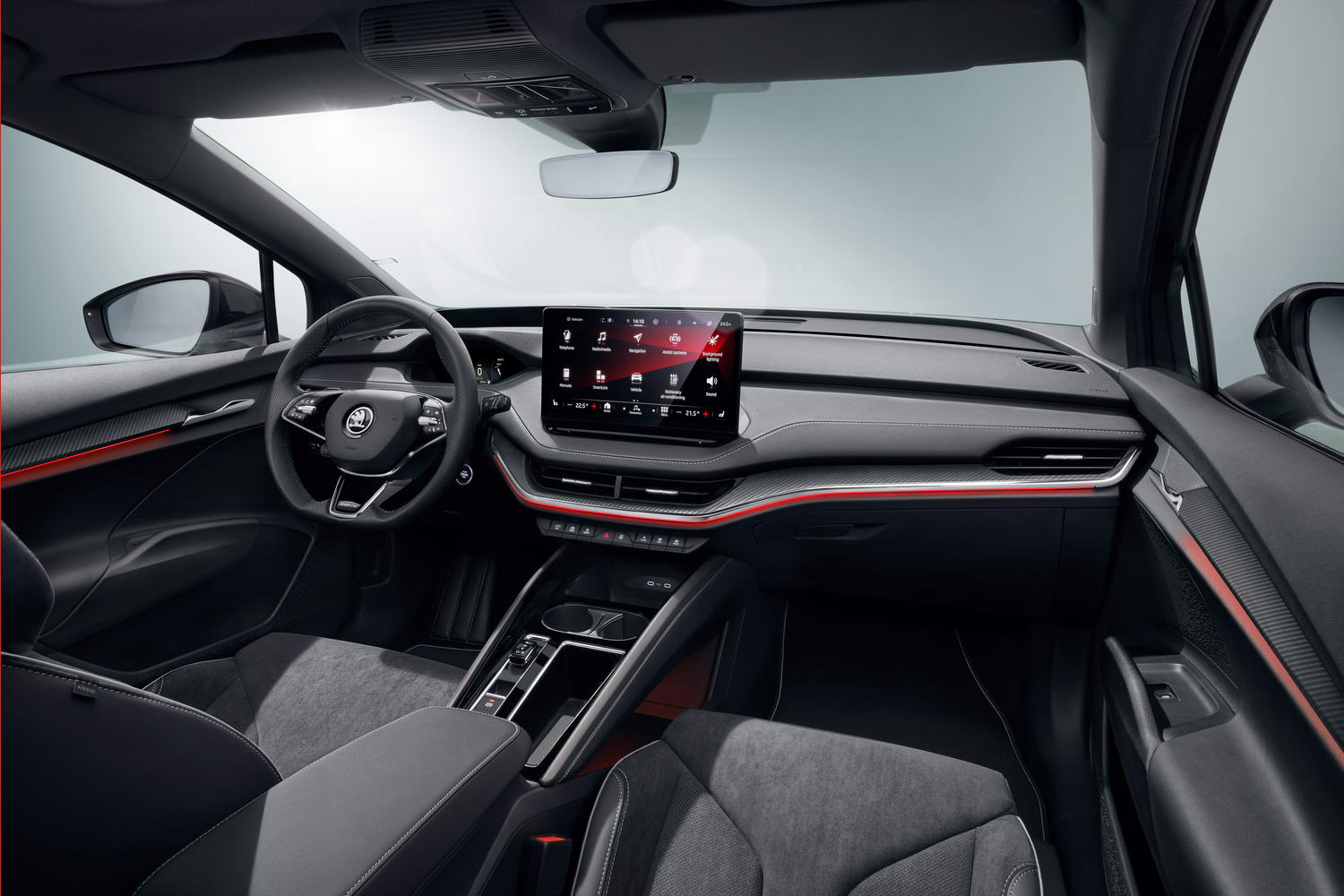 If interest wasn't already high enough in the forthcoming Skoda Enyaq iV, the Czech brand has revealed its Sportline version, featuring a more dynamic look that's sure to turn heads. The specification grade mimics what has already been applied to other models like the Superb and Kodiaq.

The front of the Skoda Enyaq Sportline iV appears even more angular thanks to its bespoke lower bumper design. Skoda has enhanced the 'visual width' of the car by detailing more gloss black elements and fitting a different design of mesh to the lower grille section. The illuminated 'grille' - a feature of the Enyaq with the largest battery - is also surrounded in the gloss black material.

The Enyaq Sportline iV specification will include Skoda's LED Matrix headlights. These feature high beam modules of 24 LEDs that are controlled individually, enabling high beam use without dazzling other road users.

Skoda also adds a contrasting gloss black finish to the door mirrors, window surrounds and B-pillars, roof rails and along an insert within the side sills. This lower panel of the Enyaq's side is also painted with more of the body colour to emphasise its closeness to the ground. The Sportline badge also appears on the front wing panel.

Filling the wheel arches are burnished 20-inch Vega alloy wheels, with the option of 21-inch Betria rims. Both of these designs are exclusive to the Sportline specification. At the rear of the car the bumper's lower section is black, again to give it a sporty appearance.

To tie in with the sportier exterior, the cabin of the Skoda Enyaq Sportline iV gets carbon fibre effect finishes for the dashboard facia, in addition to red ambient lighting. A leather three-spoke steering wheel is similar to the one used on the Octavia RS and includes knurled rotary controllers. Skoda fits pedal covers to the Enyaq to give an aluminium look, too.

The sports seats come with an integrated headrest design and are clad with Suedia microfibre with contrasting grey piping. That same upholstery is also applied to the rear seats.

Irish pricing for the Skoda Enyaq Sportline iV will be announced shortly.