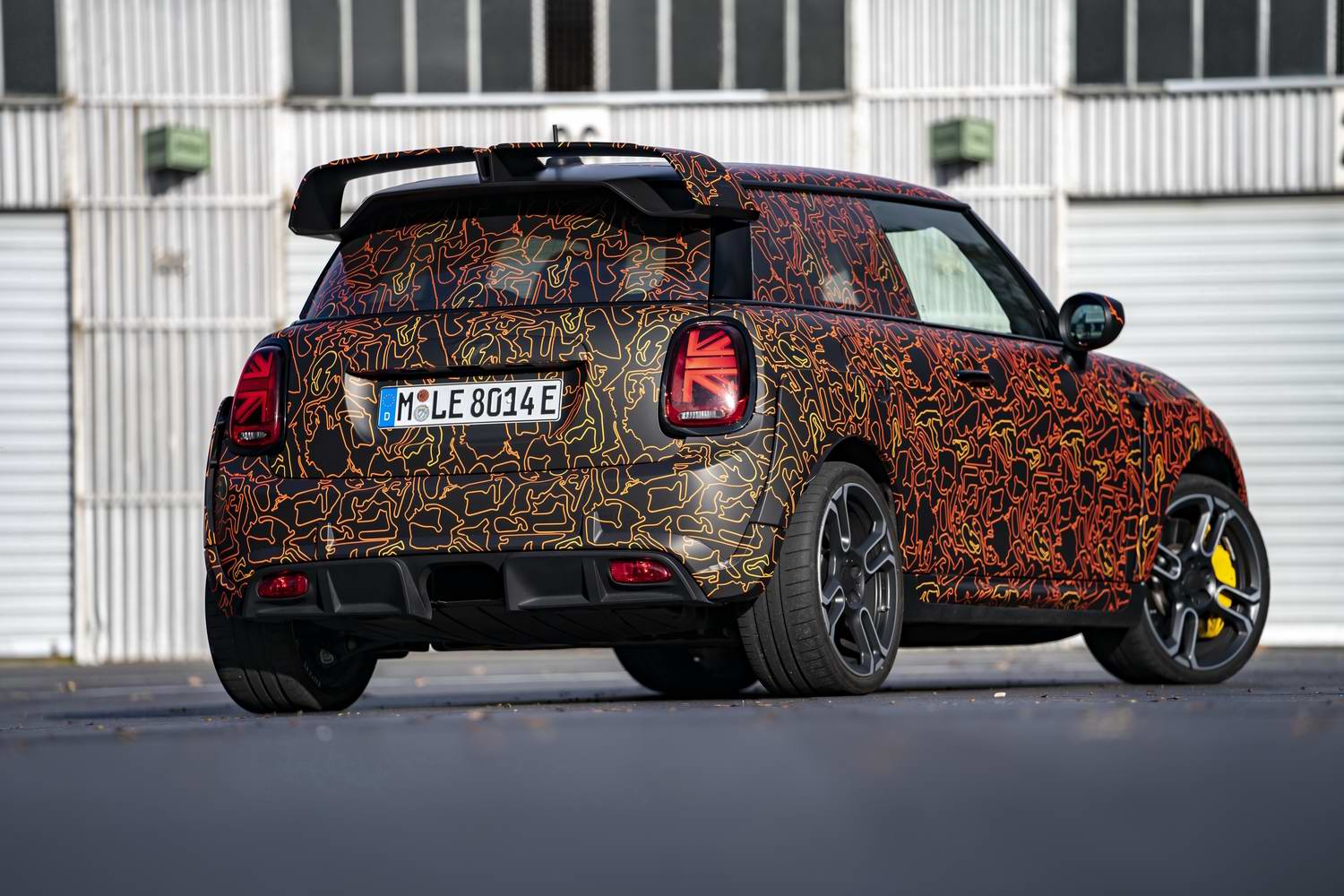 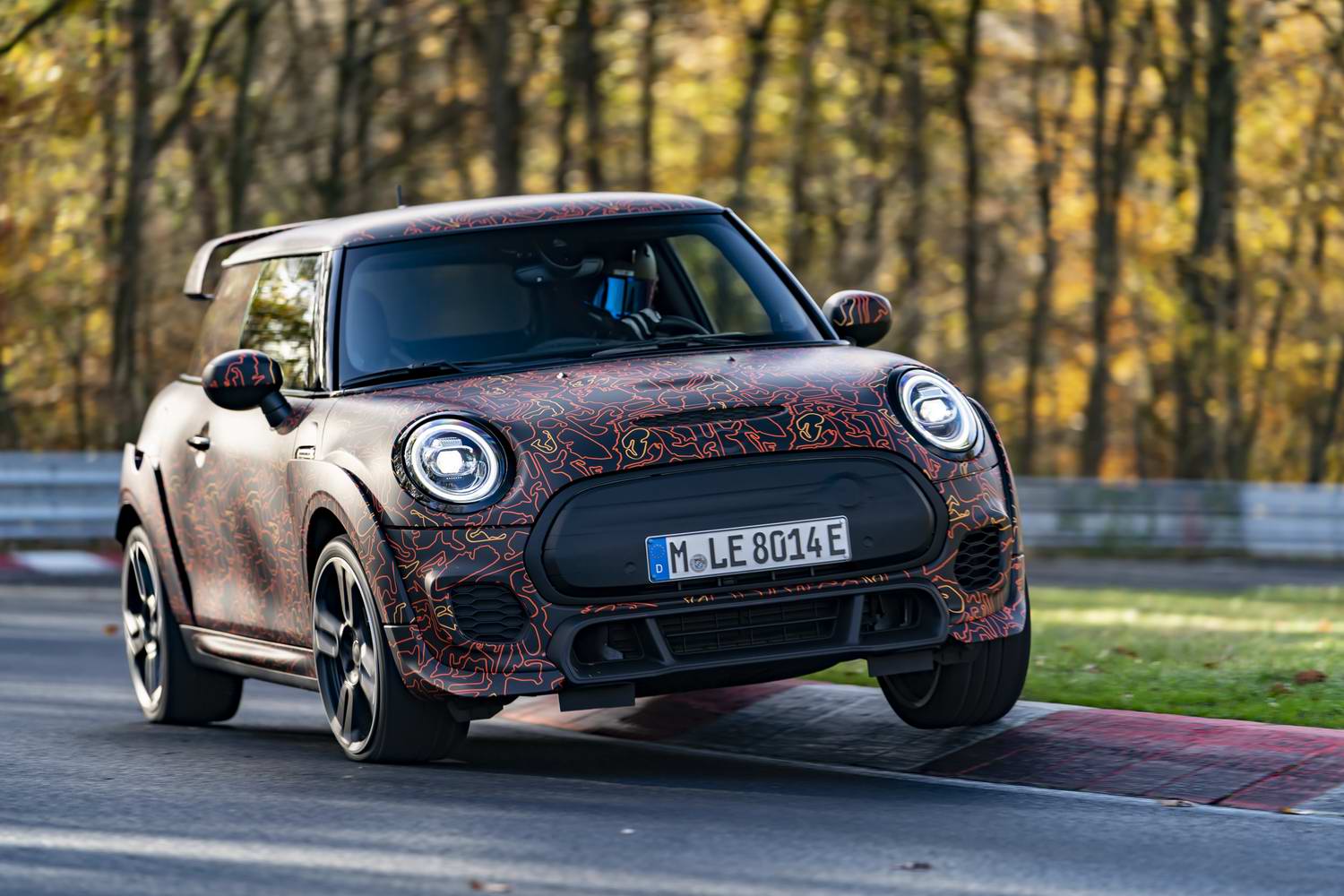 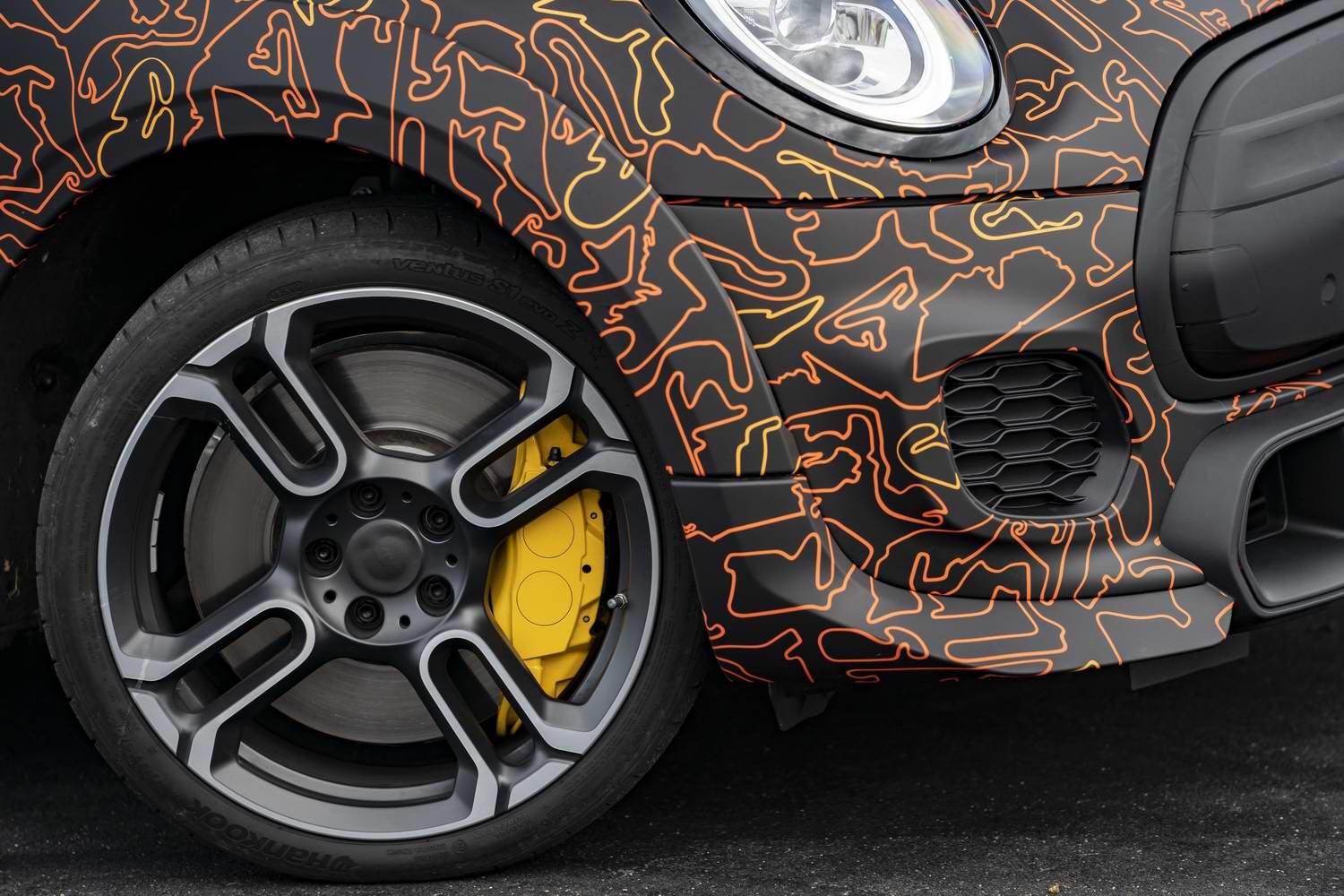 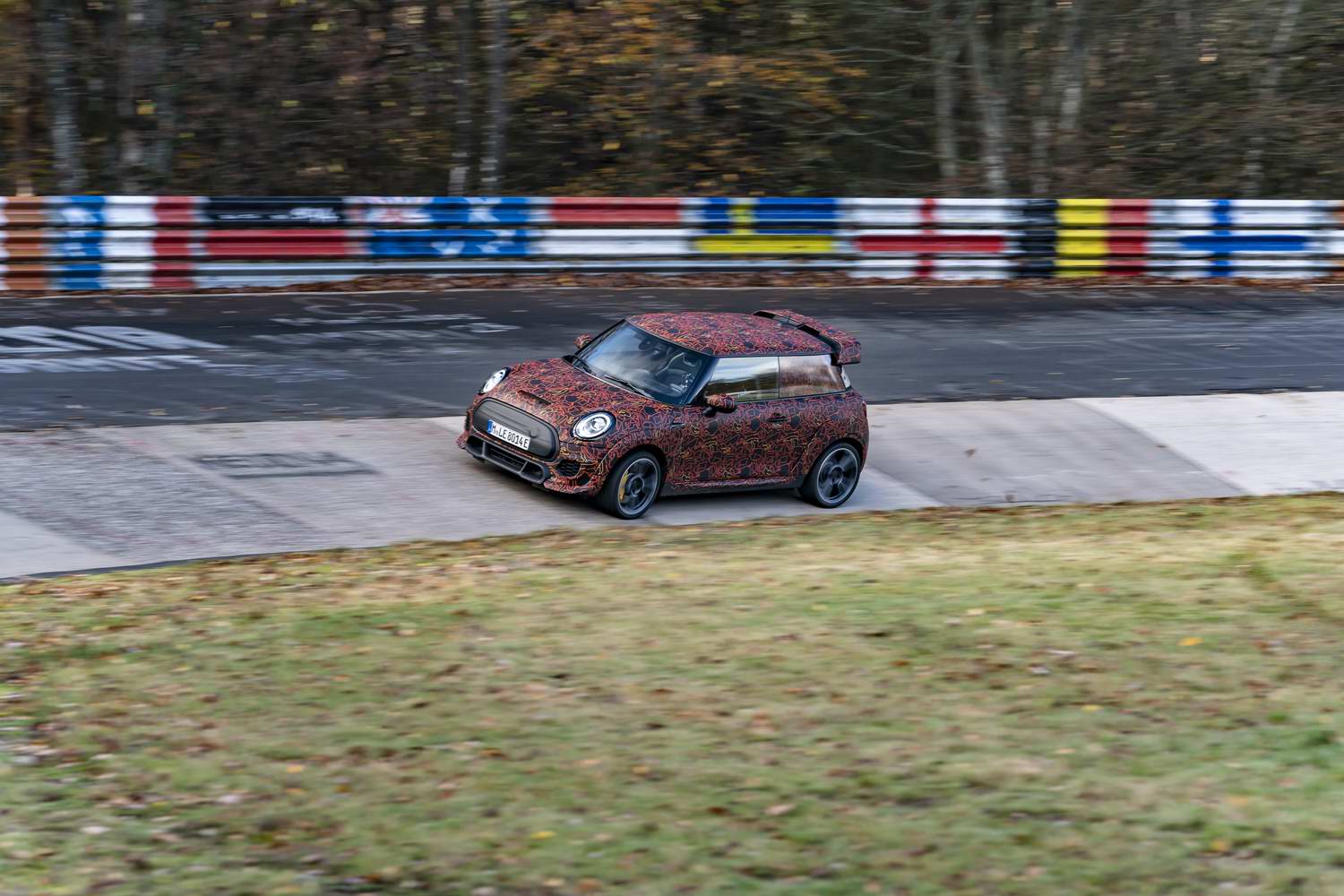 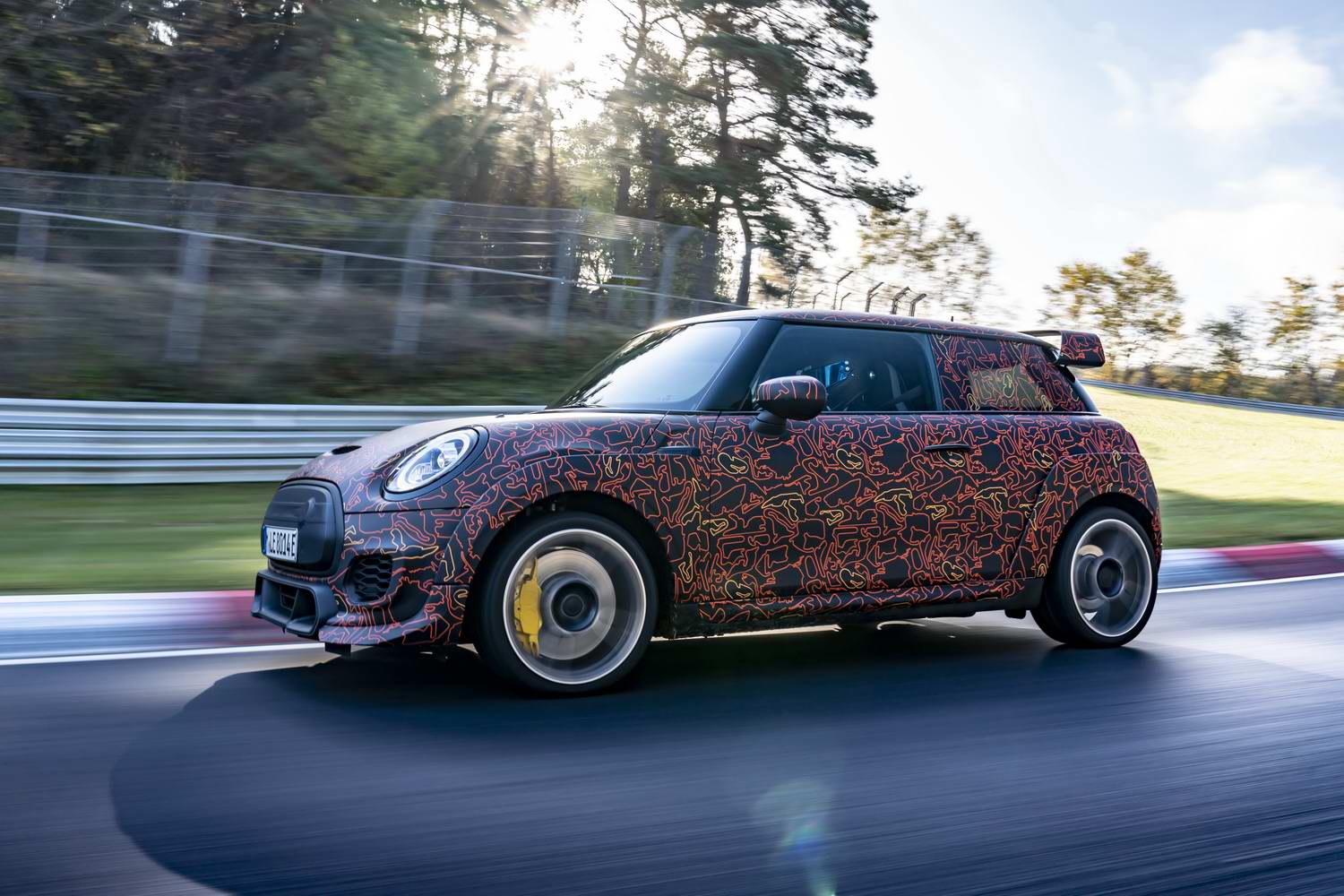 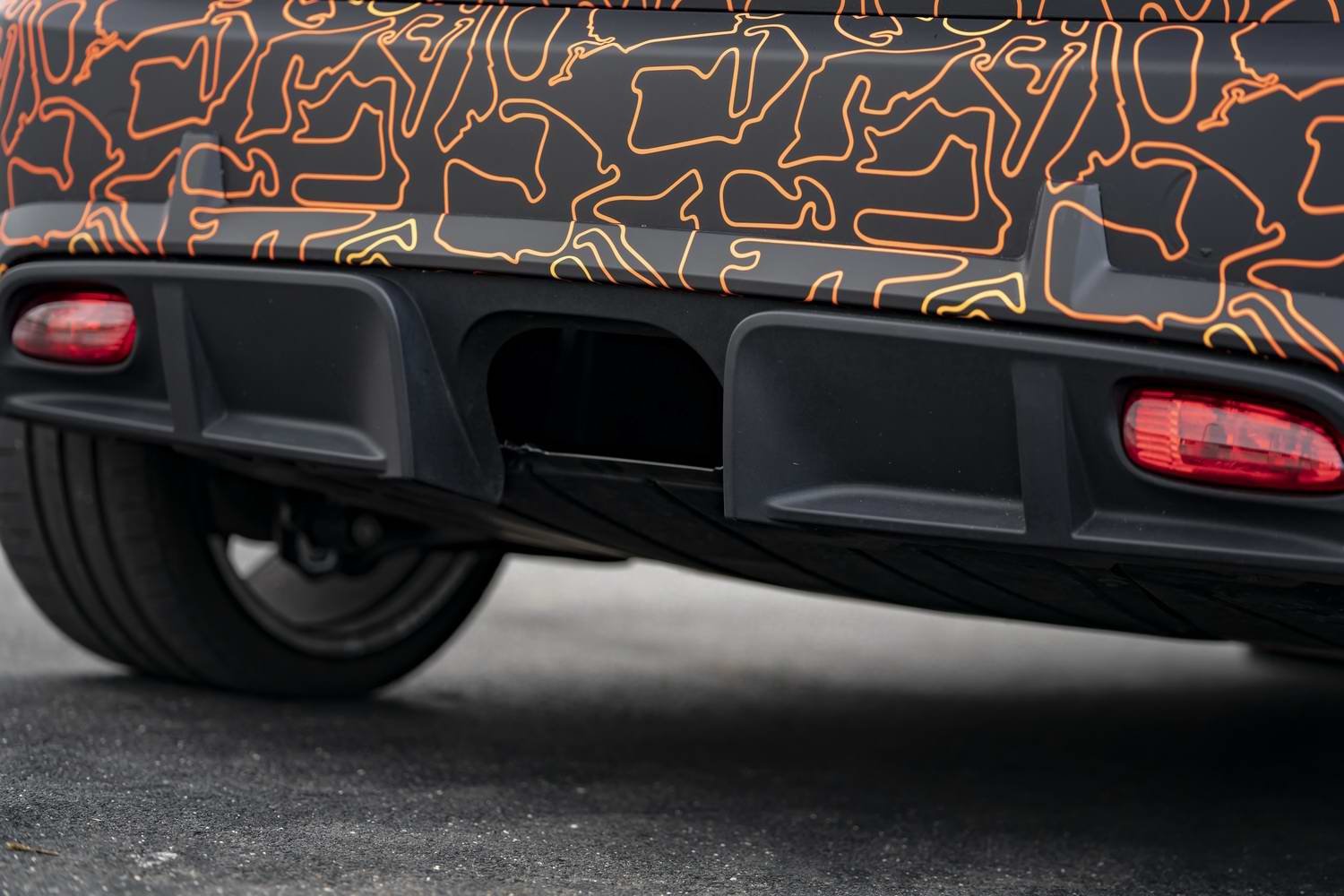 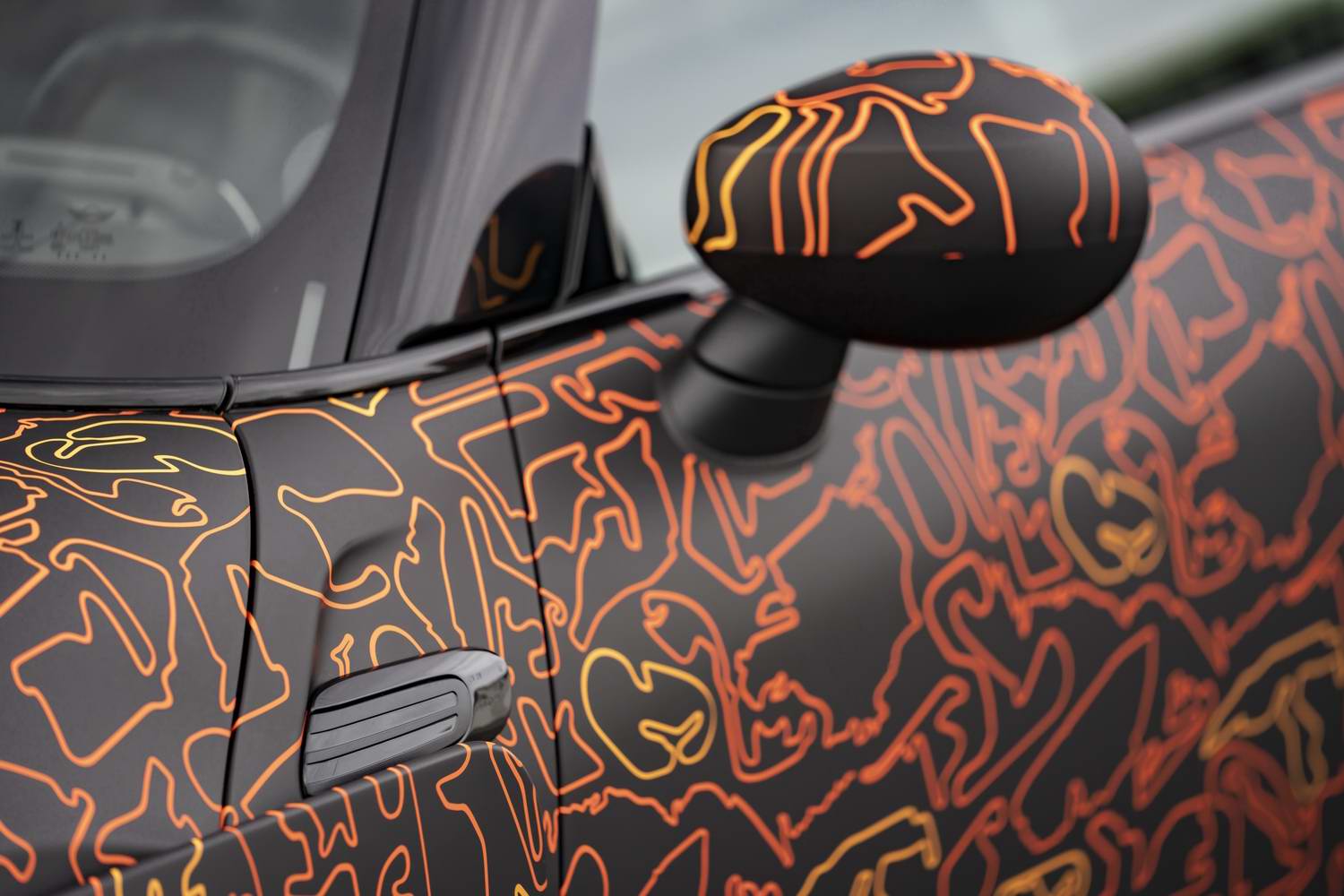 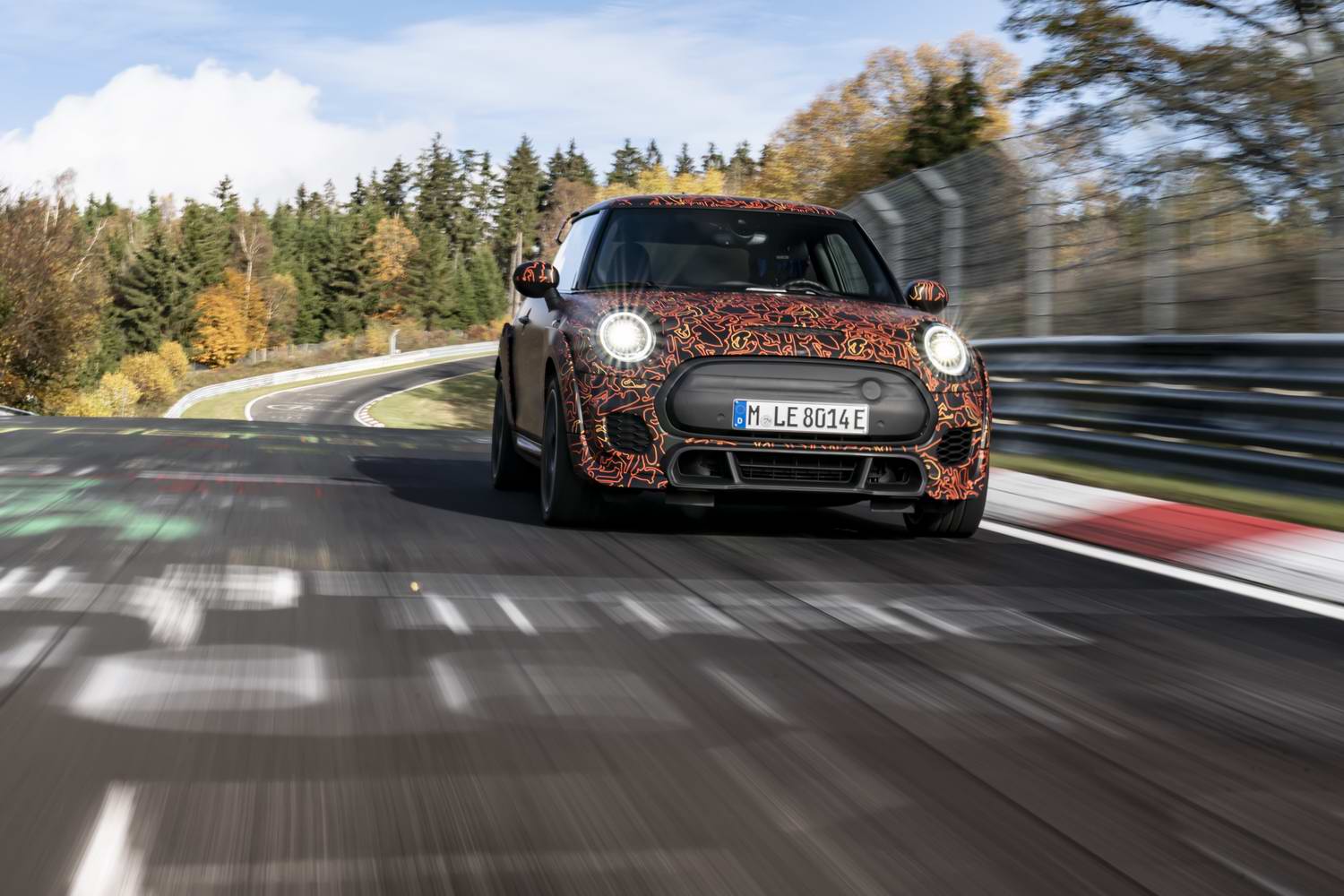 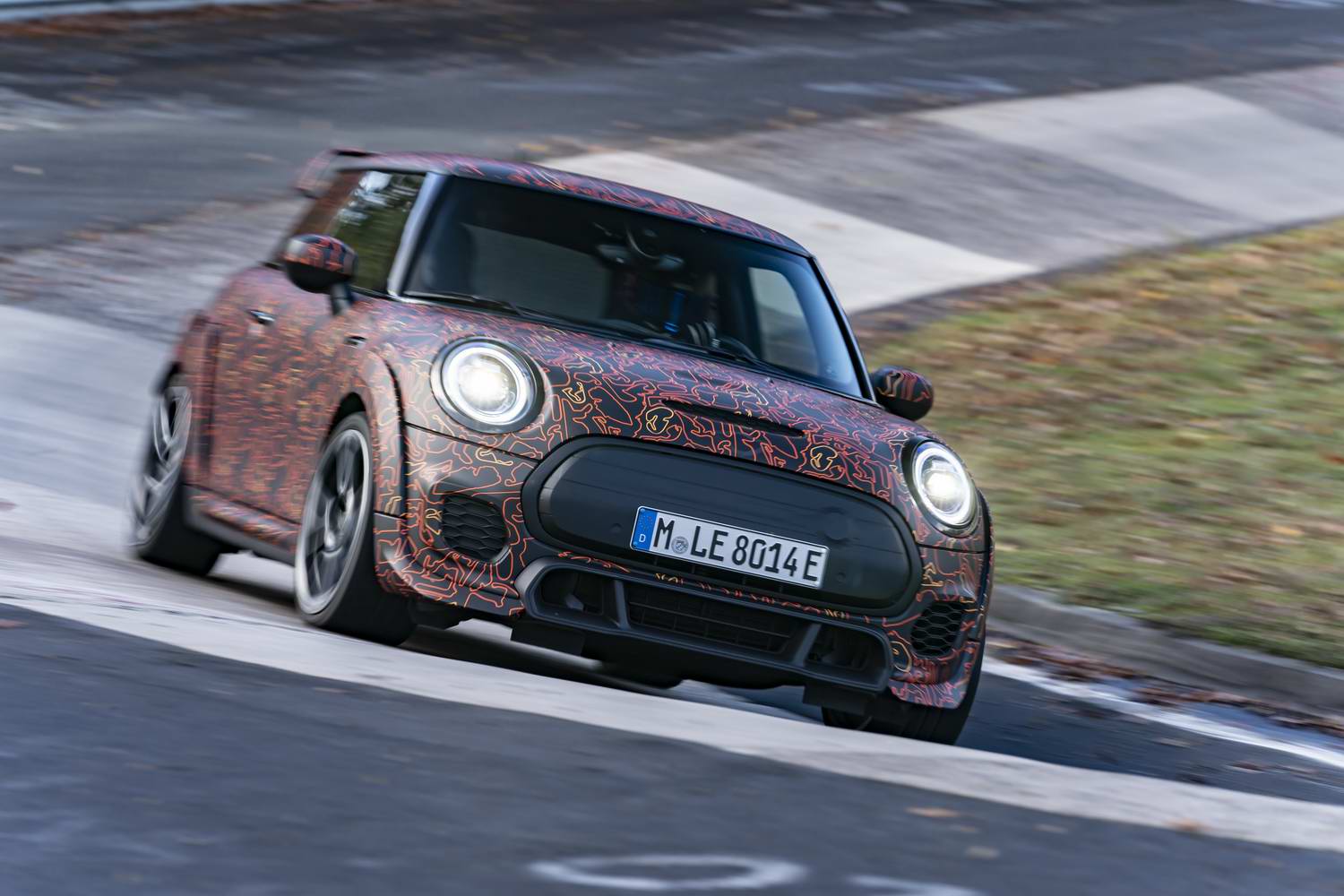 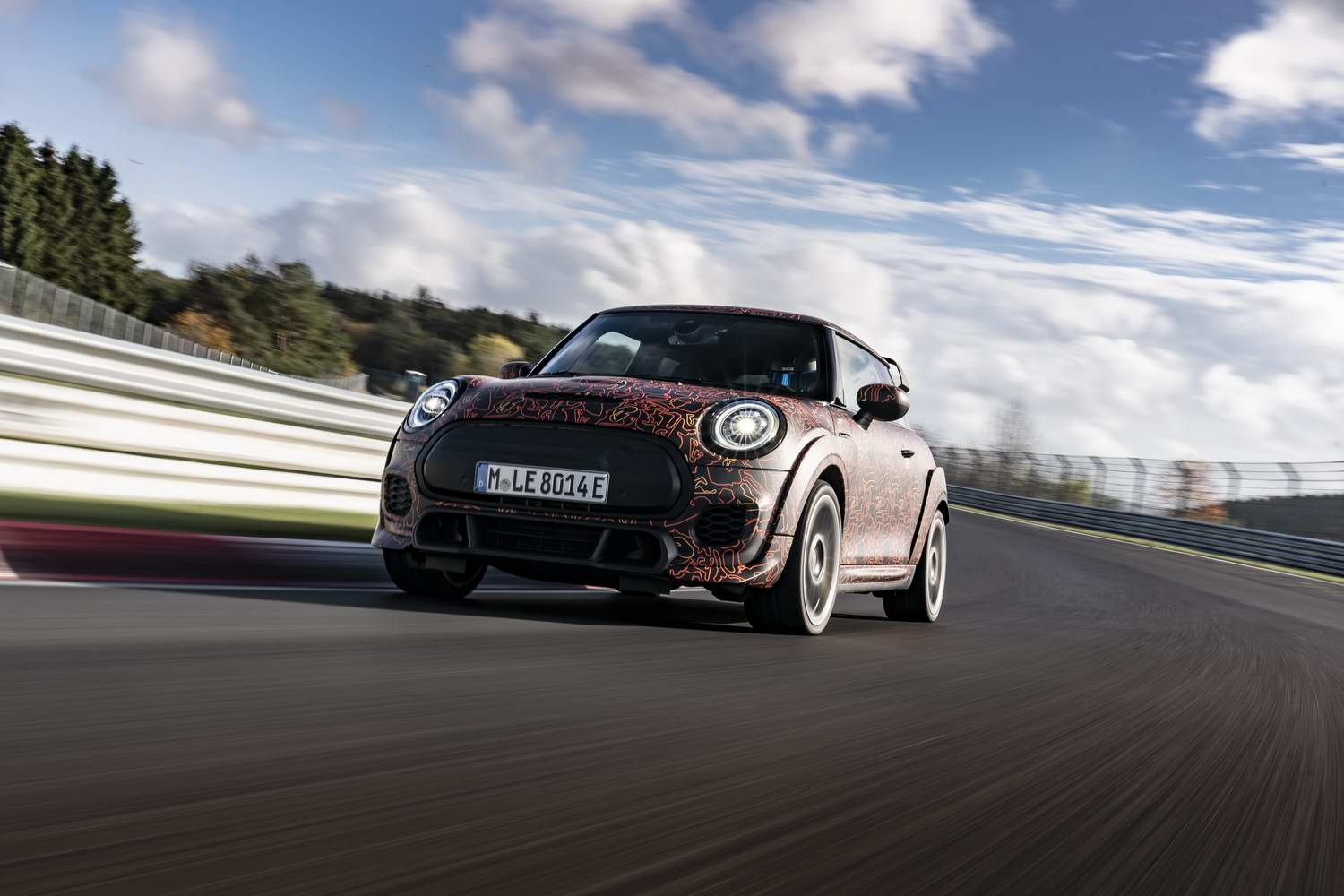 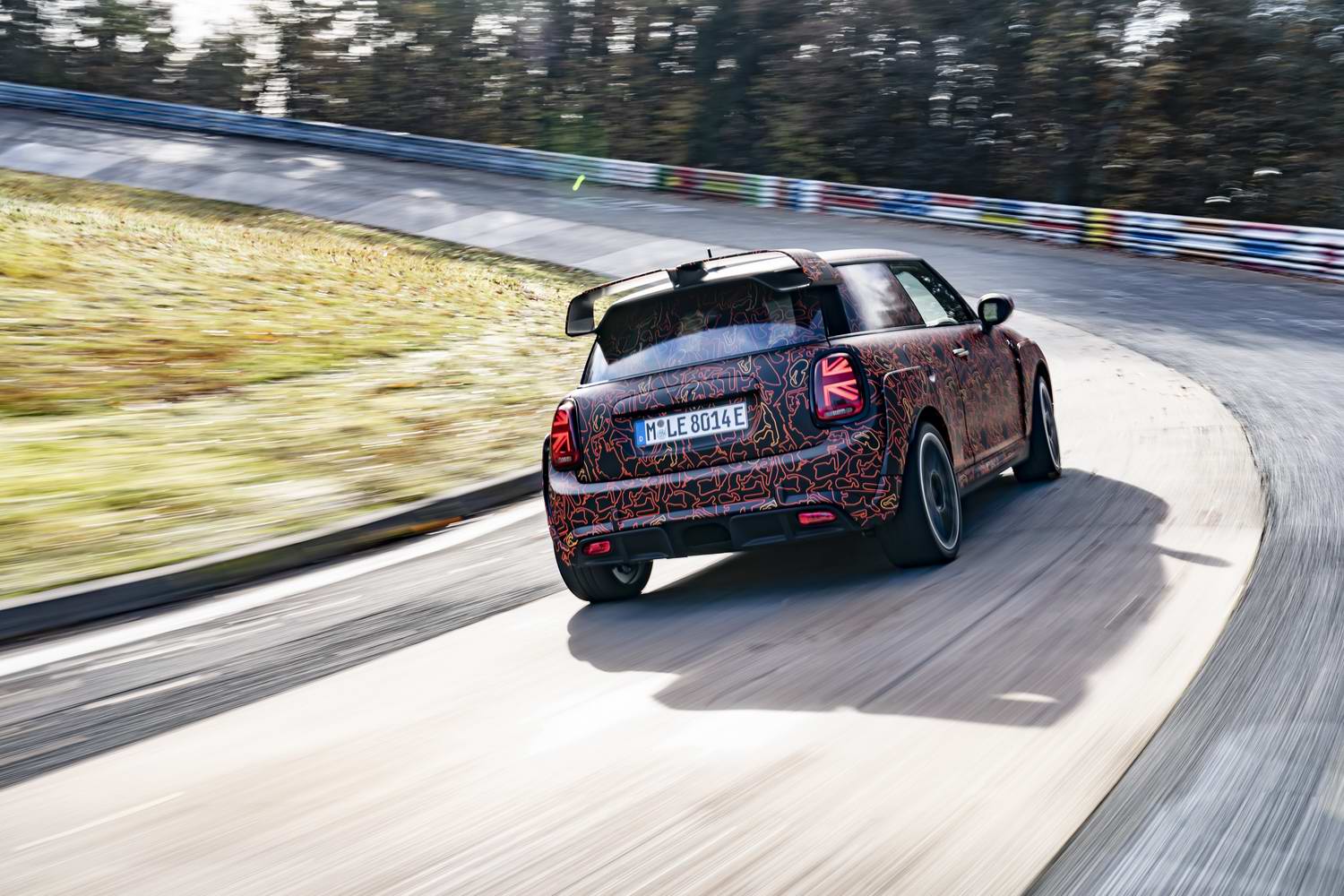 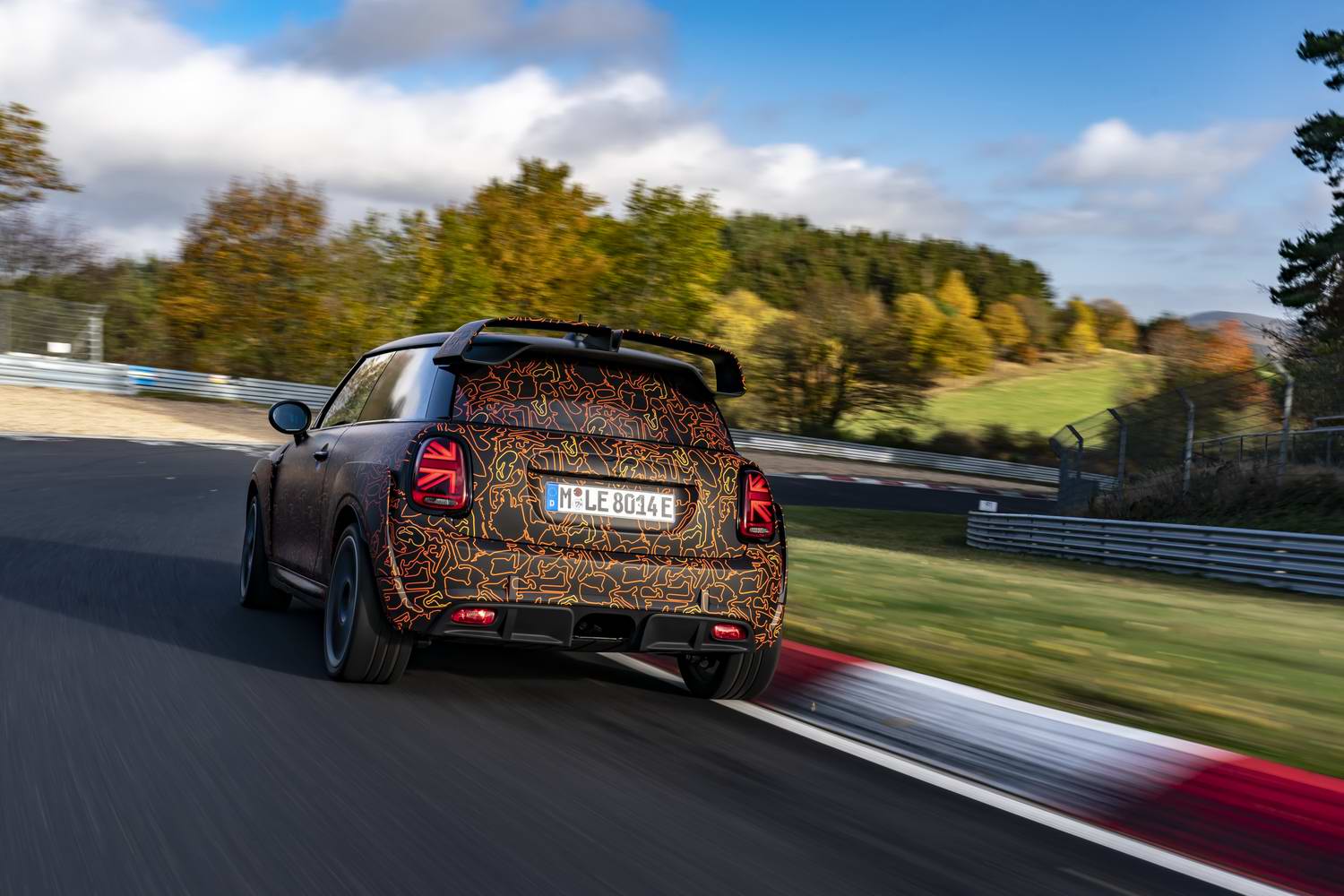 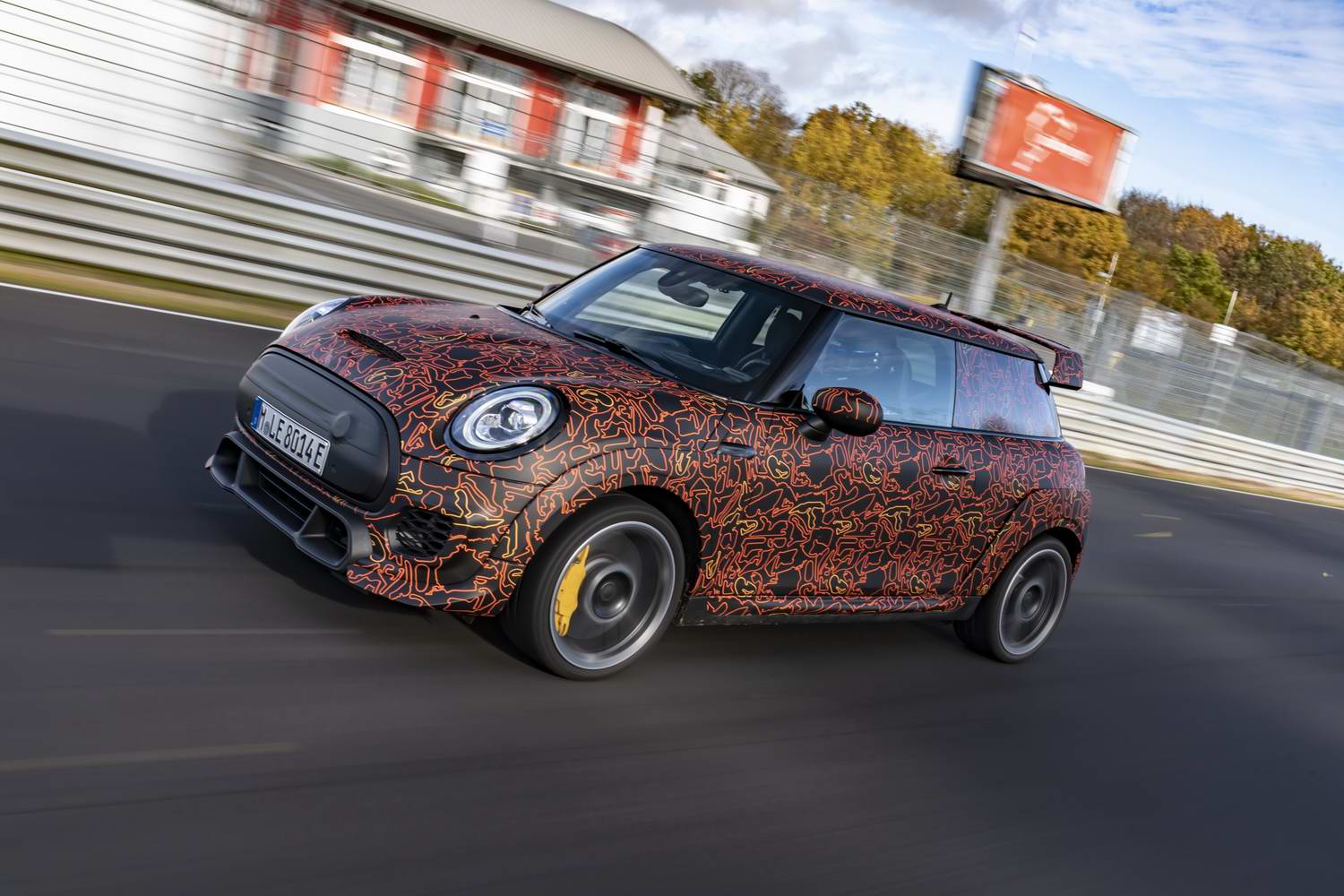 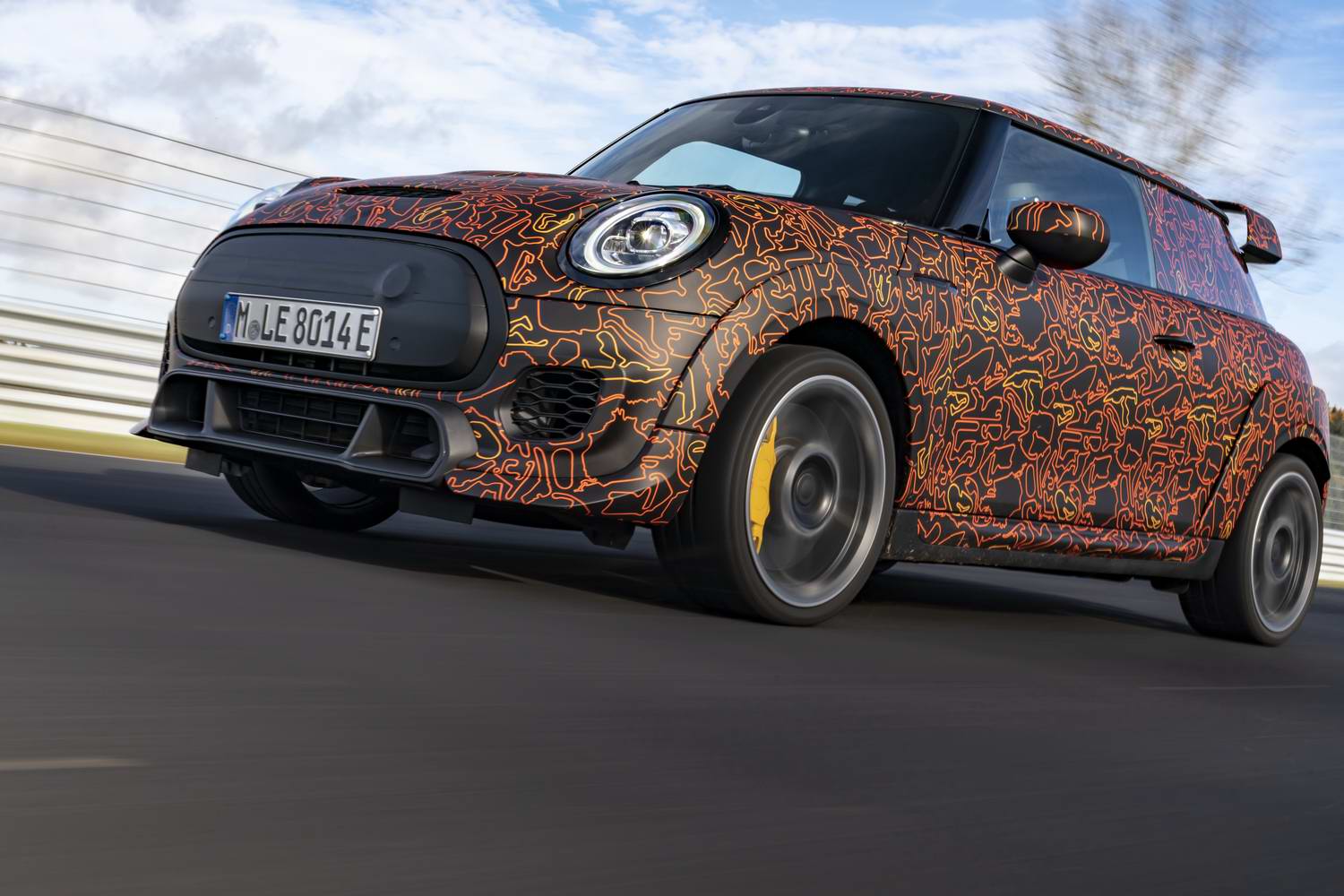 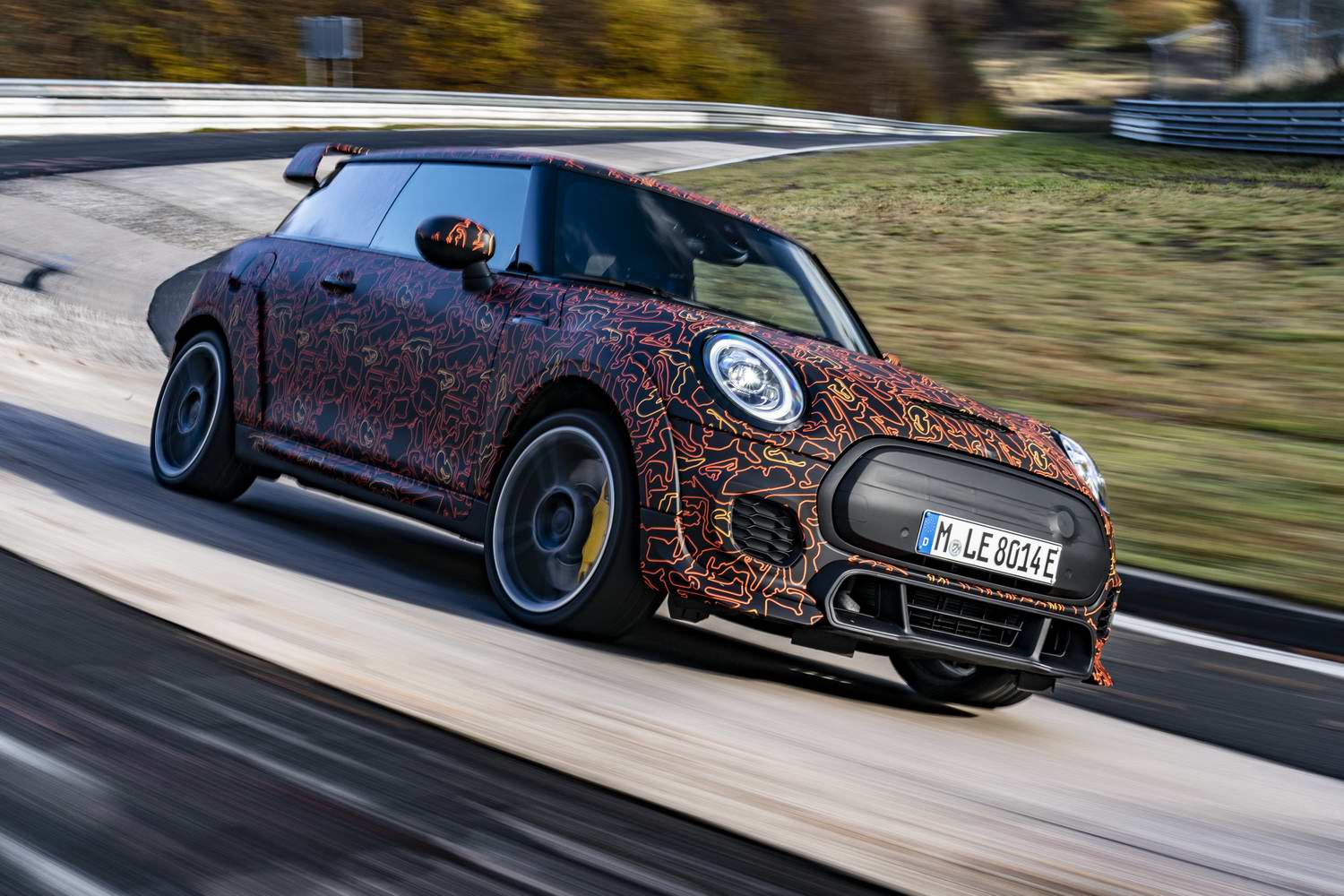 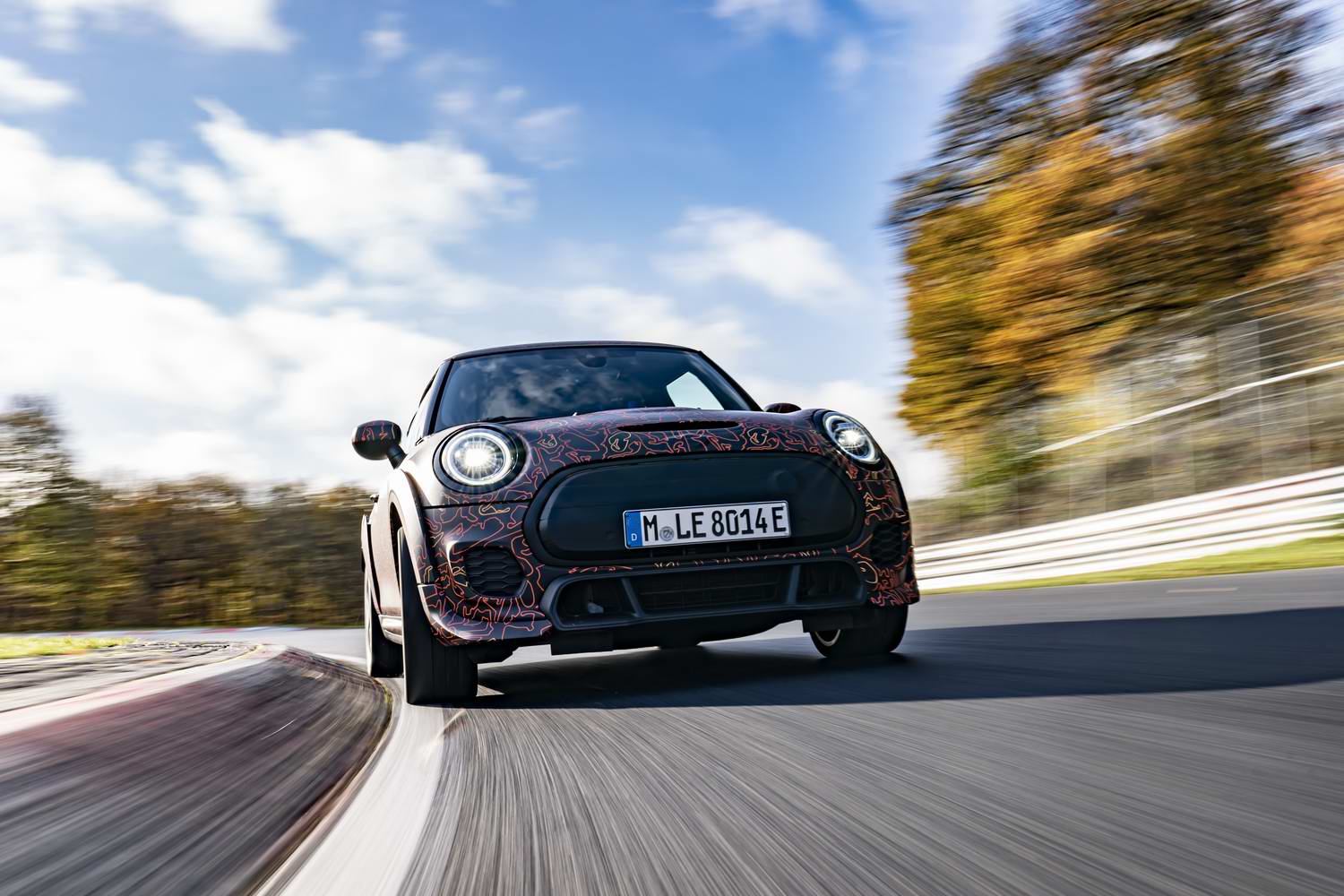 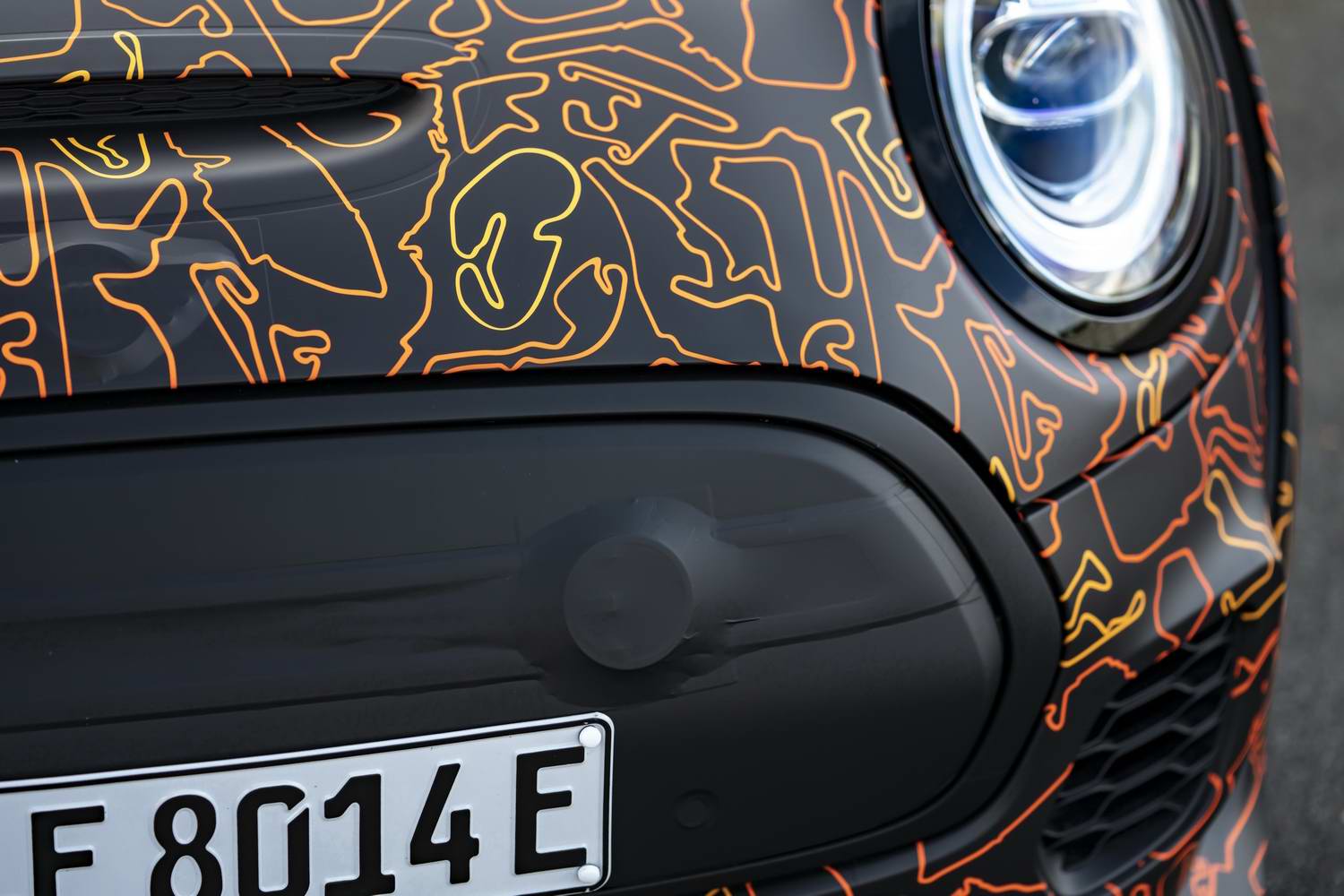 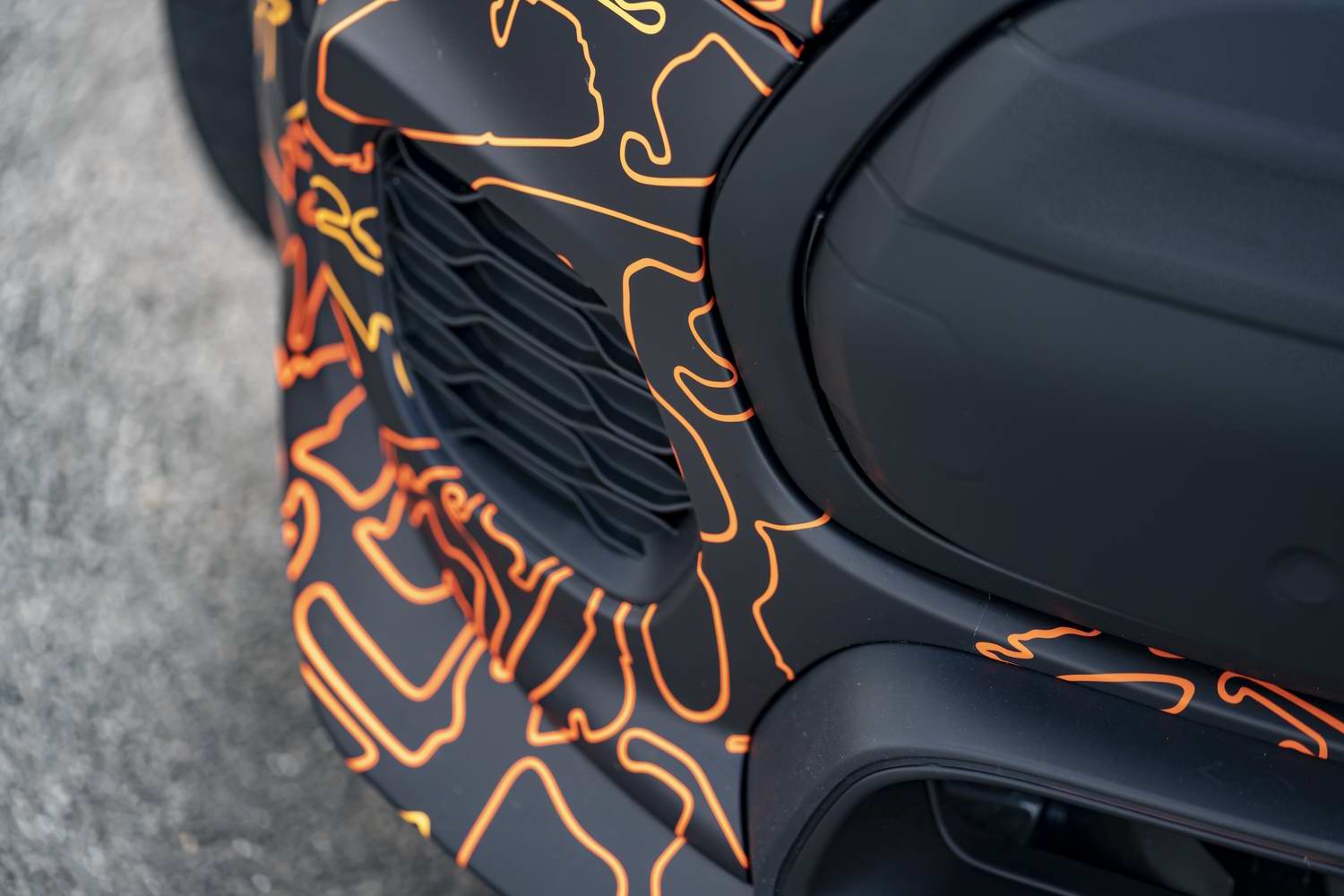 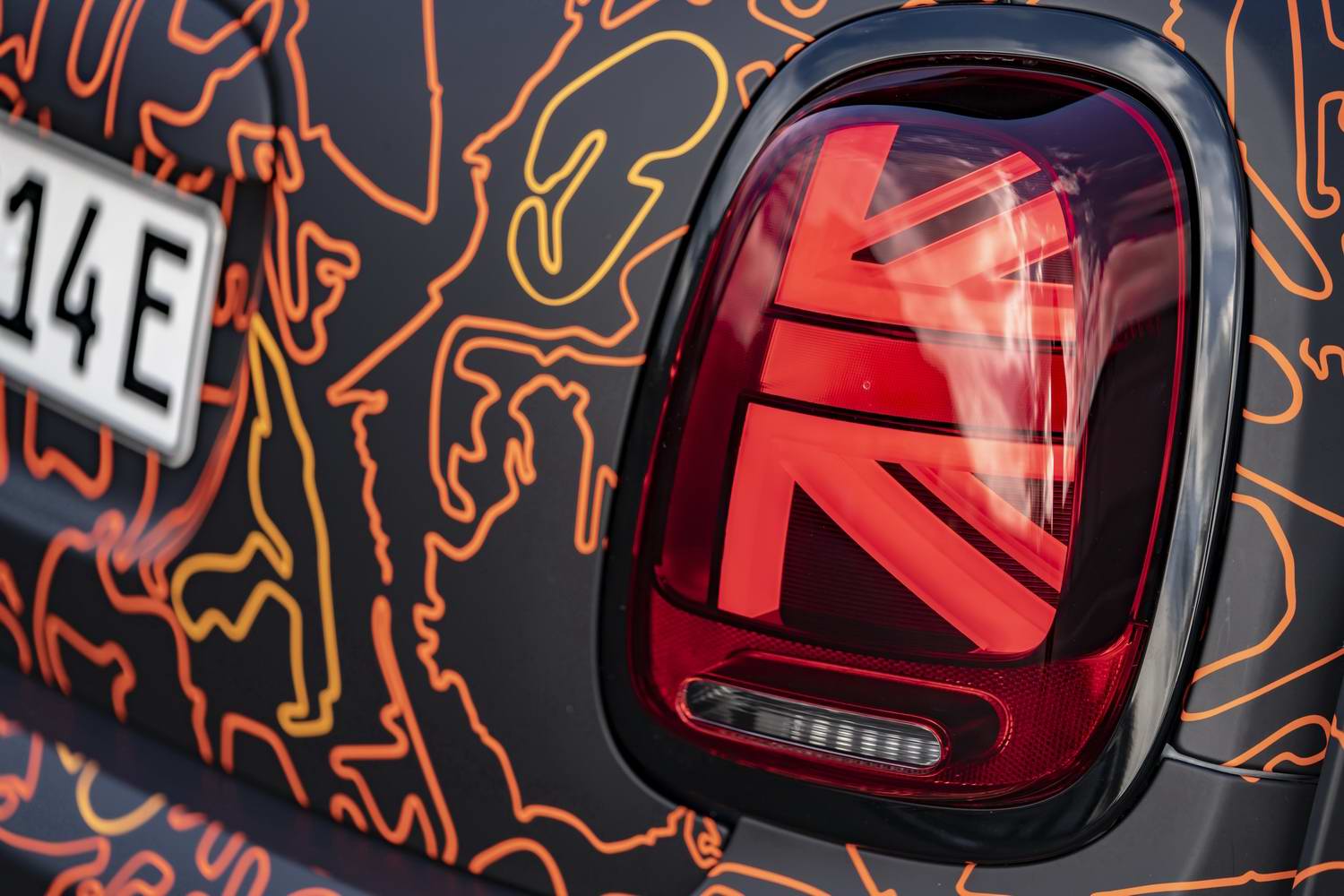 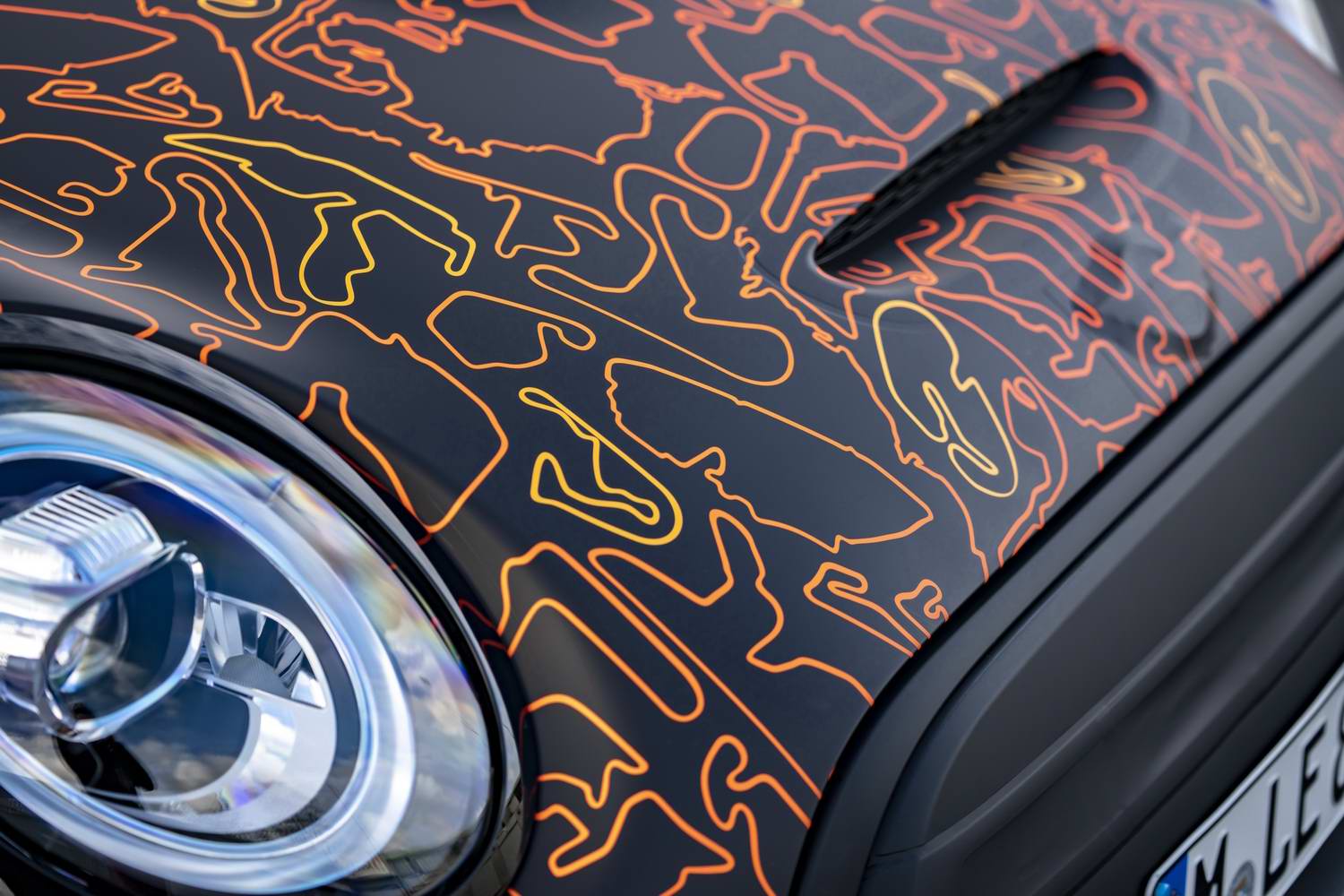 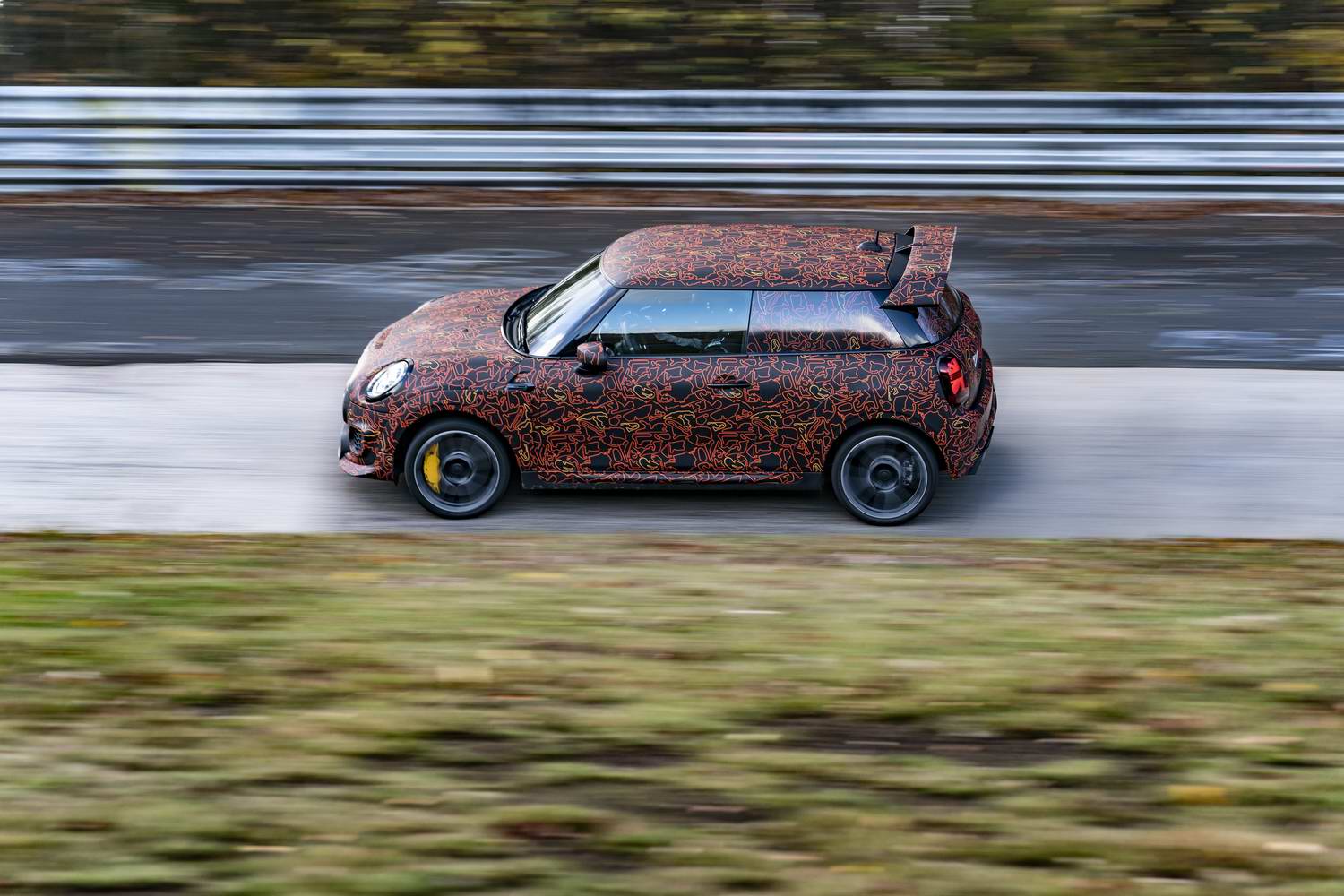 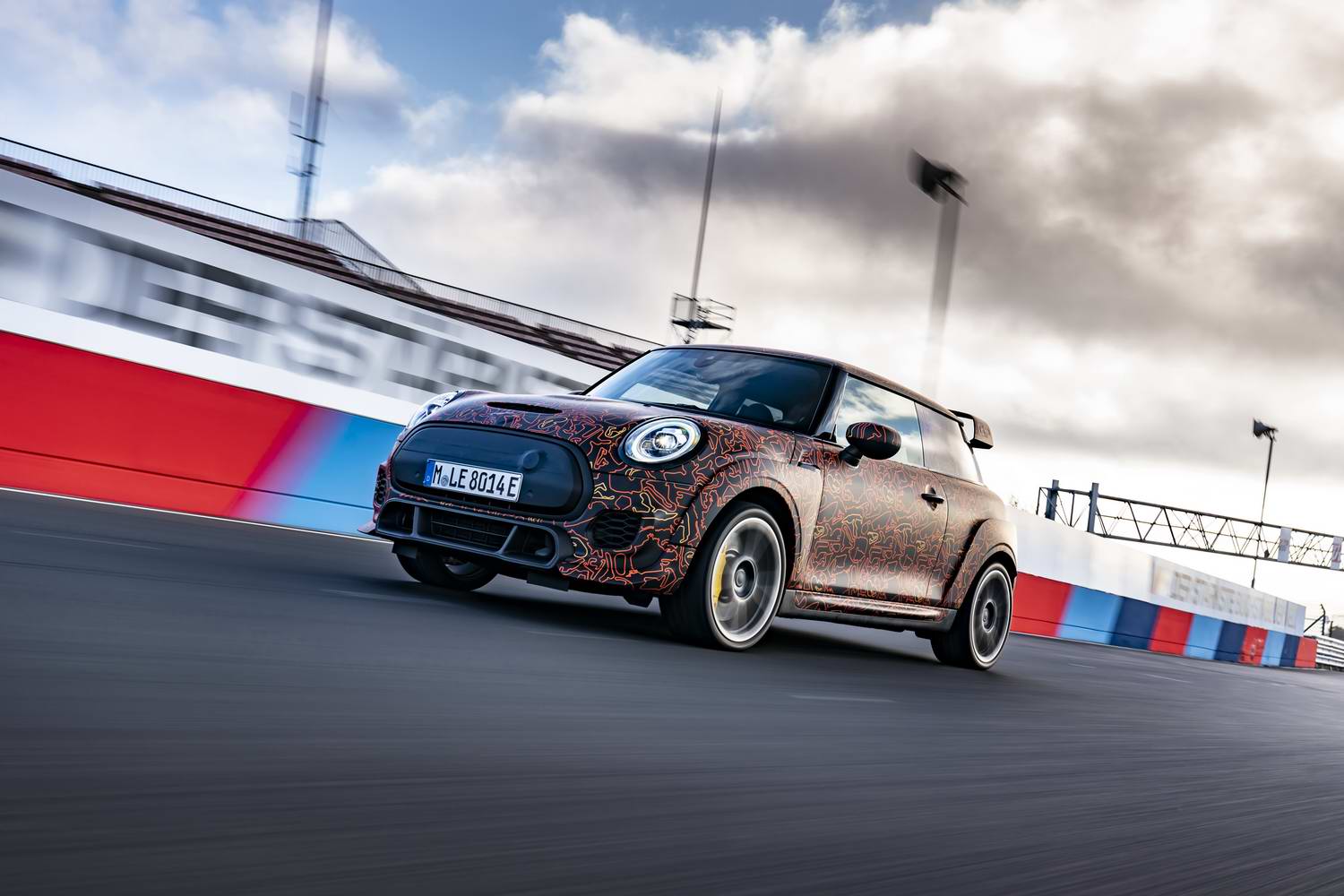 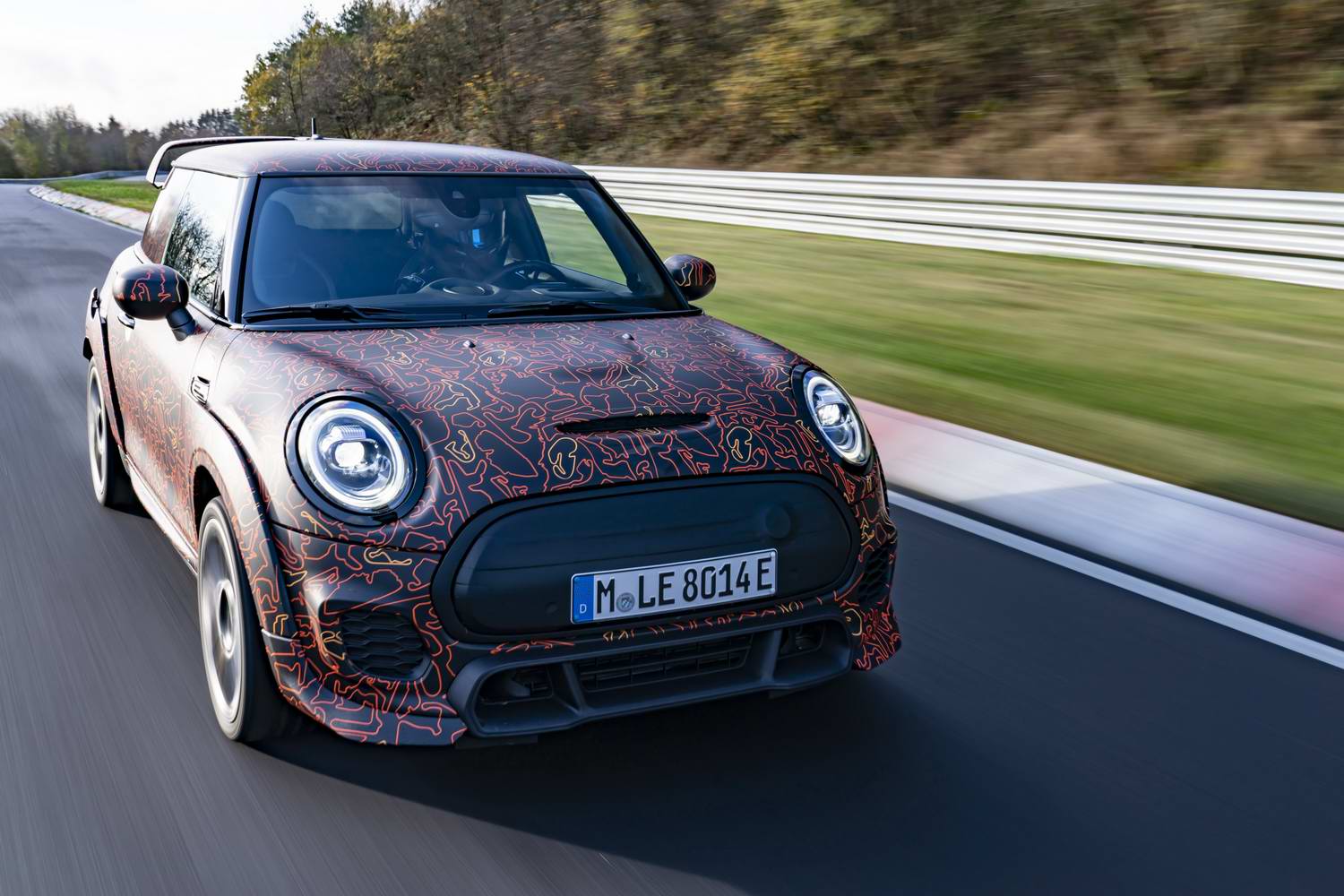 MINI has confirmed that it is working on electric power for high-performance John Cooper Works (JCW) versions of its cars. And that, in effect, is all we know for sure at this stage. "With the MINI Electric, we've shown how well brand-typical driving enjoyment and electric mobility can be combined," says Bernd Körber, Head of the MINI brand. "Now it's time to translate the passion for performance of the John Cooper Works brand to electromobility. That's why we're working to develop concepts for electric John Cooper Works models."

Accompanying the announcement is a set of images showing what appears to be a MINI John Cooper Works GP in a 'camouflage' wrap (look closely at it and you'll see it features outlines of the world's racetracks), lapping the Nürburgring Nordschleife in Germany, where BMW carries out a significant amount of its chassis development and testing. However, this prototype has no exhaust pipes sticking out of its rear diffuser, and the radiator grille is blanked off. It is also featuring distinctly huge - and bright yellow - front brake callipers, which seems odd given the extra braking power offered up by regeneration through the electric motor/generator.

The MINI Electric that you can buy right now is hardly slow, powered by a 184hp electric motor that also generates up to 270Nm of torque, but MINI will need to up those numbers to justify the JCW badge. Elsewhere in the BMW range, there's a new generation of motor and electrical system, as found in the BMW iX3, but we're not sure if that system, an integrated design, is suitable for the front-drive chassis of the MINI. With 286hp and 400Nm of torque, it would sit neatly below the MINI JCW GP in performance terms.

MINI isn't giving up on petrol power just yet. Körber also said: "John Cooper Works models with conventional combustion engines will still continue to have an important role to play, to make sure we're addressing the wishes and needs of performance enthusiasts all around the world. With this new focus on electric performance, we're also creating the opportunity to sharpen the distinctive profile of the John Cooper Works brand more than ever before."