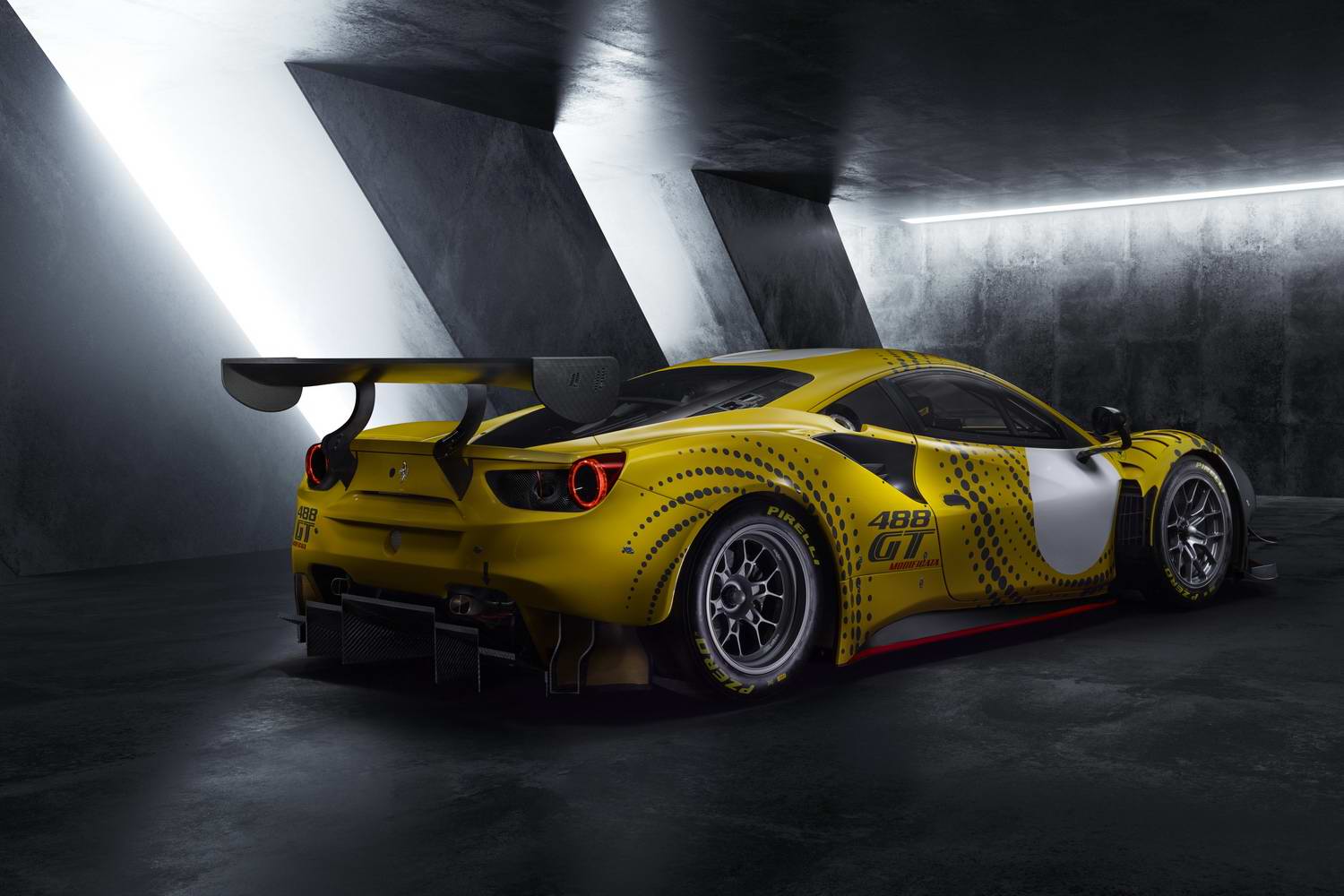 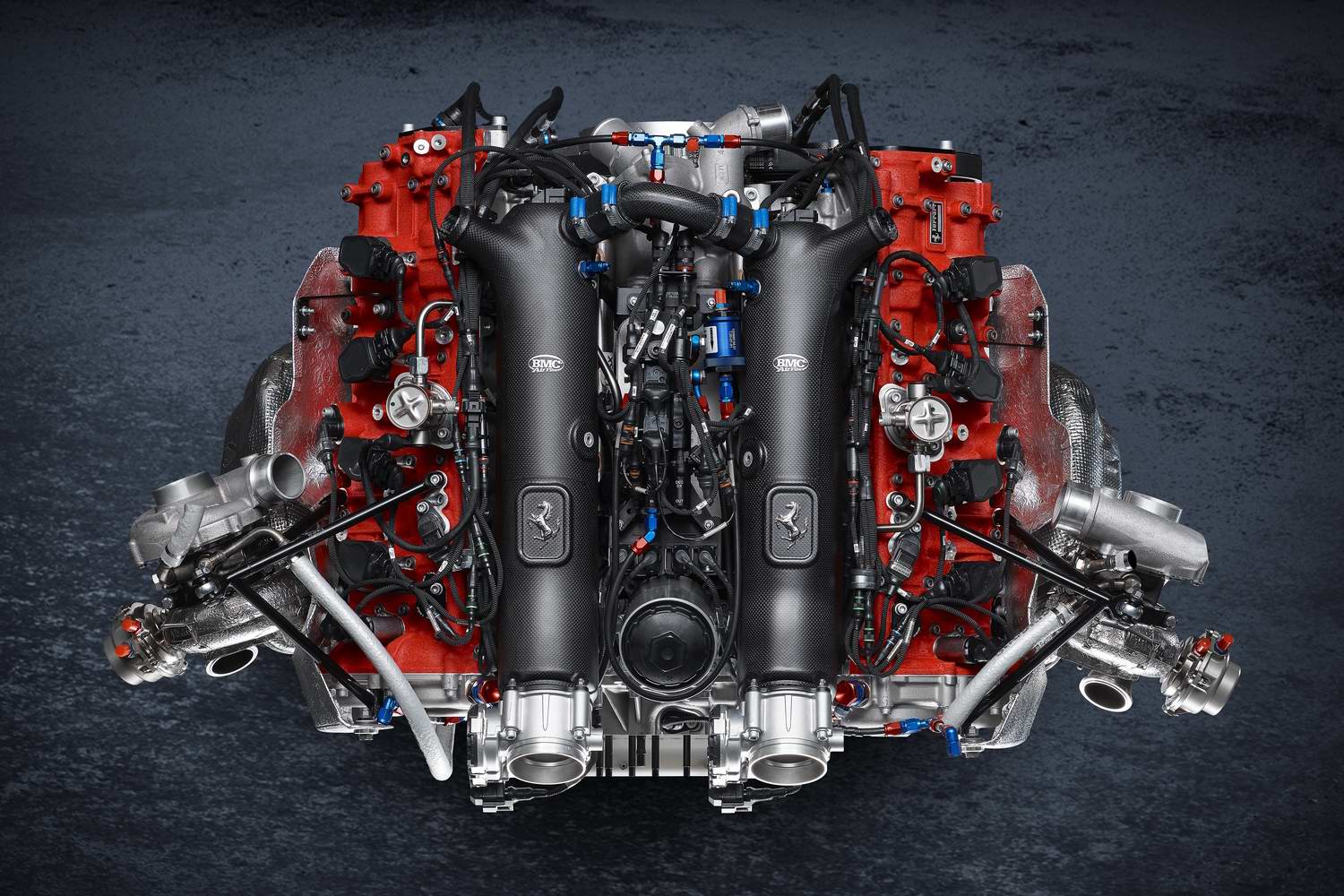 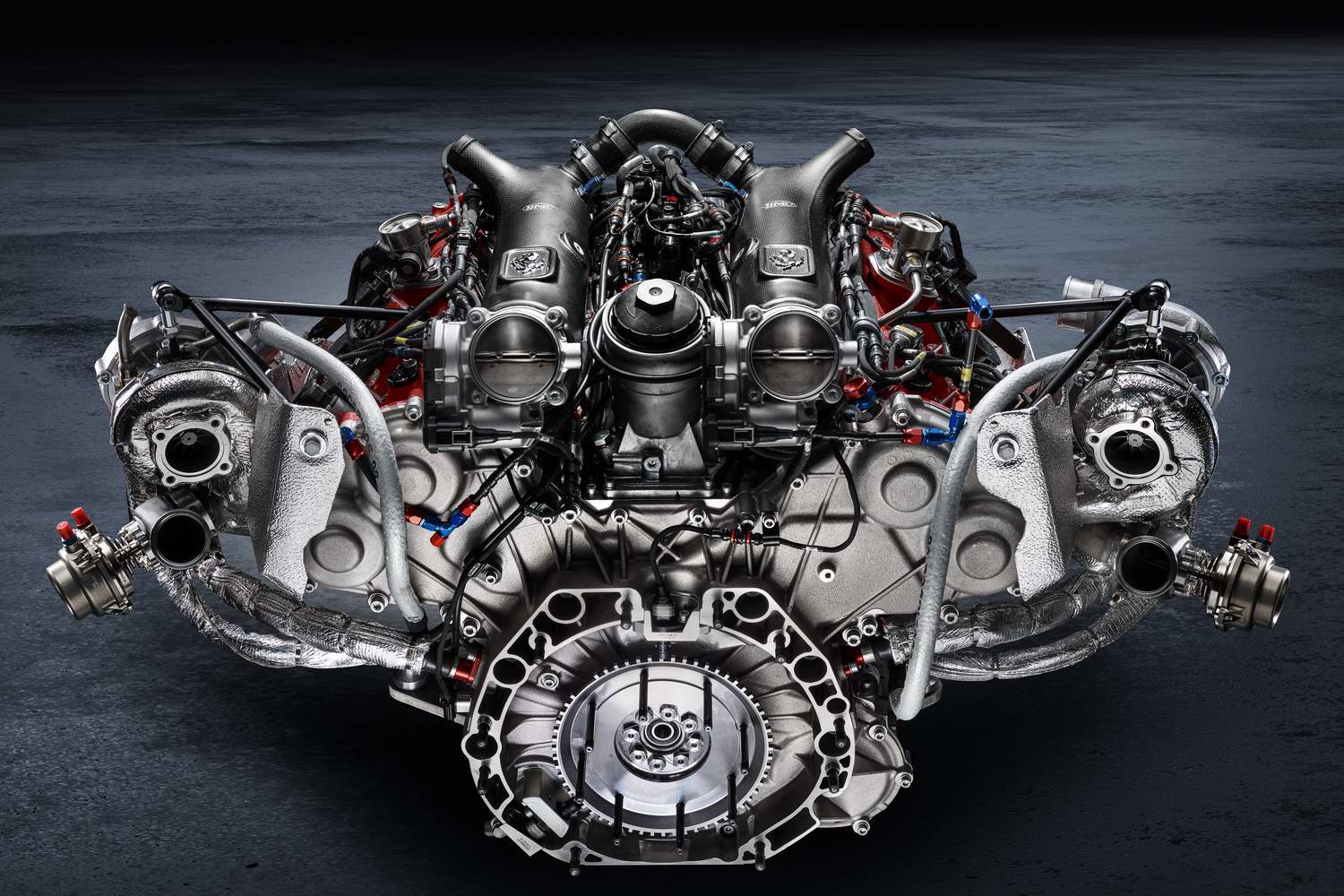 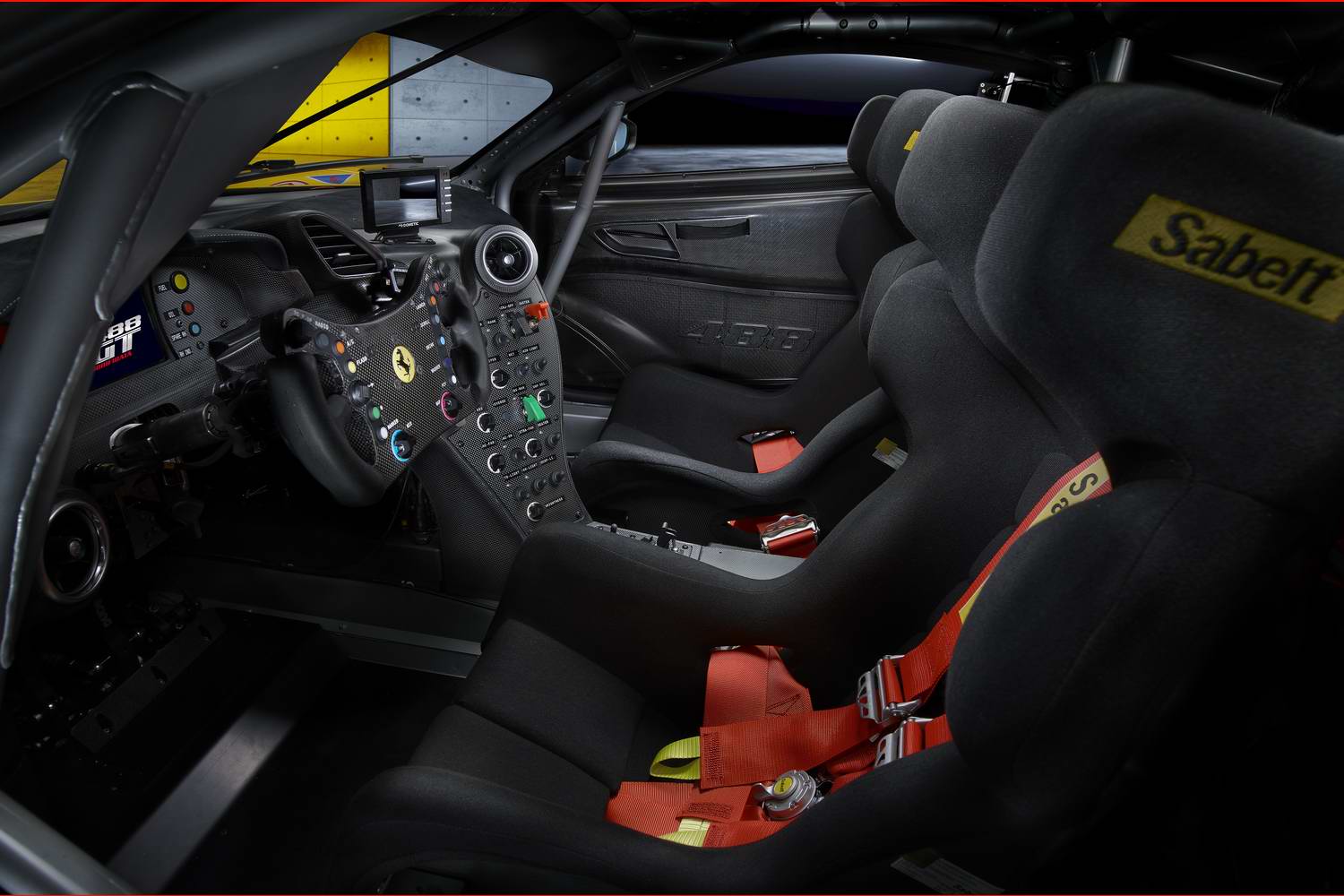 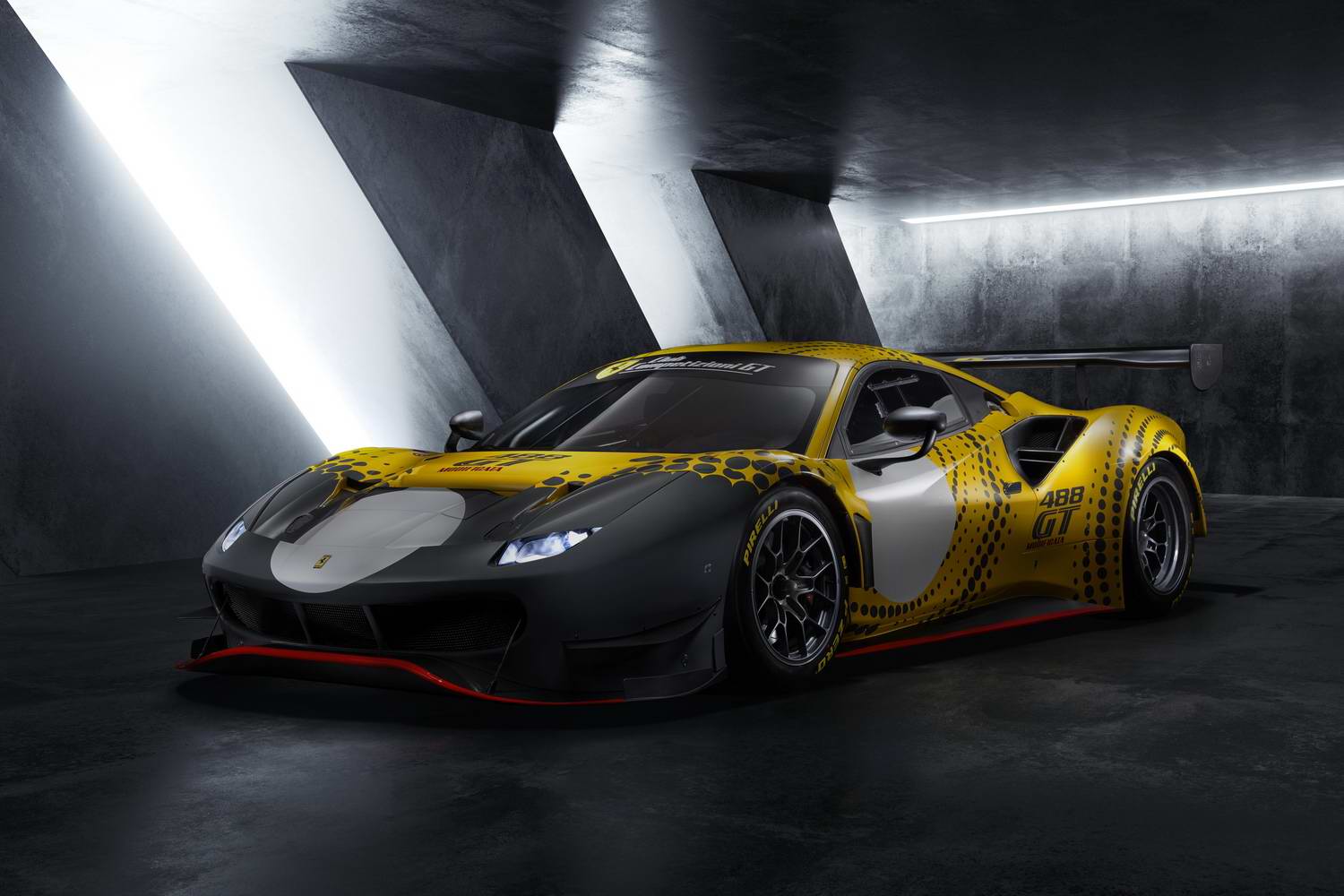 Yeah, sure, a Ferrari 488 racing car - whether in GT3 or Le Mans GTE spec - is all well and good. Fast, low, sonorous, sexy, but we all know it's being held back by the rules. Well, not anymore - Ferrari is going to release this, the 488 Modificata, a 488 race car no longer constrained by the scrutineers.

In Ferrari-ese, the Modificata name means "designs that have been evolved for better performance." The 488 Modificata takes the basic (if that's quite the right word...) 488 GT3 and GTE variants, and proceeds to tear up the rule book. Almost literally.

By removing the Le Mans-spec air restrictor, the power output of the 3.9-litre turbo V8 engine swells from its normal, restricted, 600hp to more like 700hp. The engine gets a re-map to make the most of the extra air intake size, but Ferrari claims that the power increase hasn't affected the units Le Mans-bred reliability.

The gearbox, which retains its racing-spec carbon clutch, can be fitted with different gear ratios depending upon which track you're going to take the 488 Modificata to. And it'll have to be a track, and a private session at that. Nothing like road legal, thanks to the Modificata mods, the 488 is no longer race-legal either.

There's a new aerodynamic profile, which shifts the centre of pressure forwards, generating higher downforce at the front without increasing overall drag, making for better efficiency and sensitivity to changes in rear wing angle. The bodywork is all-carbon-fibre (aside from an aluminium roof and doors) and the wing, the pressure change, and the body shape all contribute to around 1,000kg of downforce at 230km/h.

The suspension for the Modificata is carried over from the Le Mans-spec GTE version, while the brakes, developed by Brembo, get a clever ABS setup drafted in from the 488 GT3. On-board, you'll find a V-Box data-logging system, with Bosch telemetry, which can be downloaded onto a USB stick. There's a high-def electronic rear-view mirror, a standard passenger seat (for terrifying sundry relatives on track-days, no doubt) and an on-board tyre pressure monitor.

They, and their cars, will be invited to Club Competizioni GT events - the aim of which is to bring back to the track the most significant and successful cars in the recent history of Prancing Horse closed­ wheel racing, from the F40 Competizione to the more recent 488 GT3 and GTE. In 2021, customers will have the chance to participate in five events on tracks that bring out both the handling and dynamic qualities of the cars, such as the Virginia International Raceway, Monza, Watkins Glen, Suzuka and Nurburgring, as well as the Finali Mondiali.