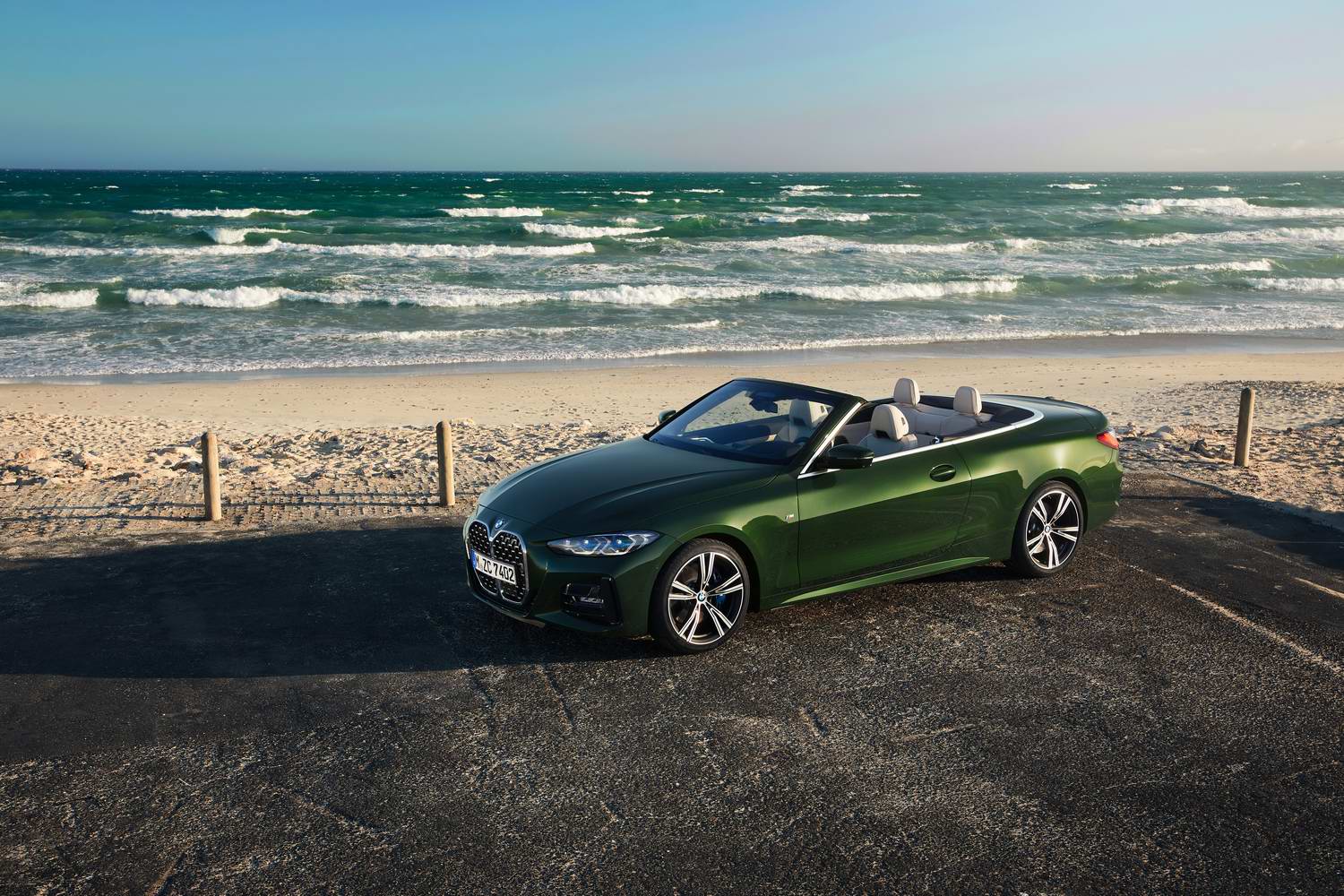 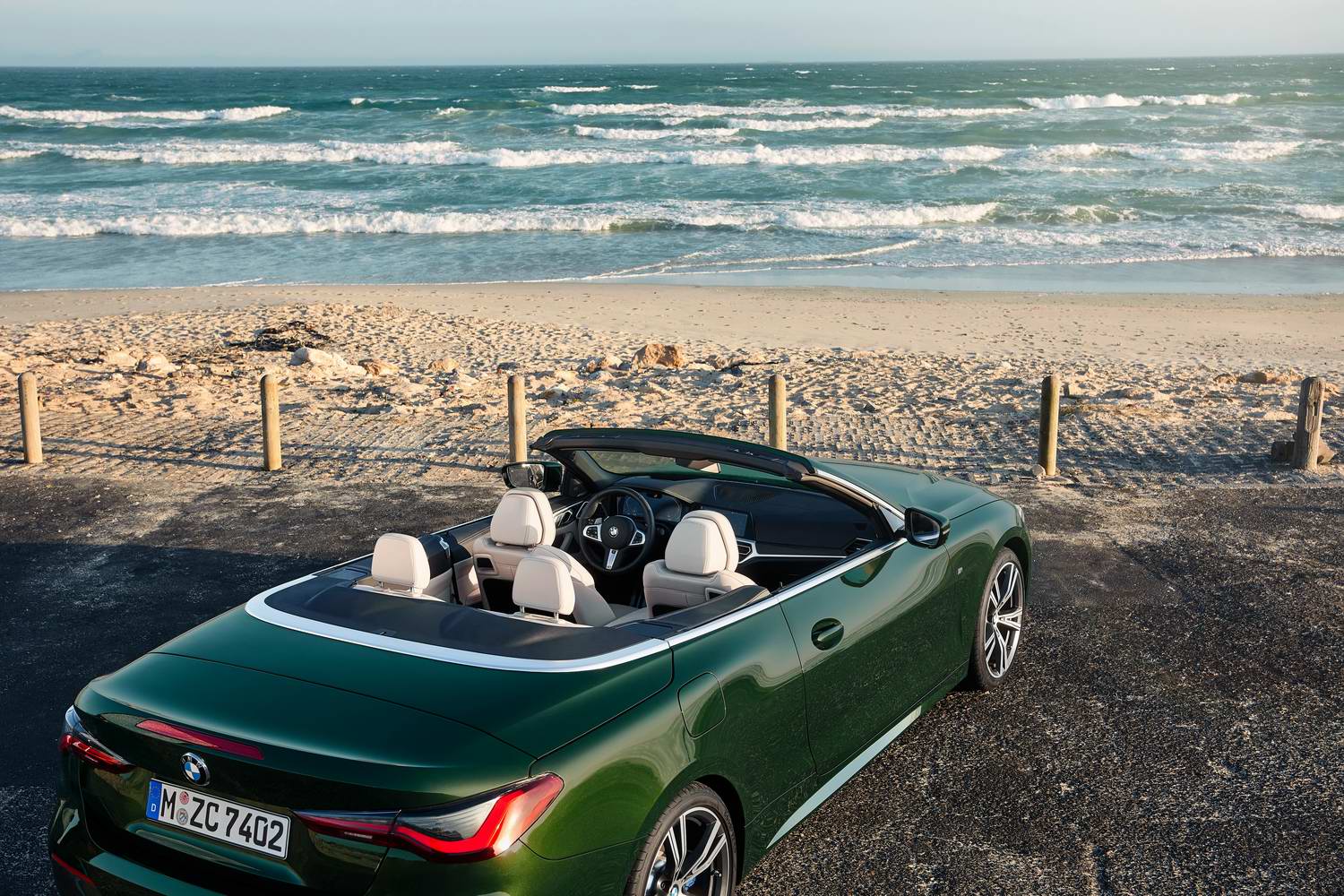 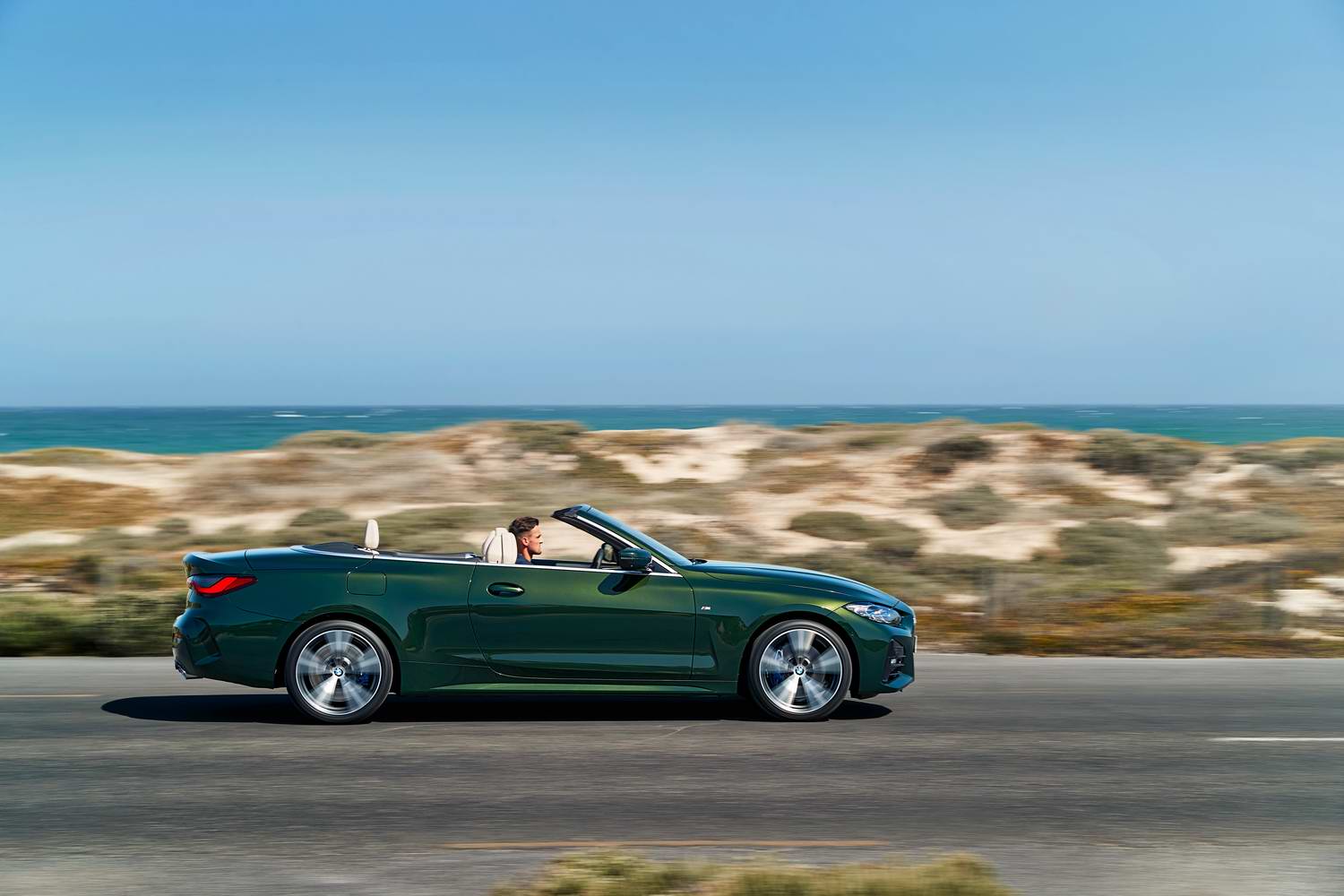 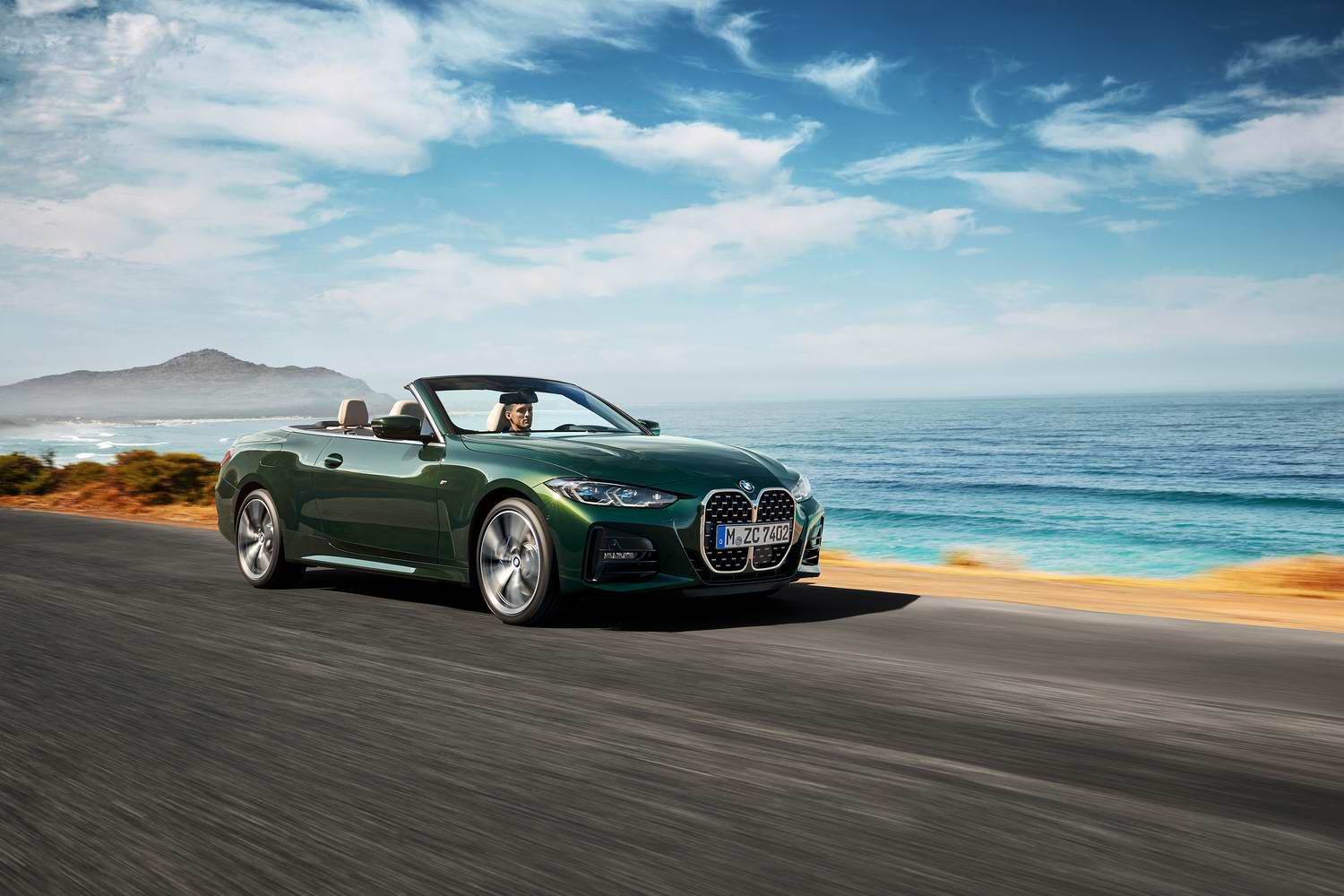 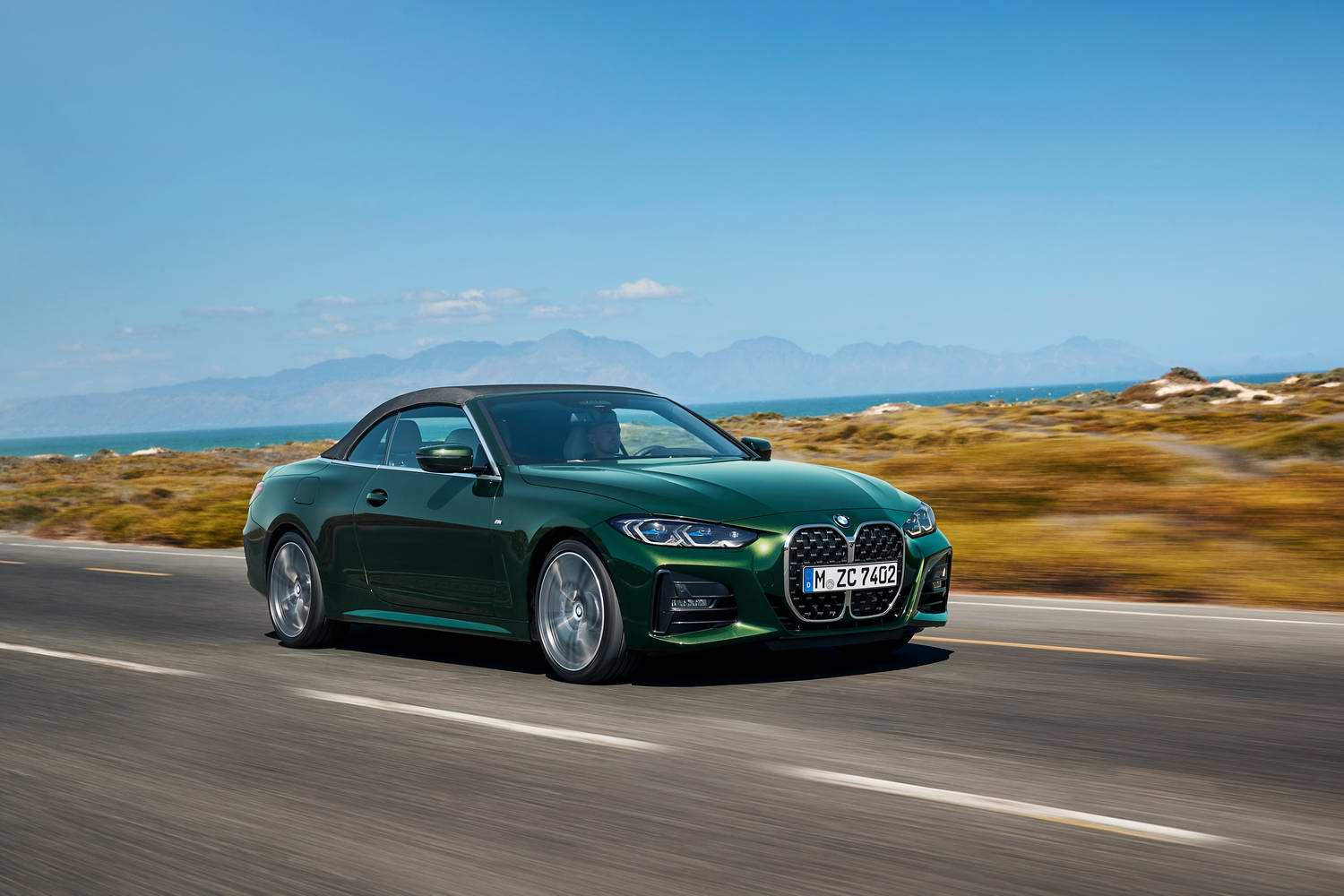 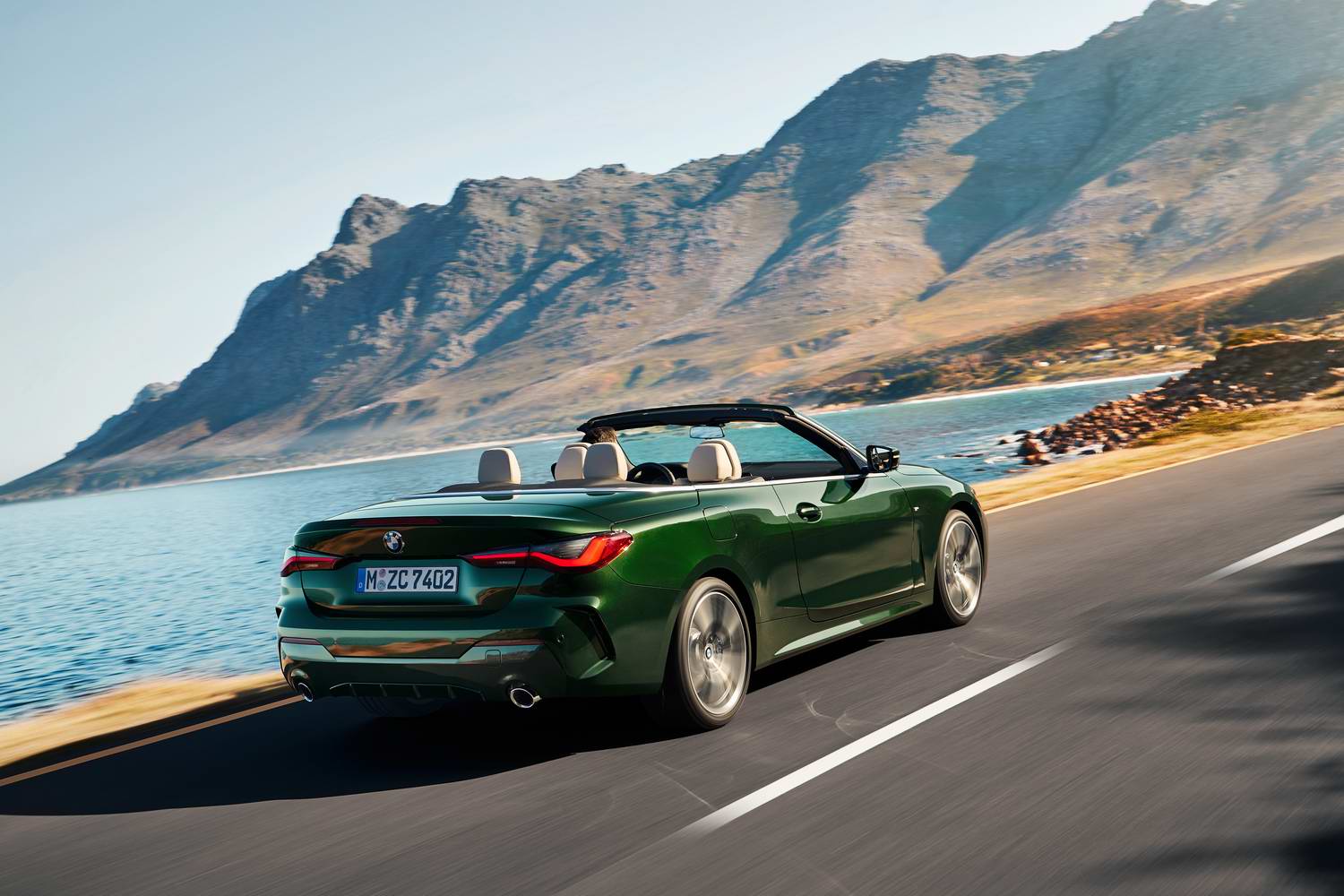 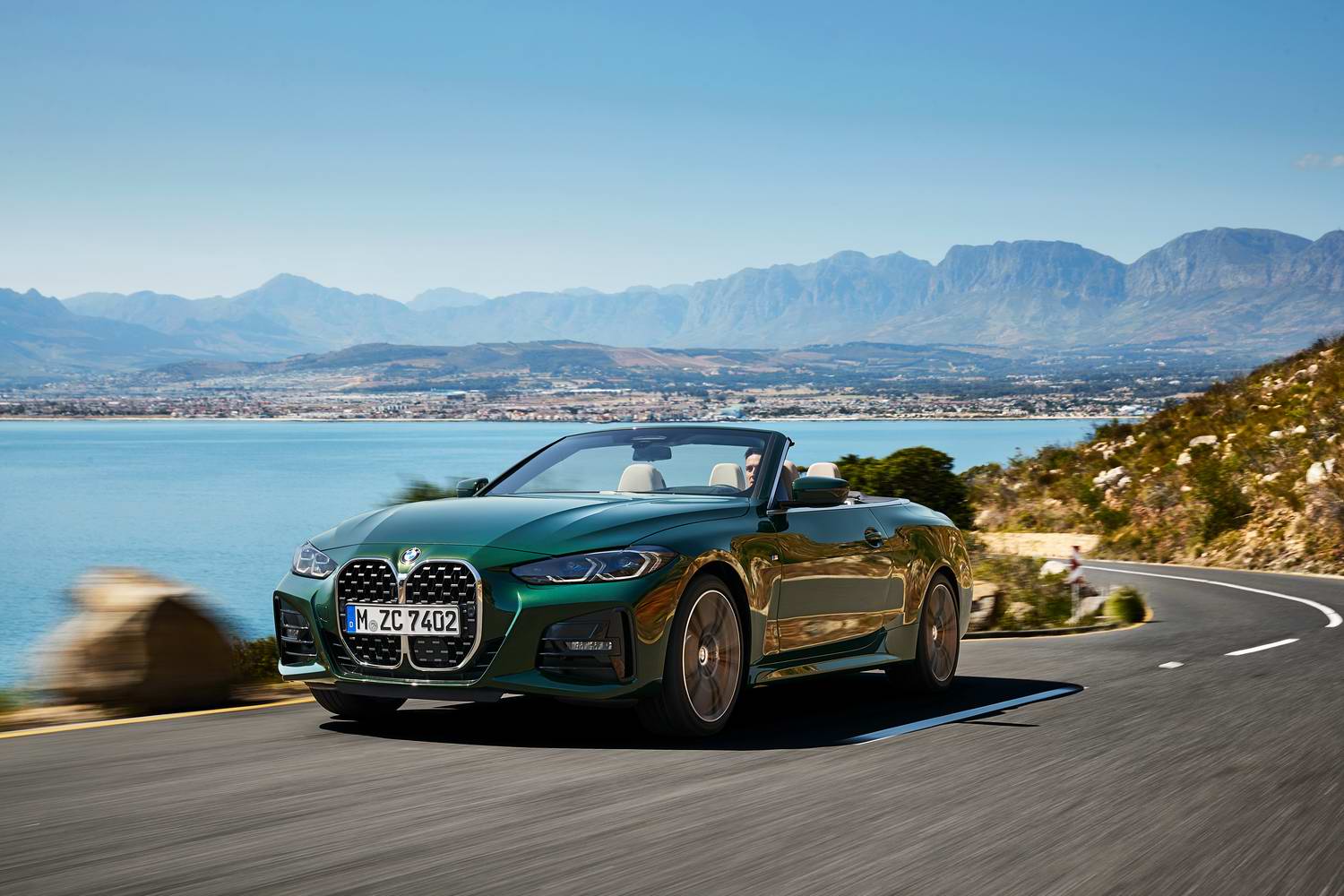 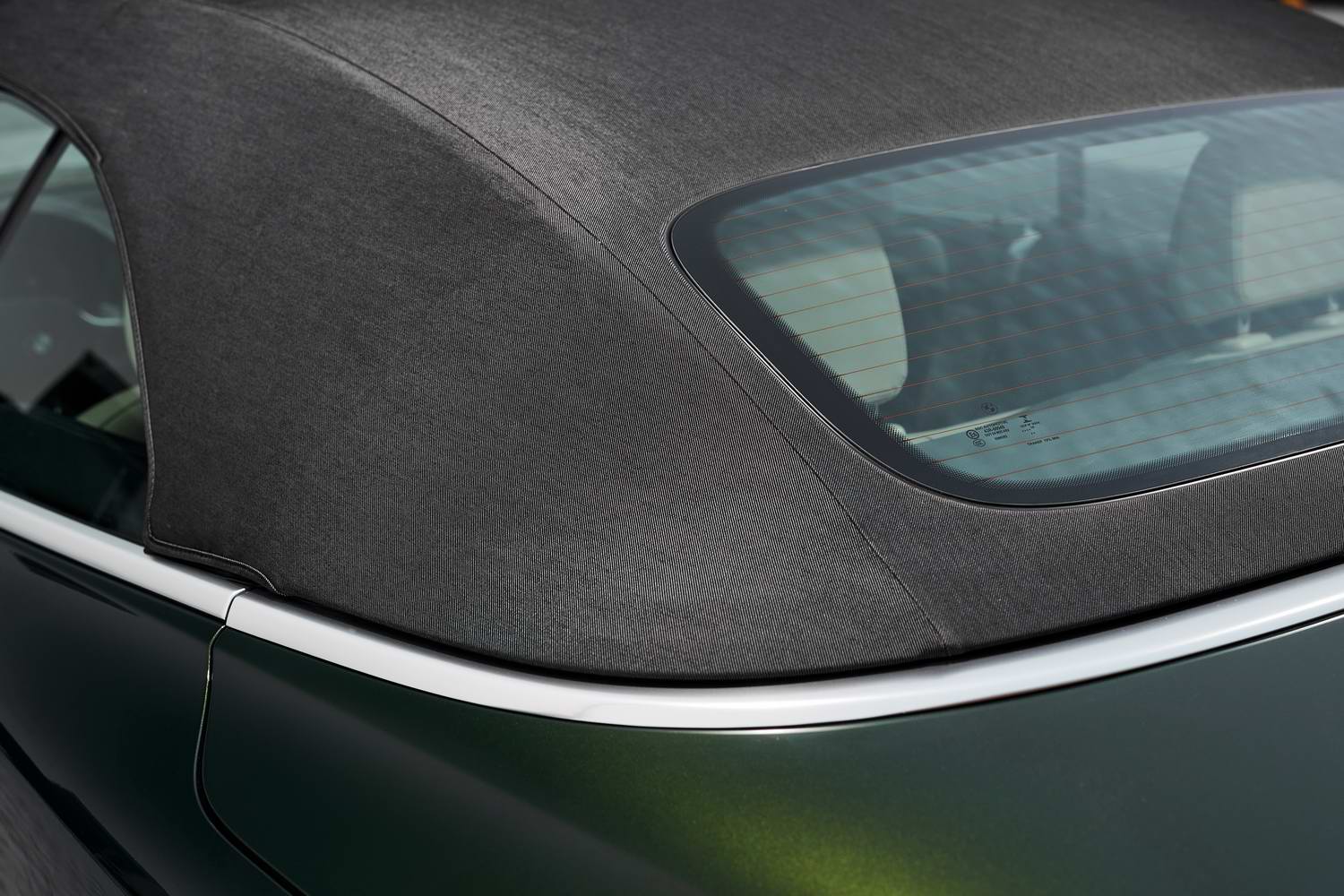 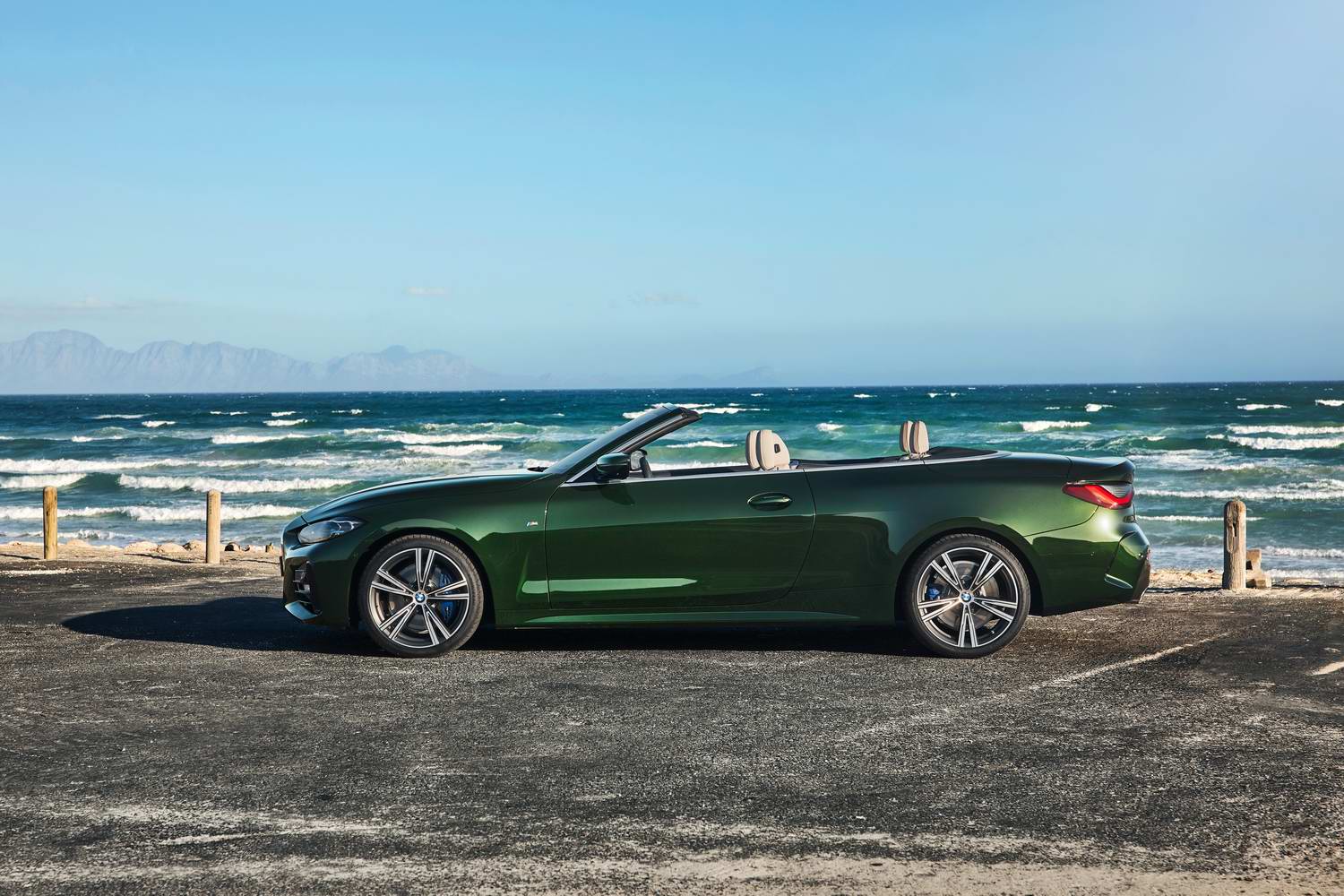 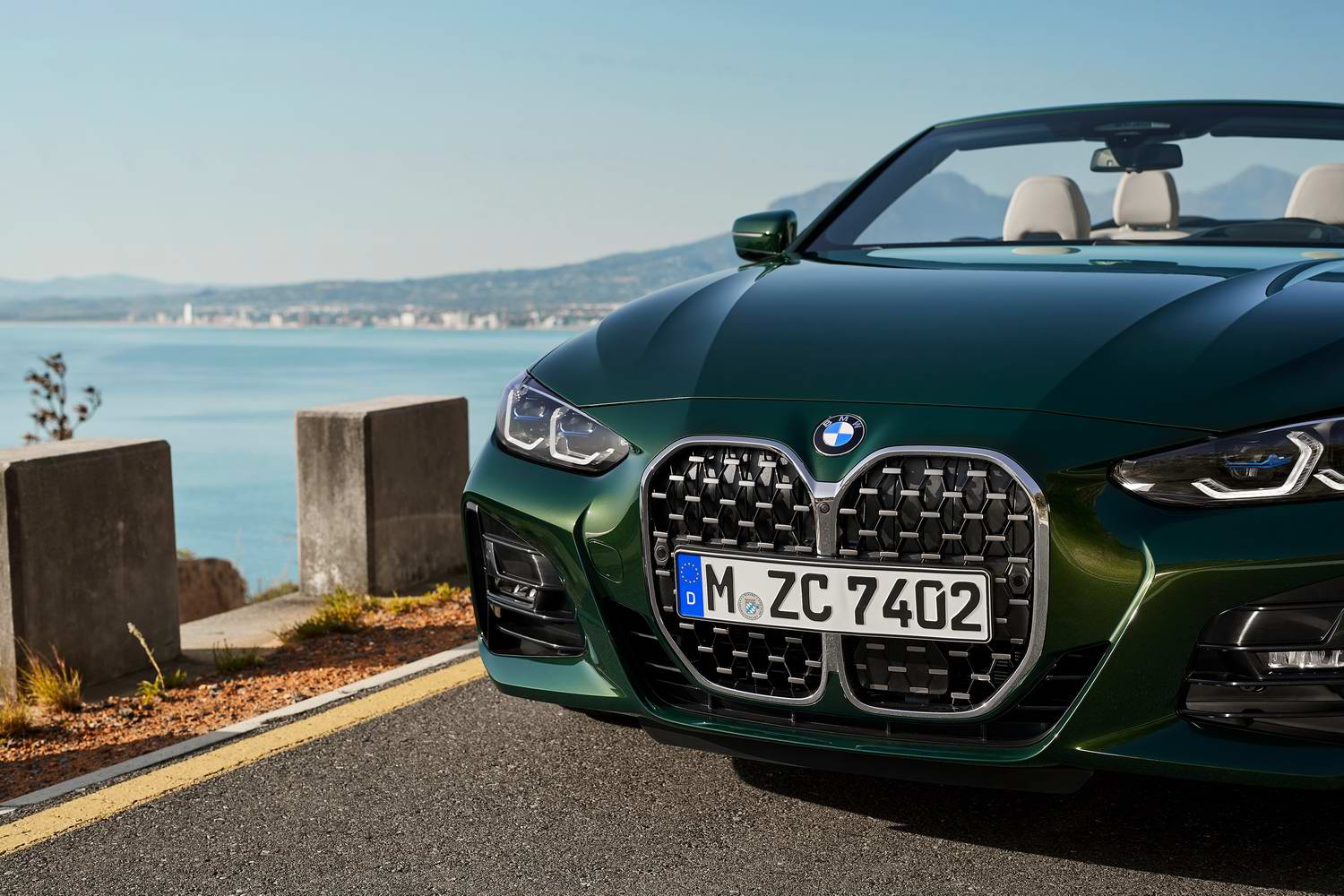 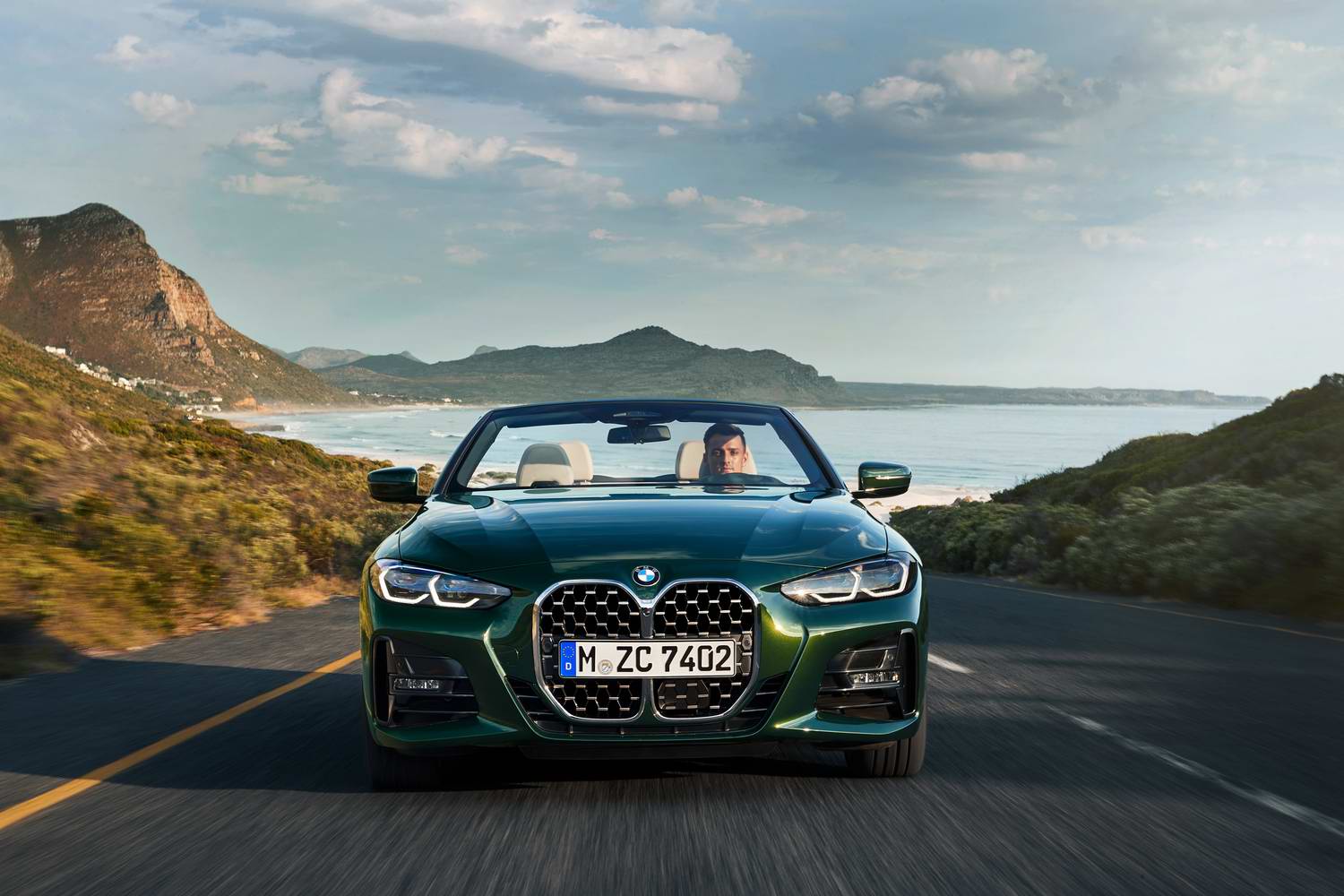 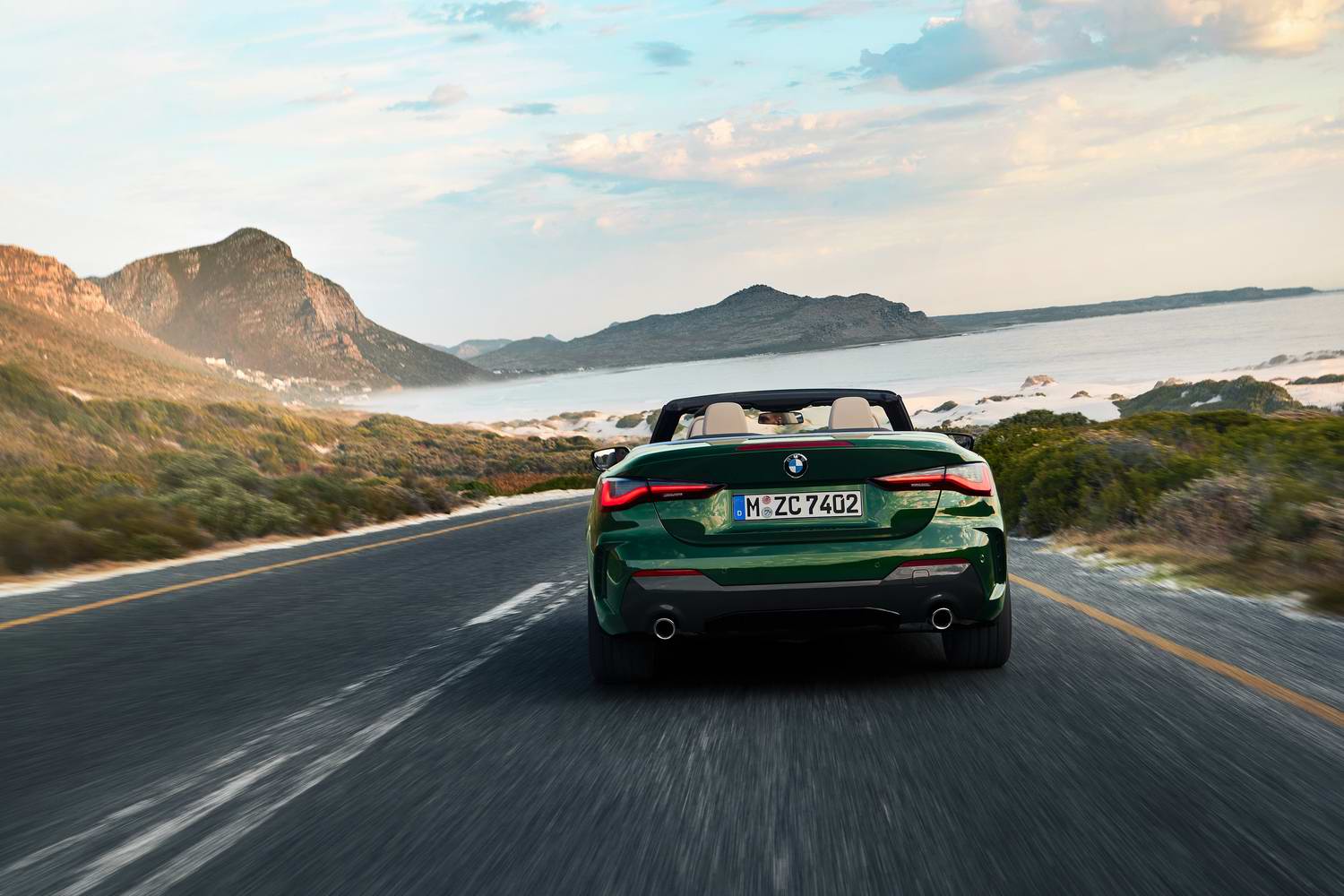 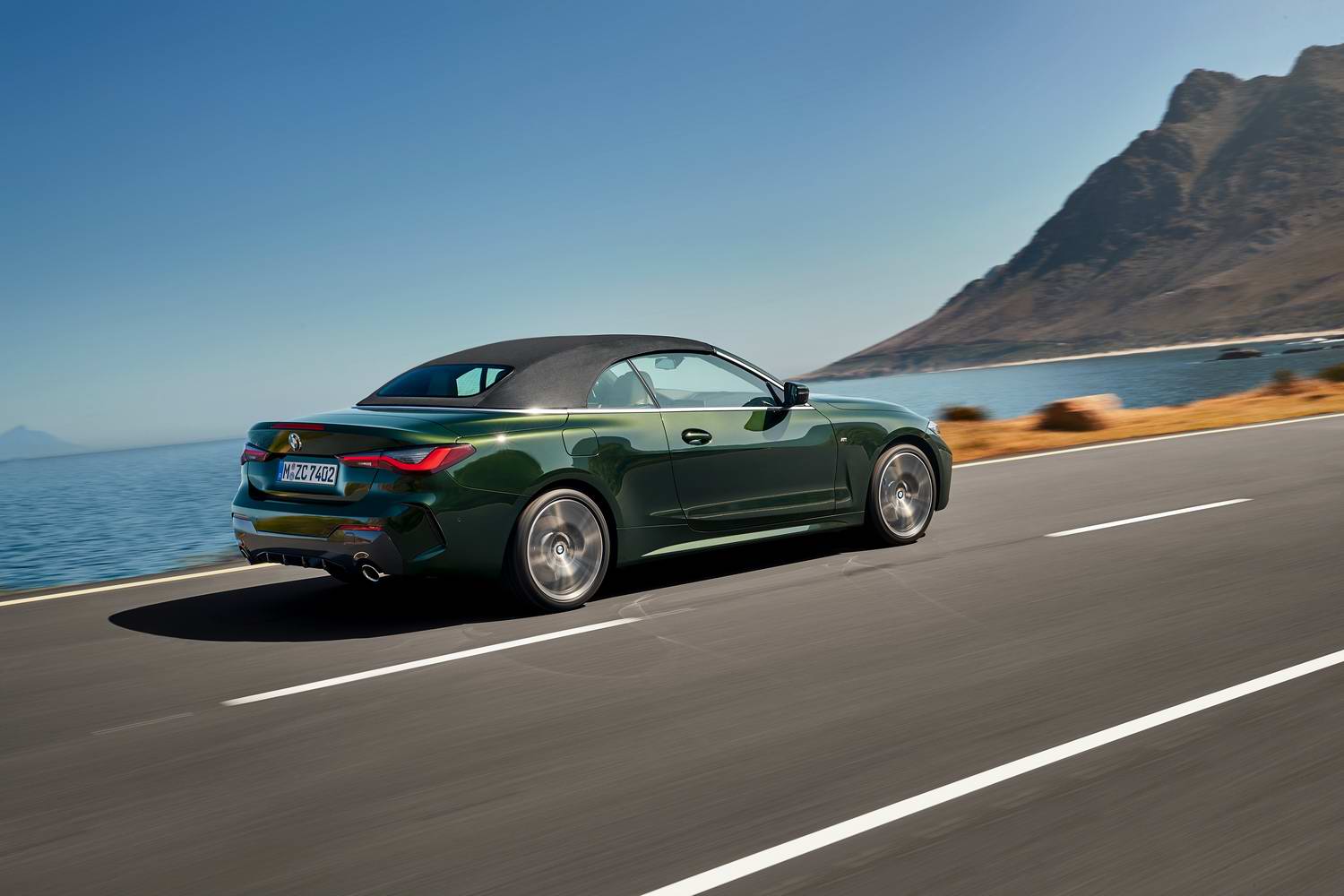 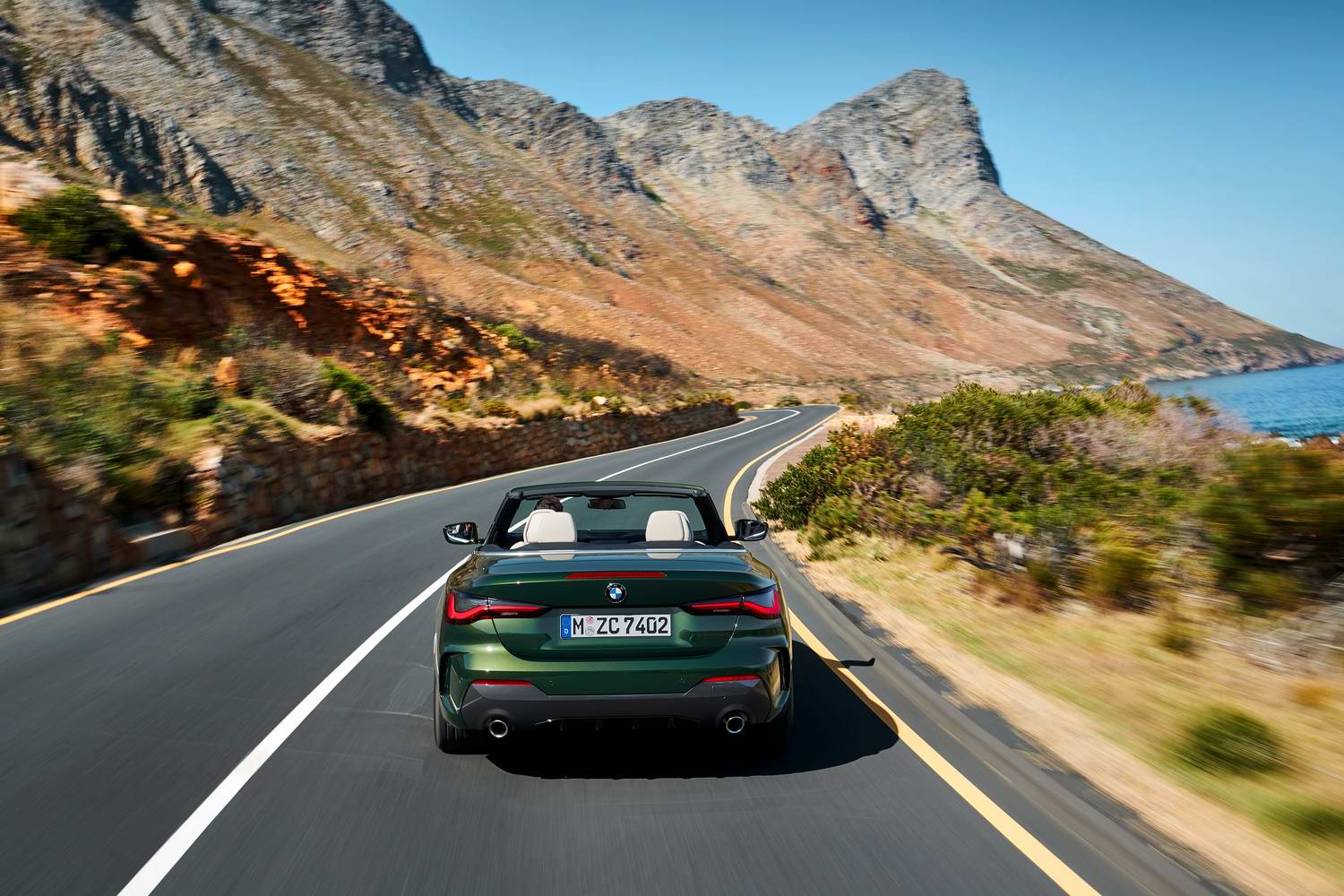 The chatter surrounding the new BMW M3 and M4 has barely died down and it's time to talk about yet another new model from the German company, the 2021 BMW 4 Series Convertible. The headline news is that, yes, it gets the same controversial radiator grille treatment as the 4 Series Coupe and those M twins, but it also moves on from its predecessor's folding hardtop to a new fabric roof, with plenty of benefits. The 4 Series Convertible goes on sale in March 2021 and should arrive in Ireland in time for the summer, with prices starting at €61,565 on-the-road.

There are no major surprises with the exterior styling of the new BMW 4 Series Convertible. It shares its design language with the 4 Series Coupe for the most part, including LED headlights as standard. Roof down, it has a wonderfully flat rear deck. In comparison to the previous 4 Series Convertible, the new car is 128mm longer, 27mm wider and has a longer wheelbase and wider tracks front and rear.

As mentioned above, the new 4 Series Convertible gets a fabric roof, but BMW is adamant that it has come up with a new design that offers the best of both worlds: 'It comprises large panel bow elements with a paper-honeycomb construction, a flush-fitting glass rear window, several layers of insulation and a fabric cover available in two colours. The softtop pulls taut over the passenger cell when closed, with the high-grade fabric material lying flat on the joint-free arrangement of adjacent panel bow elements, meaning that neither their contours nor the softtop frame shows through the surface. The result is a coupé-like roofline with a puristic softtop feel.' And apparently the smooth surface of the roof also aids aerodynamics and noise reduction. The colours are black as standard and Anthracite Silver as an option.

BMW claims that the new fabric roof mechanism is 40 per cent lighter than the old folding hardtop, while it liberates a fraction more headroom for the front-seat passengers. On top of all that, it's more compact when stowed away, so boot space has increased: with the roof down, there's 300 litres (up 80 litres); with it up, and the luggage compartment divider moved manually out of the way, there's up to 385 litres of space - up 15 litres on the old car. Incidentally, the roof takes 18 seconds to open or close, at speeds up of to 50km/h.

Same cabin as the Coupe, more or less

The 4 Series Convertible gets sports seats as standard up front, with automatic belt-feeders, and a reshaped rear seating area. Three-zone climate control is standard, with neck heating offered as an option. Most owners are expected to make use of the foldable wind deflector that fits over the rear seats. Their seat backs fold down to allow extension of the boot space and there are subtle humps in the rear deck echoing the position of the rear headrests. A classy silver strip envelopes the whole cabin. What you can't see - and hope never to - are the two hidden rollover protection bars that automatically pop up from behind the seats if deemed necessary.

Three petrol and three diesel versions of the BMW 4 Series Convertible have been confirmed for launch. The 420i and 430i use the same core turbocharged 2.0-litre petrol engine, producing 184hp/300Nm and 258hp/400Nm respectively. The 420i emits as low as 131g/km and can do 0-100km/h in 8.2 seconds. The 430i knocks a full two seconds off that, but the high-performance variant of the range (until a new M4 Convertible is revealed) is the M440i xDrive. This is powered by BMW's turbocharged 3.0-litre six-cylinder petrol engine, making 374hp and 500Nm of torque. It does 0-100km/h in just 4.9 seconds and, as the name suggests, gets xDrive all-wheel drive as standard.

There's a diesel equivalent for each of those petrol engines, including the M440d xDrive. This uses a 3.0-litre turbodiesel producing 340hp and a massive 700Nm of torque. It's not much slower than the petrol variant off the line, with 0-100km/h in 5.1 seconds, but it should prove to be more economical. That data has yet to be finalised. On a more affordable level are the 420d Convertible and 430d Convertible. The latter gets a six-cylinder turbodiesel unit, producing up to 286hp and 650Nm of torque, enabling 0-100km/h in 5.9 seconds, but the efficiency champ of the line-up is the 420d. It features the newer twin-turbocharged 2.0-litre four-cylinder diesel engine with 190hp and 400Nm of torque, which means 0-100km/h in a respectable 7.6 seconds, but it also emits as low as 111g/km and uses as little as 4.2 litres/100km, depending on specification.

All models come with an eight-speed automatic gearbox, some with a Sport version of the same that gets gearchange paddles behind the steering wheel, a launch control function and a new 'Sprint' feature to maximise responsiveness. A 48-volt mild-hybrid system is fitted to all engines mentioned, other than that in the 420i and 430i.