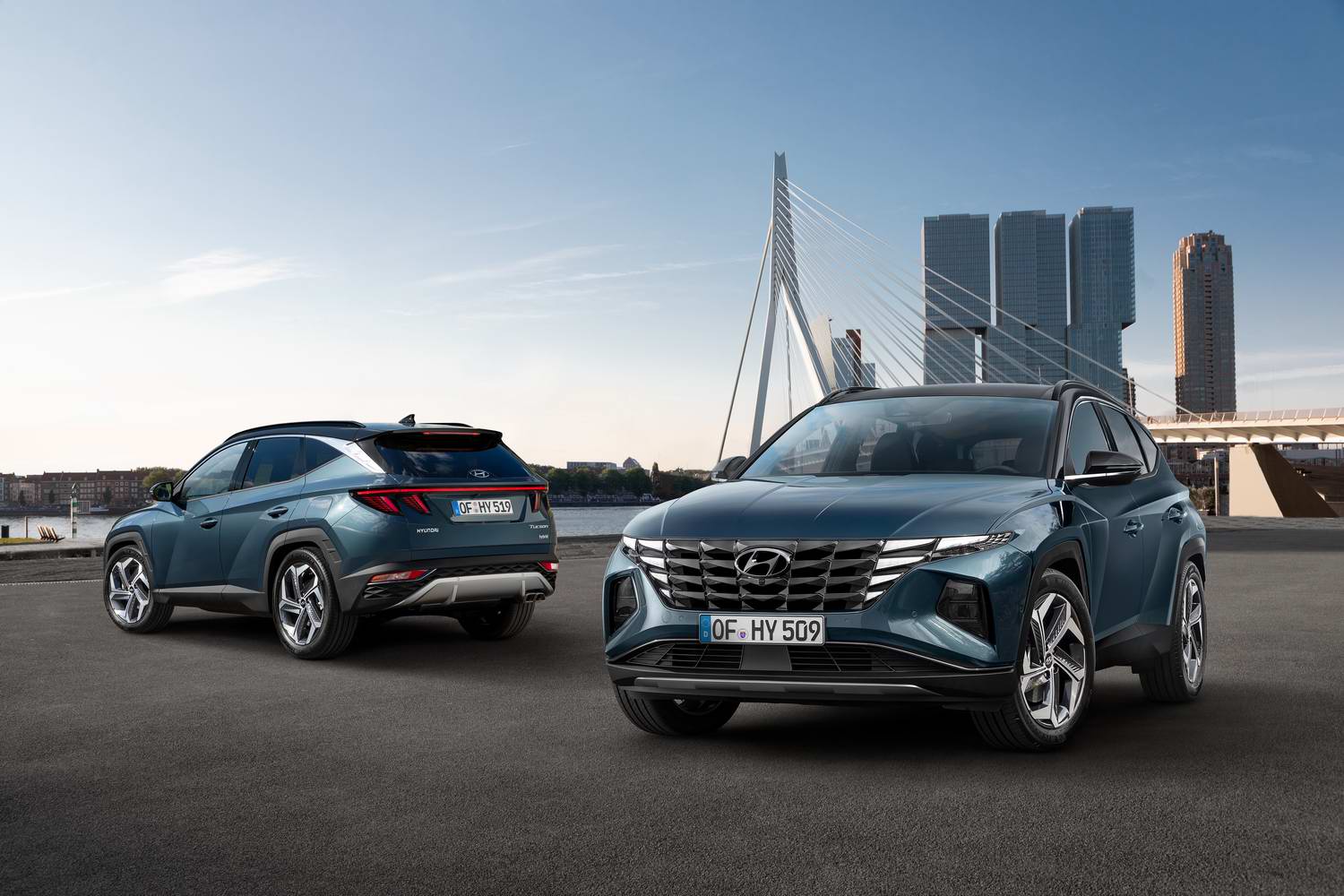 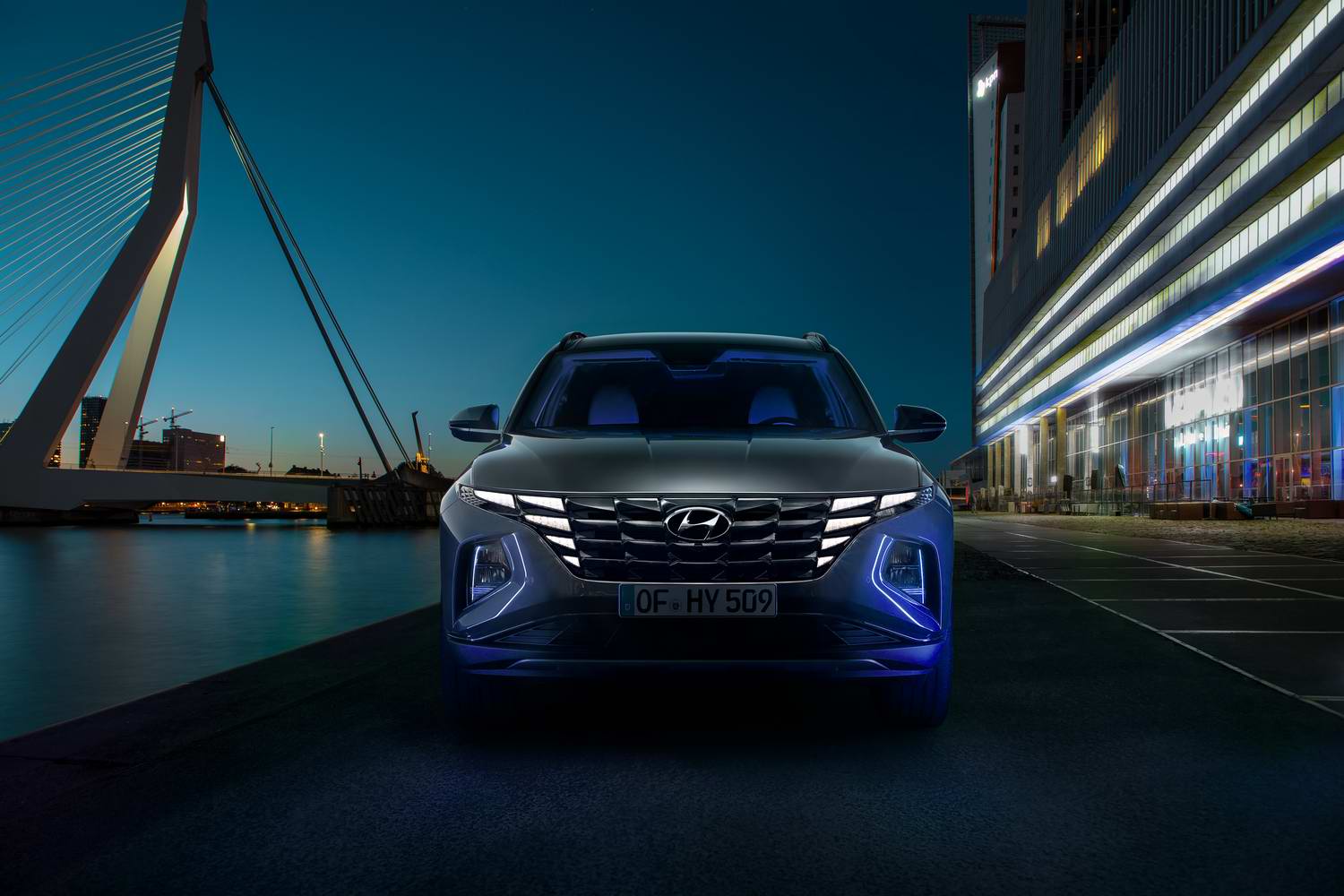 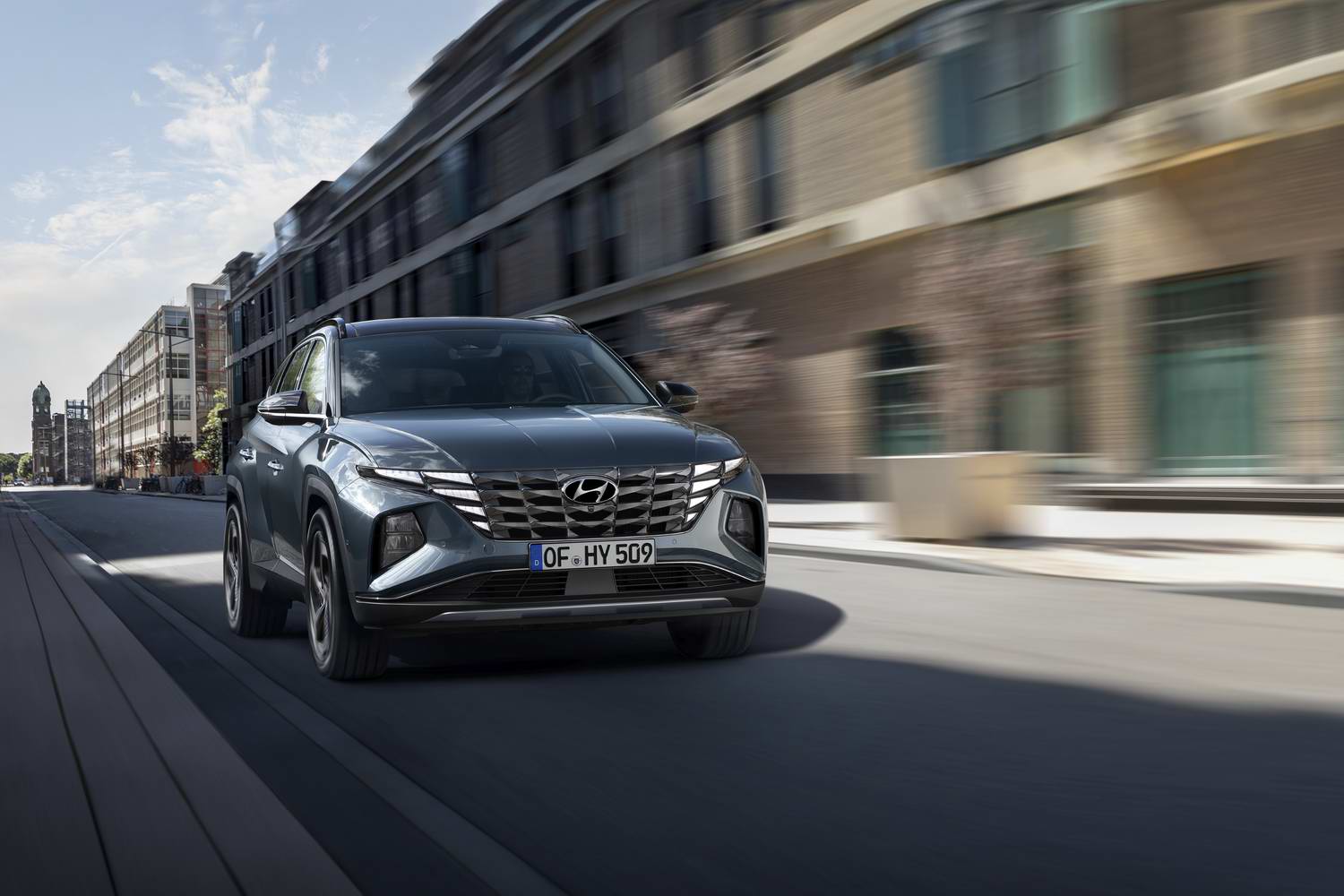 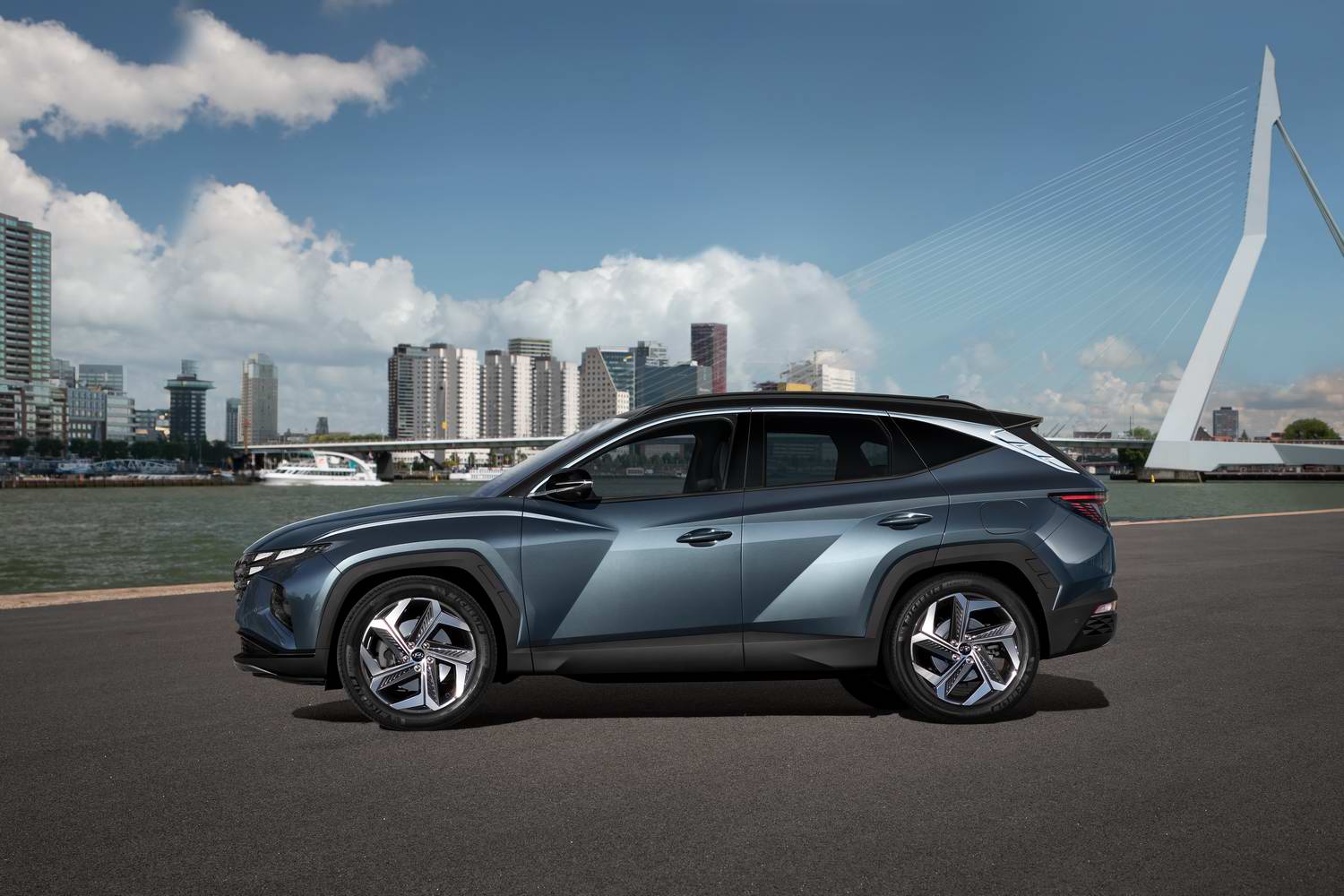 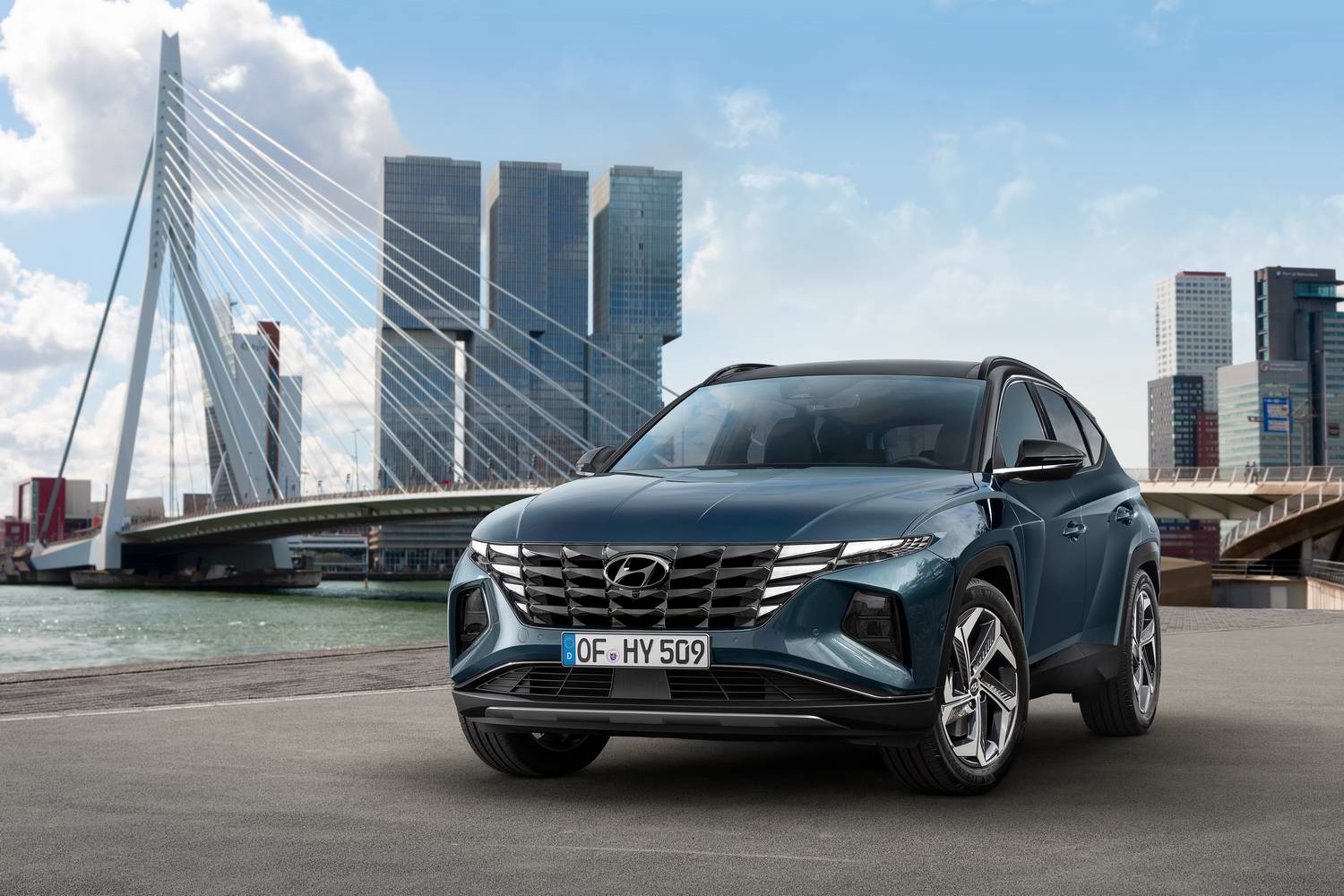 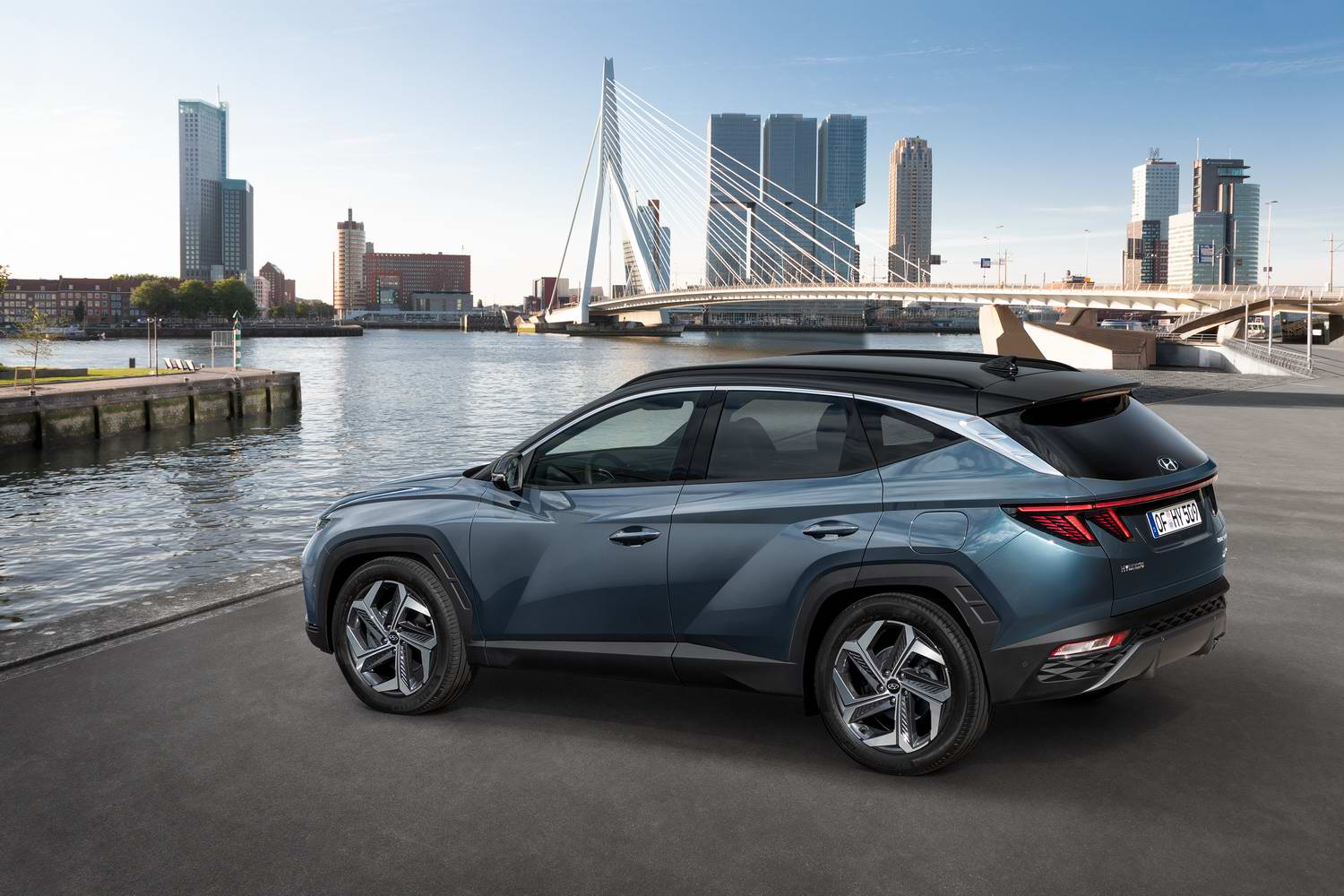 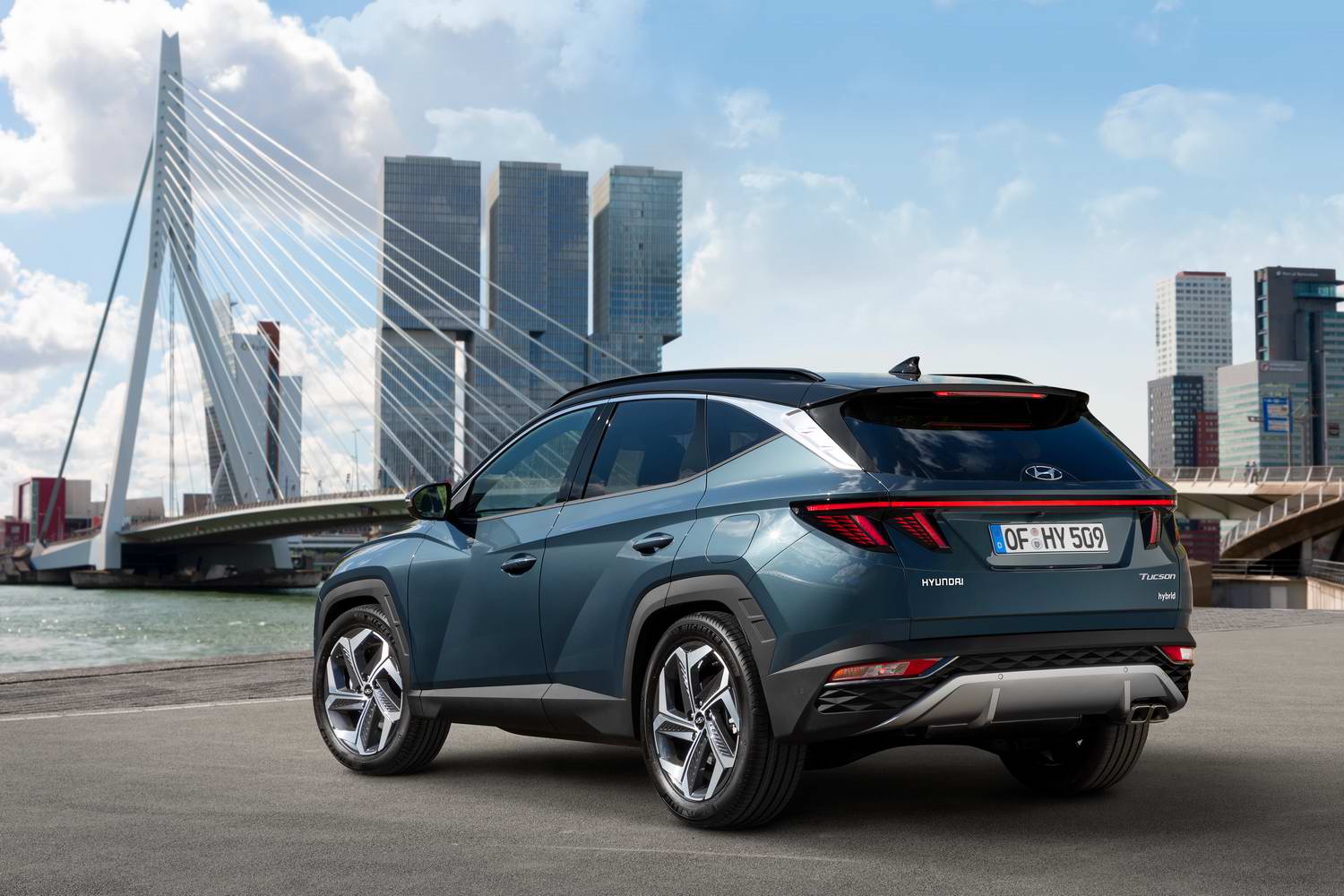 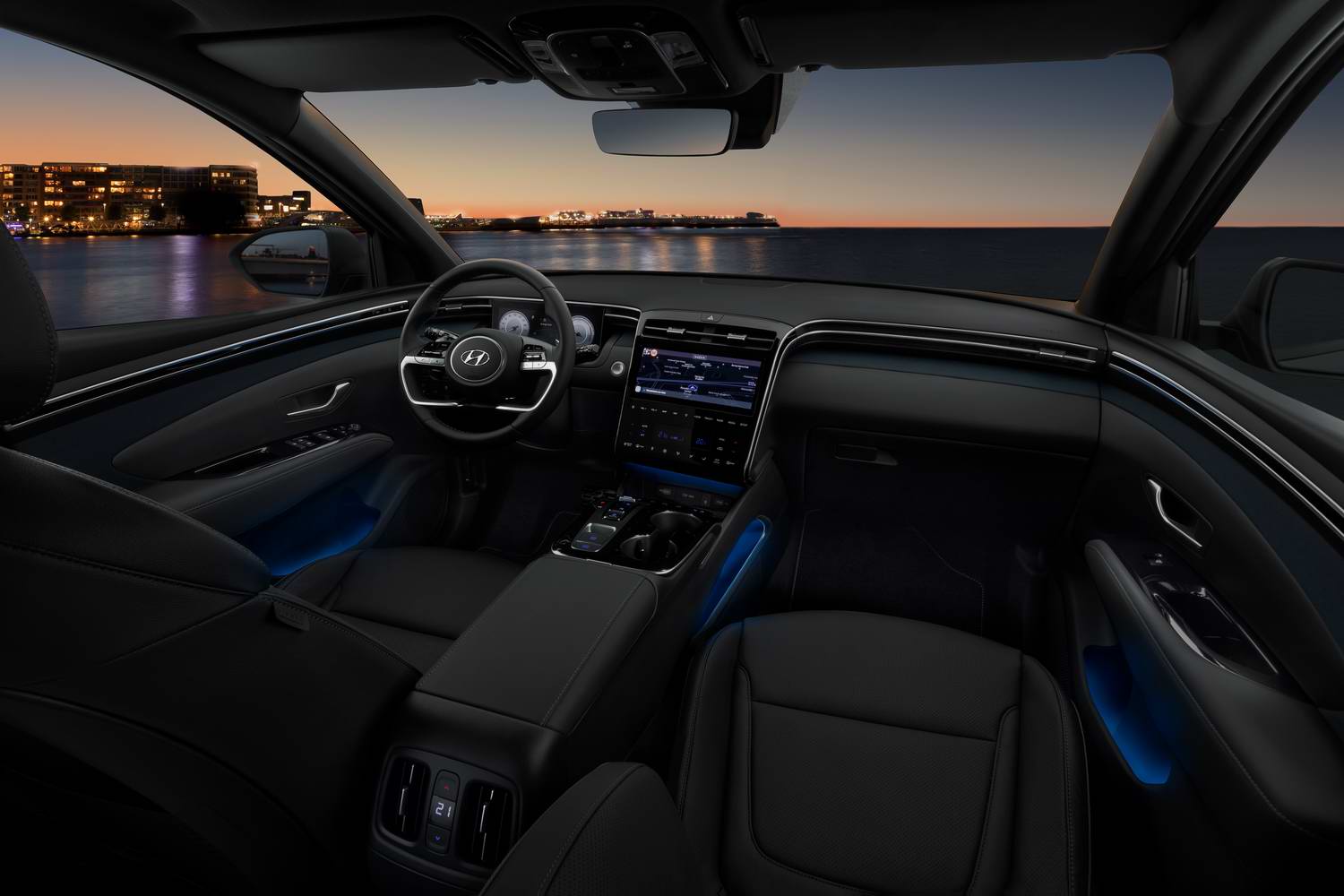 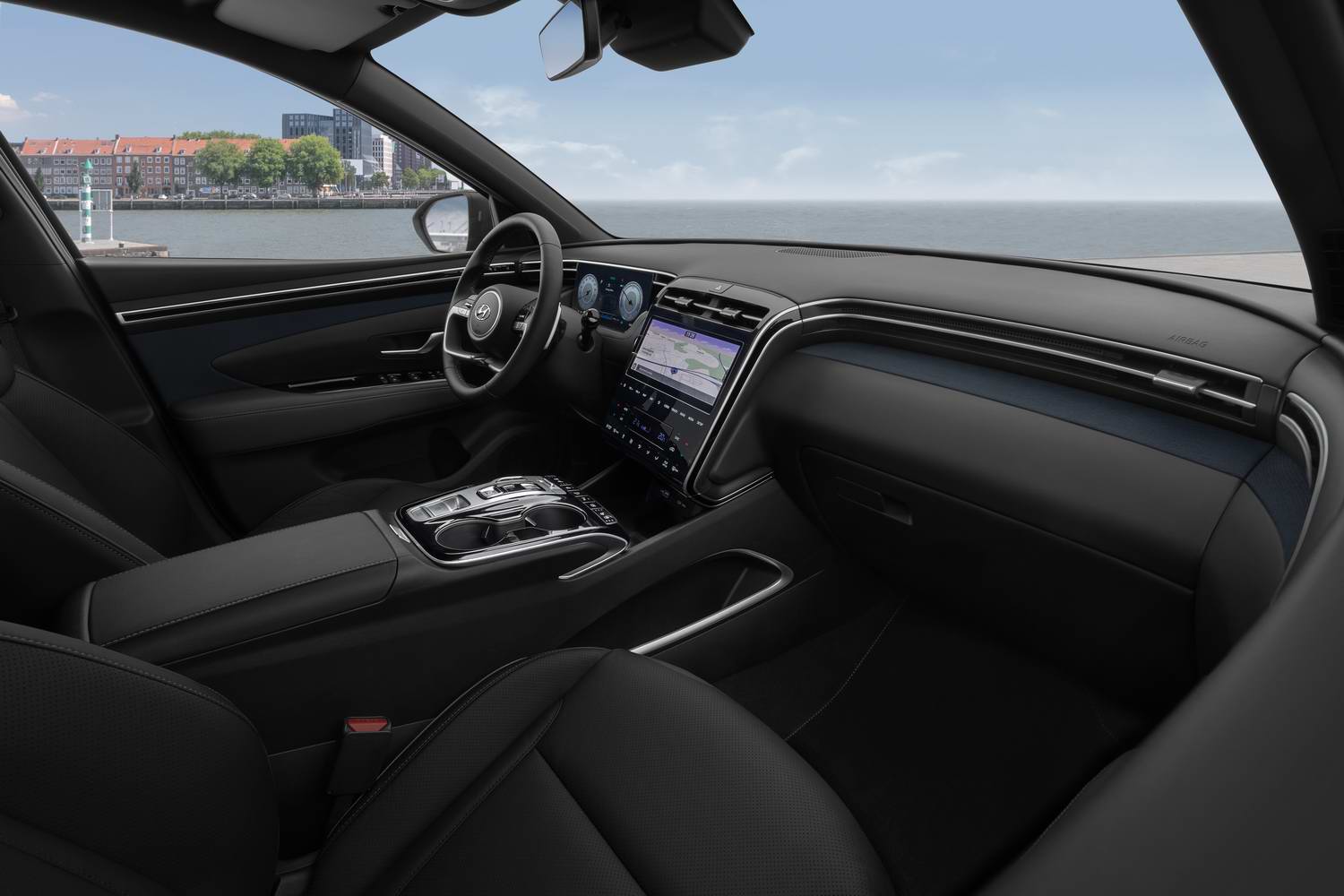 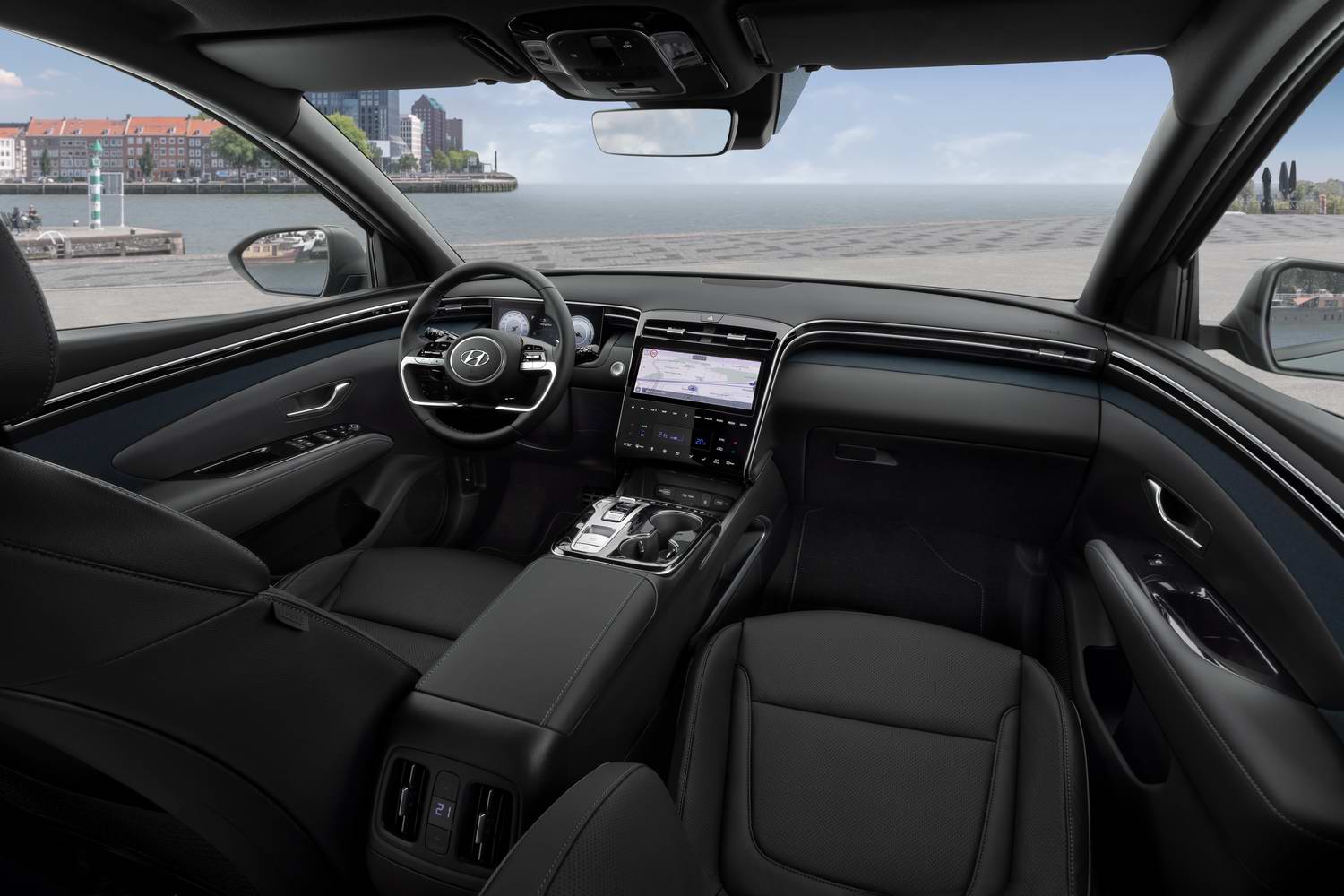 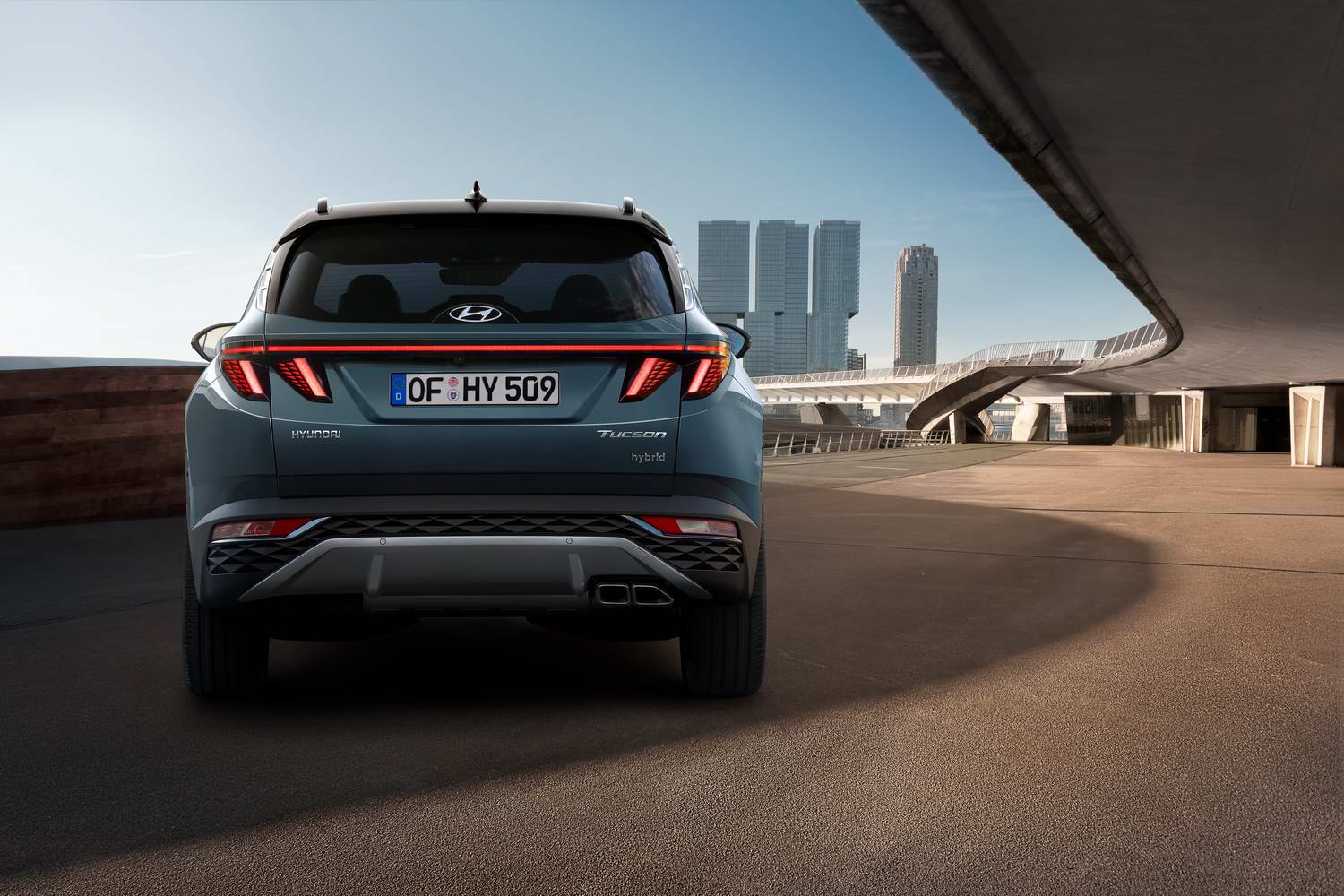 Hyundai has introduced the third-generation Tucson SUV, and this time around it comes with some seriously dramatic styling, and a bevy of hybrid powertrains.

A consistent best-seller since 2016

The Hyundai Tucson, in its current form, has been a regular best-seller in Ireland since 2016, and is rarely outside the top-three selling cars. Quite what Irish Tucson owners will make of this new model remains to be seen, but we can say for certain that the conservatism of the old model is gone for good.

The most obvious change is at the front, where the new Tucson gets a 'parametric' grille (a reference to the mathematical formula that lies behind its lattice-like shape) into which the headlights and daytime running lamps have been hidden. With the lights off, the grille appears entirely blank and continuous. Switch them on and a clever system of mirrors and LEDs lights up the front end. There are 'parametric' lights down the back too, and a full-width LED rear light bar.

Between the two sets of lights is a body that looks vastly different in detail to that of the current model, with prominent creases and slashes along the flanks to catch the light. Hyundai calls this new design language 'Sensuous Sportiness.' "The mission of 'Sensuous Sportiness' is to elevate the emotional qualities of automotive design. We want our customers to feel moved. With the all-new Tucson, we are introducing its ultimate evolution and a definitive statement about Hyundai's unstoppable forward momentum," said SangYup Lee, Senior Vice President and Head of Hyundai Global Design Center. "Tucson's advanced, experimental design is true to its pioneering spirit and raises the game in the industry's most competitive segment."

There will be nine exterior colour options, as well as a contrast roof. Overall, the new Tucson is 20mm longer than before, 15mm wider, with a 10mm longer wheelbase.

More significantly, under the skin, the Tucson's engine line-up has changed, with a heavy emphasis on hybrid power. There will be two basic engine options - a 150hp 1.6-litre turbo petrol and a 115hp 1.6 diesel - that do not have any hybrid technology, but the rest of the range all gets some sort of electric tech.

Transmission options will include a regular six-speed manual gearbox, as well as Hyundai's new six-speed automated 'iMT' manual (which features an electrically-controlled clutch that allows engine-off coasting for hybrid models), and a seven-speed dual-clutch automatic. Four-wheel drive is also available.

The Tucson is said to be sportier and engaging to drive, thanks to the influence of Hyundai's 'N' division, and testing on the Nürburgring racetrack in Germany. There will be an optional sports suspension system with adaptive dampers, while the conventional McPherson-strut front, multi-link rear suspension gets new passive dampers with improved valves to provide a gentler ride quality without sacrificing agility, according to Hyundai.

The new Tucson comes with a full suite of safety options, including lane keeping steering, driver attention warning, collision-avoidance braking, active cruise control, a blind-spot monitor that displays images of your blind-spot on the infotainment screen, and the safe exit system that warns if you're about to open your door when a car or cyclist is approaching.

Two big screens for the cabin

The interior has been as dramatically changed as the exterior and is now almost entirely built around two screens - there's a 10.25-inch touchscreen in the centre of the dash, which Hyundai says has been designed to drape across the surface of the interior in the manner of a waterfall. That takes care of almost all major functions, including heating and air conditioning. In front of the driver is another, shallower, 10.25-inch screen acting as the instrument panel.

On that centre screen, Hyundai will offer its new 'Bluelink' suite of connectivity services that now comes with navigation hand-off - park near your final destination, and the satnav will send the final-mile directions to your smartphone. There are also connections for both Google and Apple calendars, cloud-based live traffic updates, as well as things such as live fuel pricing and parking availability.

Screens apart, the cabin is pretty stripped back, with a combination of conventional air vents and hidden Tesla-style slot vents. There's three-zone climate control, plus a 'rear sleep mode' that shuts off the rear speakers if you've got kids (or grown-ups for that matter) snoozing in the back.

Finally, boot space has grown considerably, but it's dependent on the model - basic petrol versions get the biggest boot at 620 litres. Diesel versions get 598 litres (because of space needed for the AdBlue tank), while 48-volt hybrid versions get either a 577-litre or a 546-litre boot, petrol or diesel, respectively. Impressively, the plug-in hybrid version will get a 616-litre boot.

Irish pricing and specifications have yet to be finalised, but we expect to see the new Hyundai Tucson in the country in time for the '211' registration period.