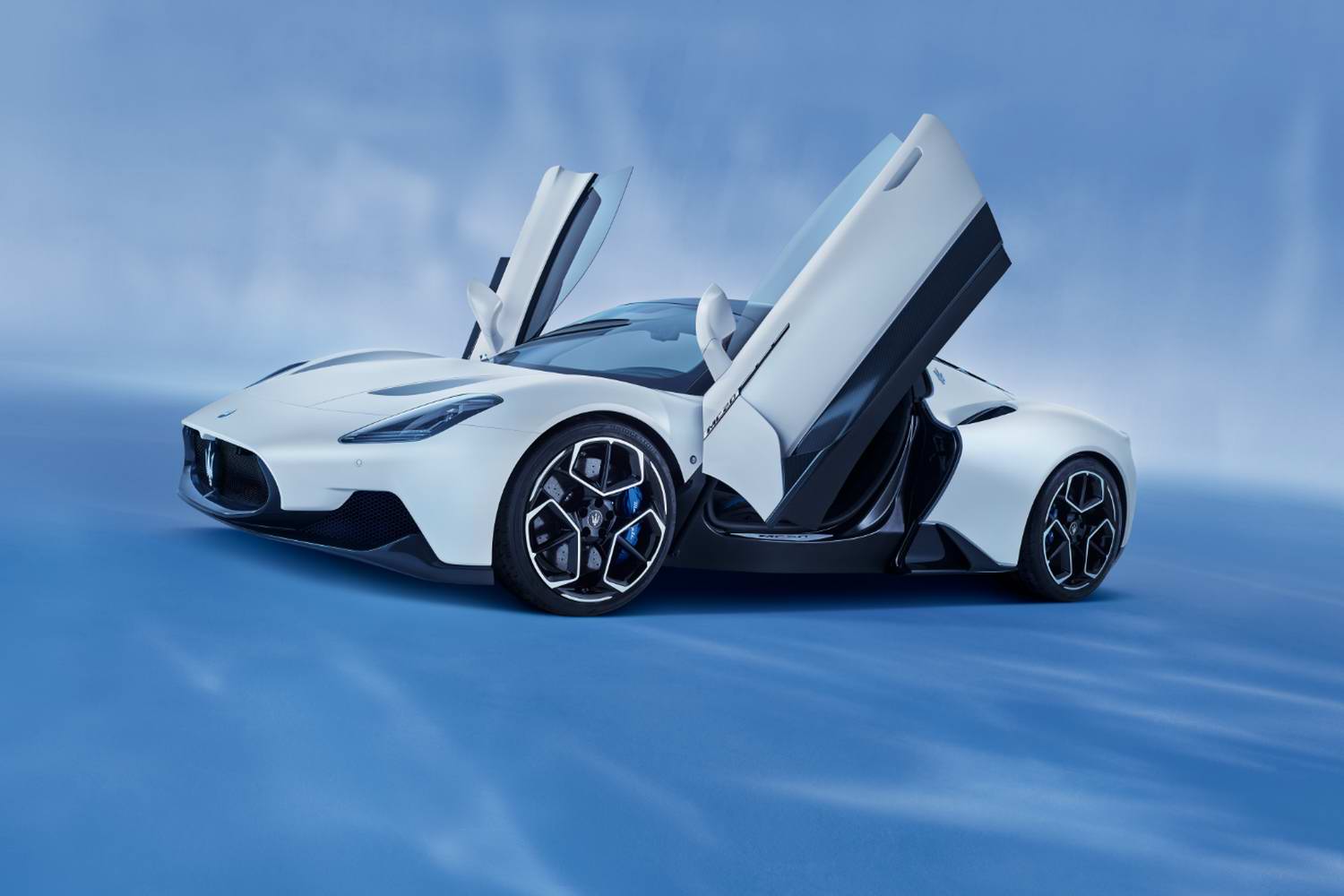 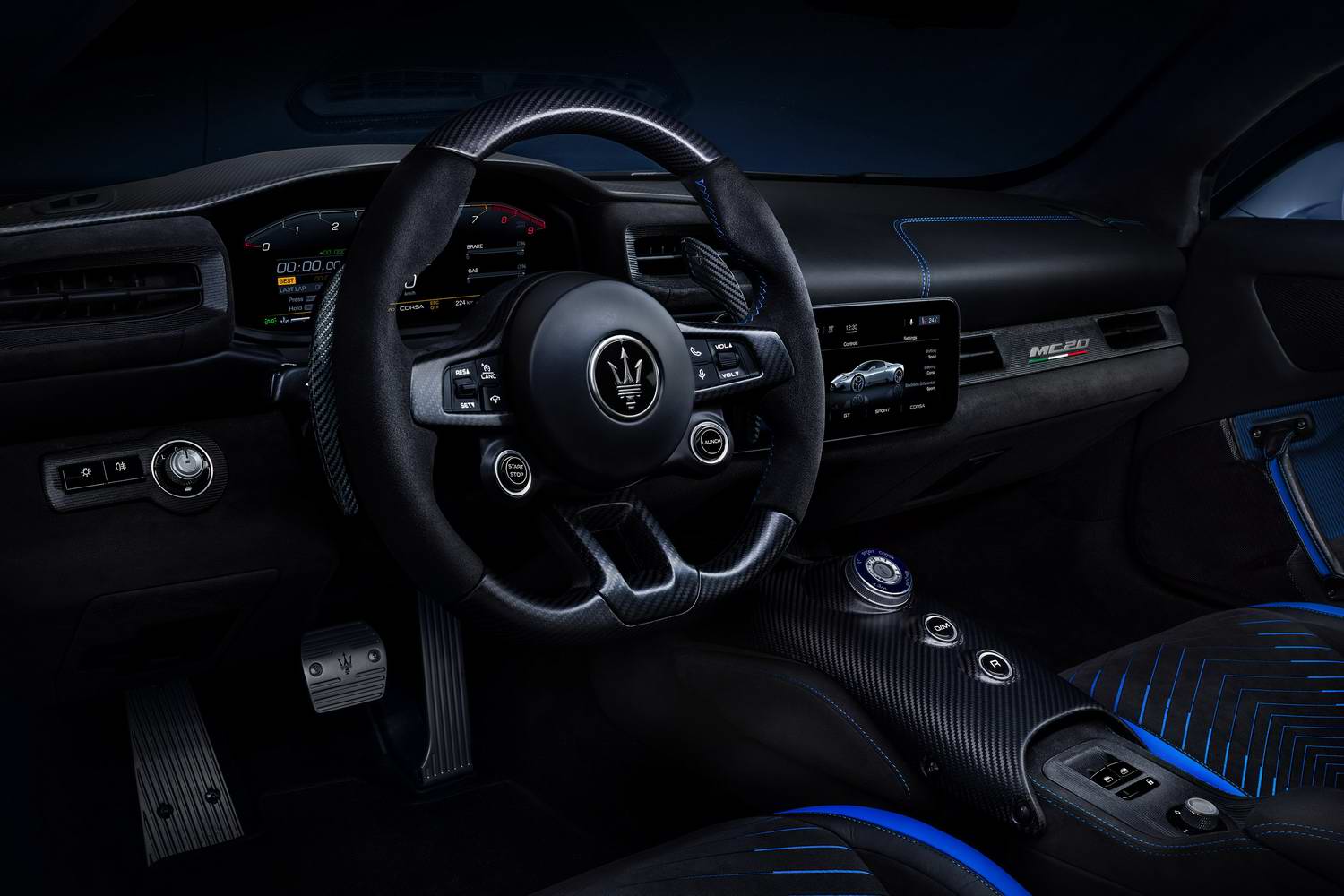 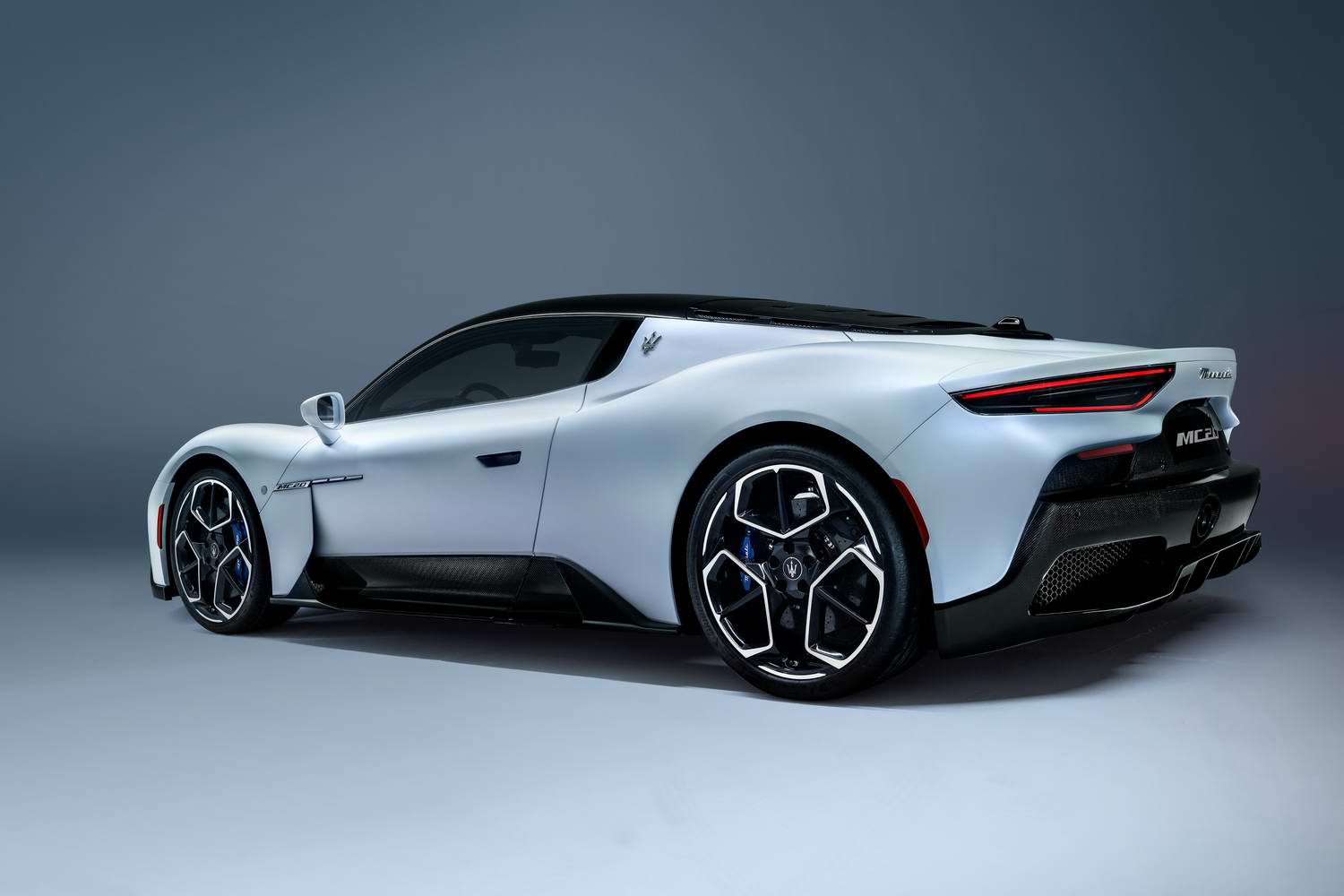 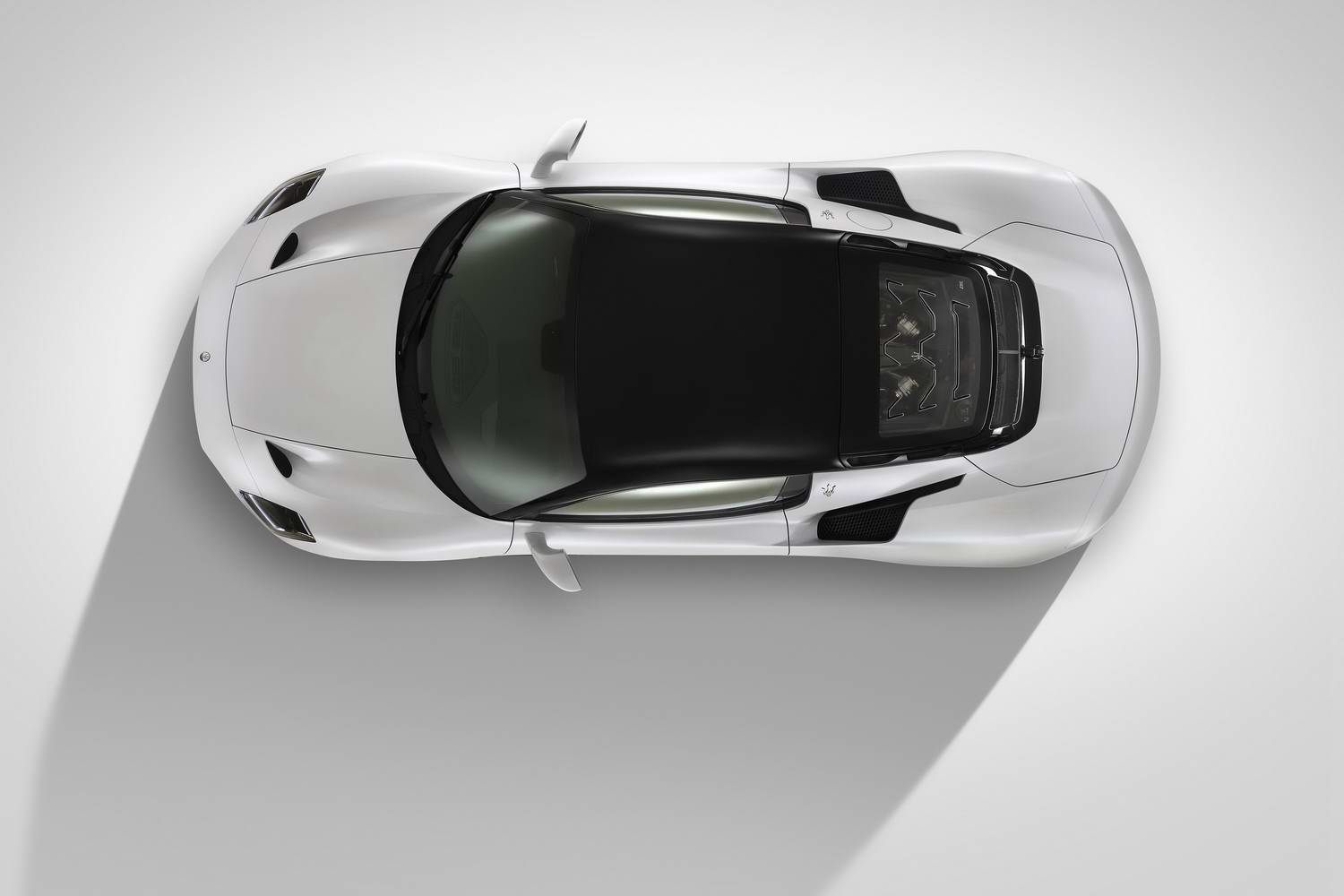 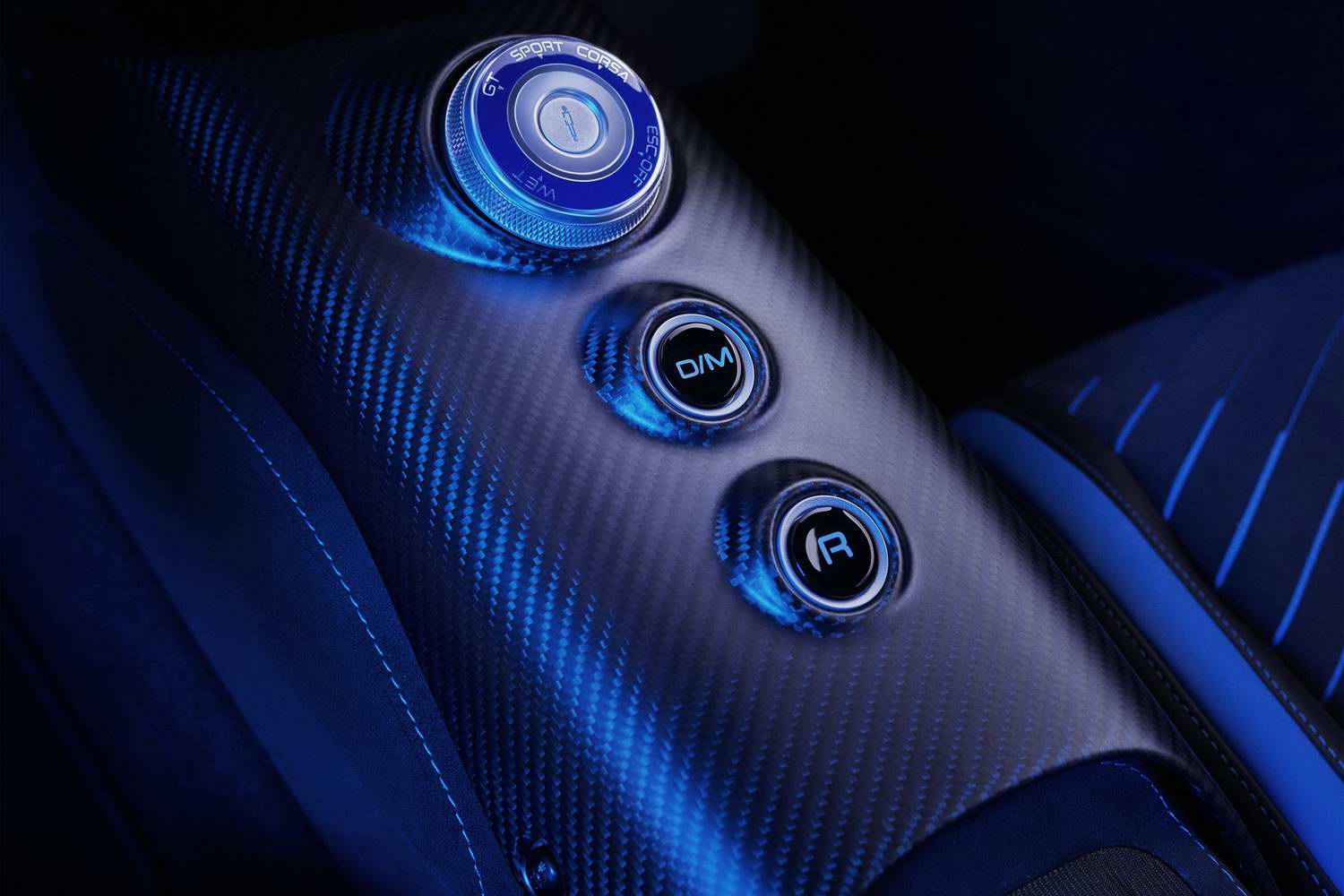 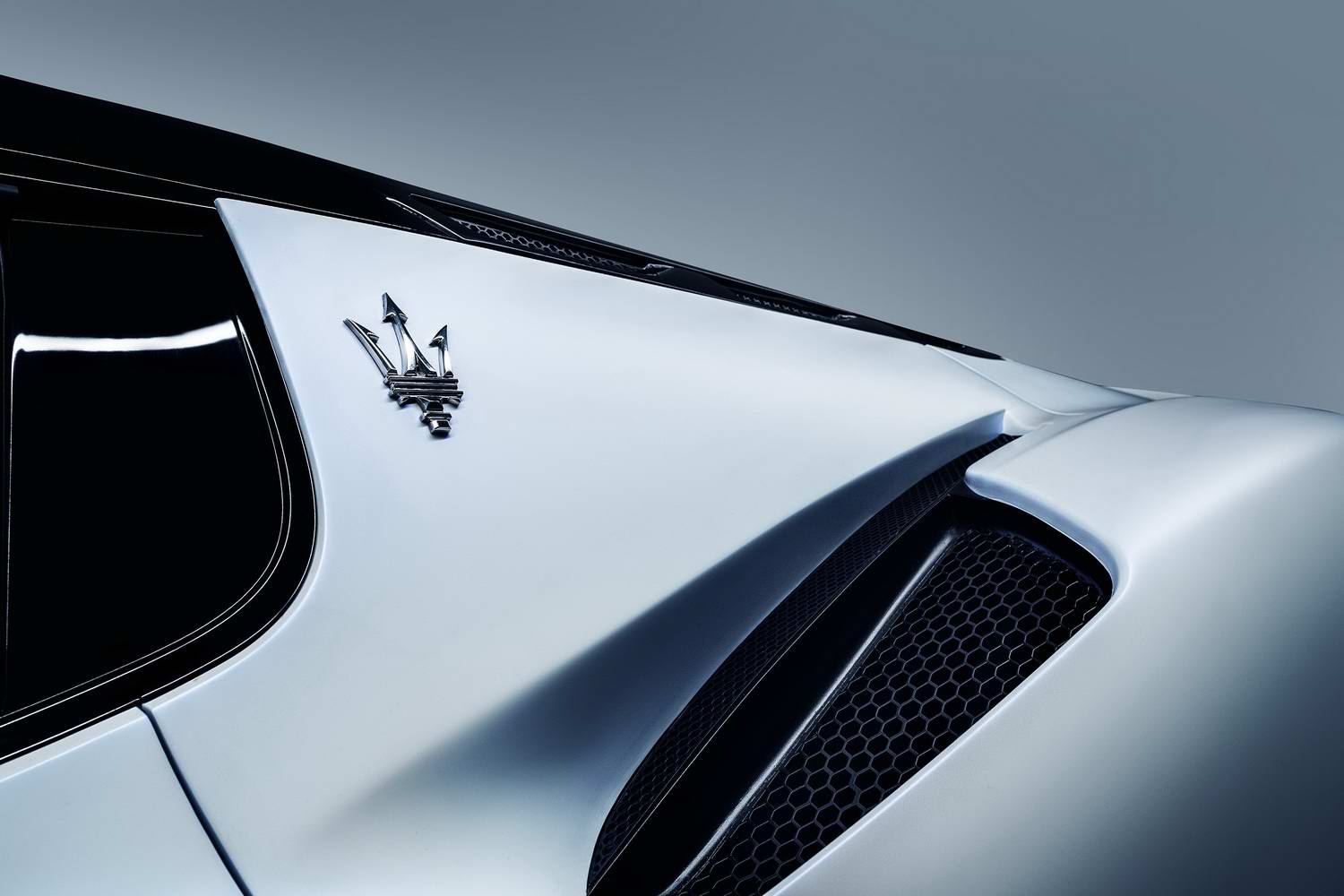 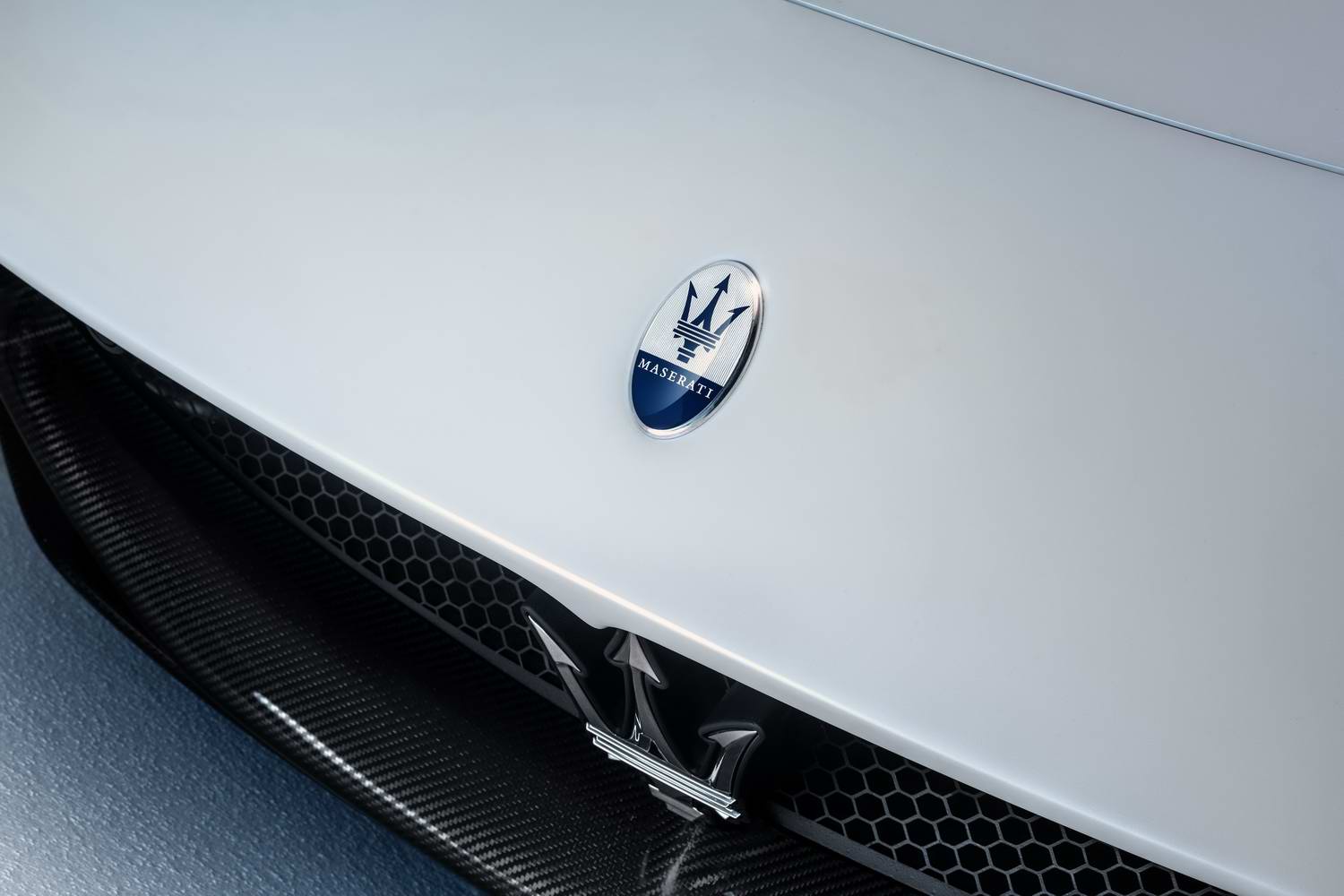 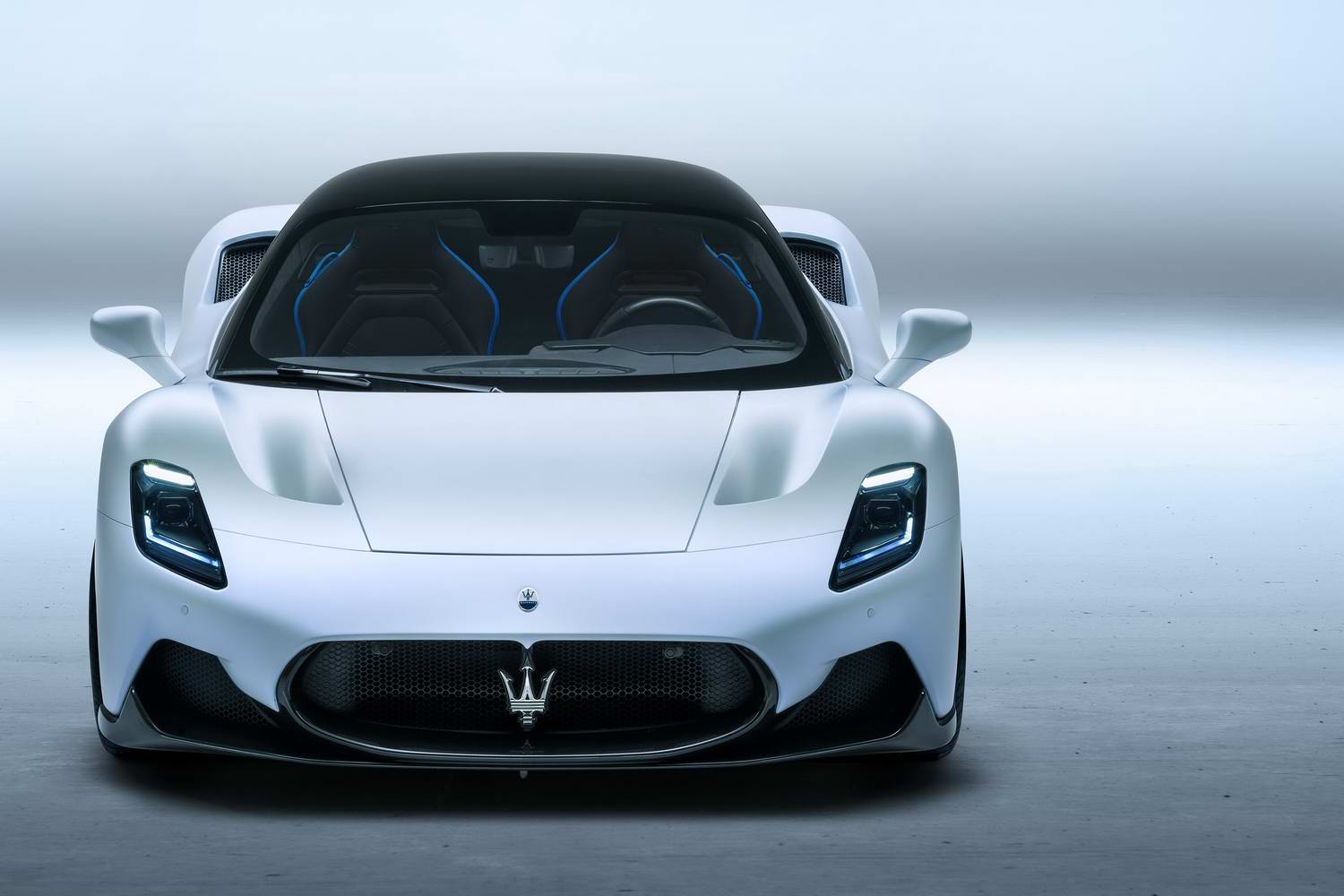 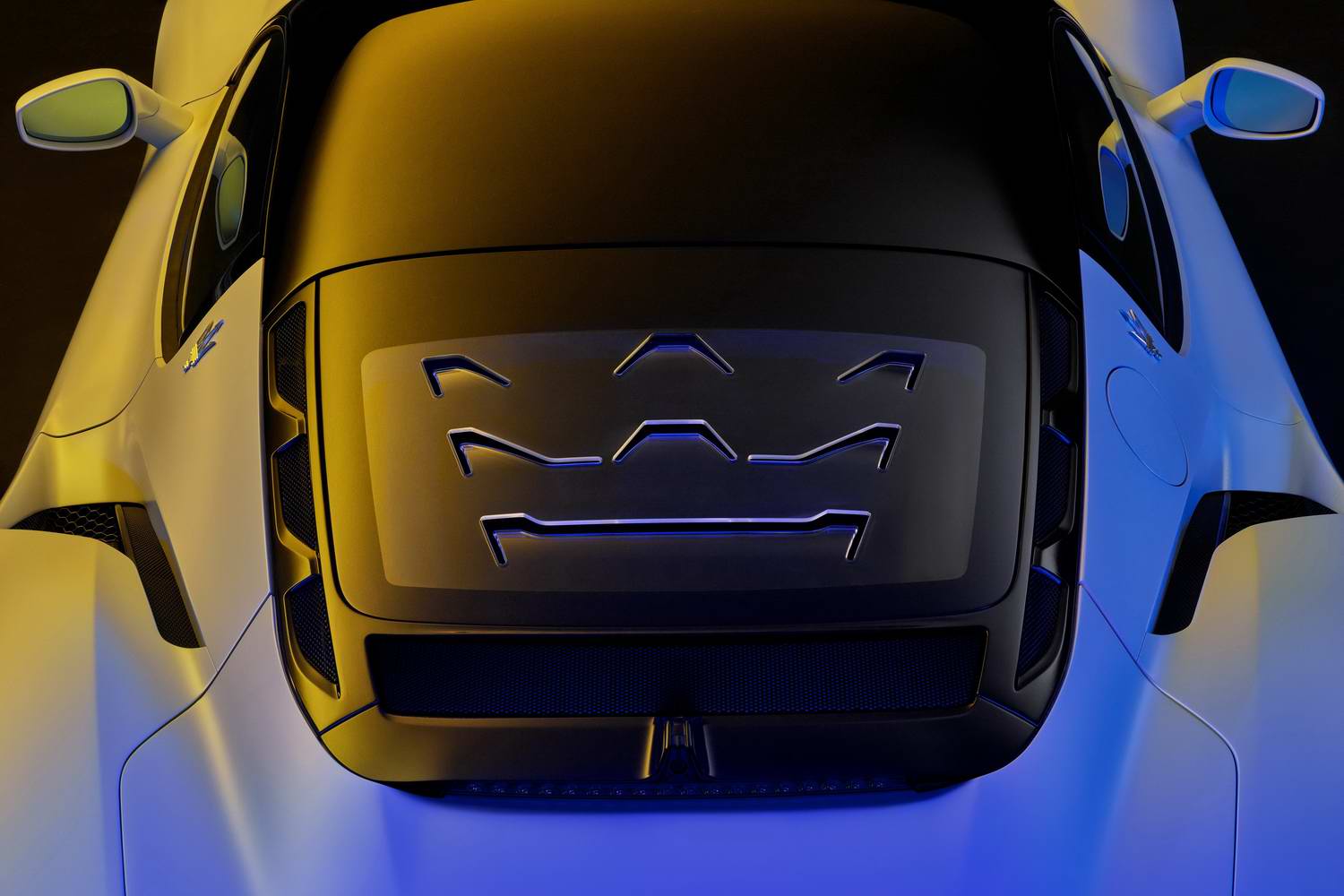 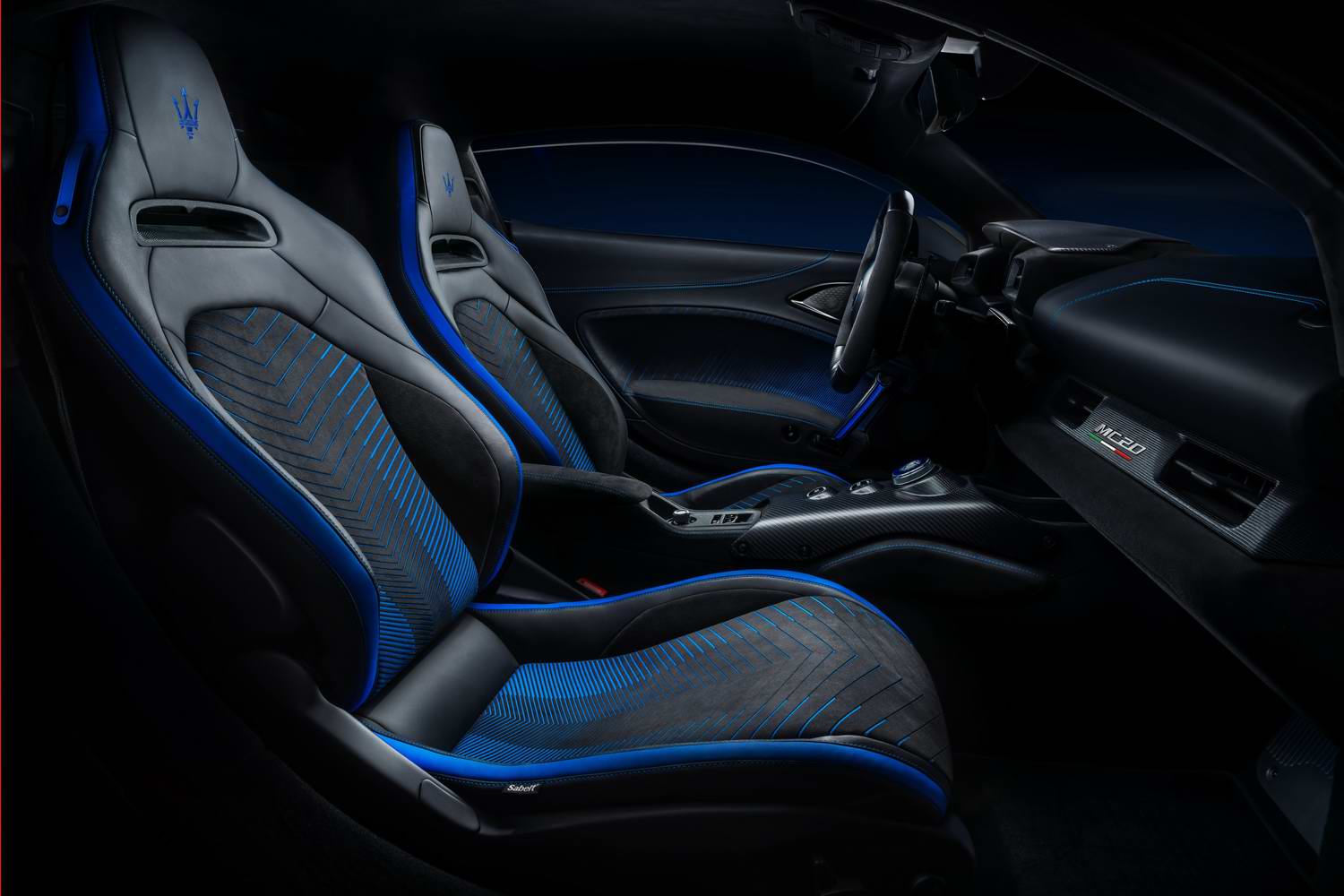 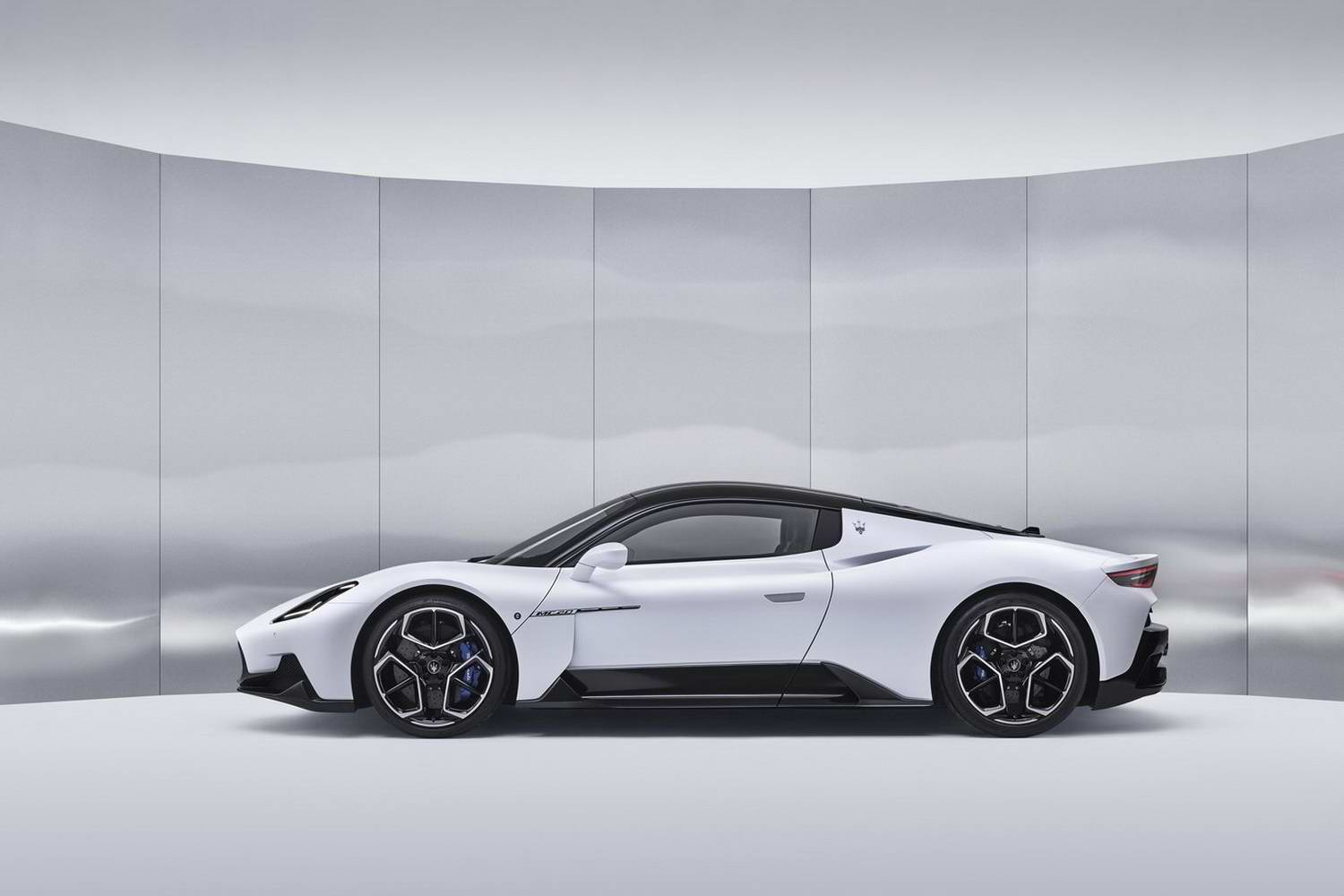 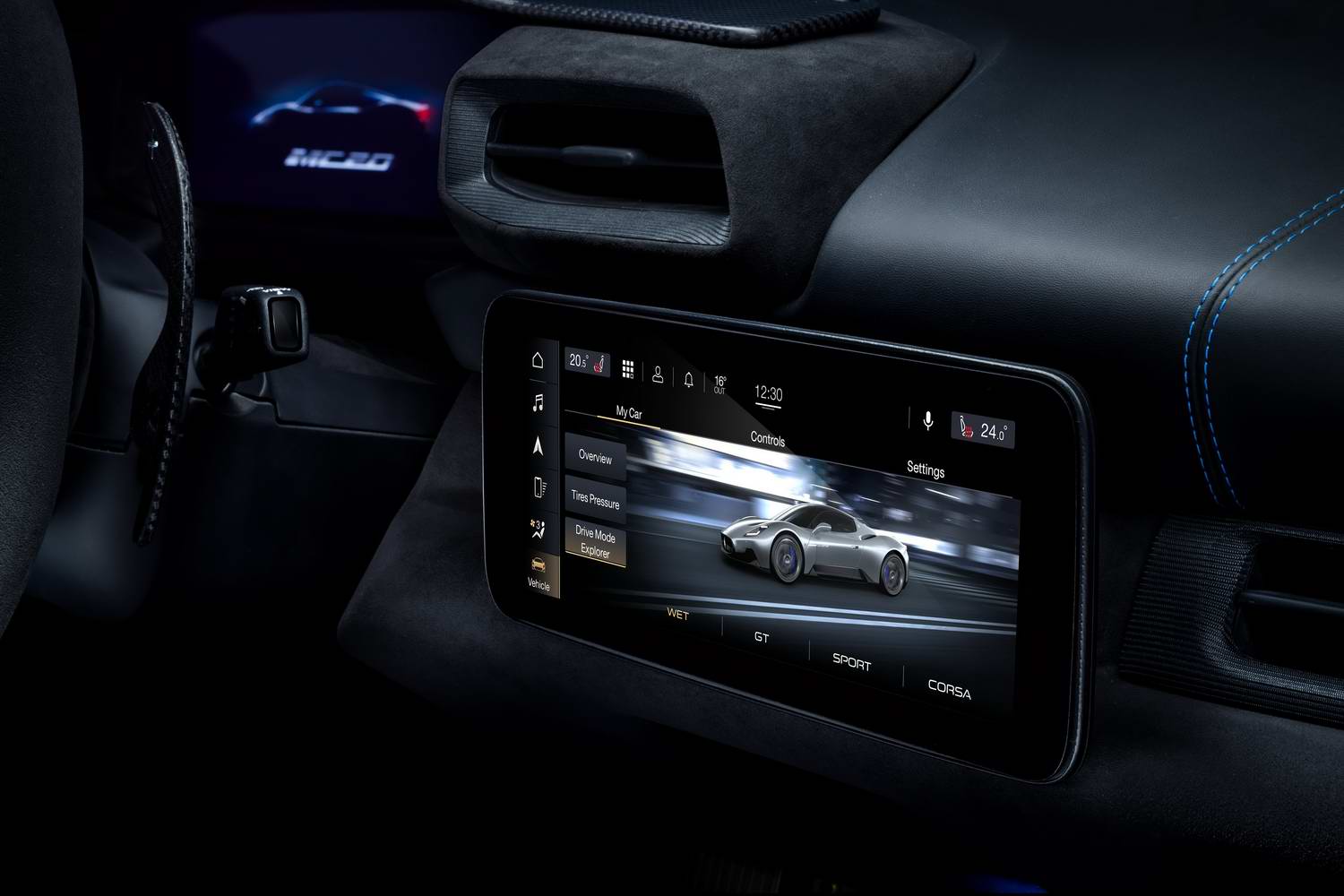 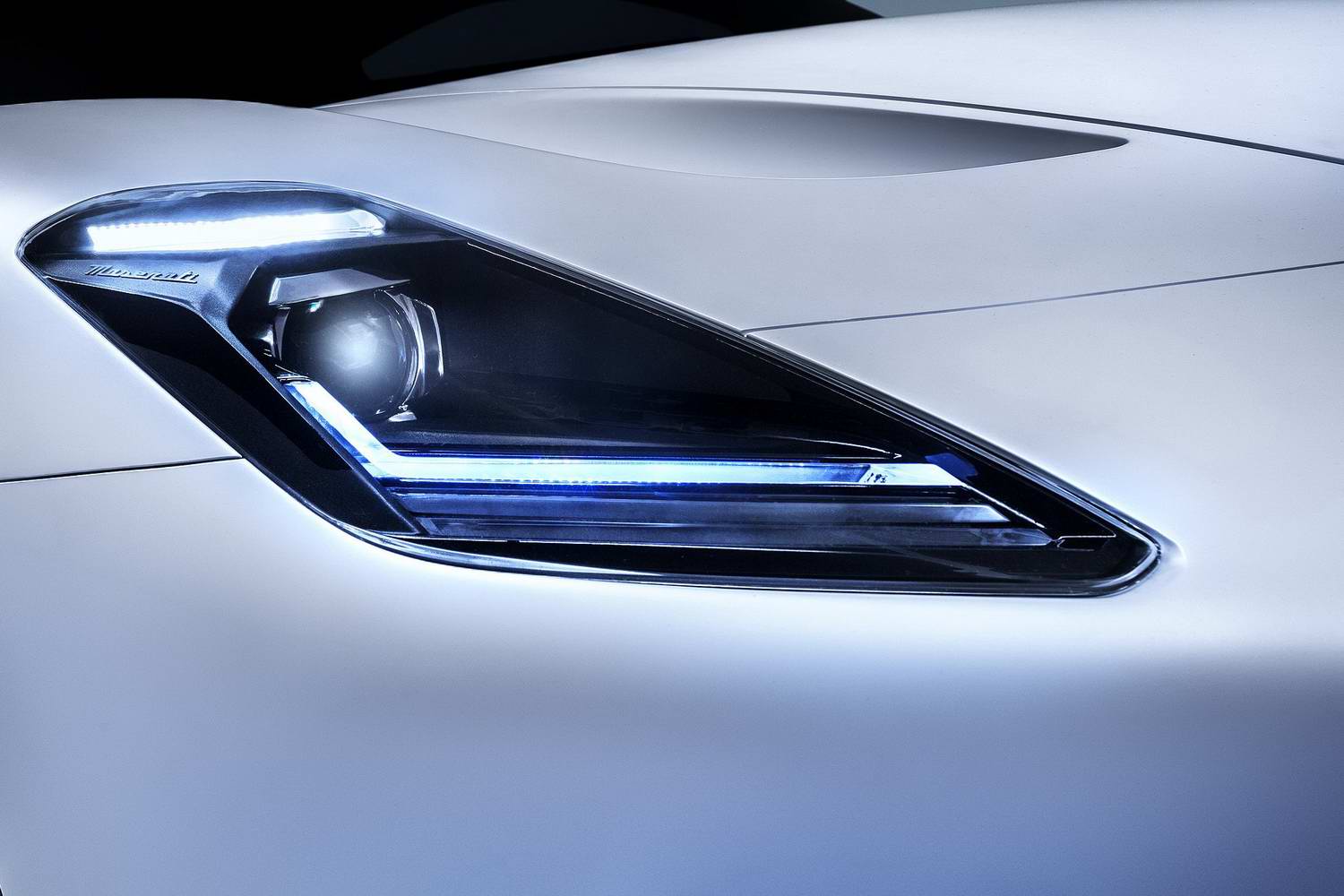 This is Maserati resetting itself and entering a brave new era - with a mid-engined, carbon-tubbed supercar as the spearhead of the Italian company's future. We've been to see the Maserati MC20 supercar up close and personal, so here's the full rundown on the newcomer.

The Maserati's styling takes cues from older models in the marque's history, but most specifically looks like a clear successor to the mighty MC12 of 2004. The MC20's chassis and bodywork are made of carbon fibre and almost all of its remaining components are aluminium, with steel only used for a handful of hidden mounting brackets and the screws. The bodywork is also aerodynamically optimised, according to its maker, capable of generating up to 100kg of downforce at 240km/h; indeed, those eye-catching butterfly doors for entry to the two-seat cabin weren't only picked because they look cool and they offer good access to the interior, but because they could carry aero-sculpting on their outer skins.

All of this means the MC20 is light for a big, mid-engined supercar; it is expected to tip the scales at less than 1,500kg and, with its slippery shape, it has all the tools at its disposal to be mega-quick. Moving inside, a functional but smart interior has a touchscreen interface mounted centrally on the console, so that the driver doesn't need to move their hands too far to operate it, while a digital dashboard and a pared-back centre tunnel are further hallmarks of the MC20. Anyone who has sat in either an Alfa Romeo Giulia or Stelvio Quadrifoglio will recognise the steering wheel and shift paddles, but otherwise it's an enticing and unique ambience within.

Moving on to motive power, an all-new, in-house-developed twin-turbo 3.0-litre 90-degree V6 petrol engine called 'Nettuno' is employed in the MC20, powering the rear wheels via an eight-speed dual-clutch gearbox. The headline figures and performance stats are eye-widening: that engine churns out 630hp and 730Nm, enough for 0-100km/h in less than 2.9 seconds, 0-200km/h in less than 8.8 seconds and on to a top speed in excess of 325km/h. With a quoted weight-to-power ratio from Maserati of 2.33kg/hp, that means the MC20 should accurately weigh 1,468kg.

If this all sounds exciting, know that a 'spider' roadster version of the MC20 is in the pipeline, while an all-electric variant with a triple-motor set-up and 800-volt architecture is on the cards for 2022, after the MC20 V6's 2021 launch. Maserati is planning a full-on model offensive of pure EVs in the coming years, under the new 'Folgore' (meaning 'lightning' in Italian) brand, while the next major product after the MC20 will be a sub-Levante SUV called the Grecale. For now, though, revel in the glory of the 630hp MC20 and expect big things from Maserati in future.