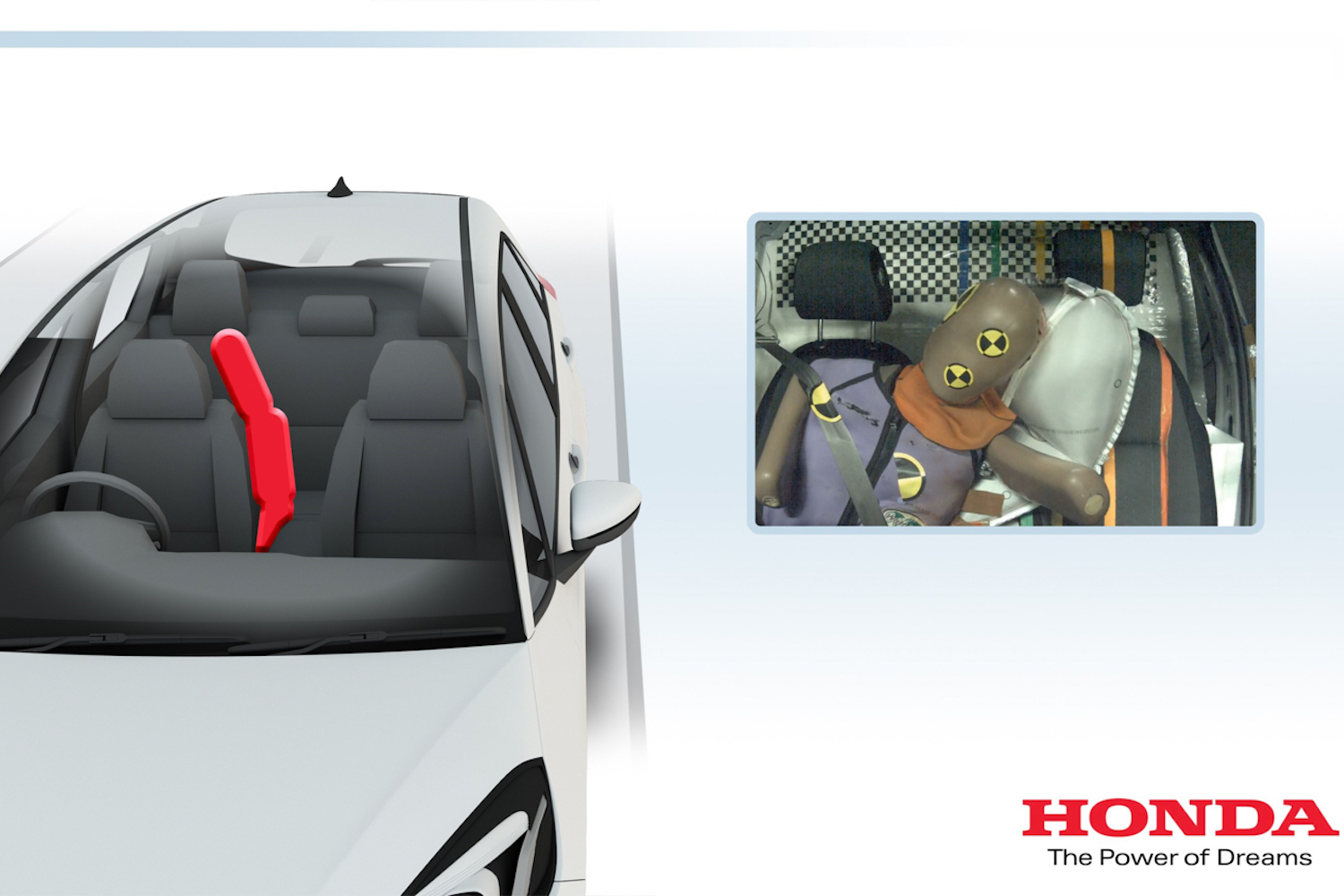 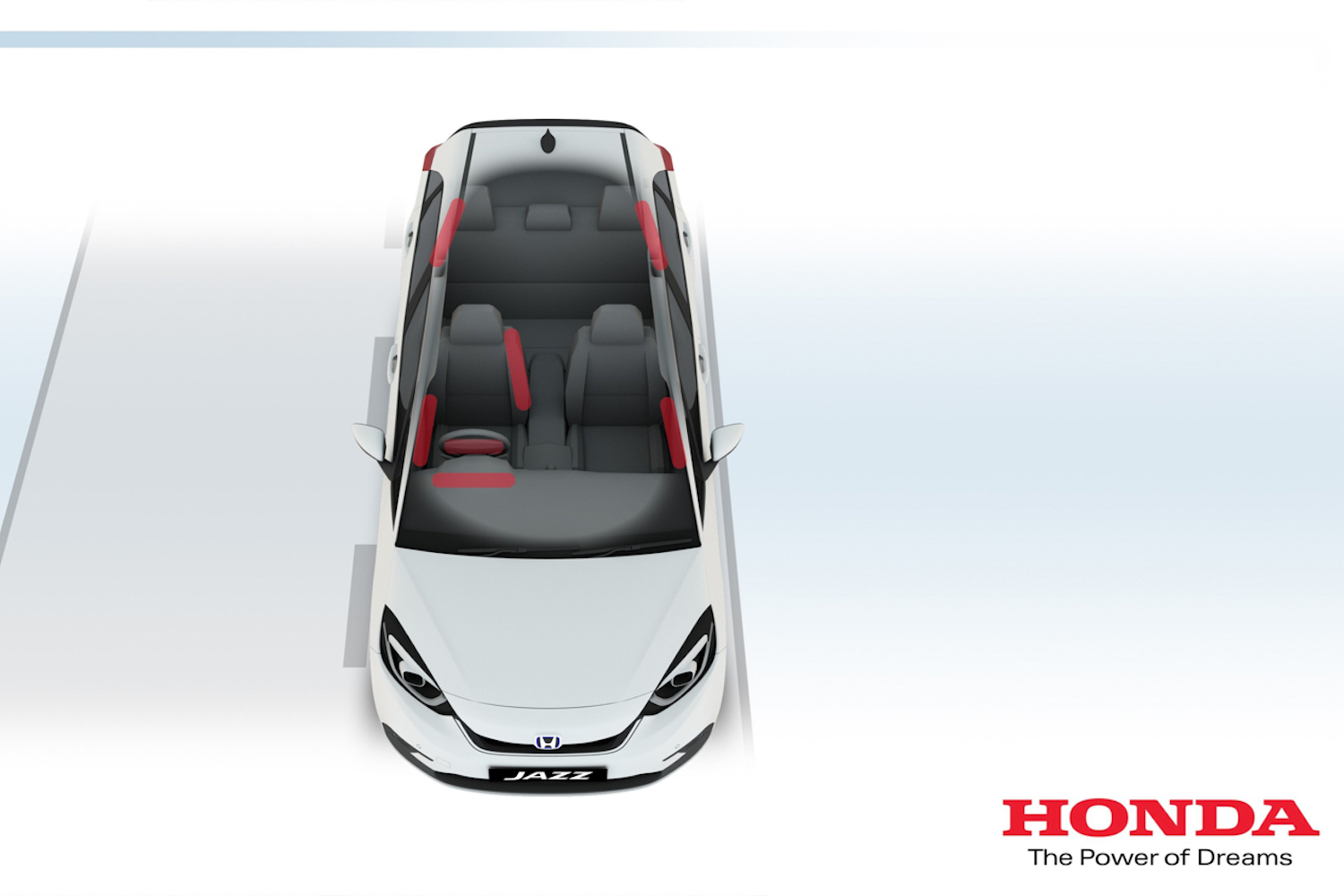 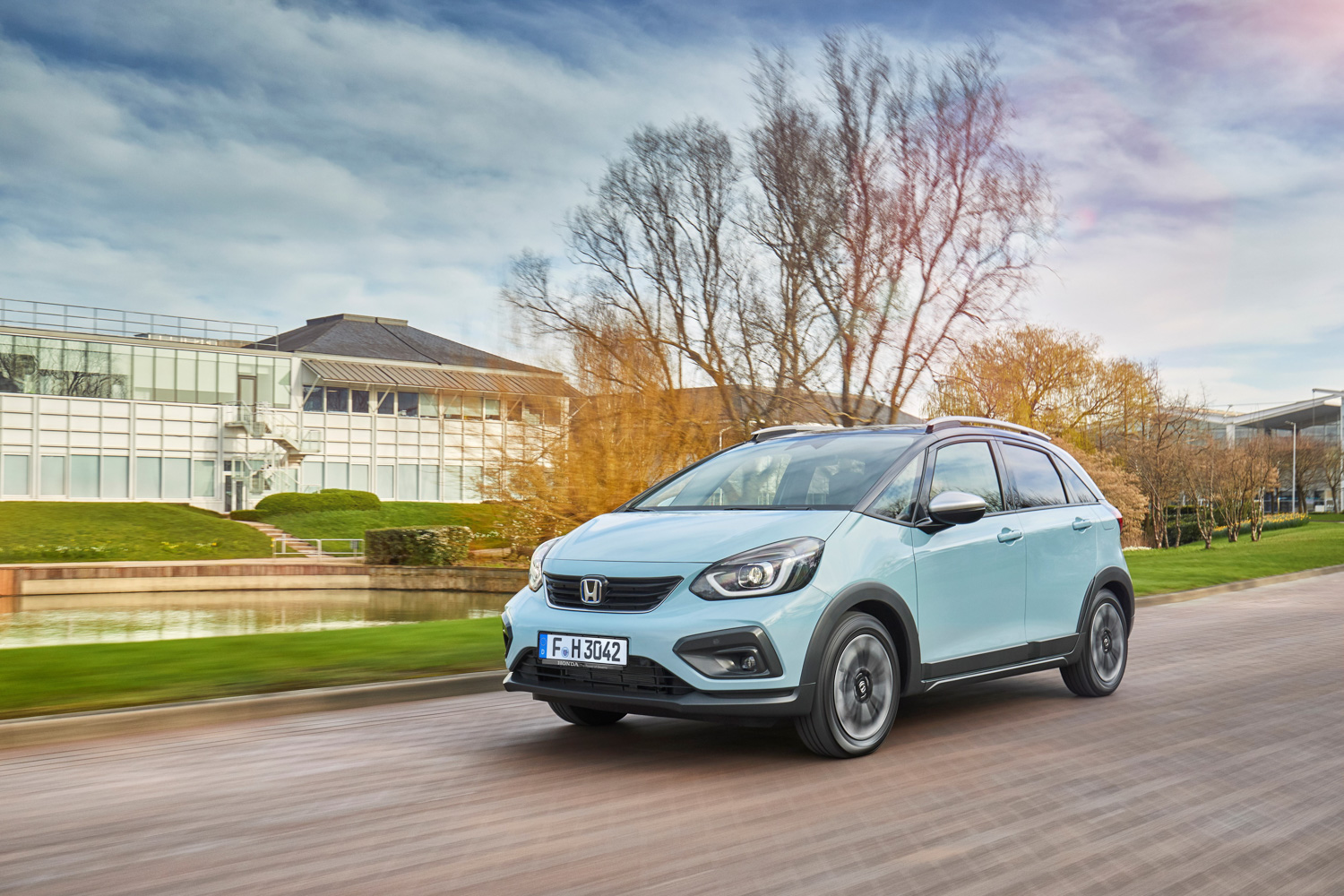 Honda claims front-centre airbag tech in the forthcoming Jazz and Crosstar is a ‘first-in-class’ feature.

Honda's new Jazz and Jazz Crosstar superminis are on the way, and the Japanese company is now bigging-up its safety features - such as a new front-centre airbag as standard, which Honda is claiming is a first-in-class fitment of such a device.

The front-centre airbag is fitted within the back of the driver's seat of the Jazz and Crosstar models, and - when activated - in inflates into the space between driver and passenger. This new airbag is one of no fewer than ten fitted all around the Jazz's cabin, and its primary purpose is to prevent direct contact between the driver and the front-seat passenger in the event of a side-impact collision. In order for it to work, three attachment tethers guide the deployed airbag around the driver in a curve, with the whole apparatus fitted within the upper bolster of the newly designed driver's seat.

Furthermore, this front-centre airbag works with two other features if the Honda is involved in a side-on impact, as the seatbelt pretensioners for both the driver and passenger work to reduce lateral occupant movement, while the centre armrest has been increased in height. Overall, these features working together can reduce injury to the head by 85 per cent for the nearside passenger and 98 per cent for the farside passenger in Honda's own internal side-impact testing procedures.
And those sitting in the back of the Jazz are not forgotten either, as the rear-seat i-side Airbag System (iAS) comprises a double-structured airbag installed in the seat pad, which activates to protect rear occupants from impacts against the door and C-pillar, in the event of side-on collisions. The airbag's deign is also compact, so that it doesn't affect the Magic Seat function of the Jazz models.

Takeki Tanaka, large project leader for Honda, said: "Occupant safety is of the utmost importance for our designers when we develop a new car. We completely redesigned the latest-generation Jazz from the ground up, which meant that we were able to incorporate new advanced structural technologies and the latest passive safety features to provide exceptional protection from all kinds of accidents. With the addition of an upgraded suite of advanced safety features and driver aids as standard, we are confident that the all-new Jazz remains one of the safest cars in its class."