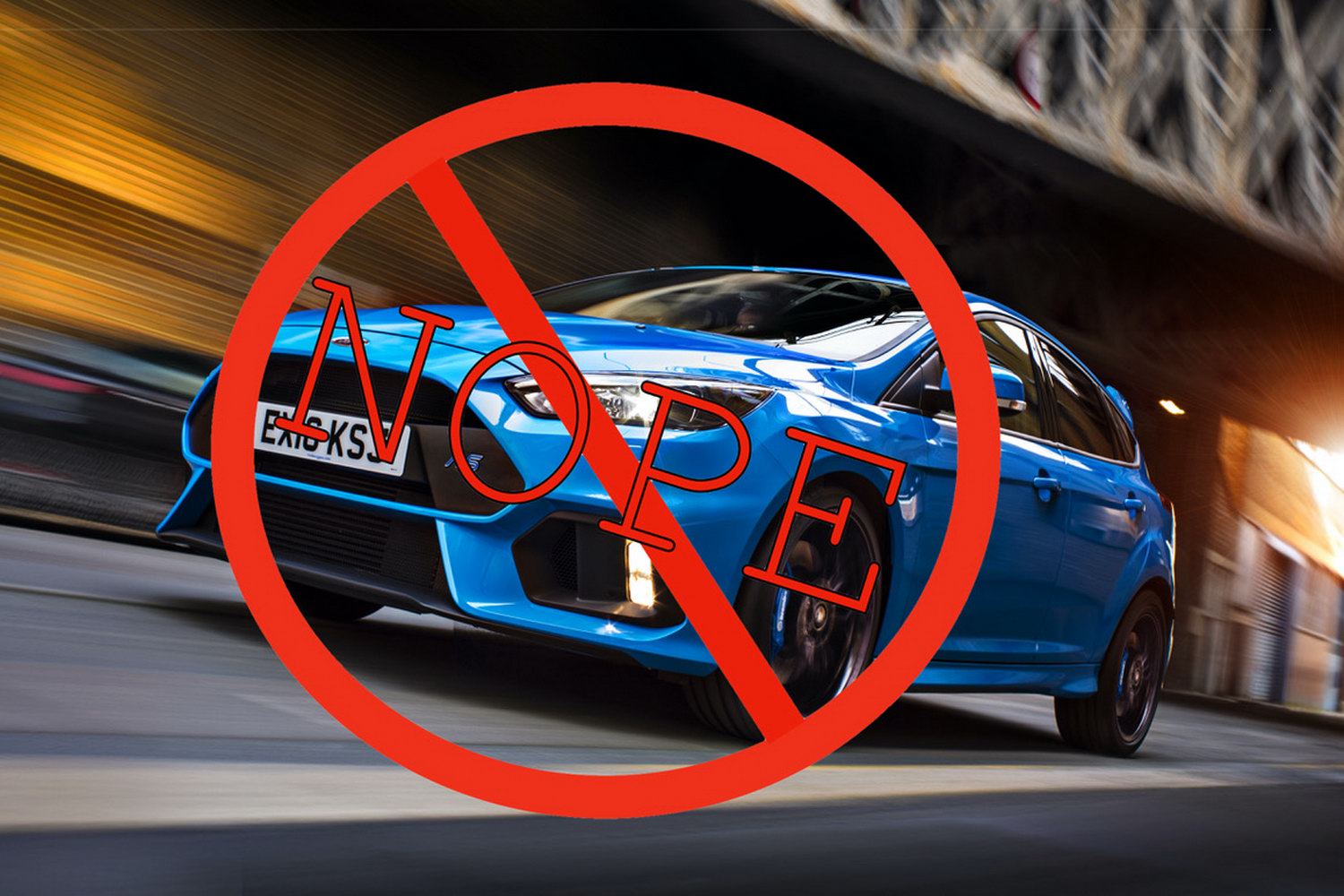 Sums don't add up for a fourth generation of the hottest Ford Focus.

It is not, perhaps, the most surprising news given the current economic shock, but Ford has decided that - alas - there will not be a fourth-generation model of the Focus RS. The hottest versions of the Focus have, since 2003, gone down in petrol-head legend as some of the best and most potent hot hatches around. The outgoing model, with its 'Drift Mode', was considered so unhinged that Australia actually banned it, for a time.

Sadly, Aussie legislators won't get that chance again. "As a result of pan-European emissions standards, increased CO2 taxation and the high cost of developing an RS with some form of electrification for a relatively low volume of vehicles, we are not planning another RS version of the Focus," said Ford in a statement. "We remain committed to Ford Performance vehicles in Europe as part of our DNA with cars like the multi-award winning Focus and Fiesta ST as well as our Mustang and Ranger Raptor models."

Apparently, Ford had been planning a hybrid version for the next-gen RS, using a development of the 2.5-litre petrol engine and battery system found in the new Kuga Hybrid. The electric section of the powertrain would have driven the rear wheels only, while the petrol engine would have been turbocharged to produce a combined power output of more than 400hp (the most recent Focus RS had 350hp).

That system could probably have kept a new RS version within CO2 limits, but the cost of development would have been too high, even with such high-priced opposition as the Honda Civic Type R and the Mercedes-AMG A 45.

Fast Ford fans, fret not though - the Blue Oval, even given its current finances, is plotting a next-generation Mustang that will come with a high-performance hybrid powertrain. The hybrid setup will be mated to a traditional V8 petrol engine, but it will be able (theoretically) to deliver fuel economy that will keep the big eight-cylinder engine in service for a while yet. According to Autocar magazine, the hybrid Mustang will be four-wheel drive, with the electric half of the drivetrain sending power to the front wheels only (which raises the prospect of, occasionally, your 2021 Mustang being front-wheel drive...).

The hybrid option for the Mustang is more cost-effective because the next-generation model will share a platform and build modules with Ford's North American SUV line-up, including the Ford Explorer and Lincoln Navigator.

As the Mustang nameplate enters its 56th year, it has become the world's best-selling sports car. Data from IHS Markit shows that, in 2019, 102,900 Mustangs were sold around the world, bucking the trend for a general lack of sales of sports cars, coupes and convertibles. During 2019, Mustang sales in Germany increased 33 per cent, in Poland sales rose by nearly 50 per cent, and in France, they nearly doubled.

"We're proud of our growing Mustang stable and performance variants," said Jim Farley, chief operating officer, Ford Motor Company. "From Sweden to Shanghai, more and more driving enthusiasts are enjoying the feeling of freedom and the American open road in these new Mustangs. We are honoured to serve our owners, enthusiasts and fans for 56 years and counting."