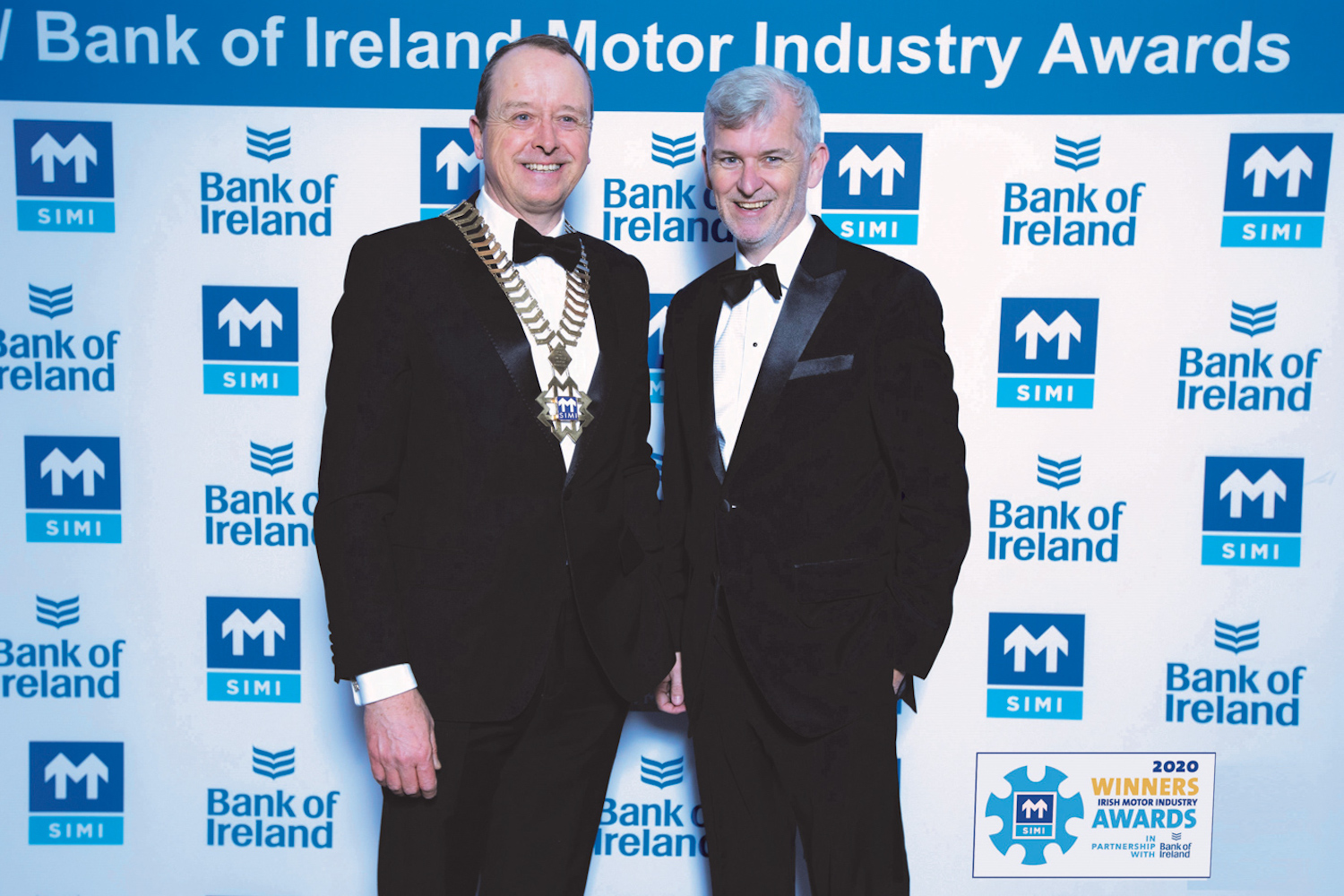 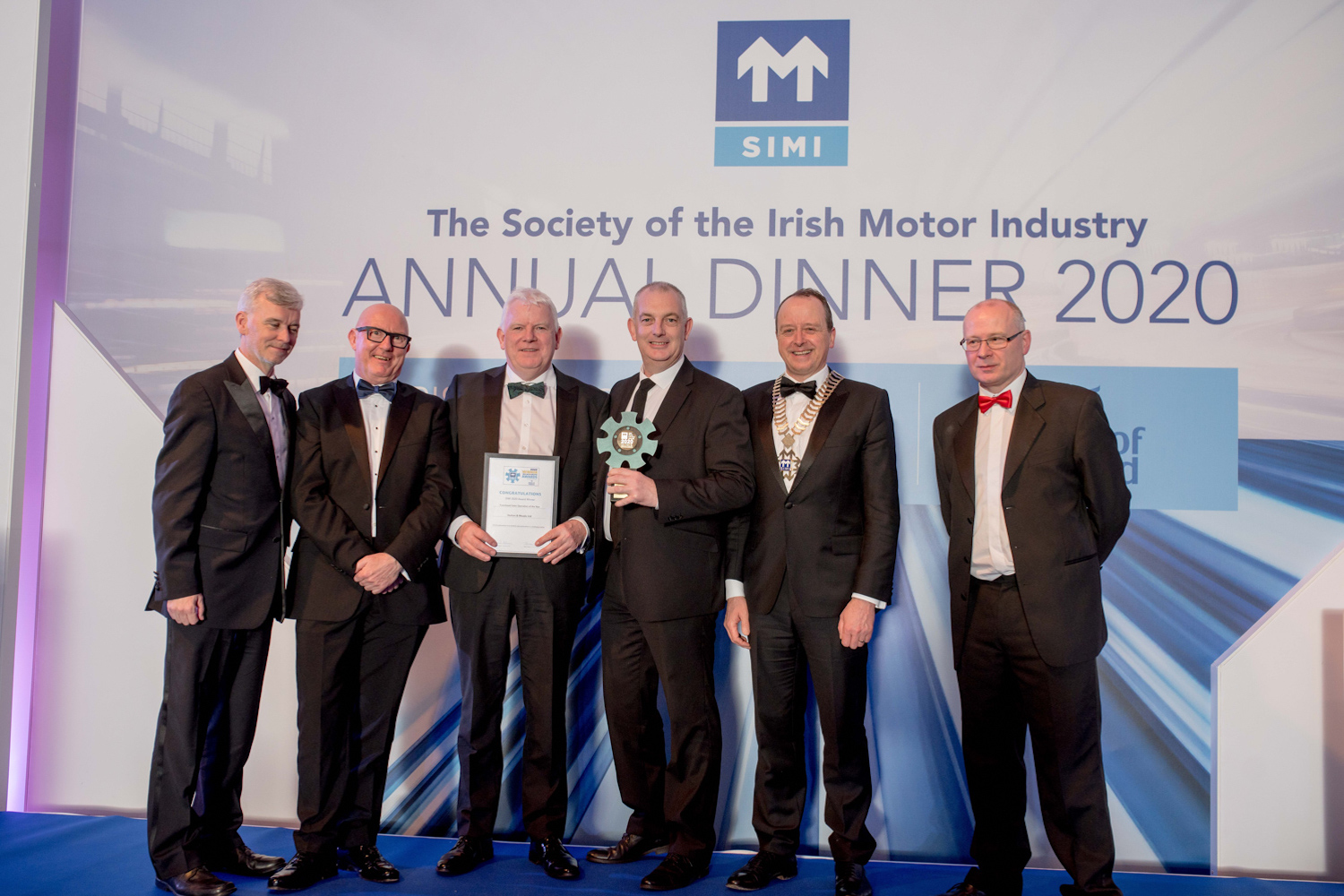 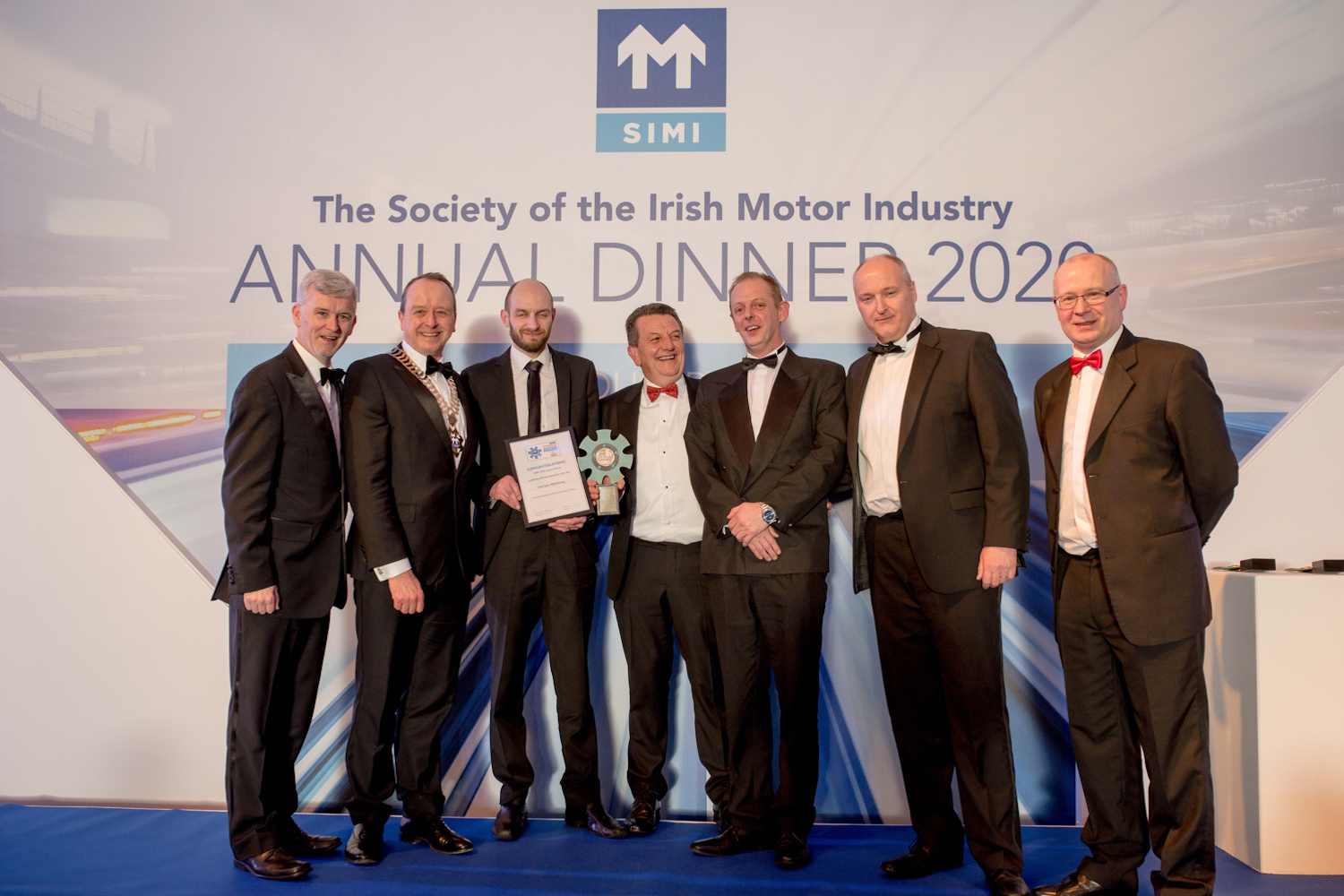 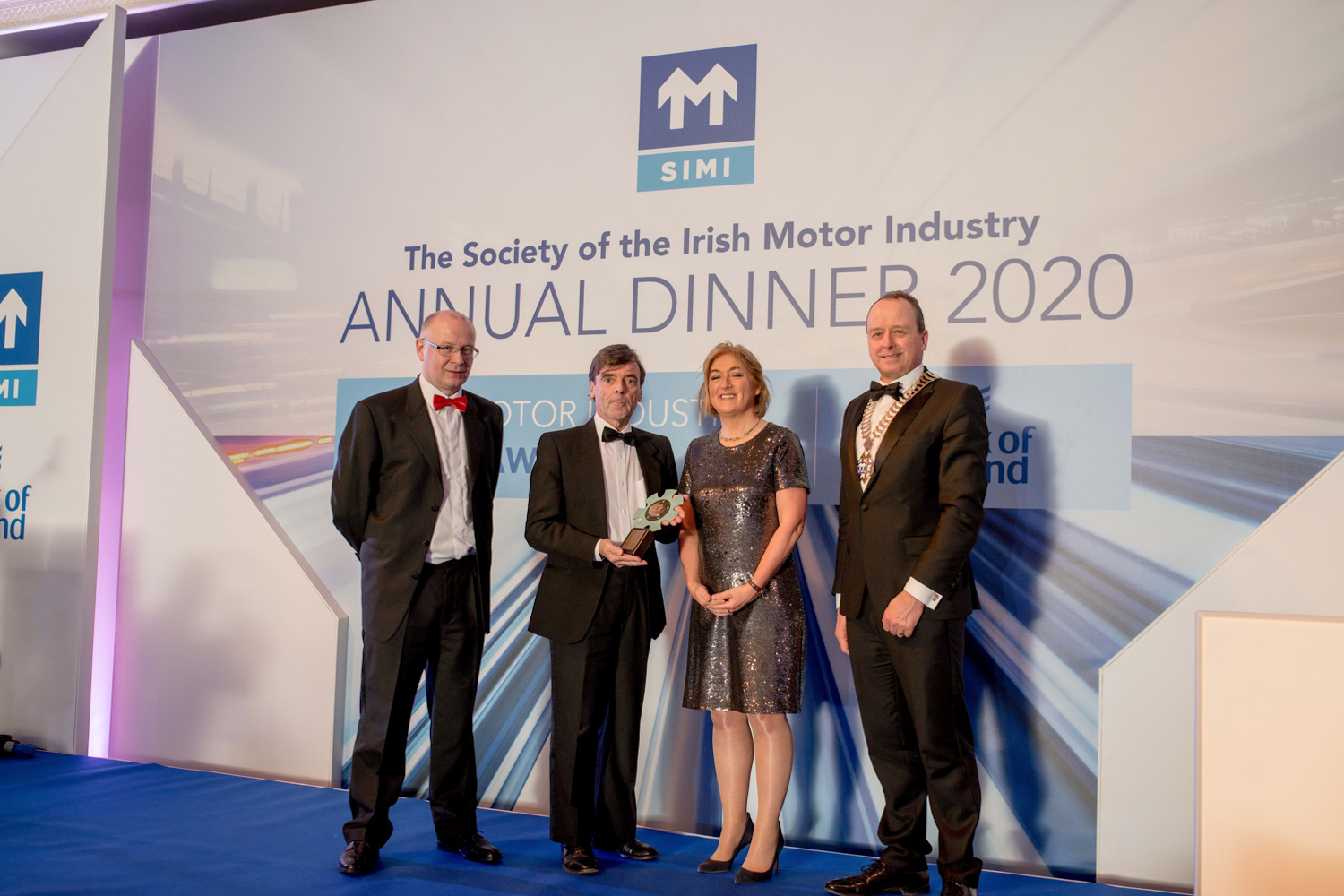 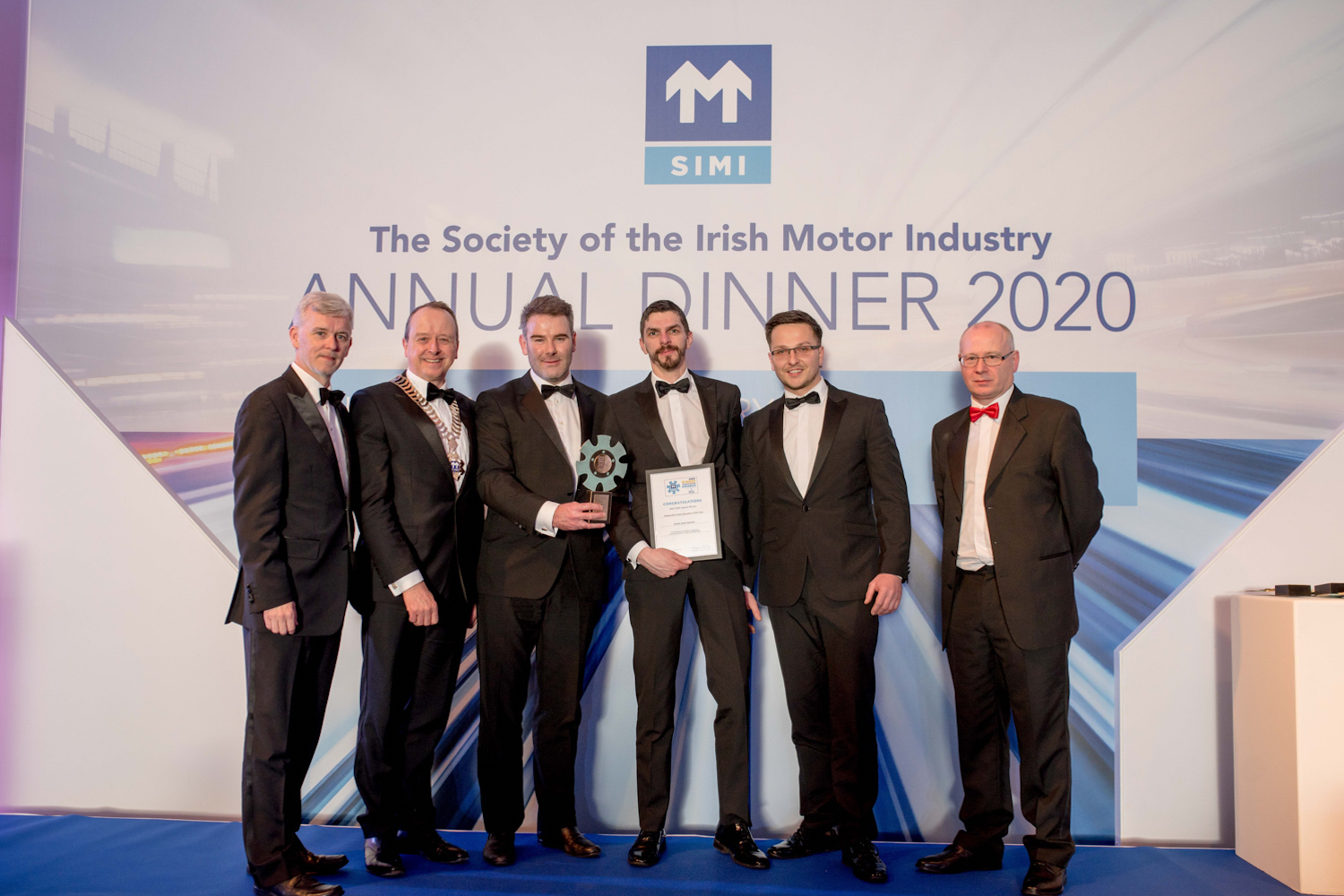 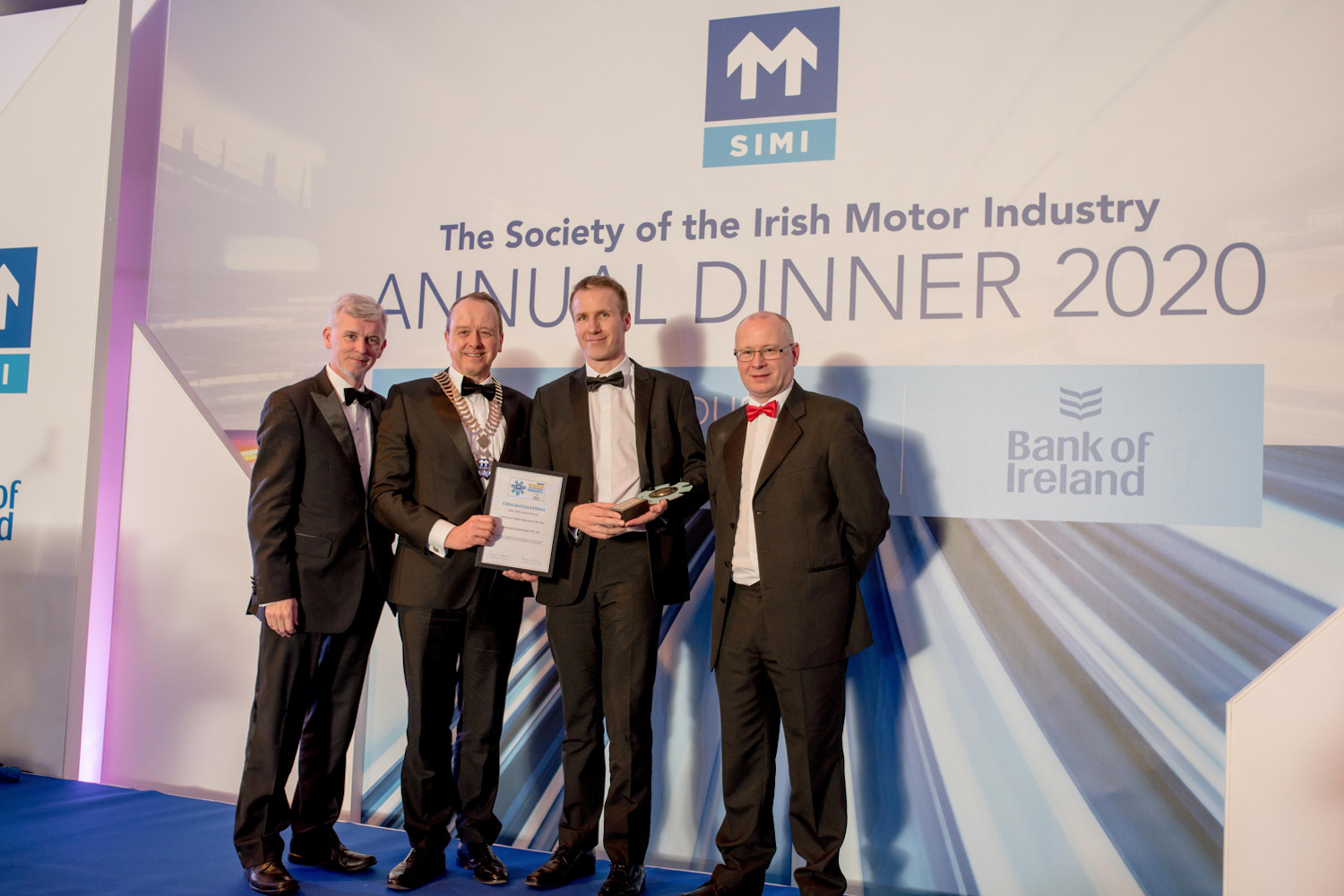 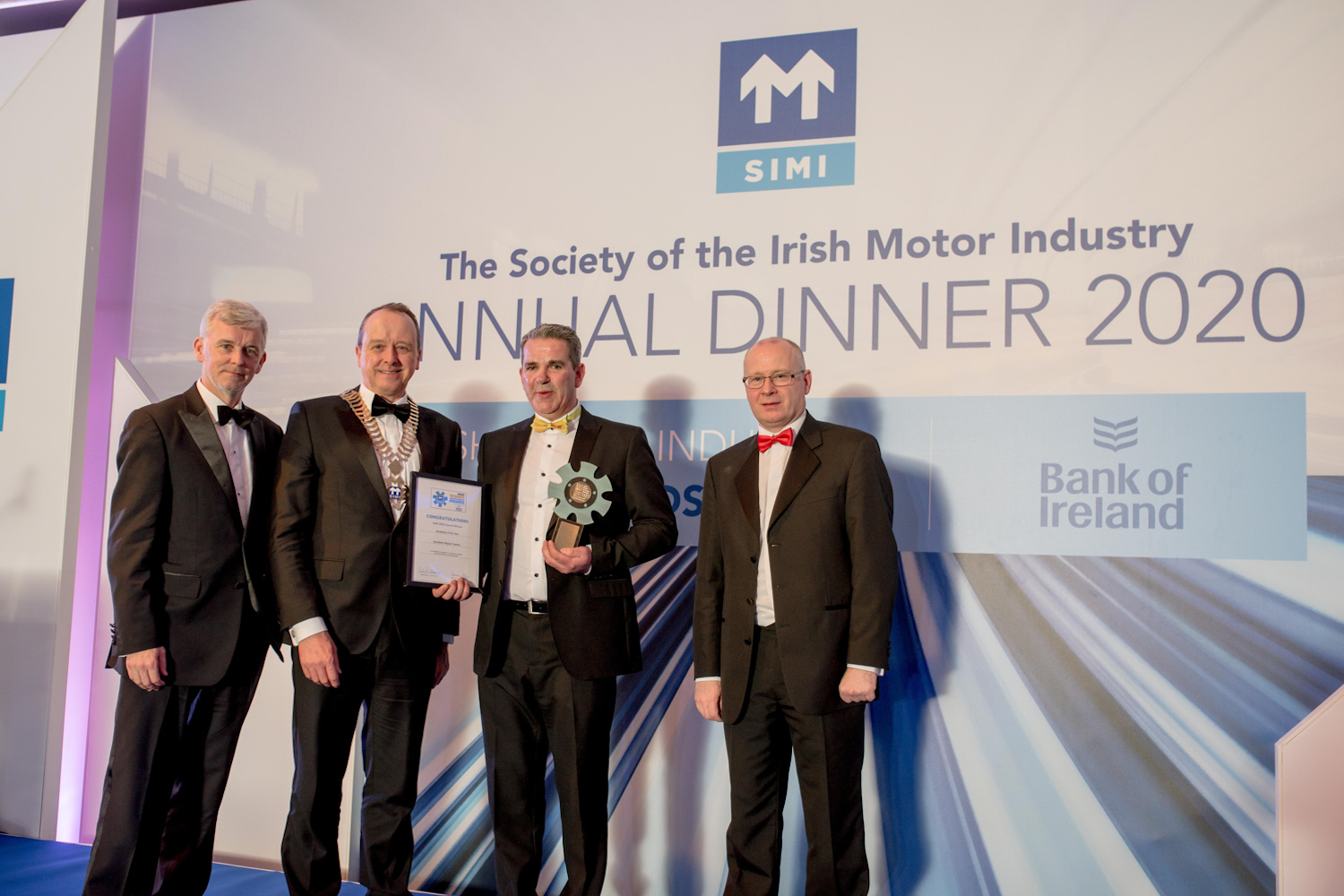 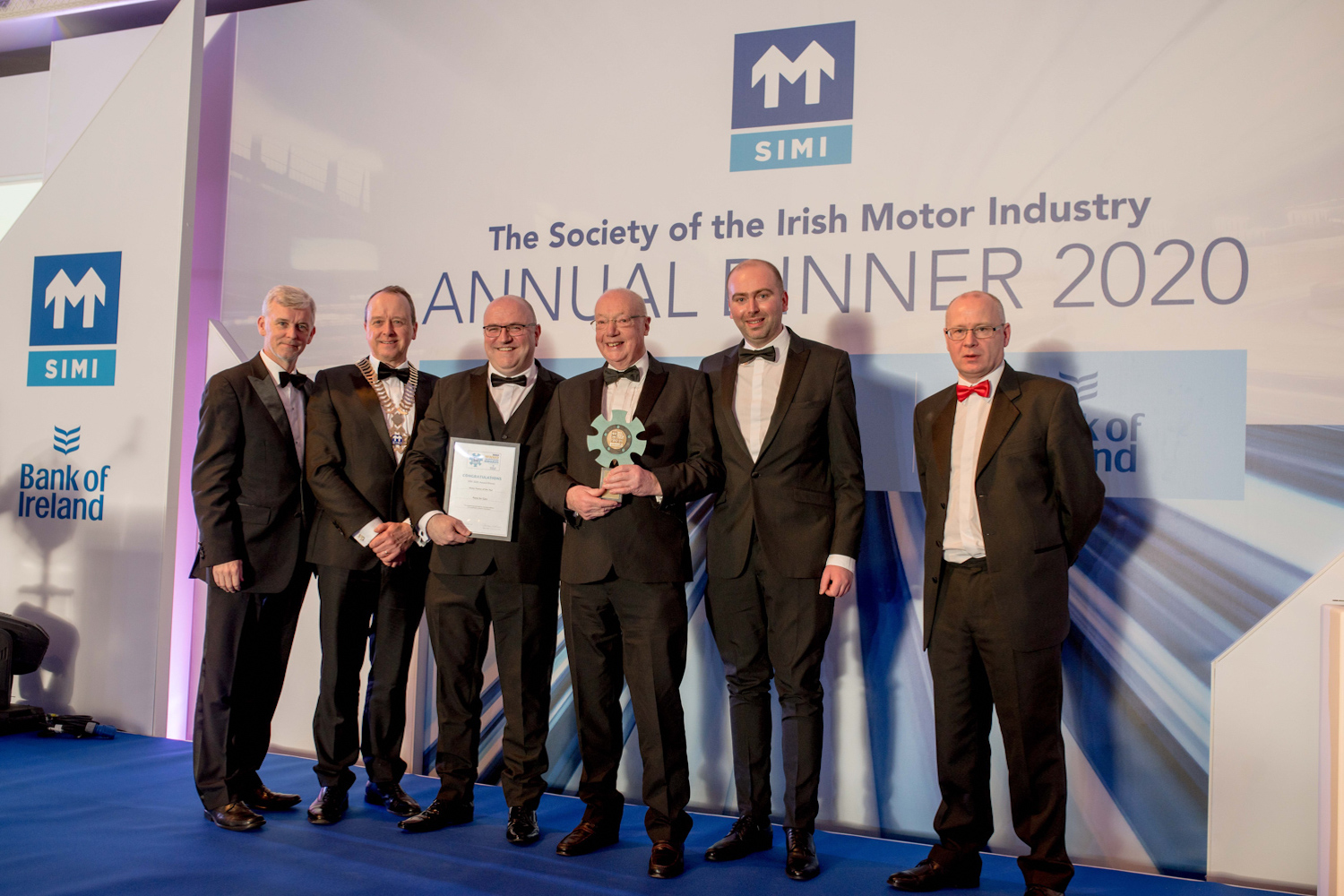 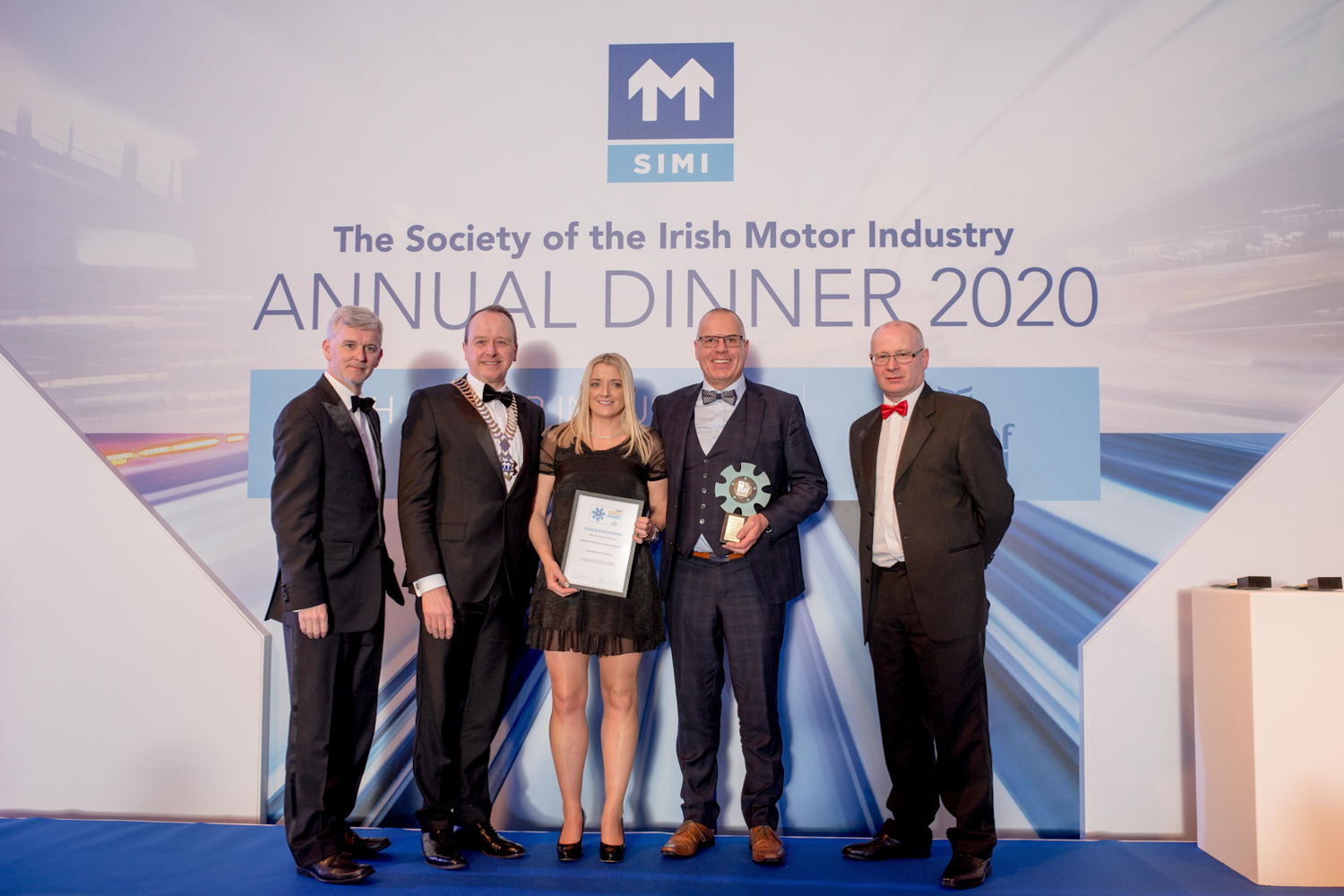 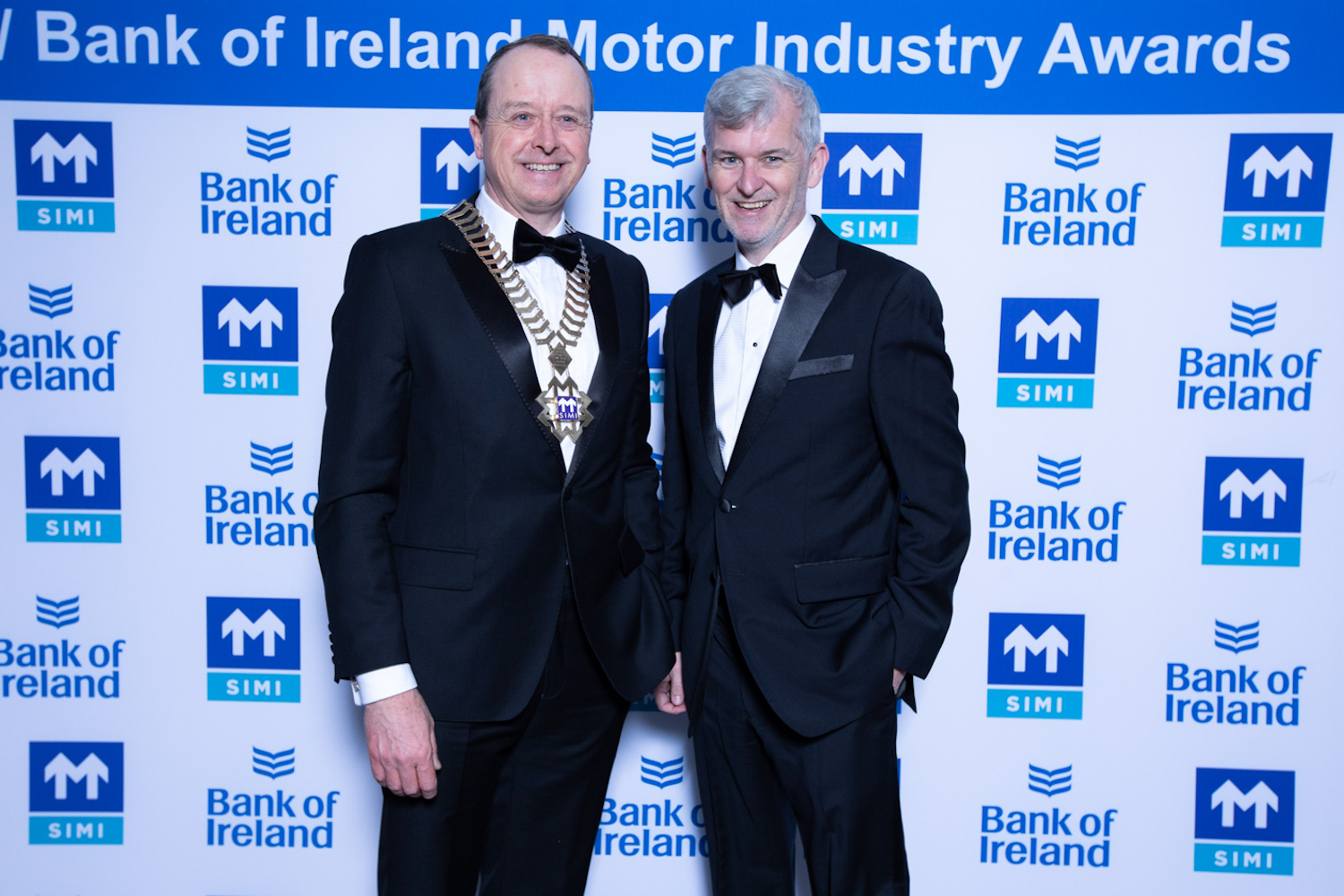 The best of the motor trade in Ireland was recognised at the annual SIMI Irish Motor Industry Awards, which took place in Dublin. Awards in eight categories were presented on the night by Brian Cooke, SIMI Director General, and Derek McDermott, Managing Director of Bank of Ireland Finance. All of the award winners were decided upon by an independent panel.

Ahead of the winners being announced, Gabriel Keane, SIMI President, addressed the 700-strong audience, saying he was of the Irish Motor Industry and the significant contribution motor businesses make to the country. Employing thousands of people, collecting billions in tax, investing in business and technology, providing exceptional customer service, all the while carrying all the risks and challenges of business.

He went on to highlight how everybody has a responsibility in preventing global warming, outlining that the industry is a critical element in any climate change solution. He called on the industry to be environmental activists, while at the same time encouraging customers to make the transition from older higher emission cars to lower CO2 be it petrol, diesel or hybrid and indeed zero CO2 emission cars.

A special award was presented to Professor Denis Cusack of the Medical Bureau of Road Safety by Ms Moyagh Murdock, CEO of the RSA, in recognition of his work and commitment to road safety.

During the awards ceremony, Derek McDermott, Managing Director of Bank of Ireland Finance, said: "Bank of Ireland Finance is delighted to partner with the Society of the Irish Motor Industry Awards for the 6th consecutive year to recognise outstanding achievement and excellence within the Industry. Banking, along with the motor industry continues to see changing attitudes to how our customers do business. Continuing to keep customers at the centre of everything is as important now as ever for our Franchise partners, Dealers and the team at Bank of Ireland Finance."