Renault ponders benefits of a merger with FCA 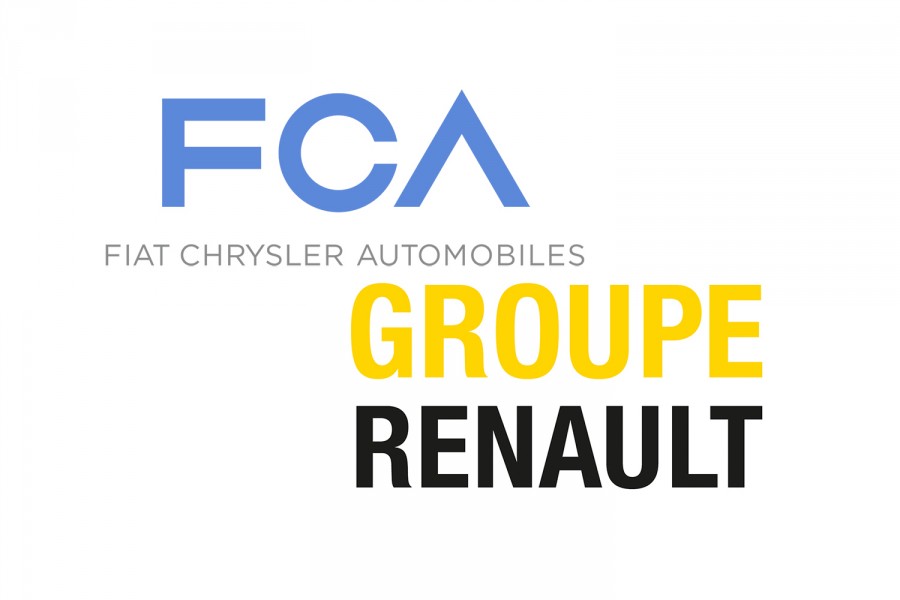 Discussions at top management levels in Fiat Chrysler Automobiles (FCA) and Renault are ongoing amid speculation of a possible €32.6bn all-share merger. A 'friendly proposal' has been submitted to Renault management following discussion between FCA Chairman, John Elkann, and Jean-Dominique Senard, who replaced Carlos Ghosn at Renault following his arrest amid allegations of financial misconduct.

The Board of Directors at Renault have met to discuss the proposal sent by FCA regarding a merger of the two groups. It is understood that the initial plan would see a 50/50 merger and could create one of the largest automotive groups in the world behind Toyota and Volkswagen.

What is not yet clear is just what position that would leave Renault's fellow Alliance members, Nissan and Mitsubishi, in. It has been reported that Nissan, which already had the poor end of the deal from the Renault Nissan Alliance, would see its stake diluted further. Nissan had sought to rebalance the scales following the Carlos Ghosn scandal. Nissan's current CEO, Hiroto Saikawa, said: "I'm open to any forward-looking discussions to strengthen the Alliance."

Before his sudden death in 2018, Sergio Marchionne, the CEO of FCA, had made numerous attempts to find FCA a partner since Fiat took over Chrysler in 2009, none of which resulted in success.

FCA is made up of Alfa Romeo, Chrysler, Dodge, Fiat, Jeep, Lancia, Maserati, Mopar Parts and Ram, making it currently the world's eighth largest automaker. Were it to merge with the Renault Nissan Mitsubishi Alliance, the total volume of vehicles produced annually would be an estimated 15.6 million units.

Published on May 29, 2019
Written by Dave Humphreys