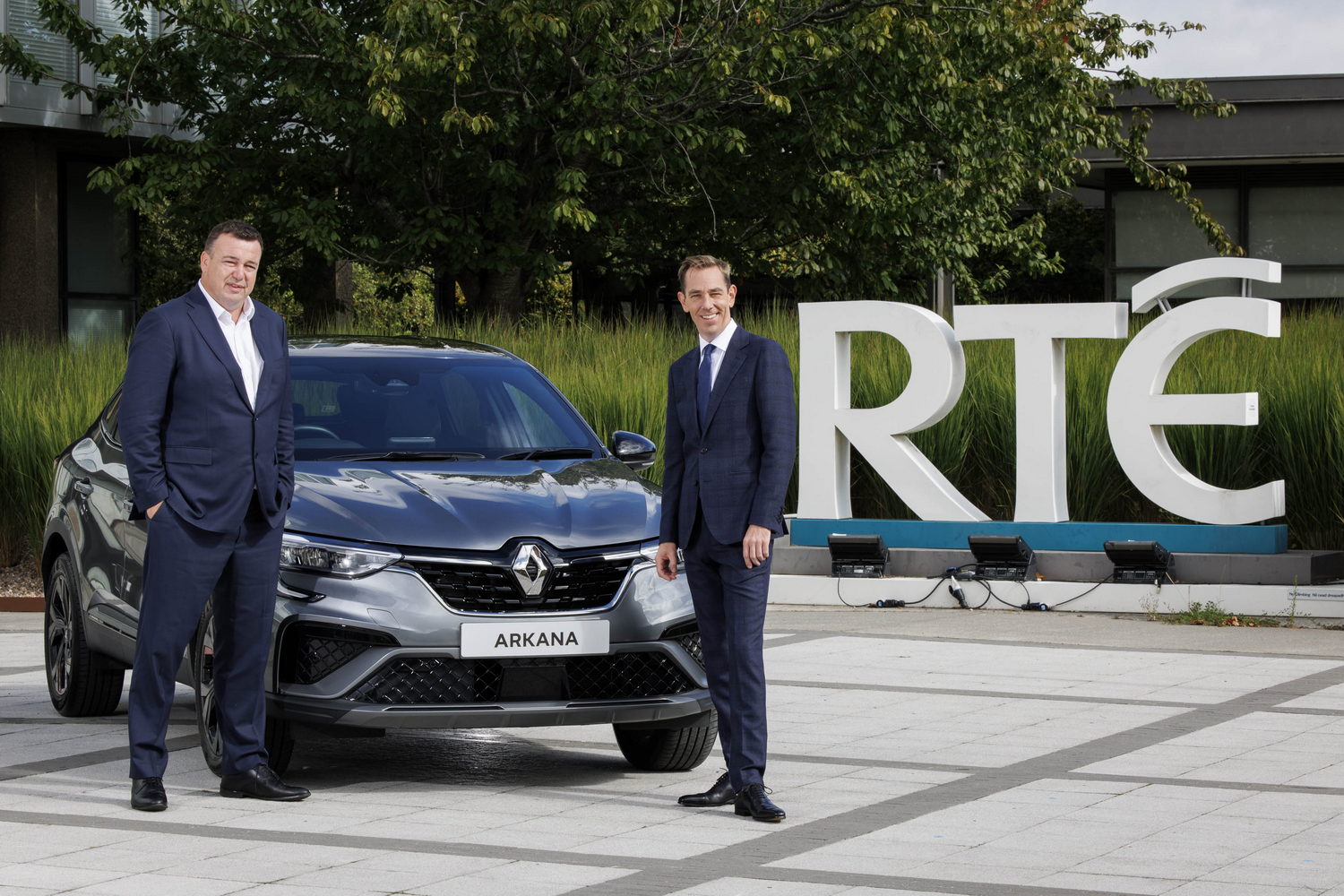 RTÉ has announced that Renault Ireland is to renew its sponsorship of The Late Late Show for the eighth year in the row. The news comes ahead of the start of the show's new season on September 2.

"We are delighted that Renault, the longest running sponsor of The Late Late Show, have extended their sponsorship for the eighth consecutive season," said Geraldine O'Leary, commercial director at RTÉ.

"As always, we look forward to seeing what the new season brings and very much look forward to continuing our collaboration with Renault whom we value hugely as a loyal and supportive business partner."

The announcement of the renewal of Renault Ireland's partnership with the show also coincides with an electrification offensive by Renault and new models such as the Arkana E-Tech hybrid and the upcoming Megane E-Tech Electric, which will arrive in Ireland shortly.

"We are delighted to continue our sponsorship of The Late Late Show on RTÉ for the 2022/23 season," said Patrick Magee, country operations director at Renault Ireland.

"This is Renault's eighth year as the show's sponsor, and it has been a great success for the brand. This season we dedicate our partnership with The Late Late Show to Renault E-Tech and will feature our latest electric and hybrid models including the Arkana E-Tech Hybrid and the soon to arrive all new Mégane E-Tech 100 per cent electric.

"Once again, we look forward to continuing our journey with Ryan and the team as the new season of The Late Late Show kicks off this weekend!"