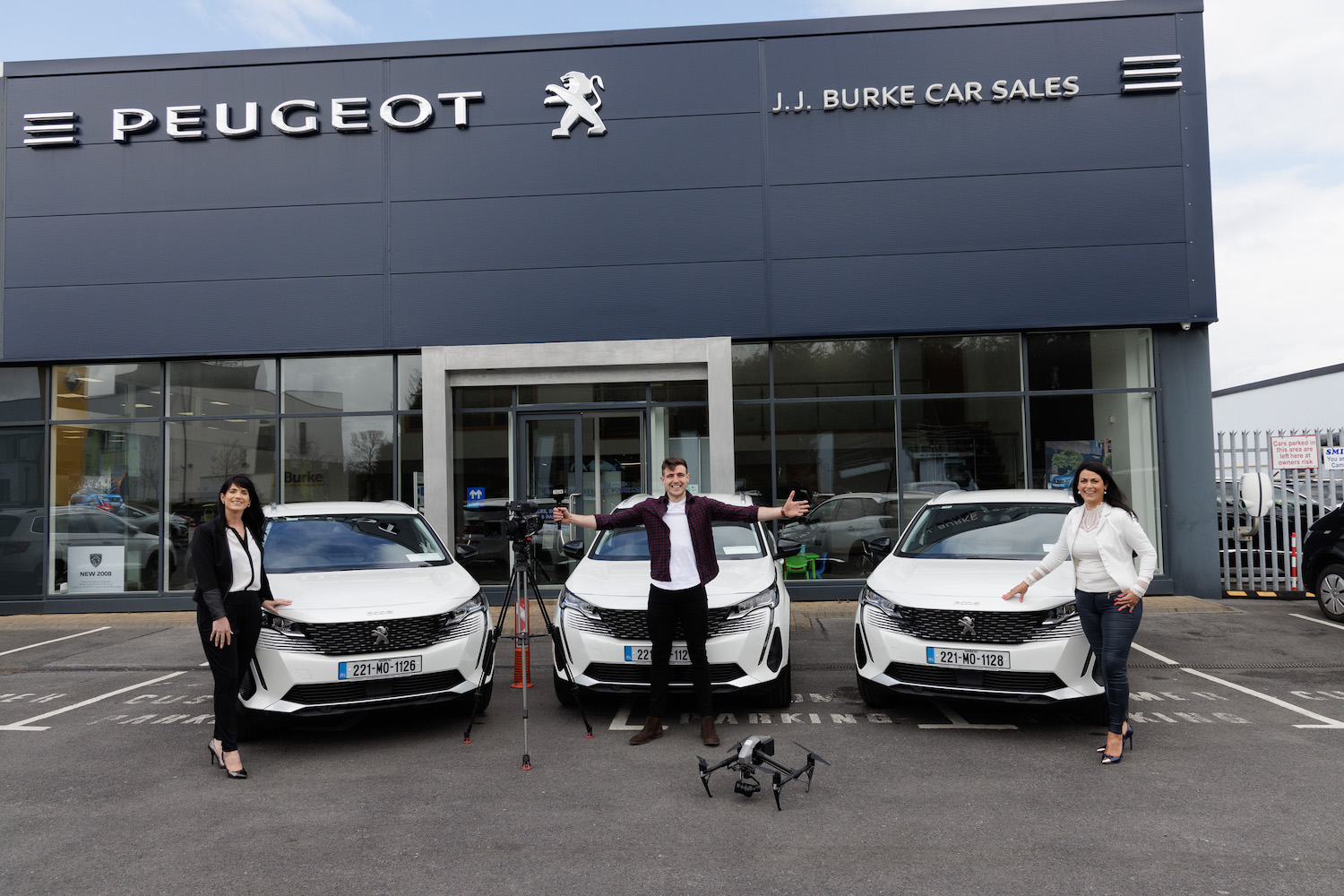 JJ Burke Peugeot has been named TG4’s official car partner, with the Ballinrobe, Co. Mayo dealership supplying the Connemara-based channel with three Peugeot 3008 SUVs for use by the station’s outside-broadcast producers. “TG4 is pleased to partner with JJ Burke Peugeot to supply cars for our Mojo and Sports teams,” said Alan Esslemont, TG4’s director-general, speaking at the handover of the vehicles. “The cars will facilitate the sports producers who are broadcasting from sports grounds around the country each weekend and the Mojo team who are reporting from communities and events in all Gaeltacht areas.”

Speaking at the launch of the partnership was Karen Burke, dealer principal at JJ Burke, who said that the business was “thrilled” and “honoured” to team up with such a strong and well-known Irish brand as TG4. “We are such big supporters of sport, especially our beloved Mayo, so handing over the Peugeot 3008s to the sports team is an absolute pleasure.” The Peugeot 3008 is a mid-sized crossover model available in petrol, diesel or plug-in hybrid varieties, with pricing starting from €39,460. Additionally present at the launch was Pauline Burke, also dealer principal at JJ Burke as well as Donnacha Ó Murchú, one of TG4’s weather presenters. The partnership is between TG4 and JJ Burke Peugeot is due to run for three years and follows the announcement in January of Peugeot Ireland’s three-year partnership with Dublin GAA to supply vans and cars for use by players and teams across all four senior codes - hurling, football, camogie and ladies’ football.