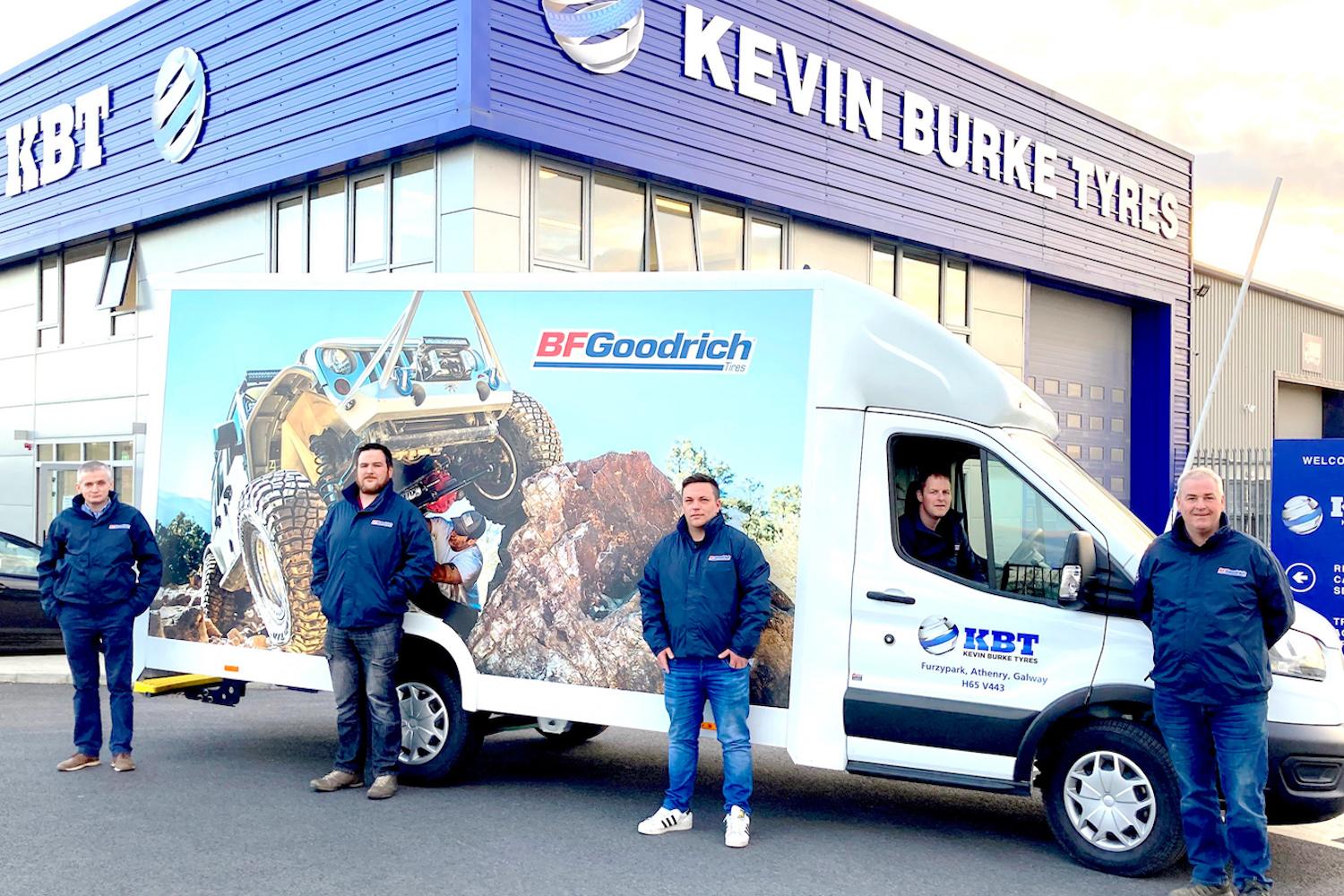 The three-year deal will see KBT distribute BF Goodrich products to tyre fitters all over Ireland until mi-2024, with an option to extend the deal by a further two years.

Athenry-based KBT will supply all of Goodrich's products across its car, van, 4x4, and SUV lines, and will offer next-day delivery thanks to its own fleet of KBT-branded vehicles. KBT already supplies tyres to some 40 fitters, nationwide, and is hoping to grow that number thanks to significant investments in stock.

Commenting, Kevin Burke, Managing Director of KBT, says: "Demand has been incredibly strong in recent months. The 4x4 ranges literally sell themselves, such is their reputation in the market. Plus, we are finding that once a customer has fitted BFGoodrich, they won't have anything else on their vehicles."

KBT was established in 1995, originally as a tyre fitter and supplier for the local Galway area, but expanded in 2019 with a move to purpose-built premises in Athenry. Meanwhile, the BFGoodrich brand is widely recognised as a world leader in off-road tyres, having first started manufacturing in Akron, Ohio, in 1870.