Should we revitalise loved car names? 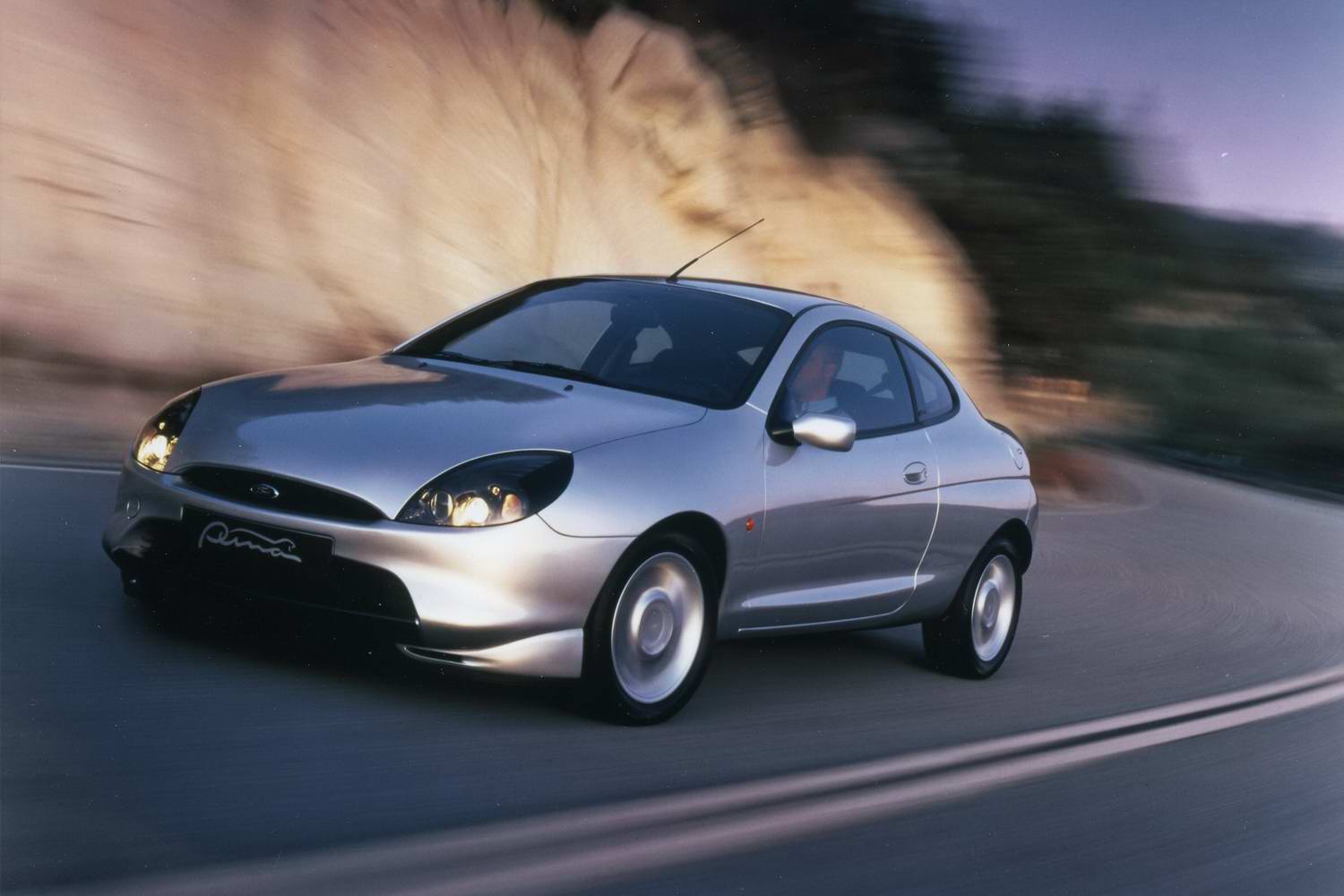 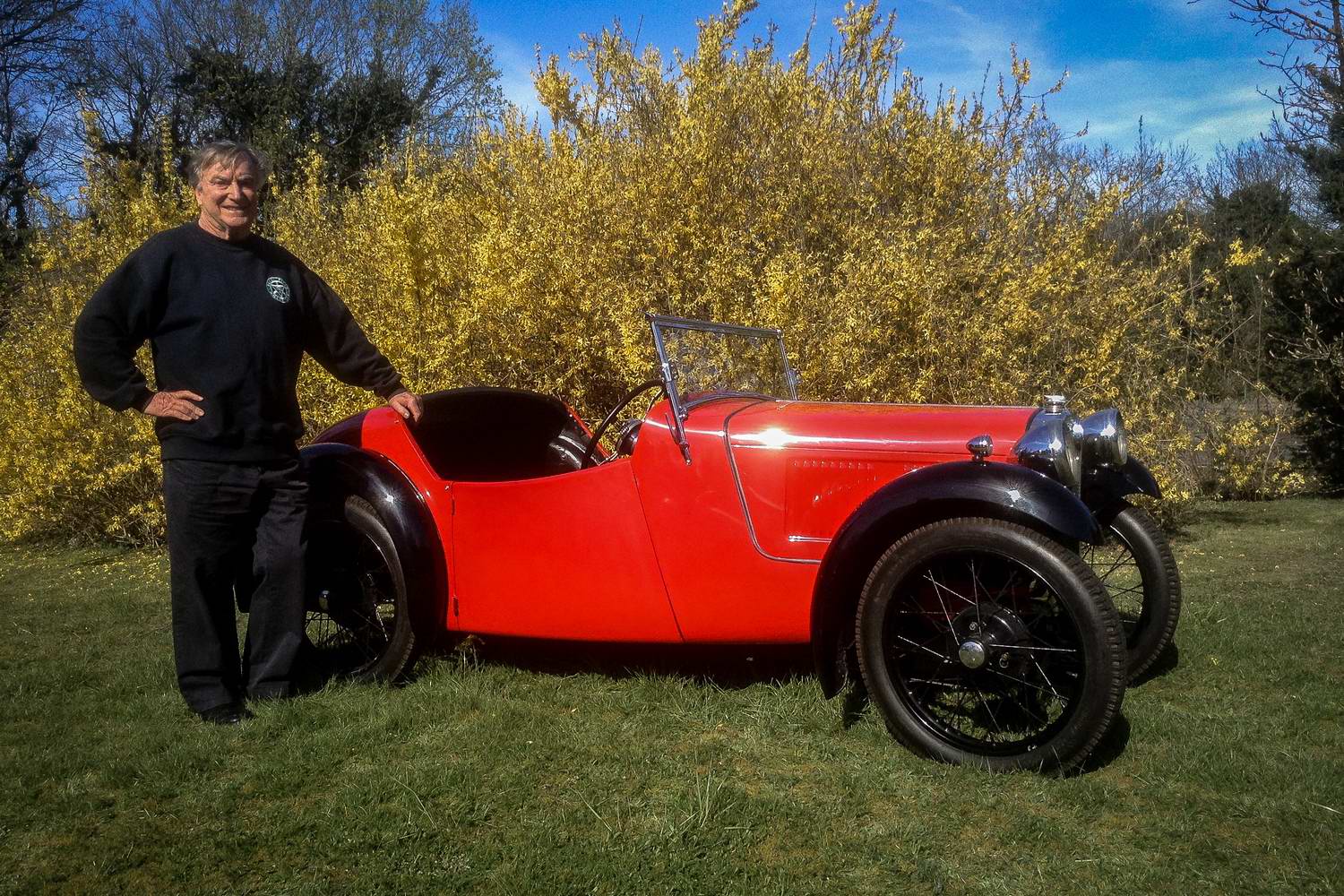 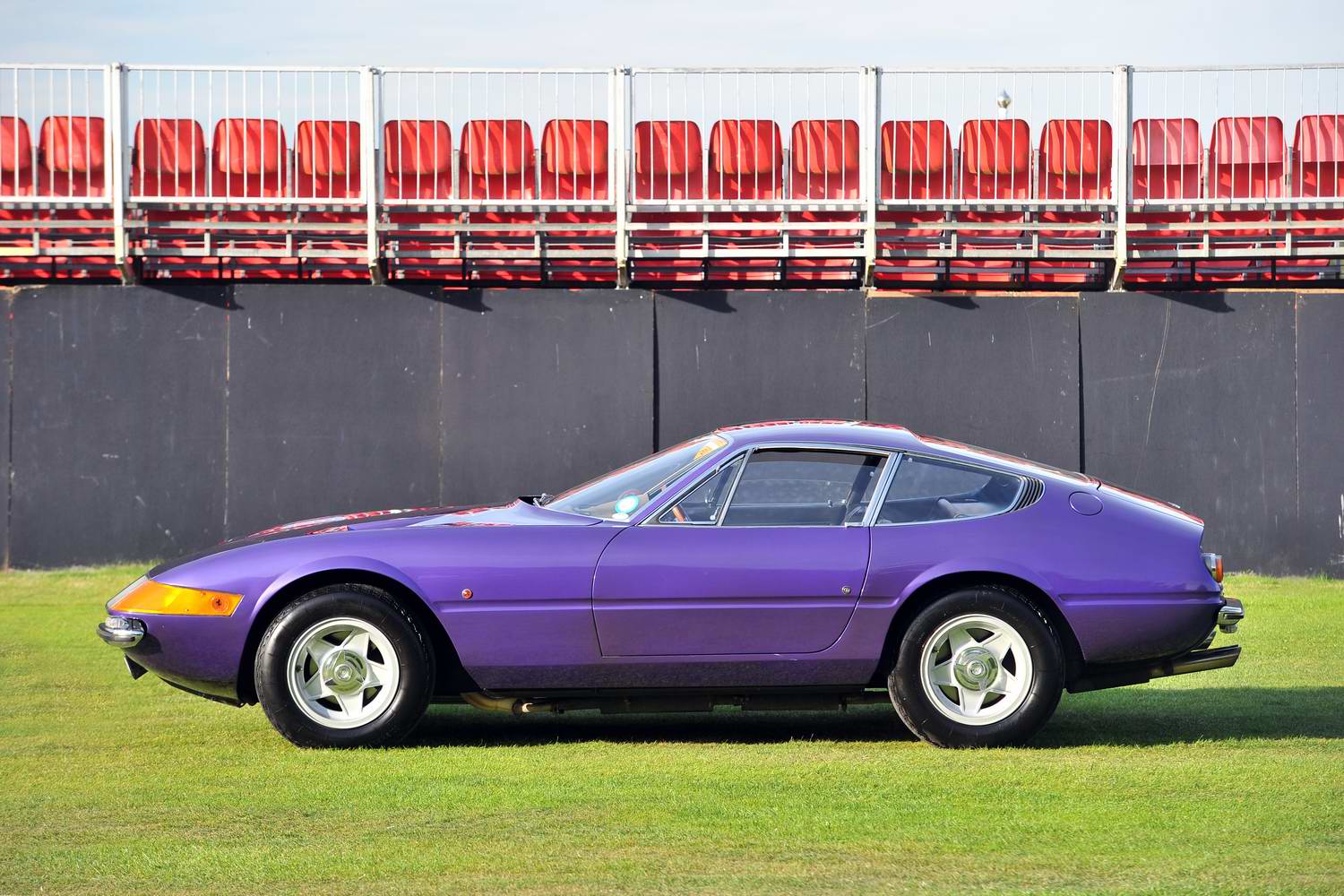 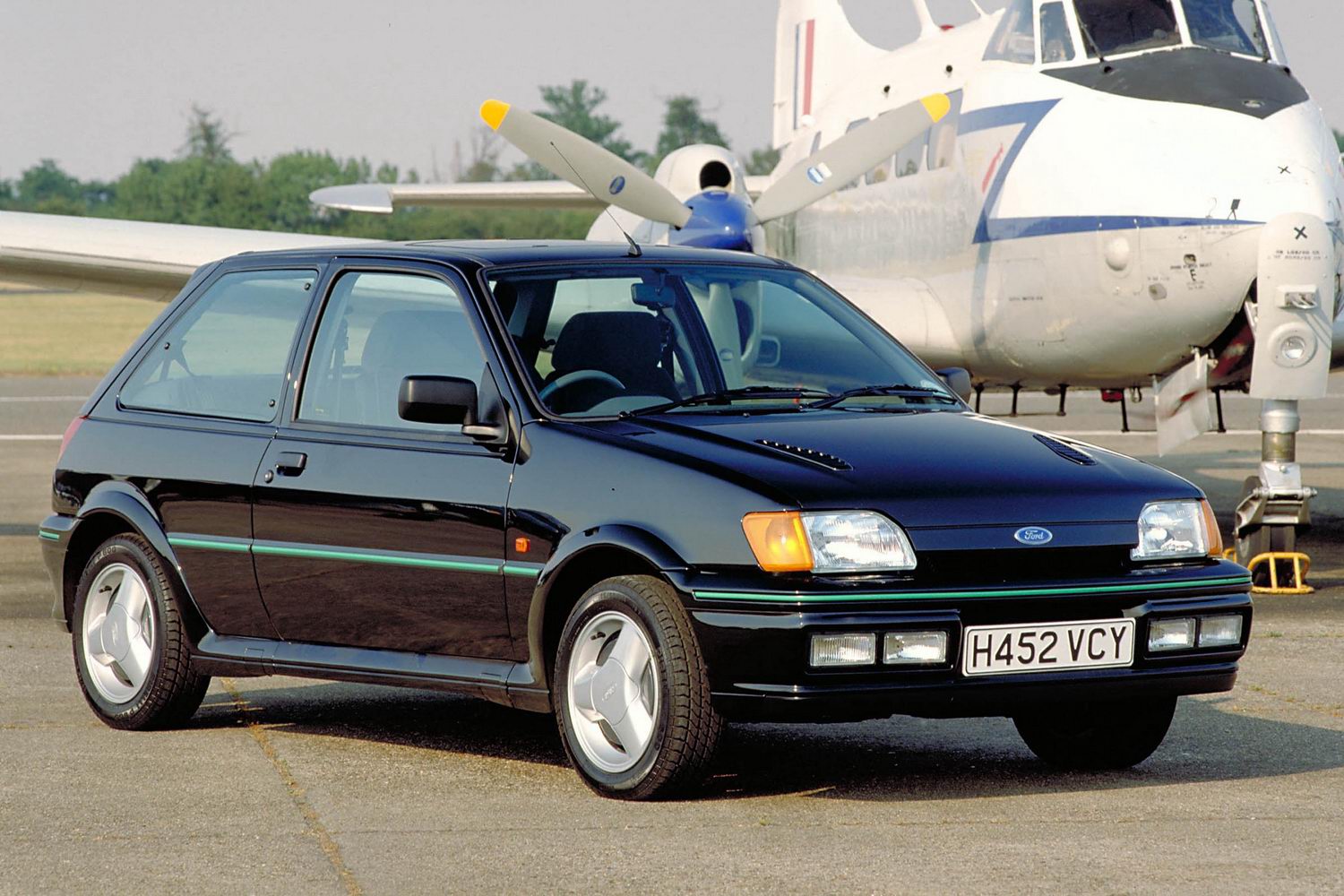 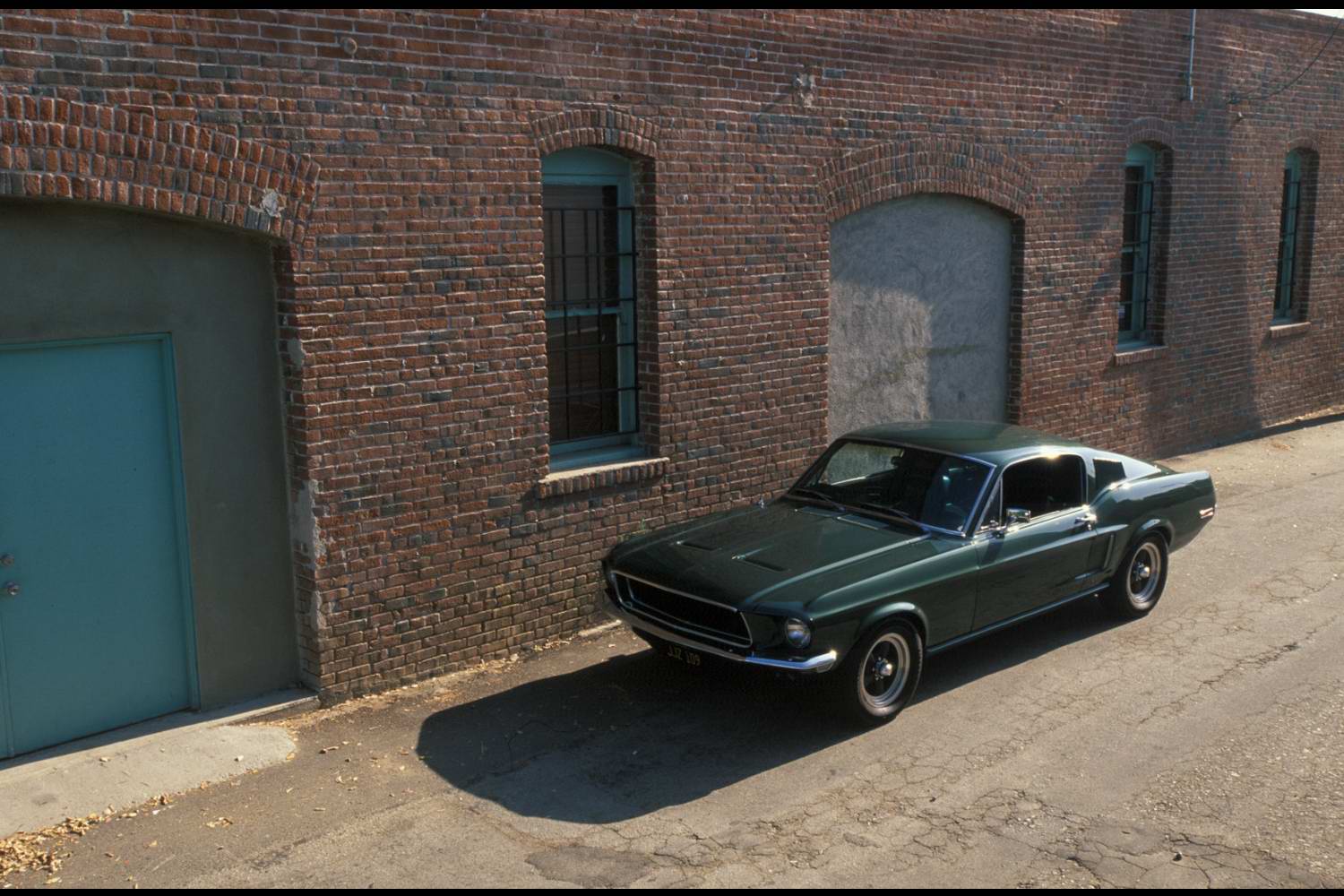 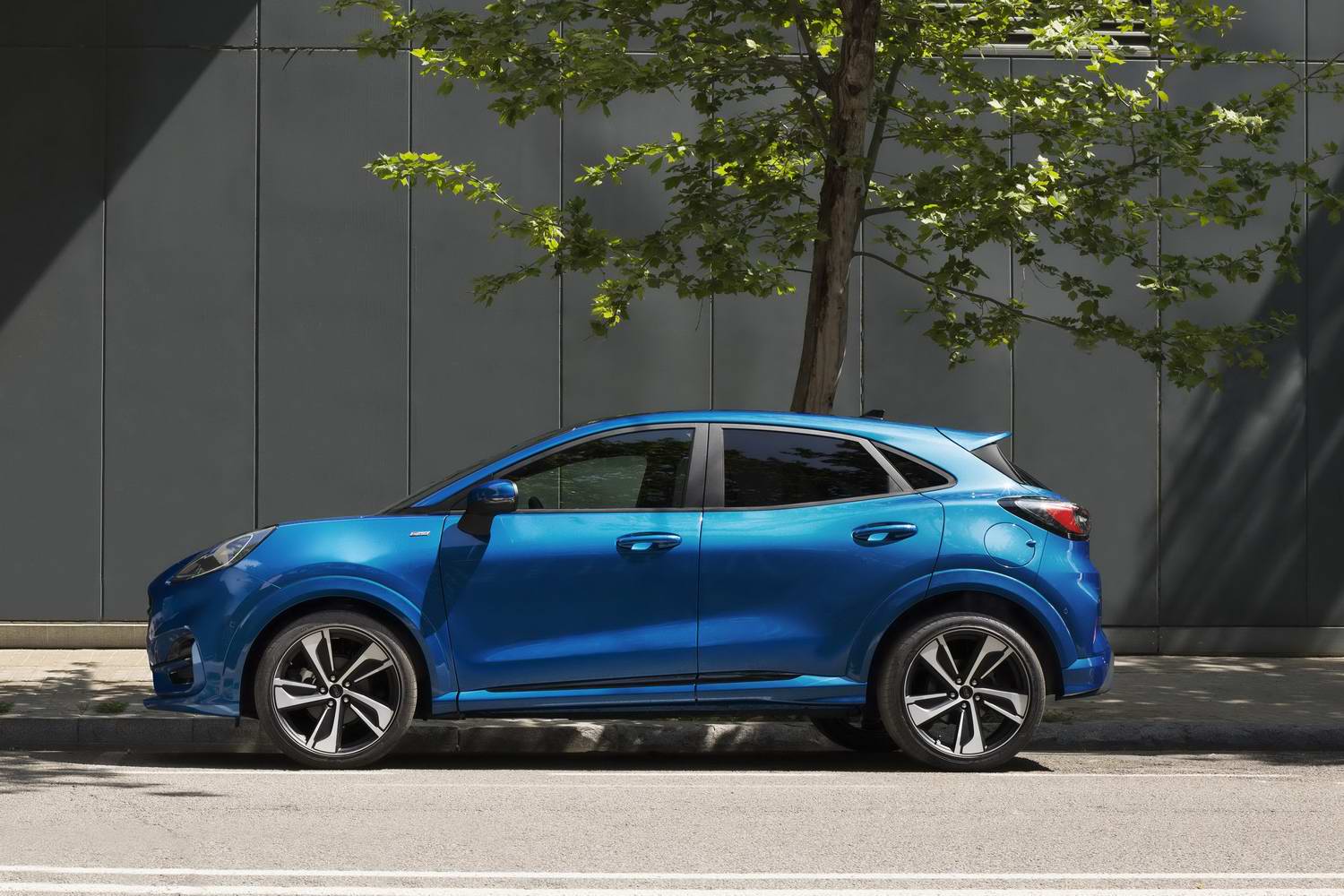 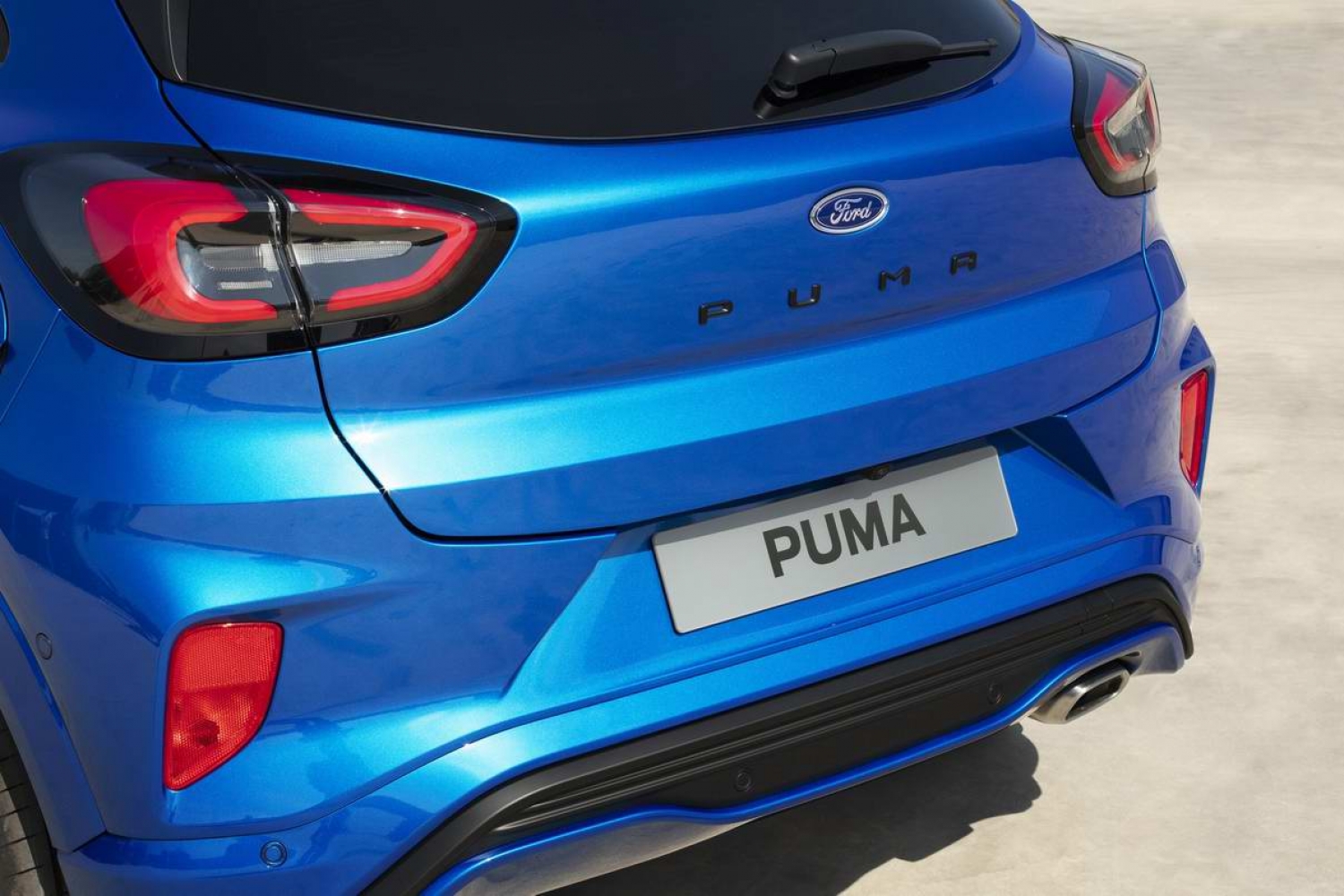 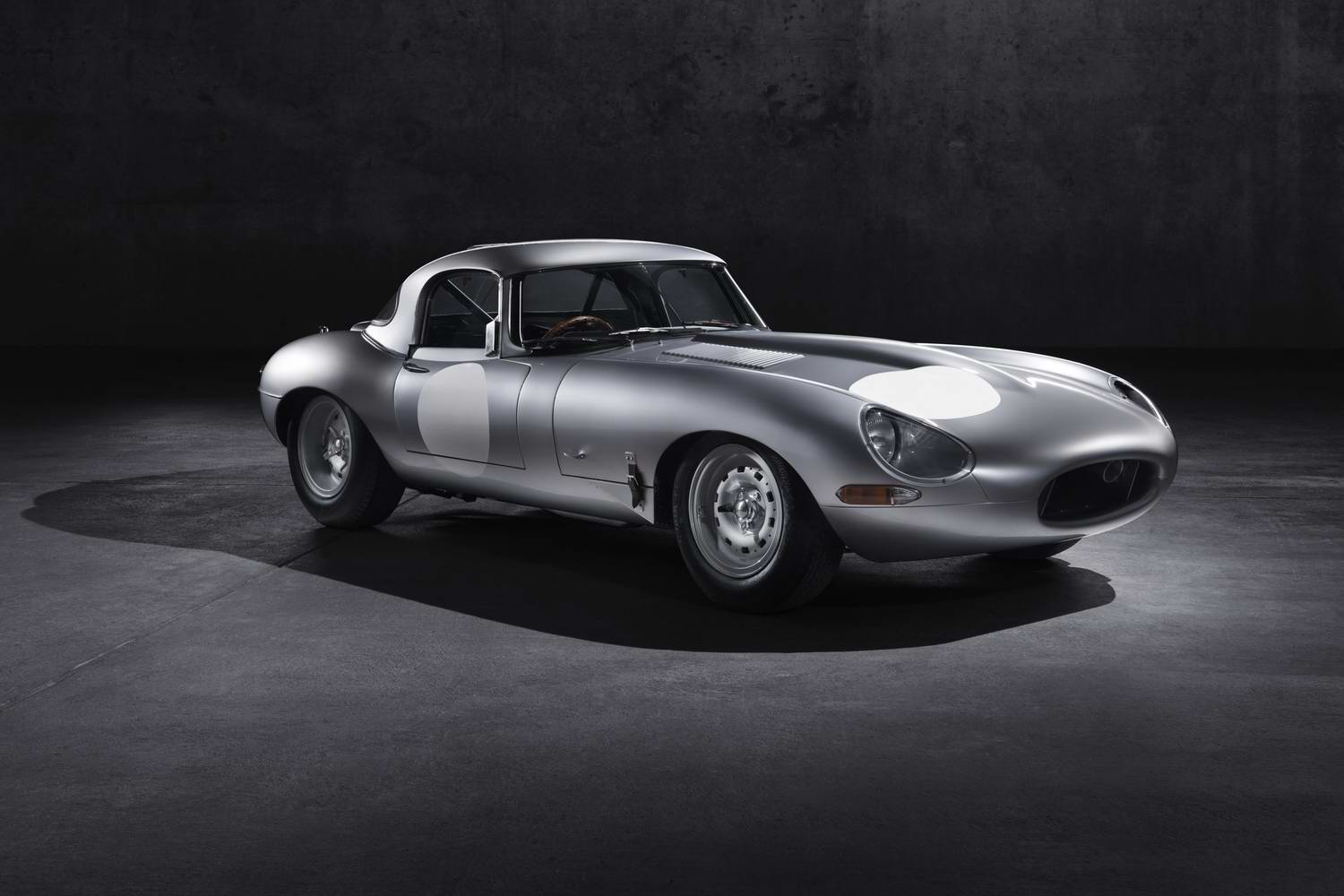 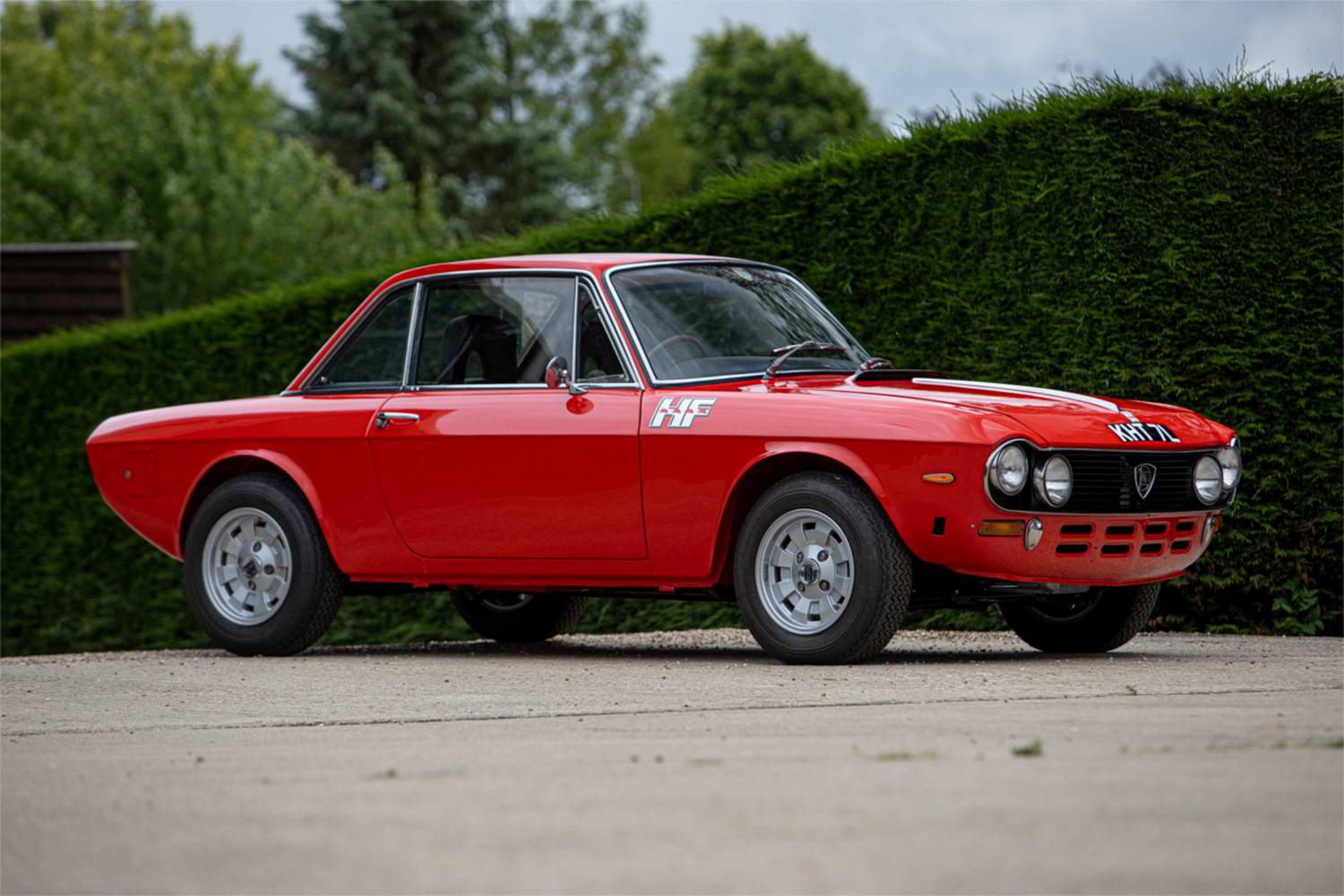 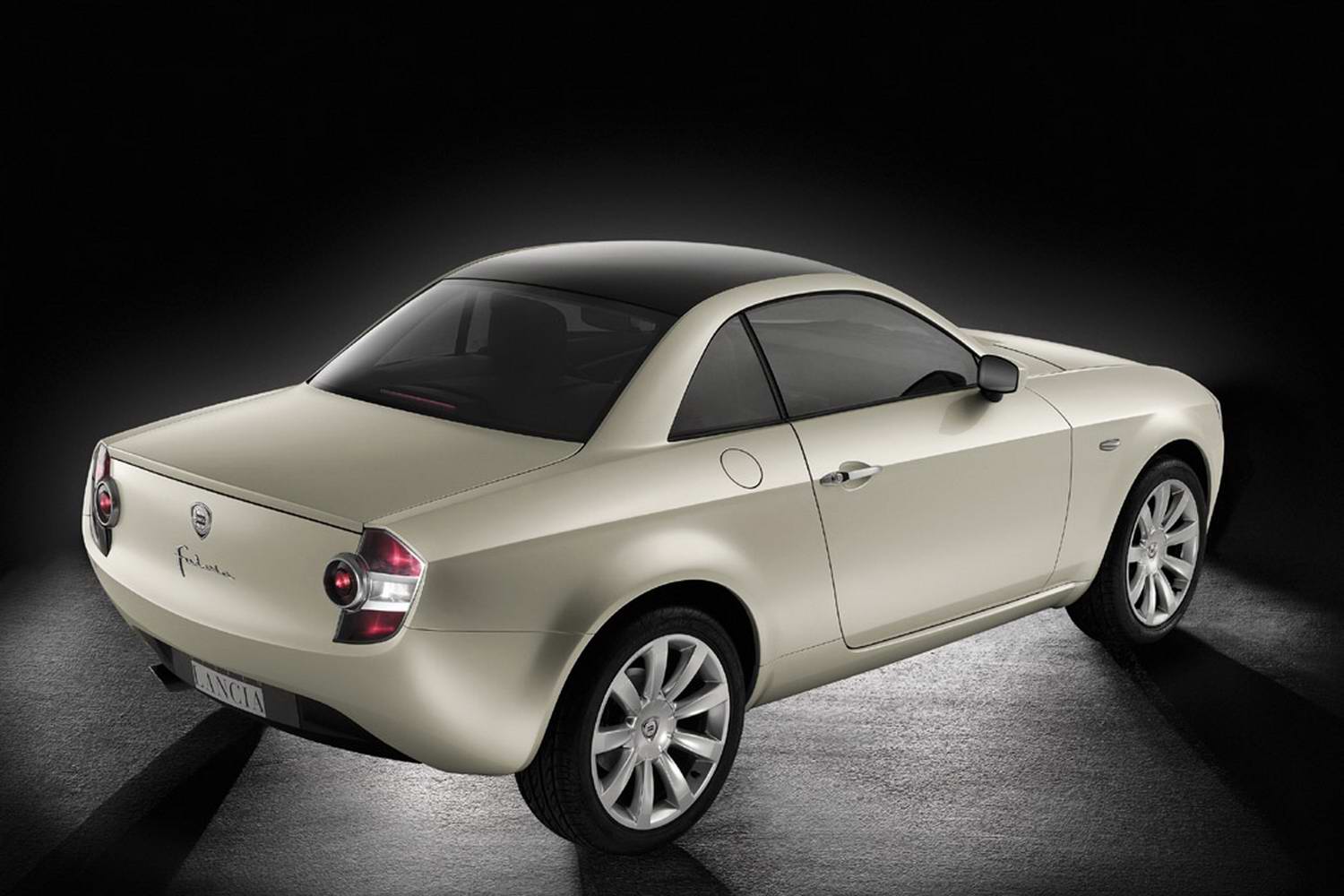 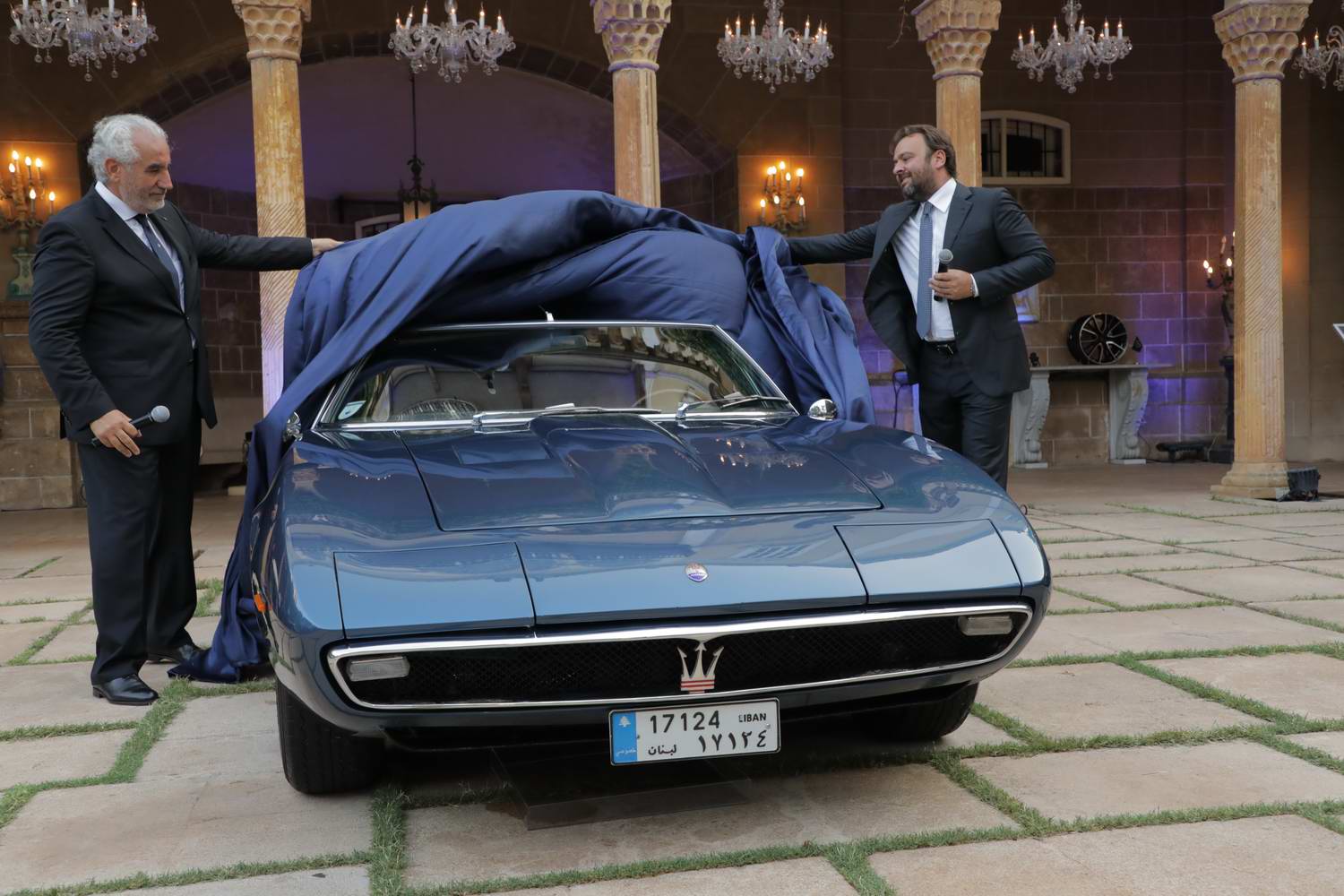 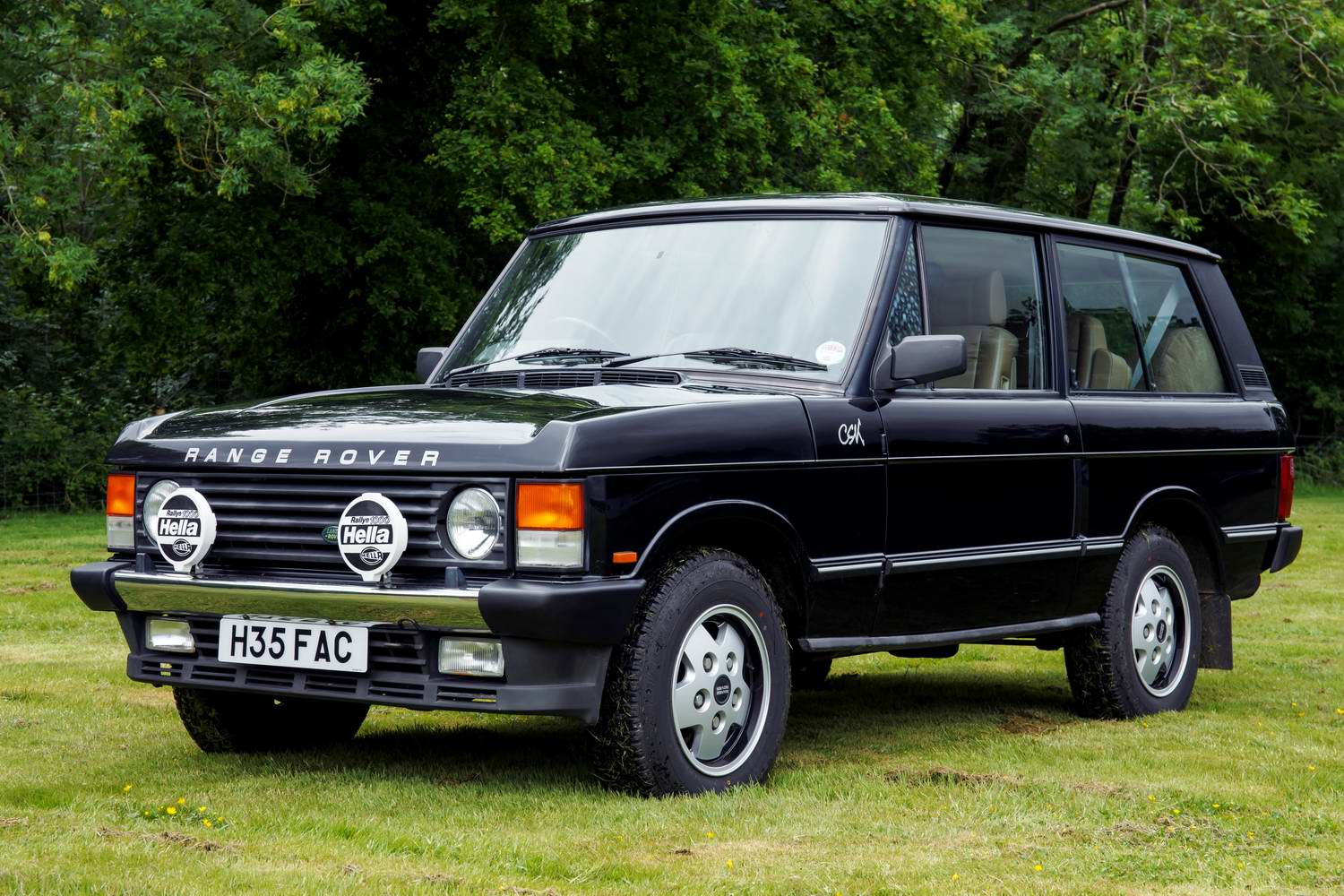 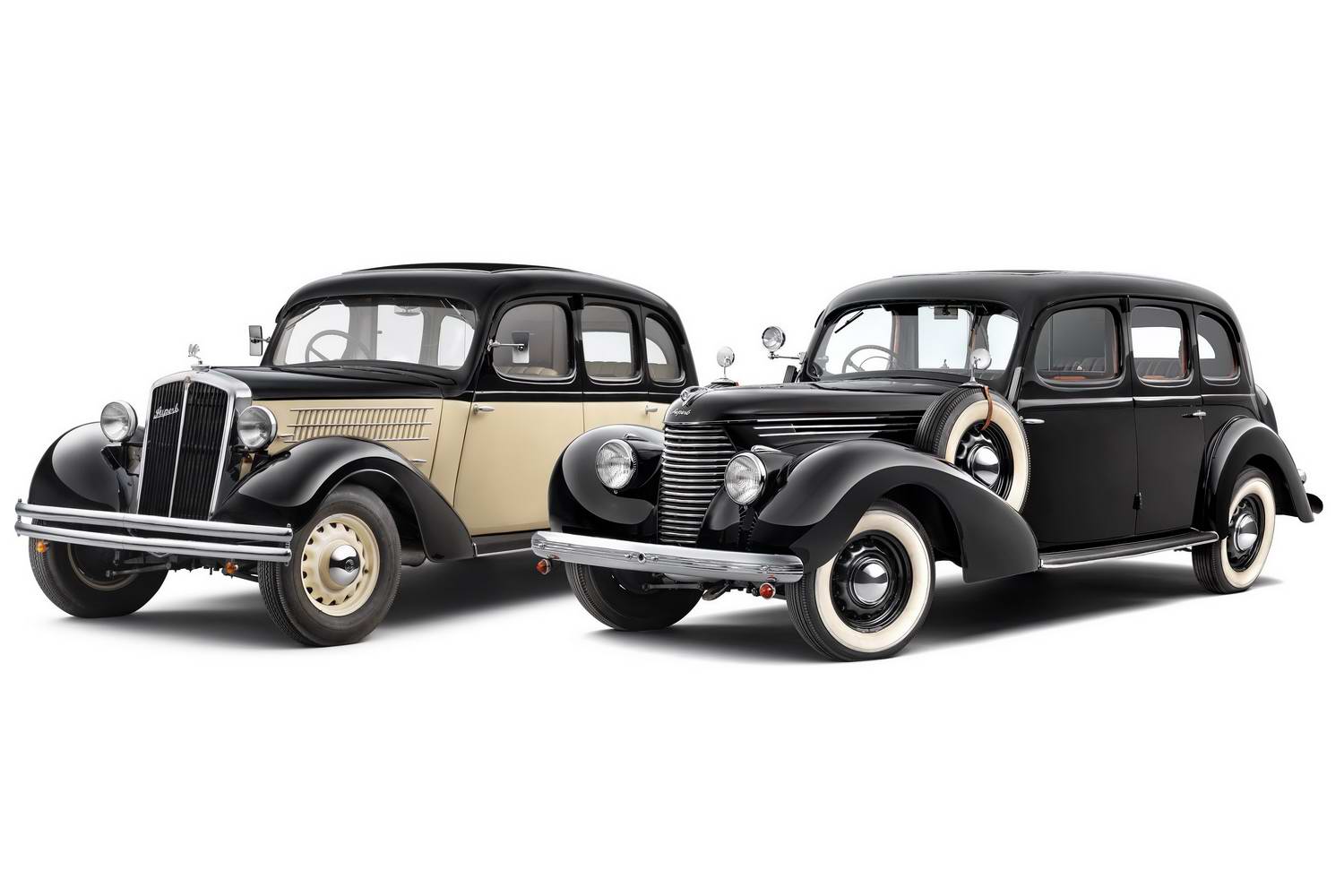 Bringing back car names from the past is no crime, but maybe there are a few that shouldn’t be revived.

The launch of the new Ford Puma has caused some, let's say 'consternation' amongst certain groups. Usually the type of group that gathers in a dim and distant corner of Twitter to complain about women starring in Ghostbusters or why Mars Bars are smaller than they were when we were kids (hint: your hand was smaller).

This time the made-up controversy is over the re-use of the Puma name on a car that's, technically speaking, a frumpy, lumpy crossover. The problem seems to be, for some people, that the Puma name belongs on a sleek and slick coupe, one manly and cool enough to have been driven by Steve McQueen.

Right, let's put all that to bed, first. I loved the original Puma, but let's not forget (and the cheap-o cabin certainly wouldn't let you do so) that it was a jumped-up Fiesta. A fun and frolicsome jumped-up Fiesta, but a Fiesta, nonetheless. Still think McQueen would have driven one? Actually, forget that last question - Steve McQueen was, for all his King of Cool image, a drug addict, a wife-beater and a philanderer, so maybe he's not the ideal role model. You should ask yourself if Paul Newman (a better actor and a better racing driver) would have driven either Puma. And he probably would have - Newman could recognise an affordable, fun car when he saw one. He even used to race dinky little Datsun 510s.

Anyway, car companies have been at this for decades. Reusing old names is a classic trope, and it's generally used in a hand-waving way to try and give a new model a little more heritage than it deserves. And Ford resurrecting the Puma name is far from the worst example. Did you know that Dodge once recycled the classic Daytona badge, not on a wonderful, sexy muscle car, but on a desperately awful front-drive turbo hatchback from 1984? Orwell should have seen that one coming. The Mustang and Capri names have likewise been glued onto the backs of some deeply undeserving cars. Vauxhall tried reviving the Viva name a couple of years ago on the tiny city car that was sold here as an Opel Karl, which at least wasn't terrible (and arguably better than the original). Even the original Mini got in on the act - that was first sold as an Austin 7, a throwback to Austin's ground-breaking affordable car from the 1920s.

Actually, Skoda has some form in this game too, diving as far back as the 1950s and 1920s to bring back the Octavia and Superb badges, although its task was made much easier by the fact that hardly anyone in Ireland (or anywhere else) would have heard of the originals. Maserati has had three Ghiblis, Ford (again) two Galaxies and Mercedes currently has three models called AMG GT (just one is a five-door fastback, the others a two-door coupe and roadster).

All this name recycling got me thinking. As you may have noticed, if you're a regular reader, I'm a bit of a cinema buff. One of my weekly habits is to listen to the Empire Magazine podcast while driving around, and on that podcast the presenters were recently given a challenge; being as Hollywood likes nothing better than a reboot or remake, on what films would they slap the equivalent of a building preservation order? What should never be remade because it was perfect the first time around?

Not surprisingly, such classics as Jaws and The Godfather came quickly to mind, and it made me wonder if there is such a thing as a car equivalent. Is there anything in car makers' back catalogues that just shouldn't be touched?  One that comes to mind is another Daytona - Ferrari's, not Dodge's. The 365GTB/4 was never officially called Daytona, but the name stuck to the shark-nosed car like glue, and while that was far from a perfect car in a strictly mechanical sense, I do think that maybe that one should be held sacrosanct.

While Land Rover has continued to make the Range Rover, with its name unchanged since 1970, there was one special version, made in the 1990s, that I think shouldn't be revived. The Range Rover CSK (for Charles Spencer King, the man who designed the original) was a perfect fusion of the three-door Range Rover body (still one of the prettiest cars ever) with a new V8 engine and suspension fitted with anti-roll bars. Land Rover has been keen on a revived name in recent years (Velar was the original Range Rover's disguise name, while the car was still a prototype), but I think CSK should be left, retired, in perfection.

I'm sure Jaguar will be tempted, in the coming years, to bring back the E-Type badge, not least because it will so perfectly suit a new electric model, but it should resist. Calling that dumpy little hatchback an E-Pace was egregious enough, but please don't ruin it all by trying to make a new E-Type.

Equally, the 'new' MG (now fully a Chinese operation) has resurrected the ZS badge for a mid-sized crossover with an electric option. Now, the original 2001 MG ZS saloon was a long way from being an especially good car, but I will defend it to my last as a source of mildly insane enjoyment and rubbish-suspension-ed fun. Now it's stuck to the back of just another SUV that looks as if someone badly photocopied a first-gen Mazda CX-5. In the dark. I still reckon MINI should have brought back the Maxi name for its XXL Countryman and, given that Fisker Automotive has already created cars called Surf and Ocean, surely it's not long before we see the Fisker Marina?

This game gets a little harder when it comes to specific designations. After all, I don't want Ford to stop using the RS badge, nor BMW its M, but let's face it, there have been some vehicular abominations to which those hallowed badges have been attached. Fiesta RS Turbo anyone? X6 M? Eurgh.

That does raise an intriguing question, though. While you might easily suggest several more model names that should be left well enough alone for posterity, are there perhaps some that were originally awful, but which now deserve a trot-out on something good? I quite fancy Opel having another go at a Meriva - bring back the small MPV but make it sleeker and sexier, somehow. Nissan should definitely bring back the 510S, preferably on the back of a productionised version of the IDx concept. Oh, and Lancia - if new owner PSA Group is going to keep it going - should definitely bring back a Fulvia, maybe as an all-electric four-door coupe based on the Peugeot 208 chassis?

See? There's no need to fear the recycled badge. No-one's destroying your childhood. The fact that there's a new one with the same name doesn't devalue nor destroy your happy memories of the original. Relax.

Just as long as no-one tries to revive the Allegro. That couldn't possibly end well.