Video break: Daytona in the rain 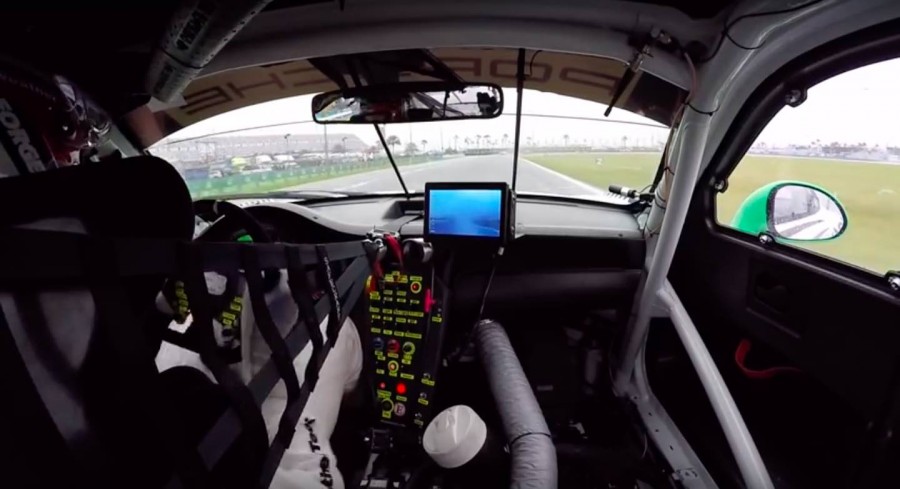 In racing, rain is the ultimate equaliser.

In racing, rain is the ultimate equaliser. Some people abhor it, some adore it. If Ayrton Senna opened his curtains on the morning of a race and saw rain, in his head, he'd already won. Gilles Villeneuve once went eleven seconds a lap quicker than anyone at a sodden Watkins Glen. Eleven.

For this particular video break, we're strapped in with Leh Keen during a very wet qualifying session for the 2016 Rolex 24 Hours of Daytona. You'd like Leh. He's got quite the collection of cool machinery at home, which includes an ex-works Subaru Impreza WRC, as well as a litany of Porsche 911s, some of which he takes off-road.

Daytona in this layout is a strange mixture of slow, technical infield, interspersed with some short straights and that fearsome banking. Standing at over three stories high and raked at 31 degrees, it looms like a tidal wave on approach. Does that phase Leh? So far as we can surmise, nothing does.

It's hard to beat a racing 911 for noise, and this car boasts one of the most motorsport-y symphonies you'll ever hear, as the flat-six wail competes with the whining and chuntering transmission for aural attention. The track is soaked, the rear-view screen on the dash showing little apart from the rooster tail of spray shooting up behind the Porsche. Leh's gentle, minimal steering inputs on the banking are in sharp contrast to the constant corrections he's having to make on the infield, as kinks that are easy-flat in the dry become luridly challenging in the wet.

His lines are especially worth taking note of. See how he avoids the usual, rubber-covered (and therefore super-slippery) dry line, instead choosing to seek grip on the outside? That's something to remember the next time you're karting in the wet. The shift lights on the dash flicker, pleading for the next gear, while amber lights on the dashboard alert Leh of a locked wheel under braking, something that can sometimes be hard to detect. No panic here though. Driving to the limit of traction and beyond on every lap, Keen passes other cars as if they're going backwards. This is a pure masterclass.