The Automotive Stars of CES 2018 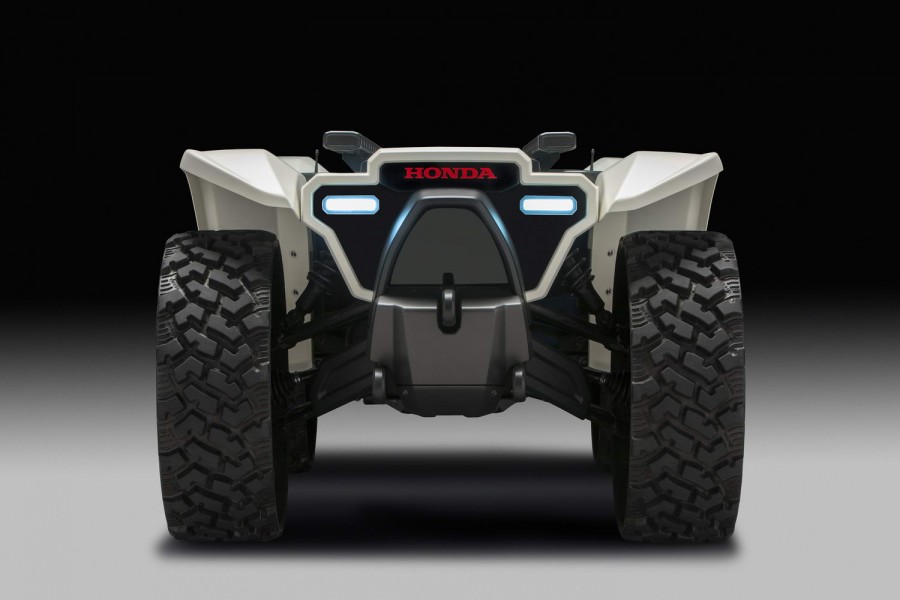 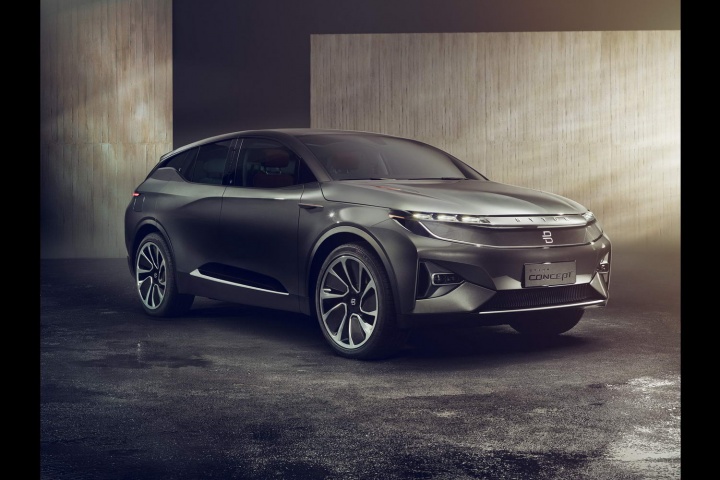 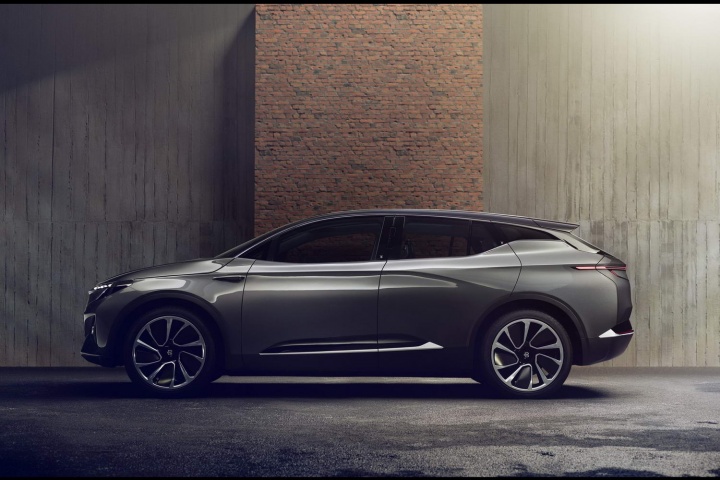 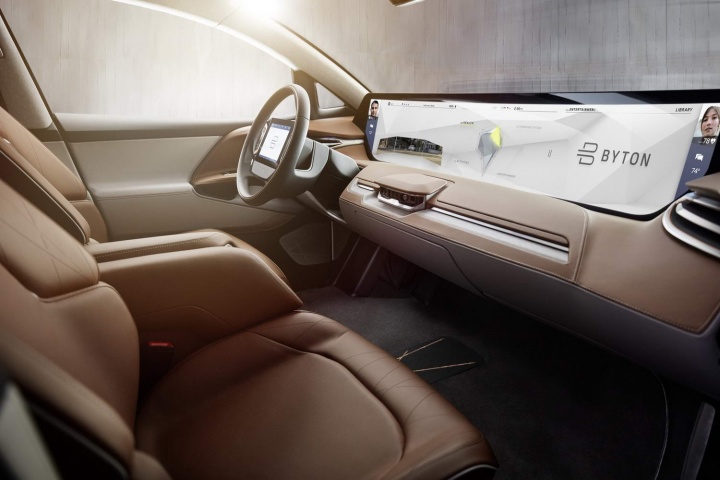 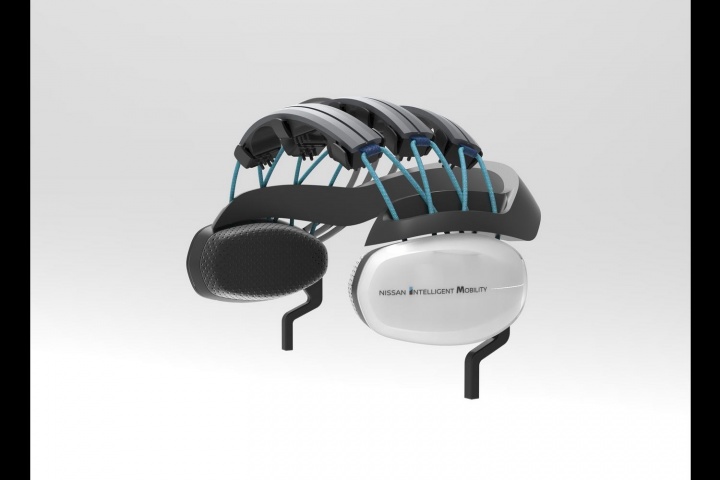 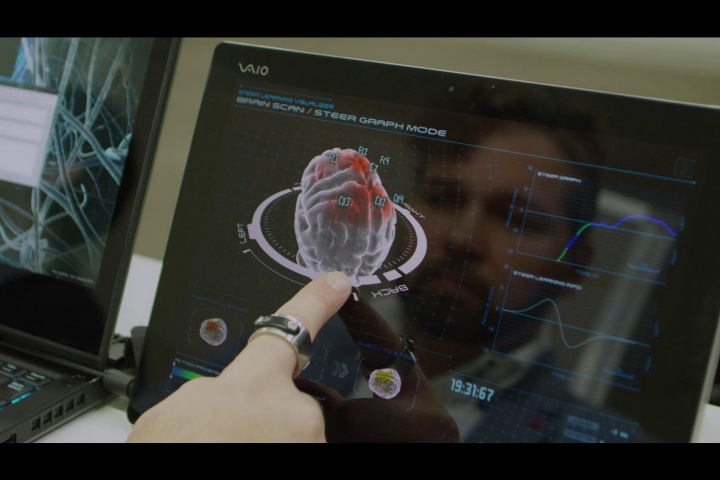 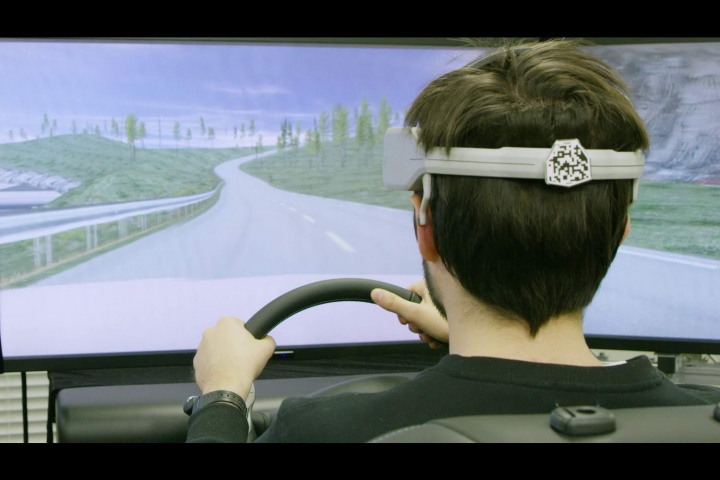 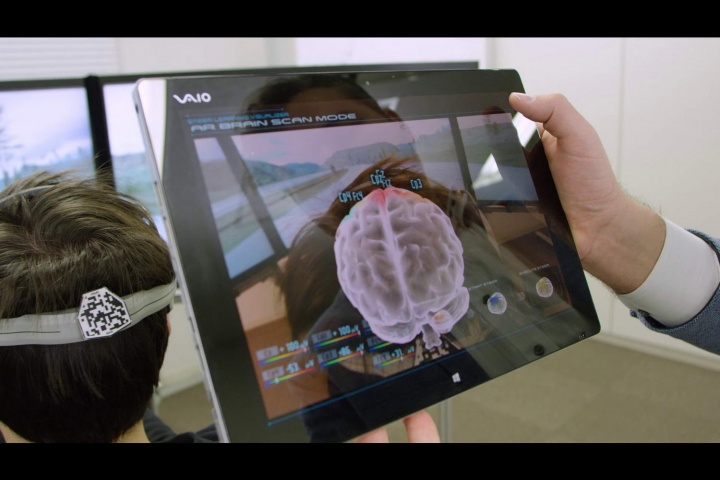 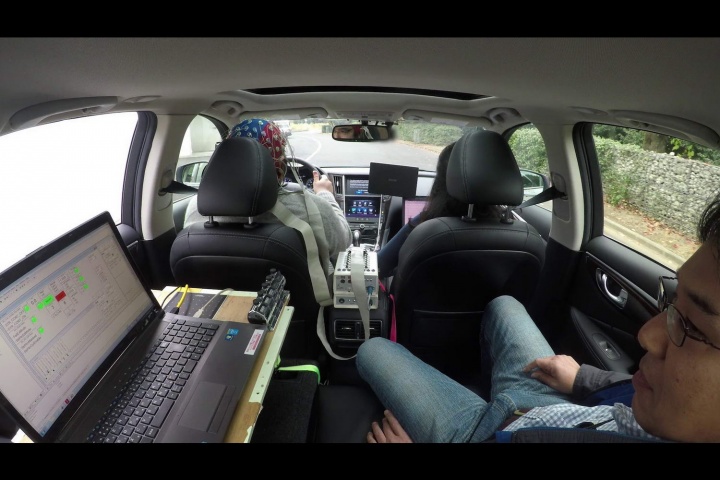 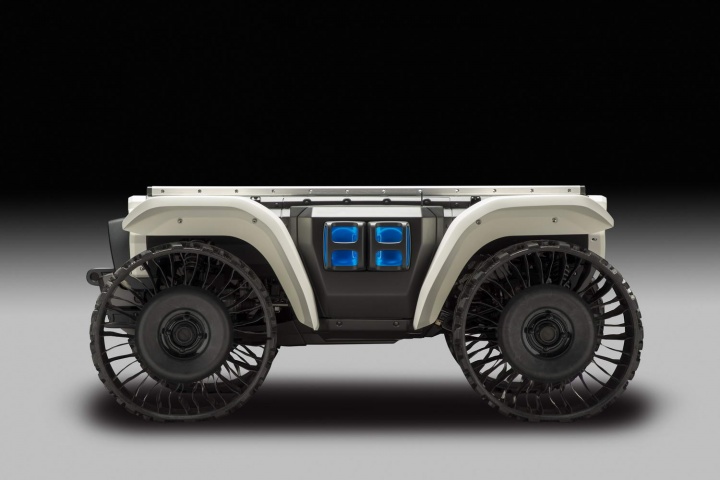 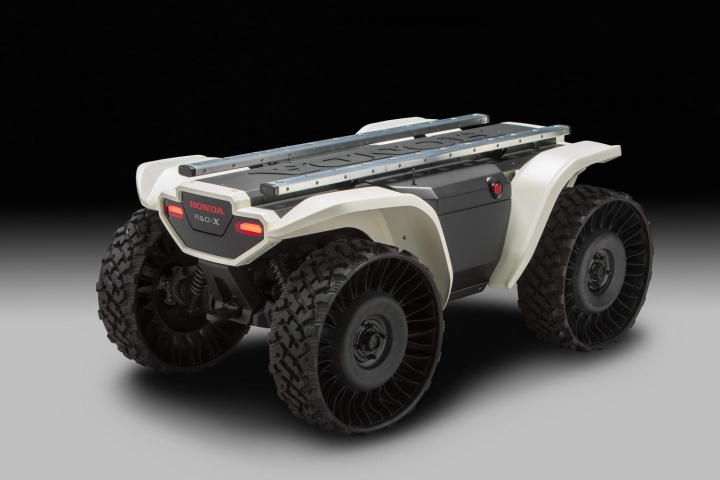 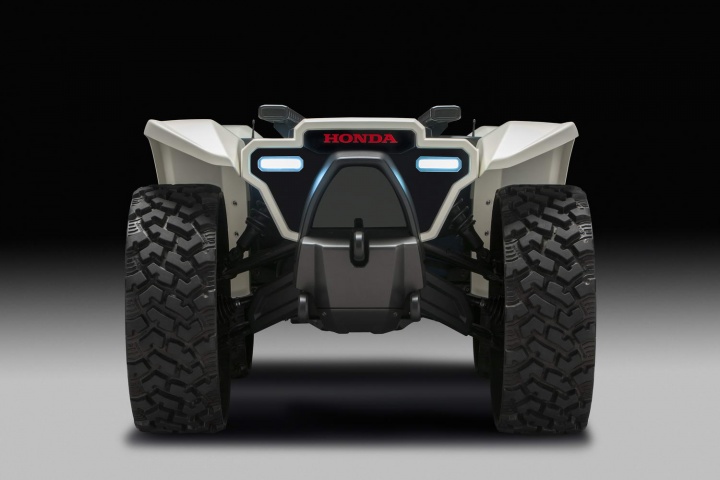 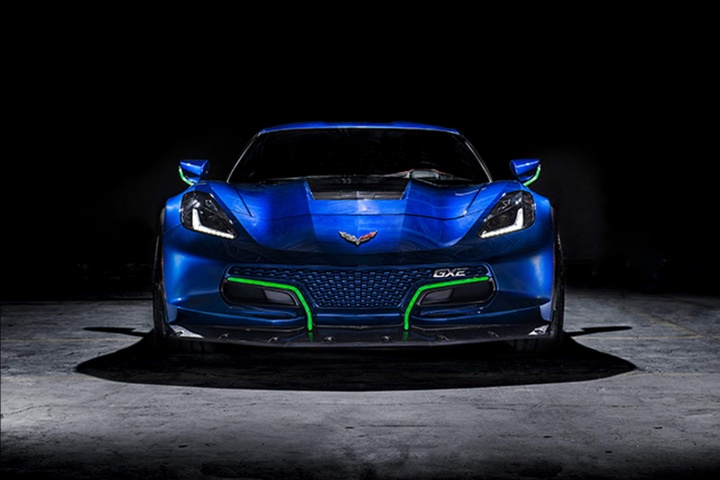 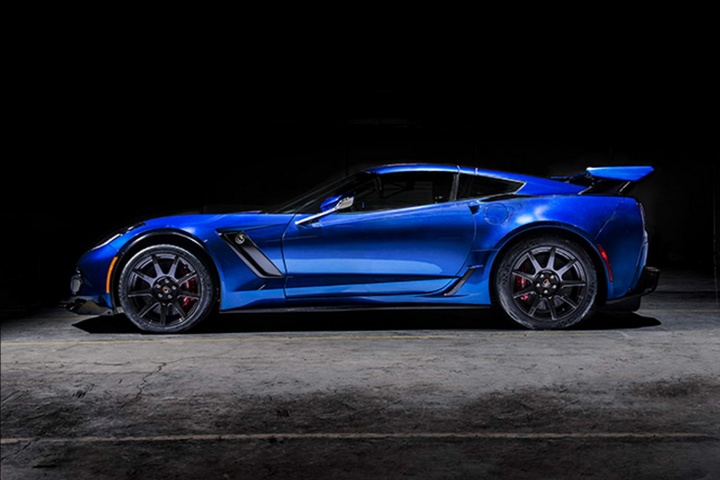 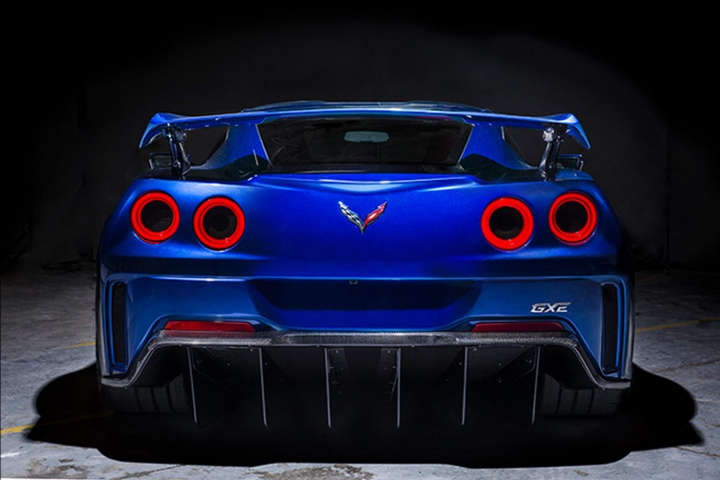 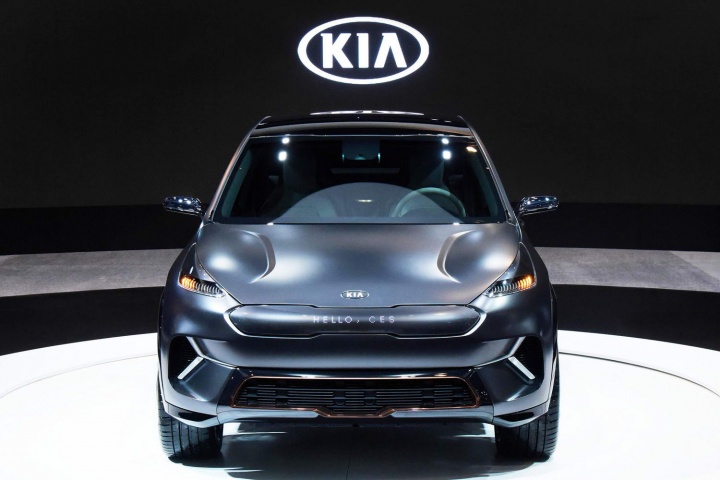 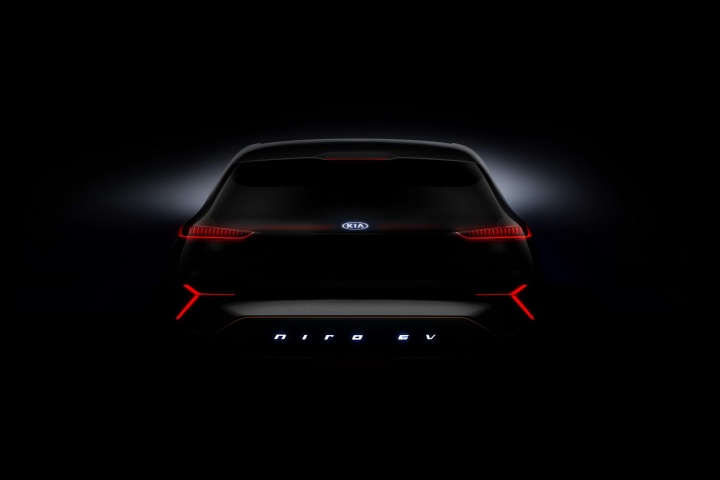 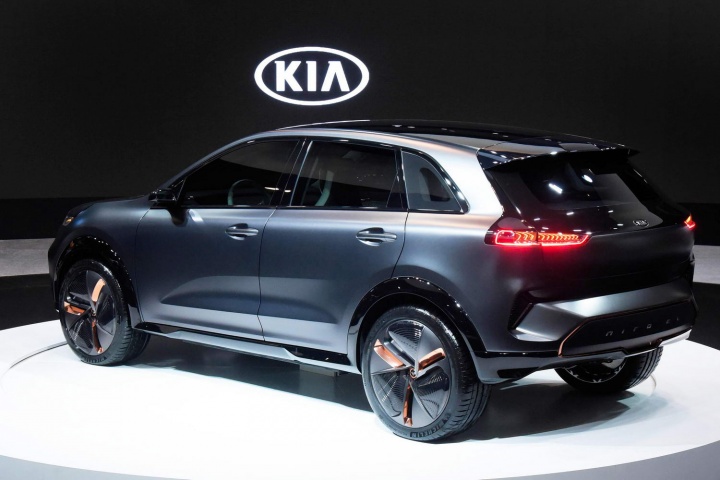 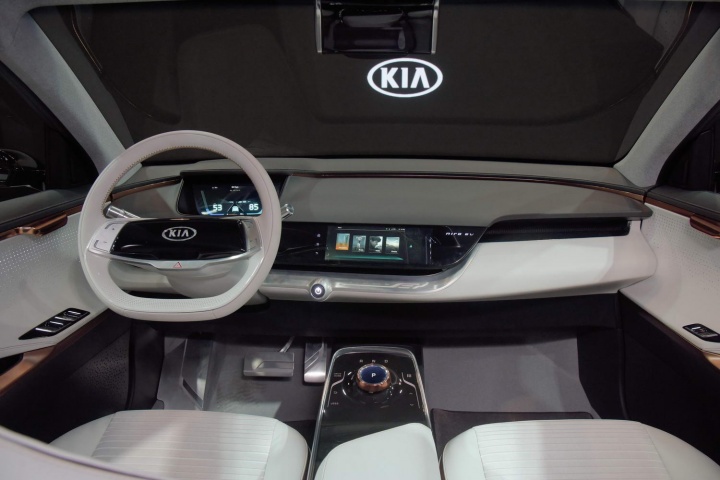 Here are the top five automotive tech stars from this year's Consumer Electronics Show (CES) in the USA.

The 2018 Consumer Electronics Show in Las Vegas has just wrapped up and this year it brought us very little in the way of surprises. There were a couple of big TVs from LG and Samsung (which were mightily impressive), some new earphones from Sony (which were not) and some development in the field of "smart kitchens", which, even to us technophobes, sounds rather exciting. Considering that these days, cars are a bit more than just mechanical parts, it's no surprise that motor manufacturers are now using CES as a showcase for their high-tech futures, especially in the line of battery technology, driver autonomy and greater connectivity. This year was no exception with a host of major and not-so-major companies turning up to show off the very latest in what they believe the future of the automobile looks like. As always, there were some standouts that caught our attention and here we look at five automotive stars of CES 2018.

Honda has been developing robots since 1986 and All-Terrain Vehicles (ATVs) since 1970 so it's inevitable that it would finally combine the two. Revealing its new range of four 3E (Empower, Experience, Empathy) robots, the 3E-D18 autonomous quad-bike seems to have the most realistic chance of making it into the real world in the not-too-distant future.

The D18 is designed to be a rugged vehicle for the kinds of work that humans either can't or don't want to do, for example carrying builder's tools or particularly mundane agricultural jobs. This means that, with any number of potential attachments, like a snow-plough or a crop-sprayer, it could have a myriad of useful functions. Based on Honda's current ATV platform, its nigh-on indestructible tyres and four-wheel drive mean it will be able to keep going on most terrain.

Powering the D18 is Honda's Mobile Power Pack battery, which is light, powerful and can be combined or 'daisy-chained' together with other batteries to give either more power or longer operation. The Mobile Power Pack also powers the other robots in the 3E range, which look to be taking over where Honda's beloved robot ASIMO left off. The C18, essentially a friendly robotic trolley, is apparently intended to observe human behaviour so it can learn to operate autonomously and do things like carry shopping or even operate as a food stand. The other robots in the range include the B18, a mobility aid and the A18, a cute stationary "companion" robot with a rubber, skin-like exterior (which you can hug) and the ability to communicate using simple facial expressions. It's all very kawaii.

But why the need for all this? Well, it's apparently a lot more noble than just a technical exercise. Japan's population is rapidly ageing and Honda sees the future as being a robotic one with teams of robots assisting people in their everyday lives.

Faraday Future, the Chinese EV start-up that was billed as the next big thing with its Tesla Model X rivalling FF-91 concept, seems to be floundering. Cashflow problems, issues with the advanced tech, as well as an engineering brain drain have left it struggling, with its plans to have the FF-91 in customers' driveways by the end of 2018 now looking quite unachievable.

At CES, we saw the emergence of what could either be the next Tesla or the next Faraday Future - Byton. Yes, it's another electric SUV from a Chinese start-up. The projected price of $45,000 (€37,500) seems very attractive and, if grounded in reality, would make it a serious rival to the Model X with its Range Rover-ish tyling and abundance of massive screens. And by massive, I mean 49 inches massive, stretching from one door to the other in front.

The Byton is forecast to go on sale in China in 2019 and worldwide in 2020, the base model supposedly having a range of 400 kilometres between charges. There'll be autonomy too, with the early models going from Level 3 in 2019 to Level 4 by 2020 following a software update. All the usual device connectivity will, of course, be included. If Byton does manage to successfully pull off the dual challenges of getting this car into production in the predicted timeframe and at the predicted price, it still must contend with the fact that no Chinese car has yet made a success of itself it in Western markets. Could Byton be the company to change that?

This one is so sci-fi that it's actually hard to believe. Nissan's R&D division is currently working on technology that will pair the human brain with the car it's ostensibly in control of. It supposedly works using an electroencephalographic (EEG) headset to monitor and record brainwave activity in given driving situations. If you're driving along as normal, the car's computers via the headset recognise that this is a normal situation and they do nothing. If, however, you need to brake suddenly, the headset will recognise the brainwave patterns associated with sudden braking and store them in the car's memory. This means that the next time the EEG headset detects the same kind of brainwaves, it will send a signal to the car to make it brake, saving up to half a second on a driver's physical reaction to the obstacle. This half second could make all the difference between hitting the car in front and avoiding it.

The Brain to Vehicle (B2V) technology was on display at CES, not in a functioning vehicle, but in a simulator. Considering the work that has been done with EEG technology in the field of prosthetics, it's not as farfetched as it seems at first, though one suspects it's still a couple of decades away from perfection.

The Genovation GXE looks like a modified Corvette. That's because it is. By CES standards, this is an old fashioned one. It's not autonomous. You can't control it with your brain. What the Genovation GXE does have, however, is a pair of electric motors producing over 800hp through a seven-speed manual gearbox, which can propel the car to over 350km/h.

Genovation has been going for a few years now. Its previous 'GEE' model held the world, street-legal production EV speed record of 205mph (330km/h), so bigger and faster was really the only way to go. The performance of the GXE is on a par with that of the Croatian Rimac Concept One and one suspects that, given the Corvette underpinnings, this has the potential to be a more useable and reliable electric supercar, although the Rimac does pip it on battery range. Still, a reported range of over 280 kilometres is quite respectable for something like this.

Unfortunately, only 75 GXEs are planned, so if you want one, by this stage, you're probably out of luck and better off going back to the Stone Age with a regular, petrol powered Corvette ZR-1.

Kia showcased a new EV, the Niro, at CES. It doesn't have mad doors and it can't do a million kilometres an hour because that's not what Kias do. The only remarkable thing about the launch of this Niro is that Kia used it to announce its intention to put 5G connectivity into new cars in the near future, just hours after Samsung announced the same thing. Whilst we're not sure exactly when this will happen, the connectivity race is now on between the two Koreans.

The Niro EV is projected to have a range of over 380km. Kia crossovers are already very popular here so a slick, competitively priced electric model that does much to dispel fears about range anxiety will surely convert many. To put that range into perspective, a full charged Kia Niro could, quite easily, get from Dublin to any point in Ireland without the need to recharge, though if I were to test that theory, I'd rather hope that the Mizen Head lighthouse had a charging point. The Niro is not a sci-fi vision of the distant future - it's a very real vision of the very near and very electric future.

Aside from Nissan's B2V work, there was very little at CES this year that really pushed the boundaries of automotive technology beyond what we've seen before. It seems that we're coming close to the limit of what current lithium-ion batteries can do in terms of range. There were whisperings at CES (chiefly from Henrik Fisker, former BMW and Aston Martin designer who appeared with his own new EV project) of being on the threshold of massive breakthroughs in solid-state battery tech, potentially giving EVs a range of well over 600km between charges. Again, to put that into perspective, it means being able to drive from Dublin to Mizen Head and back. These solid state batteries do represent the future of battery technology and mark the easy way for companies and countries to achieve their goals of phasing out petrol and diesel cars in the coming decades.