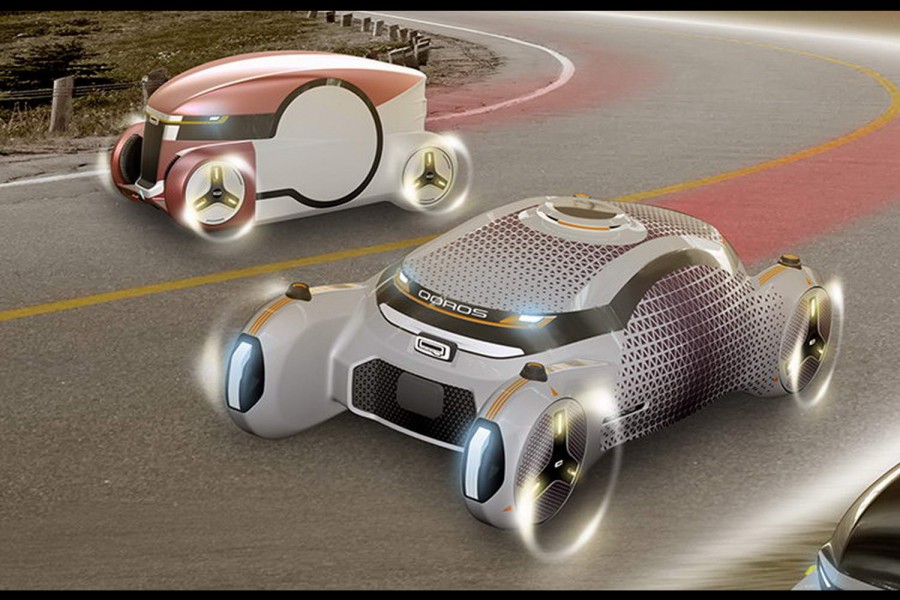 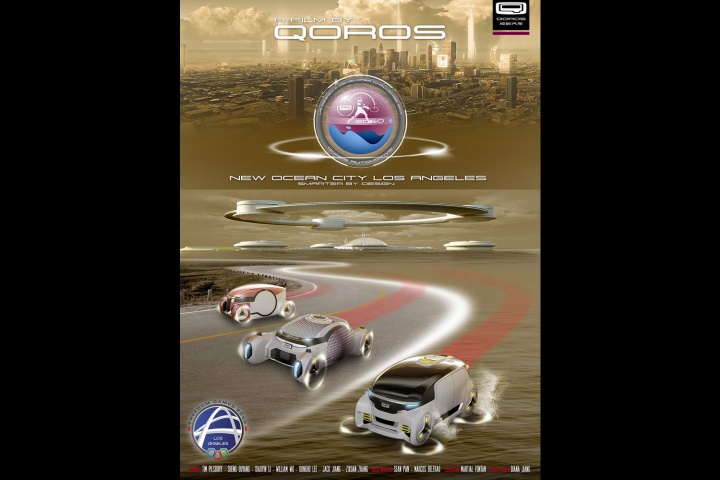 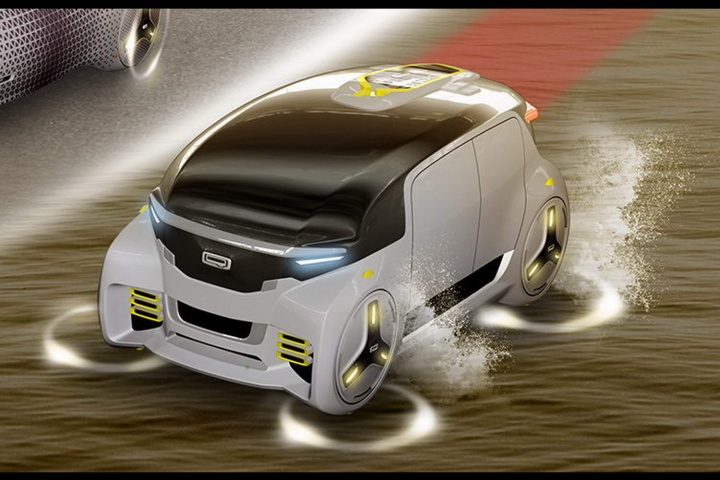 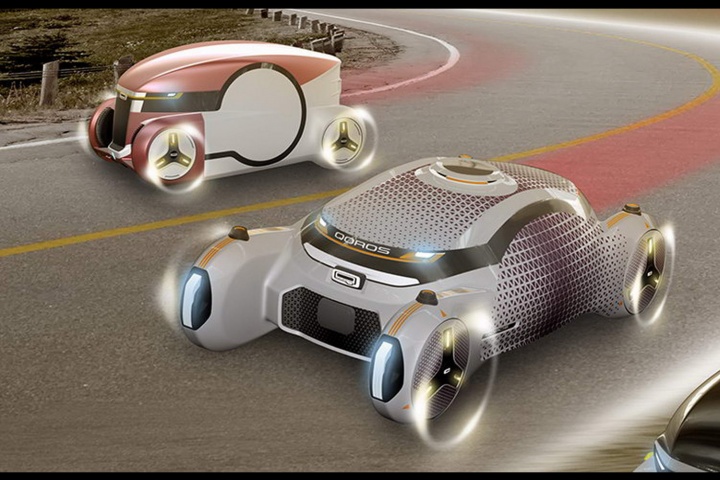 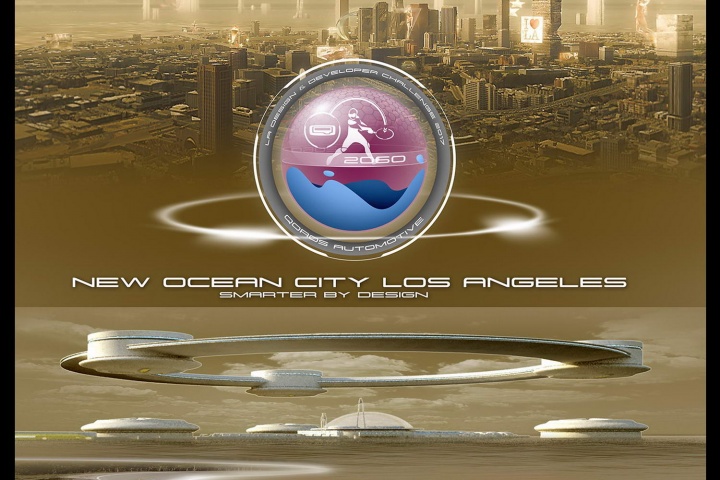 Rather like oiio's idea, Qoros reckons future types won't own cars, instead ordering up vehicles as and when they're required. In this instance, though, the whole machine turns up, and it's a little corker. Not only does it look brilliant, but the trademark anti-gravity forcefield wheels at each corner allow the Qoros to utilise both solid and fluid surfaces for navigation.

That's right: all-terrain intelligent navigation means those forcefields slide underneath the Qoros when approaching water, to allow the car to float over the seas as easily as it glides along city streets. This requires an autonomous control system with upgraded AI and a network that covers the entire surface of the planet - and yes, by surface, we mean the oceans, too.

Further cool sci-fi stuff includes the laser scanner on the roof, to allow the Qoros to navigate routes at very high speeds, the pixelized door that is made of foam, which can be used as a display surface or for, well, ingress and egress and a steering wheel-free cabin that includes 360-degree mixed reality displays, a central holographic projector and Qoros cloud-connected services.

Even the stadium proposed for the LA 2060 World Games is spiffing, with a holographic dome covering the main arena and intelligent, connected features that allow bits of the building to rise from the floor to greet guests. There's also a drive-through inductive charging channel, powered entirely by solar and wave energy, that re-juices the Qoros to 100 per cent battery capacity in a mere 20 seconds, before the now-empty car automatically heads off back to the city to pick up more guests. Yep, this is what future motoring should be like, no doubt about it.