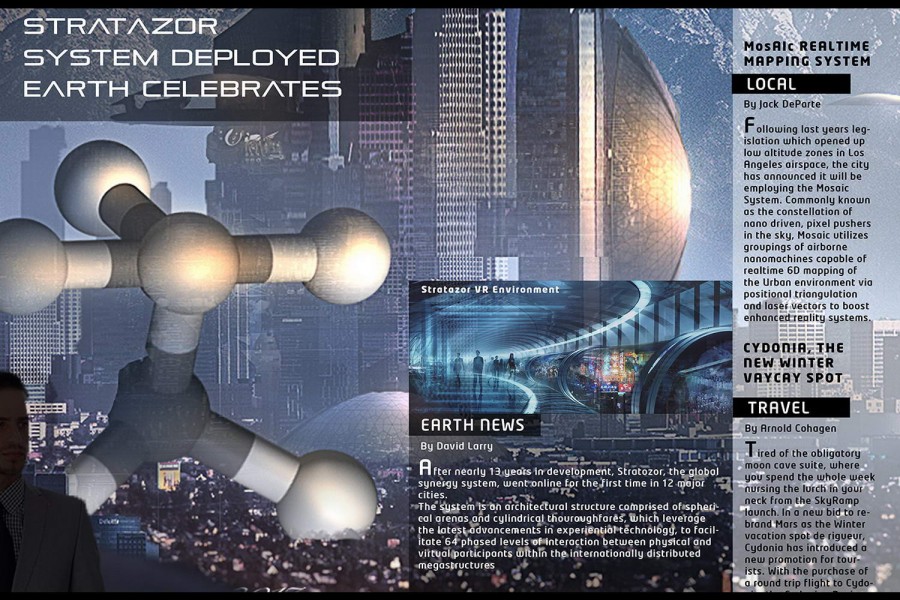 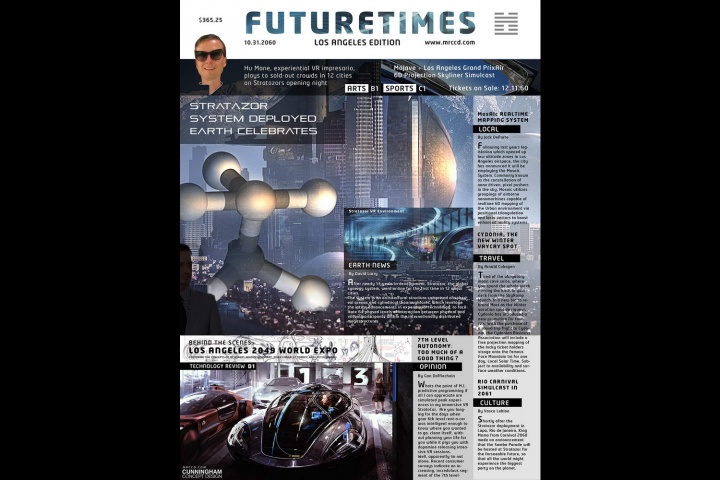 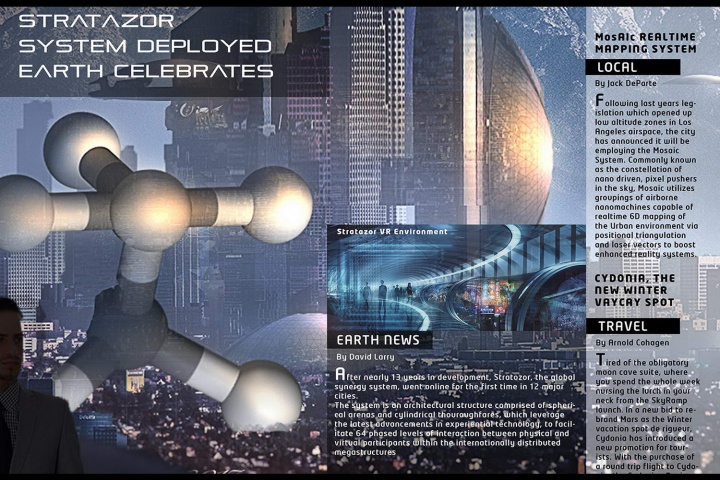 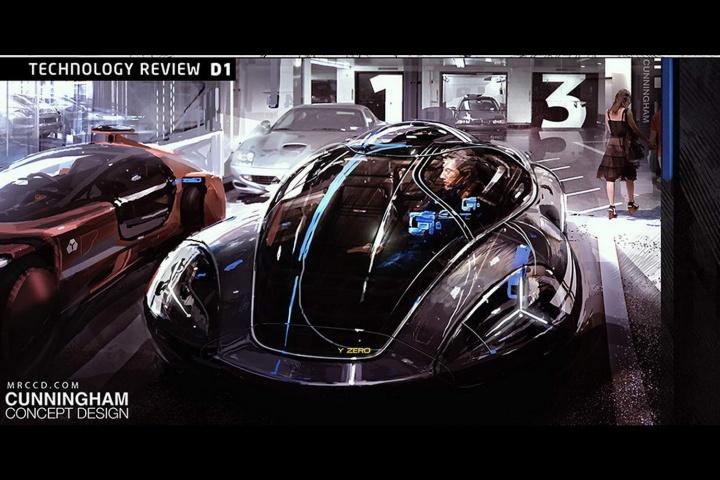 Cunningham Concept Design comes up with... with... well, what the heck HAS it come up with?!

Home team Cunningham Concept Design (CCD), based in the City of Angels itself, has come up with Stratazor: Global Synergy System. While this solution sounds like a villain who might turn up in the Marvel Cinematic Universe ('No! NO! Not STRATAZOR!'), it seems to be a much more benevolent system than that. However, to be honest, we've watched the video for this one a number of times, and it's more confusing and difficult to interpret than the concluding sequence of Kubrick's mind-twisting 2001: A Space Odyssey, so we'll just have to offer you our best guess.

The blurb in the CCD promo piece says: "In 2060, an architectural system was developed with the goal of creating a global cooperative platform for communication and interaction between the major cultural centres of the planet and their citizens." It then proceeds to flash up renderings of future LA, Tokyo and Rio, with wholly unconnected words like 'Following', 'Abundance' and 'Revolution', plus random binary codes and some weird architecture stuff that looks like those chemistry molecule models you see in school laboratories... and then not much else in the way of explanation.

We reckon it's a virtual reality connected hub that allows users to sample what's happening in any global 'culture centre' at any given moment, but if you fancy watching the video and giving us your interpretation, then all the best answers submitted on a postcard will be gratefully received.

For its part, CCD says it is 'bridging the gap between automotive and entertainment design'. Comprised of Akash Choudary, Benjamin Mckay, Dean Sherriff, Jeff Pennick, Matthew R. Cunningham, Ping Gold, Raj Rihal and Sandra Plazinic, CCD says its approach to this year's challenge 'focused on mobility systems heavily modified by Enhanced Experience Technology, resulting in multi-dimensional, phased levels of participation from both the audience members and competing athletes'. So now you know...