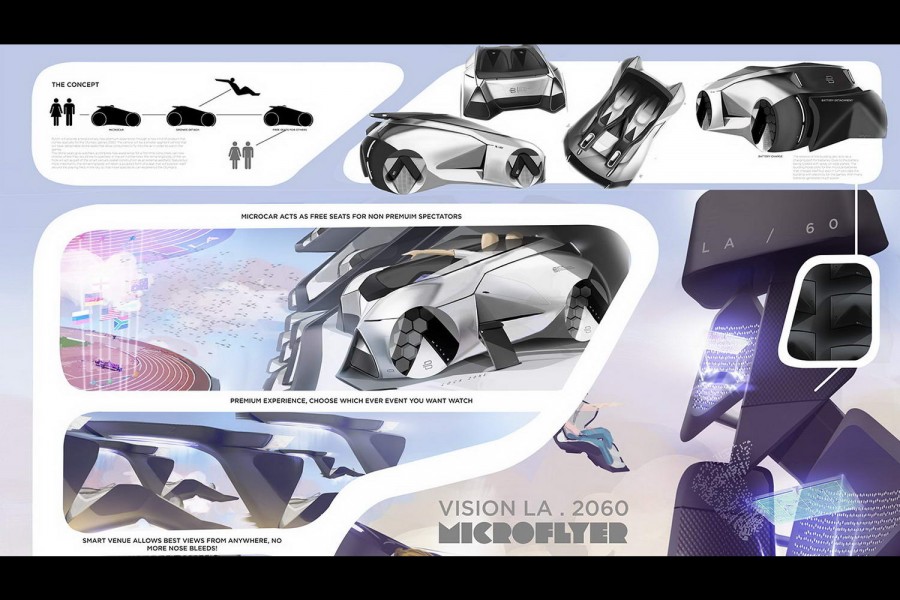 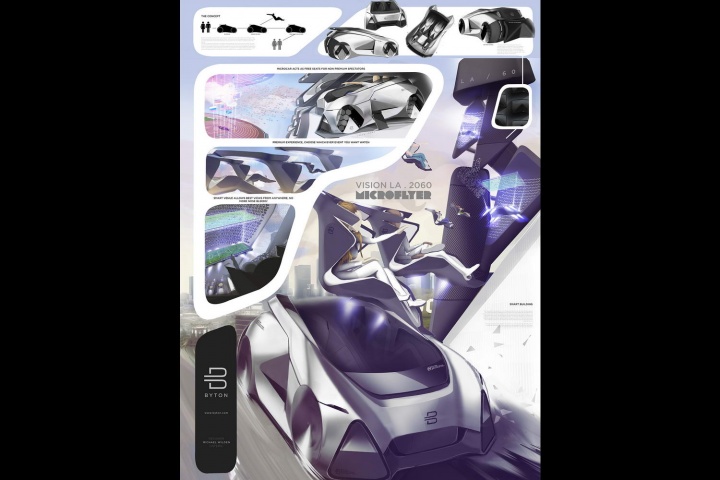 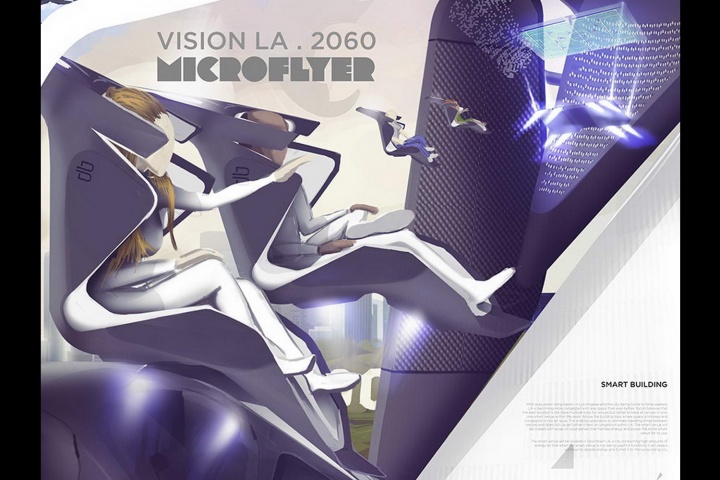 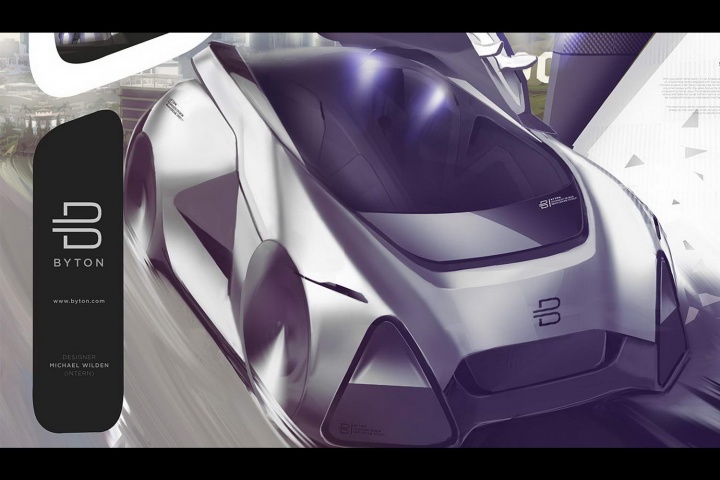 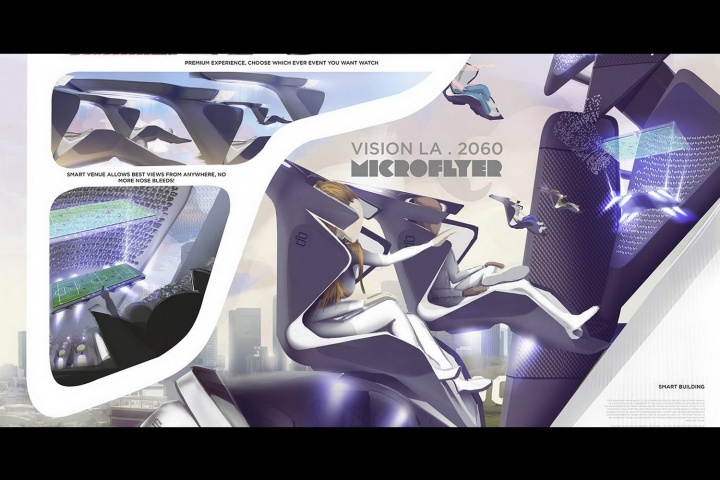 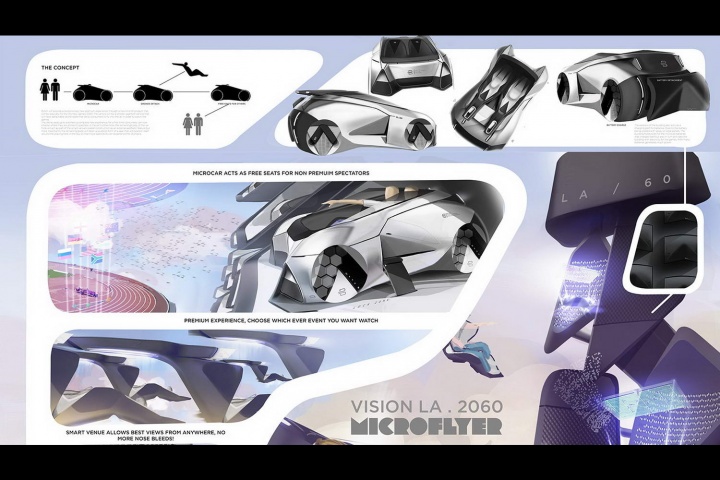 Byton Design's effort for the World Games 2060 in LA is the Microflyer, a tiny car (presumably electric, although the company comprised of Michael Wilden and Felipe Roo-Clefas neglects to say precisely what the car is powered by) that features a thoroughly futuristic take on James Bond's old ejector seats: the Microflyer is populated by flying drone seats.

In a quite badly proof-read video explaining the Microflyer's functionality, it appears buyers of premium tickets to the 2060 games will get a microcar package that features two of the drone seats, allowing the fans to fly up to their chosen venue. Again, making wild assumptions (and why shouldn't we, given this is 43 years off yet and anything could happen?), it would seem the games are held at varying heights off the ground, hence the need for flying car seats.

Then there's the Byton Design Microflyer's detachable battery (ah, so it IS an electric car, then), which is coated in solar panels. This attaches to the Smart Building, a towering, angular edifice that is the hub of the 2060 games. Each Microflyer battery can charge itself from the sun's rays, while also feeding electricity back into the Smart Building. This is where the 'hover fields' of play are situated for the athletics competitions.

The premium ticket-holders can then choose which events they want to fly to, while not-so-fortunate non-premium ticket-holders sit in the shell of the Microflyer, which in turn sits in a pod in the Smart Building. We're guessing that these people need to vacate the car before the drone seats return, otherwise there might be unfortunate passenger crushing incidents...

Byton Design said the aim of the Microflyer was 'striving to turn the car into the next-generation smart device'.