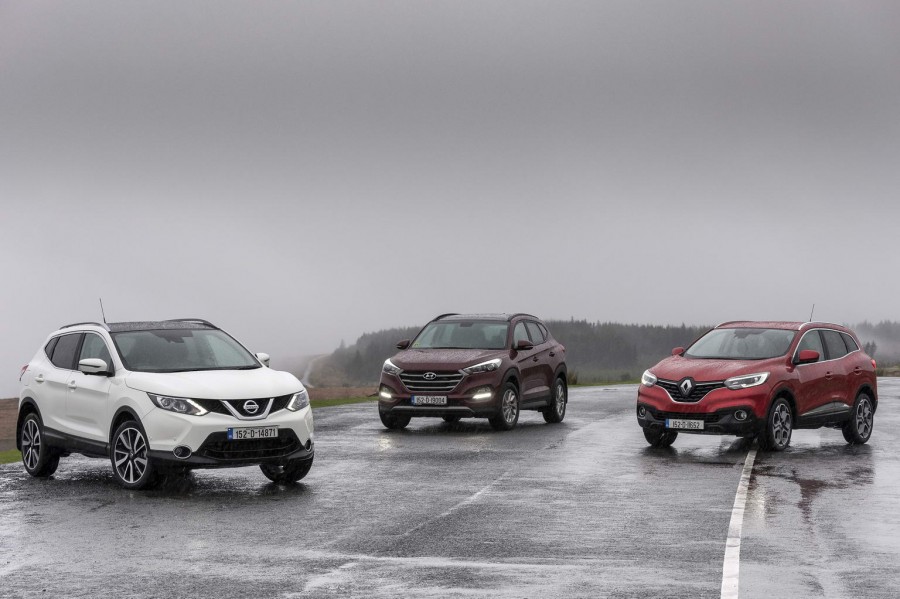 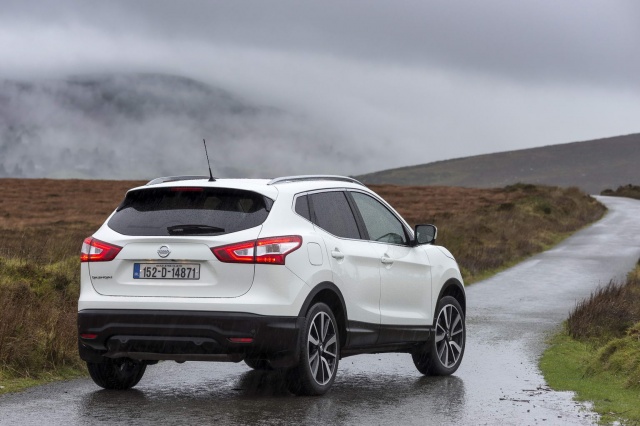 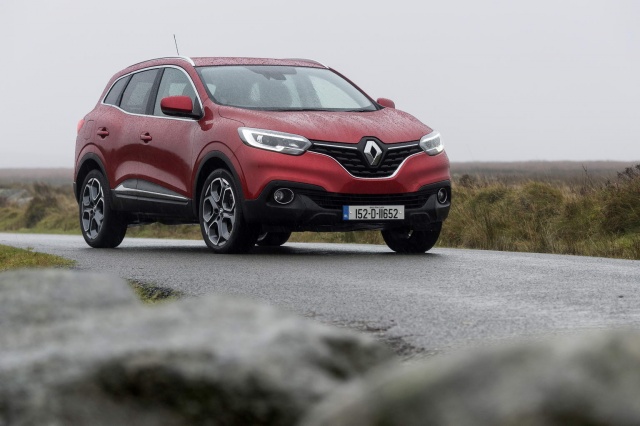 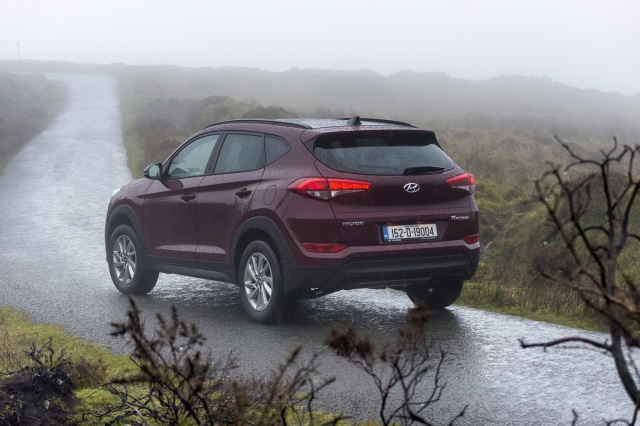 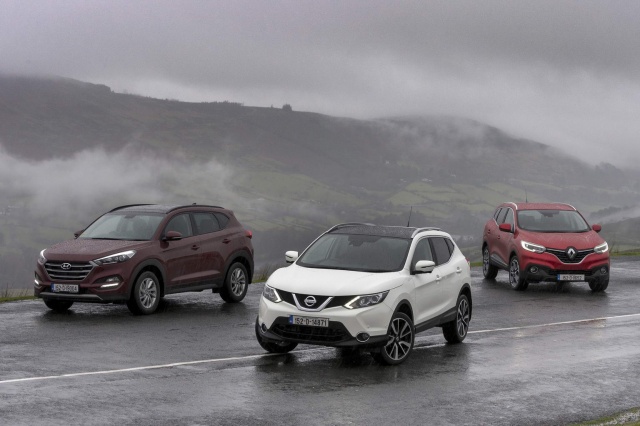 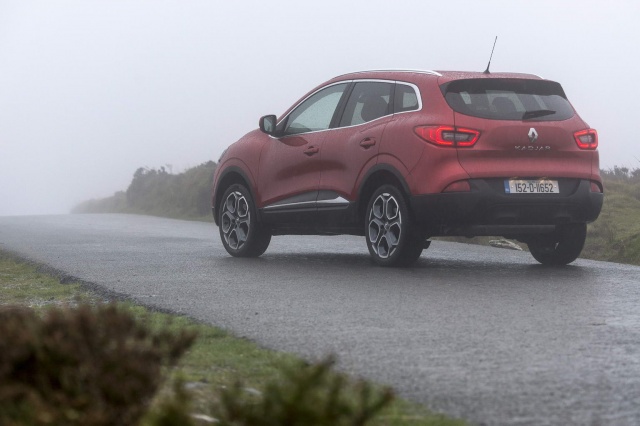 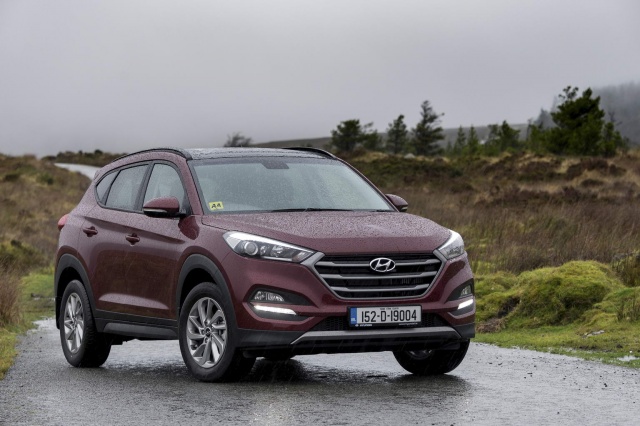 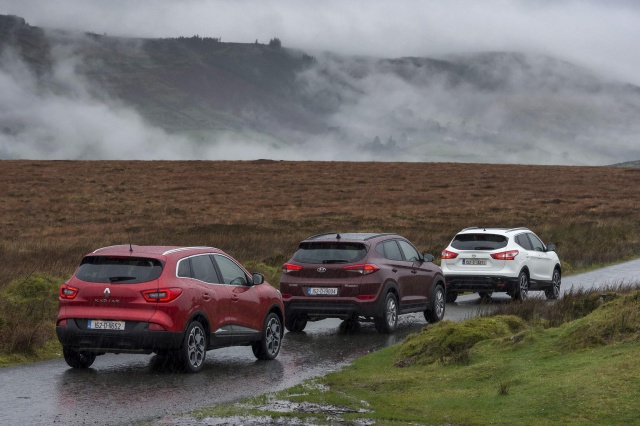 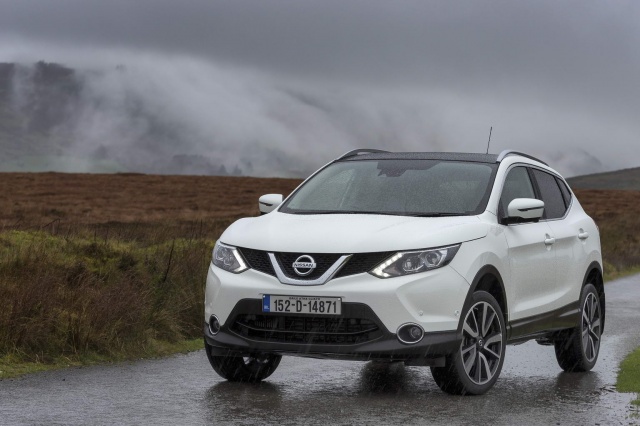 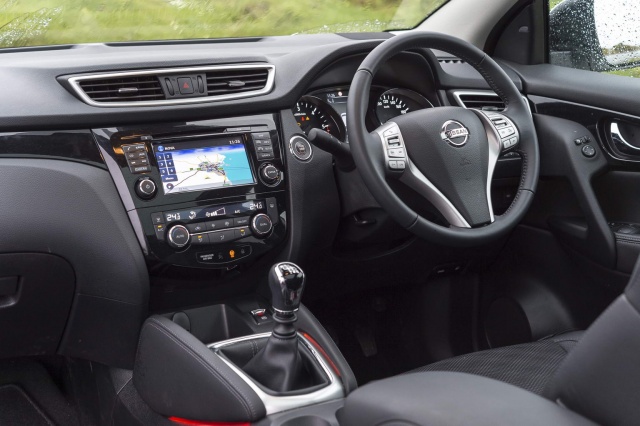 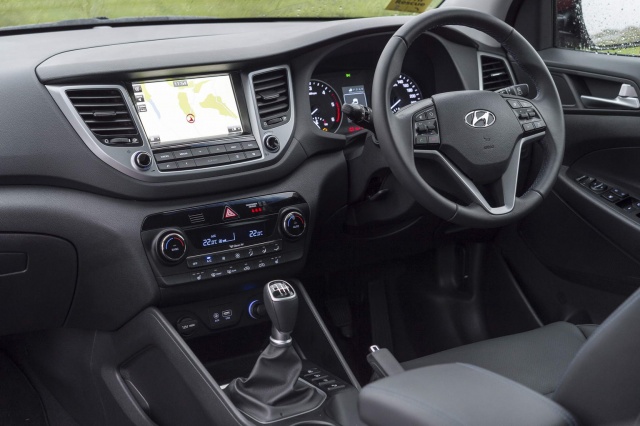 The crossover segment is becoming a crowded place. Here we find out why the Hyundai Tucson is out-selling its Nissan Qashqai and Renault Kadjar rivals.

Nissan's Qashqai arguably started our craze with SUV-lite crossovers and it has taken several years for the other manufacturers to catch up. But catch up they have, as evidenced by the runaway success of the Hyundai Tucson. Here we pitch the best-selling Korean machine with the latest Qashqai and, for good measure, Renault's take on it, the stylish Kadjar.

When it boils down to it there is only a limited number of ways in which a modern day SUV can be packaged. This has led to some quite homogenous silhouettes, but in the case of our three contenders their respective designs are among the more distinctive.

The Qashqai, as well as being the best known model here, is also the oldest. Not that it shows; the Nissan still looks sharp and as fresh as it did when launched back in 2014. Go for the mid-level SV and you'll get 17-inch alloy wheels, silver roof rails and a panoramic glass roof. Admittedly it doesn't have as much presence as the Kadjar or Tucson, but this isn't of the highest priority for all buyers.

In comparison, the Hyundai Tucson looks and feels more substantial. It replaces the hugely popular ix35 and the name change further serves to separate it from its predecessor. There's no mistaking that Hyundai has gone for a more premium image in the new Tucson. Most noticeable is the front grille that is more than a little reminiscent of Audi's. Around the rest of the car its design becomes less distinctive with fewer creases in the metal than the Nissan, but is still sharper than the Renault.

That's not to say that the Renault Kadjar isn't a looker. It's actually the best looking of all three from an overall design perspective. Whereas the other two are sharp and angular the Kadjar is full of curves, although it still retains the most presence here. The bold front grille apes the smaller Captur's and wears a large Renault badge front and centre. It may share much of its underpinnings with the Qashqai, but it feels like a much bigger car. This is reflected inside too with an elevated driving position and what is a much more airy cabin.

Like the majority of buyers we didn't try to venture off-road during our test, but we did drive them all in some pretty awful weather conditions. We also chose front-wheel drive variants of each model given that fewer buyers opt for more expensive all-wheel drive transmissions. Both the Nissan Qashqai and Renault Kadjar share the same 130hp 1.6-litre diesel engine and largely the same chassis setup, while the Hyundai Tucson is powered by a slightly larger, but actually less powerful 116hp 1.7-litre diesel. All have six-speed manual gearboxes too, so from a technical standpoint there isn't much to separate them - although the Tucson does feel more sluggish.

Part of what made the original Nissan Qashqai such a success story was how it drove in a way that was more car-like than traditional SUV. This has been carried across to the current model where the ease at which it can be manoeuvred around town carries obvious appeal. Nissan offers two very similar four-cylinder turbodiesel engines in the Qashqai, a 1.5 and a 1.6-litre. The former produces less power but has lower emissions. It also carries a lower price tag, though the 1.6-litre unit tested here does feel more refined and despite the additional cost the extra power makes it worthwhile.

The seating position in the Nissan feels the lowest of the three, reiterating its more car-like feel. This is also reflected in how composed the Nissan feels when out on more open roads. There isn't the level of body roll that you might expect from a higher-riding SUV. Its suspension is a touch on the firm side, but never to the degree that draws cause for complaint. The steering is the most direct of all three too, giving the best degree of feedback to the driver even though this is unlikely to be of concern for buyers.

The Tucson on the other hand does remind you of its mass when driven with more vigour, but like the Nissan it rarely gets out of shape. Carry 20km/h too much into a bend and you will notice its bulk, but this isn't a car that encourages more enthusiastic driving anyway. In general the Hyundai does deliver a good degree of refinement unless you work the 1.7-litre engine harder and it becomes more vocal. Drivers benefit from a commanding view of the road ahead thanks to a good seating position and all the main controls are well placed.

Given that, mechanically at least, the Kadjar is based upon the same platform as the Qashqai, it couldn't feel more different. Climb into the cabin and it feels much roomier, while all of the switchgear and layout is pure Renault. The quality of the materials and plastics are a match for the Hyundai and feel more solid than the Nissan's.

Where the Kadjar lags behind ever so slightly is in its on-road performance. Despite sharing the same engine as the Qashqai it does feel a touch more sluggish. One big area of improvement that Renault deserves credit for is its transmission, which is noticeably improved over examples from its the recent past.

Such is the competitiveness of this SUV segment even the entry-level specification grades come quite well equipped and little separates this trio. They feature Bluetooth, cruise control, manual air conditioning, spare wheels, USB and auxiliary inputs as standard in all models. Nissan does include its five-inch colour infotainment screen too, but the 'Safety pack' that includes front and rear parking sensors, blind spot warning, lane departure warning and moving object detection, is an option on all but the range-topping SV Premium model.

Hyundai is the only manufacturer to offer alloy wheels from entry-level, something that might sway the more image conscious. The Korean brand also offers the most choice, with five trim levels to choose from versus four from Renault and just three from Nissan. Taking this into account it could be argued that the Tucson offers the best value given the breadth of choice, but there is still a degree of emotion and aesthetics involved in a purchase like this and that is where the Renault Kadjar edges ahead.

Each of these cars in their own right is very good and were you to buy any of them you're likely to be very happy with your purchase. But choosing one isn't such a clean-cut decision and each have their own style and merit that will appeal to different buyers. The Nissan Qashqai, as good as it is, no longer is the clear and obvious choice. Against its relative, the Renault Kadjar, and the Hyundai Tucson it simply doesn't feel as complete a package. It certainly feels to be the smallest of the three and the interior finish isn't to the same standard as the others.

The Hyundai is great to drive and is one of the most refined cars in the whole segment. In fact it at least ties with the Renault in this respect, but the Kadjar overall clinches it for me. Its stand-out style combined with a spacious interior makes it a winner. Knowing that under the skin there is proven hardware is an added bonus.

I agree with Dave on the style front here; the Kadjar looks more interesting than the other two, certainly in higher specifications with larger wheels, etc. However, I think the Tucson is quite handsome too, if more conservative, and it carries bold colours well. The Qashqai isn't unattractive by any means, but needs to be in top-spec to compete in visual terms - and of course it has less impact as we're all used to it. Inside, the Kadjar and Tucson compete on equal terms for space and design, but for me, the Tucson shades it. It feels a little better made and its on-road refinement backs that up. It's a real shame the 1.7-litre Hyundai engine hasn't more go, as it feels gutless next to the two 130hp opponents here, but in fairness, most Irish buyers stick with the lower-powered alternatives. So which would I have, with my own money? Probably the Hyundai. It might not excel in all areas, but it's a very complete package. No wonder it's topping the new car sales charts this year.