Flat out in Skoda's Fabia R5 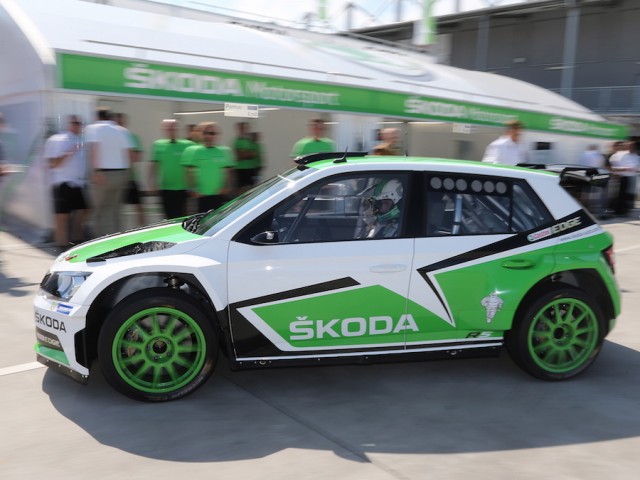 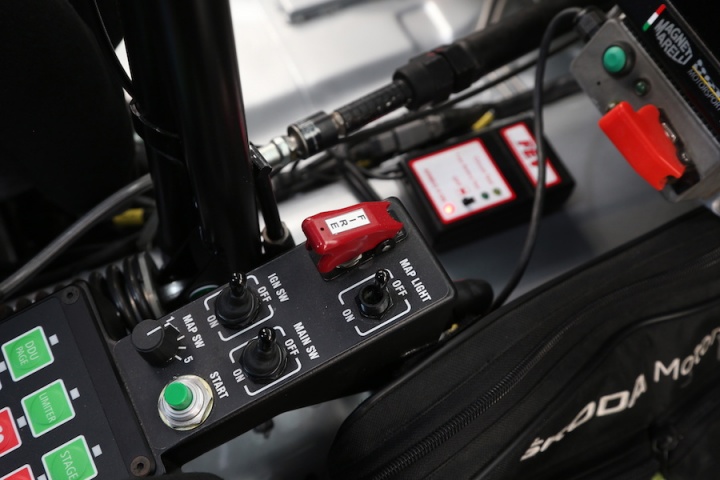 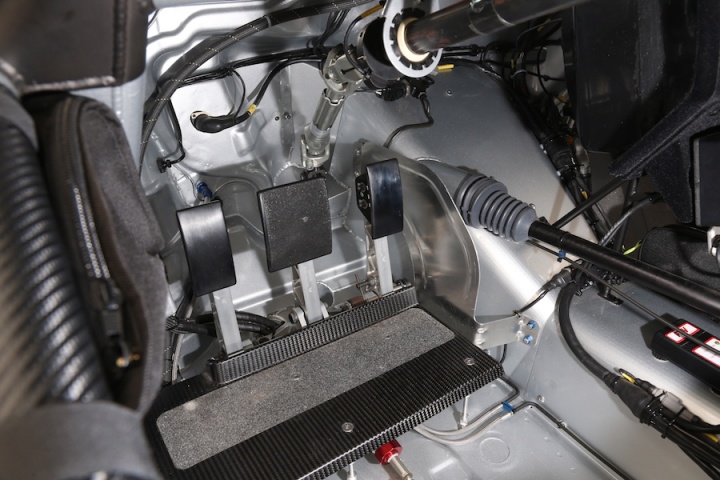 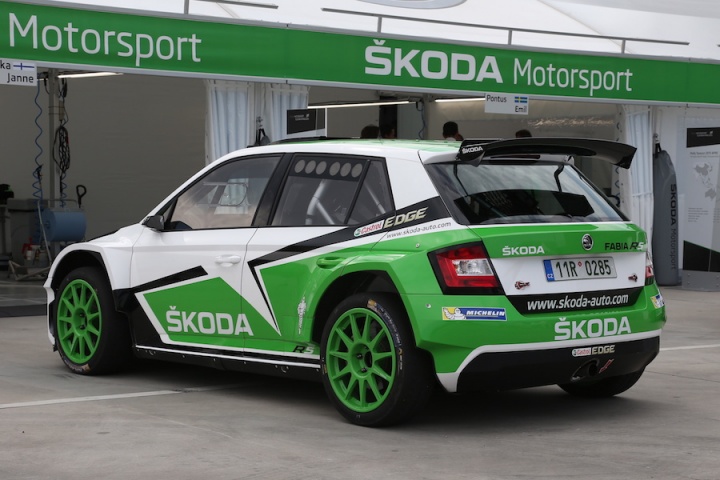 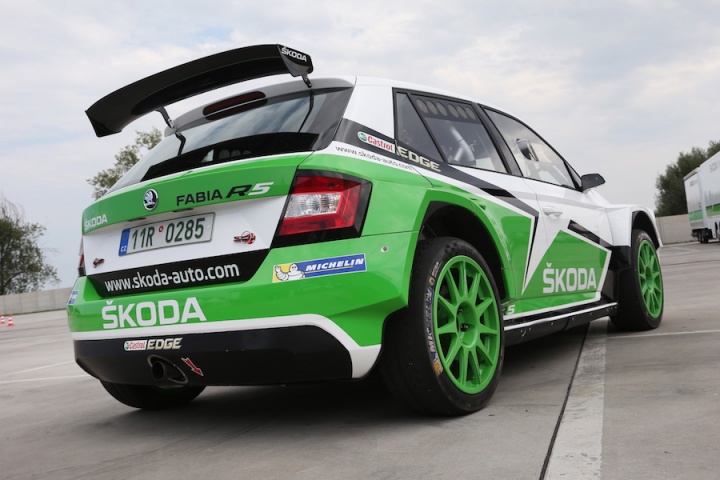 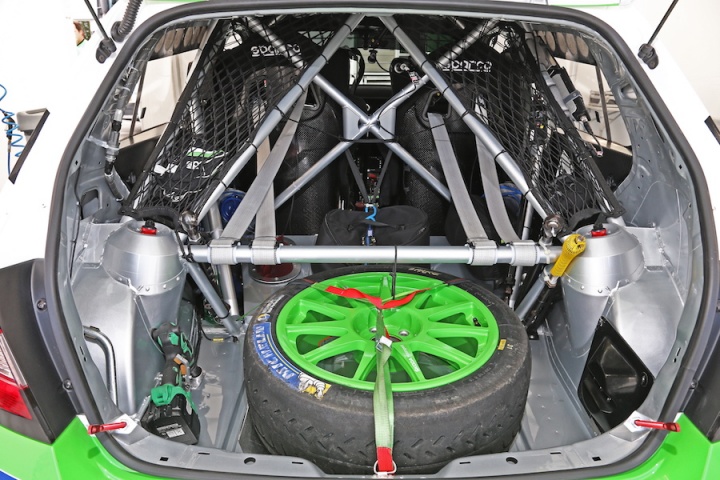 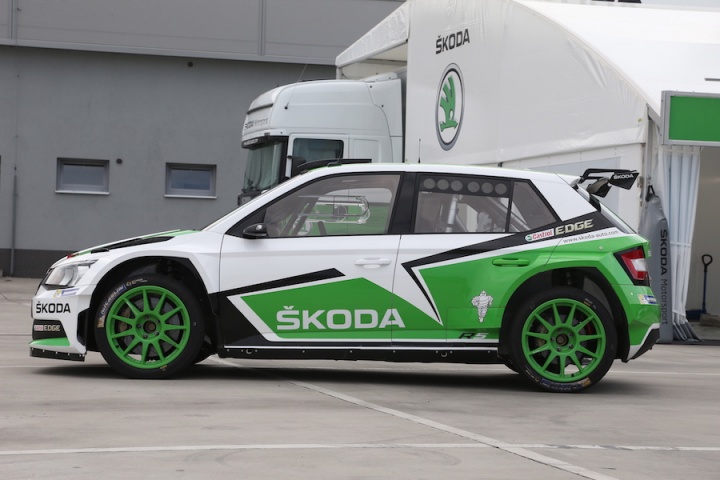 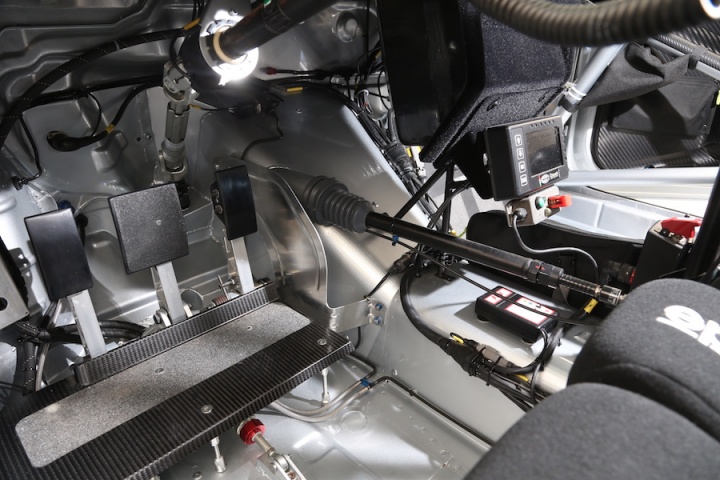 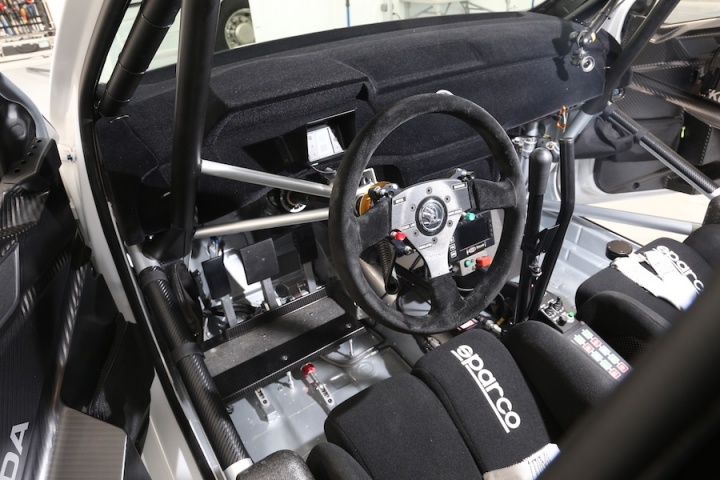 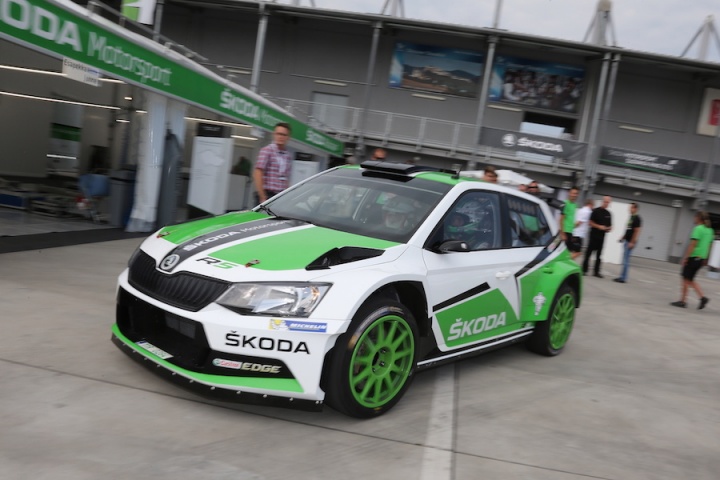 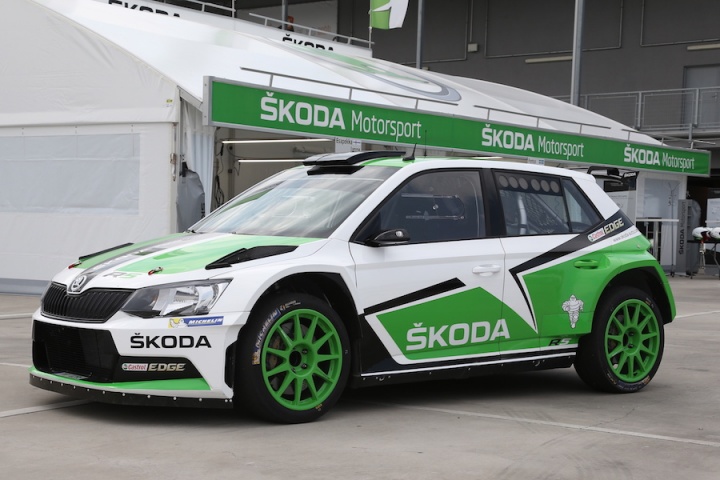 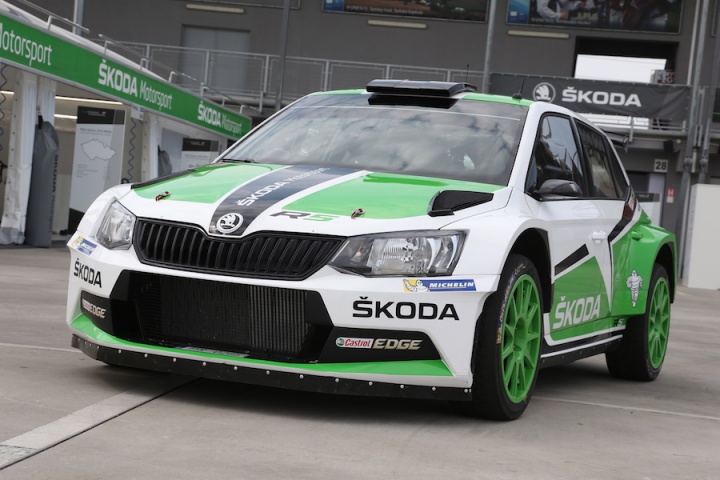 We travelled to Slovakia to see just how impressive Skoda's latest rally car is.

Rally is arguably the closest form of motorsport to driving on the road. However, what you see here is so much more than merely a Fabia that has been kitted out with a plethora of FIA-approved equipment. The R5 uses the core shell of a production line Fabia, but everything is stripped away. It runs a highly tuned 1.6-litre turbocharged petrol engine, as per the current regulations, producing 280hp and 420Nm of torque with power sent to all four wheels through a sequential five-speed transmission. The car weighs in just over the minimum requirement of 1,230kg.

As it sits in the Skoda Motorsport service station ahead of my run I get an opportunity to check out some of the details, which are simply exquisite. For a rally car there is not even the smallest speck of dirt on the car, partly thanks to the near-constant cleaning by the Skoda's technicians. It seems that there is at all times at least one person wiping down some part of the car, even bits that have already been done. It's very clear that the team is proud of the machine. An R5 costs €180,000 should you wish to purchase one for racing; although the entire package is closer to €250,000 I am told.

Visually it packs quite a punch. The overall silhouette remains that of the current Skoda Fabia but it's augmented with huge flared wheel arches, a gaping lower cooling intake in the front bumper and additional cooling vents on the bonnet. A low, wide roof-mounted intake helps to channel filtered air into the cabin. Walking around the rear there is a more conventional look to the rally car. A sculpted rear wing is attached to the top of the boot lid while the rear bumper, which features cutaways behind the rear wheels to prevent mud build-up, also features a single centrally-exiting exhaust.

But it is inside that you truly get a sense of how much time and effort has gone in to creating this race car. Unlike a circuit or single-seat racer, the Fabia R5's driver and co-driver have to be somewhat self-sufficient when out on a rally course. In the boot there is a full-size spare wheel held in place by strong quick-release ratchet straps. Custom-built holders carry a wheel brace and a power tool for undoing and redoing the wheel nuts. Fastened onto the roll cage are a torque wrench and a spare suspension strut for mid-stage repairs. There's also large netting with pockets to keep smaller items from flying around the cabin.

The cockpit up front is a sparse affair consisting of a dummy dashboard covered in black Alcantara. Directly in front of the driver sits a small and simple display with shift lights indicating when to pull on the tall sequential gear lever that is just centimetres from the wheel. Right next to the shifter is a similar height handbrake that locks up the rear wheels to help make those tighter "left nineties" on a stage. The steering wheel carries buttons to control basic functions such as the windscreen washer and wiper, main beam and indicators. Even a machine like this has to remain road legal for when it is travelling between stages - in many cases on public roads.

Between the figure-hugging Sparco racing seats is a control panel that operates a number of other functions as well as housing the radio communications box to allow the driver and co-driver to talk to each other. There is also the engine start button and controls for different engine map settings. The co-driver sits lower in the car to improve the centre of gravity and at their feet is a large brace that incorporates three foot-operated buttons for the horn, washer and a reset. A small digital tachometer is centrally mounted and includes other car data such as speed and odometer.

Today I'm going to be shown (read flung) around the Skovakiaring. Skoda Motorsport has created a special stage style loop around the circuit's perimeter roads and in control will be Swedish rally driver, Pontus Tidemand. As seems to be the standard approach for Scandinavian racing drivers, Pontus simply greets me with a polite smile and hello and I am strapped in to my six-point harness. He assures me that he will go fast when I inform him that I'm a good passenger. As the final checks are done the car idles at a high 2,300rpm or so. Easing out of the paddock it is instantly clear that this is one serious piece of equipment. Pontus performs a number of checks before we launch into our time attack. He works up and down through some of the gears and performs a number of brake tests to ensure the car is working correctly.

Then it's all systems go. The Fabia launches from the line and the speed approaches three digits as quickly as the rapid-fire gear changes. For just a 1.6-litre four-cylinder the engine note is awesome. As the car is flung into the first tight corner there is virtually zero body roll and only minimal steering input required. He barely seems to lift from the throttle as he pulls back on that oversized handbrake to swing the ninety degrees as if a giant hand had reached down from the sky to do it. He is immediately back on the throttle as we shoot through a tunnel that is barely wider than the car itself. Even now my Swedish driver seems to be more mentally occupied thinking about what we might have for lunch rather than the task at hand.

As we reach the midpoint of the lap we enter a tarmac square barely large enough to park two of our cars in yet Tidemand, without hesitation, puts the car through a complete 180-degree spin and as my brain's directional guidance just about keeps up we're already blasting back towards the finish line. Despite the presence of a radio I have said little during our brief few minutes going flat out. The enveloping physical and mental experience was enough to keep my mouth shut.

Rolling back into the paddock Pontus is still cool-as-you-like about the whole thing. Perhaps it's a charade, though having witnessed his skills behind the wheel first hand I sense that today was just an easy day in the office. Personally, I don't think I'll ever look at a Skoda Fabia in quite the same way again.