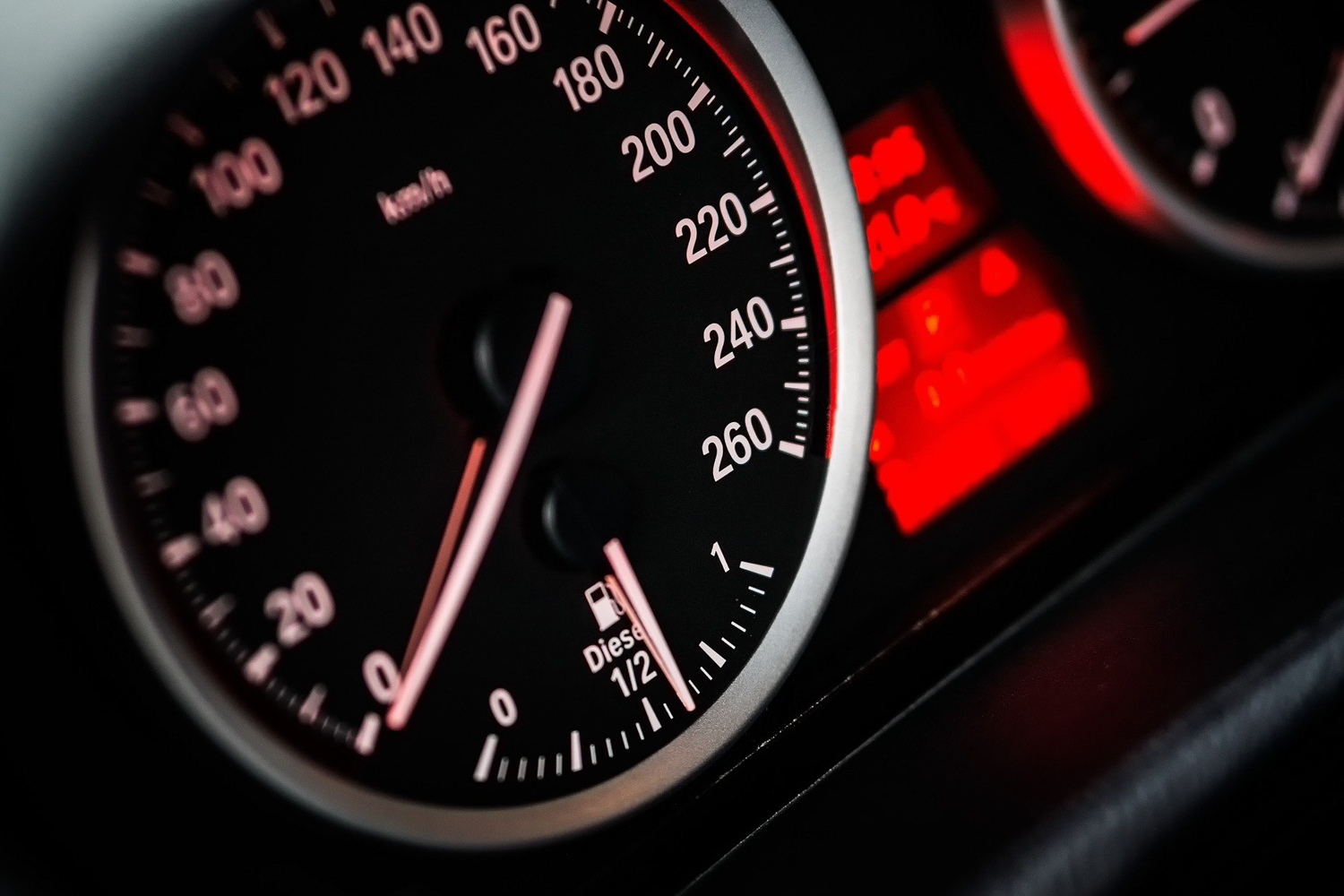 Electronic speed limiters will be mandatory for all new cars sold across the EU from next year.

The European Union has published the official specifications of the electronic speed limiters which will be mandatory for all new cars sold across the Bloc from next year. The legislation kicks in from July 2022, and it will mean that in the past few years, such life-saving tech as autonomous emergency braking, lane-keeping steering, drowsiness and distraction detection, and now speed limiter have all become standard-fit on all models.

Speed limiters, though, are rather more contentious not least because many see it as taking both freedom and responsibility away from drivers. That last point may well prove moot, at least in terms of the legislation agreed by the EU Commission. The new rules allow for one of two systems to be used - active speed limiters, already commonly fitted to many cars, which simply don't allow the car to accelerate past a posted or selected speed limit (unless you mash your foot angrily to the floor...) or a system which sounds an audible alert if you allow your speed to exceed the local limit.

The two systems will use a combination of camera-based traffic sign recognition and GPS location data to try to ensure that the appropriate speed is adhered to. With either system, the rules state that the driver can override the limiter, either by switching it off or simply by pressing harder on the pedal.

The EU's safety experts believe that, if such systems become widely used, they could contribute to a 20 per cent reduction in European road deaths.

The rationale for such electronic control of speeding is simply put by an EU expert working group which made the original recommendations for speed limiters back in 2020: "The higher the speed of traffic, the greater and more serious the number of crashes; and the higher the speed of a driver, the greater are his/her chances of becoming involved in a crash with a serious outcome. Evidence suggests that speed as a factor is more important now than it was 20 or 30 years ago, even with the considerable advances in vehicle safety. In addition, a large number of cases of relatively "small" levels of excess speeding (exceeding a speed limit by only a few km/h) can have much more effect overall than a small number of people driving at massively excessive levels of speed."

There are those who are more sceptical of such electronic controls and how useful they might be. Zurich Insurance, for example, has said that while the limiters will most likely reduce the number of speed-related accidents, they may actually trigger other kinds of incidents. Speaking to The Daily Mail in the UK, Calum McPhail, head of liability claims at Zurich Insurance, said: "Drivers might assume it is safe just to drive at the given road limit irrespective of the immediate environment - for instance outside schools - and in adverse weather conditions, including standing water caused by rain, reduced visibility in fog and slippery surfaces caused by snow or ice. Drivers could pay less attention to speed, believing the car will 'keep them right'."

Essentially, such issues are an electronically-extended version of the oft-quoted warning that the speed limit is a 'limit not a target.' The problem is that if you tell someone what the speed limit is, they'll drive at that limit (traffic allowing) no matter what the conditions. The effect of an electronic speed limiter could well see drivers hammering blithely along, foot pressed hard to the floor, and paying even less attention than they do now because they simply assume that they're on the right side of the law. Clearly, a skilled, well-trained driver won't do this, but then such people tend to be in a minority...

A second layer of concern is the ability of such systems to select the correct limit for the road that they're on. You would think that the worst-case scenario there would be that you spend a few minutes driving slower than you otherwise might, while the car's electronics work out what's the right limit, but the truth of the matter is rather more tricky than that. On a recent journey on a relatively new section of motorway, in a cutting-edge electric car bristling with the latest sensor technology, this writer twice found his car slowing suddenly, triggering anger and no little dismay from following vehicles as the electronics spotted a 50km/h speed limit on a slip road, and suddenly cut the power at a (fully legal) 120km/h cruise. A big part of this will be ensuring that the proper road signage and GPS data are in place - not always the case. It's not so long ago, for example, that Opel was unable to offer a traffic sign recognition system in Ireland simply because so much Irish signage simply wasn't up to code.

Equally, don't go thinking that you're legally covered if your car somehow selects a higher speed limit than the one that actually applies (which will almost doubtlessly be a common issue in temporary speed limits within road works). According to the EU's legislation: "Systems may be faced with ambiguous speed related information due to missing, vandalised, manipulated or otherwise damaged signs, erroneous sign placement, inclement weather conditions or non-harmonised, complicated and implicit speed restrictions. For this reason, the underlying principle should be that the driver is always responsible for adhering to the relevant traffic rules and that the system is a best-effort driver assistance system to alert the driver, whenever possible and appropriate." In other words, you're the driver so it's up to you to use the equipment properly.

The limiters will also come with a potential worry over personal data. Two years after their introduction, car manufacturers will be required to hand over performance data to the EU to show how well, or otherwise, the systems are working. In theory, that data is supposed to be aggregated and fully anonymous, but we all know how well such theories often work in practice.

There is a further danger which is so-called peripheralisation. This term, commonly used in aircraft pilot training circles, refers to the ever-growing reliance on automated systems for safety, which then leaves human pilots (or for our purposes, drivers) in the lurch when those systems malfunction or fail. Speaking to CompleteCar, former airline and Royal Navy pilot Robert Scott said: "Over reliance on technology is one of the issues that we're really concerned about within aviation these days. On the one hand, it was designed to make life easier and safer. But of course, it's added layers of complexity. And that's been accompanied by a reduction in the depth and quality of training that takes place these days. It is a well-known fact that human performance deteriorates in low arousal situations, consequently, pilots are not likely to be at their best when operating in such an environment. While this generally results in safe and efficient operation of the aircraft it does nothing to prepare the pilot for times when the untoward happens and he or she has an unfamiliar situation to deal with. The result is sometimes a time lag while the situation is assessed, and a course of action decided upon, which can result in an incident or accident."

As with so much vehicular safety equipment, there's an underlying issue of driver training and skillsets. If people were more enthusiastic about learning how to drive properly and were given the appropriate backup and incentives to do so, things such as electronic speed limiters would simply not be needed. They are an electric sticking plaster to cover a wound, rather than working out why the wound it there in the first place.