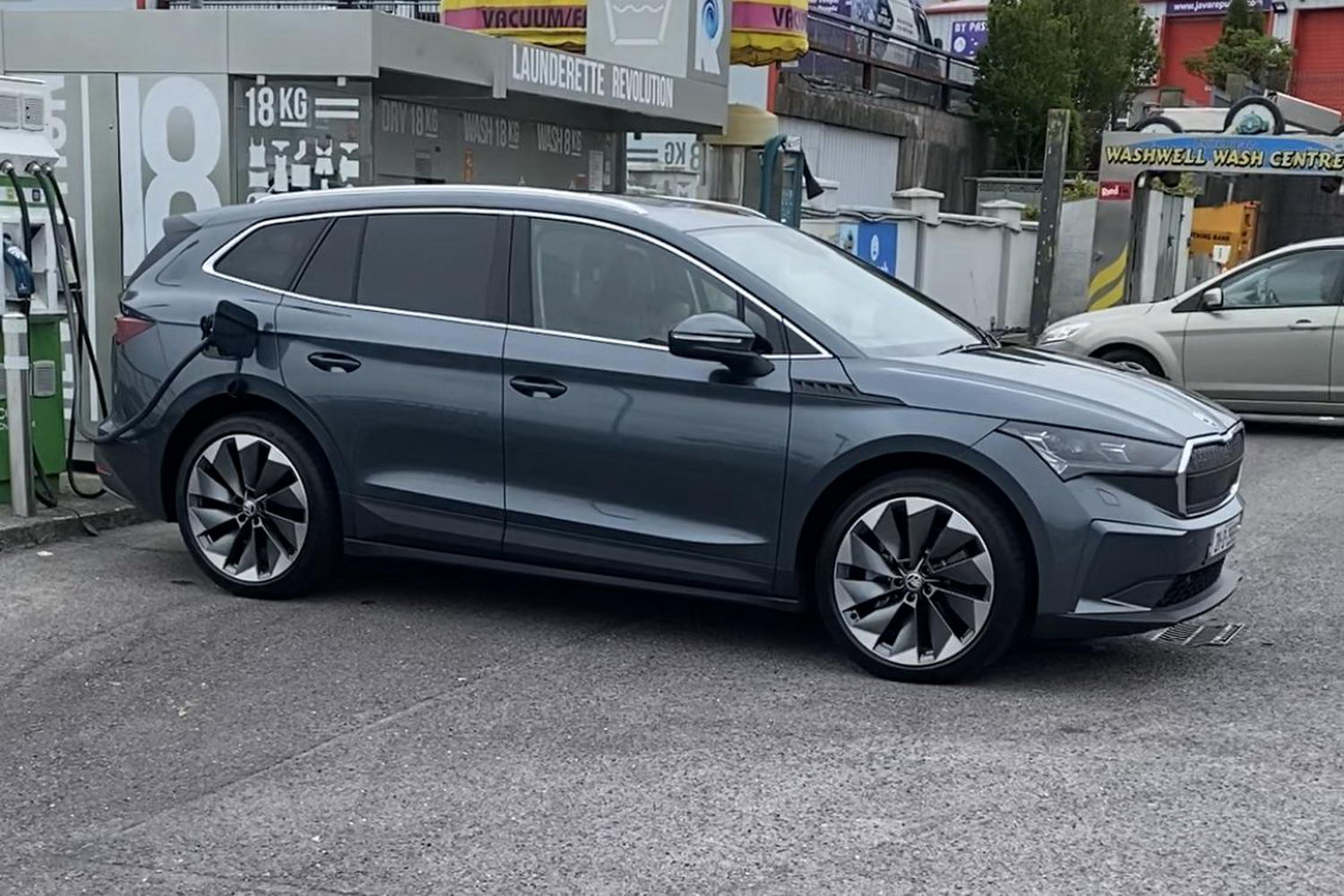 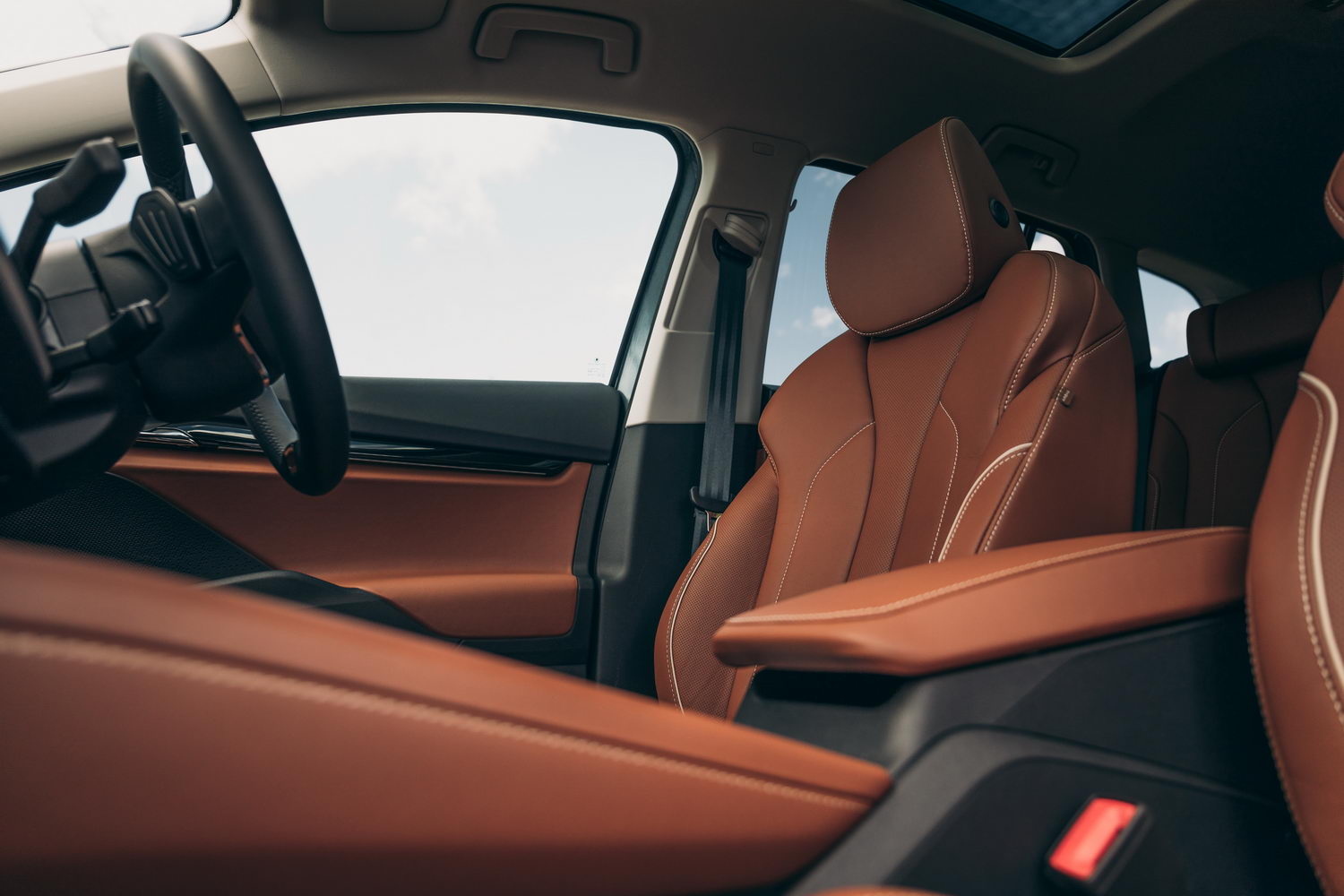 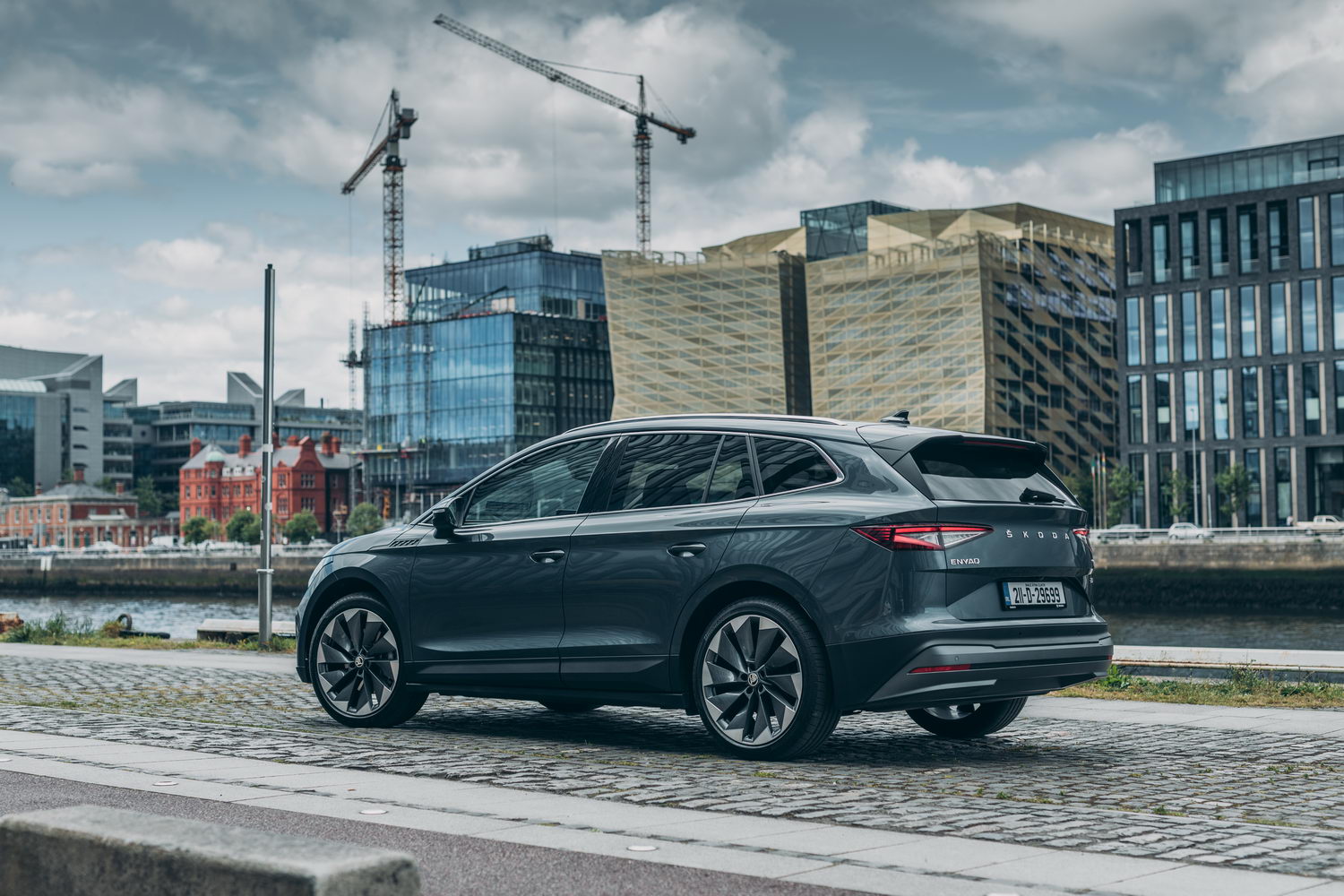 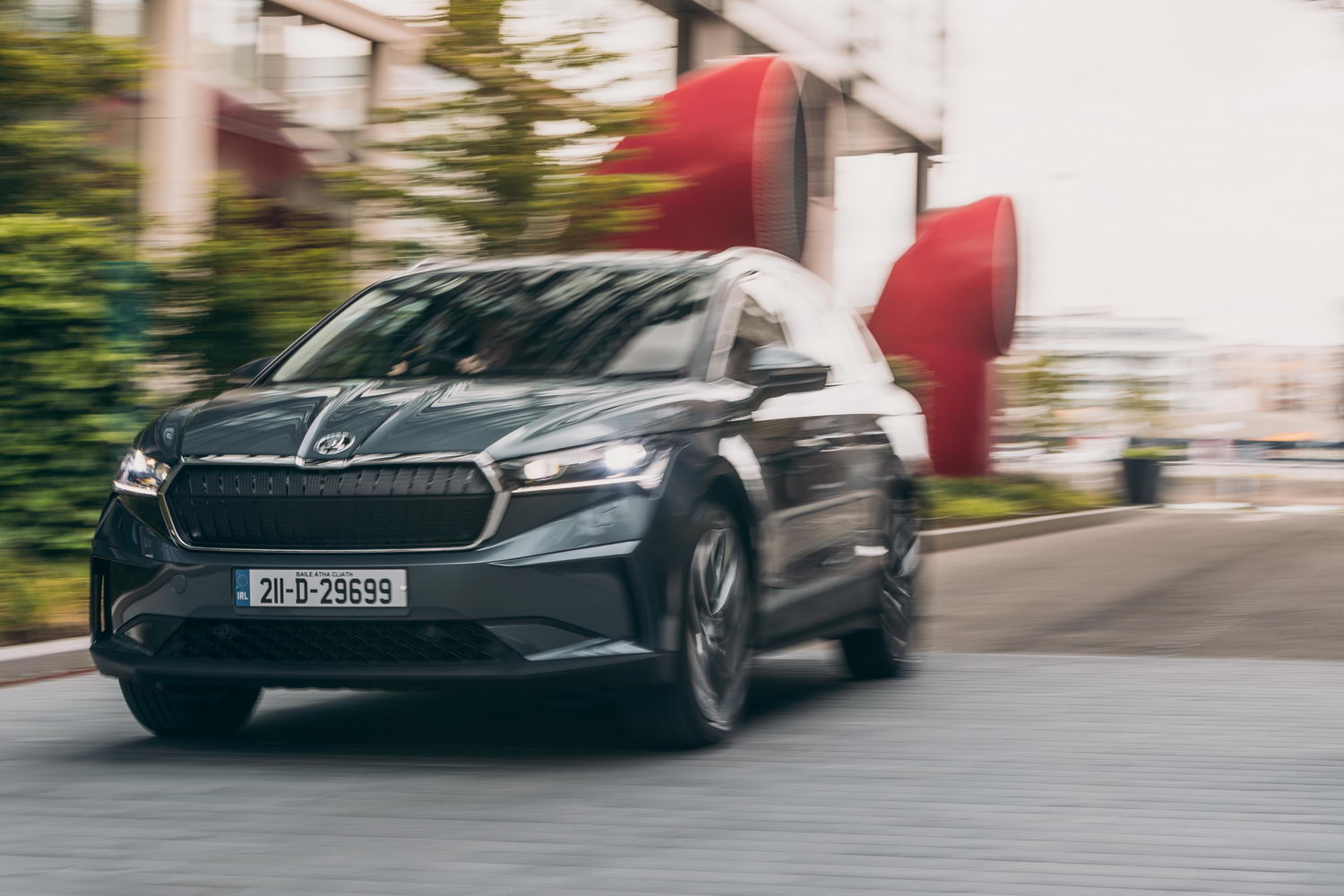 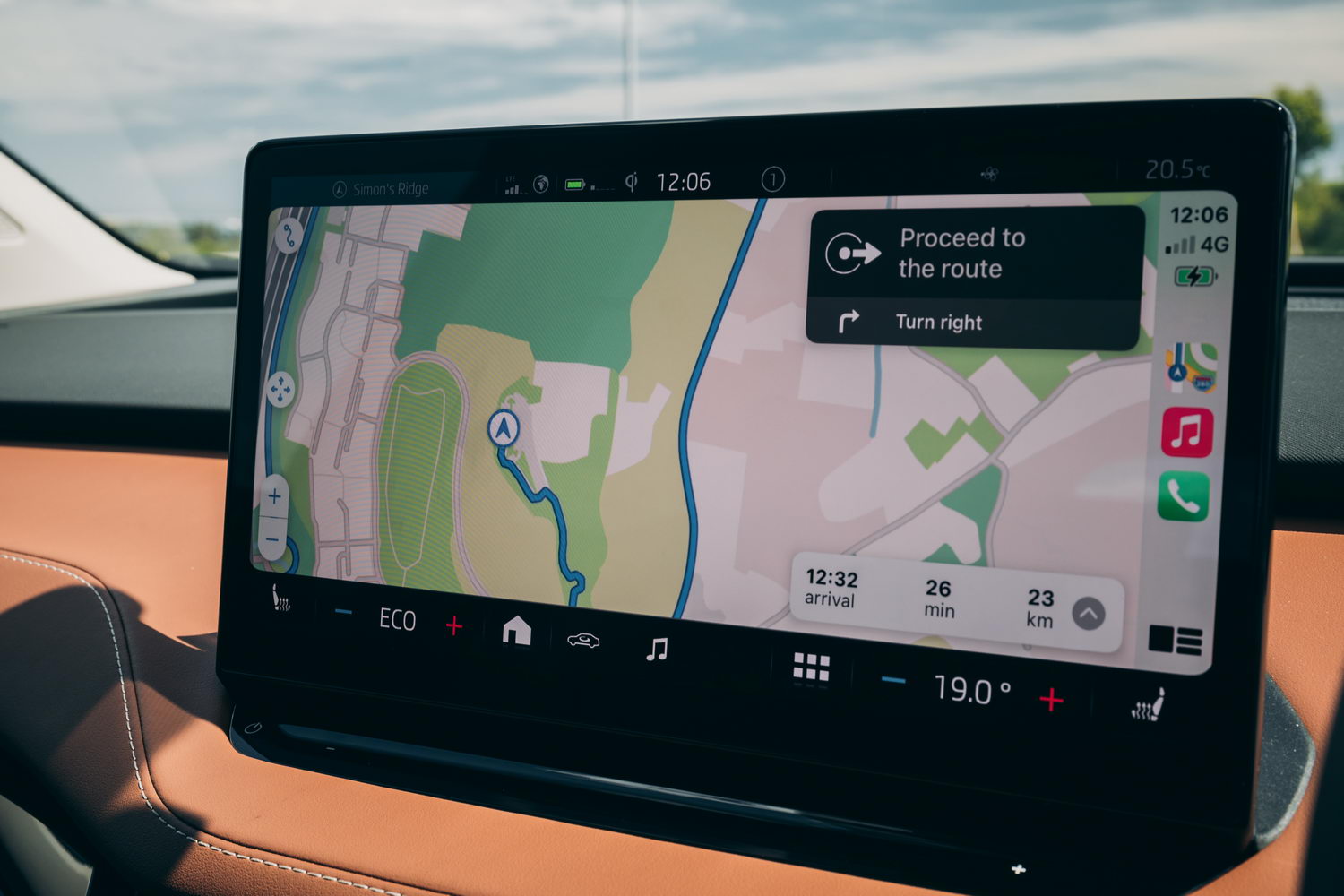 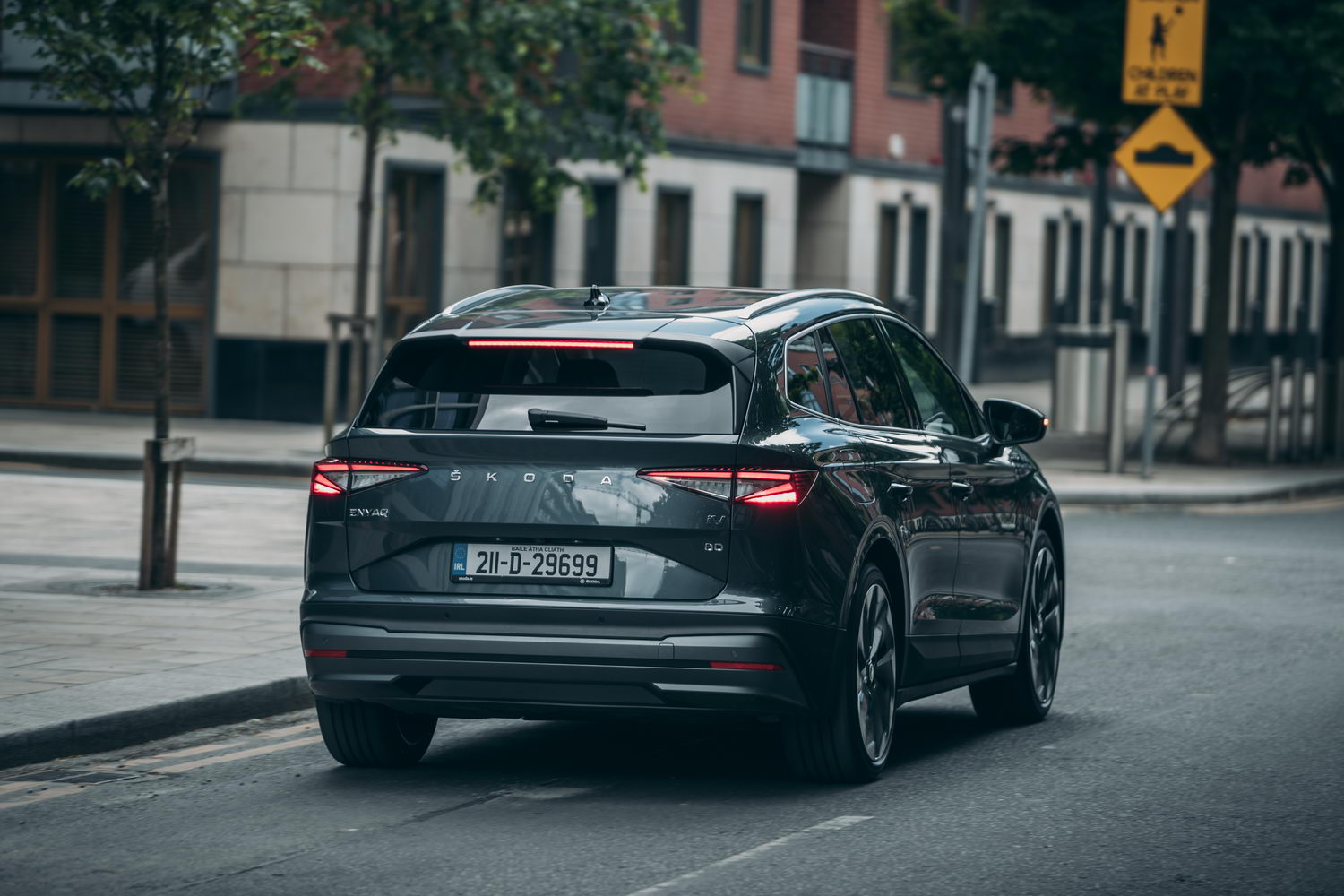 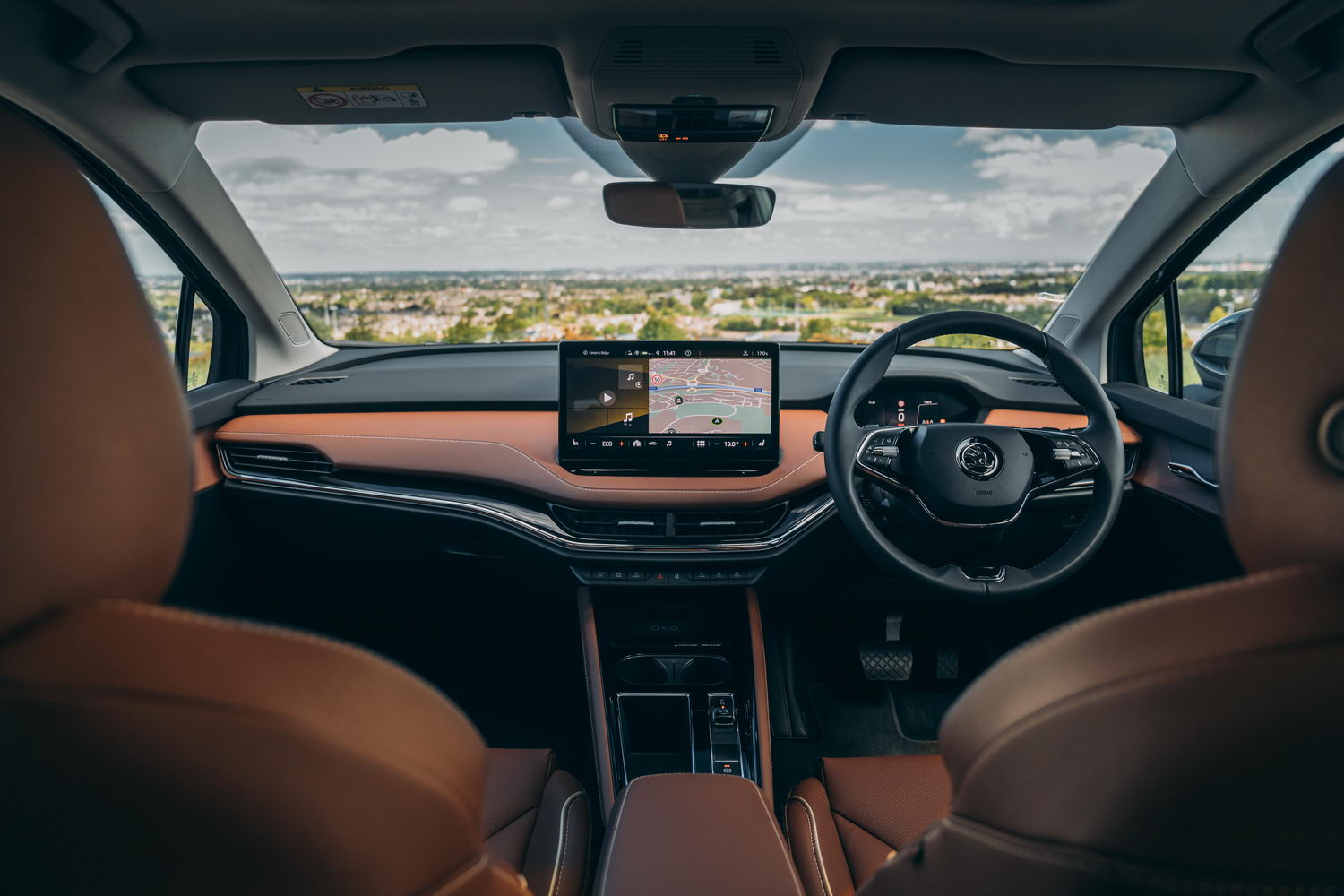 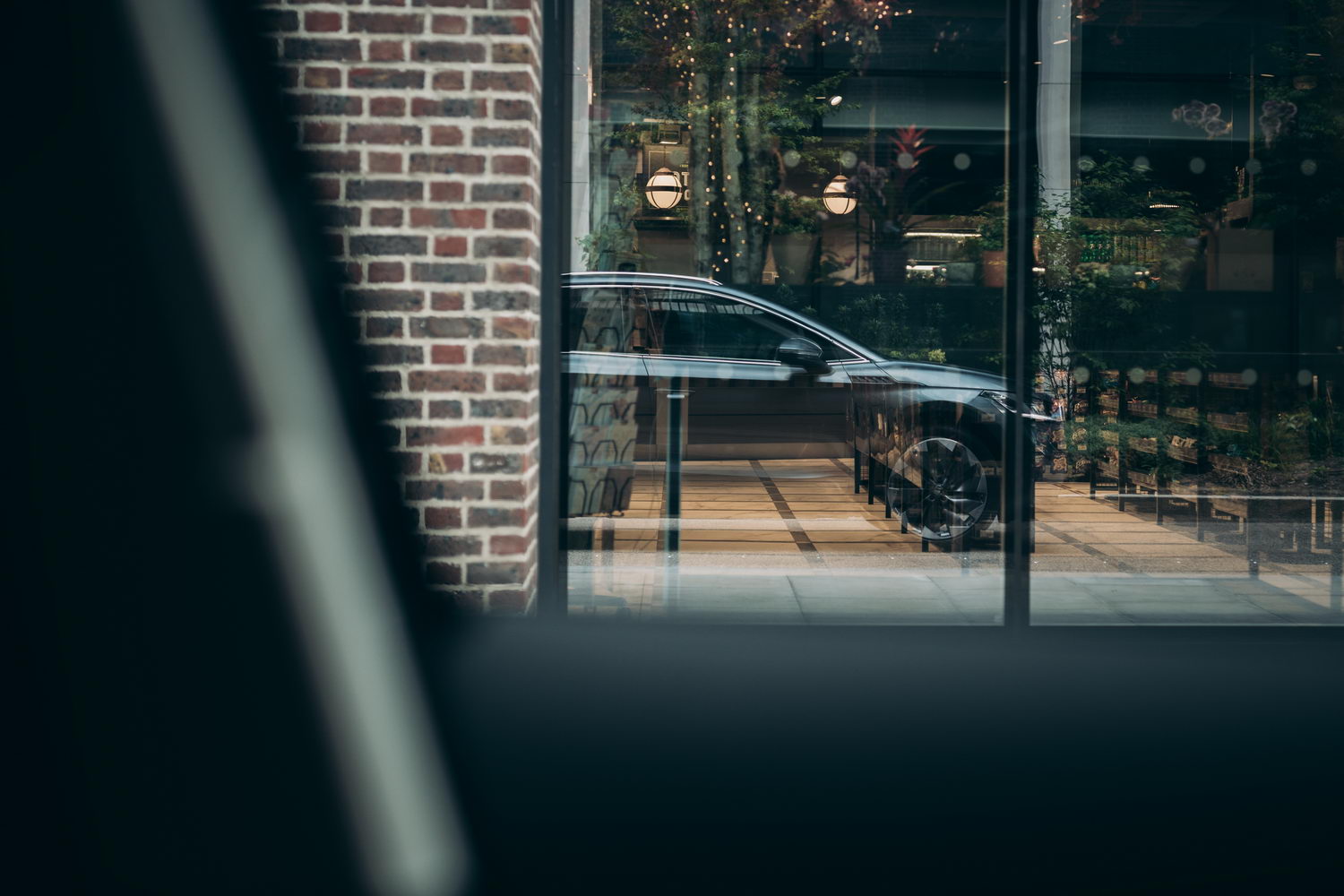 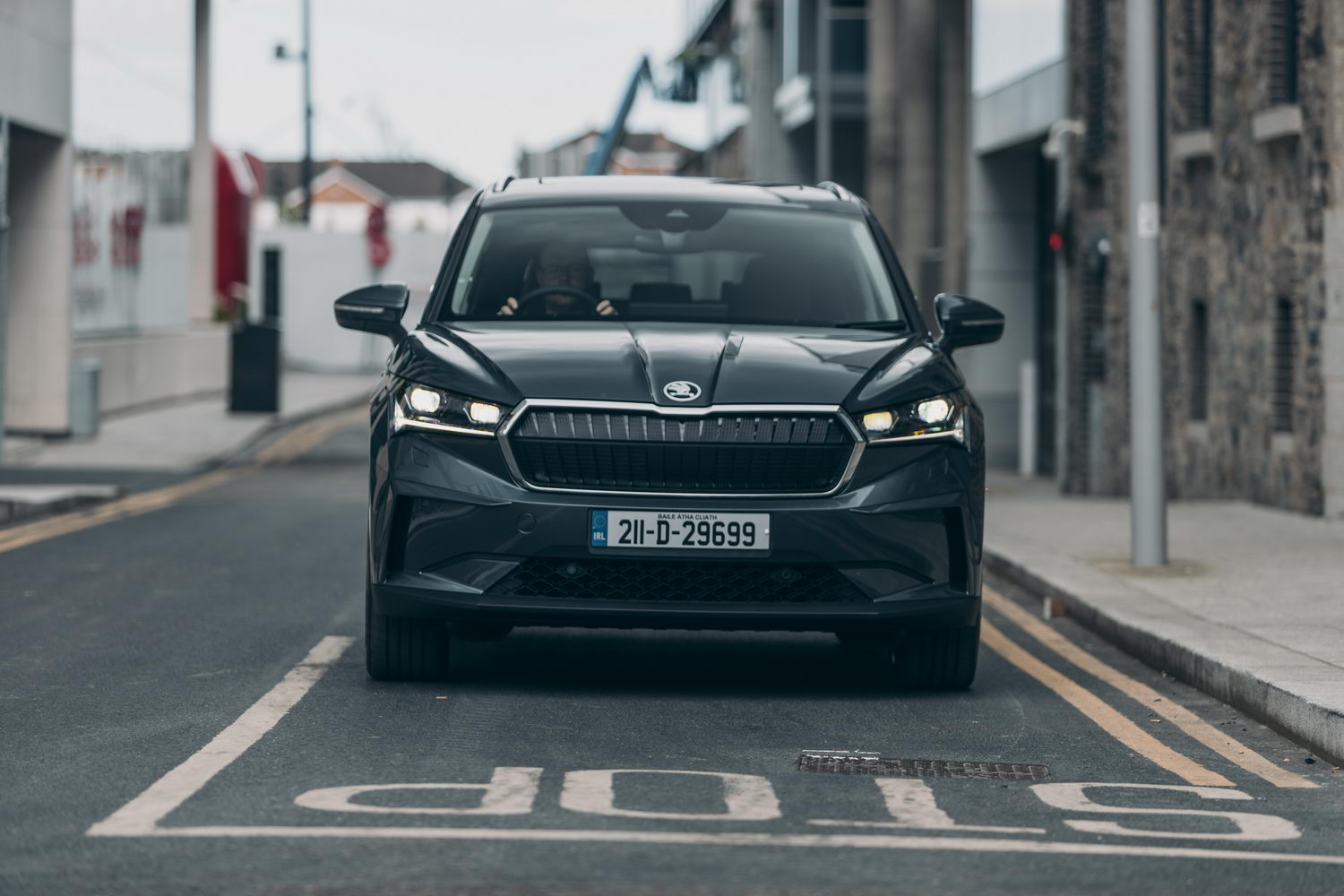 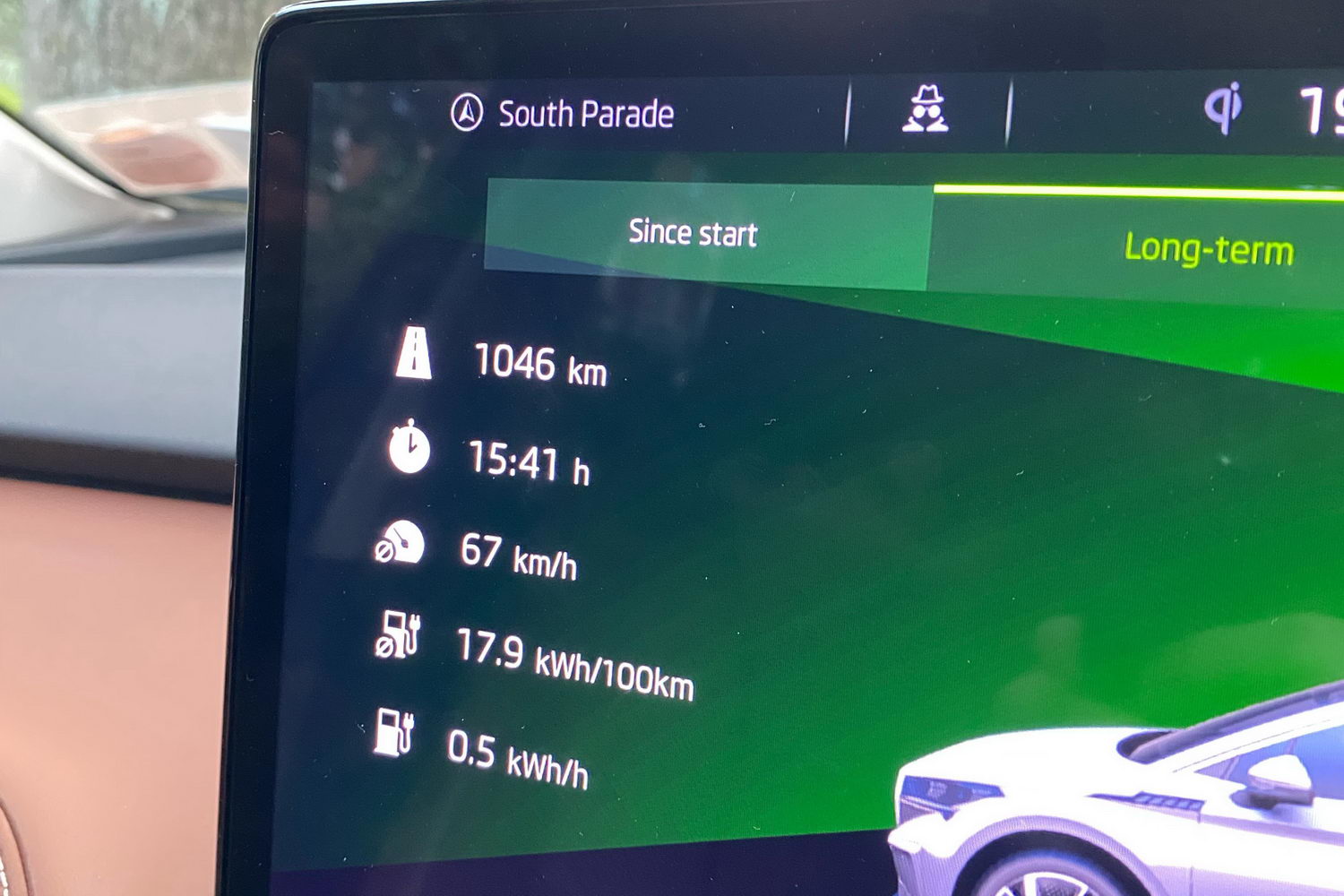 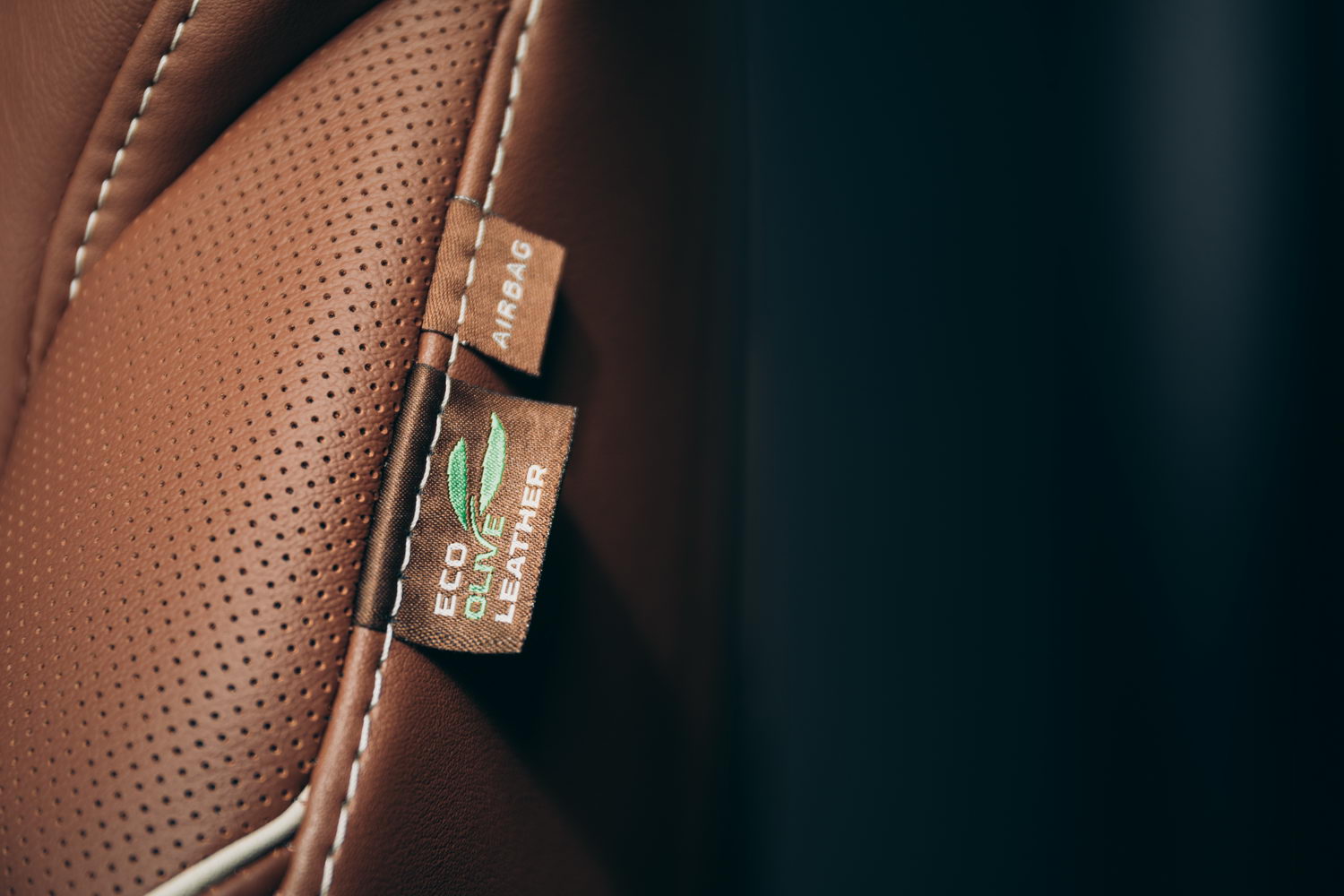 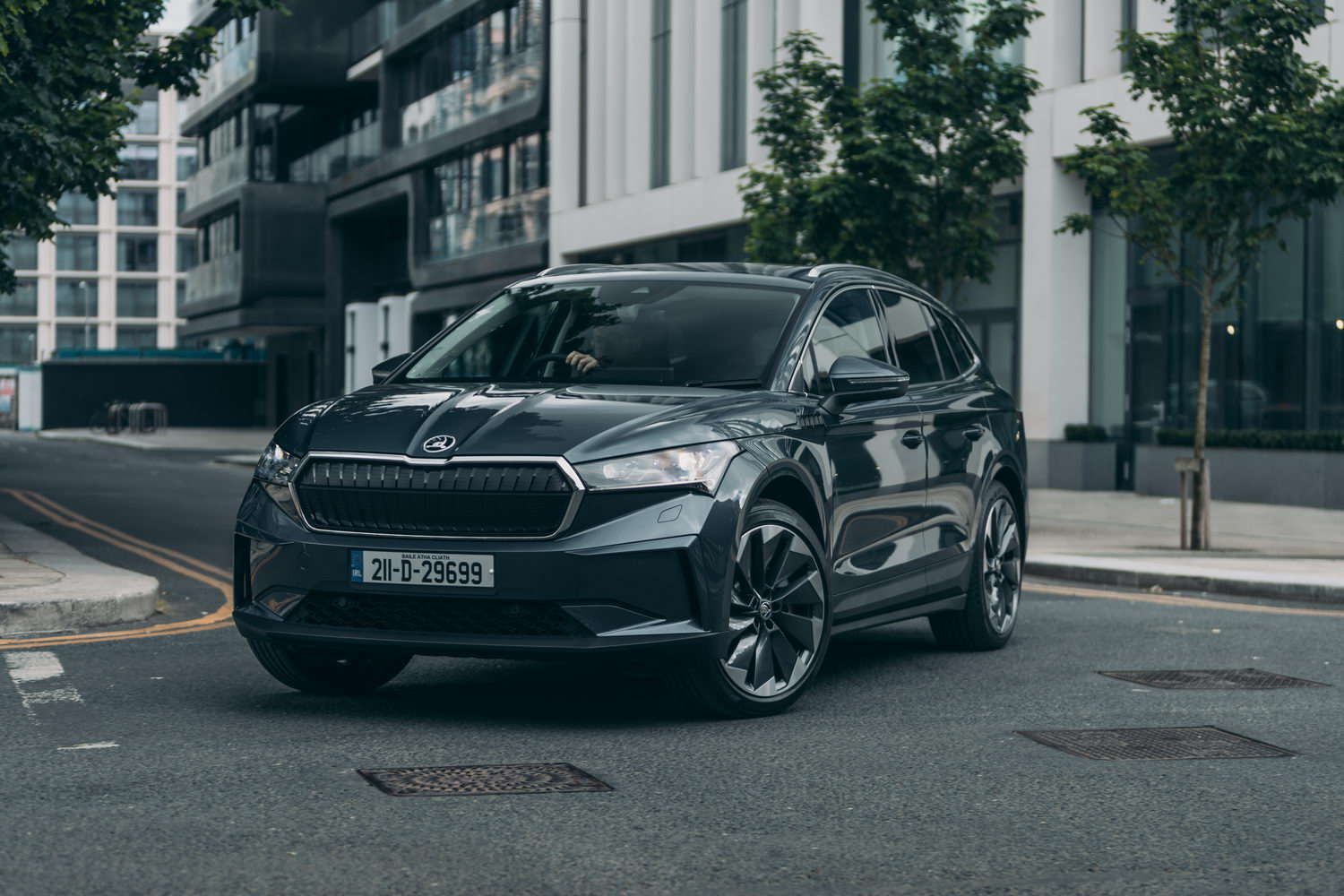 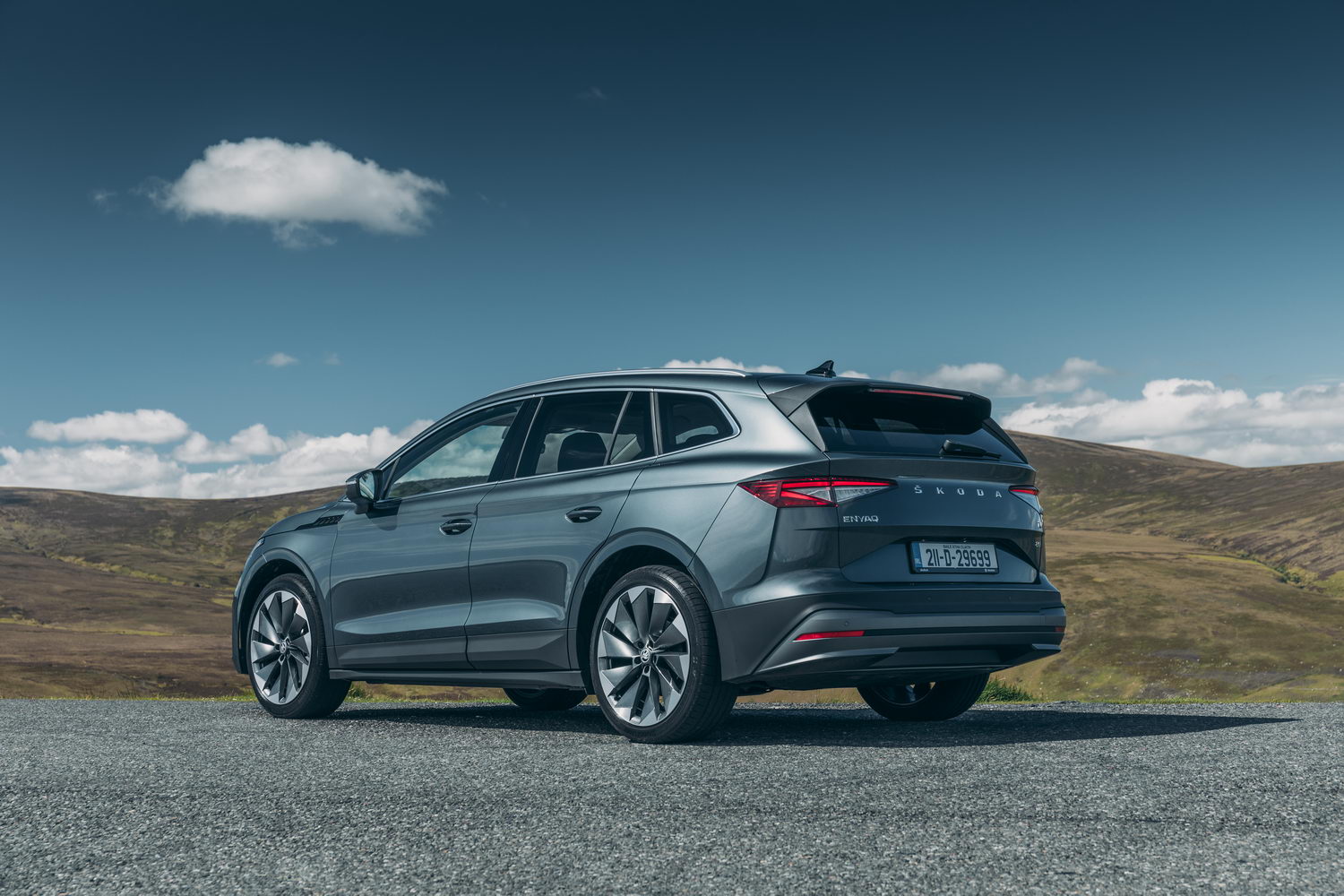 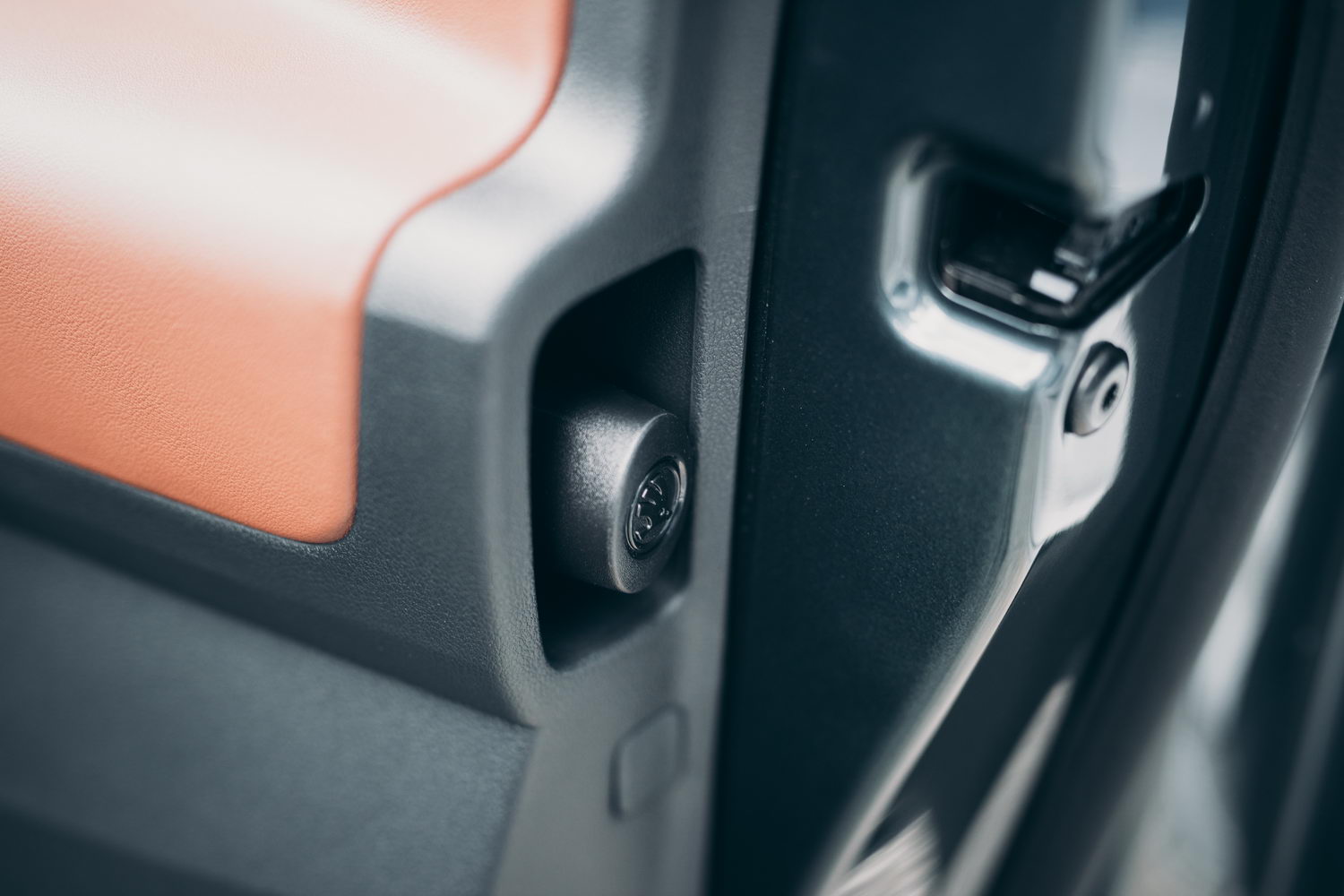 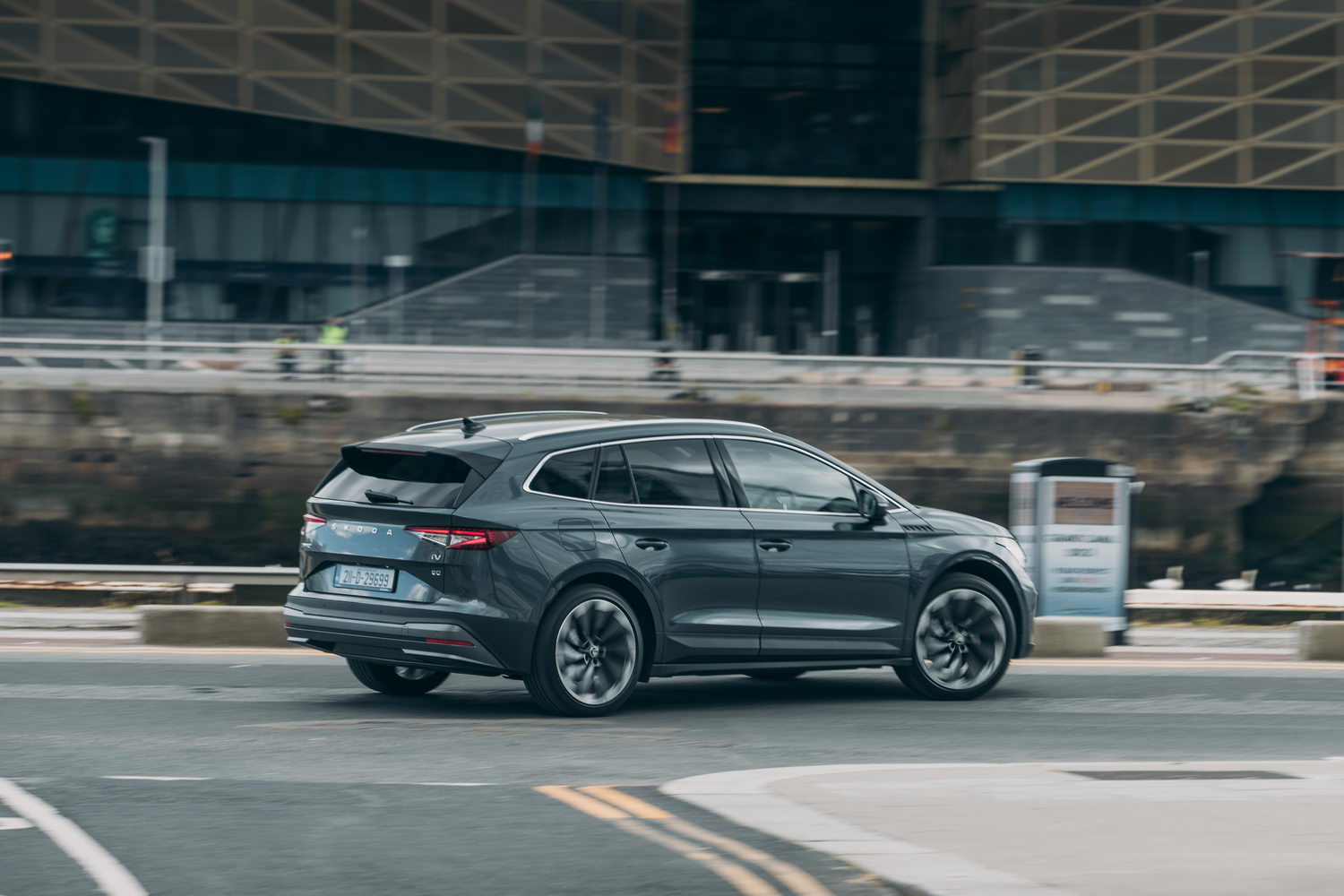 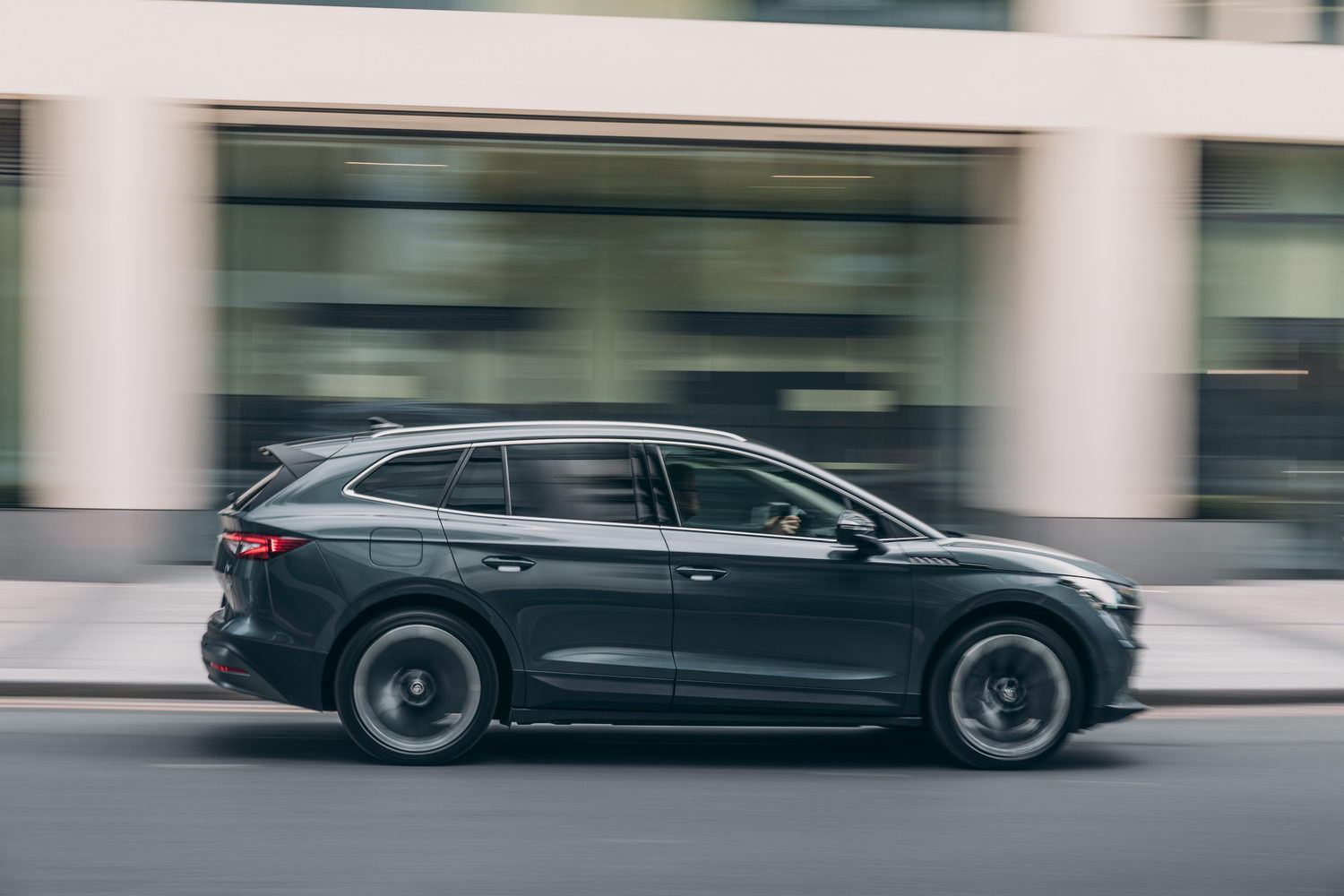 So, what's it really like trying to travel around Ireland by electric car?

With relatives spread out across the island of Ireland, I've always felt more than a little flaky about trying to get around and visit them by electric car. Living in Belfast, and with my parents' house in West Cork, up until now, trying to get from one to the other on battery power has been a big no-no (unless I happened to have a Long-Range Tesla Model S to hand, which mostly I didn't...). Can you imagine trying to do that 800km round trip in a first-generation Nissan Leaf?

However, now that the latest generation of longer-range EVs are available, and with inter-county travel opened up again (plus I've had my two jabs...), it seemed like a trip to the ol' family homestead by EV would be a perfect way to really see what the new Skoda Enyaq - probably our current favourite EV (no pun intended, alright maybe a little pun intended) is truly capable of.

So, our journey would start in Dublin, where I collected the Enyaq from a location just off the Naas Road. We started with a 97 per cent charged battery, indicating a potential range of 440km. Now, that's a lot less than Skoda's quoted 535km range for this, the top-spec Enyaq 80, with its massive 77kWh (useable) battery. However, there are extenuating circumstances - our Enyaq came with options such as a hefty glass panoramic roof and large 21-inch alloy wheels, both of which do range no favours. Equally, only a precious few EVs ever actually display their official full-charge range on a full charge, and those that do are probably telling porkies...

So, we headed off down the N7, M7 and M9 towards Waterford in full confidence. It is possibly the most refreshing change in electric motoring yet that, with the latest generation of electric cars, you can just strike out on a relatively long haul, between major cities, and not be too bothered about actually reaching your destination. Heck, we even had the air conditioning on most of the time.

Driving in Eco mode (which holds back from ultimate performance, and which adjusts the aforementioned air conditioning to a suitably low-drain setting), the Enyaq cruised along in blissful near-silence. Overall refinement is arguably the Enyaq's best attribute, although the lack of engine rumble and wind noise means you are more aware of the occasional creak or groan from the cabin trim. That said, there aren't many of those - if refinement is the Enyaq's best bit, the cabin comes an incredibly close second.

Quality is excellent, its layout and design are rather easier to use than that of the Volkswagen ID.4, and the optional caramel-coloured leather of our test car added a note of, let's say decadence. Space in the back seats is excellent, and the 585-litre boot is bigger than those offered by the VW or the Audi Q4 e-tron. If there are interior bum-notes, they are that the flat-floor layout means your feet sit a little higher than you might think, which isn't great if you've got long legs, and that there are only two ISOFIX points in the rear seat - for a car designed, effectively, from a clean-sheet, that's not great.

It's also ironic, in a way, that what the Enyaq does best - cruising in comfort and silence on the motorway - is the worst thing you can do in an electric car. High-speed motorway cruising takes its toll on the battery, and even though the worst long-haul consumption we recorded was 22kWh/100km, it's enough to severely drain your reserves.

Having reached Waterford, and had a brief stop, I elected to carry on with the journey without finding a rapid charger for a top-up. That's partially because your choice of rapid chargers diminishes with equal rapidity the further you get away from Dublin, or from the main M7/M8 Cork-Dublin corridor.

Waterford, a city of more than 50,000 people, has just two rapid chargers, and those have only a 50kW output, so rapid is a relative term here. Given that more than 4,300 electric cars have been sold so far this year, it's clear that, in spite of recent improvements to the public charging network, it simply isn't keeping pace with demand for EVs. The recent announcement by the Department of Transport that a further 29 on-street 'slow' chargers are being rolled out is indicative of a lack of understanding that the visibility and viability of the charging network is critical to get buy-in from the public when it comes to electric cars. It's no good trotting out statistics and average-use scenarios - average use is no good to a driver left either queuing for a fast charger, or kicking their heels for hours on a slow 22kW charger.

Anyway, rant over (for now). I also wanted to see just how far the Enyaq could go, and figured, with around 47 per cent battery remaining, that we'd at least get as far as Cork without needing a plug. In fact, we did rather better than that.

Thanks to the lower energy demand of driving on an N-road, compared to a motorway (lower maximum speed of 100km/h, and thanks to traffic you're often going a little slower than that, plus there's lots of opportunity for brake energy recuperation), meant that the Enyaq could actually stretch its legs a little. In fact, thanks to average electric consumption dropping to 18kWh per 100km, we got all the way to Bandon - and the last and final 50kWh charger before our destination - before topping up. That topping up took a while - 90 minutes to reach a full charge, from around 11 per cent battery status when we pulled up. I know - that's not how you're supposed to use rapid chargers, but in my defence, in West Cork there are no chargers, rapid nor otherwise, and so I wanted to maximise the possible range. Added to which, my parents' house has no home charger, just an outside three-pin socket, so again I wanted to take on board a maximum possible charge.

It was that lack of local chargers that meant the Enyaq didn't quite get to show its full potential - on the basis of remaining battery charge when we reached Bandon, we'd have made it all the way to Schull without needing a top-up, but of course would then have been snookered for charging when we got there. Still, that's impressive - Dublin to West Cork on one charge is, as I said, something that would have been unthinkable just a few short years ago.

West Cork roads did reveal that the Enyaq, while sure-footed, is no sports car. Weighing almost 2,000kg at the kerb, how could it be? The poor-to-dreadful surface of the road between Bandon and Bantry also showed that while it's a smooth-riding thing most of the time, really bad tarmac can send shudders and bangs up through the structure. Hardly a surprise, I guess - Irish roads have long been the best way to undo the handling and ride development of even the best cars.

Returning to Waterford the next morning, having started with a full charge again (I topped up the 13 per cent battery we used getting from Bandon to my parents' house with the three-pin charger, which took five hours), we easily made it with around 50 per cent charge remaining. However, the return leg home to Belfast was a rather sterner test. It's all motorway (M9-M1-A1) and so would drain the battery mercilessly all the way.

Plus, I couldn't start with a full charge - using one of the 50kW chargers in Waterford, a Nissan Leaf with driver and two young children pulled in behind me. My conscience got the better of me, and so I left with just shy of 80 per cent charge, and a plan to top up at the 350kW IONITY charger just north of Dublin, at City North near Balbriggan.

Which was fine, but thanks to average consumption of 22kWh/100km for that journey, we reached City North with rather less margin for error than I'd have liked (less than 100km range was indicated) and the 350kW charger didn't seem to be giving its all - in fact, it seemed barely any faster than the 50kW charger had been earlier in the day. We've heard from IONTIY in the past that it can sometimes struggle to get power it needs delivered to some sites; was that slowing things down?

So, we come to a slightly mixed conclusion. The Skoda Enyaq is a brilliant car, electric or not. A little pricey maybe (our test car cost €57,000 options-in), but without question the most impressive of the four vehicles we've so far seen based on Volkswagen's MEB electric car platform.

Its range is sufficient to almost literally get from one end of the country to the other in one fell swoop, which is impressive, but like all non-Tesla EVs, it's slightly hamstrung by a public charging infrastructure that's lagging way behind. Too few chargers, certainly too few rapid chargers, and too many of them clustered around Dublin.

A generation ago, my father-in-law, who spent his entire career at the ESB, was involved in the Rural Electrification project. It was probably that which he was most proud of in his professional career, and justifiably so. I think we need something similar again now - a major push, a big gesture and less of the current penny-packet thinking when it comes to EV charging. A vehicle electrification project that would see a charging point on every home with a driveway (regardless of whether an electric car is registered there or not), and a vast expansion of the rapid charging network. Anything less is just not going to be good enough.

Read our detailed reviews of the Skoda Enyaq