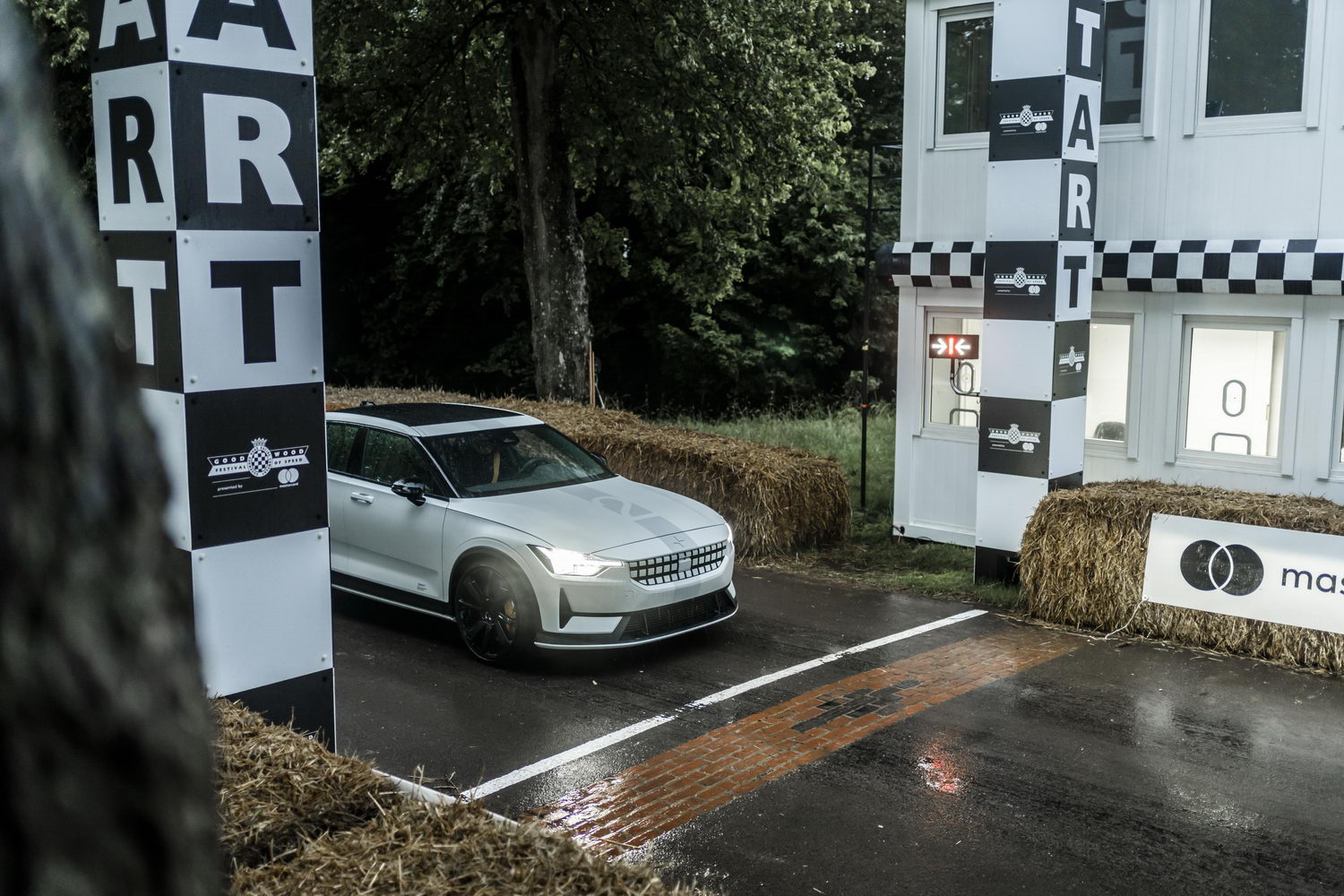 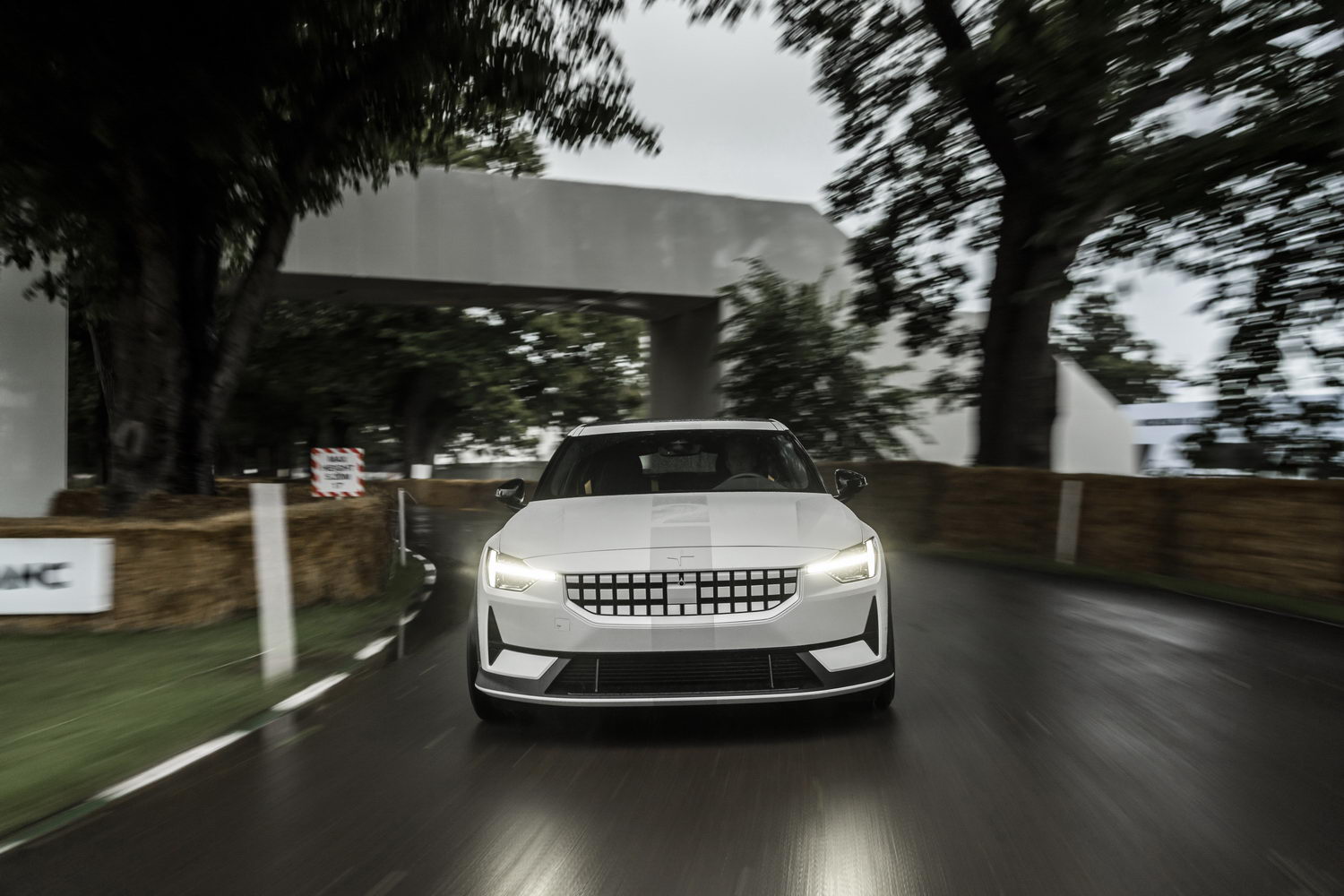 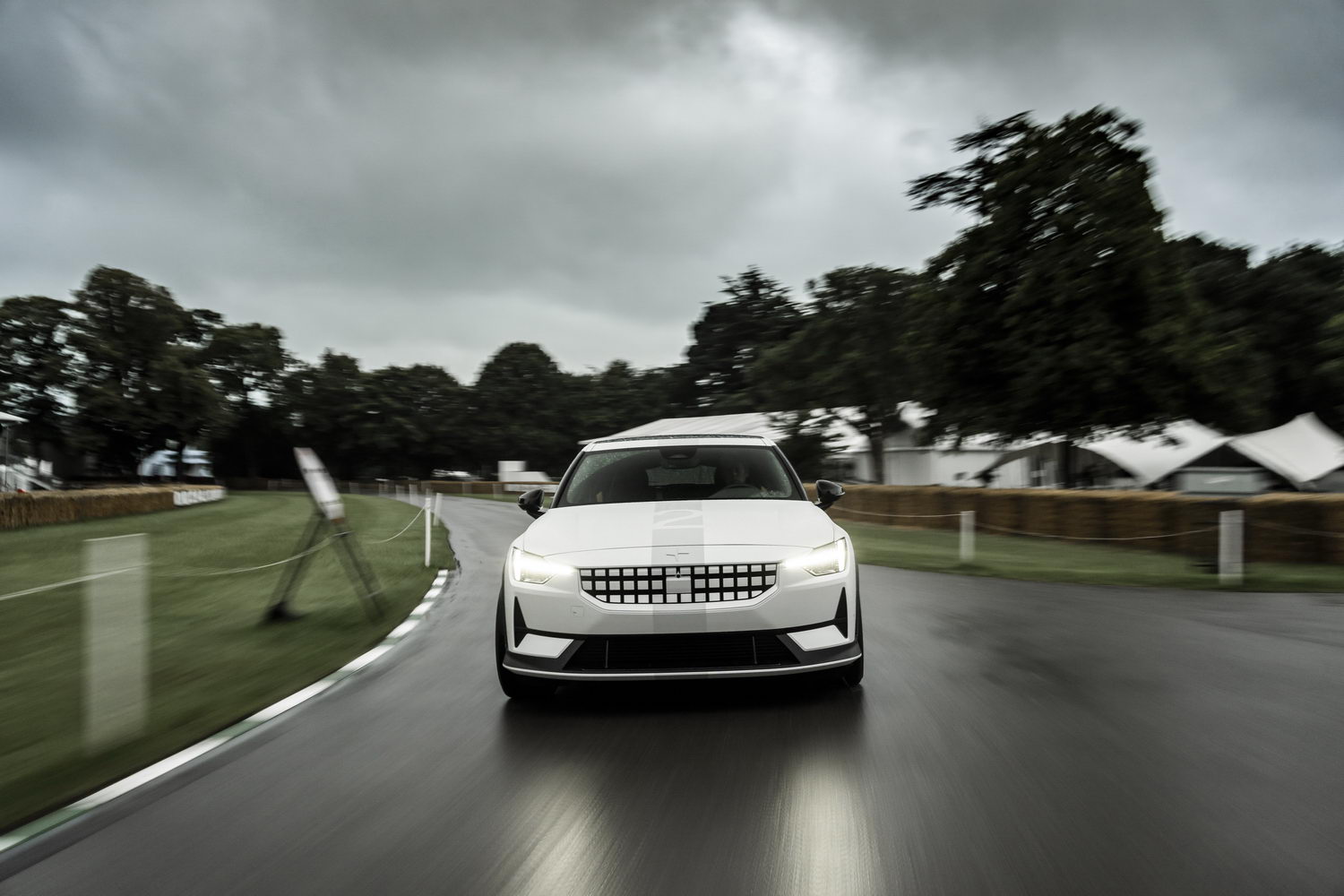 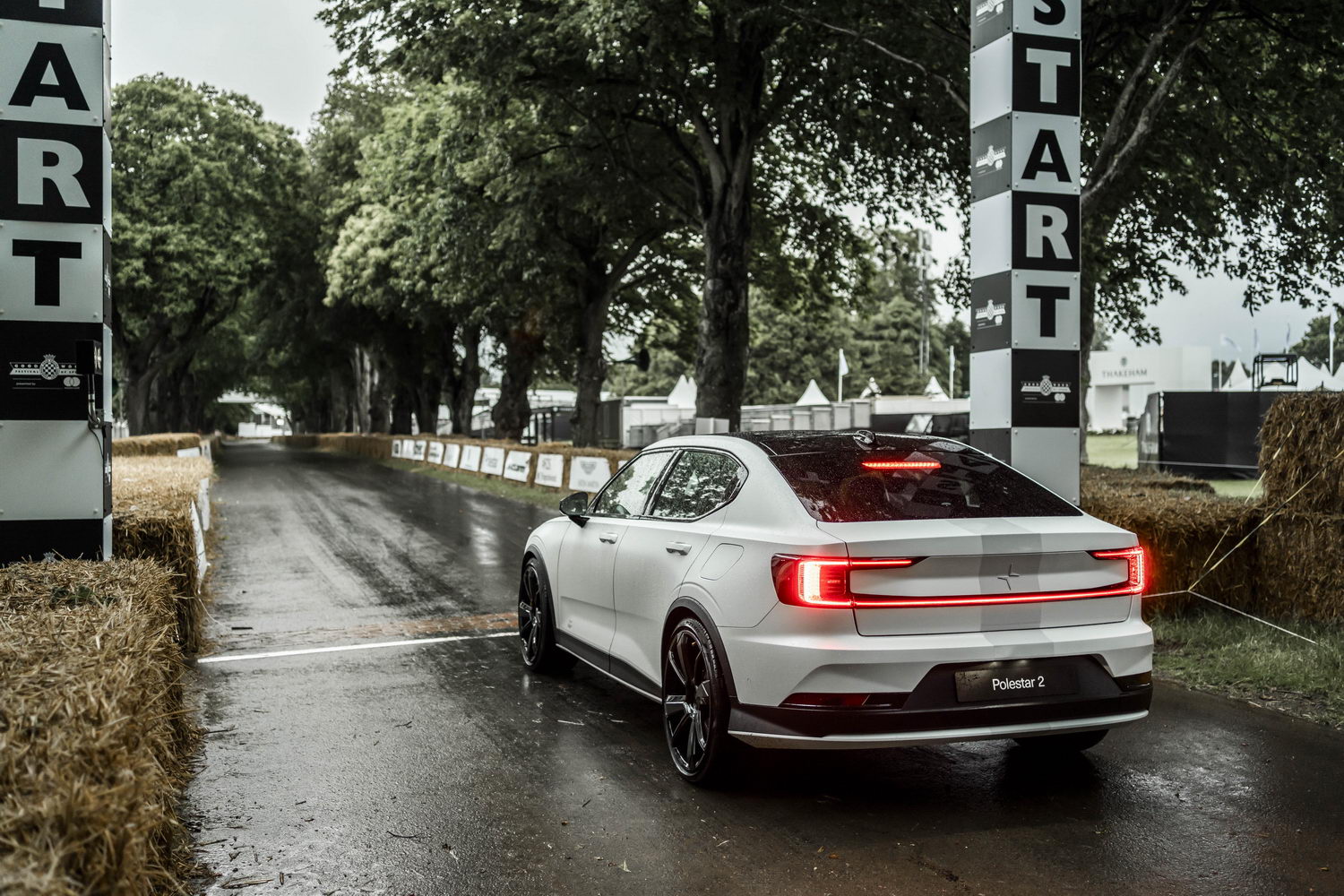 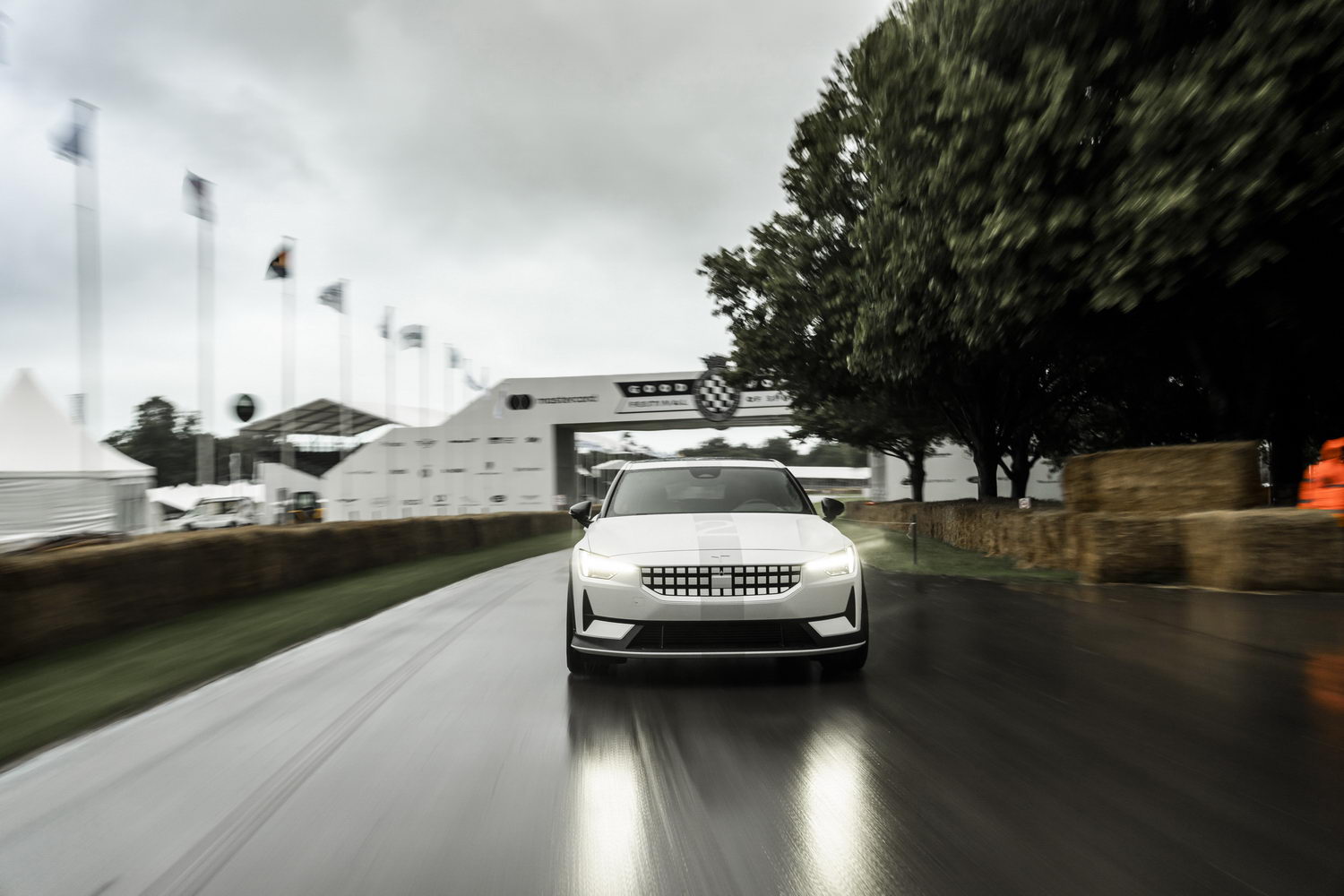 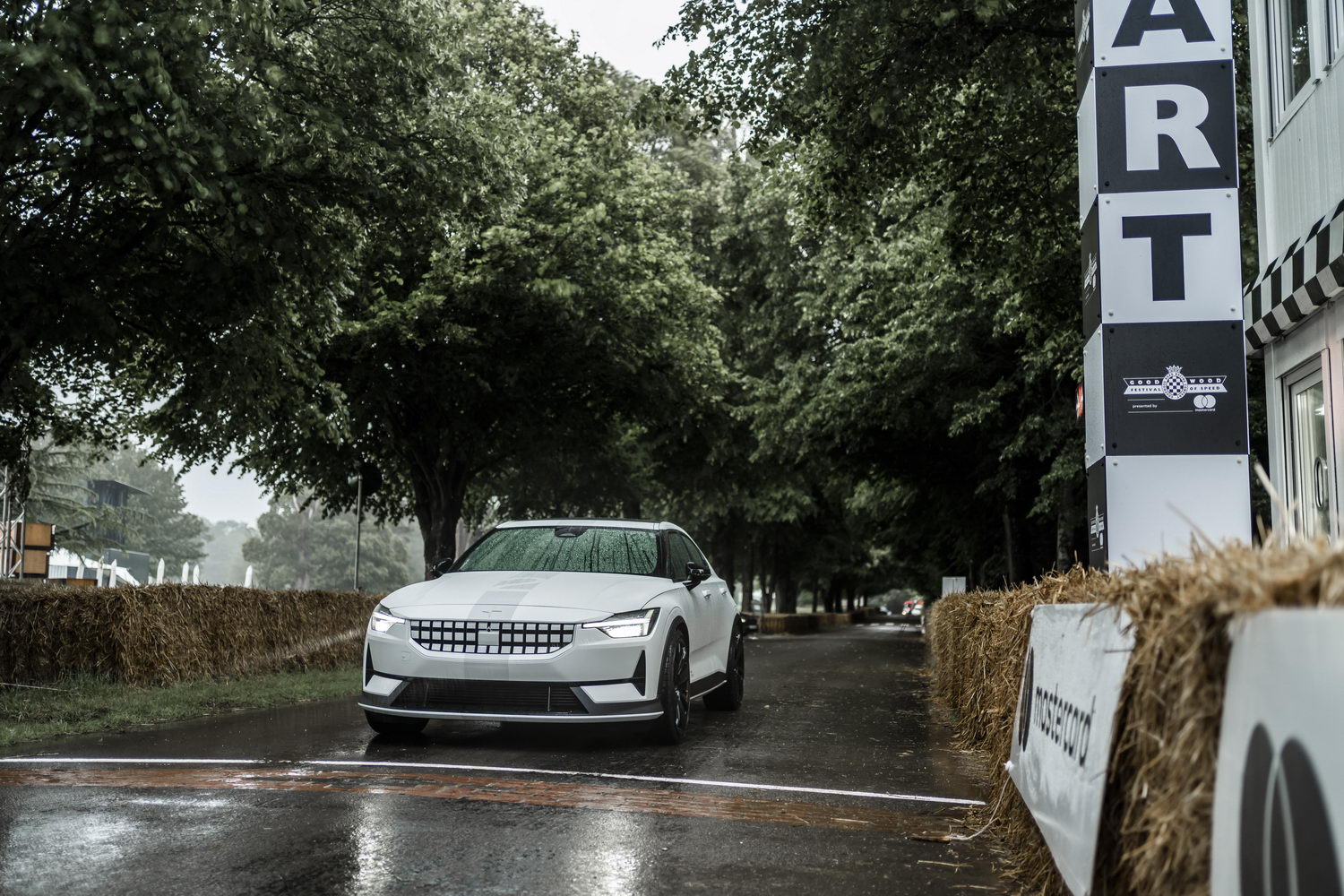 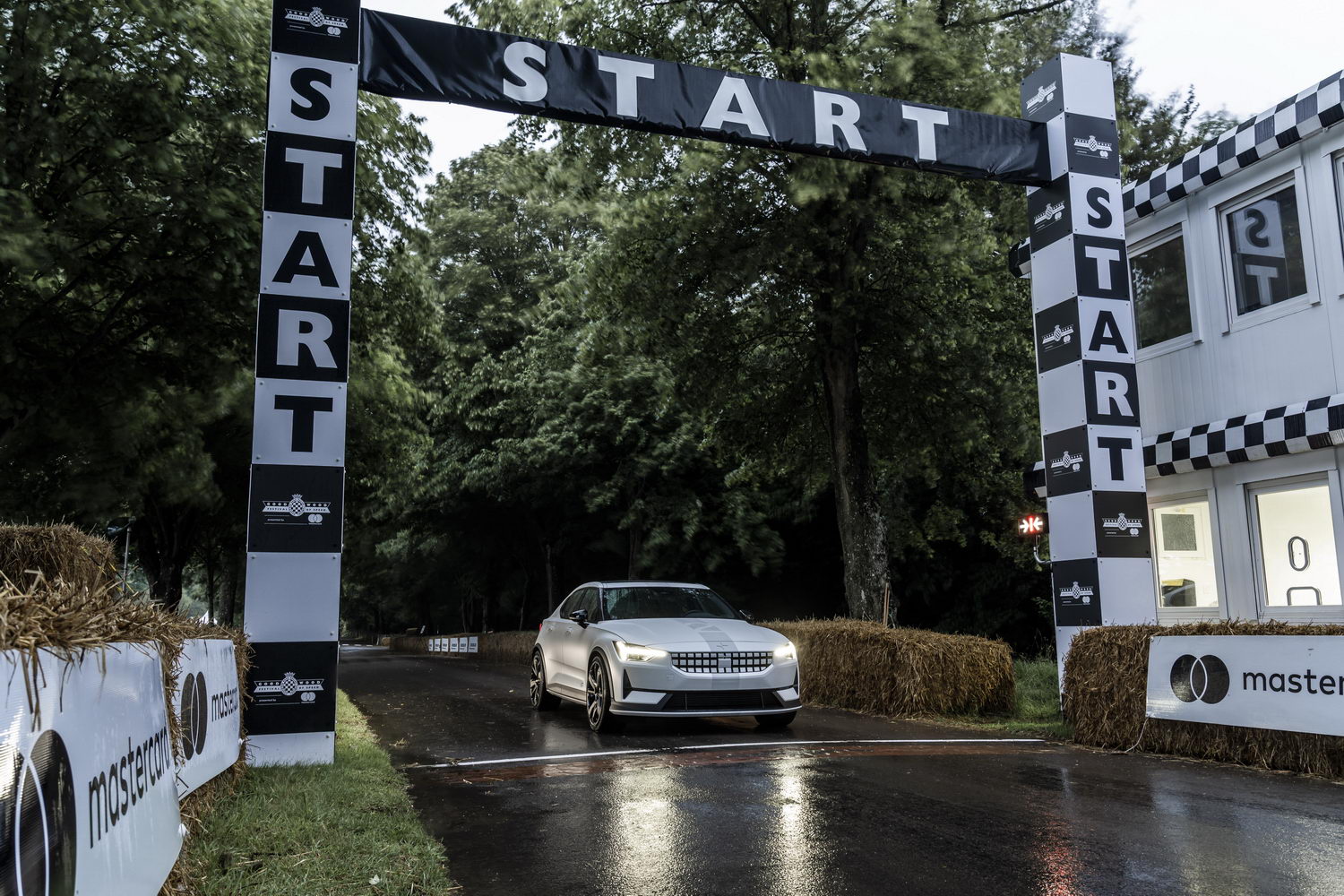 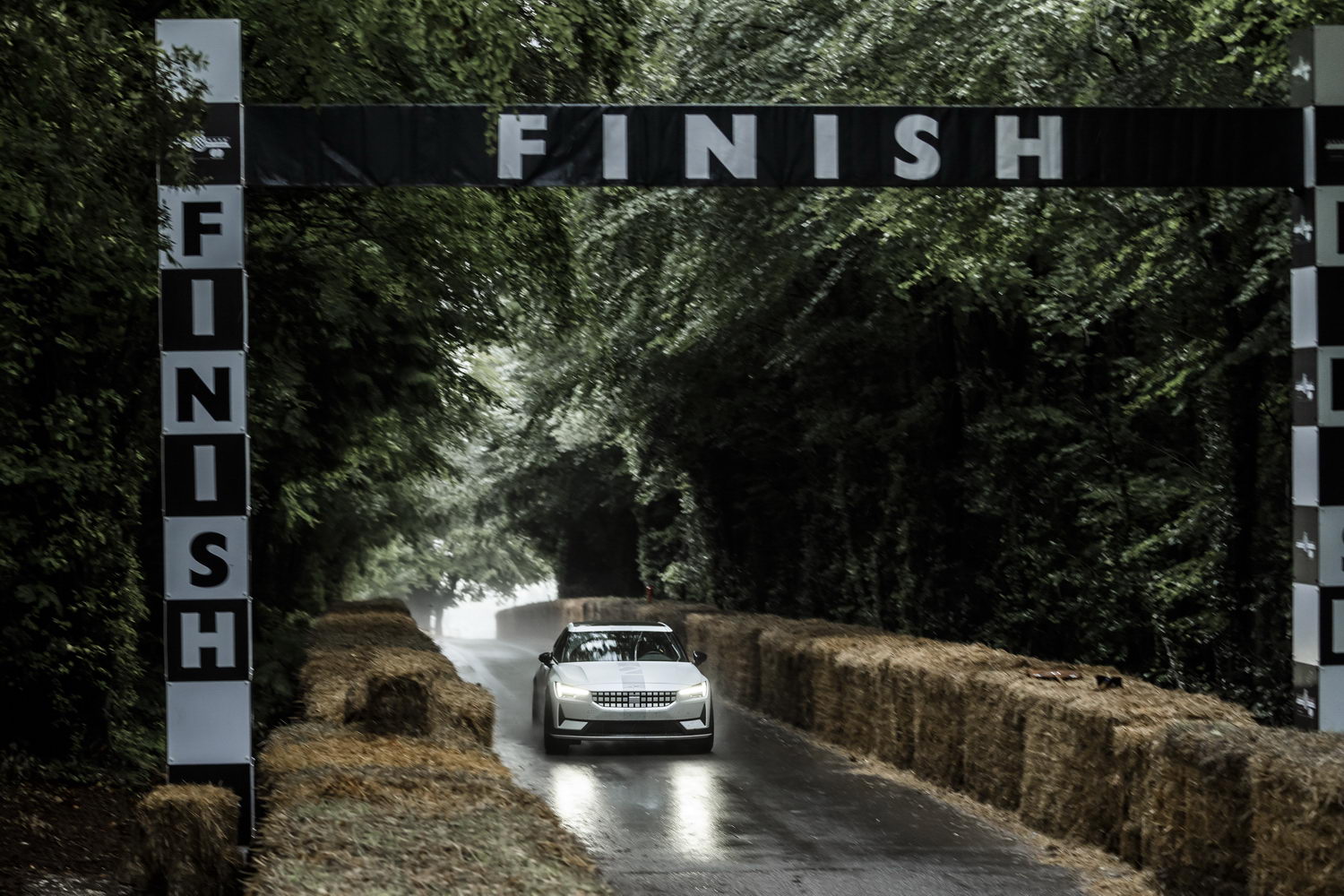 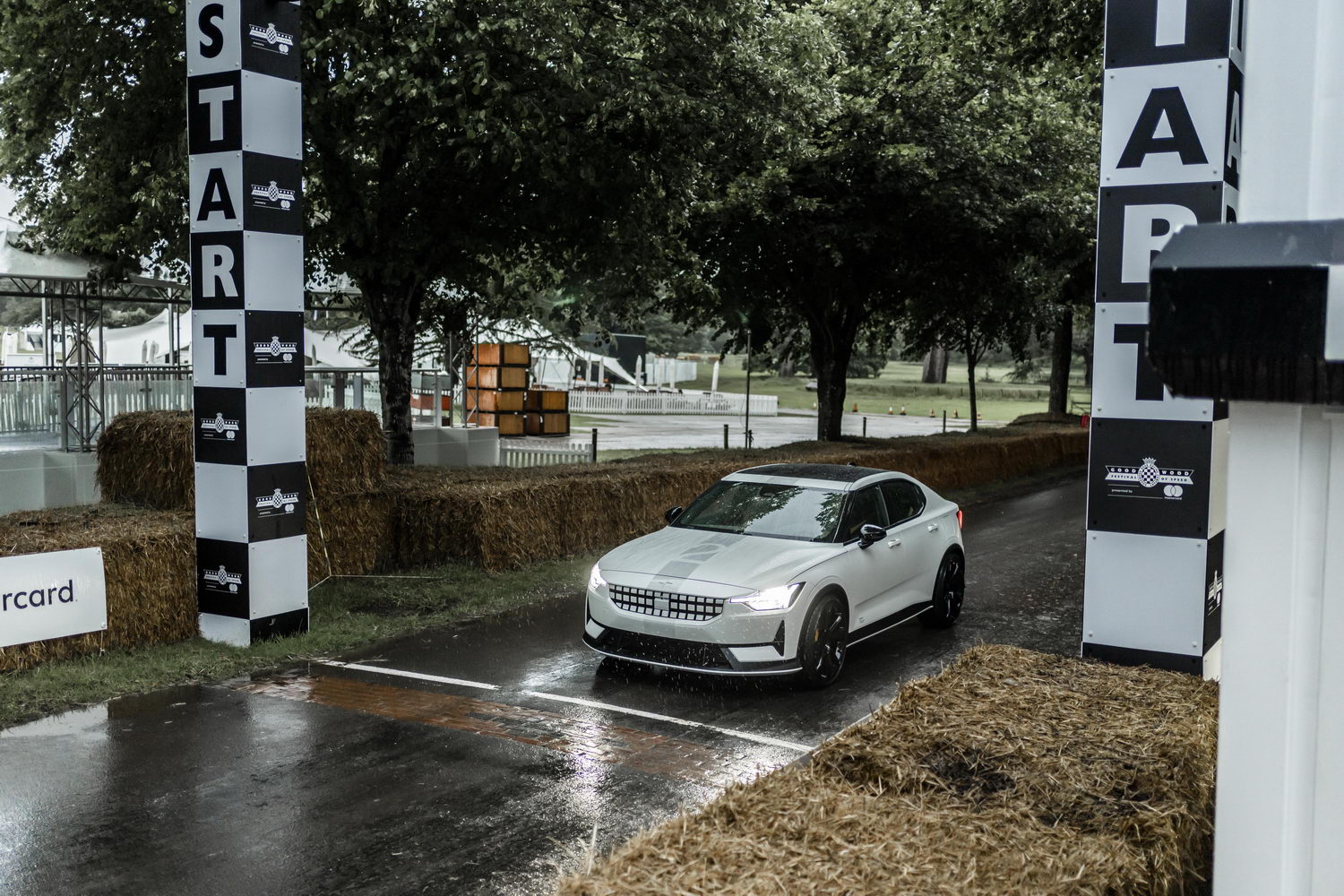 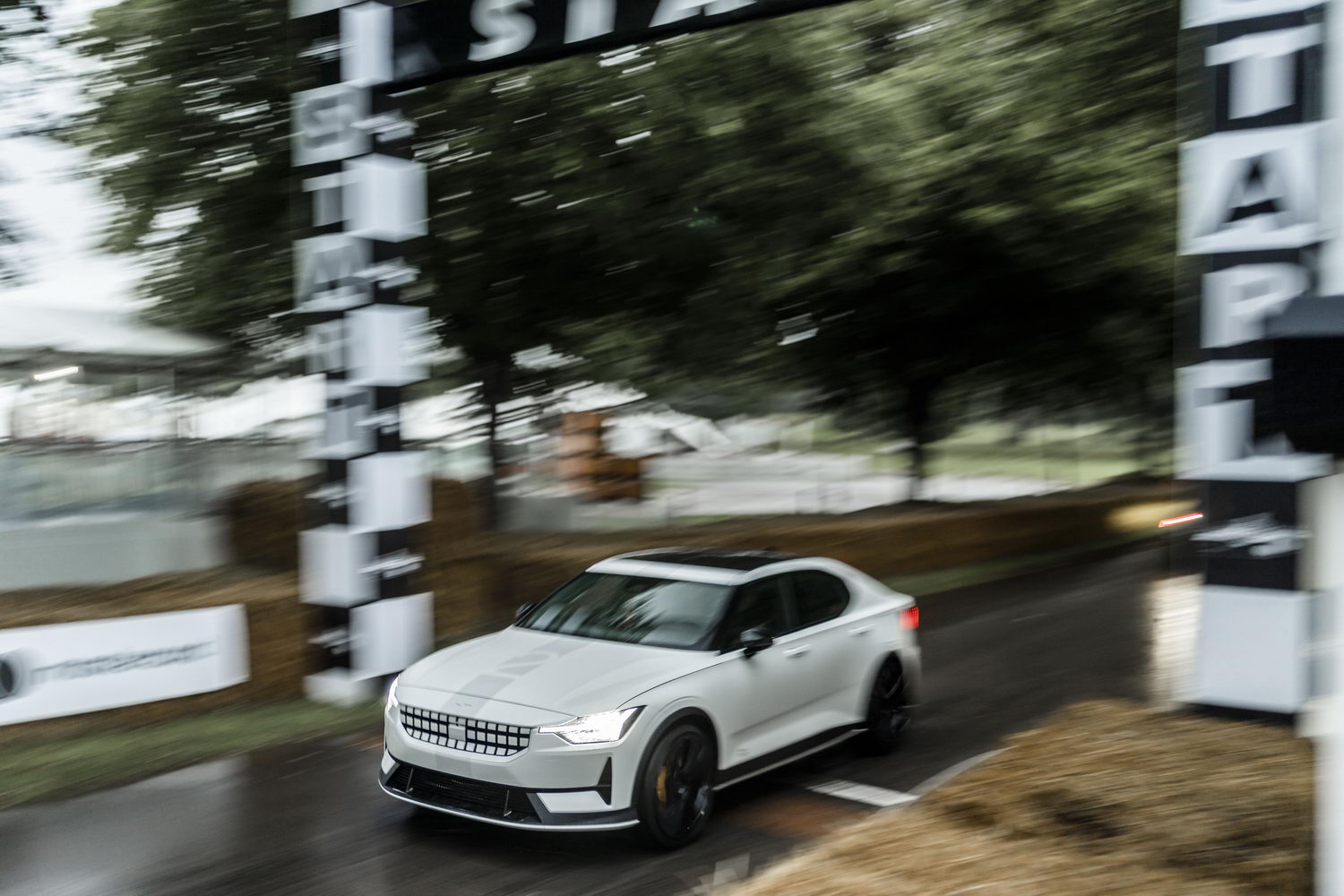 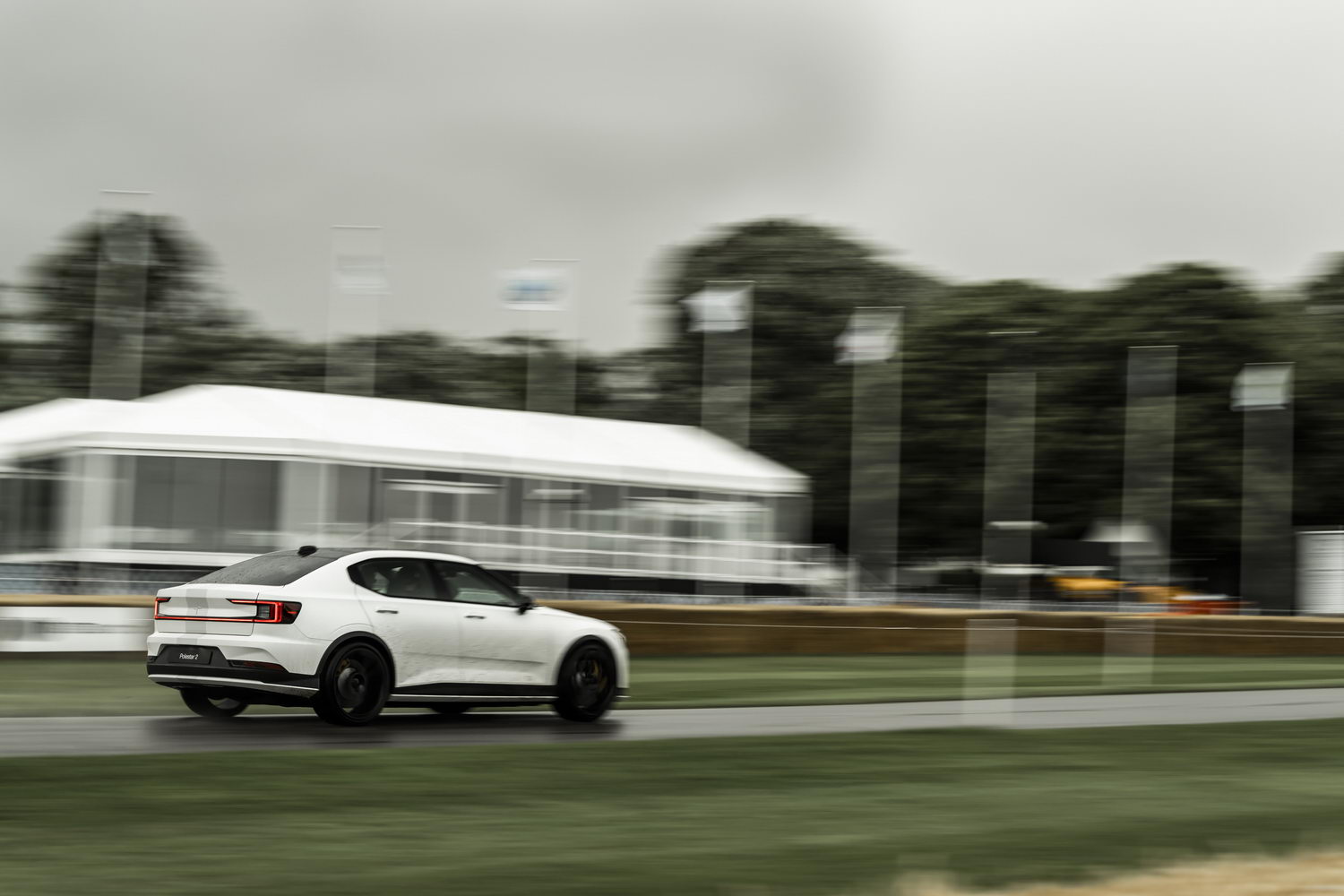 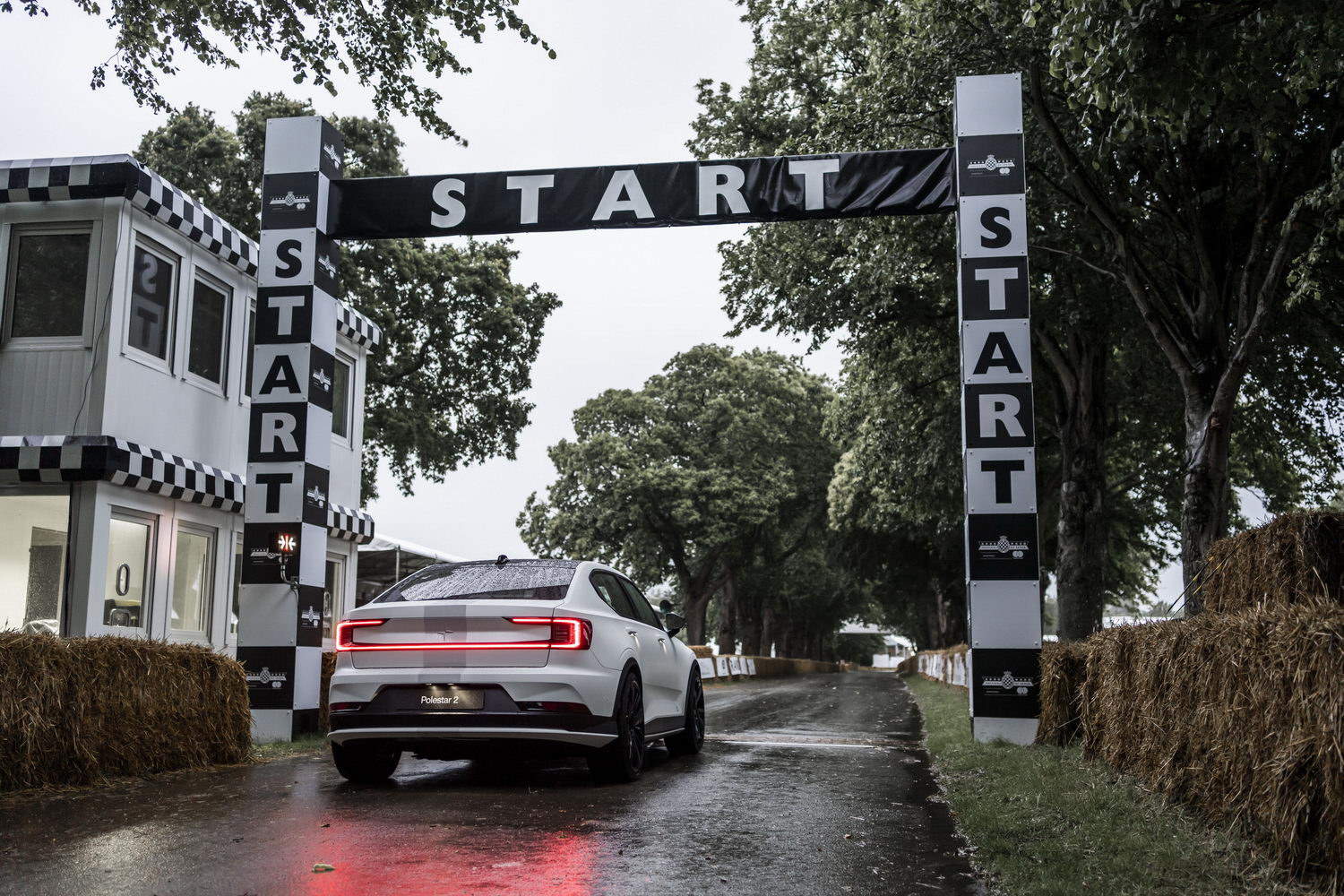 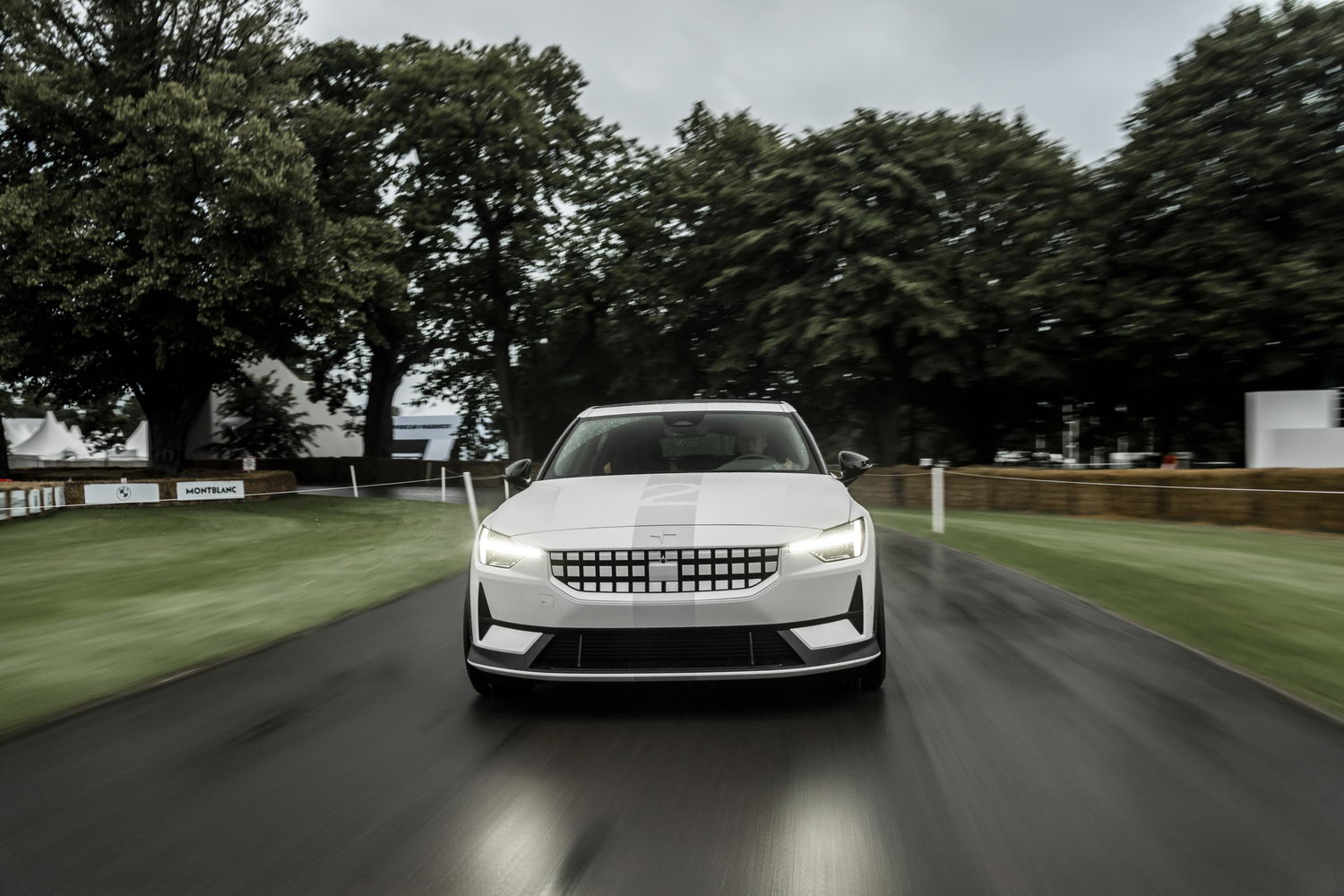 Polestar has revealed an experimental EV at the Goodwood Festival of Speed.

Polestar, the Swedish electric car company owned by Volvo, used the Goodwood Festival of Speed this week to reveal an upgraded version of its first fully battery-electric model, the Polestar 2. CompleteCar.ie went for a drive on the famous Goodwood circuit with Polestar's chief engineer, Joakim Rydholm.

The great thing about being a small team is that it's easy to make quick decisions and this is how cars like the Polestar 2 Experimental come along. Created in just a matter of weeks, it was the idea of Thomas Ingenlath, CEO of Polestar, to come up with something special for Goodwood. "I challenged the design and engineering teams to play with Polestar 2 and come up with something that makes a strong statement for Goodwood, "he says. "For a few months I have enjoyed driving another experimental Polestar 2, nicknamed 'Beast', around our Gothenburg campus, which inspired the team to come up with this version for Goodwood. We want to flex our muscles and explore opportunities."

Let off the leash

Head of design, Maximilian Missoni was tasked with coming up with tweaks such as the colour-coded grille, revised bumpers front and rear, a racing stripe and changes to the side skirts. However, the big changes were all the responsibility of chief chassis engineer, Joakim Rydholm. The car used is the long-range dual-motor Polestar 2, which gets a power hike from 408hp to 476hp, a significant leap, but that's only part of the story. There are new three-way adjustable dampers, as well as a carbon fibre strut brace up front and a similar one at the rear.

The Öhlins dampers look the same but they are not; their insides have been reconfigured to provide 40 per cent more compression front and rear. One of the unique things about the Polestar 2 is that it already provides the opportunity to manually switch between one of 22 settings on the dampers, which is still the case, but the Rydholm has set-up the experimental car to be 80 per cent stiffer at the front and 40 per cent stiffer at the rear.

The whole car has been dropped by 30mm, while front and rear tracks are wider by 10mm. Stylish 21-inch wheels have been added along with massive six-piston brakes from the Polestar 1. In order to accommodate the larger wheels and wider track, the wheel arches have been widened a fraction too, just enough to accentuate the stance of the car.

After hitting the Goodwood circuit and the roads nearby in a regular Polestar 2 to get a feel for the standard models, it was time to let Rydholm show us what his new creation could do. He'd never driven the famous circuit before, but as the chief engineer and a national class rally champion in Sweden, he wasn't going to hang around.

The jump in power was immediately noticeable, the standard model running out of oomph much earlier than the experimental version, which accelerated faster and then just kept going. It's flatter on the illustrious tarmac too and, in the hands of Rydholm, it verged on being playful, happy to respond to steering inputs even while on the limit mid-corner. The tyres held their grip through the corners as though this was a race car and body lean was minimal. Even with all the adjustments, it didn't feel overly firm, but we suspect it might not have been so pleasant had we ventured out on to the road.

Will Polestar build it?

It seems unlikely Polestar will build the car as it was created for Goodwood. There is a rumour that just as Volvo has Polestar Engineered for performance upgrades, so too might Polestar itself create a performance line to take on Audi RS, BMW M and Mercedes-AMG. Rydholm is like a kid in a candy store when he talks about his work on not just the experimental car but all Polestar models, so we can only imagine what he would do with a performance line. One thing's for sure, as someone who always likes to do just one more lap, he'll have a great deal of fun doing it.